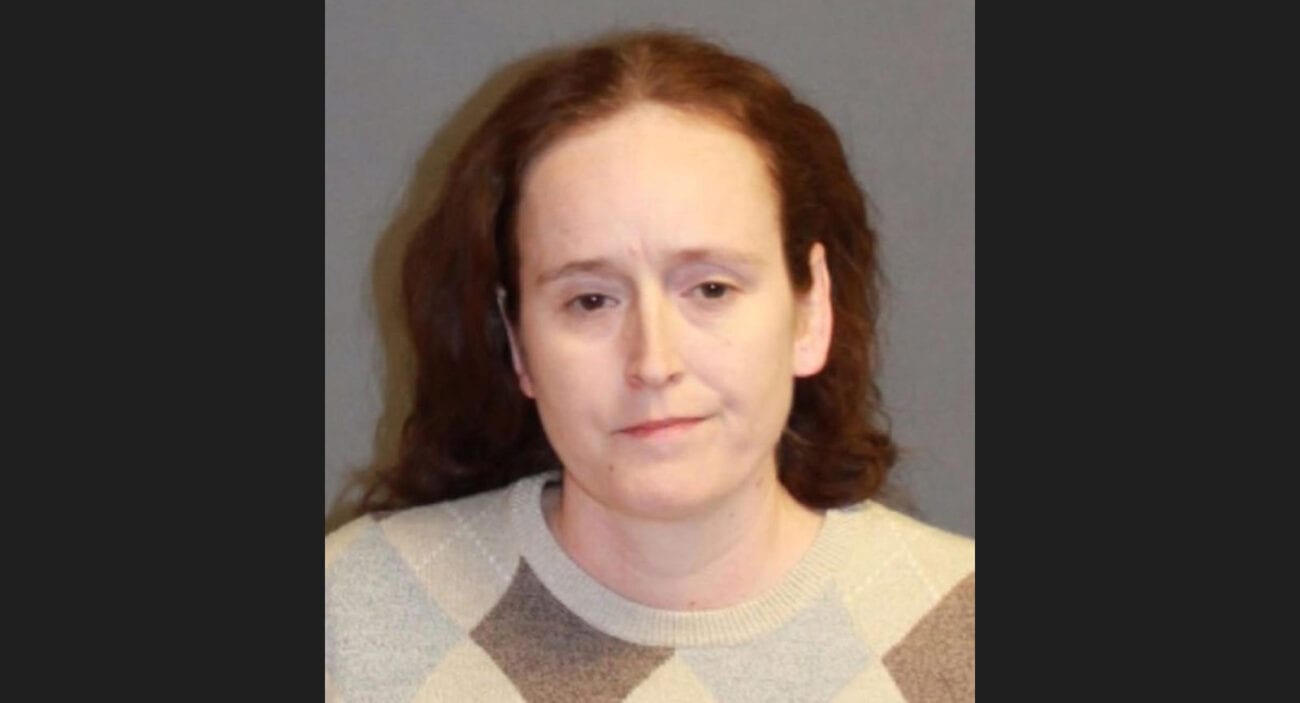 The con artist and seductress who scammed people across the U.S.

Dana McAllister, Genevieve Morgan, Miranda Matthews, Miranda Bent, Olivia Allison, Olivia Lauder. These are only some of the aliases con artist Dana Lawrence went by. She assumed a myriad of identities in many places, scamming person after person as she went.

Most times when you hear about sociopaths you think of serial killers, but Dana was more akin to a sociopathic CEO. She knew how to manipulate people out of their money. Dana made a career out of being a con artist. She had no qualms about lying, whether she was lying about going to Harvard or lying about being an heir to the Esdee Lauder fortune. 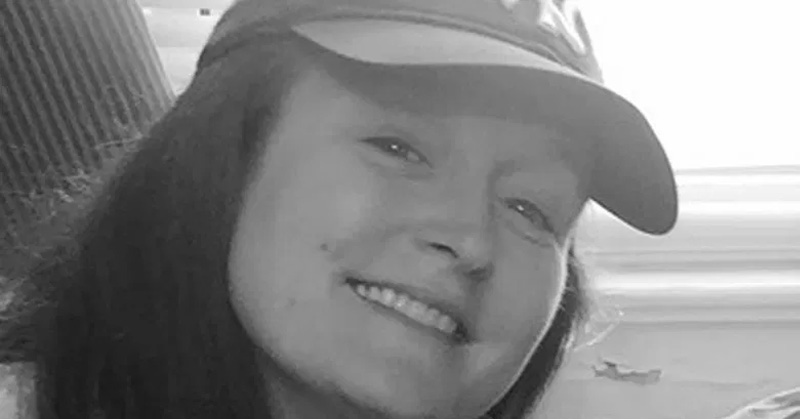 If after reading this article you still want to learn more about Dana Lawrence, check out “The Swindling Seductress” episode of the CBS series FBI: Declassified. 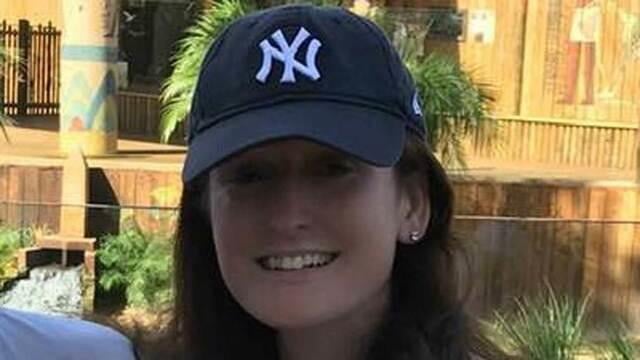 Career as a con artist

Dana Lawrence was on the run for thirteen to fourteen years. It wasn’t always that way. She grew up in St. Augustine, Florida and never graduated from high school. As a teenager, she gave birth to a baby girl who she gave up for adoption. She married a man in Provo, Utah, but when the marriage ended she moved to Chicago, Illinois. From there she moved to New York City. Here her con artist lifestyle went into full swing.

She met a man named Chris in New York City. He was a student from a very wealthy family. Once Dana surmised Chris’s advantageous financial situation the cogs in her brain started turning. Two weeks in their courtship, Dana started acting strange. Even after Chris ended their relationship, Dana continued to stalk him and his family.

She then informed him that she was pregnant with his child although she never put his name on the birth certificate. This child she didn’t end up giving away. Dana named her Kennedy, and would later use her to garner sympathy and trust throughout the years. 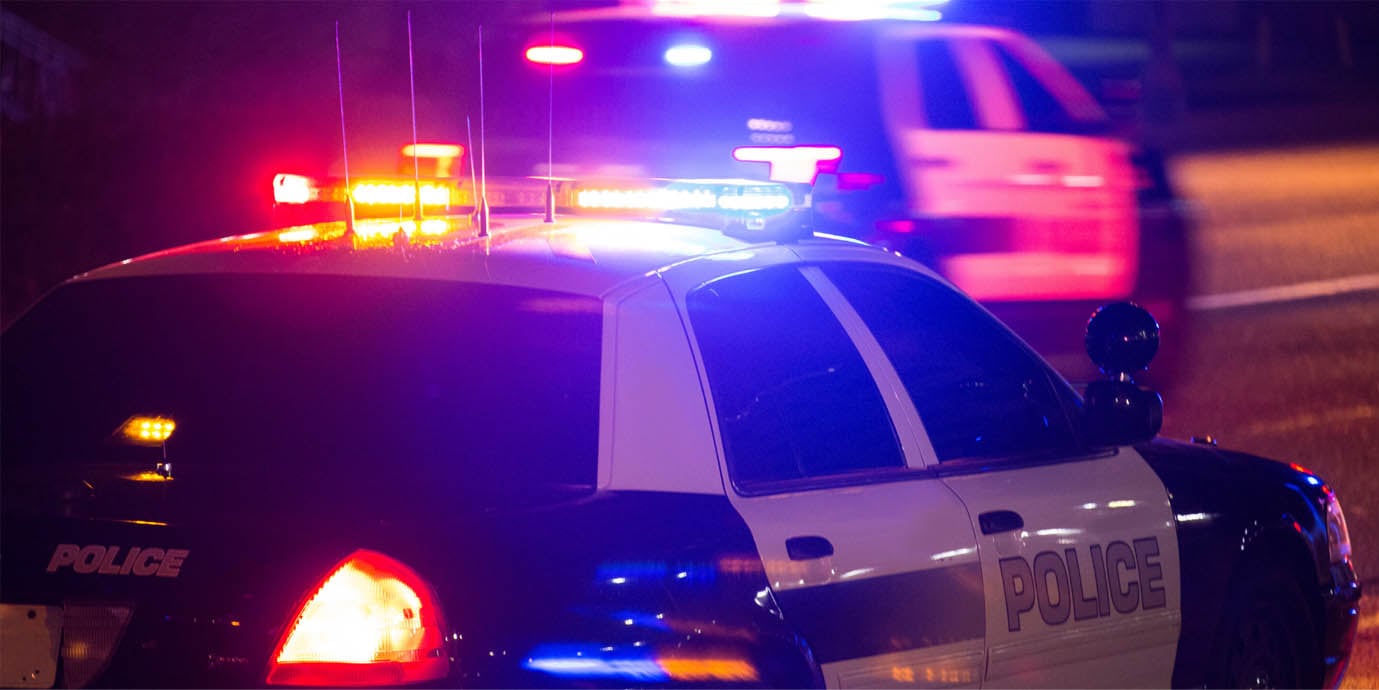 Dana eventually moved to Orlando, Florida where she used a credit card with the name of a company she had never worked for. She used this credit card to leave big tips at bars and such. One day she had a one night stand with a bartender named Kevin. She informed Kevin she was pregnant with his child. The child, later named Avery, was born in 2001.

Dana then met a man named Bill who she briefly moved with to Indiana. Once Bill gave her five thousand dollars to start her own cleaning business, Dana took off with her children for Massachusetts. Surprisingly or not so surprisingly, when Bill contacted Dana about what happened, she told him she’s pregnant with his son.

Bill wanted to be present in his son’s life so he moved his entire life to be with Dana in Massachusetts. They named the son Harper. It’s interesting to note that Dana also left Bill’s name off Harper’s birth certificate. In 2003 they moved to Rhode Island. 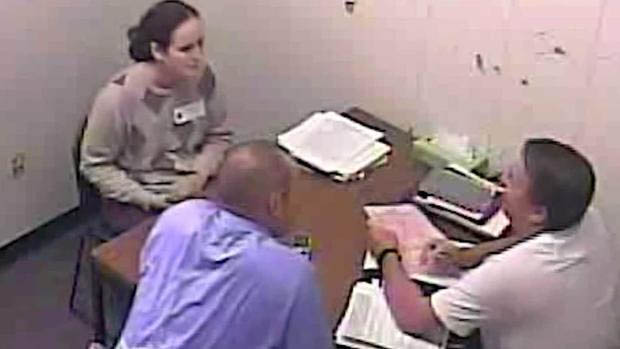 Reported to the police

Dana would do things like lie about going to prestigious schools and say she came from a wealthy background to people she met. She told a woman named Lydia that she had money from a family trust fund on its way to her. When Dana said she needed to be loaned some money to move to New York City until the money came in, Lydia didn’t suspect a thing.

In fact, Lydia even gave Dana a credit to use for emergencies. Having been shown fake letters from an accounting firm, Lydia trusted Dana would pay her back in short order. After over twelve thousand dollars worth of “emergencies” had been charged to Lydia’s credit card and another woman in Rhode Island told Lydia she’d been scammed by Dana, Lydia started investigating. 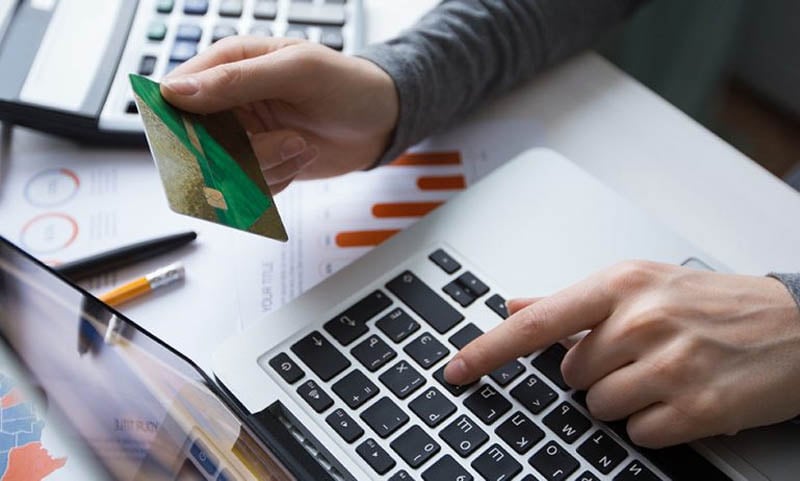 Lydia went to the accounting firm printed on the letterhead of a letter Dana had given her as proof of her inheritance, but discovered no such accounting firm existed.  It was then she filed a police report on Dana.

Dana had moved on to her next con artist scheme. She told a man named Ben that she needed shelter from her abusive boyfriend. Ben was a military man and he was eventually deployed to Afghanistan. Dana wasted no time using his credit cards while he was away. Ben’s family noticed this fraudulent activity and reported it. Dana fled to Canada when the New York police came to question her. 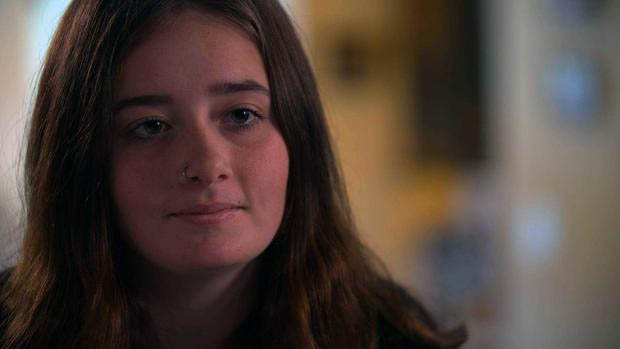 Once Dana gave birth to a boy named Jackson, she tried to come back to the U.S. She was caught since a warrant was out on her, and sentenced to jail for two years. She was also given nine years of probation in order to pay $47,000. She decided to put Jackson up for adoption once she was arrested. Her other kids were separated from each other.

Kennedy went to live with Dana’s sister, Harper to his father, and Avery to her father. It was a very confusing time for them. To Kennedy’s disappointment & great befuddlement, when Dana was released from jail, she was not reunited with her siblings. The fathers of Harper and Avery wouldn’t allow Dana to see them so Dana only retrieved Kennedy from her sister and fled her probation to Chicago, Illinois.

There she scammed a stockbroker named Mike & his family by convincing them to donate over $72,000 to fake non-profit organizations & charities. When U.S. marshals came looking for her on a day she happened to be out, she knew the jig was up, so she fled once again. This time, to Miami, Florida. There she stole $28,000 from a non-profit where she had gotten a job. 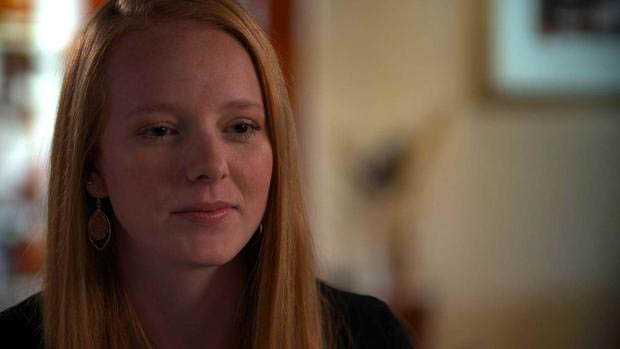 Although Dana & Kennedy briefly moved away from Miami, they ended up having to come back when police became involved in one of Dana’s new relationships. Dana managed to land a job at Kennedy’s school in the financial department. She, of course, then began stealing from them. One of the coworkers Dana was stealing from reported her so Dana told Kennedy it was time to leave again.

All that time Kennedy had never really understood why she and her mom had to keep moving around. Her mother had always given her vague answers about someone bad coming for them and this time she wasn’t having it. Kennedy told her mother she wanted to stay because she was tired of starting over. Surprisingly, Dana said okay. She left her daughter to live alone in the Miami house.

Kennedy was happy for a while, thinking her mother was respecting her wishes to be happy, but she eventually ran out of money and had to call the police. Kennedy was placed into foster care and then sent to live with her aunt again. Unbeknownst to anyone, Dana was in Savannah, Georgia living under an alias. She stole from her job yet again (this time about $30,000) and was reported to the police. 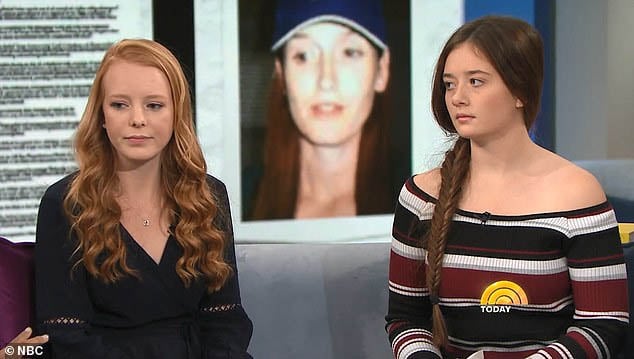 Dana moved to Asheville, North Carolina. There she had a troubled relationship with a man named Matt so she moved to Denver, Colorado. Dana then called Matt and told him she was pregnant with his child. Like Bill, he uprooted his life and moved to Denver to take responsibility as a father. They name their daughter Arden, but in due time Dana grabbed Arden and took off. Matt looked for Dana and his baby girl for years.

He didn’t know they’re living in Baltimore, Maryland under different names. Dana ran multiple scams there, including tricking a Jewish community into donating money to her because she claimed to be a woman impregnated by an abuser. When the due date came close, Dana announced she was in a car accident that made her lose the baby.

Dana skipped out of Maryland and posed as a grant writer for the city of Bridges, Pennsylvania. When Dana got angry at her colleague Kim because she refused to give her account information she needed to steal money, Dana stole her fate. Dana threatened Kim and Kim reached out to a friend. This friend happened to be FBI special agent Mark Hastbacka. 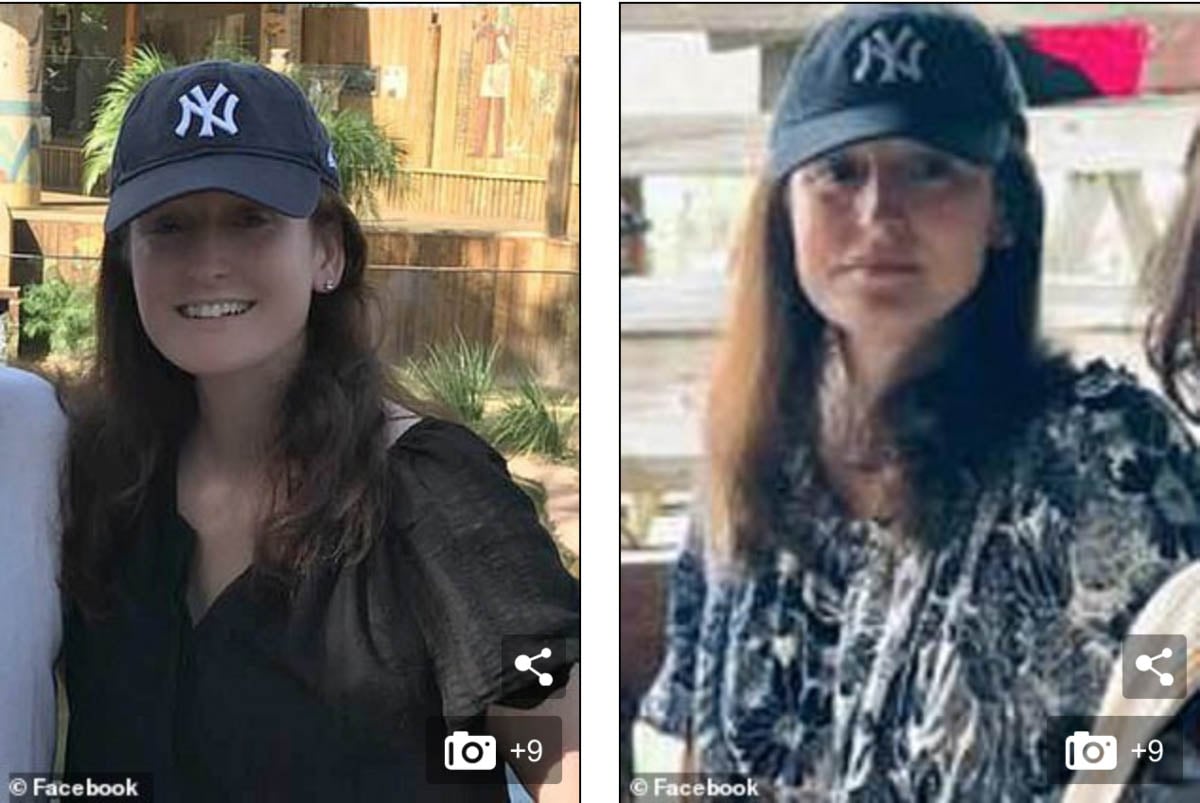 Caught but will she stop?

Dana was finally caught in Nashua, New Hampshire. After a thorough session of questioning by the FBI, Dana gave them her real name. They found that she was wanted in Rhode Island. When they were transferring her to jail, Dana nonchalantly taunted Mark Hastbacka saying they only knew about 20% of what she had done. She was confident they would never be able to discover the rest.

She was wrong, mostly. Mark uncovered much of the swindling she had committed. Dana pled guilty to using a false social security number, thinking she would get away with a six-month sentence. She ended up being sentenced to eighteen months because of how little they were able to charge her with. Mark still thinks they only know about seventy-five percent of what Dana’s done.

Dana was released from prison in 2o18 and will be on parole until 2021. Her two daughters choose to be estranged from her. Dana owes $28,000 in restitution. Having gotten away with a pretty lenient sentence, it seems con artist Dana Lawrence isn’t finished swindling people. She has already told a man she had only a month-long relationship with that she’s pregnant with his child.