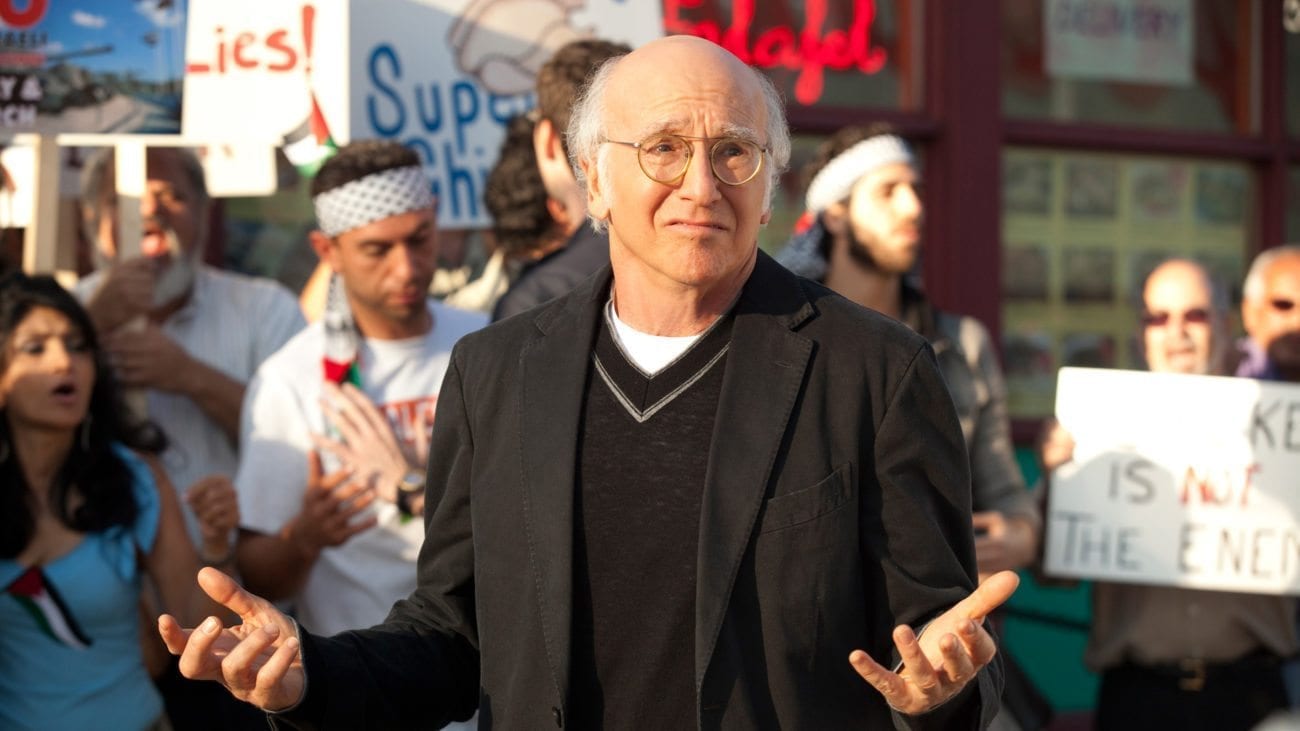 Pretty good! ‘Curb Your Enthusiasm’ back this October

A six-year hiatus is over. Curb Your Enthusiasm season 9 finally has an airdate: HBO’s beloved comedy will return on October 1st.

Fans were delighted when HBO made the announcement, posting a teaser trailer featuring Larry David (Seinfeld) dressed as Julius Caesar. The new season promises more of his signature sarcasm and the cringe-fest the show for which the show is famous.

Also returning to the show are Jeff Garlin (The Goldbergs), Susie Essman (Keeping the Faith), and JB Smoove (We Bought a Zoo), along with Mary Steenburgen (Step Brothers) and her real-life husband Ted Danson (Cheers).

If you haven’t seen Curb Your Enthusiasm, you may be wondering what all the fuss is about. The genius of the show stems from creator and star Larry David’s own experiences as a writer & television producer in LA. He plays a fictionalized version of himself; a lot of the show is improvised, leading to some great moments of comedy, usually to do with Larry’s social faux pas.

Guest stars often play themselves in the series; notable appearances from the first 8 seasons include Mel Brooks (The Producers), Martin Scorsese (Goodfellas), Ben Stiller (Zoolander), and Ricky Gervais (The Office). So far, the only guest star announced for season 9 is Lauren Graham, who admitted she found the improvisation a challenge after such a carefully scripted part on Gilmore Girls. “All you get is an outline and then you improvise around it”, she explained, adding that co-star Ted Danson “was like, ‘This is cable. You can really [let loose]. Think of the craziest thing possible.’ And my brain so doesn’t work that way.”

To Mary Steenburgen, coming back felt completely natural. “It honestly felt like no time had passed and we started the next day. It felt exactly the same. I’m sure we all look a little bit older, but other than that, it’s exactly the same.”

Watch the trailer for the next season here.