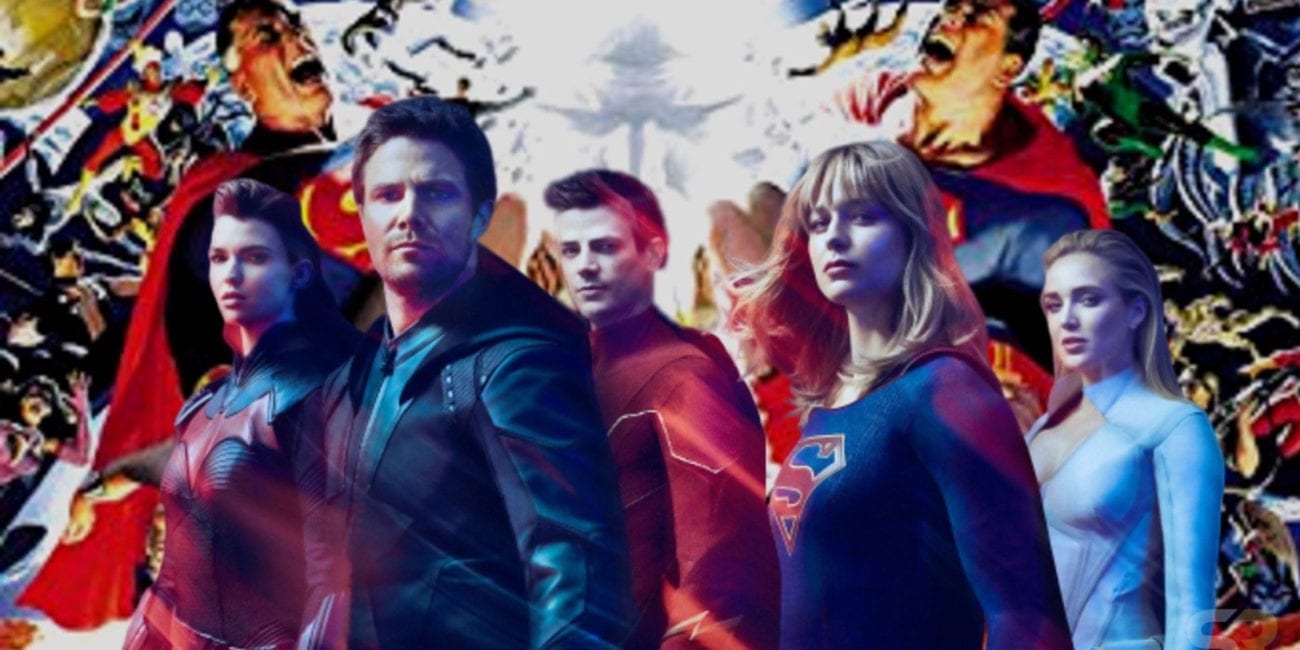 ‘Crisis on Infinite Earths’: What DC characters will make an apperance?

Film Daily has already told you every single thing that we knew about Crisis on Infinite Earths. For those who don’t know every single player in the Arrowverse, we’ve come up with this handy guide to all the characters you can expect to see. 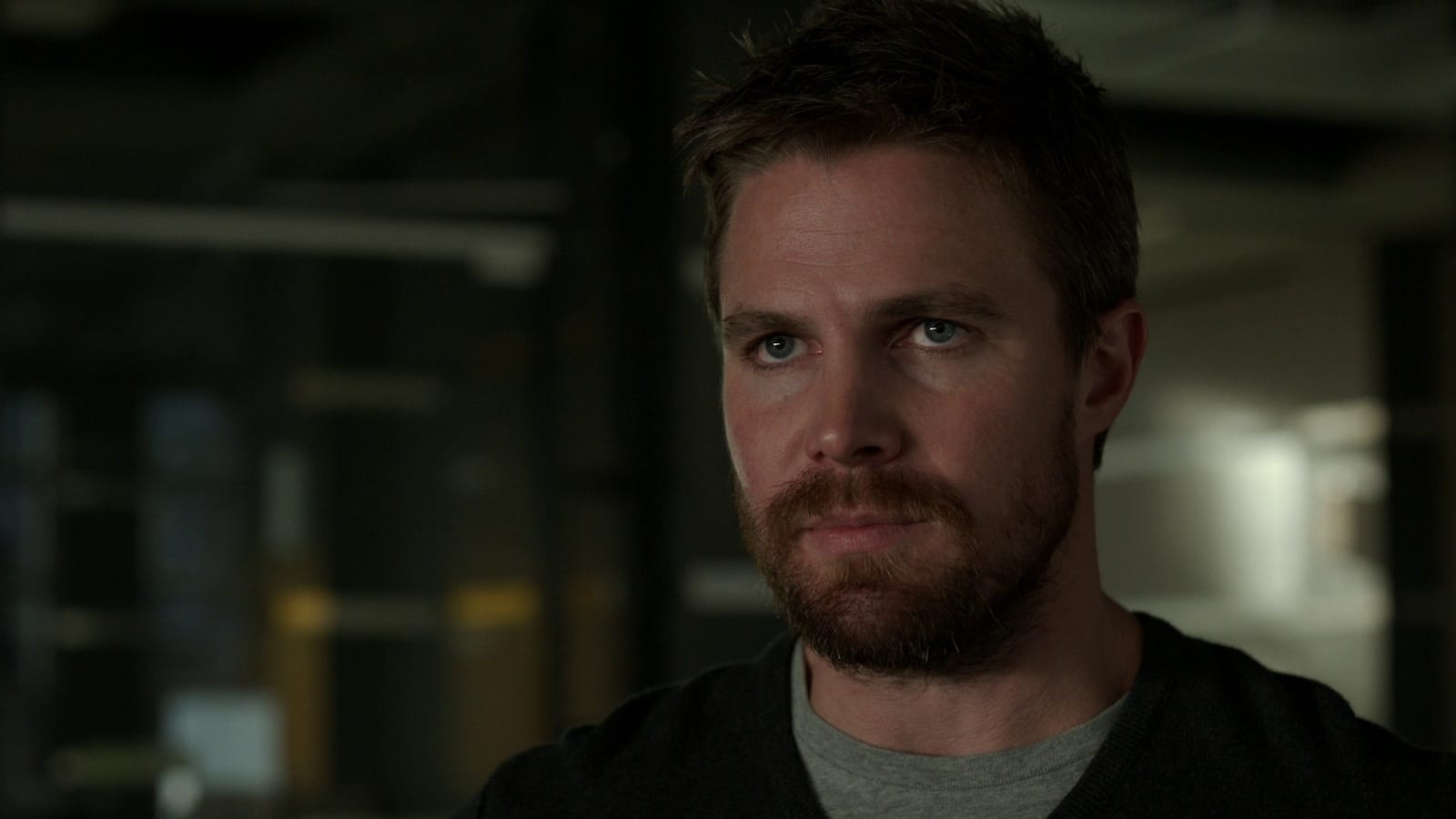 Oliver is known as Green Arrow in her superhero identity. Over the course of eight seasons of his own solo series Arrow, Queen has battled super soldiers, mafia bosses, and magic-users in his quest to “save his city”. In Crisis on Infinite Earths, Oliver is fated to die and is working to make sure that he and his fellow heroes prevail.

Green Arrow is serious and determined to do whatever it takes to protect those he loves. On his solo series this season, Oliver has been grappling with his own mortality and completing missions for the cosmic being known as The Monitor (LaMonica Garrett).

At the end of the Elseworlds crossover, Oliver makes a deal with the Monitor in order to save the lives of Kara (Melissa Benoist) and Barry (Grant Gustin). Green Arrow has been grappling with his coming fate along with meeting the adult versions of his children William (Ben Lewis) and Mia (Katherine McNamara). 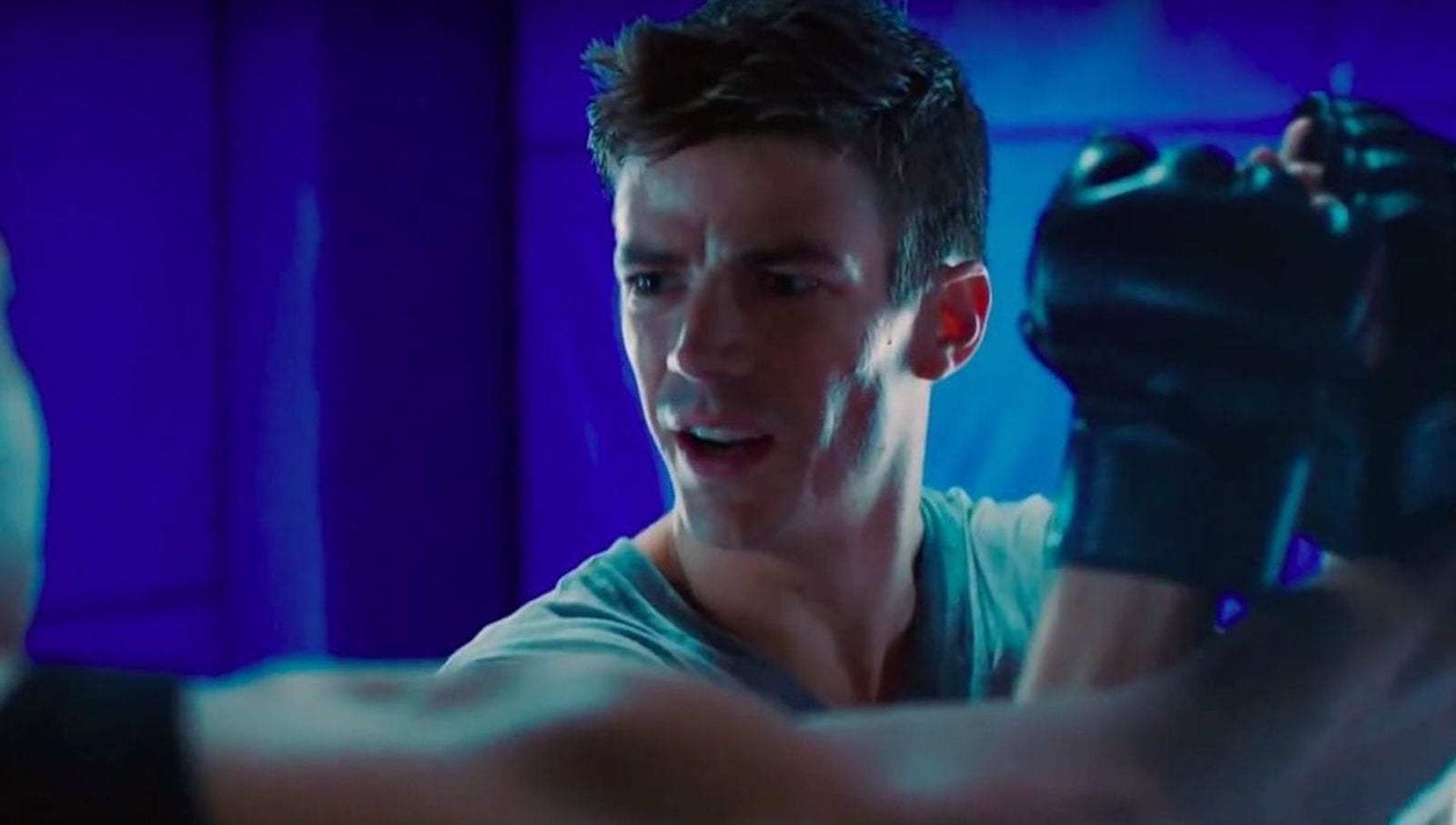 Struck by lightning on the night a particle accelerator exploded, Barry Allen is the fastest man alive. He fights crime under the sobriquet The Flash. Ever since the pilot of The Flash, fans knew he would vanish in a time of Crisis. Originally, it was supposed to take place in 2024, but thanks to time travel shenanigans in The Flash’s fifth season, it was moved up to 2019.

In The Flash, happy-go-lucky Barry has been grappling with his long-prophesied death while preparing family & friends for life without him. In the days leading up to Crisis, Barry gets turned into a blood zombie courtesy of the villain Bloodwork (Sendhil Ramamurthy). Let’s just say Barry’s having a rough time as he goes to meet his maker. 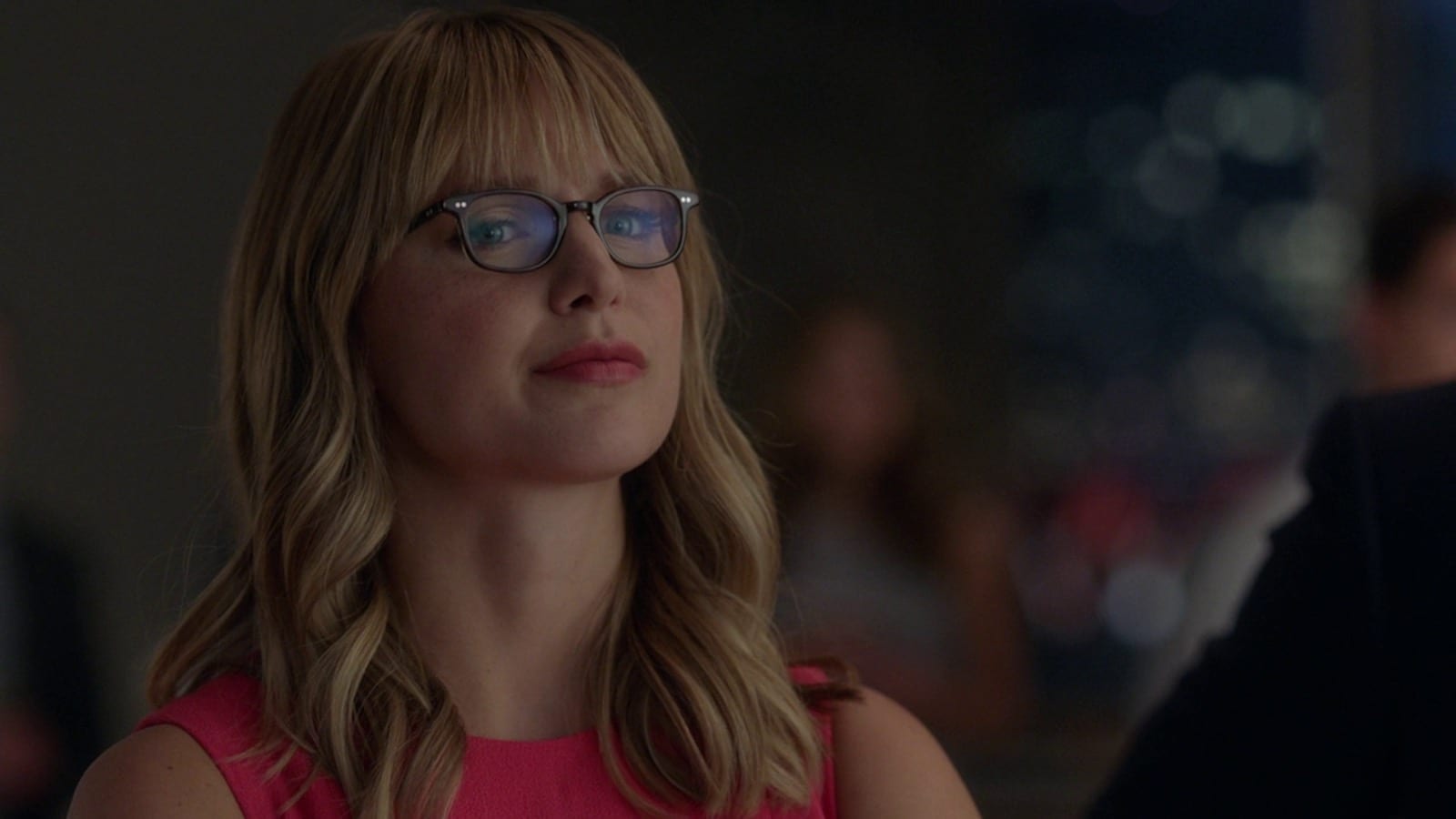 Rounding out the Arrowverse Trinity is Kara Danvers (a.k.a. Kara Zor-El). Danvers is from an alternate universe known as Earth-38 where she and her cousin Superman (Tyler Hoechlin) are her Earth’s main protectors.

If you know the story of Superman, Kara’s will sound quite familiar. As the alien planet Krypton imploded, a young girl was sent to Earth with her baby cousin. Unfortunately, her pod was knocked off course and into the Phantom Zone, where Kara remained in stasis for many years.

When she arrived on Earth, Kara found that her cousin had grown into Earth’s greatest hero. Luckily, she was able to grow up with the Danvers family and formed a tight bond with her sister, Alex (Chyler Leigh). 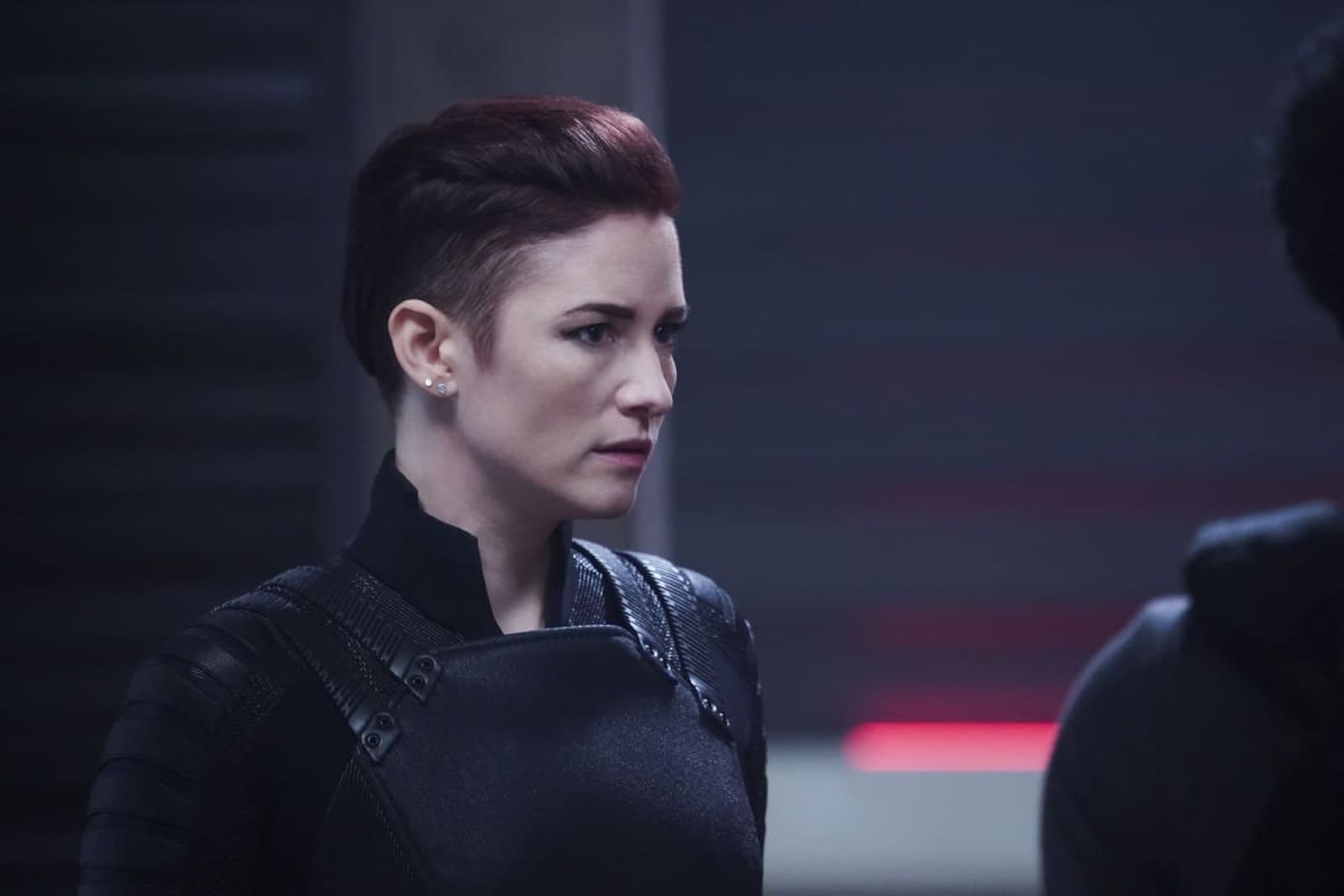 During her tenure as Supergirl, Kara has shown compassion to her foes and did things not even cousin Kal-El could. Currently, she’s in a fraught relationship with her best friend Lena Luthor (Kate McGrath), who feels betrayed by Kara and company keeping her identity secret, not to mention the secret organization of Leviathan.

Barry & Oliver knew of the coming Crisis, while Kara (who heard of it during Elseworlds) has no idea it’s approaching so soon. 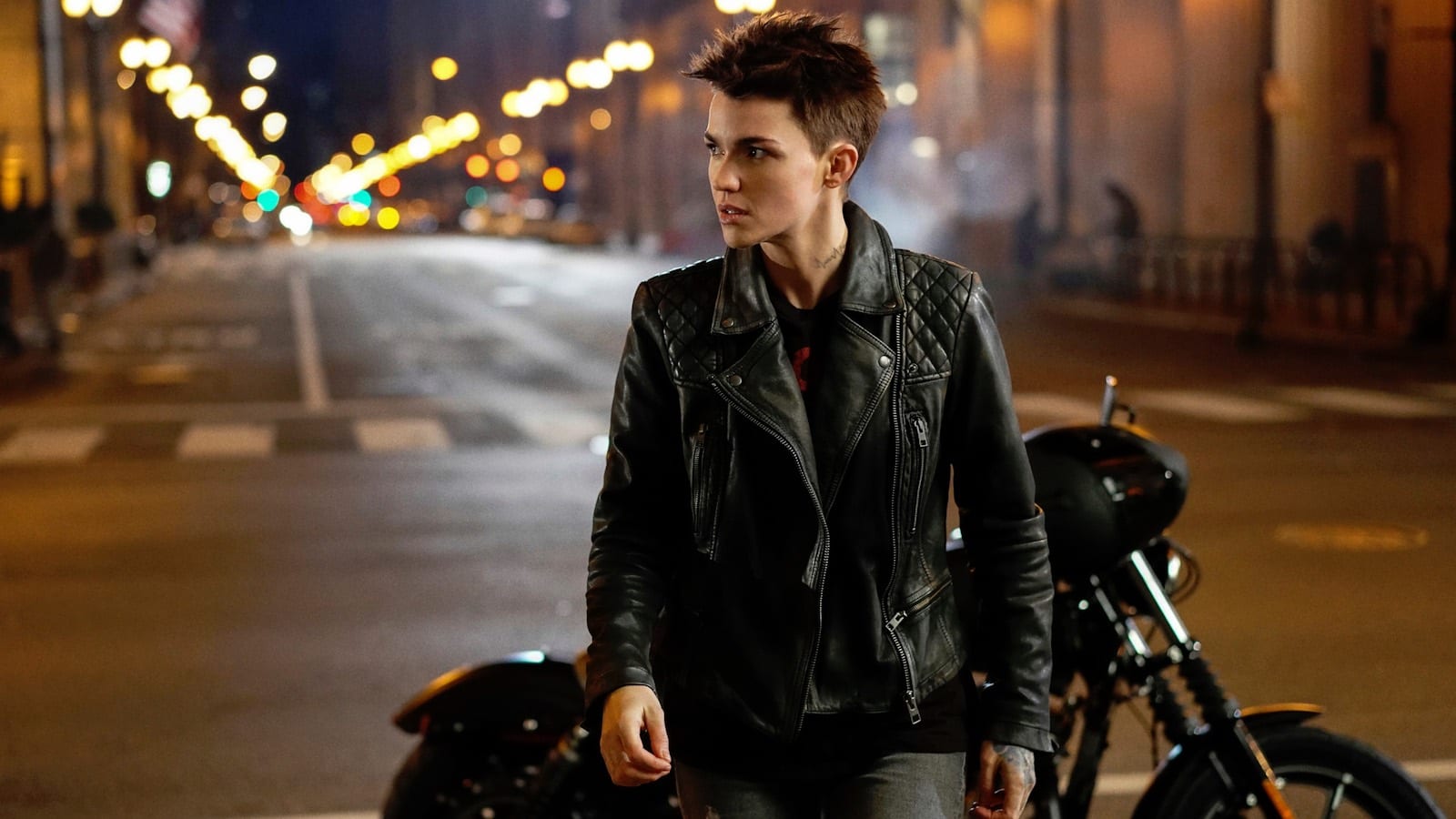 New superhero on the block Kate has stepped in as Gotham’s masked protector, Batwoman. Cousin to Bruce Wayne, Kate dealt with the trauma of her mother and twin sister’s deaths when she was a kid.

While her father Jacob (Dougray Scott) loved her dearly, the duo has their issues. After Kate was kicked out of military school for a forbidden romance with fellow cadet Sophie (Meagan Tandy), Jacob sent his daughter around the world for training so she can join his private security force, the Crows.

Returning to Gotham, Kate finds herself embroiled in an intense family drama. Her sister Beth is alive and going by the name of Alice (Rachel Skarsten), turning to full villainy in a Batman-less Gotham. Bruce Wayne disappeared for unknown reasons three years ago.

Kate struggles to find her footing as Gotham’s newest protector and balance her difficult family life. While she worked with Oliver, Barry, and Kara in Elseworlds, she has no idea about the multiverse at large and the coming Crisis. 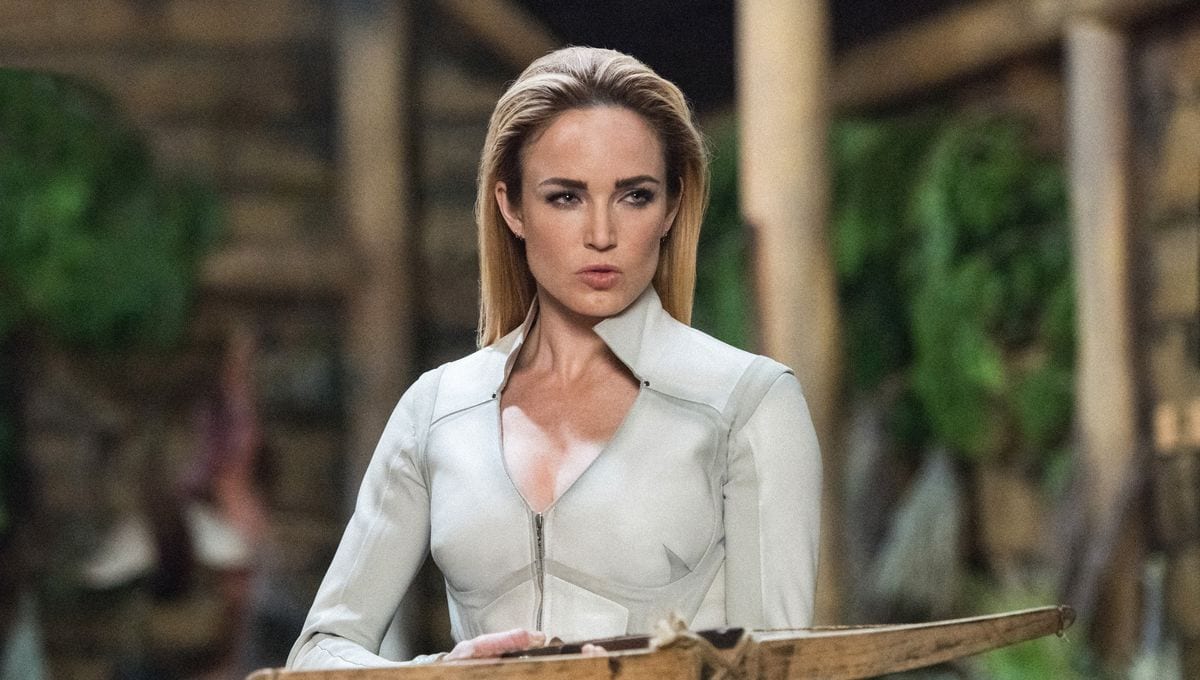 Assassin turned captain of a time-traveling ship and crew of misfits, Sara Lance is a certified BAMF. She’s been involved with the Arrowverse since Arrow’s second season and eventually went over to Legends of Tomorrow. One of the original team that boarded the Waverider, Sara uses her skills to keep her family alive and to save time itself.

At the end of season four, she finds herself in a stable relationship with Time Bureau boss Ava Sharpe (Jes Macallan) and saved the world from the forces of Hell. While she has to deal with the trauma of her sister (Katie Cassidy-Rodgers) and her father (Paul Blackthorne) dying, Sara remains a steady head in battle and a solid team leader to her compatriots.

Due to time travel shenanigans, the Legends weren’t involved in Elseworlds and have no clue about the Monitor or the Crisis. 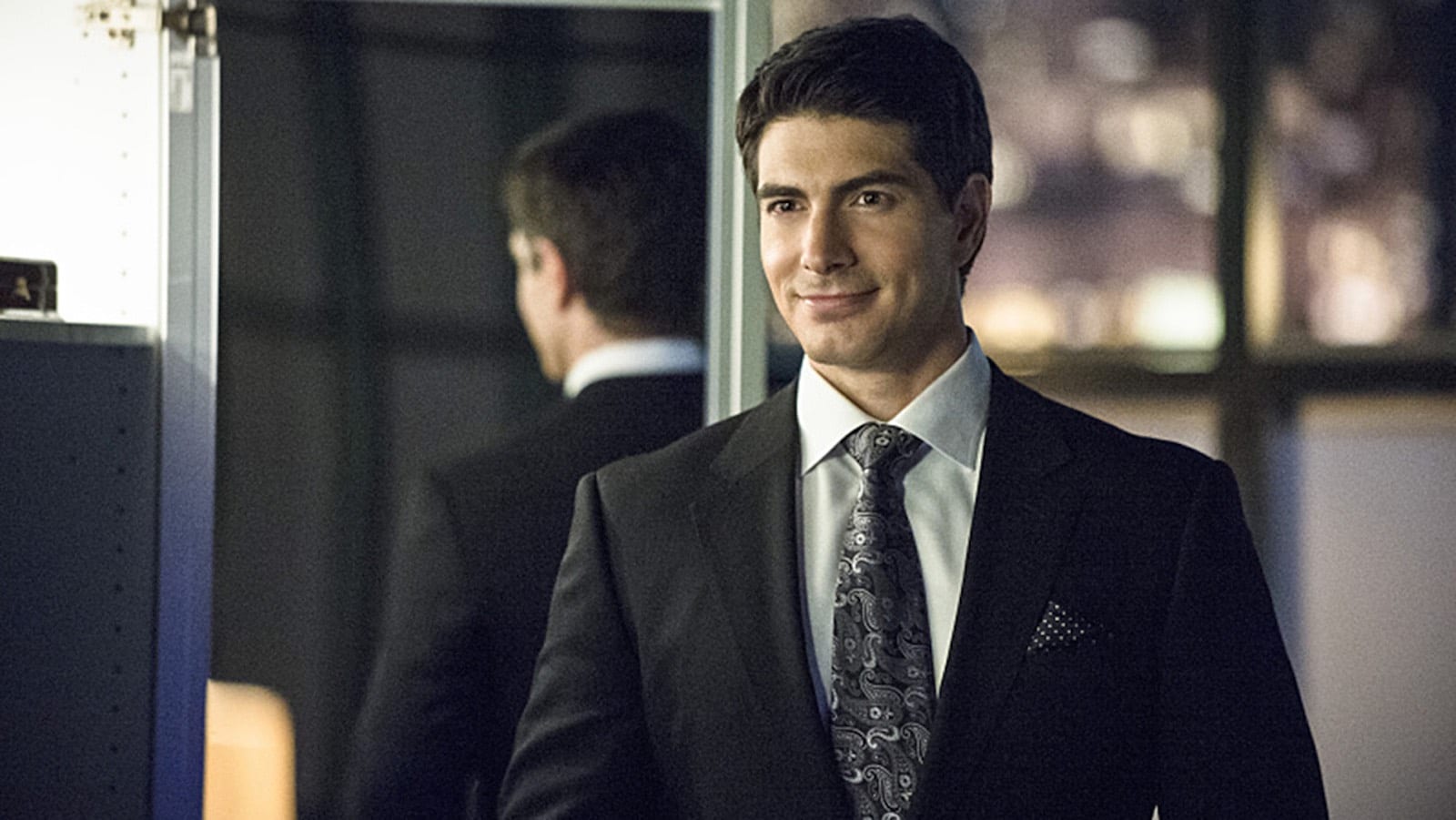 Introduced in Arrow’s third season, Ray Palmer lives up to his name in that he’s a ray of sunshine. Always optimistic and cheerful, Palmer has a sunny outlook and strong moral code to boot.

After discovering the secret to size-changing, Palmer built a suit called the A.T.O.M. which allows him to change size. One of the first aboard the Waverider, Palmer’s bright personality can cause conflict with his more morally grey teammates. Overall, they look to his guidance as a compass.

In Legends S4, Ray finds himself possessed by the demon known as Neron and his soul gets sent to Hell. Thankfully, the Legends find a loophole so that Neron breaks the deal and Ray’s soul is returned to him. He also carries on a sort of romance with former evil witch-turned-fairy-godmother (yes really), Nora Dahrk (Courtney Ford). 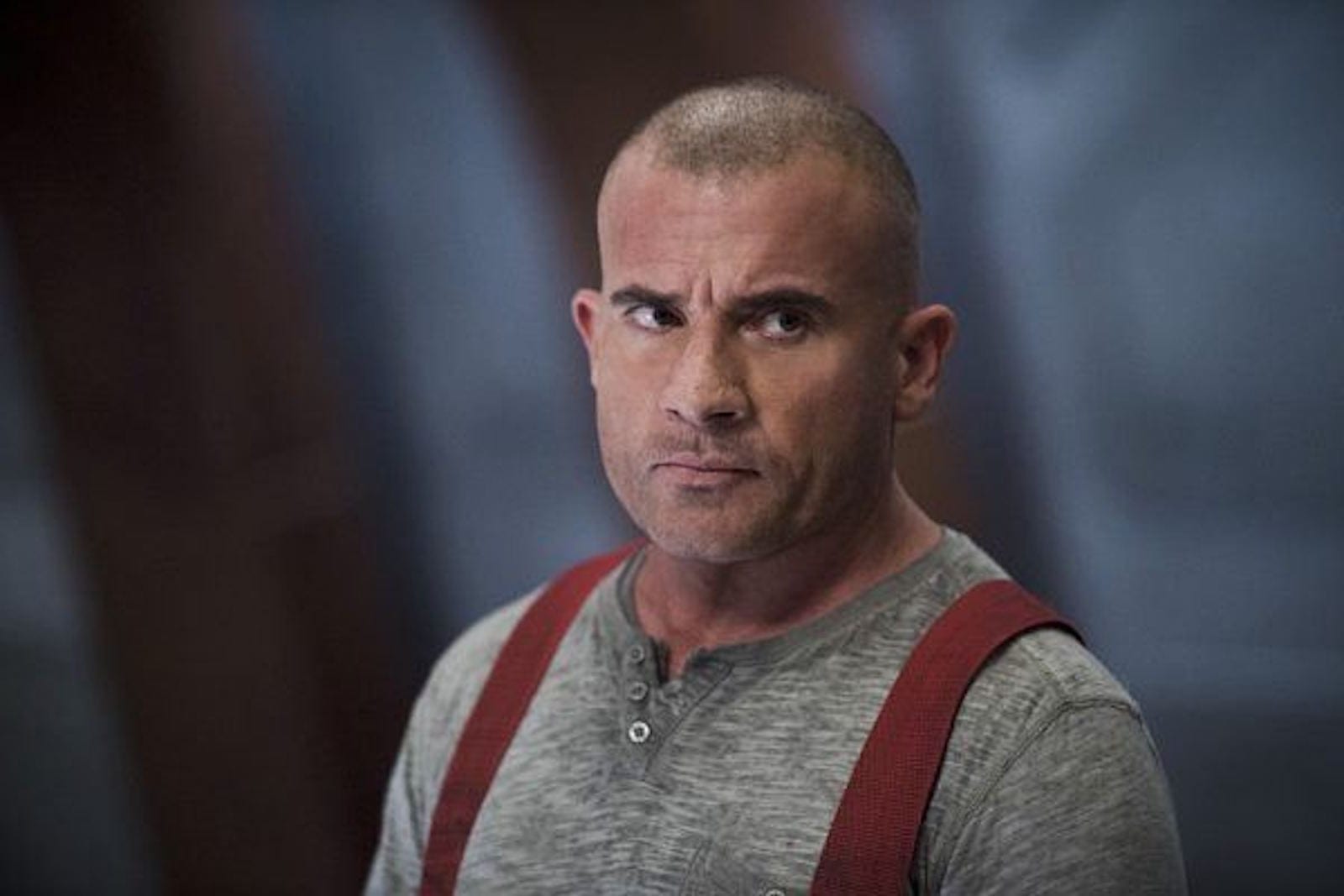 Mick Rory is a former antagonist of Barry Allen known as Heat Wave. Basically, he uses this really advanced fire gun to set people and things on fire. A pyromaniac who killed his family in a blaze, Mick is gruff, abrasive, and more than a little crude.

While he came aboard the Waverider with his partner-in-crime Leonard Snart (Wentworth Miller), Rory has had a wavering loyalty to the team in the earlier seasons of Legends of Tomorrow.

As of S3, Rory is sticking around with his fellow Legends and exploring interests outside of fire and booze (though he still loves both). He also writes popular romance novels under the pen name Rebecca Silver. (Just go with it at this point.) Rory reveals himself to the world as Rebecca Silver during a romance novel convention in Legends of Tomorrow.