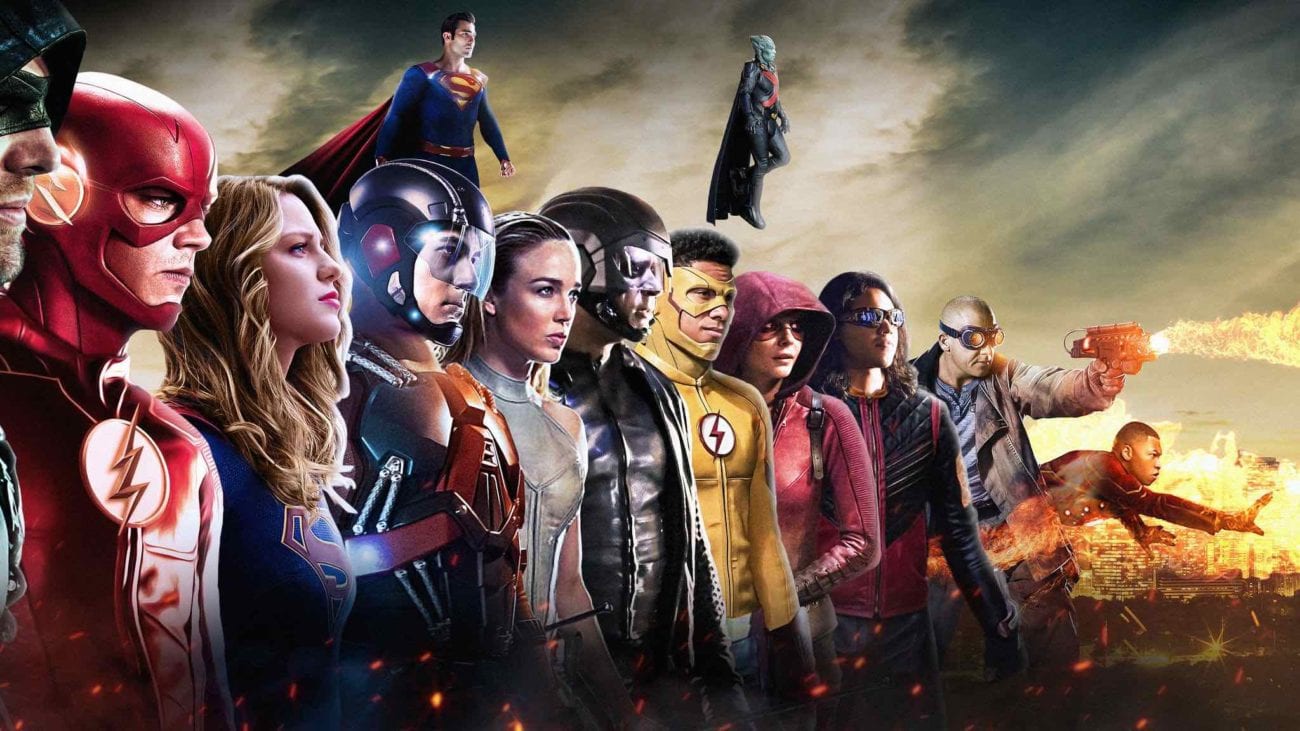 “Worlds will live, worlds will die, and the universe will never be the same.” With those words uttered at the end of the Arrowverse’s 2018 crossover event, Elseworlds, comic fans knew that they were in for a major ride. Crisis on Infinite Earths has long cast a shadow over The CW’s multishow franchise. Ever since The Flash premiered back in 2014, fans knew one day the Crisis would arrive.

In comics, Crisis on Infinite Earths serves as the first major crossover event bringing together all of DC Comics disparate titles into one universe. Before this event, characters like Blue Beetle and Captain Marvel (now Shazam) didn’t interact with Superman or Batman. Thanks to this crossover, they did. 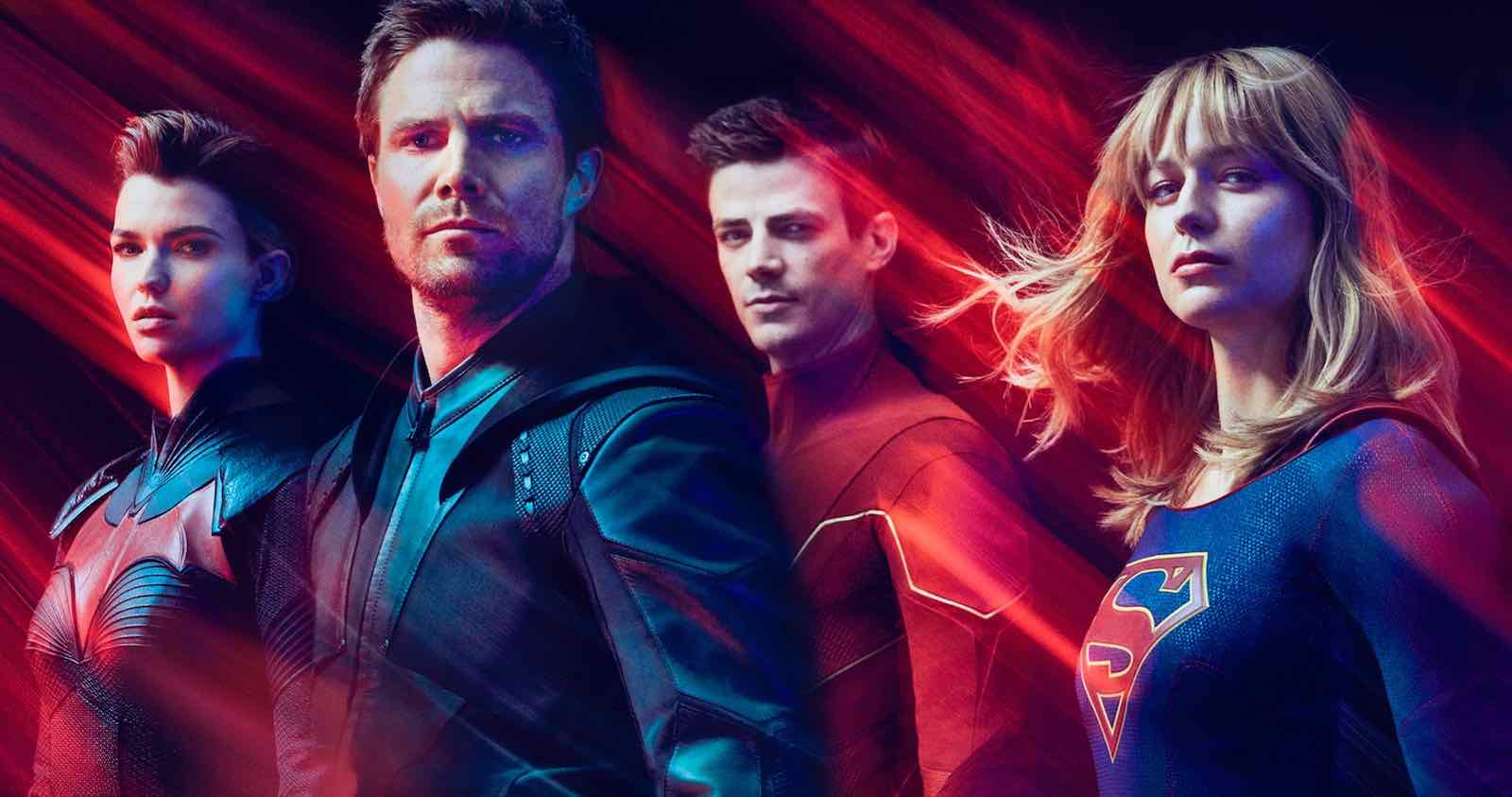 Mainly, the crossover served to a) bring together all the heroes, b) streamline DC continuity, and c) set a new status quo for new readers to be able to start in as fresh as can be. Crisis on Infinite Earths has served as the gold standard for all comic fans, no matter their allegiances, on crossover events.

The story for the comic version of Crisis on Infinite Earths: heroes across the multiverse try to stop the villainous Anti-Monitor, who is using his Anti-Matter to wipe out all existence. The crossover ended with a single Earth taking the place of the Multiverse and the deaths of Supergirl/Kara Zor-El and The Flash/Barry Allen.

The fact that the Arrowverse is doing Crisis is ambitious as heck and promises some major shifts in the status quo across the Arrowverse. With the crossover just a little over two weeks away from premiering, we at Film Daily have gathered everything we know about the upcoming Crisis on Infinite Earths event.

Nothing will ever be the same. 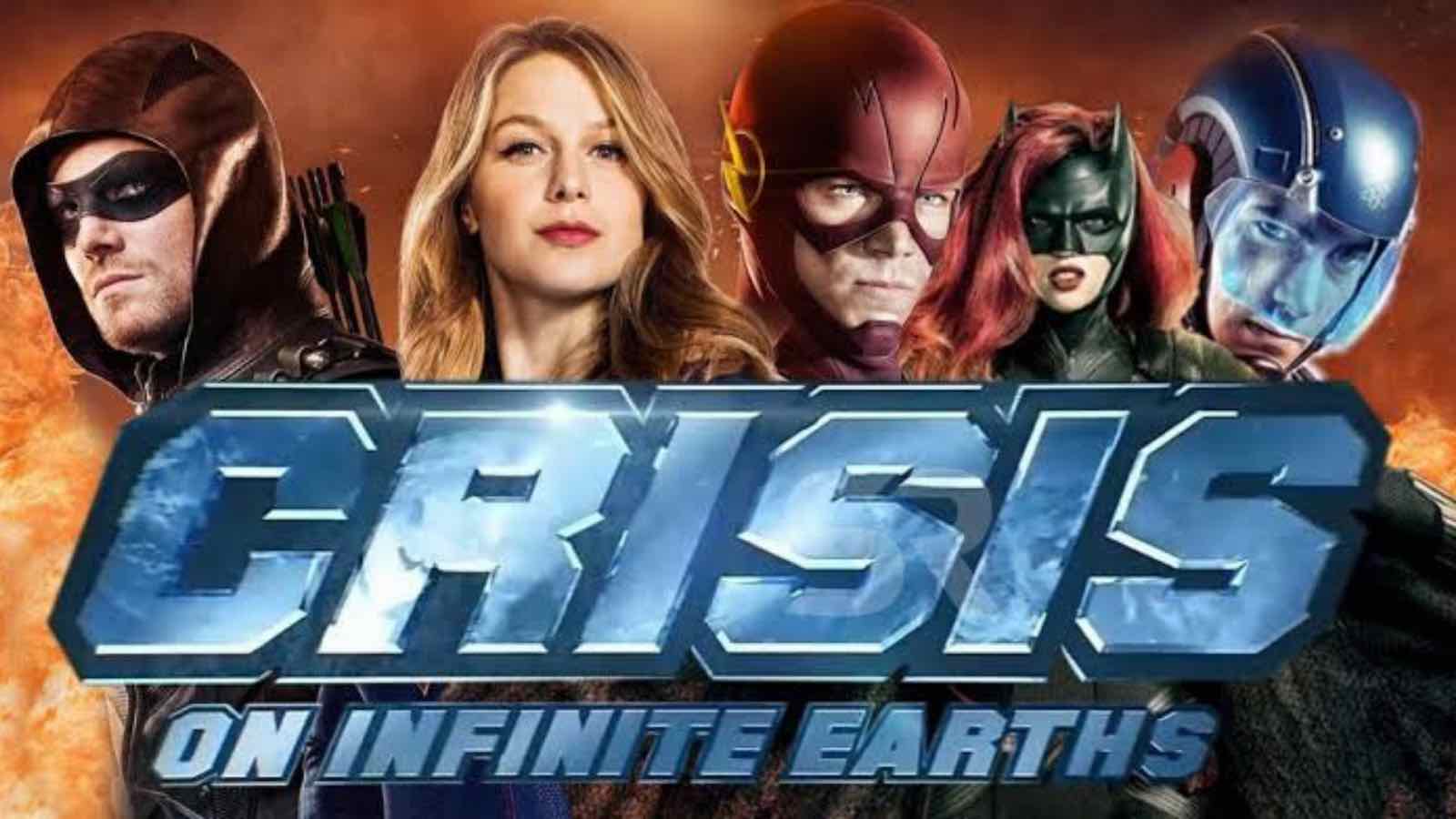 There has been some confusion just how Crisis on Infinite Earths will break down. So let’s get that handled right off the bat.

Crisis on Infinite Earths is a five-part crossover. It will air (in order) on Supergirl (“Part One”), Batwoman (“Part Two”), The Flash (“Part Three”), Arrow (“Part Four”), and Legends of Tomorrow (“Part Five”). While there are five parts to the crossover, it airs on only four nights: Arrow and Legends will air their episodes on the same night. 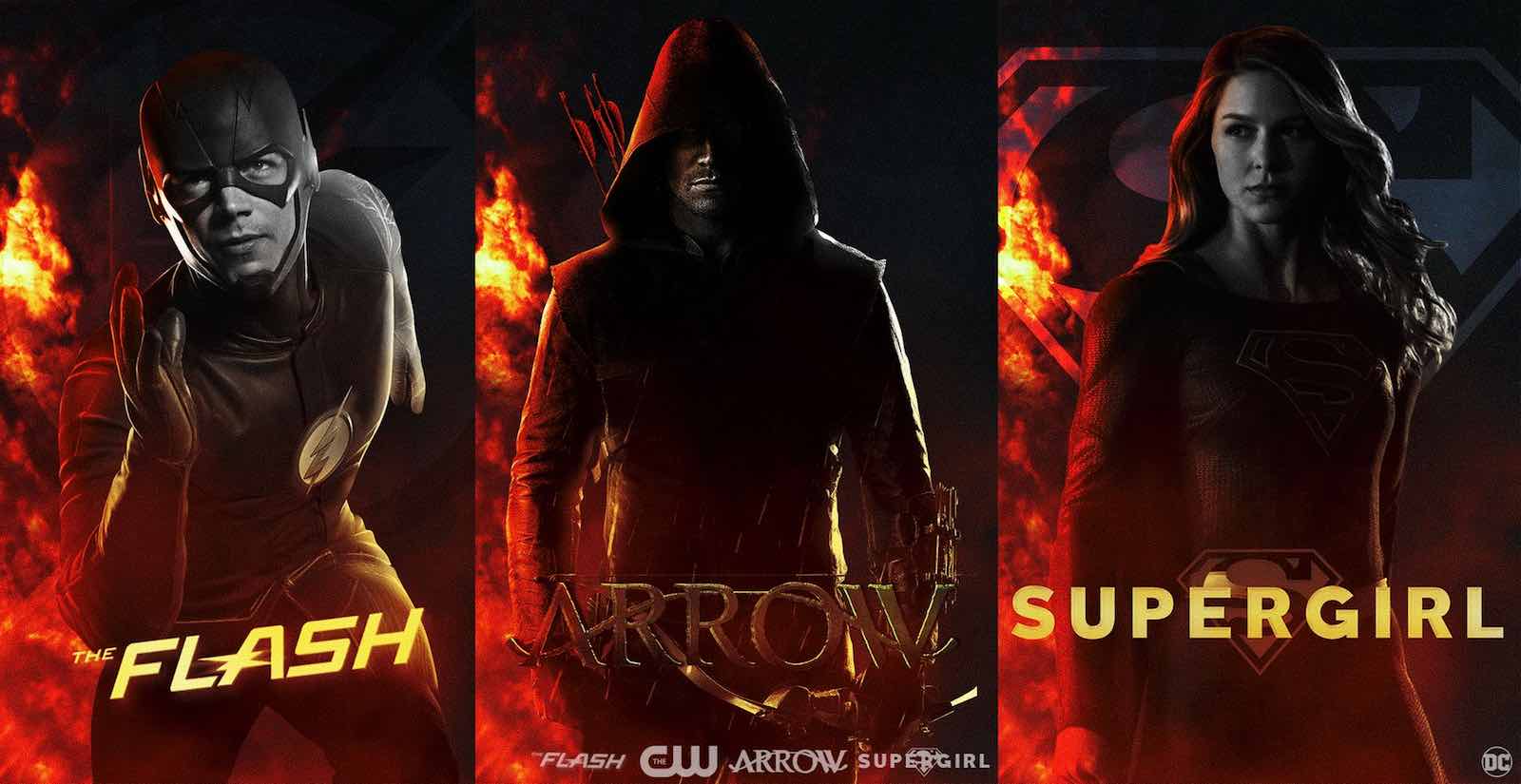 Arrow and The Flash build up to the event

If you don’t watch Arrow or The Flash, now is probably a good time to either catch up on their current seasons or hunt down recaps. The final season of Arrow focuses on Oliver (Stephen Amell) trying to figure out the Monitor’s (LaMonica Garrett) true intentions and prepare for the upcoming Crisis best he can.

Season six of The Flash has Barry (Grant Gustin) come to terms with his long prophesied end during Crisis and prepare his family for a world without him.

While we hope you can go into Crisis on Infinite Earths cold and not miss too much, it’s still best to go in with a passing familiarity of events. The biggest, of course, is the destruction of Earth-2 by an Anti-Matter wave in Arrow’s season premiere. Earth-2 has long been a staple of The Flash and is the home of heroes Jesse Quick (Violett Beane) and Laurel Lance (Katie Cassidy-Rodgers).

While Crisis on Infinite Earths will focus on our regular Arrowverse roster, an insane amount of guest characters from other Earths appear as well. These guests also have major connections to DC media as a whole. It’s a little insane just how many big DC TV heavy-hitters they’ve brought into the fold.

The biggest news of Crisis on Infinite Earths was the return of Tom Welling and Erica Durance as Smallville’s Clark Kent & Lois Lane. The beloved series (and progenitor of Arrow) ended on The CW in 2011 after a whopping ten seasons on the air. Welling & Durance make their return in “Part Two”, which is the Batwoman episode of the event.

Those behind-the-scenes promise the miniseries will answer any post-series finale questions fans may retain about the duo. Marc Guggenheim, super-producer for the Arrowverse, revealed of Durance and Welling’s return: “As a fan of the show, it answered a lot of questions that I had. It provided a lot of closure, I think, in a really nice way.” 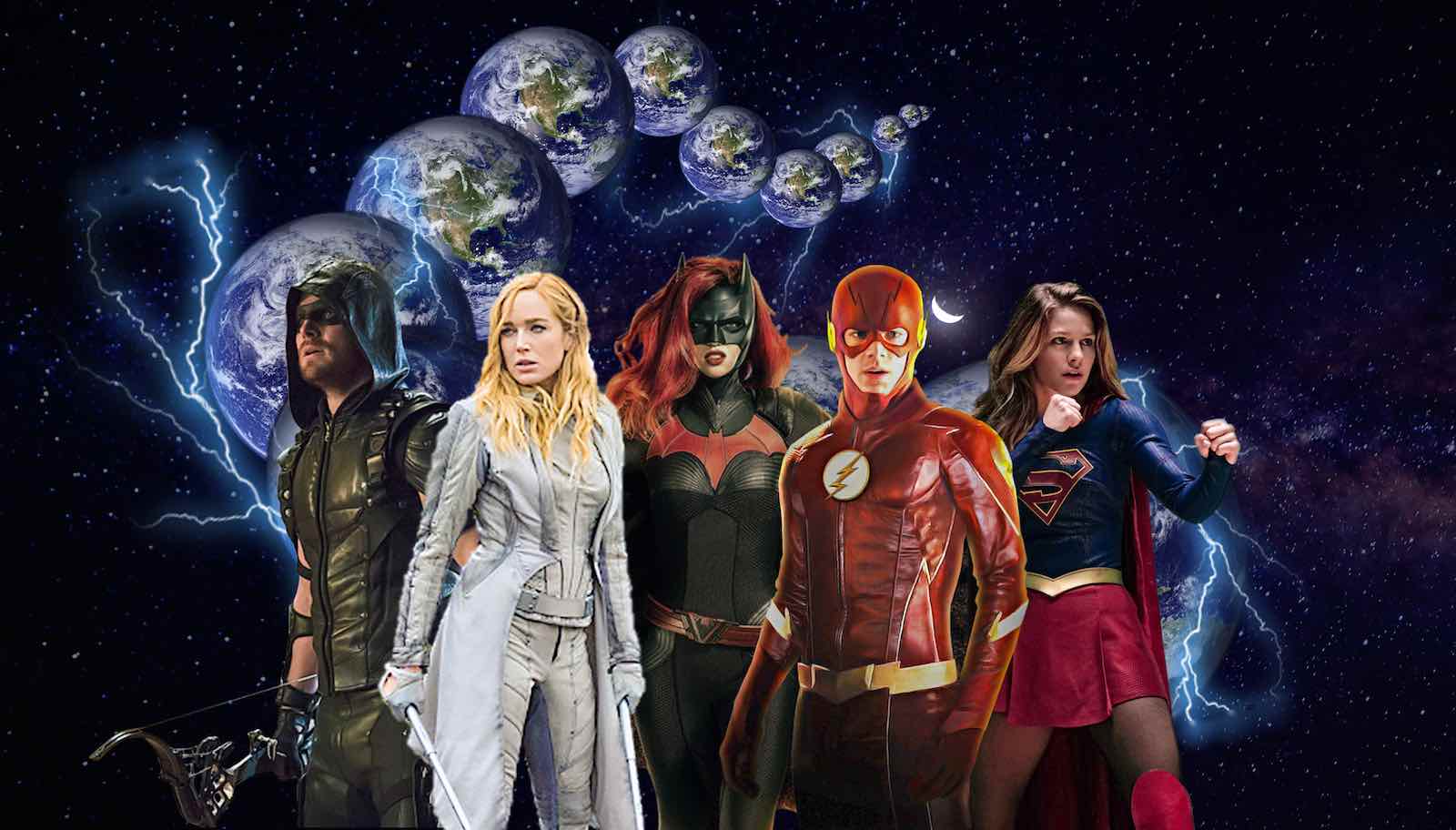 But wait! That’s not all. Burt Ward, who played Robin in the Adam West Batman series, has a role. Ashely Scott, Huntress in the short-lived Birds of Prey series, is set for a reprisal. John Wesley Shipp will wear the classic 90s Flash suit with his return as Barry Allen of Earth-90.

To top it all off, we have a Batman, too. Kevin “The Real Damn Batman” Conroy will play an older version of Bruce Wayne in Crisis on Infinite Earths. Conroy, for the uneducated, has voiced the character of Bruce Wayne/Batman over 500 times.

Conroy began voicing the role in the seminal animated series, Batman: The Animated Series. To see Conroy play Bruce Wayne in live-action is a dream come true for the nerdiest of fans (i.e., us).

There are rumors that Tom Ellis, who plays Lucifer Morningstar in Lucifer, was spotted filming on set. Ellis, however, denied the rumors, saying that he and his wife were in the area to visit friend Azie Tesfai (Kelly Olsen on Supergirl). Nevertheless, whispers abound that he was seen in Lucifer dress, so it could be a deflection – but we’ll have to wait and see. 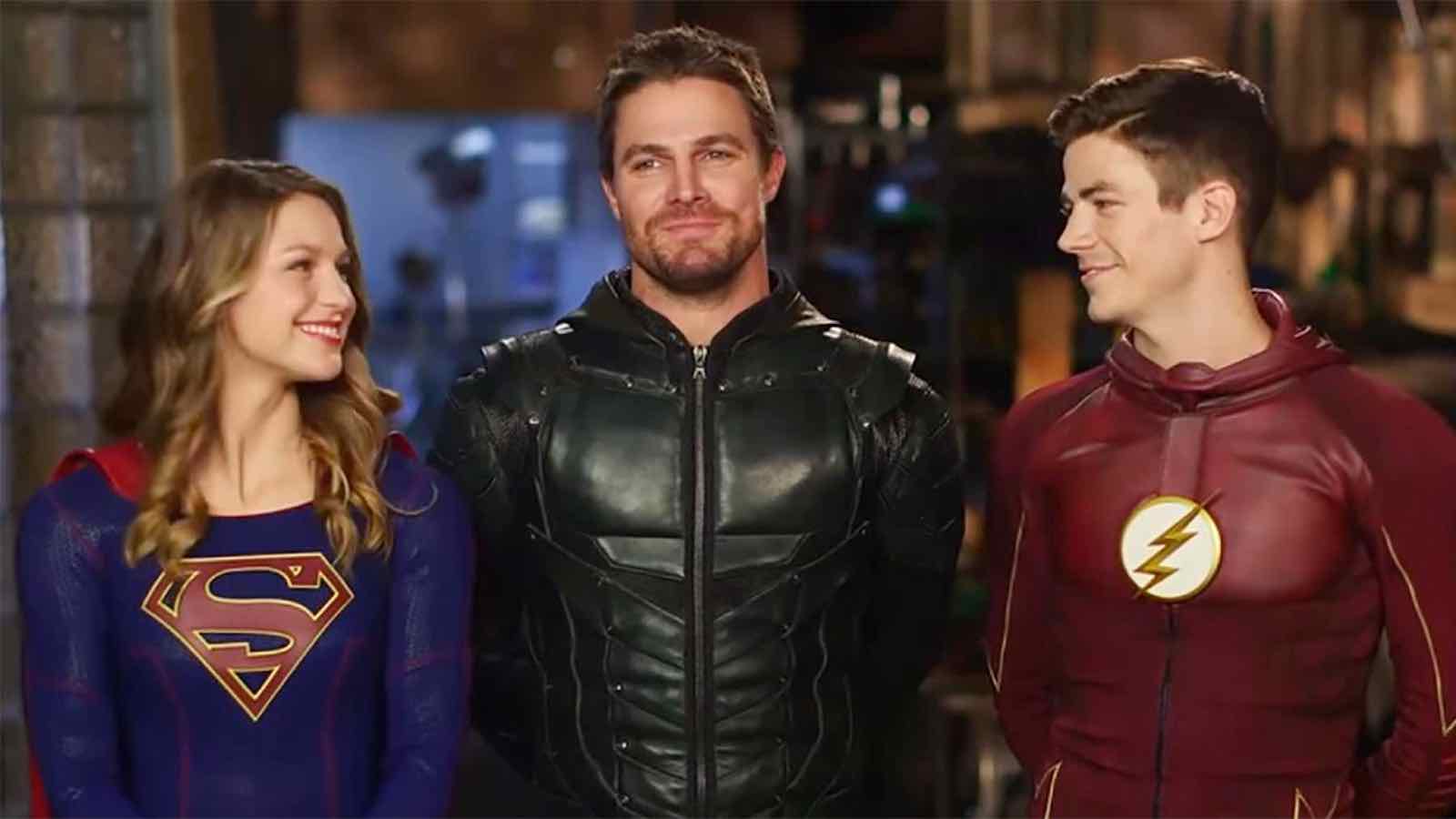 Other than the insane guest cast, we’re going to see some Arrowverse favorites make their returns as well. Tyler Hoechlin & Bitsie Tulloch return as Clark Kent/Superman and Lois Lane. Hoechlin made his well received Arrowverse debut back in 2016 with Supergirl’s S2 premiere. Tulloch debuted her Lois Lane in last year’s Elseworlds crossover. A series that stars the duo is also currently in development for The CW.

The Flash acting MVP Tom Cavanagh will play three roles in Crisis on Infinite Earths: his latest incarnation of Harrison Wells, Nash, his role as Eobard Thawne/Reverse Flash, and an entirely new character known as Pariah. 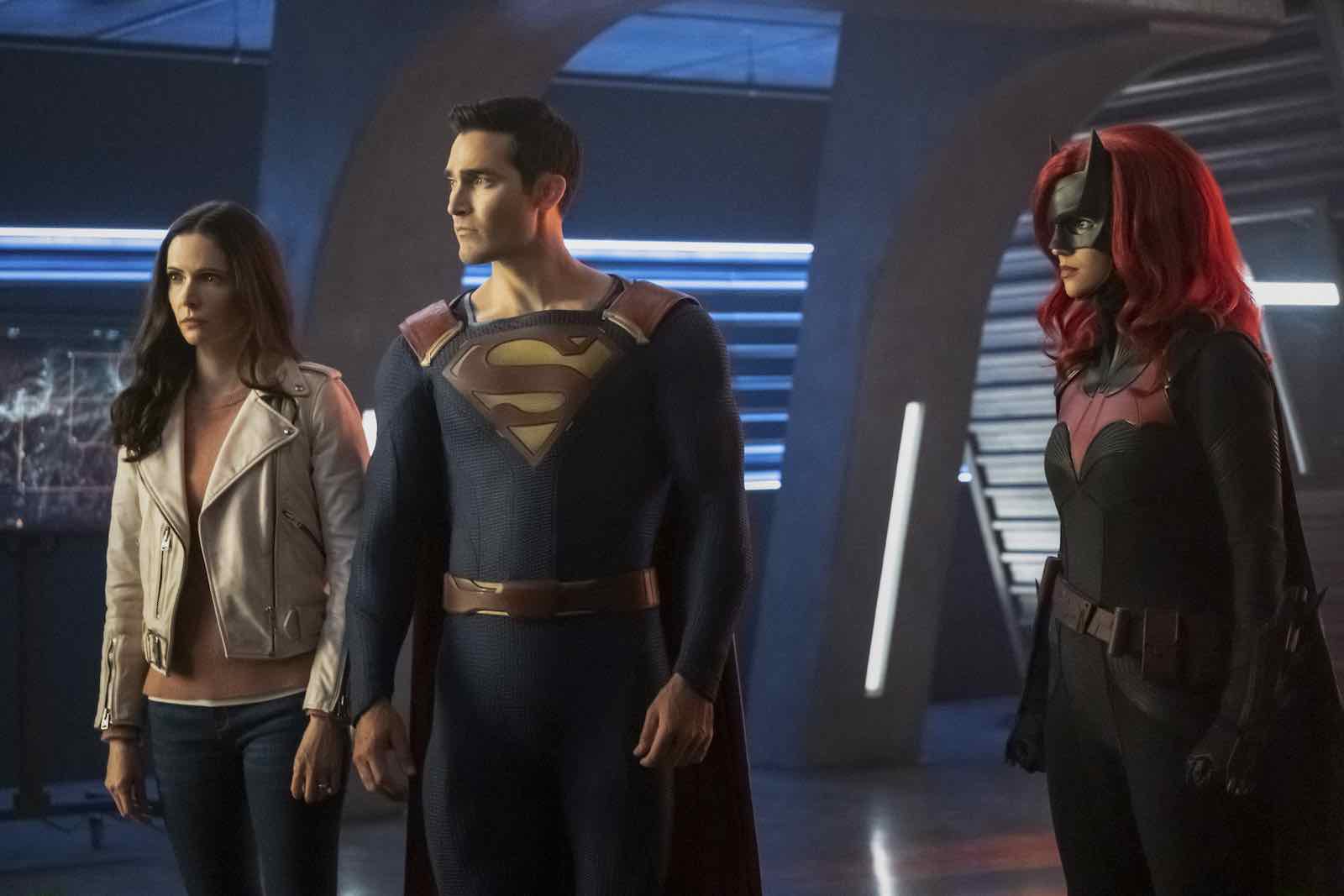 Brandon Routh, who plays Ray Palmer on Legends of Tomorrow, will also play another role. Way back in the day, Routh was Superman in 2006’s Superman Returns. He will reprise his role for Crisis on Infinite Earths, which sees him wear the Kingdom Come version of the Superman suit.

Katie Cassidy-Rodgers will reprise her role as Earth-1’s Laurel Lance for Crisis on Infinite Earths. Laurel of Earth-1 died toward the end of Arrow’s fourth season. LaMonica Garrett, who plays the Monitor, will also play the main villain for the crossover, the Anti-Monitor.

Plus with all of the universes out there, we’re sure to see multiple versions of our favorite characters played by their actors. 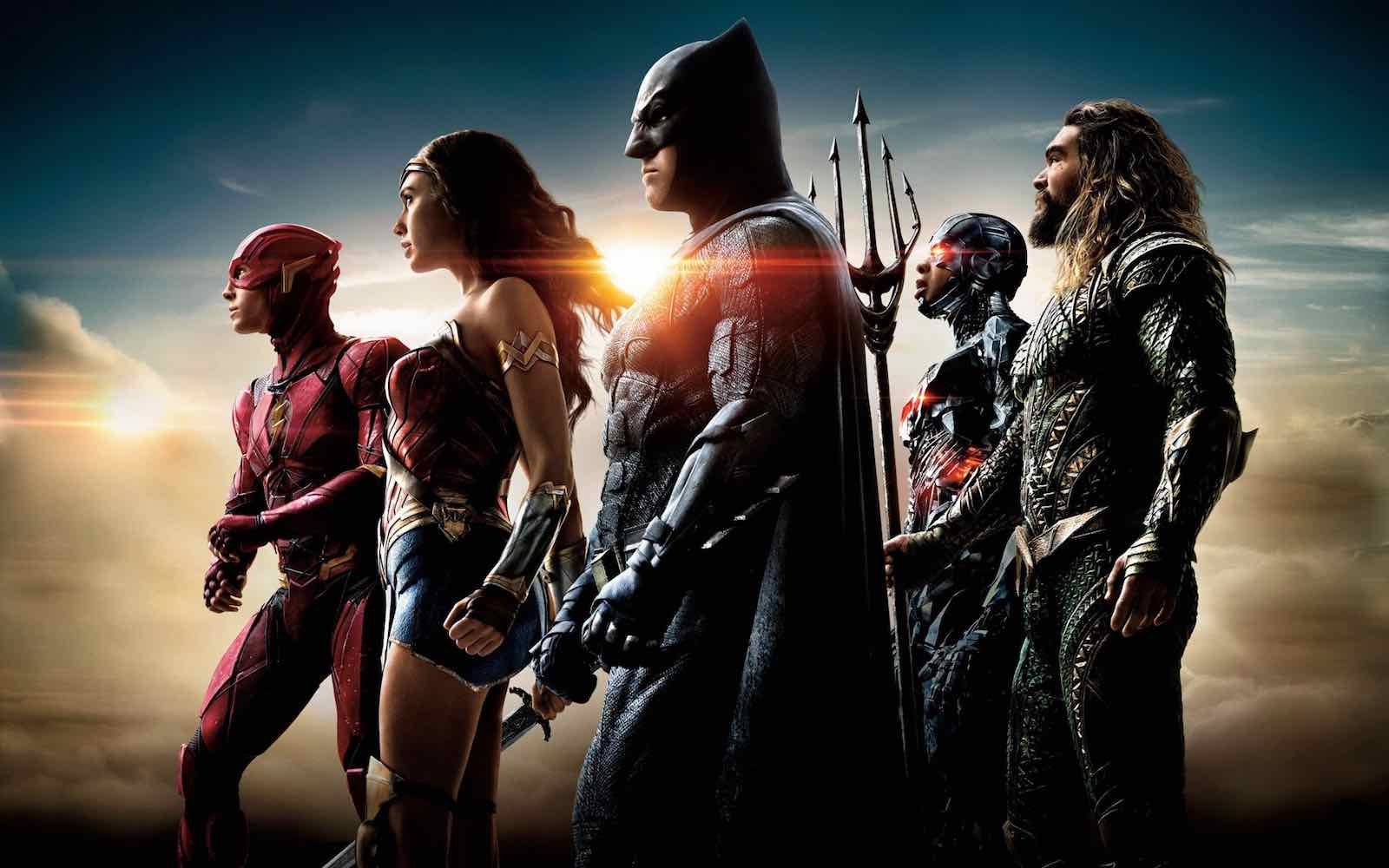 Crisis on Infinite Earths marks the official introduction of Black Lightning to the franchise. Cress Williams (Jefferson Pierce/Black Lightning) will play a part in the upcoming crossover. It also finally provides a connection between the lone superhero series to the rest of the Arrowverse.

Black Lightning is not the only new face (so to speak) to join the Arrowverse. Osric Chau (Supernatural) makes his Arrowverse debut as Ryan Choi in Crisis on Infinite Earths. In the comics, Choi takes over the mantle of The Atom from Ray Palmer. With Routh slated to leave Legends of Tomorrow during season five, we can’t help but wonder if Chau will join the Wave Rider’s crew.

DC Universe, the DC streaming service, is also getting involved. Brec Bassinger (All Night) will make her debut as Courtney Whittmore/Stargirl on Crisis of Infinite Earths. This part of the weird “reverse streaming” deal that The CW and DC Universe struck. The CW will air episodes of the Stargirl series rather than it being exclusive to DC Universe. 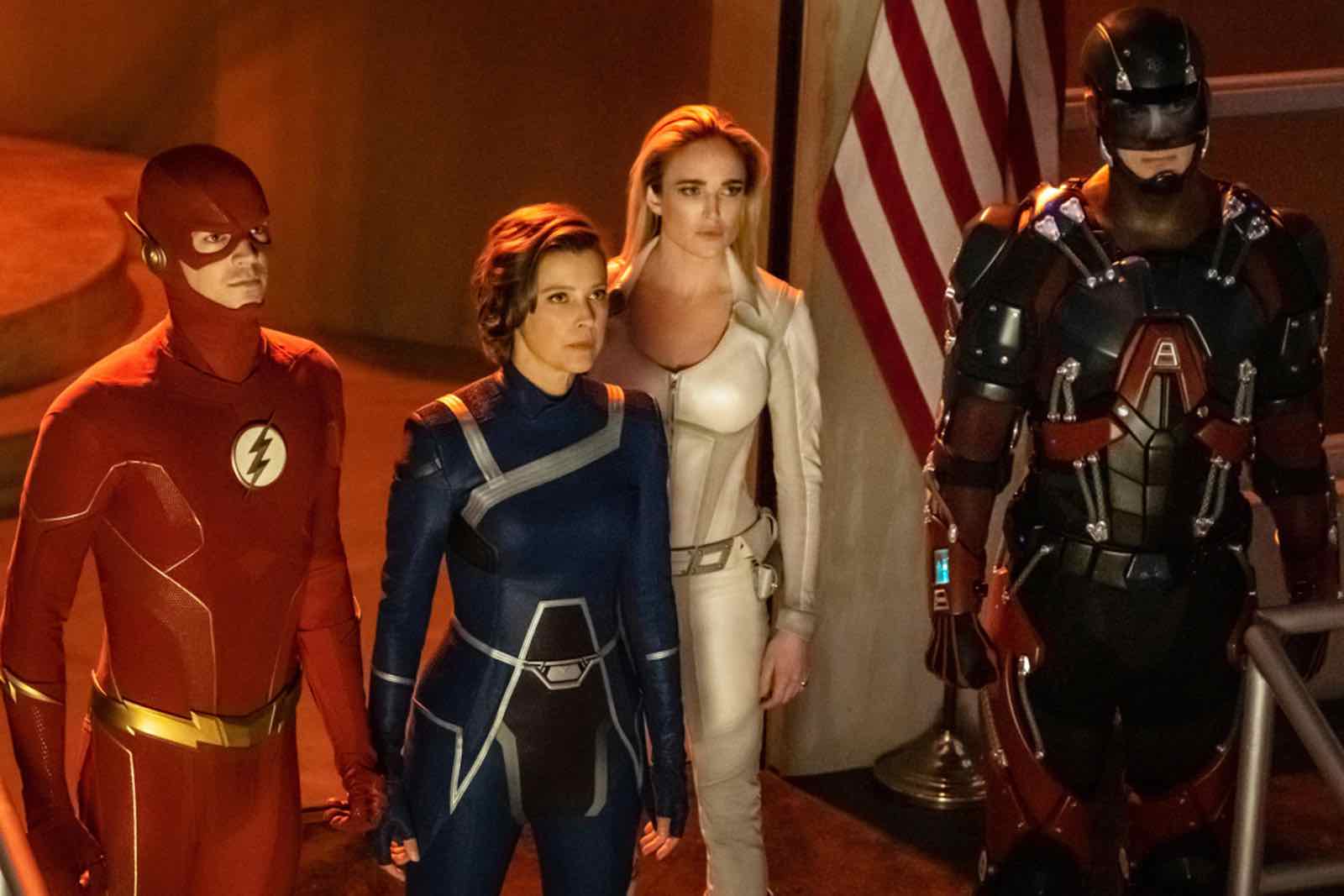 The first three episodes of Crisis on Infinite Earths released their synopses on Thursday, Nov. 22. We learned a little more about the crossover event and the general plot for each part. 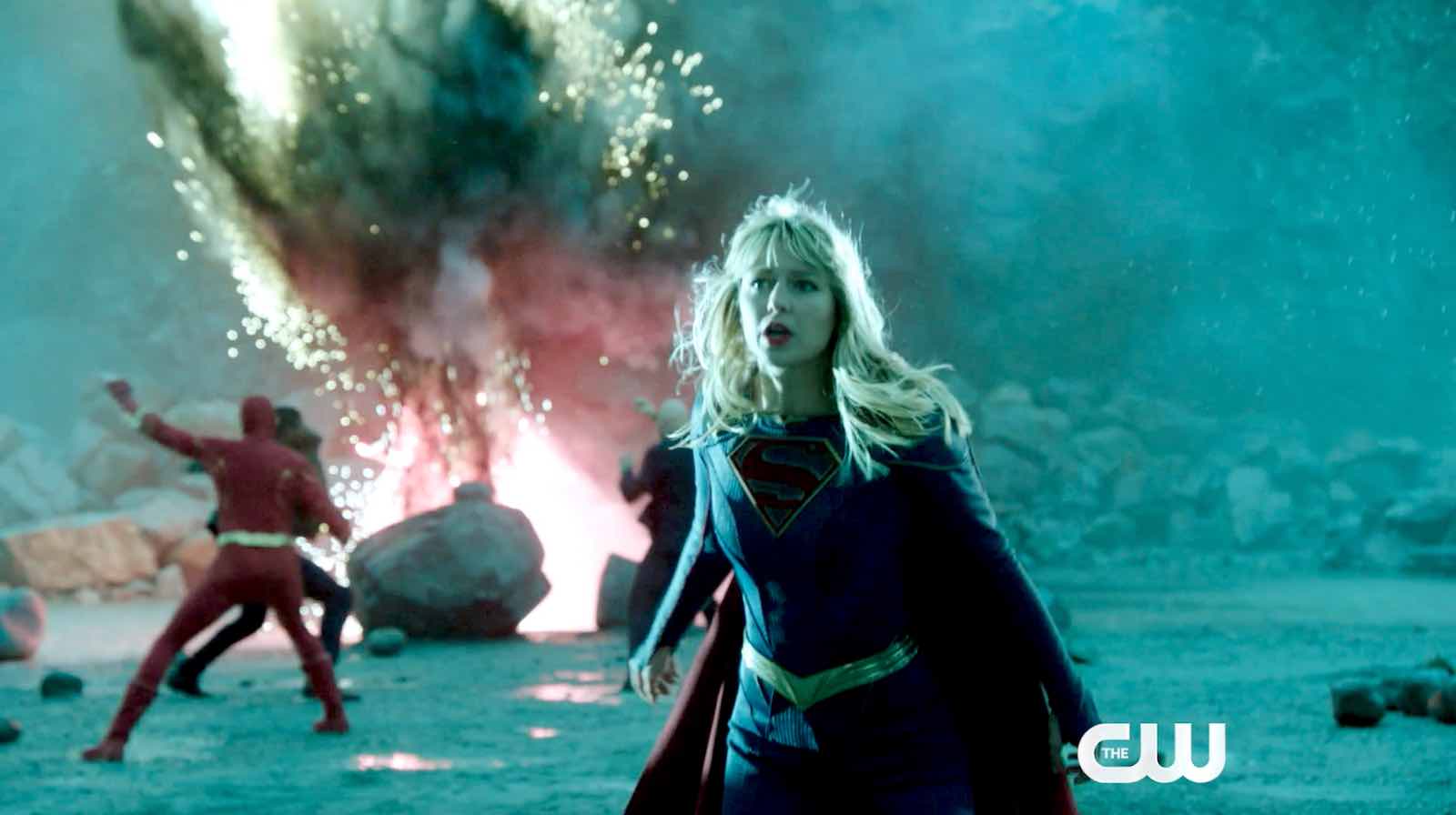 Seismic shift in the Arrowverse post-Crisis

Crisis on Infinite Earths, according to multiple creatives and actors involved with the Arrowverse across the board, will have massive status quo changes for their shows. What they will be, we have no idea.

Many fans speculate this means that, like in the comics, the Arrowverse will consolidate into a single Earth version. The creative teams in the Arrowverse love to put their own unique spin on classic comic storylines. 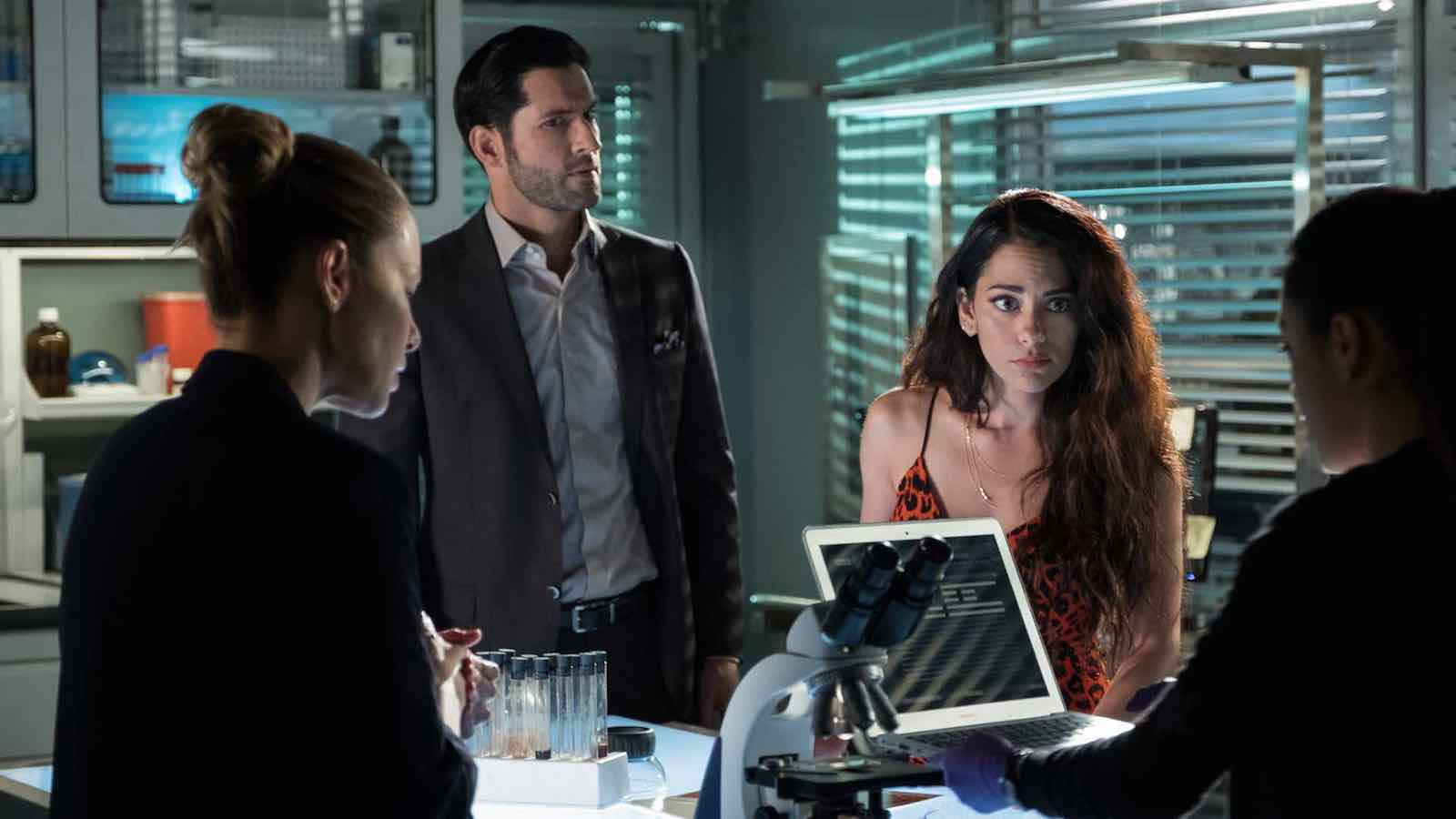 What is the biggest and most ambitious television crossover event without an aftershow to analyze everything that went down? Said aftershow, Crisis Aftermath, will be hosted by renowned ubernerd Kevin Smith.

Smith, known for his work on Dogma and Clerks, has long been a fan of the Arrowverse. He’s directed multiple episodes for The Flash and Supergirl. Fittingly, the episodes of Crisis Aftermath will air after the Supergirl and The Flash episodes on Dec. 8 and 10 at 9/8c.

Crisis Aftermath will “go in-depth” and explore the crossover in greater detail. Tell us we get some behind-the-scenes gag reels, please!