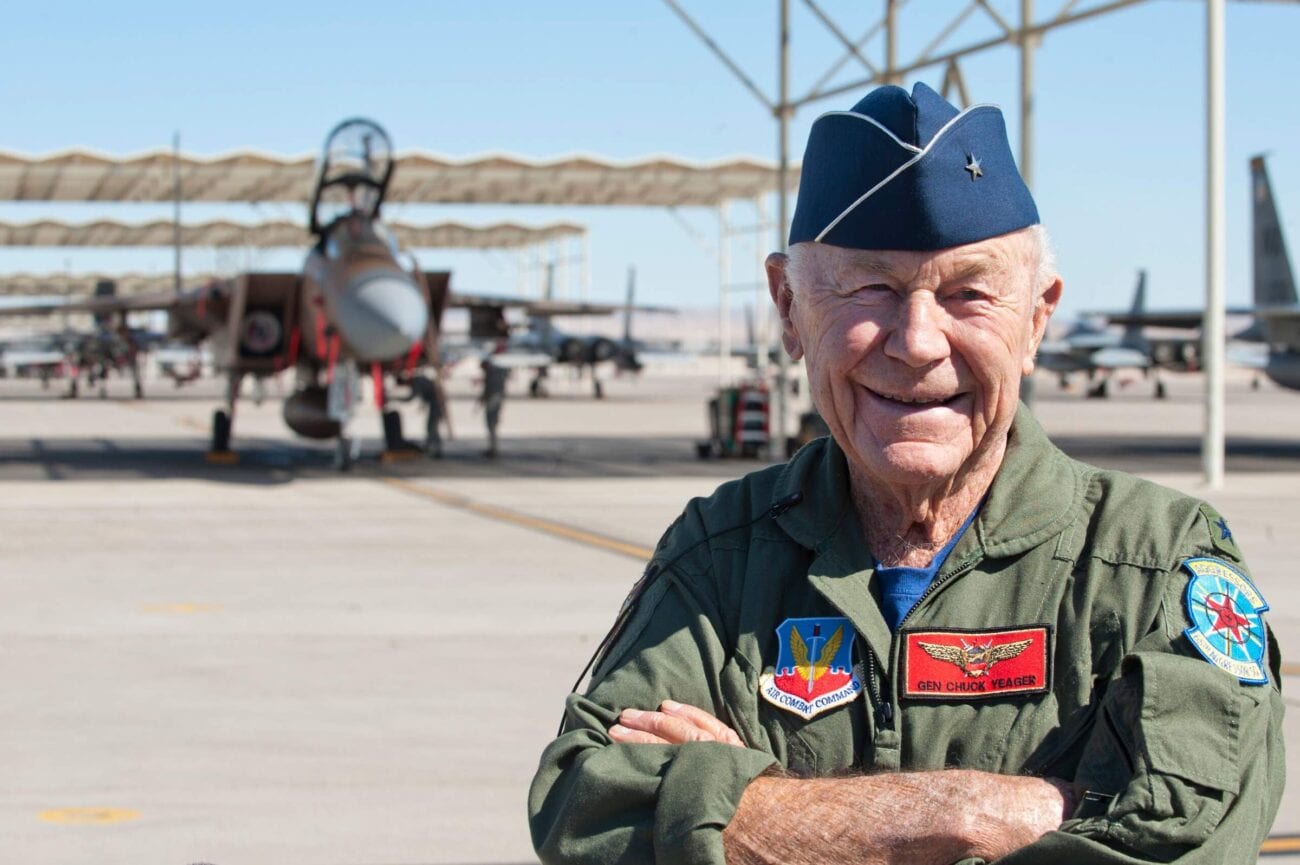 RIP Chuck Yeager: Looking back on his historic flight going faster than sound

Chuck Yeager, the original supersonic man, died on Monday, Dec. 7, 2020, at the age of 97. Why is he the original supersonic man? Simple. Chuck Yeager was the first person to ever break the sound barrier. Over the course of his life, Yeager lived and did things that you would only dream of. Here’s everything that you need to know about the actual “fastest man alive” over the course of his life.

Born in Myra, West Virginia just a couple decades after the Wright Brothers took to the sky, Chuck Yeager grew up during the Great Depression. In World War II, Yeager became a fighter pilot where he took five Nazi fighters out of the sky on the same day. That’s definitely an accomplishment that makes you want to cheer. When the war ended, he did what you expect a 21-year-old would do.

He flew under the South Side Bridge in Myra at 500 miles an hour. Listen, war hero or no, this is definitely something any 21-year-old adrenaline lover would do. No question. Chuck Yeager? He certainly had a love for speed. Remaining in the military, Yeager became one of the best test pilots out at the Edwards Air Force Base, essentially he was the King of test pilots. 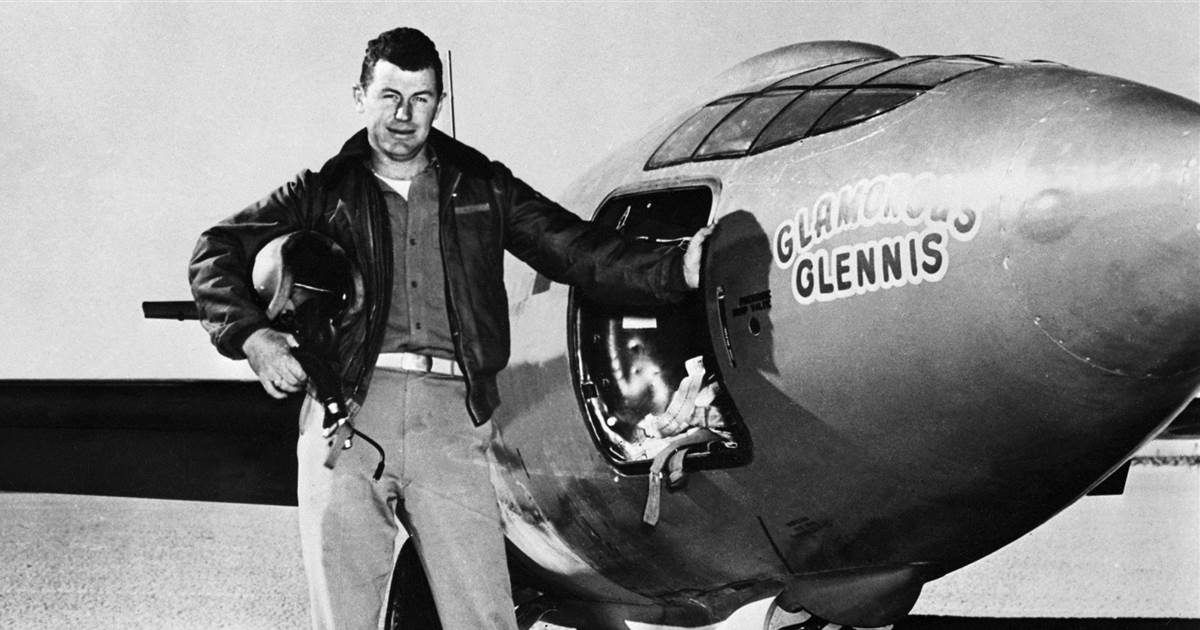 In 1948, Chuck Yeager broke the sound barrier. He did so with a busted rib from a fall off a horse. He went over 700 miles an hour at the time. And Yeager’s reward for accomplishing such a feat? He got his regular military pay of $283 USD a month and a free steak dinner at Pancho’s Happy Bottom Riding Club. We just hope that steak was a prime rib.

Chuck Yeager would be known to audiences that found Tom Wolfe’s 1979 book The Right Stuff and the 1983 movie inspired by it. Sam Shepard played Yeager in the film about the rise of the Mercury 7 astronauts. While Yeager never went into space, he had a coolness that people could only hope to live up to, which was depicted in the book and the film.

He was also a pretty funny guy. At the ages of 74 and 89, Yeager would break the sound barrier again, as one does. When a fan asked Yeager what breaking the sound barrier was like on Twitter, Yeager said, “It will never replace sex.” Which, you know what? Respect, dude. It’s not an answer you’d expect from someone in his 90s, but it probably showed the kind of guy he was. 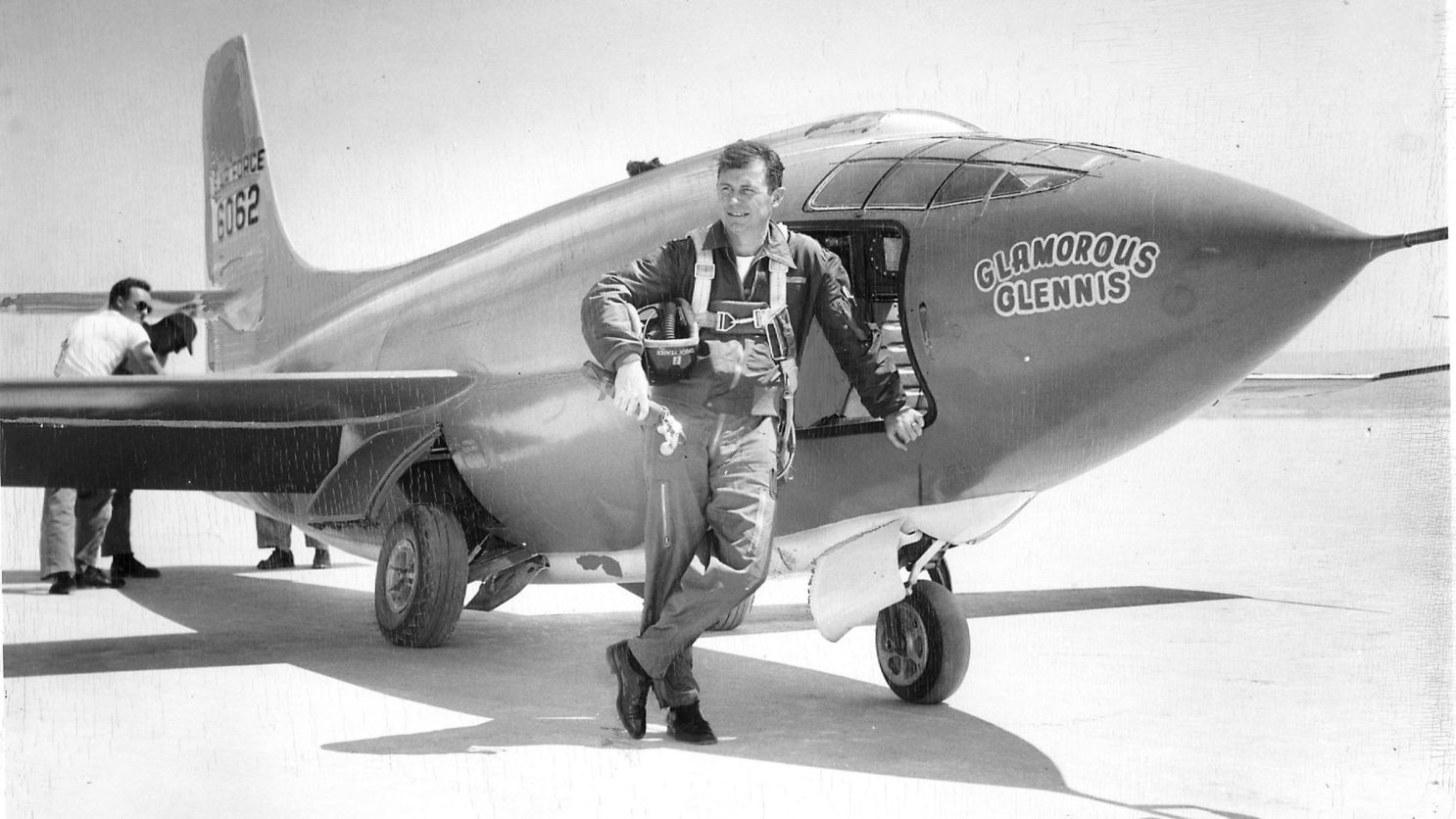 In his career in the military, Yeager would achieve the rank of Brigadier General before his retirement. Over the years after his retirement, he still led an active and interesting life. He was part of the committee that investigated the Space Shuttle Challenger disaster. He also helped developed flight simulator video games as well, which even let players attempt to top his own records.

Yeager also appeared in the 2009 documentary, The Legend of Pancho Barnes and the Happy Bottom Riding Club. The documentary would go on to win an Emmy that year, following screenings at film festivals and a run of public television. 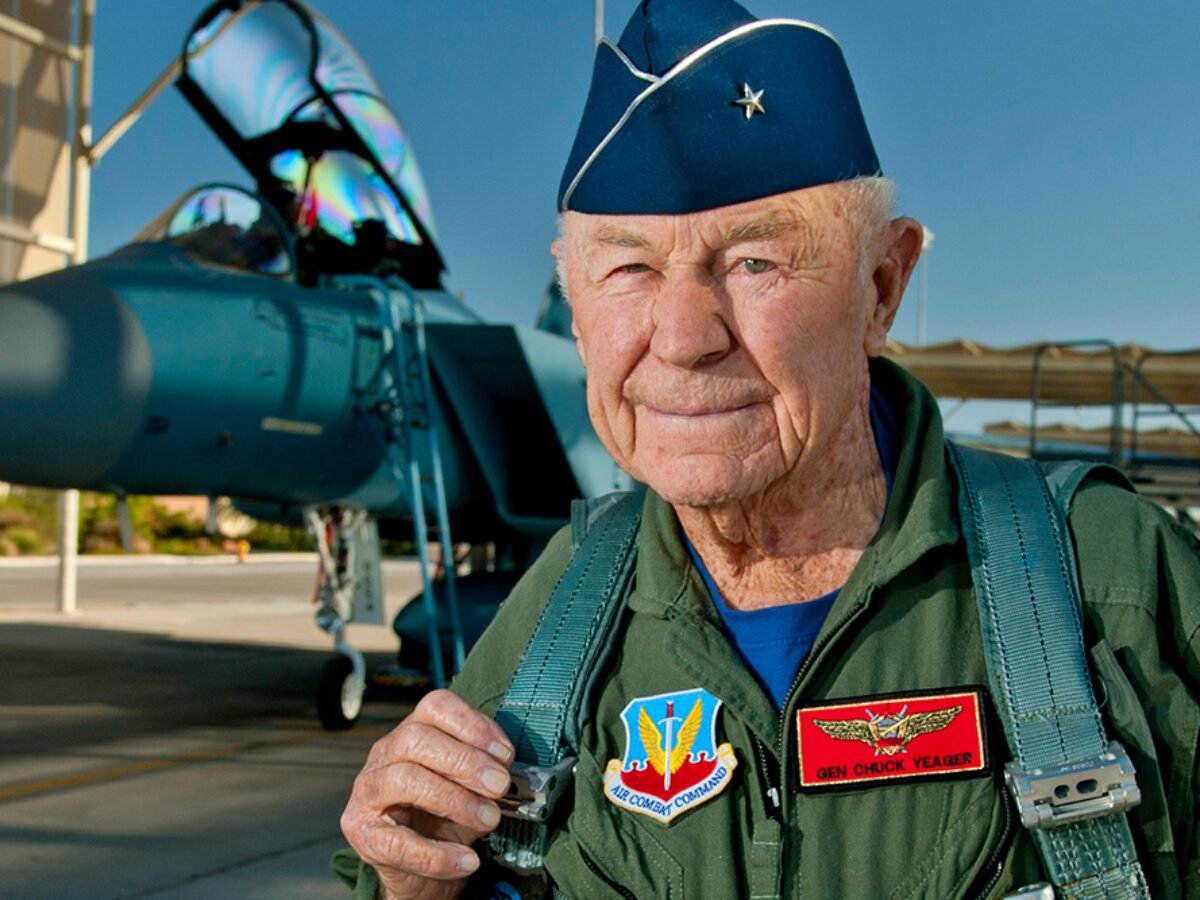 Yeager’s passing on Dec. 7 definitely marked the end of a life, interesting, and impactful life. He was a man that first broke the sound barrier, and went on to do even more amazing things after it. In the end, we definitely lost someone that helped the world in his own way.

If you want to learn more about Chuck Yeager, then check out Tom Wolfe’s The Right Stuff or his 1986 autobiography for more details about his life and work. 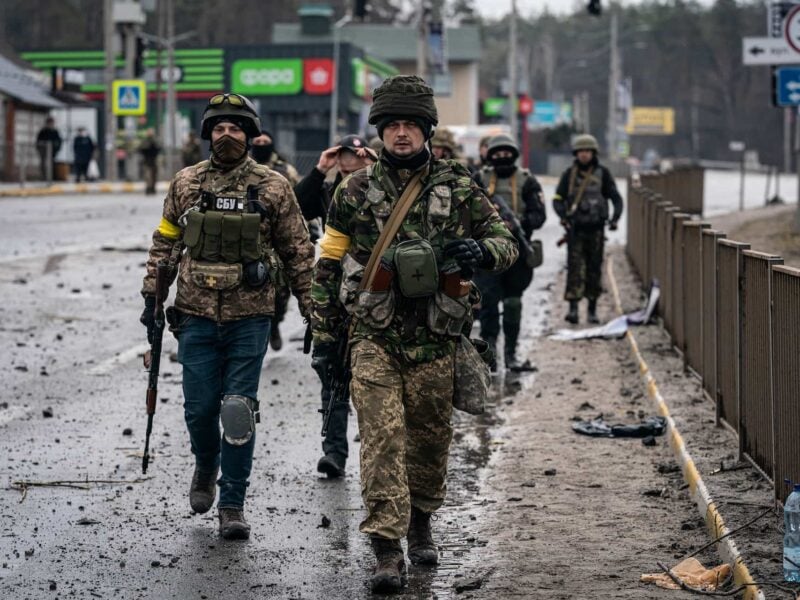