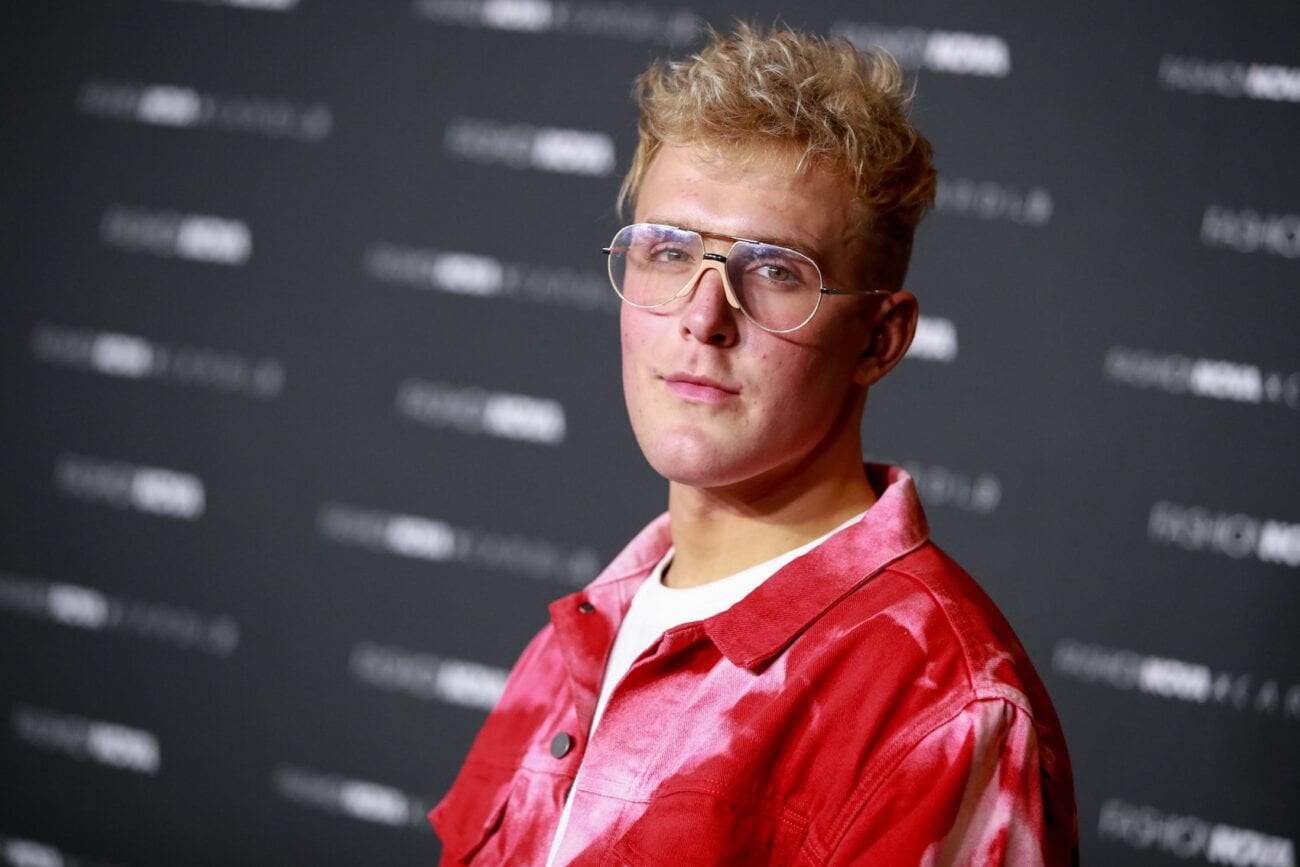 Twitter is where you go to see a person’s true colors. Something about getting behind a keyboard makes everyone feel as though their opinion should be referenced as scripture. And Twitter’s just full of tone-deaf celebs hitting the post button before they reread their little nugget of wisdom for the day.

A lot is happening in the world today and serious matters need to be carefully weighed out. That’s why it’s so much more infuriating when a celebrity thinks they have all the answers just because they have a few million followers. It’s not enough to post a hashtag and send love & good vibes; if that’s all celebs are going to do, then why even bother posting at all?

Here are some of the most frustrating, tone-deaf twitter posts from celebs who seriously just need to shut the hell up. 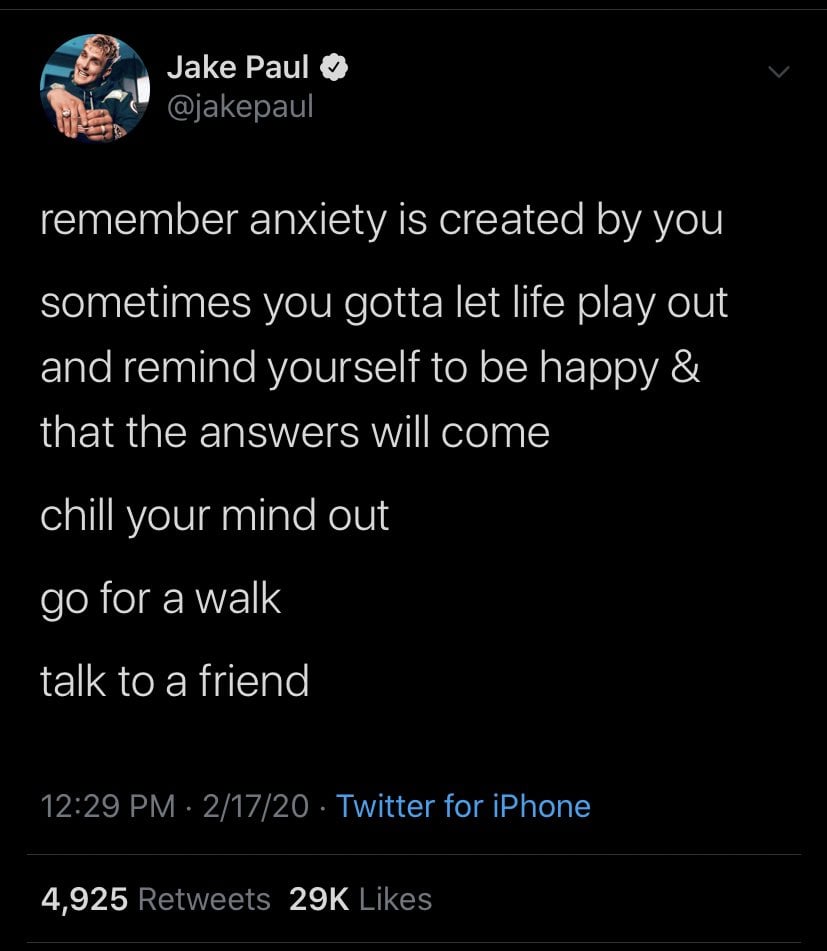 The best Jake Paul tweet is no Jake Paul tweet at all. The YouTube star has made a career out of pulling asinine stunts to entertain an army of sycophantic tweens. Lately Jake has been dipping into some amateur psychology to tell us how we can cure ourselves of anxiety: just stop worrying.

His problematic tweets about mental health are just about the least of his worries right now as during BLM protests in Arizona, Jake & his friends were filmed looting a mall. Jake jumped on Twitter once to state his group did not participate in the looting. Apparently they were just there to film the chaos so they could brag about being there and use it to promote their brand. Yeah, much better. 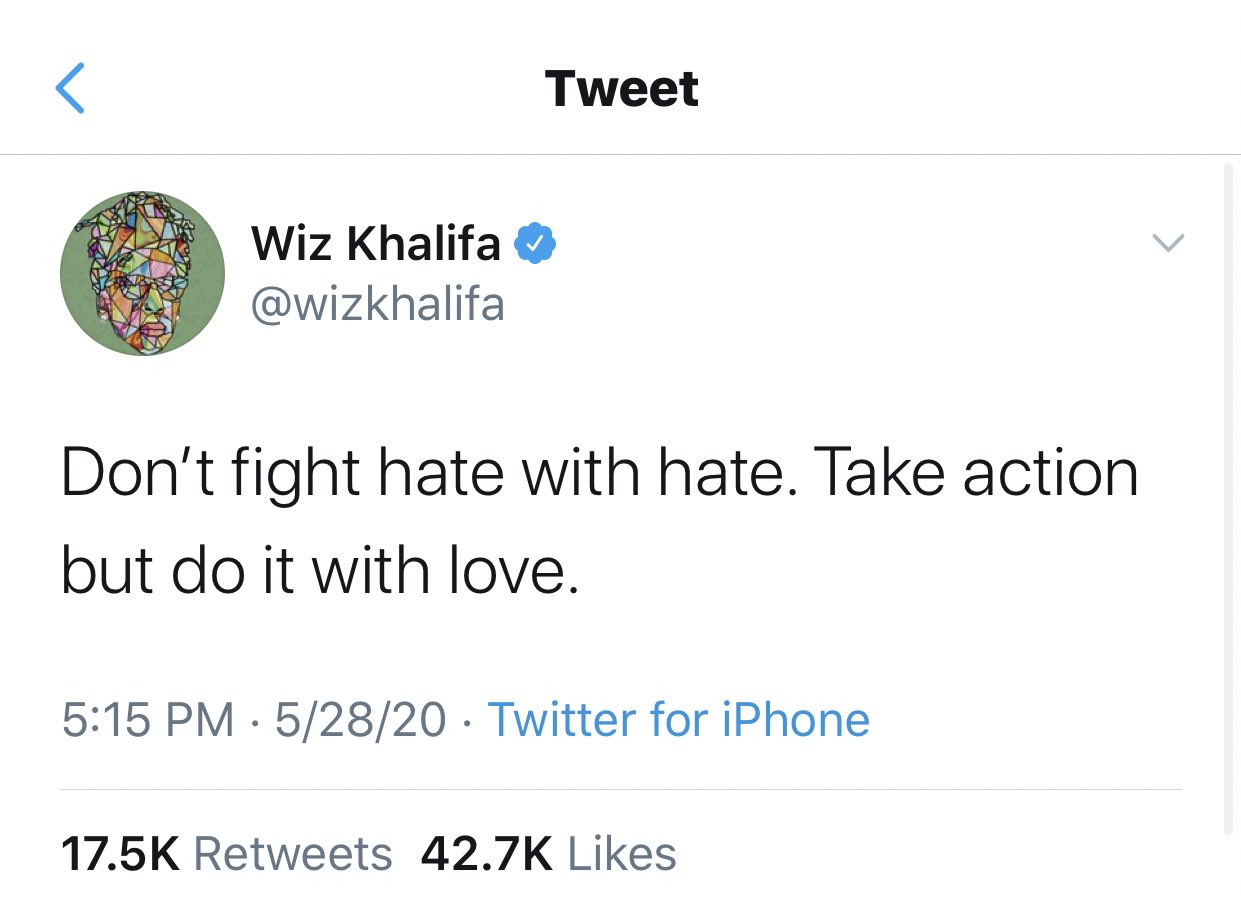 Someone needs to tell celebrities that this isn’t the time for useless platitudes. Wiz Khalifa might have thought sending positive energy is the way to go. It’s not, it’s just putting a band-aid on a gaping wound and patting yourself on the back. Just stop. 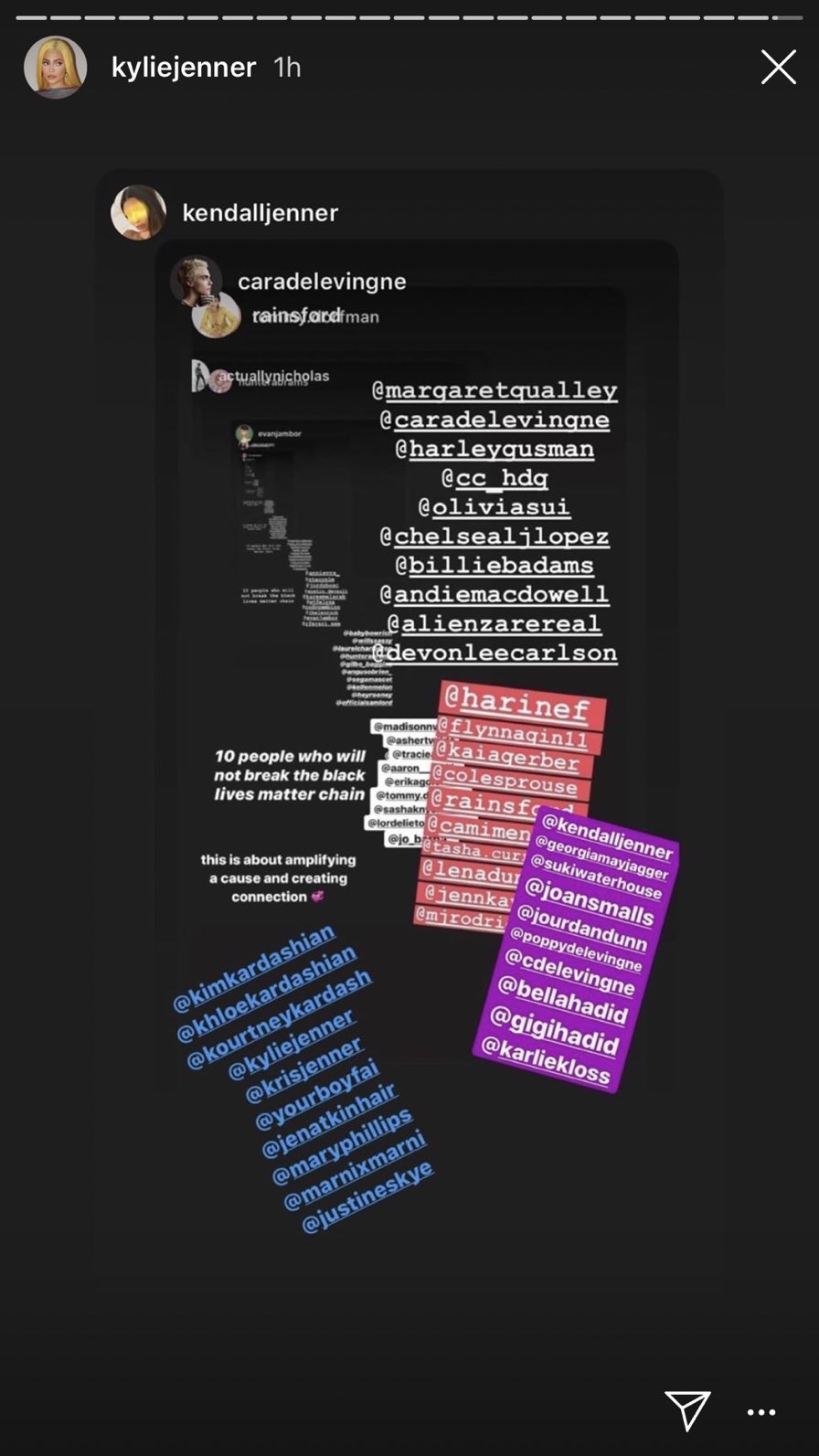 Check out this Instagram chain where celebs like Cara Delevigne, Kendall Jenner, and Kylie Jenner took turns being pointless. The many celebrities who take part in this used this luke-warm response to the BLM movement as an example of their activism. When Kylie was called out for not speaking out for the movement she tweeted back, “I did”. 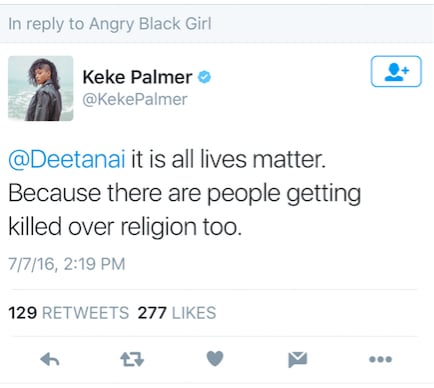 Speaking of pointless tweets, here’s one from Keke Palmer treading through the same old argument we’ve been through a hundred times when it comes to Black Lives Matter vs. All Lives Matter. How about less Twitter, more research. 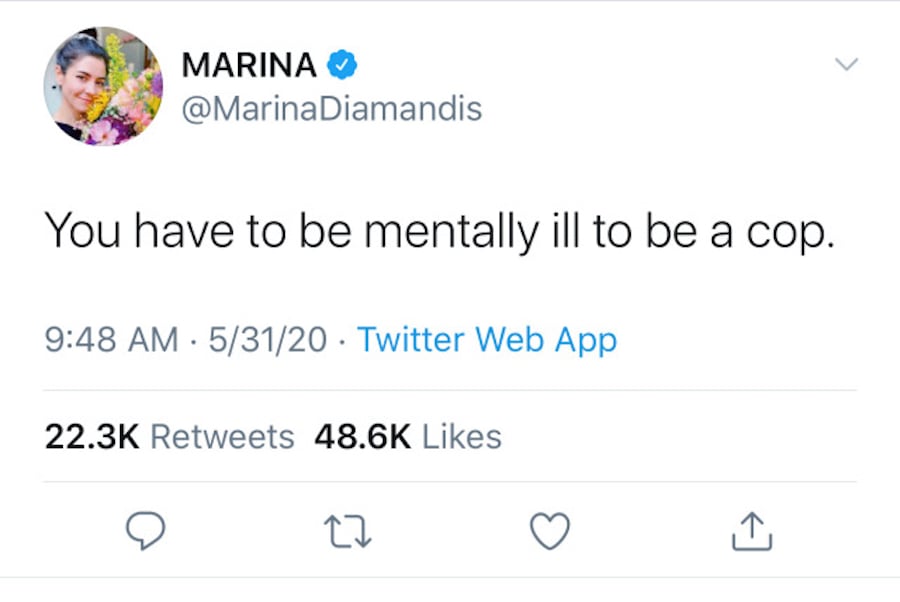 Here’s an example of shooting your mouth off via Twitter. Why did Marina think this was a good thing to say? We’d truly like to know. Not only does it make a sweeping statement that all cops are bad but it also reinforces the damaging stigma that people with a mental illness are violent. 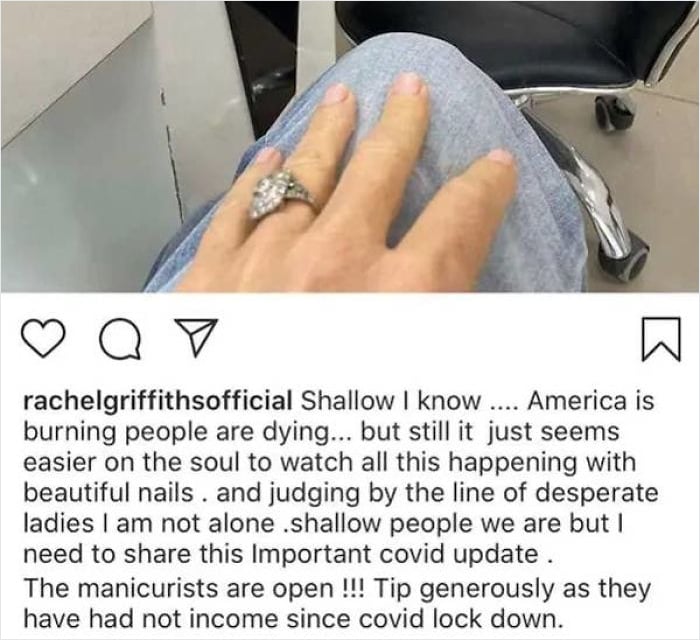 We think what Katie’s taught us here is just because you’re “self-aware” it doesn’t make your dumb tweet any less . . . dumb. Next time, don’t feel the need to post whatever pops in your head. That would probably be more helpful than whatever this was. 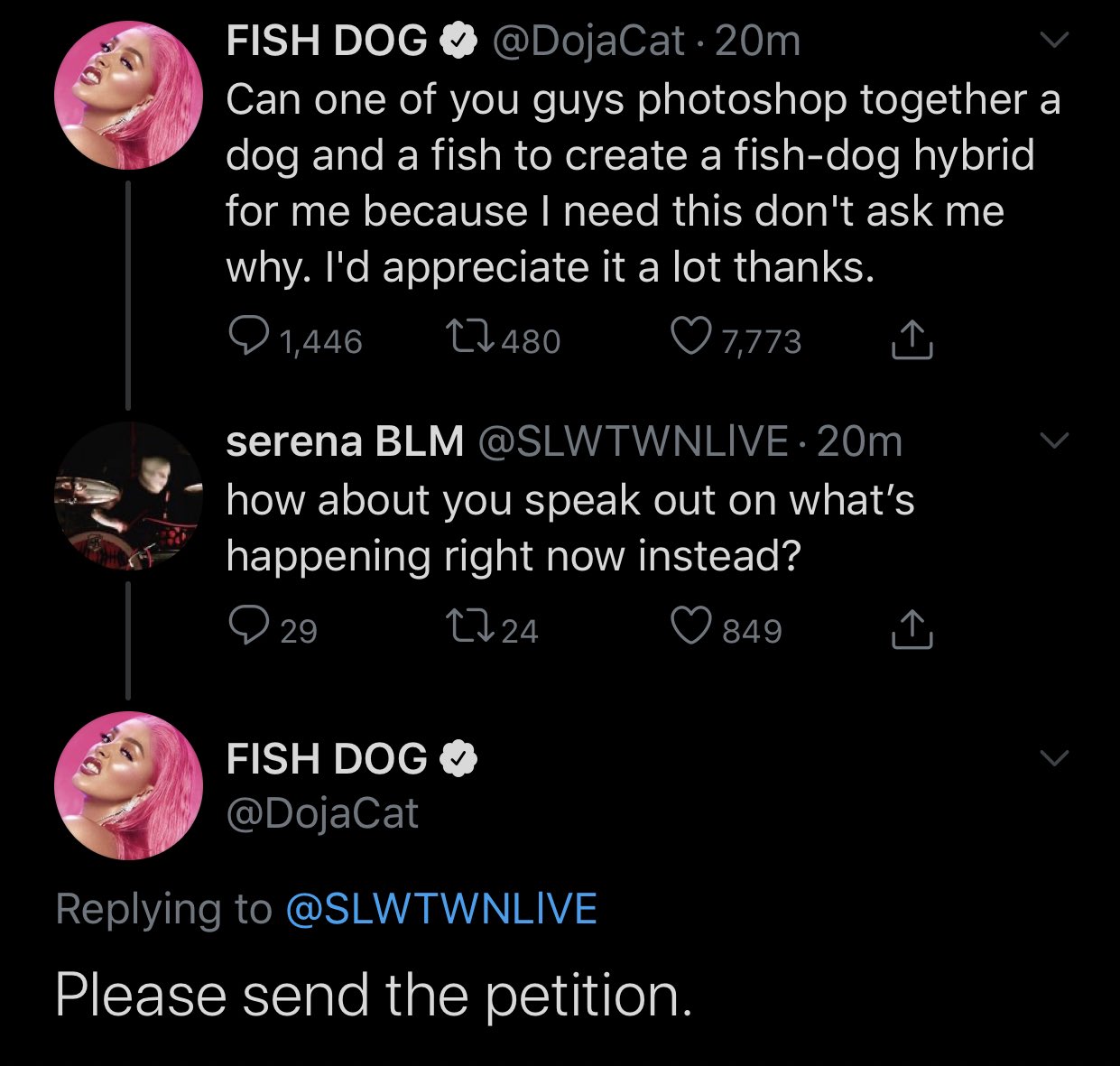 While some celebrities have used their platforms to stand in solidarity with the BLM movement, others have been just too darn busy asking for photoshopped animal hybrids. And if Doja Cat didn’t appear lazy & entitled enough, her request to be spoon-fed activism just takes the cake.