We don’t want to speak hastily, but Cats is shaping up to be not only the movie of the holiday season but the movie of the year. Honestly, Star Wars: The Rise of Skywalker doesn’t stand a chance against it; it would be easier to face down a battalion of Imperial stormtroopers than engage in a dance battle with the Jellicle cats.

What we find so interesting is the production chose to cast all-new, fresh faces to star in this CGI cat house. It’s a bold move, it’s a risky move, and we are so amazed at how similar some of these CGI cat people look to real-life human people.

We’ve gone through the characters and tried to match up their celebrity doppelgangers. Let us know in the comments below if you can see the resemblance!

Honestly, the look here is very similar to if Helen Mirren killed and skinned a polar bear and wore its flesh while recreating her iconic performance as Queen Elizabeth II in 2006’s The Queen. Old Deuteronomy looks regal, she looks deranged, and she honestly looks a little bit like Judi Dench fused with a fur coat if you ask us. 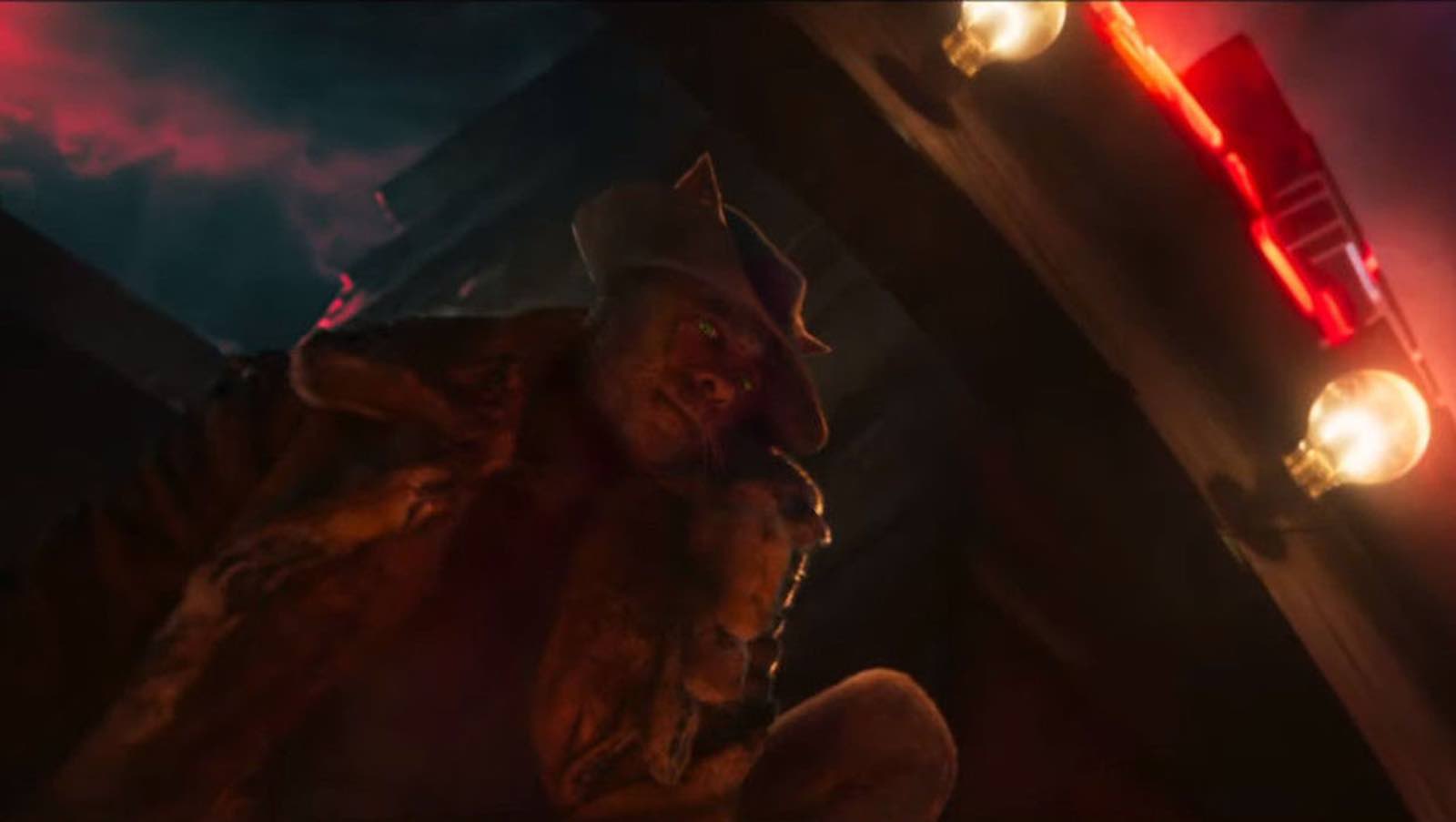 When we saw Dreamgirls in theaters for the first time, the entire theater stopped to applaud the end of Jennifer Hudson belting out “And I Am Telling You I’m Not Going.” Hudson played Effie in the stage-to-screen adaptation, and while it was disappointing that the show-stopping number was wasted pining over Curtis (Jaime Foxx), it nonetheless was the highlight of the movie.

We’re not entirely sure who is playing this sad, CGI cat person with the face that seems to move only when a computer programs it to, but Grizabella’s rendition of “Memory” is giving us serious Effie showstopper vibes. 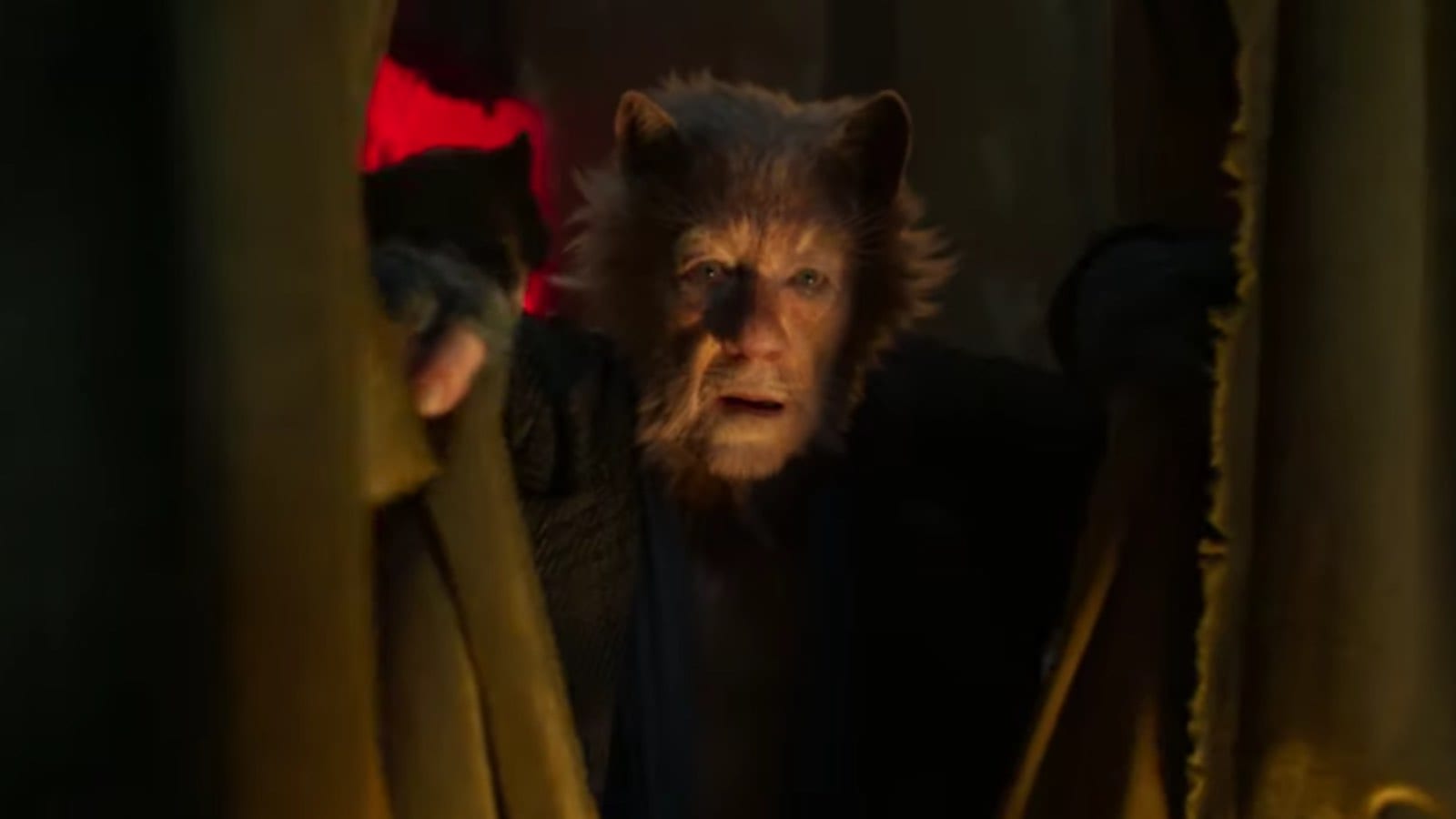 Gust the Theatre Cat appears only briefly in the Cats trailer, but look on his face tells us that we shall not pass…into the rest of the theatre. 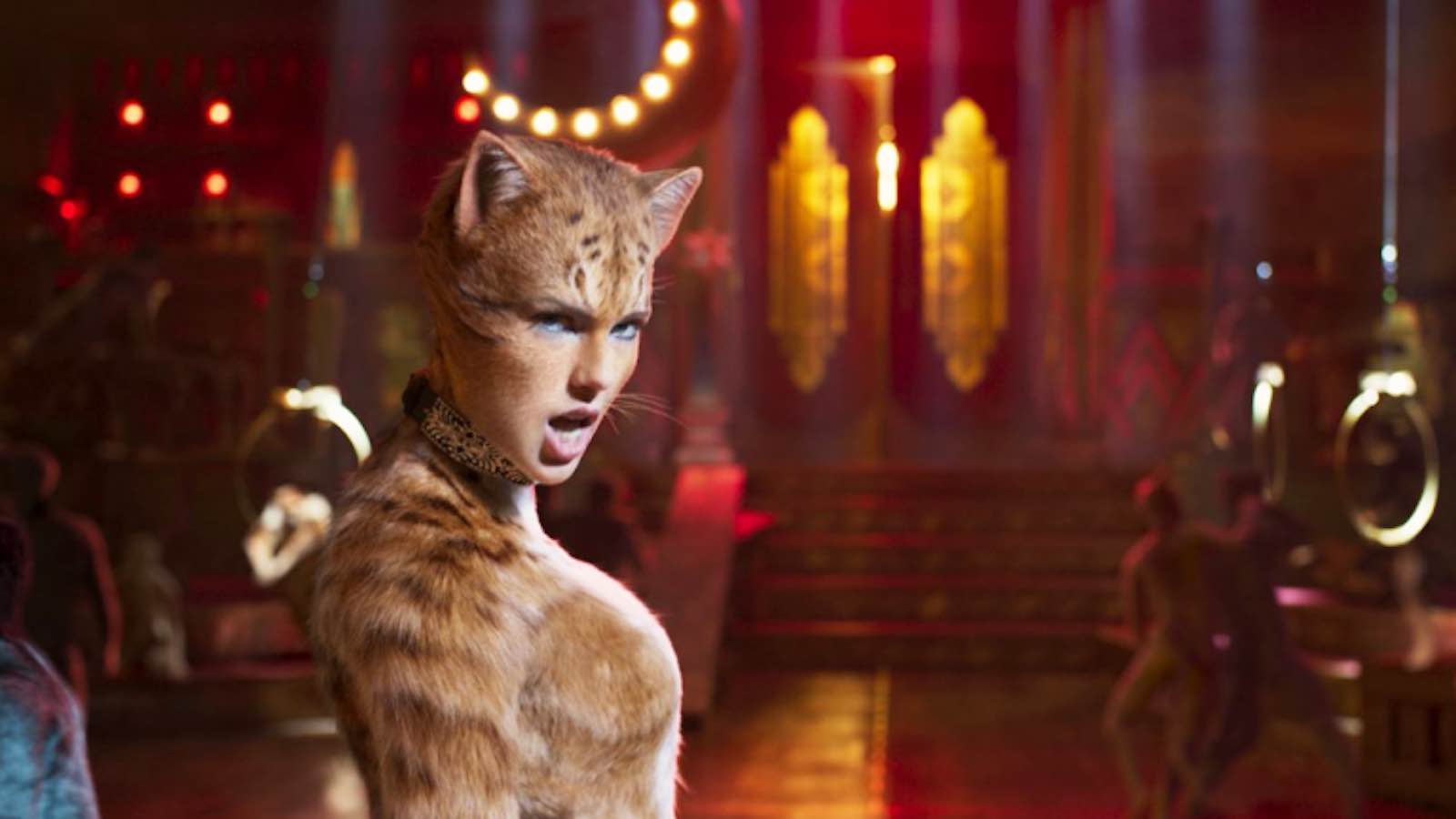 Bombalurina is a confident lady who knows what she wants: she is a flirt, she has catnip, for some reason she (and the other lady cats) have cat-breasts, she has a cool collar…she really has it all.

Bombalurina is a star of the cat world, she is a born leader with a legion of followers who would do anything for her. If anything, she has the essence and power of Taylor Swift, combined with the facial features and singing style of Taylor Swift (we have no way of knowing if it’s Taylor Swift, though.) 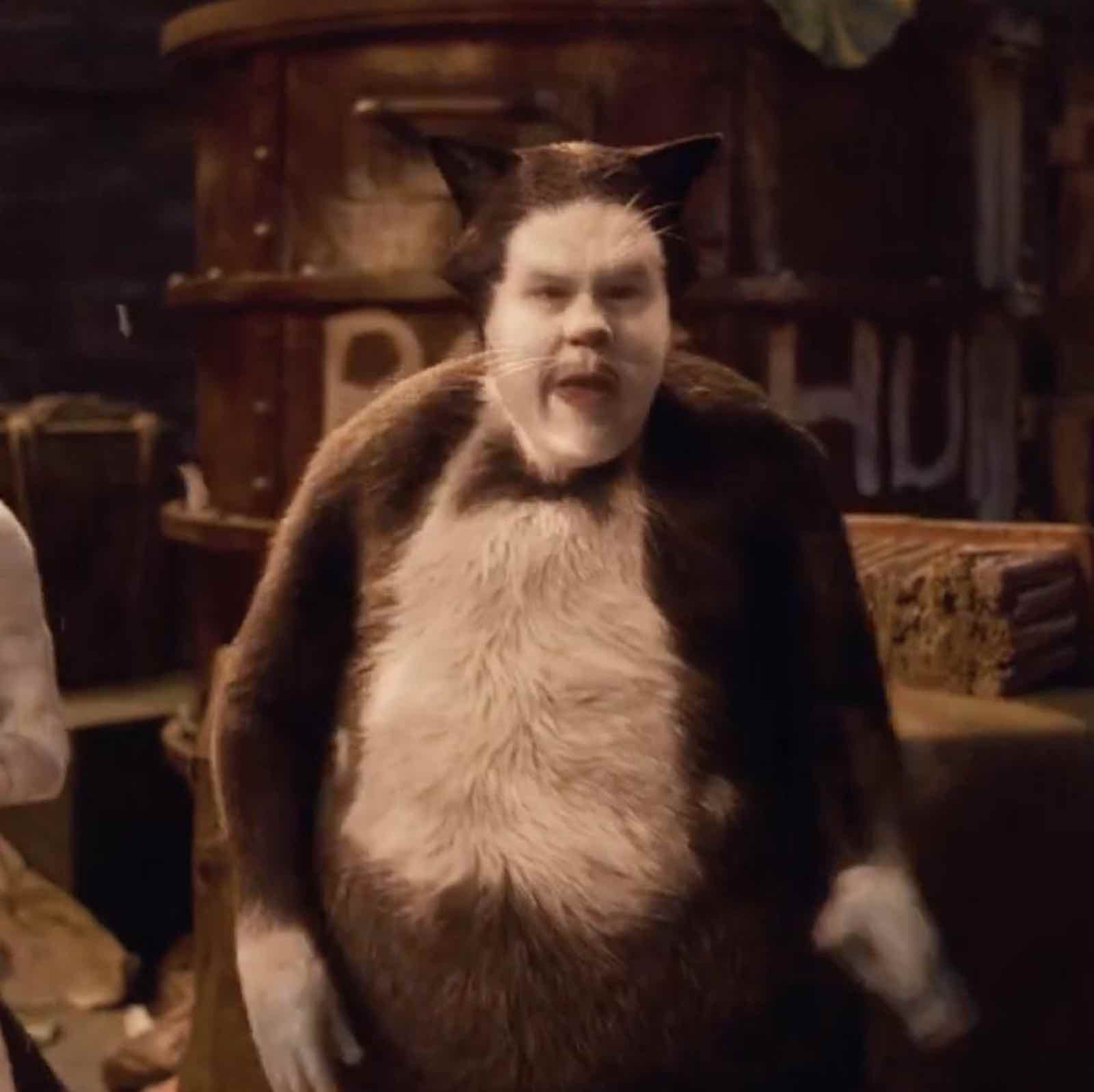 On the Cats musical Fandom page, which we have bookmarked and visit regularly, Bustopher Jones is described as a “genial, cheerful, a personality who enjoys life to the fullest.” This could describe any number of late-night hosts: Seth Meyers, James Corden, Jimmy Fallon, Jimmy Kimmel…it’s hard to pick just one. 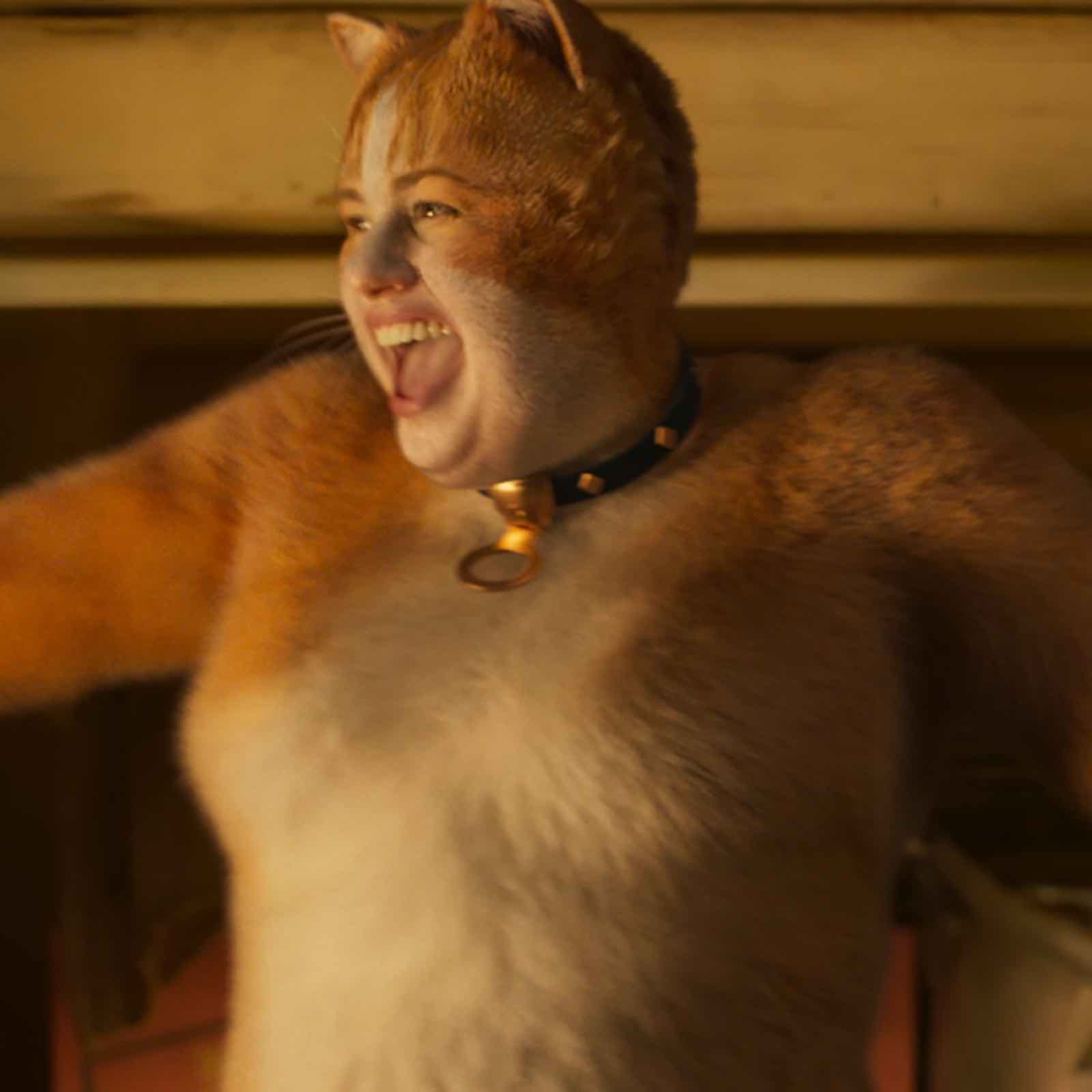 Jennyanydots is the scheming cat, who holds dominion over the mice and cockroaches. Her ability to bend the will of others to her own whims reminds us of Rebel Wilson in Bridesmaids, who lived in an apartment with the sole goal to irritate and torment Kristen Wiig.

The 2000 film Sexy Beast cast Ray Winstone as Gal, a former convict who spent most of his time drinking and swearing and lounging by a pool. The role of Captain Growltiger is kind of like the character of Gal in cat form.