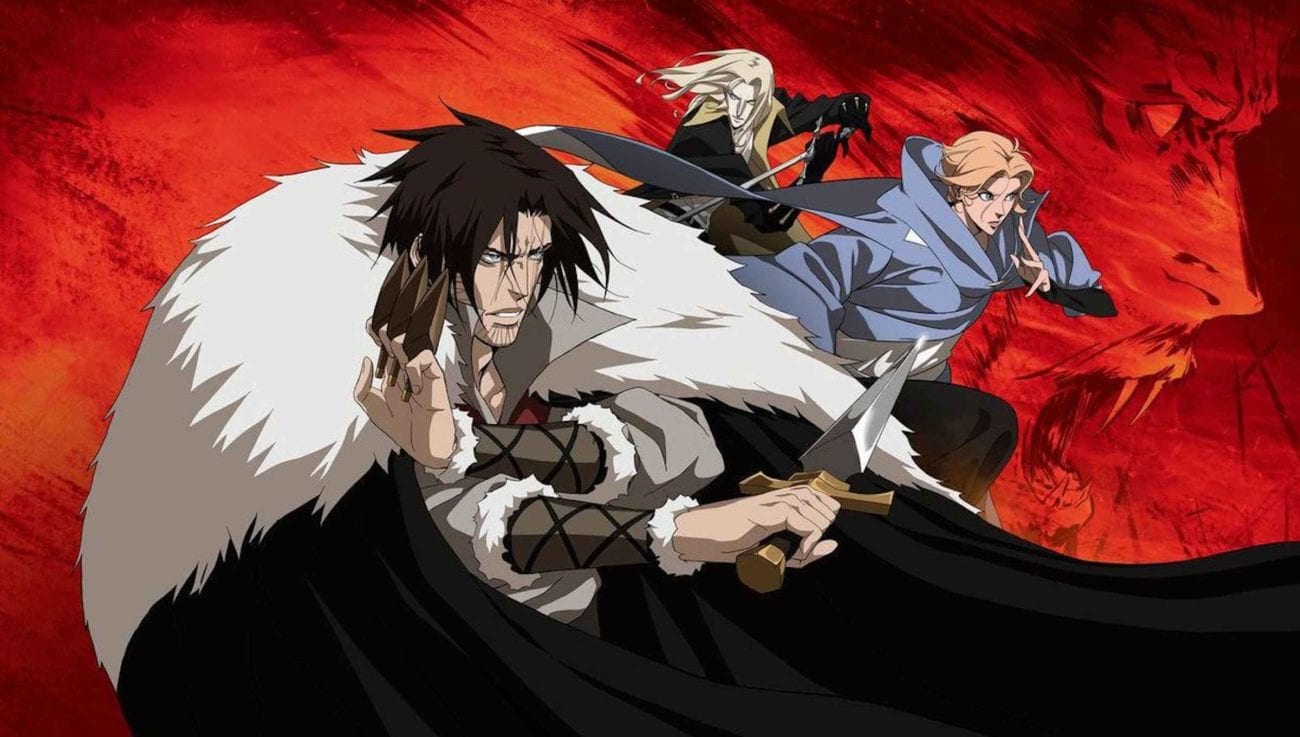 ‘Castlevania’ season 2: Everything to remember

Castlevania, the Netflix anime adaptation of the beloved video game franchise, has proven to be one of the best-animated series on Netflix. In fact, the short and bingeable Castlevania is the most popular animated original series on Netflix. Fans have been eagerly awaiting for season three.

With its official announcement, it’s time for a refresher your memory of where we left off with Castlevania’s second season. Castlevania seasons one and two adapts the plotline of the 1989 game Castlevania III: Dracula’s Curse. We follow Trevor Belmont (voiced by Richard Armitage), the last living member of an excommunicated family of monster hunters, as he travels through the nation of Wallachia, which is beset by the forces of vampire Dracula (voiced by Graham MacTavish), who wants to destroy humans after the death of his beloved human wife by the church. 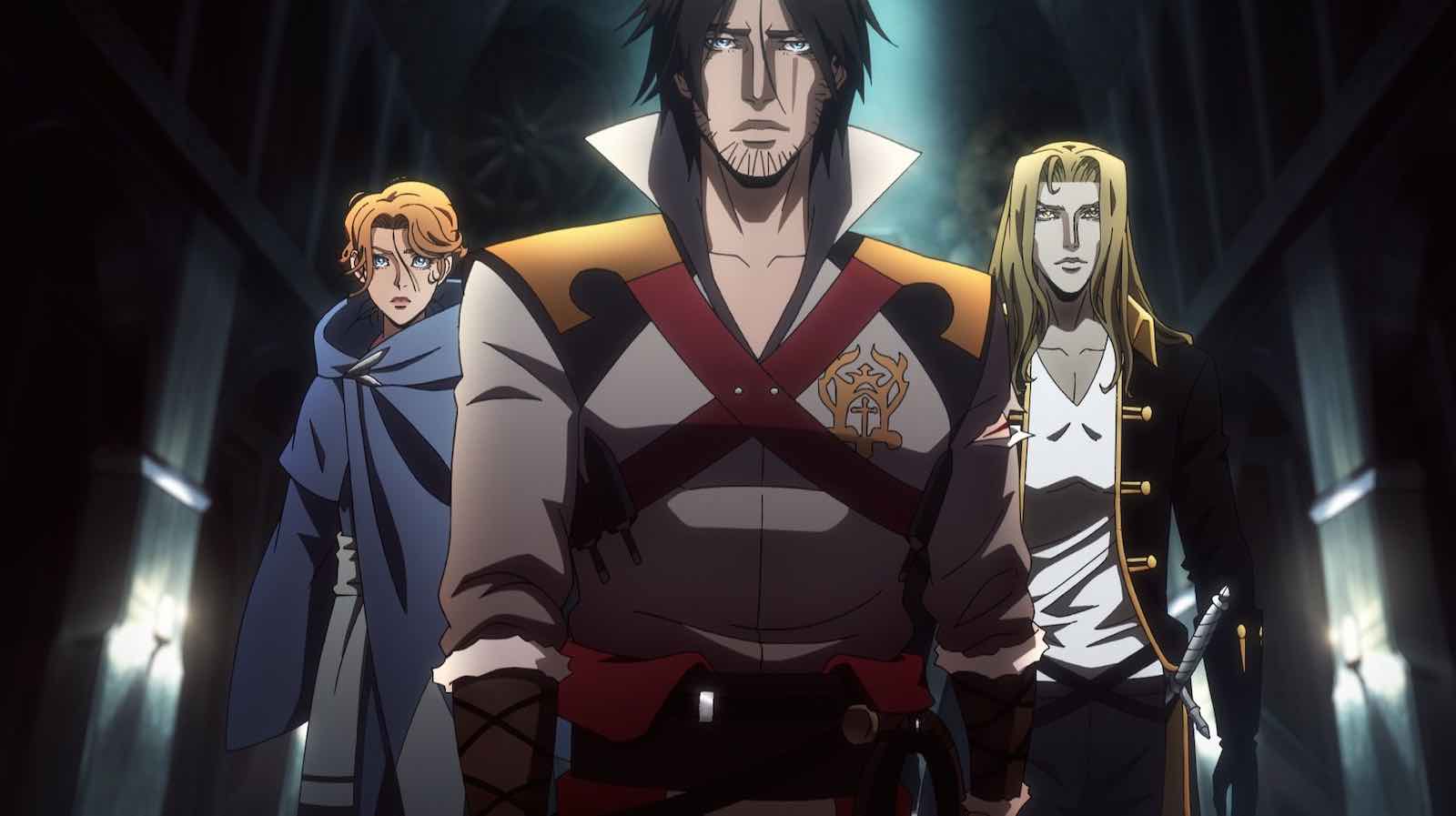 Season two consists of eight episodes, which follow the trio of Trevor, Sypha, and Alucard as they search for Dracula’s teleporting castle to finish him off. Meanwhile, Dracula is dealing with vampiric political mind games while chasing after his bloody revenge.

Dracula has been on a suicide mission ever since his beloved wife died. In season two, it looked like Dracula had given up on his plan to wipe out humanity. Instead, the legendary vampire fell into a deep depression, refusing to eat, and literally wasting away.

In the penultimate episode, “For Love”, Dracula and Alucard fight each other. When they stumble into Alucard’s childhood bedroom, Dracula seems to come back to himself momentarily, allowing his son to kill him. Of course, that means Alucard has to live with himself for killing his father. 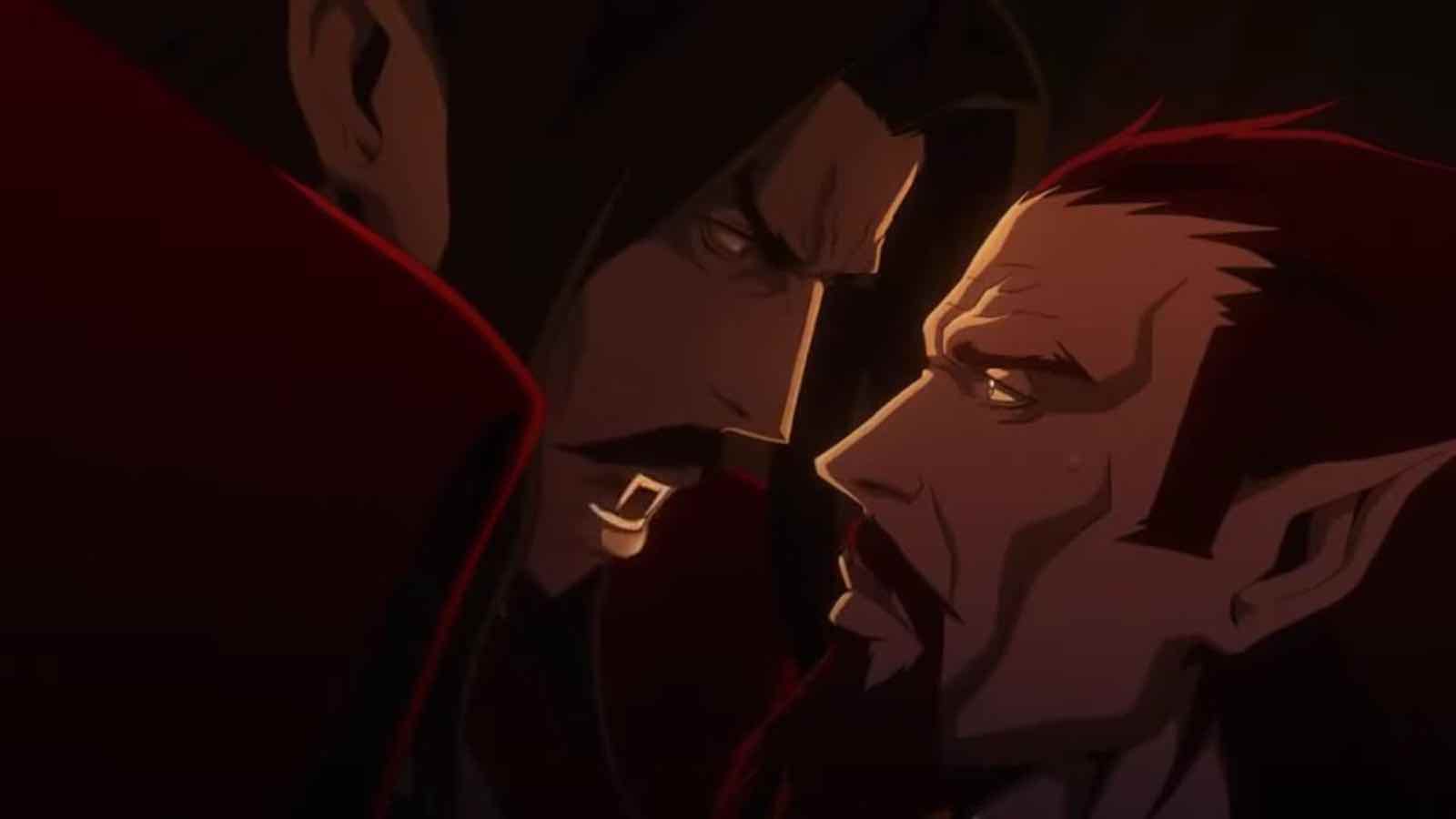 The final shot of the series shows Alucard crying as he stands alone in Castle Dracula, as lonely as his father was before meeting his father. So we’re sure that’s going to bode well.

Though given that Castle Dracula is officially parked over the Belmont Archives, we think that Trevor’s going to show up at some point. At the very least, we’re hoping he saves the sad dhampir made from himself. 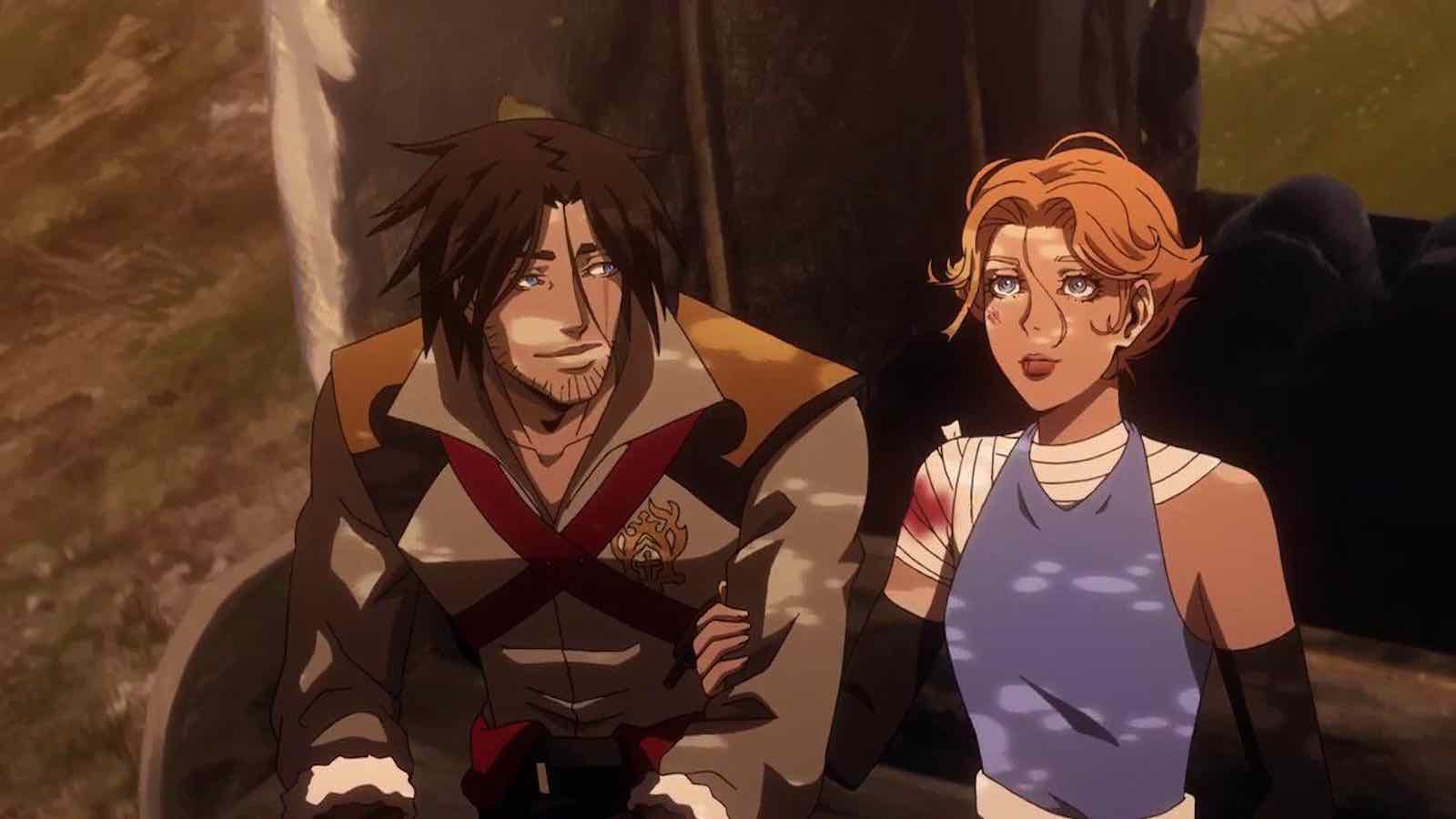 At the end of the second season, Trevor plans to go at it alone again. Sypha, however, decides against joining the other Speakers, the keepers of oral traditions, and suggests that she and Trevor team up together to take on monsters. Trevor seems pretty amenable to the idea.

So it looks like if you’ve been shipping the pair, then they end up in a pretty good place for romance to blossom in season three. 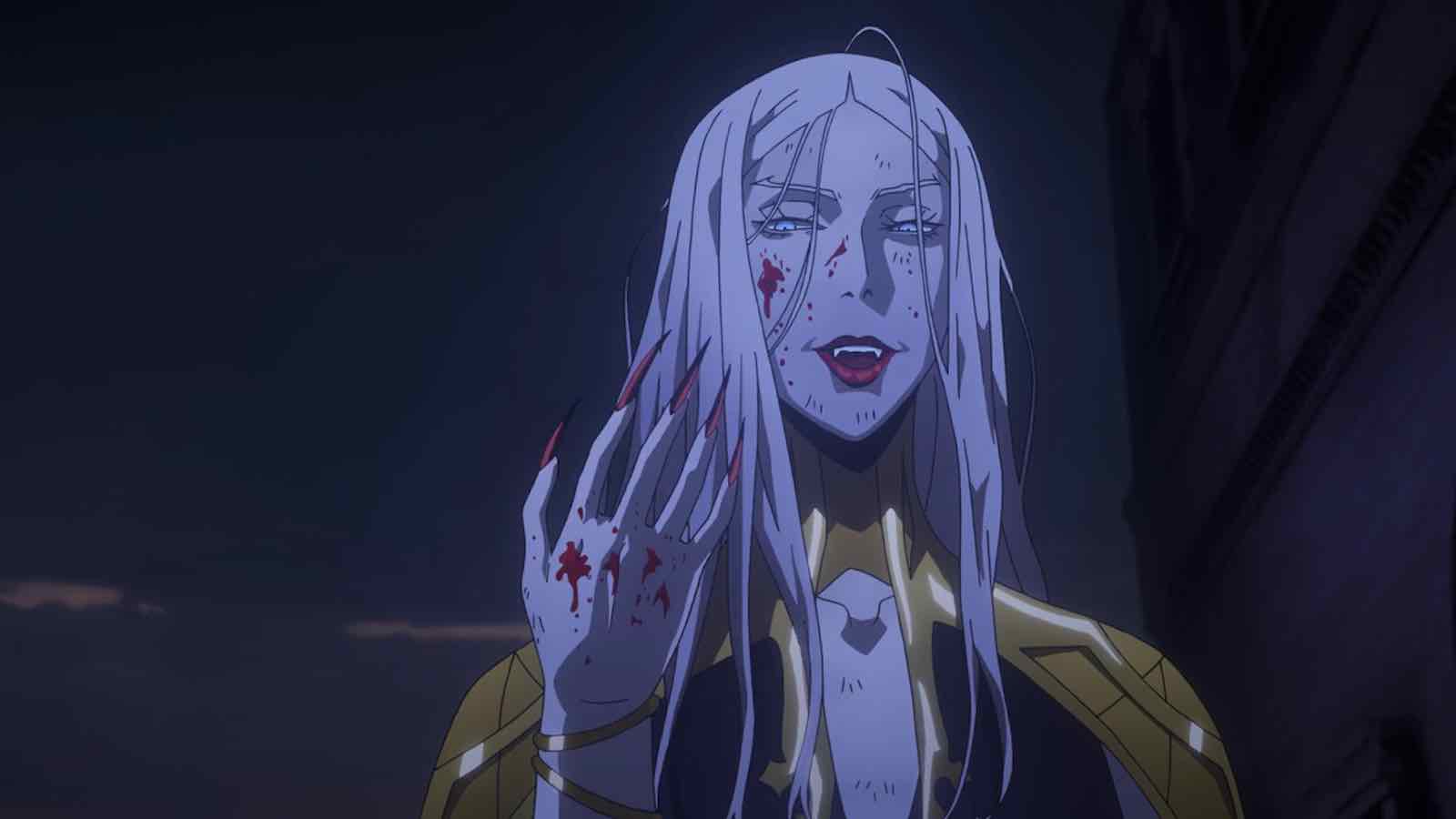 With Dracula really and actually dead, it looks like the vampire Carmilla (Jamie Murray) will take center stage as the new Big Bad going forward. It makes sense as Carmilla is a fan favorite character both the games and Joseph Sheridan le Fanu book. With a void of power amongst the vampires, the political-minded Carmilla is definitely looking to take that seat.

As Carmilla is seldom the Big Bad in the video games, it will be great to see Castlevania give her a chance to let her wickedness shine in season three. She also has Hector’s (Theo James) monster making skills to help bulk up her army. Really made a deal with the devil there, Hector. 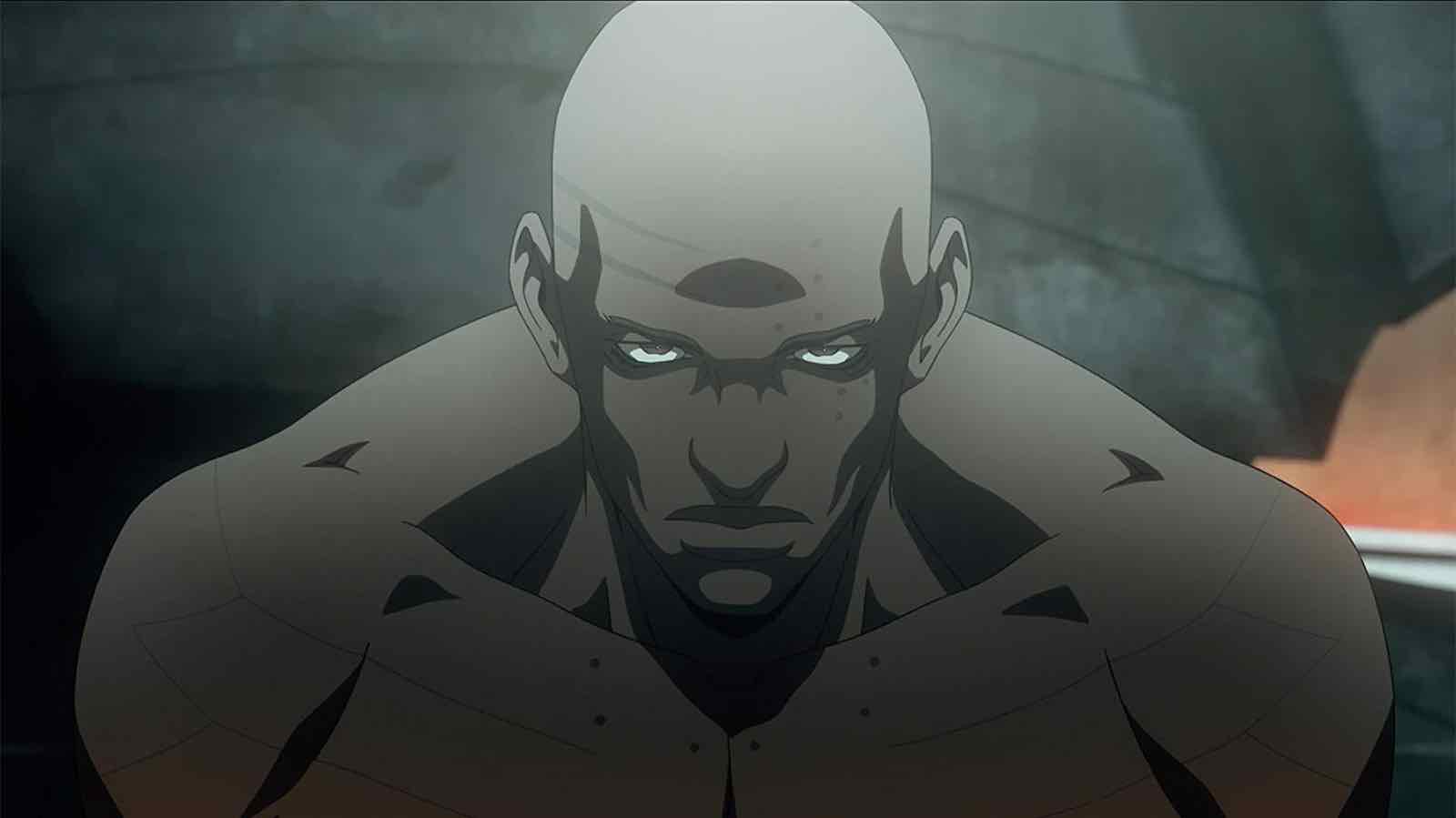 The finale of season two saw Isaac (Adetokumboh M’Cormack) banished to an unknown desert land by Dracula, in order to protect Isaac from Alucard. Isaac did not appreciate that. When a band of travelers tried to imprison Isaac, he quickly turned the tables on the group and made them his undead minions.

So Alucard is definitely going to find himself surrounded by both Carmilla and Isaac.