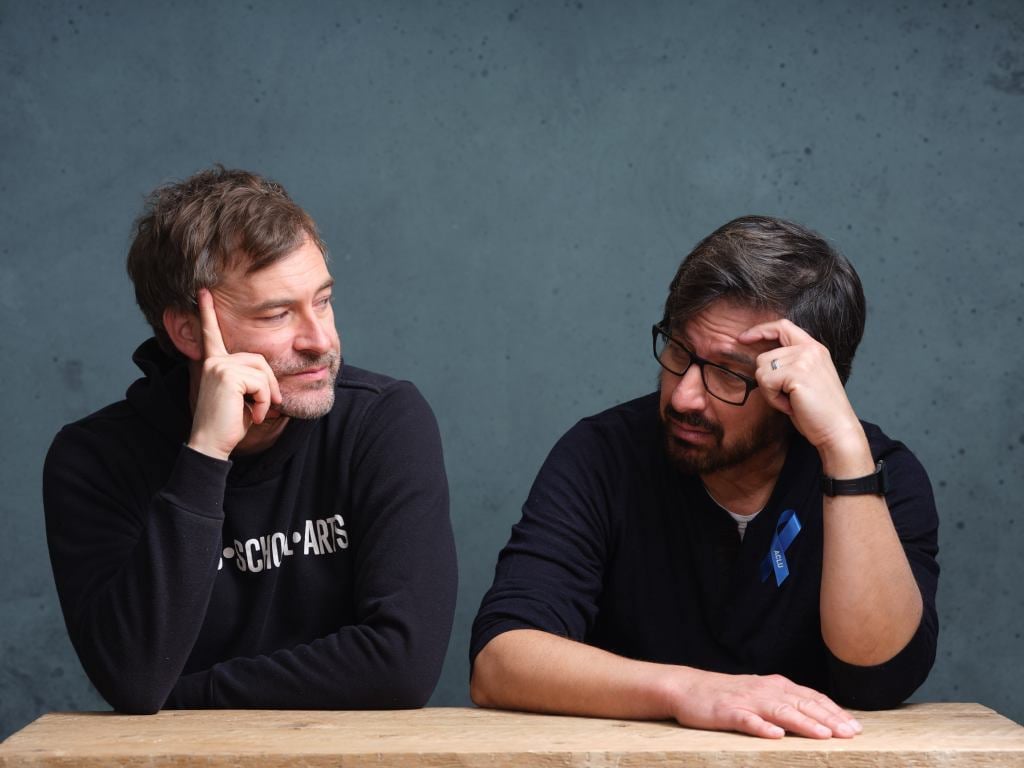 Canceling all celebs? Mark Duplass and others make it sound appealing

In response to George Floyd’s murder, Black Lives Matter protests erupted across the country in the middle of a pandemic. As with many events like this. Mark Duplass and other celebs are taking the time to make their voices heard. It went as well as the ad from a few years ago where one of the Kardashians handed a cop a Pepsi at a protest.

With loads of money and a platform, celebrities are great assets to further any cause. In partnership with the NAACP, several white celebrities including Mark Duplass, Aaron Paul, and Kristen Wiig made a video #ITakeResponsibility, vowing to call out everyday bigotry. While their intentions were honorable, it left us feeling cringe. Here’s why. 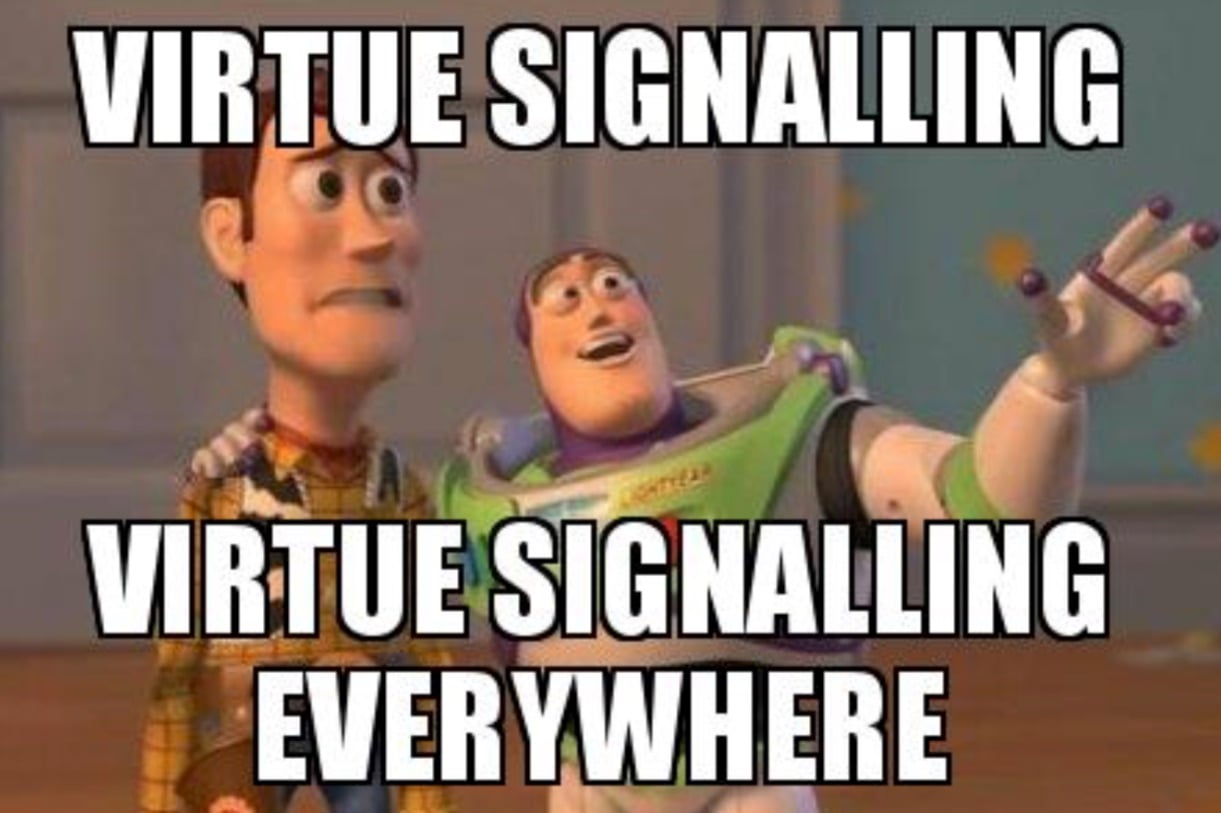 What is virtue signaling?

Virtue signaling is the activist equivalent of all talk and no action. It’s when celebrities use their platform to express disgust with a horrible situation, but their allyship ends there. While Mark Duplass and other celebrities donate, many others in the #ITakeResponsibility video just talked in an outraged toned of voice. 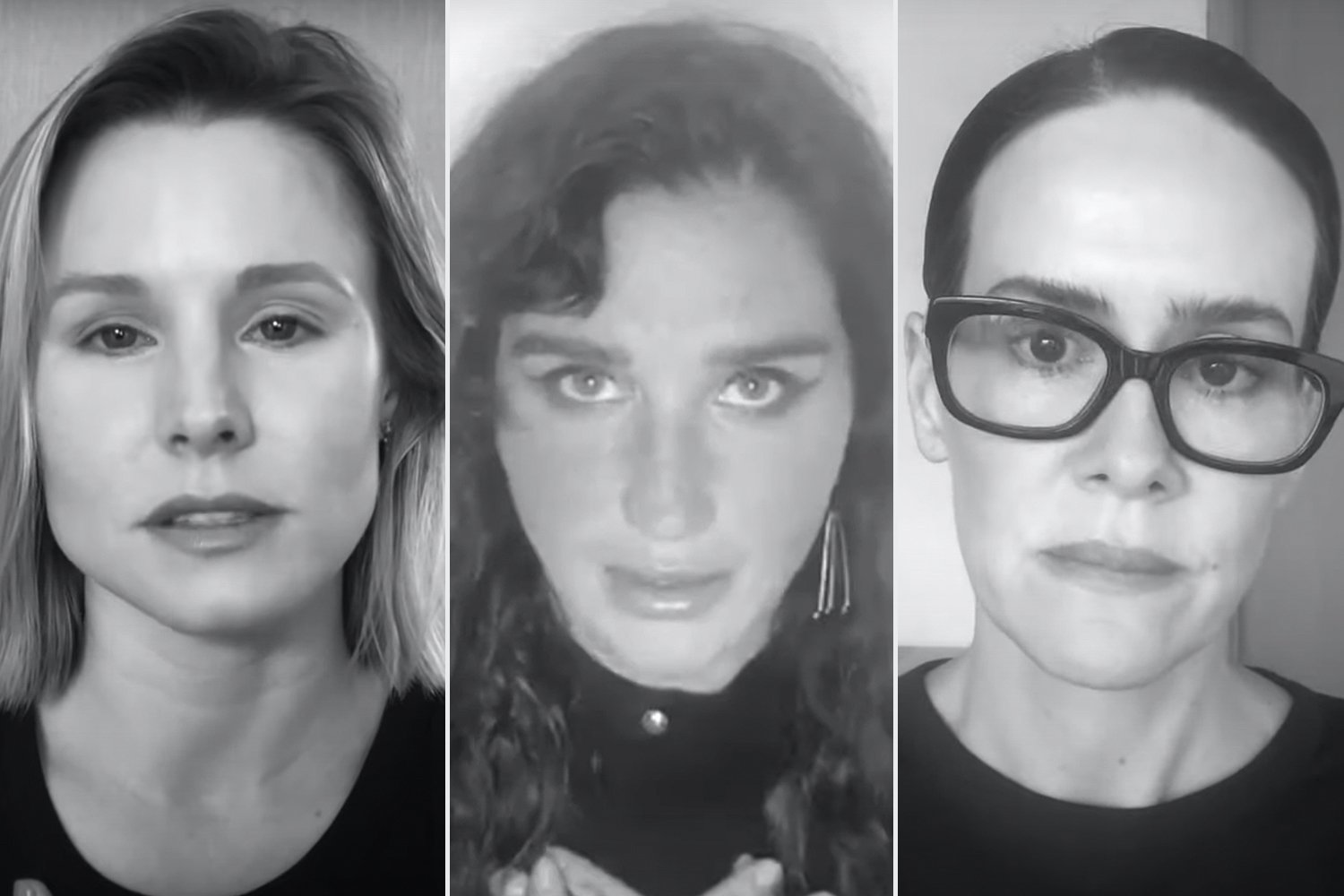 Does this ad drown out the voices we need to hear?

The project was meant to be by allies like Mark Duplass, for allies. Why does it still sound tone deaf? While #ITakeResponsibility partners with the NAACP, it inadvertently positions white feelings over POC experiences. Here’s how.

No one cares how allies feel about what’s going on. While it’s great that celebrities like Mark Duplass are trying to inspire white allies to do the right thing, the video felt self-congratulatory. It felt like they were saying sorry for the sake of saying sorry. 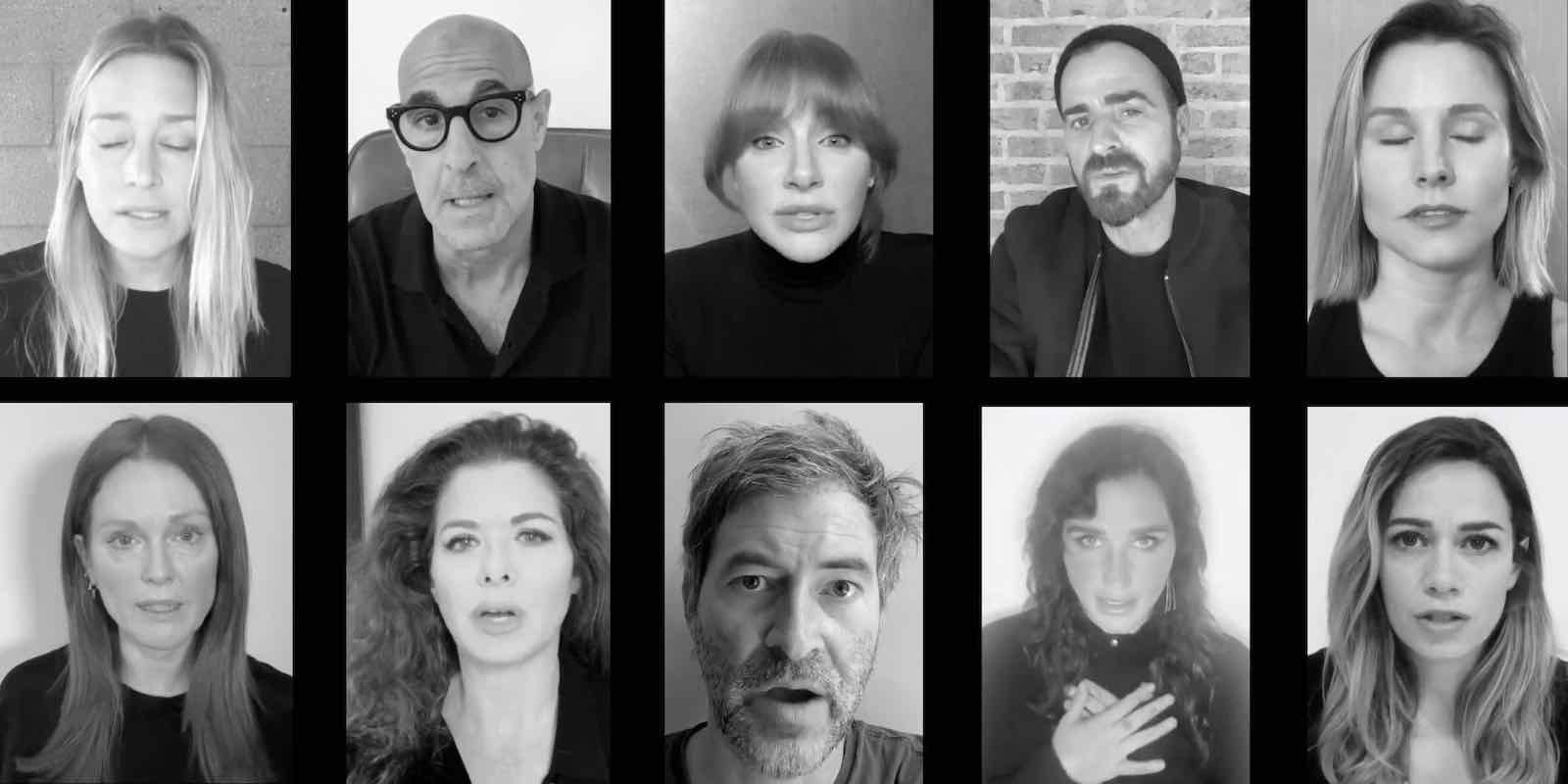 All talk and no action

#ITakeResponsibility and celebrities like Mark Duplass invite allies to act. Unfortunately, like safety pins in 2016, it doesn’t guarantee they will. While allyship is important, there’s a difference between helping the cause and grandstanding. Most people know what it is and can see it from a mile away.

Usually, people with that level of discernment aren’t celebrities. Throughout the video, the voices of Mark Duplass et al felt more like they were reading lines passionately from a script. To some viewers, it felt less like a call to action and more like an audition or performance. 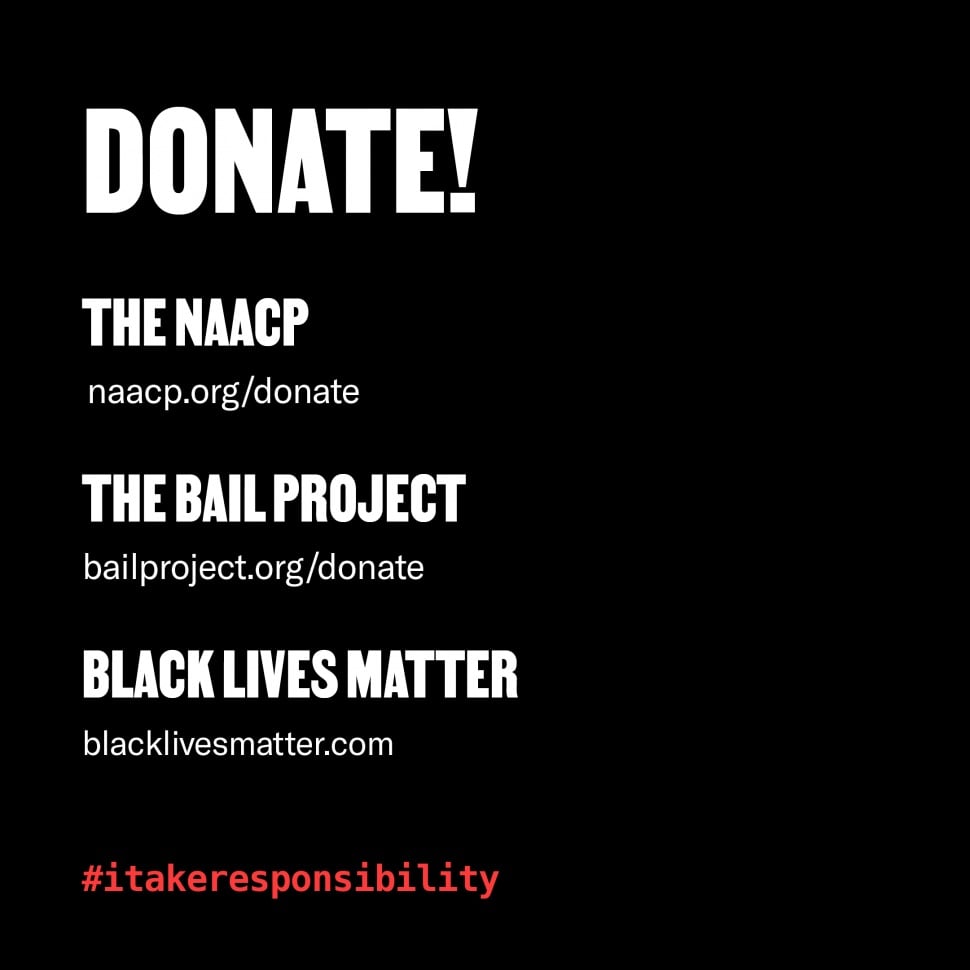 To be fair, there are many celebrities involved in this commercial who put their money and time where their mouth is. Many in this video have donated to the ACLU or BLM long before it was made. Mark Duplass posted many donations sites his fans can visit. There are many more celebrities who are bringing their presence to marches and rallies. 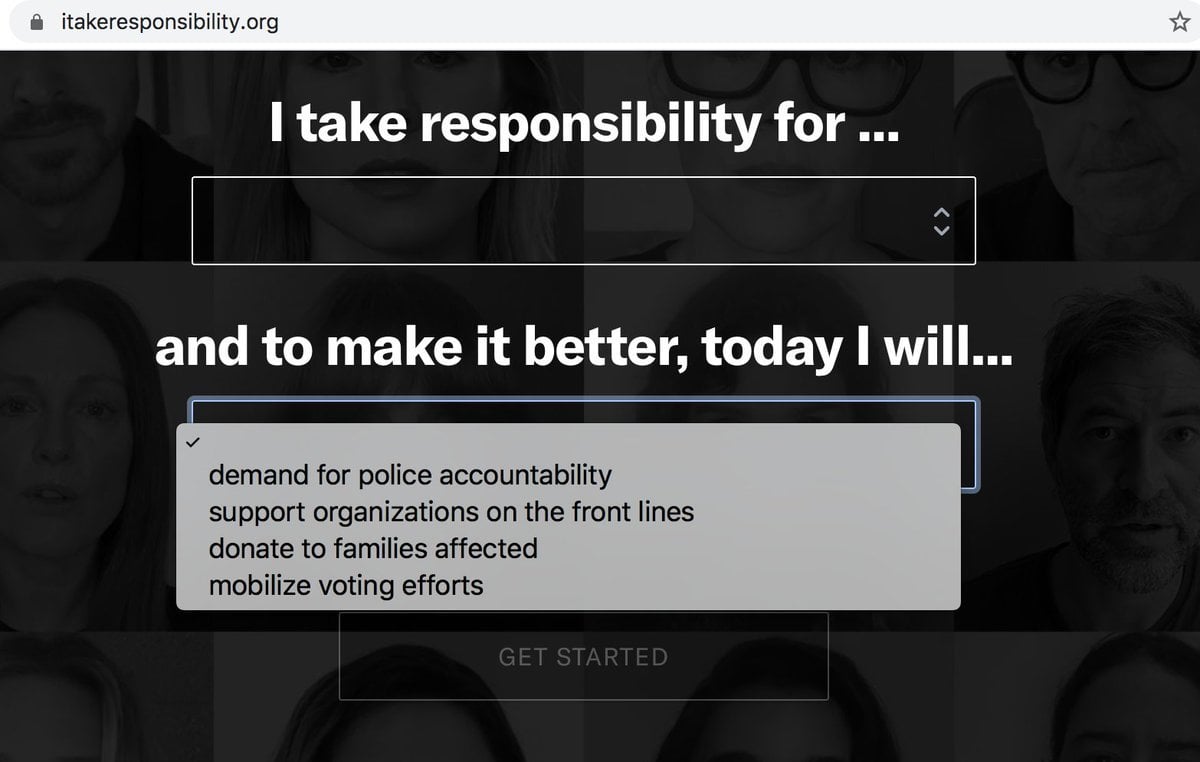 Reactions were hit or miss

Reactions on the web seem split. Many find the #ITakeResponsibility video cringy, but others applaud celebrities like Mark Duplass for raising awareness. One user commented that they would reach an audience that isn’t tuned into the news. Some viewers may have trouble speaking up and need some encouragement. It could help.