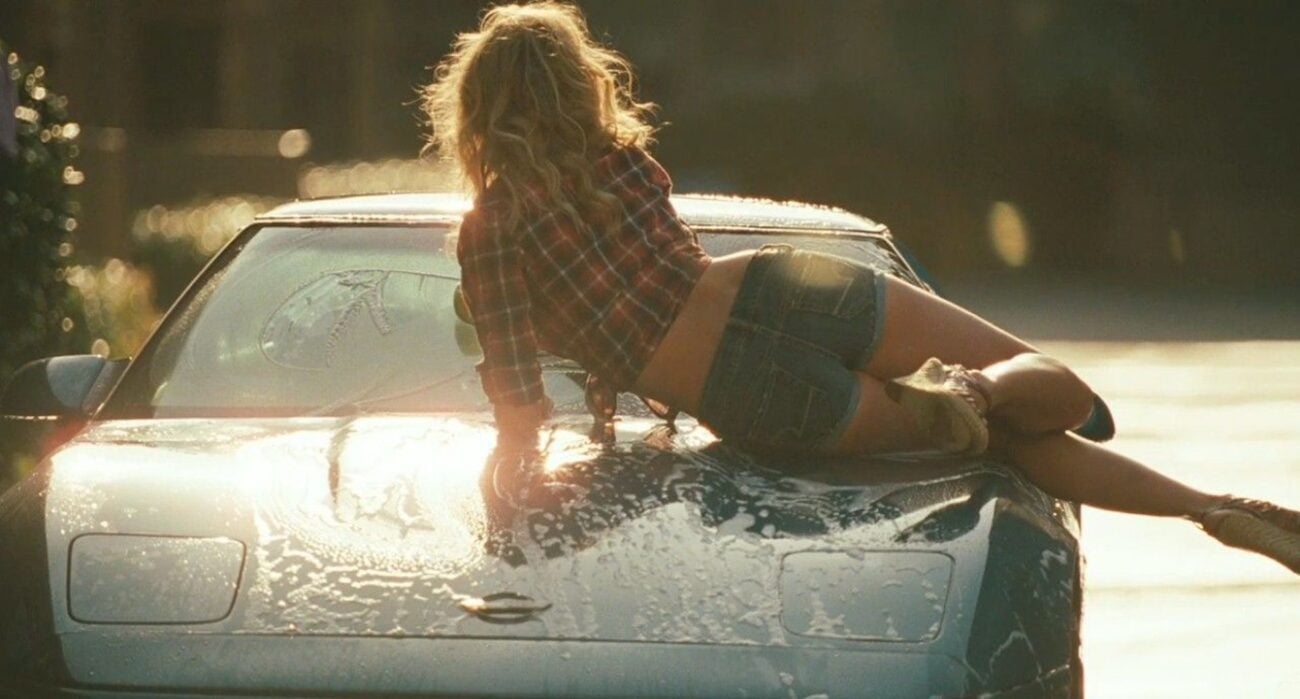 Remember Cameron Diaz’s cute underwear dance scene in Charlie’s Angels? Or the iconic cow lick bangs in There’s Something About Mary? Well, unfortunately, the renowned actress who’s best known for movies like The Mask & Shrek, is no longer blessing audiences with her corky and sexy roles.

It’s been eight years since Cameron Diaz decided to throw in the towel and retire from her acting career. Although, you might be wondering what the blonde bombshell is up to now? 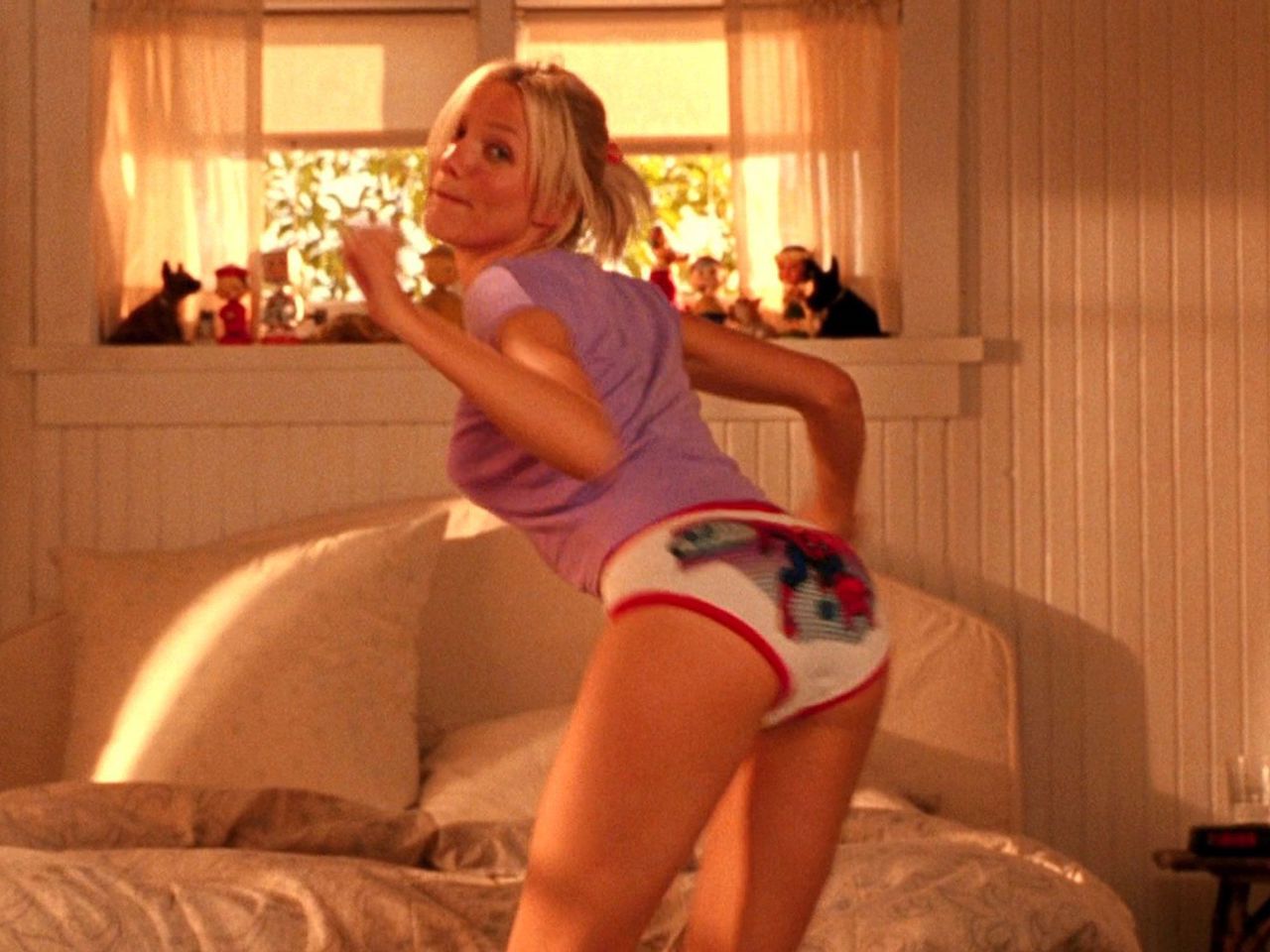 Previously working as a model, Diaz shot to stardom almost immediately with her debut in 1994’s The Mask starring opposite Jim Carrey. From there, Diaz became one of the most popular and successful actresses in Hollywood.

At nineteen, Diaz shot a bondage photoshoot, which was filmed and turned into a half-hour video. In the 1992 video, Diaz is dressed in a high-cut bodysuit (think black and latex-y). 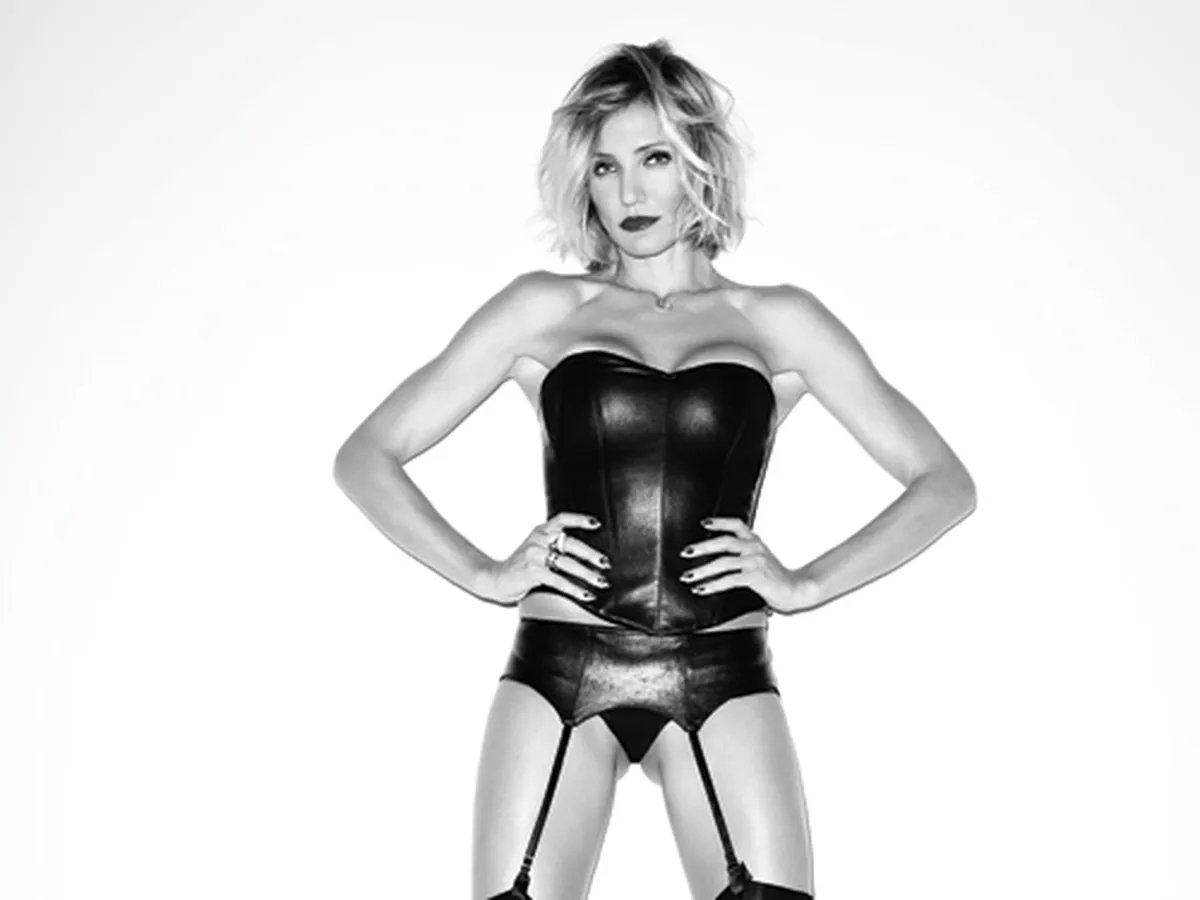 According to the New York Post, she’s also shown lurking, dominatrix-style, over a shirtless guy in chains with another young model called Natasha. Cameron pulls down her bodysuit and hardens her nipples with aerosol spray in the video.

Two years after the kinky video was shot, Cameron hit the big-time due to the success of The Mask. She went on to build a squeaky-clean image on which she has built her reputation. However, the low-grade erotica film gained popularity and was distributed on the internet in the following years. The actress tried to stop the circulation of the footage — but the holders of the video allegedly demanded $3.5 million from her to bury it. 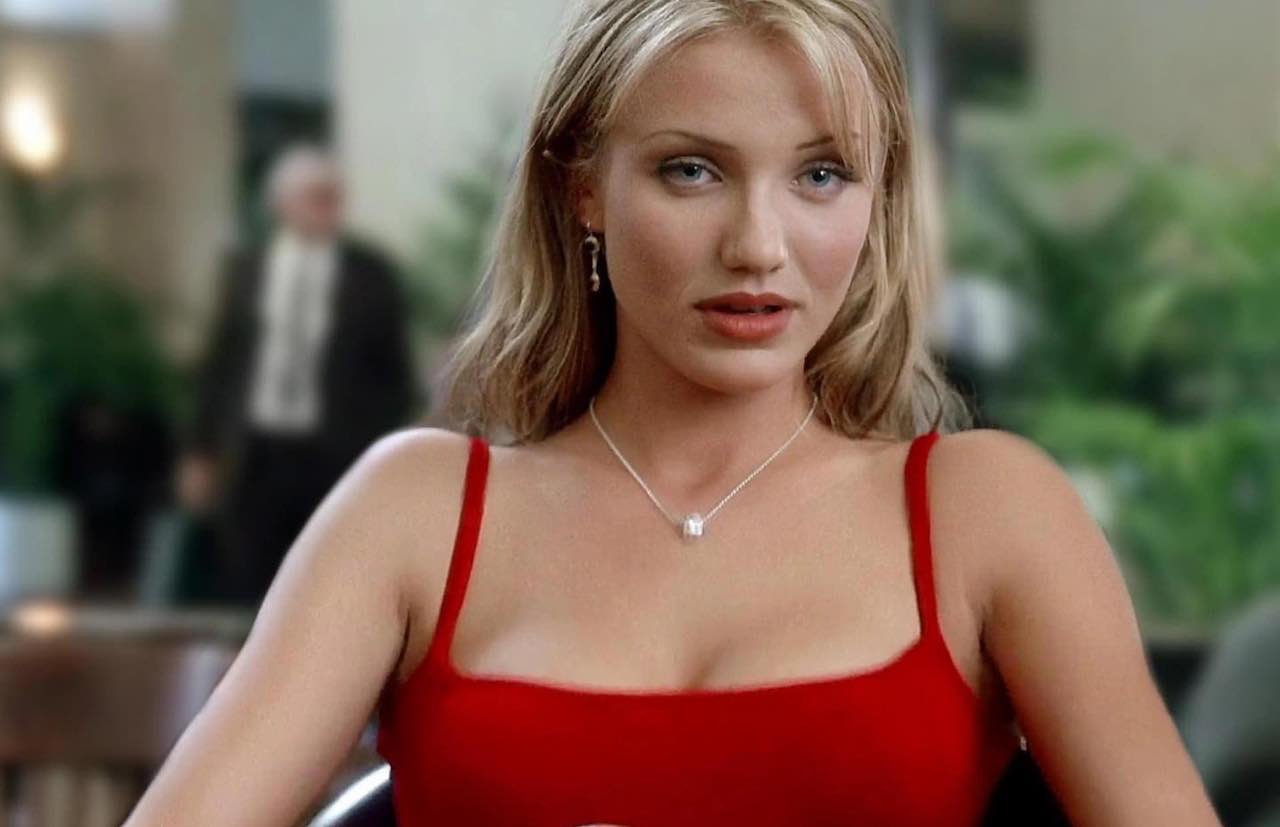 When the 1992 video hit the web in 2004, Diaz’s lawyers were not happy. Her legal team and the photographer became embroiled in a legal battle over the pictures & video footage.

The photographer, John Rutter even allegedly tried to blackmail Diaz by asking if she wanted to buy back the shots. The Los Angeles District Attorney’s office tells EW that Rutter was initially charged with one count each of extortion, attempted grand theft, forgery, and perjury.

Rutter claims that Diaz signed a contract turning over the right and he may do what he wants with them. Diaz claims that Rutter forged her signature, making the contract an illegitimate document. The photographer was found guilty and faced up to five years in jail. 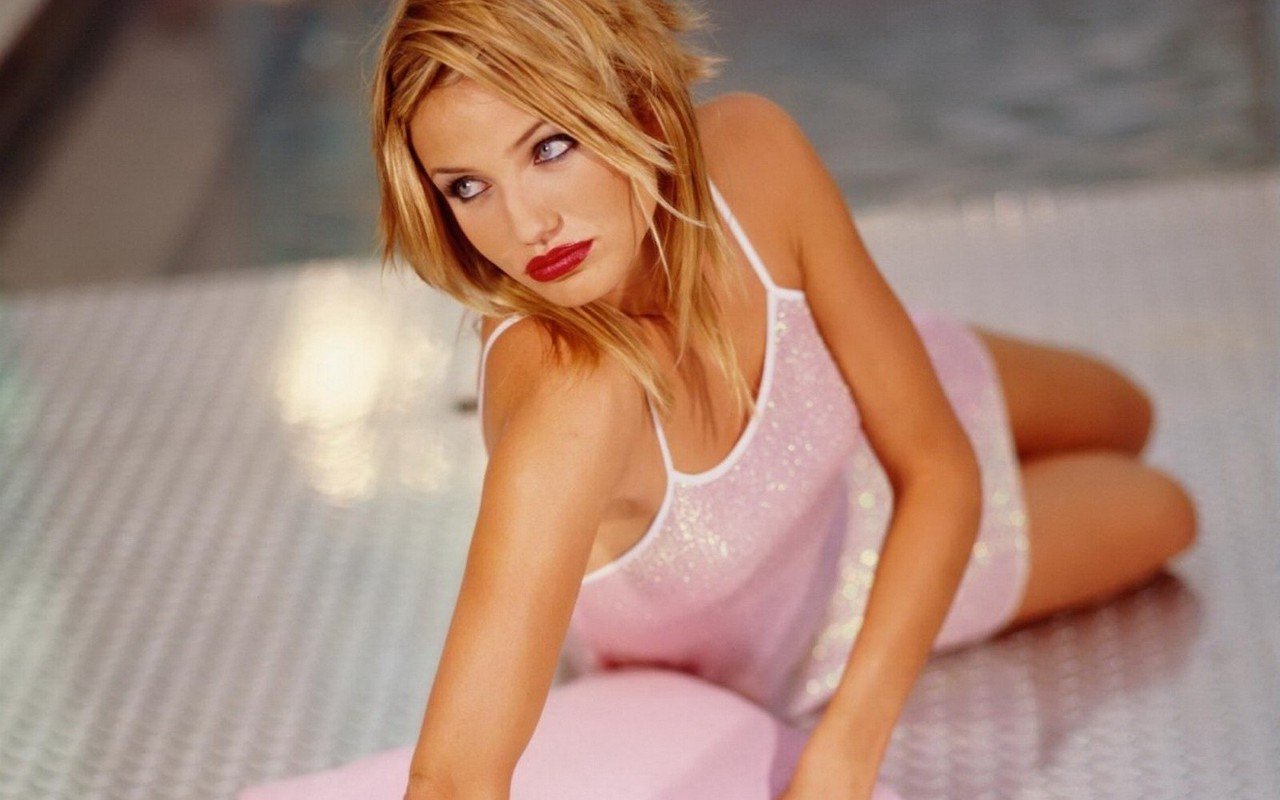 After a long and successful career, Cameron Diaz opened up about why she walked away from acting in a recent appearance on Kevin Hart’s Peacock talk show, Hart to Heart. “For me, I just really wanted to make my life manageable by me.”

She explained to Vanity Fair that actors are often infantilized in the film industry, treating them like fragile children. Diaz explained that the most minor tasks were done for her, and a big reason for her retirement was to regain her independence and self-reliance again.

In an interview with Entertainment Weekly in 2018, she announced that she had retired from acting. Diaz’s final movie before retiring was the 2014 remake of Annie. Now that she’s retired, she’s taking time for her family. Diaz married the lead guitarist of Good Charlotte, Benji Madden, in 2015. They welcomed daughter Raddix in December 2019. 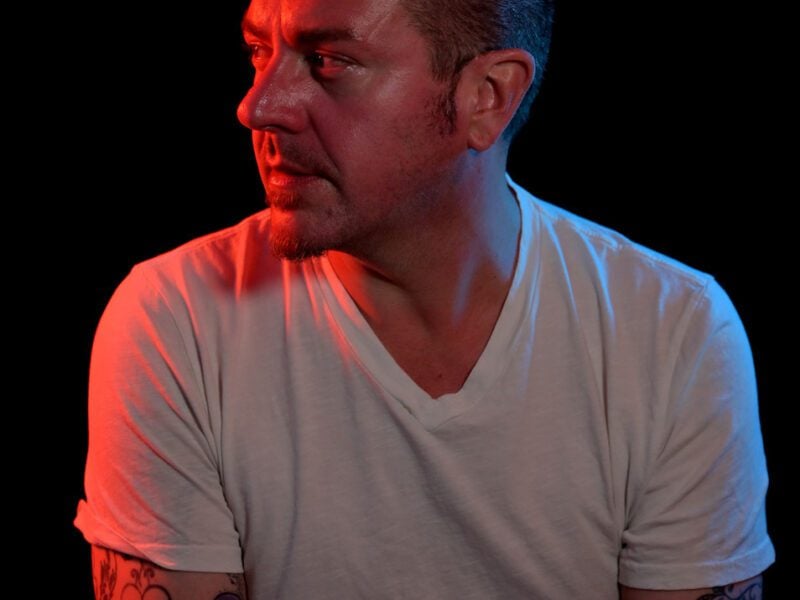