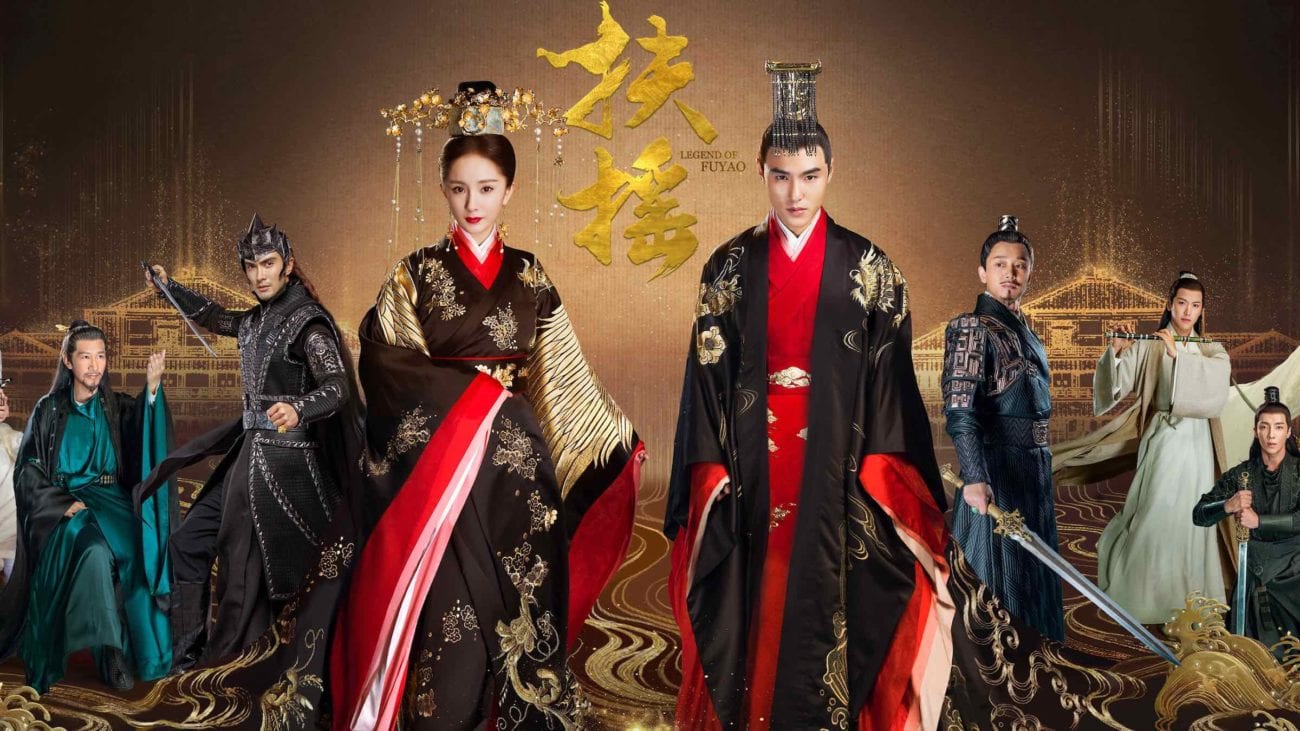 We’ve been clear about our love of The Untamed. The fantasy C-Drama instantly hooked us and we’ve been looking for a new obsession ever since. We’ve continued our quest for more enthralling C-Dramas that keep us glued to our televisions. Here’s the scoop on Legends of Fuyao, Secret of the Three Kingdoms, and the other dramas we can’t get enough of! 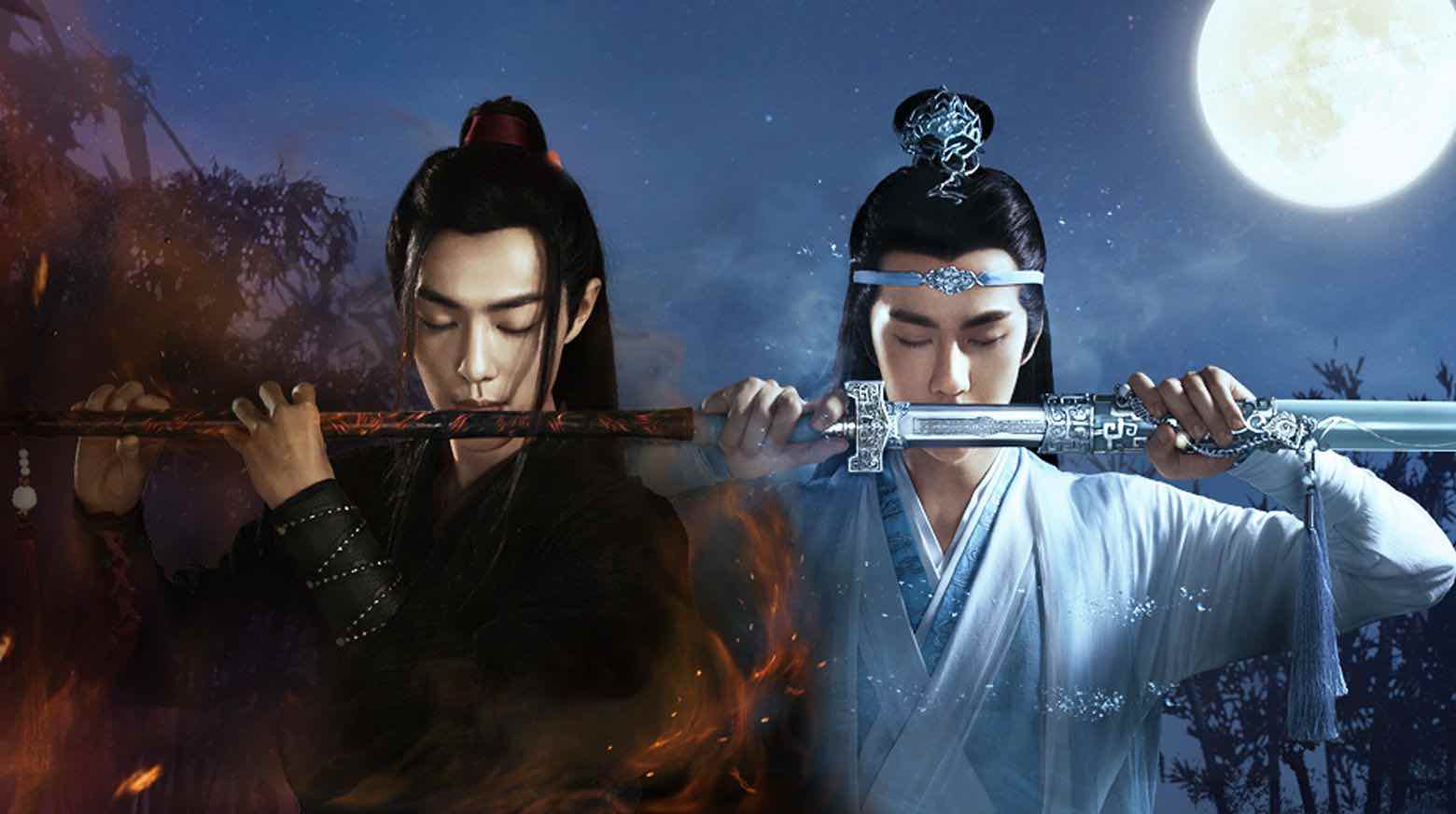 Just in case you’ve somehow missed out on One of China’s biggest and most controversial hits of last summer, The Untamed is now on Netflix and you need to put your life on hold to watch it.

Despite coming from different worlds, the two are forced to work together to protect their people. Wei Wuxian and Lan Wangji fight villains, solve a series of murders and uncover a dark mystery, all while slowly building an unbreakable bond. 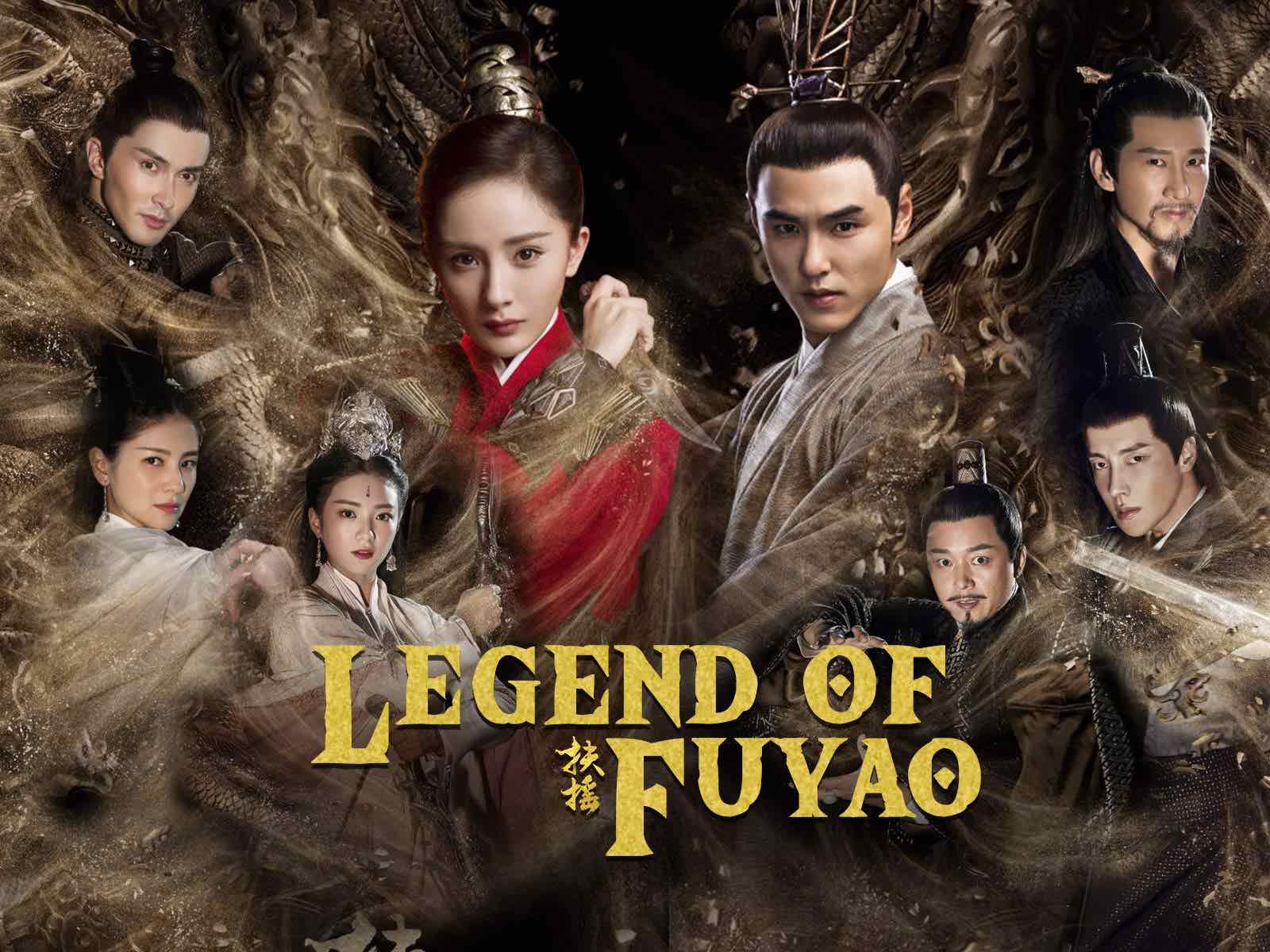 The memorable historical/fantasy C-drama, Legend of Fuyao, became one of those shows that we wanted to rewatch immediately upon completing our marathon binge of the series on Amazon Prime. The epic story has everything we need, breathtaking cinematography, stunning costumes, and heart-pumping action.

The 2018 Chinese television series is based on the novel Empress Fuyao ( 扶摇皇后) by Tianxia Guiyuan. Legend of Fuyao takes place in the universe of 5 kingdoms that are led by the Imperial City of Wuji. Fuyao (Yang Mi) was formed from a lotus borne by the Ancient firmament. Adopted as an orphan, she served as a slave for the Xuanyuan sect from the Taiyuan Kingdom.

Fuyao must journey across all kingdoms to find a way to get rid of the curse that blights her life. On this quest, she gets to know the Crown Prince Zhangsun Wuji (Ethan Juan), who helps her fight the powerful political forces along the way. 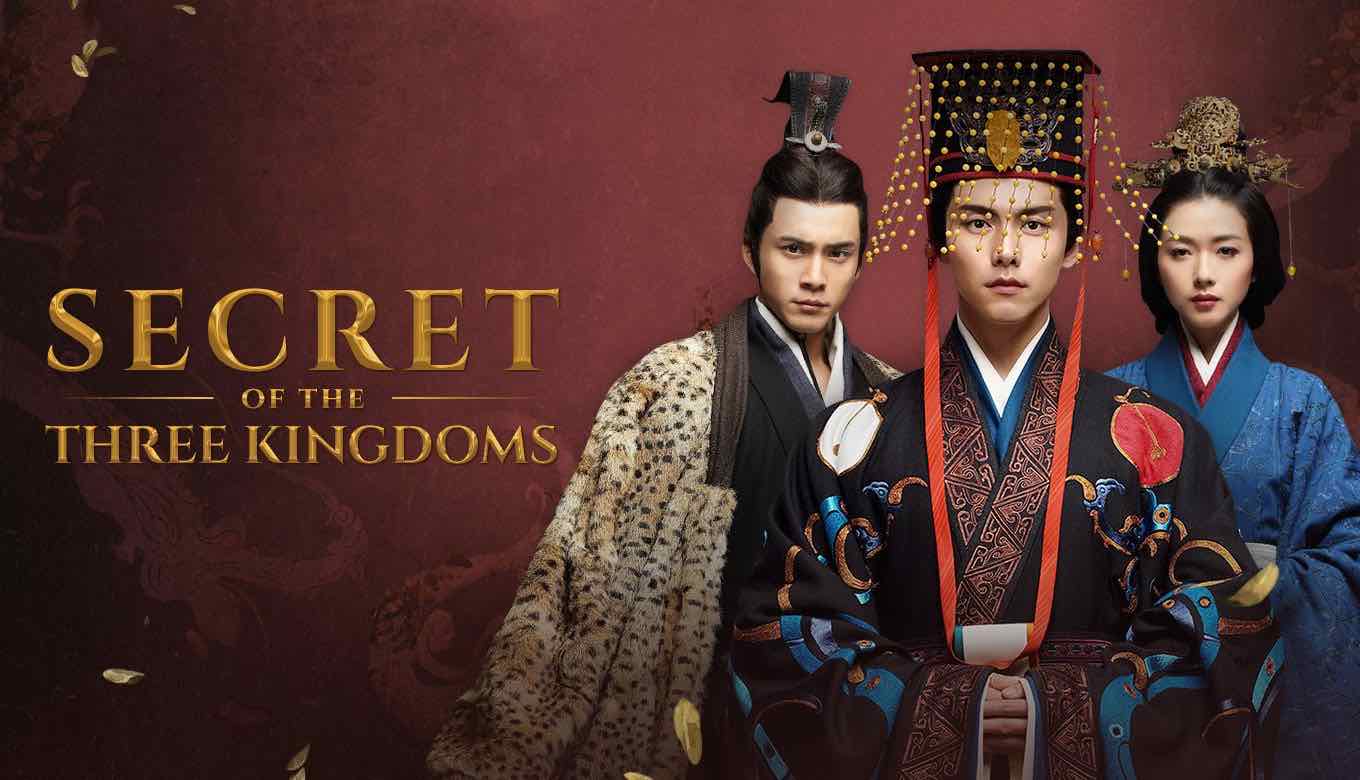 Secret of the Three Kingdoms

Based on a 14th-century historical novel San Guo Ji Mi (translated as Secret of the Three Kingdoms) by Ma Boyong, the 2018 historical Chinese drama is set in the Eastern Han dynasty of China, which has been ruling the country for 400 years. Secret of the Three Kingdoms covers the last 20 years of the Han dynasty’s rule. While this one hasn’t made it to the bigger streaming platforms yet, it can be found on Viki.

The historical fiction drama, The Secret of Three Kingdoms follows twins brothers, Liu Xie and Liu Ping, (both played by Ma Tianyu) born to a concubine of Emporer Ling of Han. The twins are separated at birth, Liu Xie is raised by his grandmother Empress Dowager Dong (Na Renhua), and Liu Ping raised as a commoner. Eighteen years later, when the now-Emperor Xian learns that he has a secret twin brother, Liu Ping, so he summons his brother to the palace to help him save the Eastern Han dynasty from collapse.

Full of family drama, power struggles, and multi-faceted heroes, this c-drama has an added bonus of substantial female leads who are anything but timid. 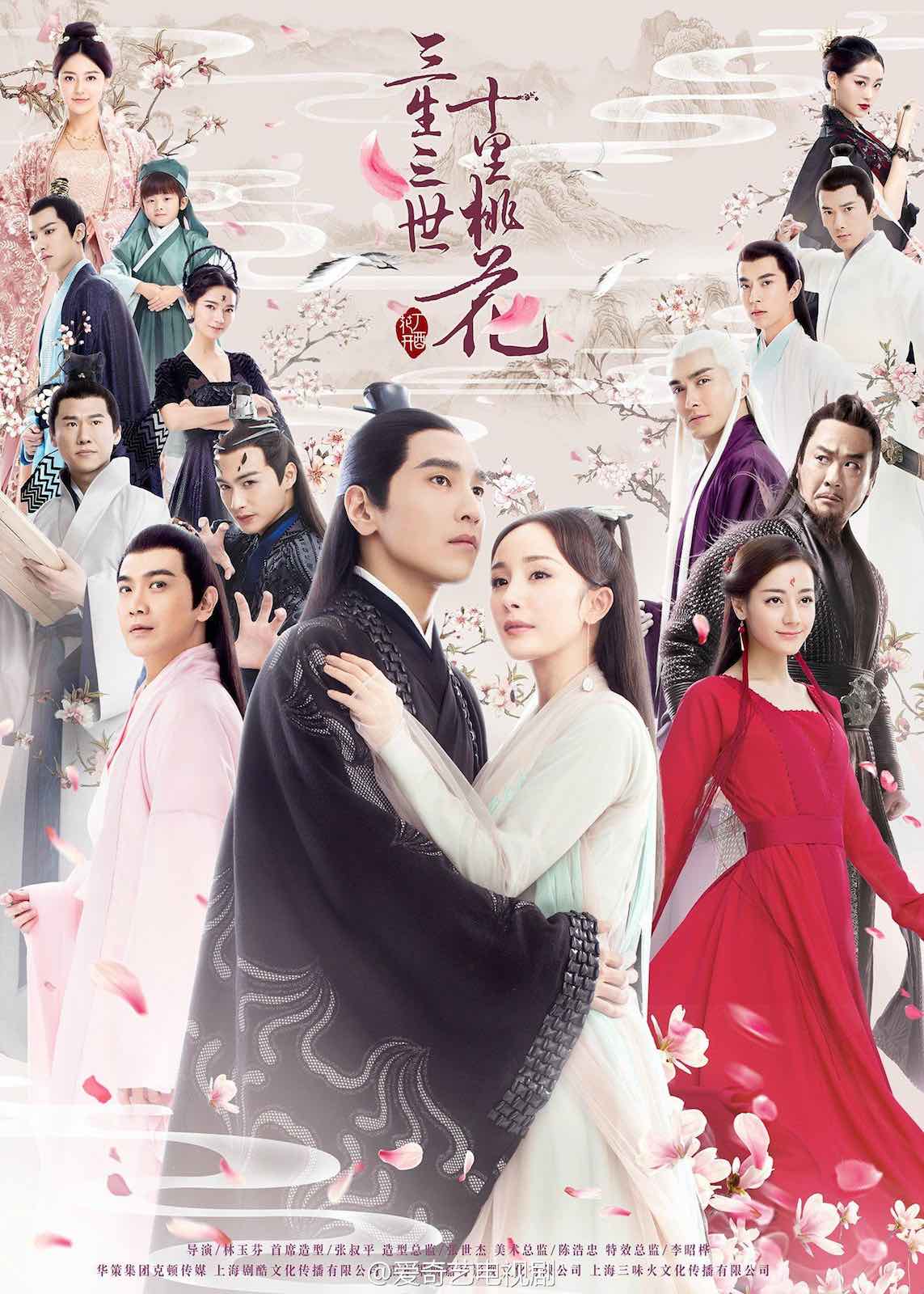 Eternal Love is based on the xianxia novel of the same name (released as To the Sky Kingdom in English) by Tang Qi. When an evil ghost lord tries to cause destruction, the beautiful High Goddess Bai Qian (Yang Mi) risks her life and loses her memories in her attempt to seal him away. Sent to the mortal world in order to regain her powers, she meets Ye Hua (Mark Chao) and the two fall deeply in love.

Three hundred years later, Bai Qian and Ye Hua have regained their immortality. When Ye Hua tries to pursue Bai Qian again, but he is treated with indifference. Ye Hua will need to make Bai Qian fall in love with him all over again? *Insert deep sigh of longing*. This is one star-crossed romance you won’t want to skip. 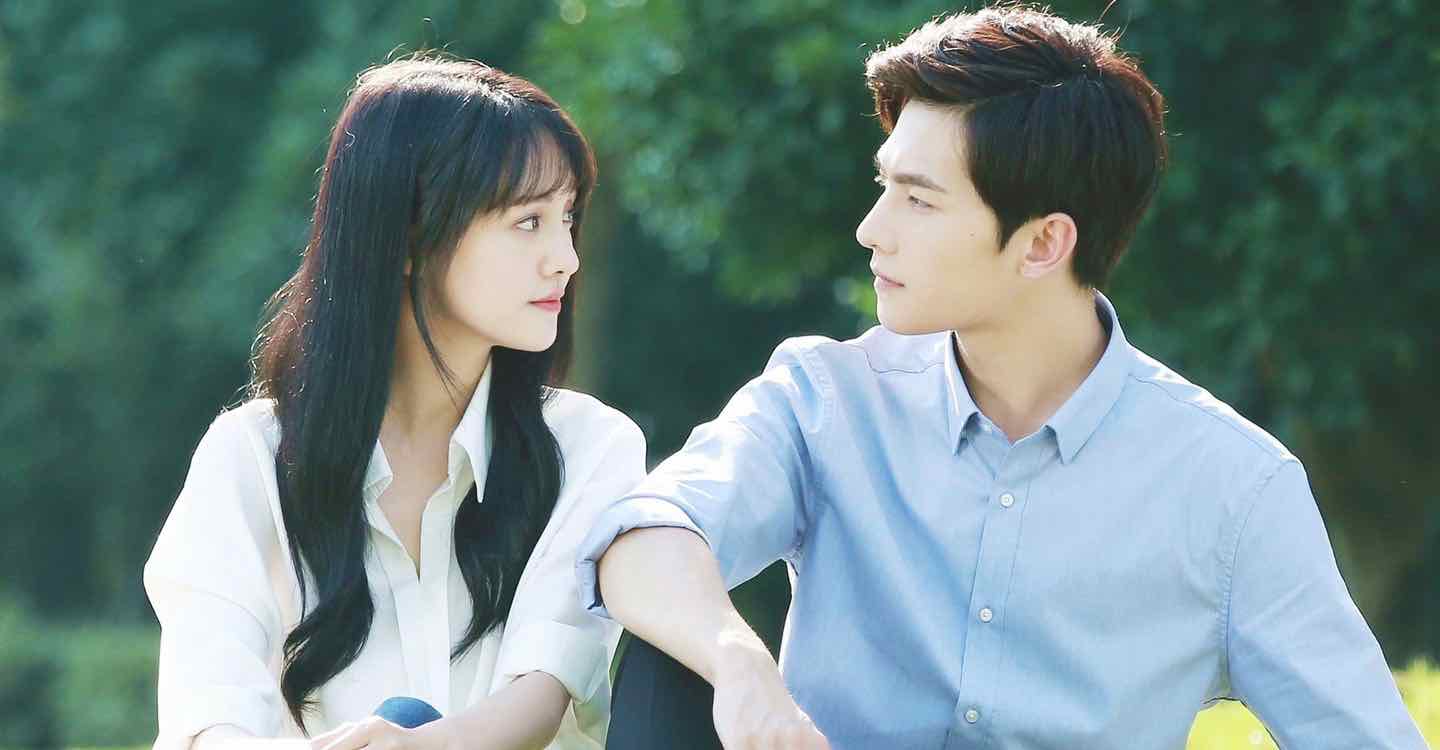 Another one will billions of views (a paltry 25 billion in comparison to Eternal Love’s 50 billion), Love O2O is a sweet romance based on a novel by the same name, written by Gu Man. Luckily, Netflix has picked up this C-drama so we can binge all 30 episodes whenever we want.

This modern love story follows two college students, as they fall for each other via an online video game. Bei Wei Wei (Zheng Shuang) has both beauty and brains. A computer goddess, she aspires to be an online game developer. Xiao Nai (Yang Yang) is the ultimate BMOC, king of all things sports and academics.

The two spend their spare time playing the online game, “A Chinese Ghost Story.” After Bei Wei Wei’s online husband, Zhenshui Wuxiang (Zhang He), dumps her, she gets a message from the number one player Yixiao Naihe, suggesting that they get married so they both can participate in a couple’s competition within the game.

The newly formed couple instantly hit it off, not knowing each other’s true identities. Will their incredible online chemistry lead to a real-life romance?

‘The Untamed’: Spin-offs we desperately need to see