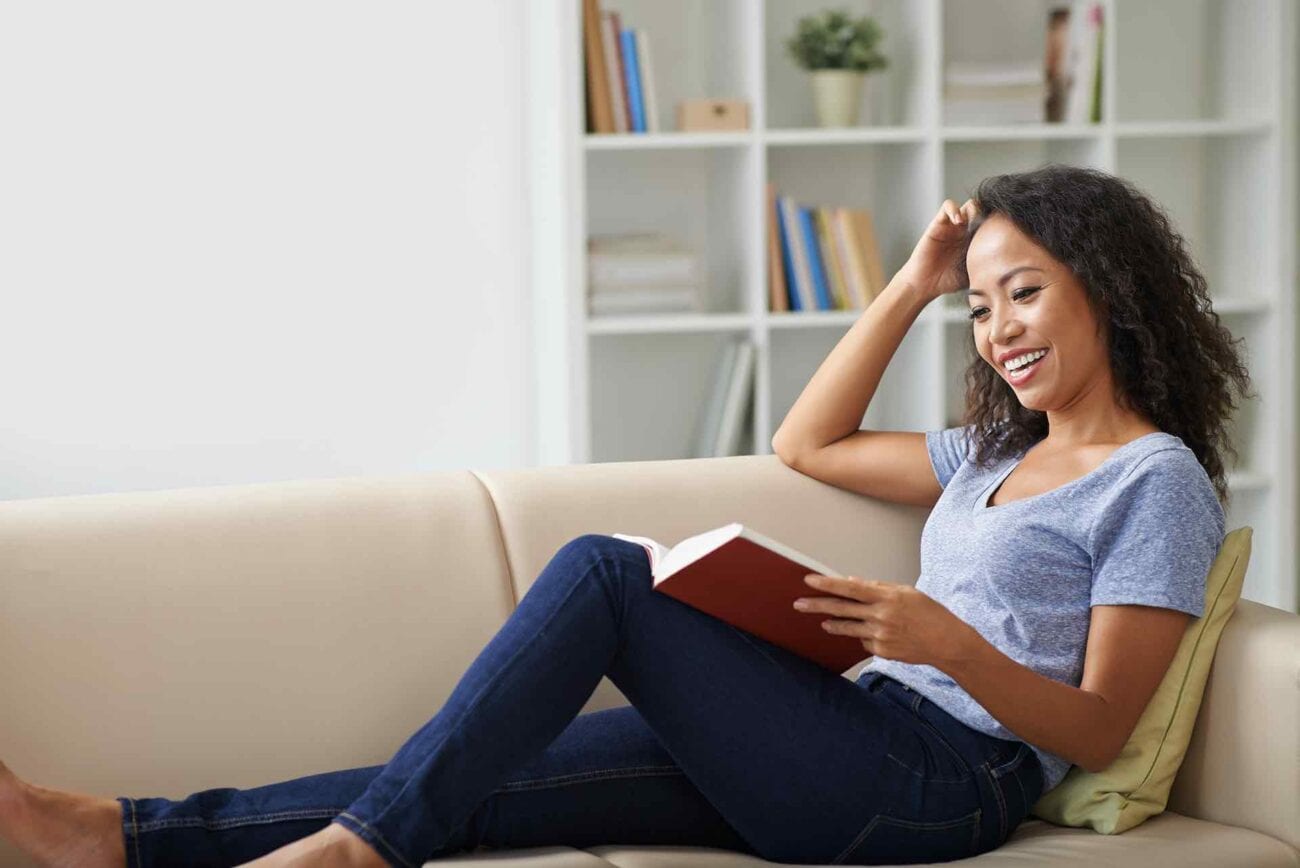 Book memes: The most hilarious jokes about men’s bookshelves

Twitter loves hot takes. A quick, usually thoughtless, opinion that is considered to be unusual and is, therefore “groundbreaking”. (Please note our ardent use of air quotes.) Usually, they’re just crappy opinions disguised as some kind of break from herd mentality & therefore “deserving” of praise. Generally, they’re posted just to get social media interaction – whether positive or negative is irrelevant to the poster.

Sometimes hot takes can be silly or inconsequential, like saying a movie most people hate is good. Other times they can be more problematic – throwing around thoughtless political ideologies isn’t great. And then there’s the sweet spot right in the middle – a hot take that isn’t really important in the long run, but gets people fired up anyway.

A few days ago one Twitter user decided to post a tweet informing people of the “top seven warning signs on a man’s bookshelf”, because, apparently, we aren’t allowed to judge books by their covers, but we sure can judge a man by his books. The memes became priceless.

While for the most part, we can see the kind of assumptions this person is making about the theoretical people owning these books, this person could also just be an English major who was asked to read these books for classes.

Some people got defensive in the replies and explained why the books were on their shelves. Others lamented they wished they had known the warning signs in college, and then everyone else turned it into a meme with parody tweets to make fun of it.

How many warning signs does this cover pic.twitter.com/r99HFNc7tM

The warning signs on your own shelf

Poor @0dd_winters decided to just go ahead and take on the self burn in order to elicit some laughter on the internet he’d never actually hear.

wrong. first of all, men don’t have bookshelves. what we actually have:

1. clearly unread copy of Infinite Jest
2. Chapo (to terrorize women with)
3. Wings of Desire and MGS to cry to
4. Baldwin and Borges to seem smart
5. Pynchon for when you’re high and wanna see funny words pic.twitter.com/HByJePUyvb

We cannot stop staring at this seemingly gravity-defying image. Why does it look like the books are just floating there? What kind of wizardry is this?!

TOP 4 WARNING SIGNS ABT A MAN'S BOOKS!!
1. They love infinite jest. in fact, they own a copy
2. a copy of lolita with "NOTE TO SELF: DO THIS" written on the inside cover
3. owns a bookshelf instead of just keeping their books in a pile on the floor
4. Second copy of infinite jest

This tweet delightfully pokes fun at the presumptive nature of the original tweet, but also then does the thing where you imply men who are bachelors are disaster people who live in messy homes. The irony is perfect, and we’ll assume it’s intentional to drive their point home.

Okay, you know what? If someone has a magical book of the dead, then we’ll allow you to judge a man based on his bookshelf.

Top 7 Warning Signs in a Man’s Bookshelf:
1. “If I Did It” by OJ Simpson
2. Encyclopaedia of Knots and Ropework
3. The Expert Carver
4. The Organically Clean Home
5. A map of 25 Secret Outback Natural Parks

Serial killer in the making

Ah, much like the meme where you buy a shovel, garbage bags, and rope at Walmart for a reaction – what books could you put together to actually freak someone out? This one takes the gold medal.

Spark Notes saved you in high school and now they’re here again to save the day on social media – this time with sarcasm and wit.

Let’s reveal our own person literary red flags on our bookshelves:

1. Two editions of The Silmarillion
2. Three Hemingway books
3. Pride & Prejudice but *not* Emma
4. Mishima
5. Moby-Dick with all instances of “sperm“ underlined
6. Game of Thrones maps book
7. The Bloody Chamber

Hey Austin, we have questions. Please, we’re so curious.

i'm shocked that, out of all the books we consider "red flags" on mens' bookshelves, "the book shaped monsters from video games that pop out and surprise attack you" didn't make the cut. seems like a pretty egregious oversight

That would be a pretty terrible way for a date to end.

The only red flags on anyone’s bookshelves are no books at all.