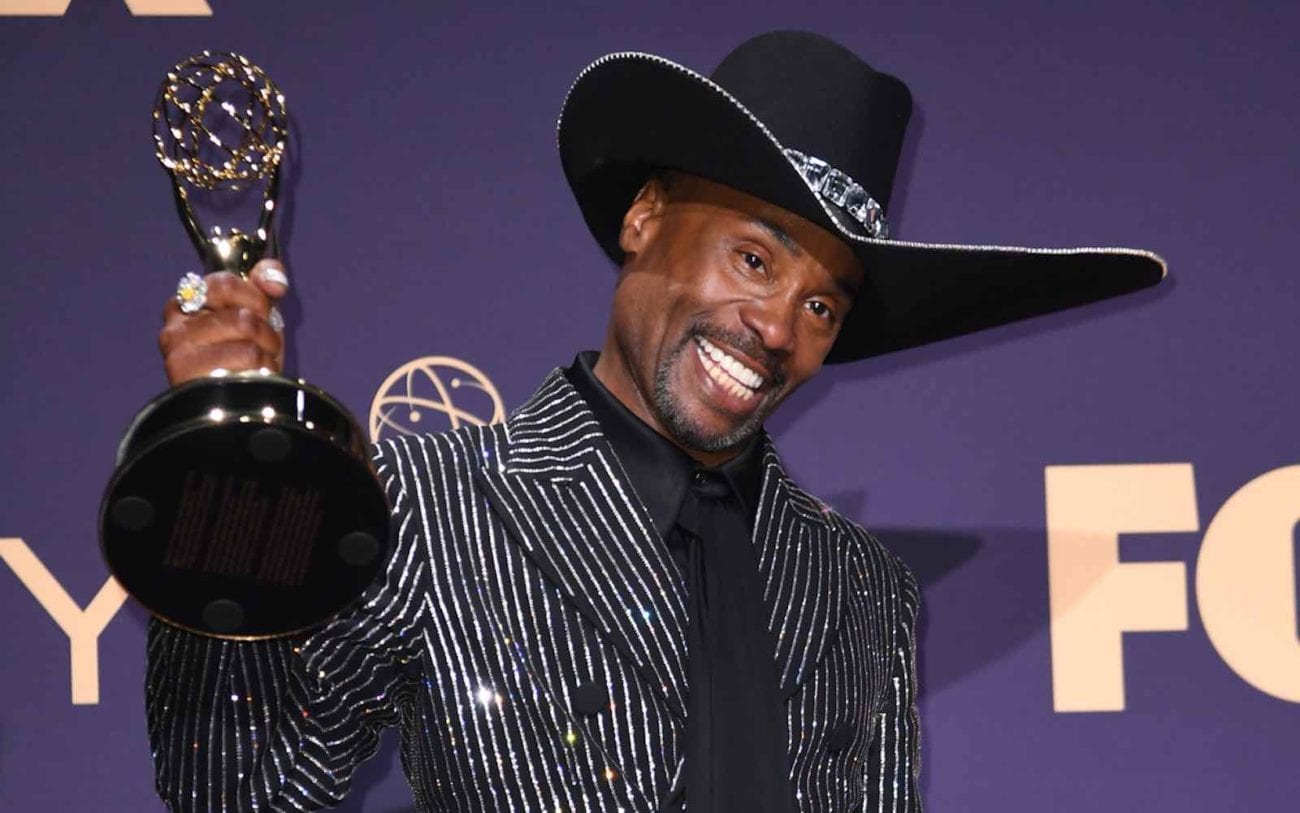 Bippity boppity *bam*: Billy Porter has one magical year ahead

Billy Porter is on a roll this year. The actor, who only broke into the spotlight via Pose despite years on Broadway and appearances on shows like American Horror Story and Law & Order, is now almost at EGOT (Emmy, Grammy, Oscar, Tony) status – incredible for the LGBTQ+ icon.

Porter slayed the runways at LFW with his various colorful outfits while also being a fantastic advocate at London Pride, showcasing his dedication. As he revealed in an interview with People magazine: “I’m a gypsy — the only thing I know how to do is work.”

That statement could not be more true given what is coming up for Porter, which forms a fantastic continuation of his work (and potentially a gateway to that elusive Oscar to round out his EGOT status). 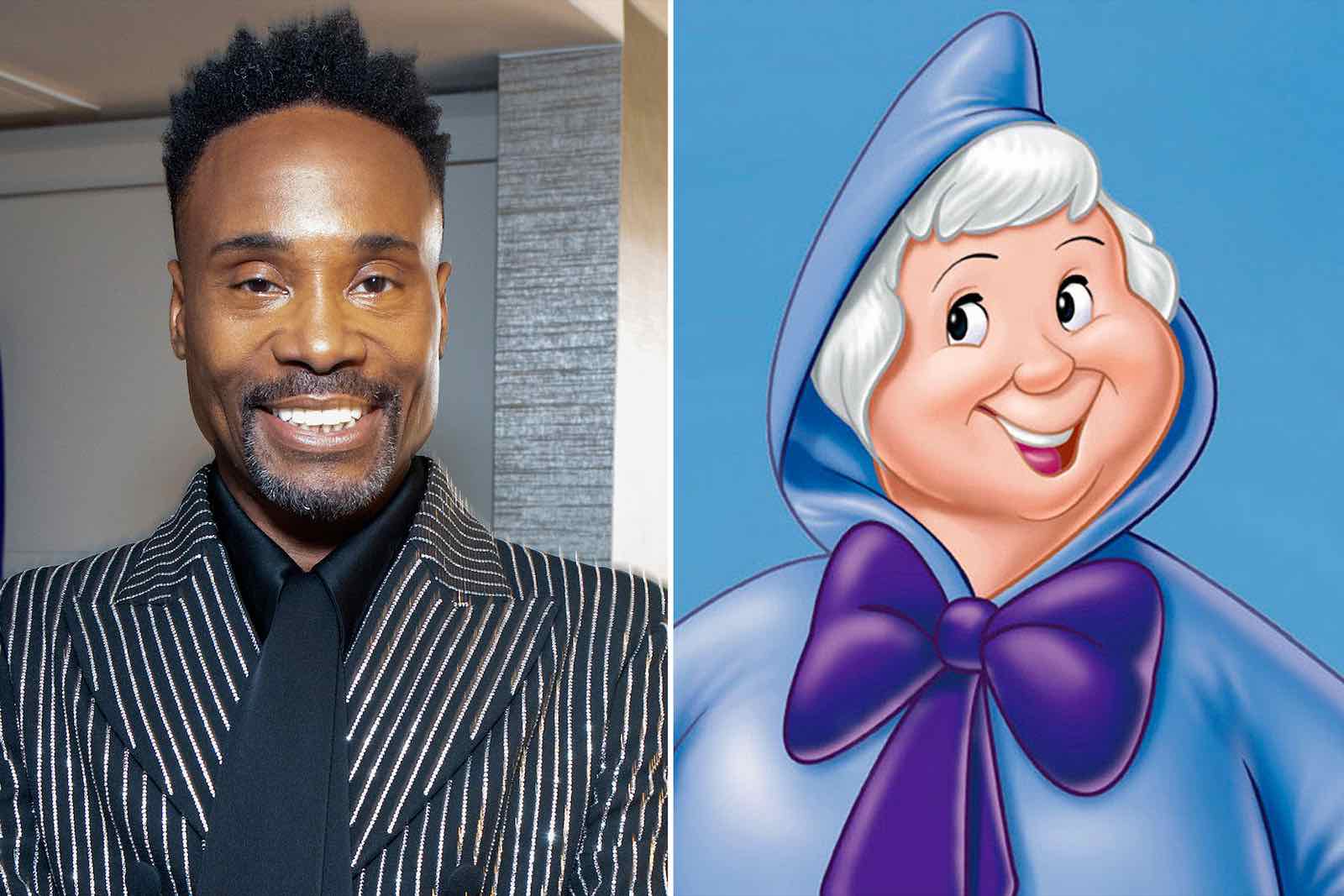 The biggest news is that Porter will be next to wield the famous magic wand of the Fairy Godmother in Sony’s new Cinderella film, out in the UK on February 5th, 2021. The project, featuring names such as Camila Cabello (who is playing the titular character and helping with the music of the production) and Idina Menzel (who’s slated to play the evil stepmother), promises to be a bippity boppity big deal.

Porter’s casting reimagines just who can tell these timeless tales, while also giving them a modern spin that allows the classic magic to resonate through to today. 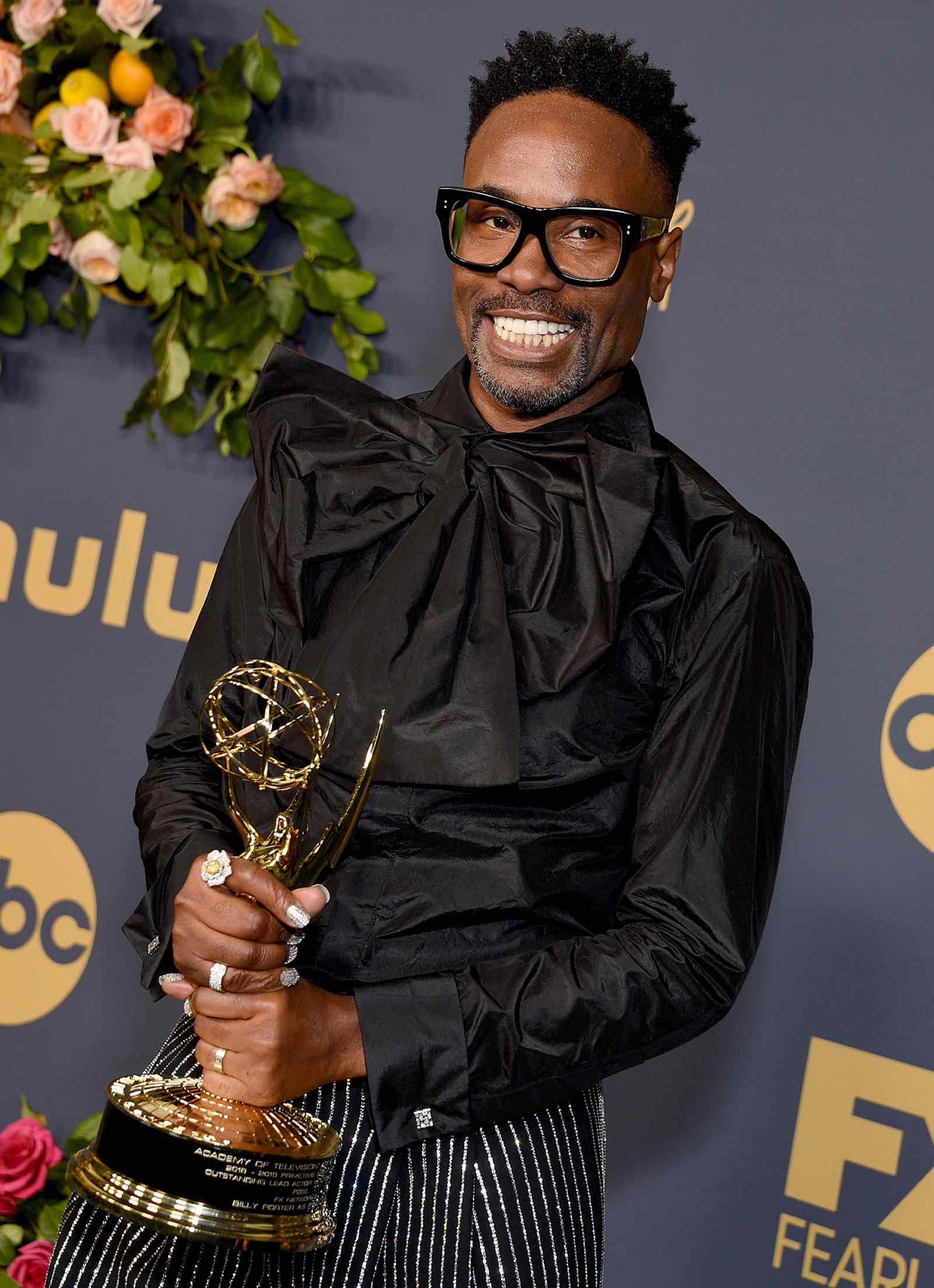 Popup at the beauty shop: Porter shows his stuff in Like a Boss

Porter is working his magic in more ways than just waving the famous fairy wand. The performer is also involved in the new Tiffany Hadish / Rose Byrne beauty shop comedy from Paramount Pictures, Like a Boss, due out January 10th, 2020 on wide release.

Porter’s character gets fired from the beauty shop due to financial problems that lead the duo to wacky adventures to keep the shop in their hands. A greedy makeup mogul who wants to buy them out will stop at nothing to see them fail as they struggle not only with the business, but their friendship as well.

Porter’s appearance promises to be a scene-stealer in the film, and we cannot wait to see him teach these ladies a thing or two on being fabulous. 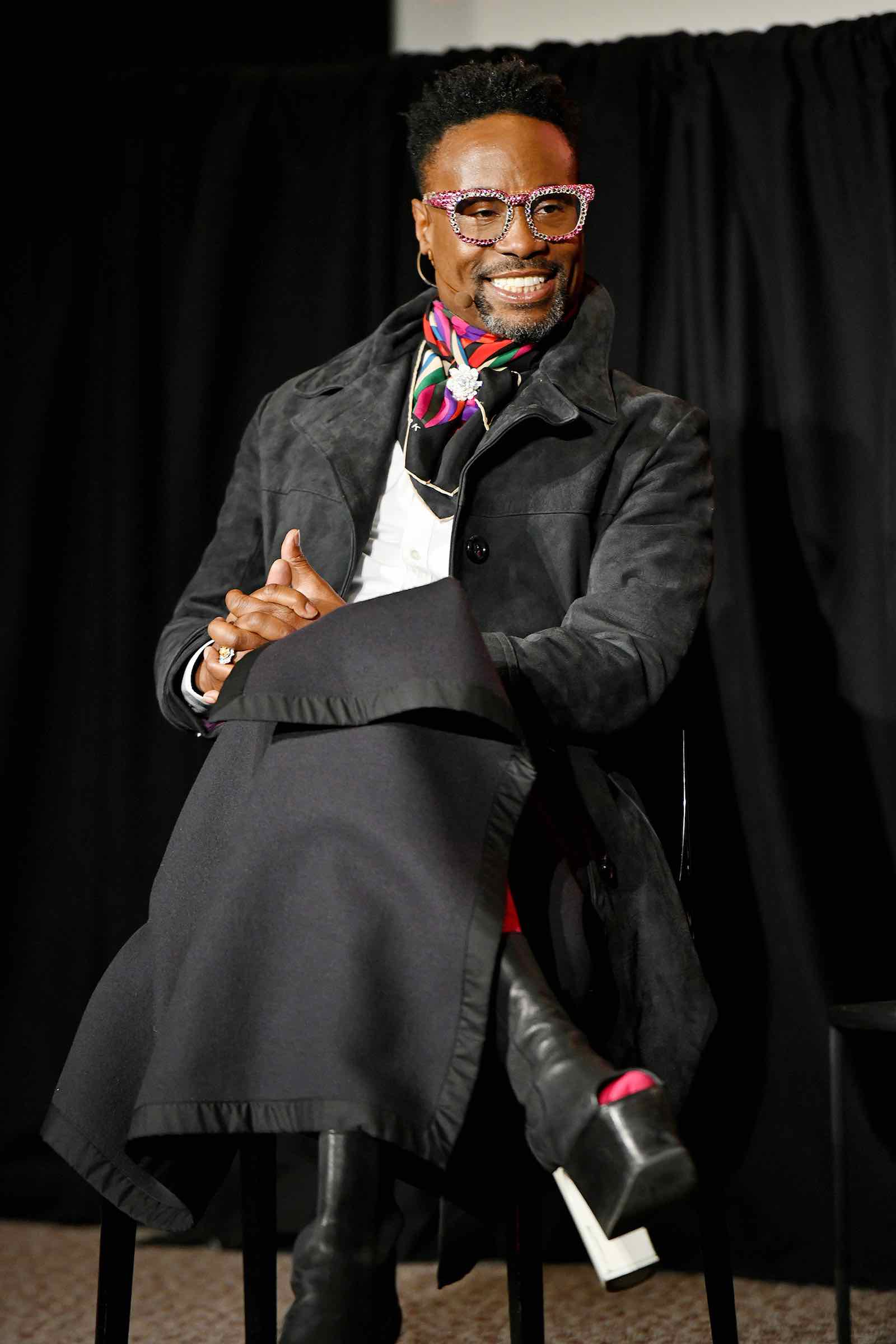 On old Broadway: Porter returns to his roots

Along with Porter’s new stuff on the silver screen, the former Kinky Boots cast member returns to the Great White Way, as Porter’s new play The Purists makes its way from Boston to New York.

The Purists, which Porter directed and was written by Dan McCabe, revolves around the theme of friendship as it follows three unlikely friends (a DJ, a former rapper, and a show tune loving telesales director) who always convene on the same stoop in Queens as they take in the changing cultural landscape of their neighborhood.

The Purists’ extended dates in Boston at the Calderwood Pavilion due to popular demand promise to bring Broadway to another level with exciting insights on friendships and change. 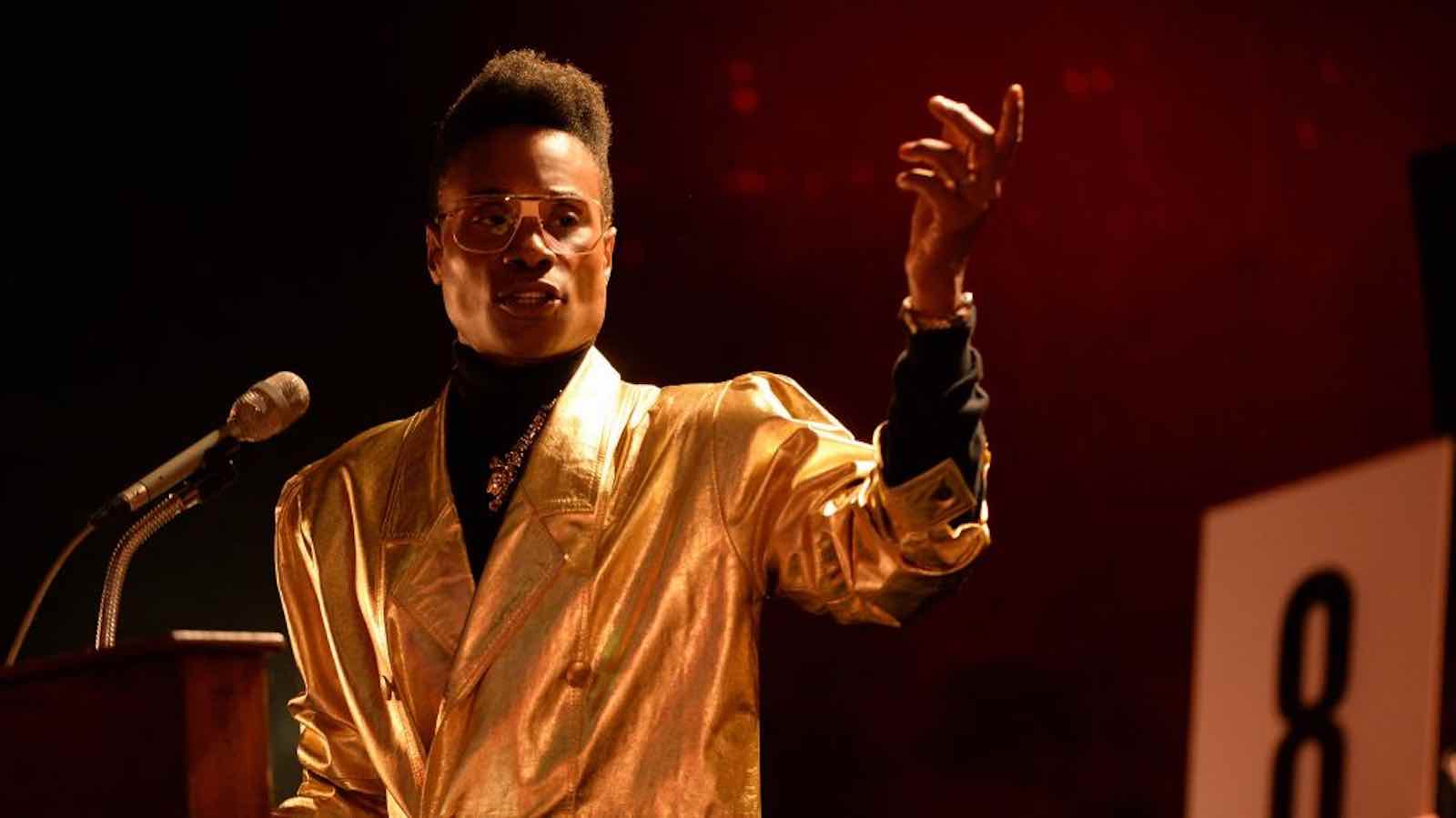 Sing it loud, sing it proud: New album from Porter to grace our ears

Musically, Porter also has a new album coming out in 2020 and we’re so here for it. With the critical acclaim Porter got from the single “Love Yourself” during his media blitz for Pose back in June on shows like Good Morning America and Late Night With Stephen Colbert, the new album promises to send more positivity and love to the world. 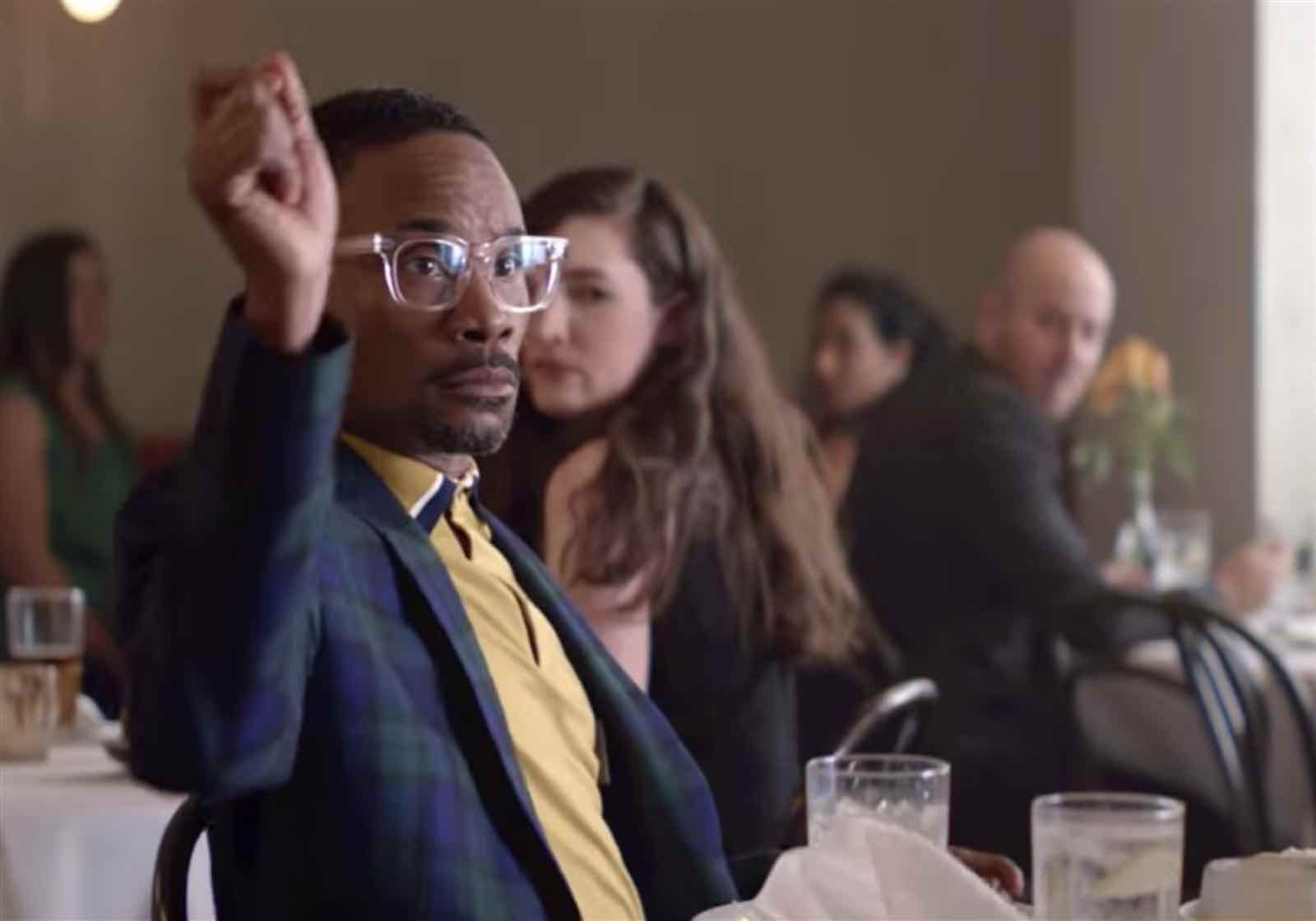 Strike a Pose: Porter to direct a new episode of Pose

Speaking of Pose and Porter’s media blitz for the show, Porter is stepping behind the camera as director for an episode of the FX show. Porter’s character, the always lovely Pray Tell, acts as narrator of sorts already, as he is the emcee of many of its New York City balls.

Porter’s fierce attitude as Pray Tell promises to bring the story of these incredible characters to new heights and will create an even richer narrative for the show, already on the map for the largest cast of transgender and LGBTQ actors in television history.

Mr. Porter, we tip our hats and send out good vibes for all your new endeavors. Though with the magic that you can do, something tells us you won’t need it.