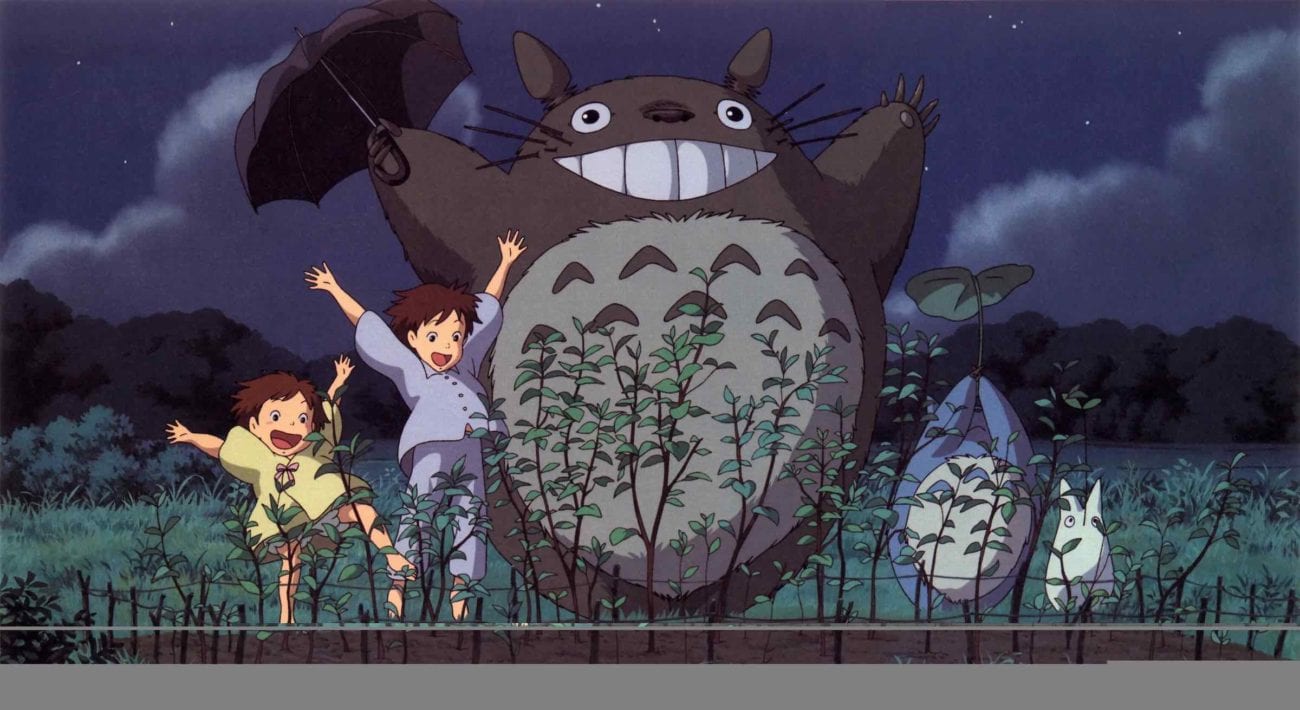 ‘Grave of the Fireflies’: Ranking the best Studio Ghibli movies on Netflix

For international Netflix viewers, you’re in such luck with the streaming giant nabbing the rights to stream Studio Ghibli films. For those in the US, however, you’re going to have to pay the $14.99 to watch the movies along with other WarnerMedia content over on HBOMax.

If you’re lucky to have woken up in a place where Netflix has the streaming rights, however, here are the very best Studio Ghibli films to watch. 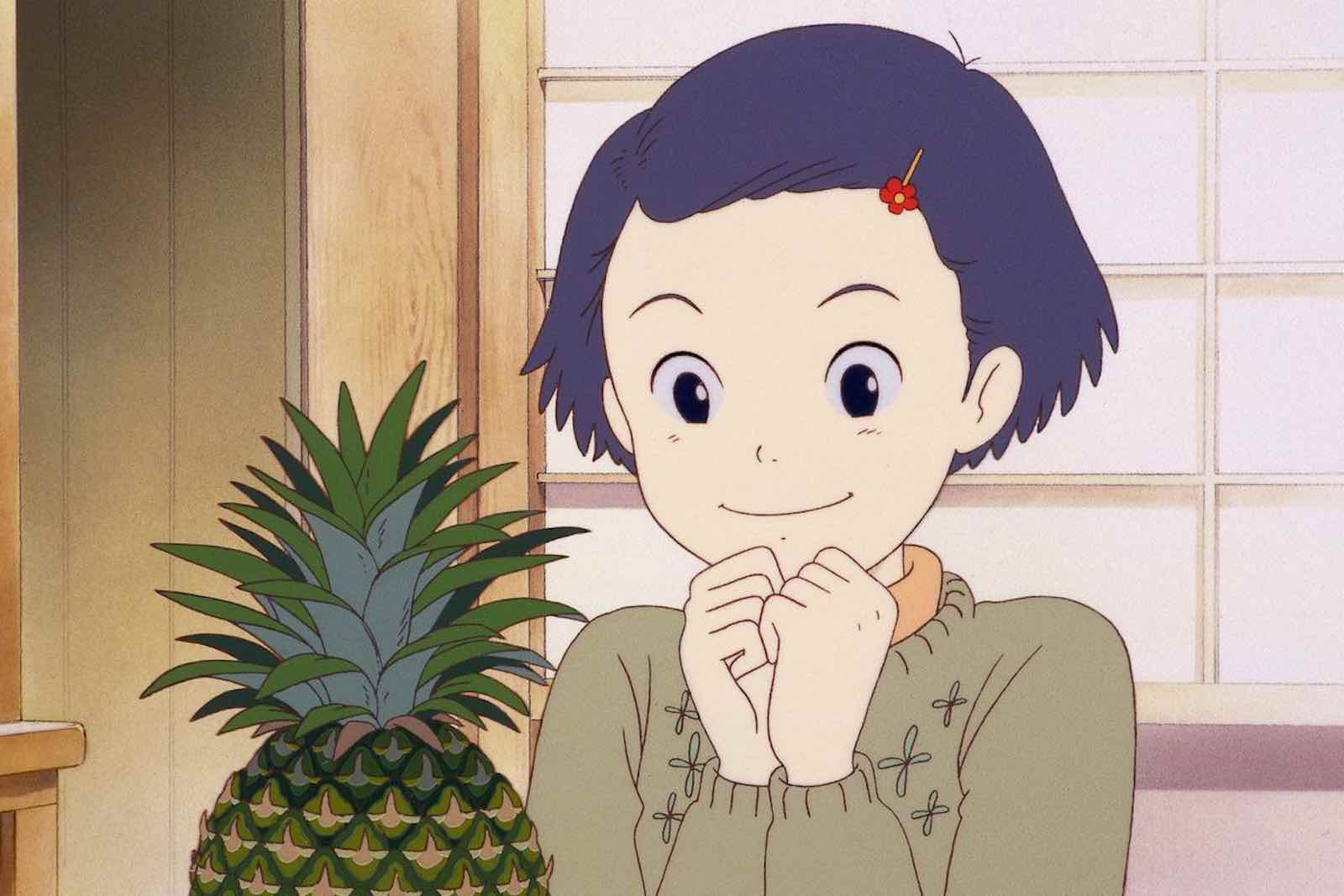 While Studio Ghibli is best known for its fantasy works, the storied studio has also produced some great slice-of-life stories and quiet meditations on growing up. Only Yesterday, directed and written by Isao Takahata, tells the story of Takeo Okajima, a 20-something who feels dissatisfied with her life and goes to the country to help her brother-in-law’s family harvest safflowers.

While there she slips into the nostalgia of her past while wrestling with her present, if you’re entering a quarter-life crisis then Only Yesterday will definitely speak to you. 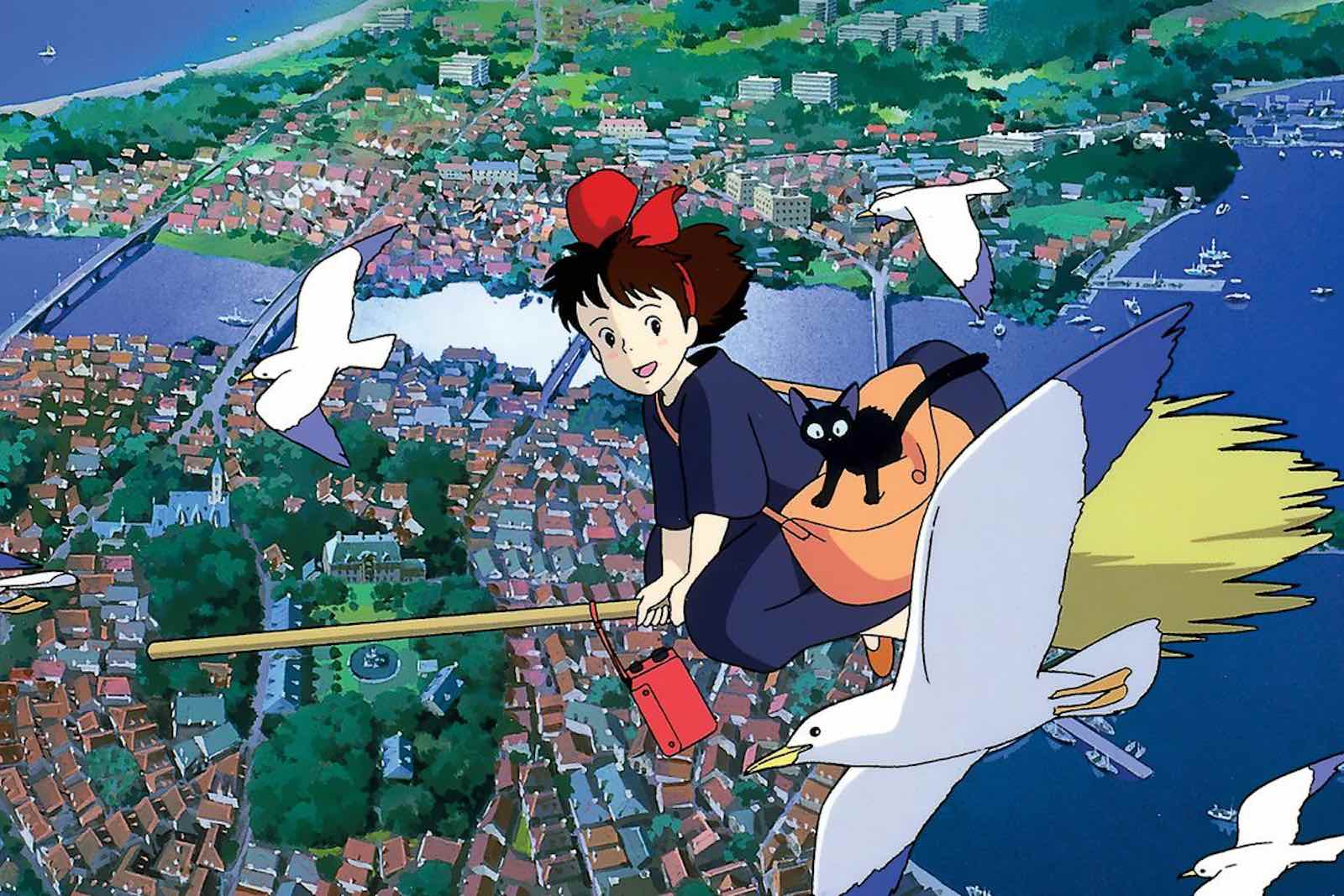 Kiki’s Delivery Service is definitely a quintessential Studio Ghibli film. Directed and written by Hayao Miyazaki, we follow young witch Kiki, who leaves home at age 13 with her talking pet cat Jiji, as she settles into a new city to continue her witch training.

With her flying being her only magical talent, Kiki opens a delivery service in her new home city. The coming of age message of trying to find your purpose remains just as relevant today as in ‘89. 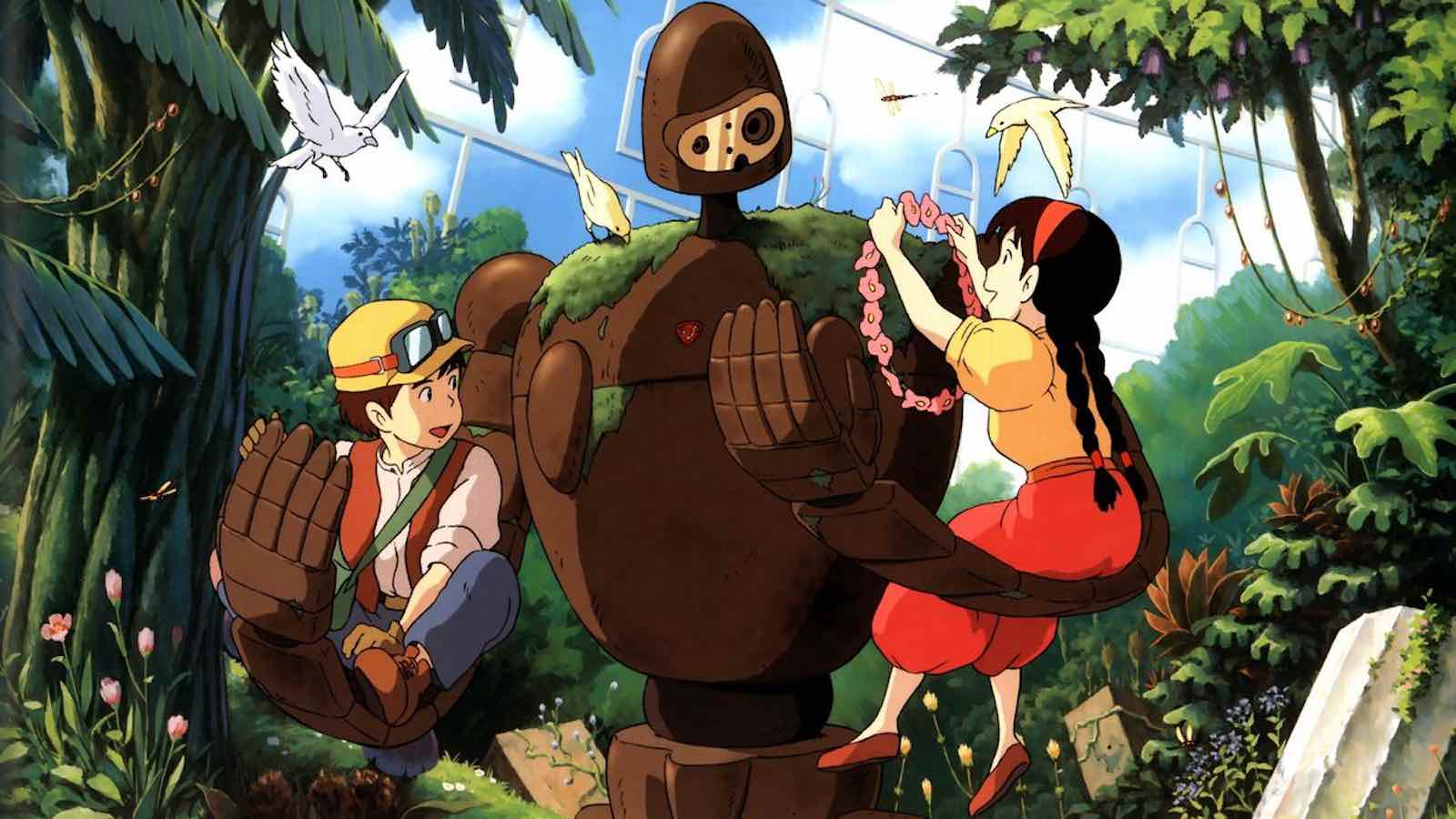 There’s some debate as to whether Nausicaa of the Valley of the Wind, made in 1984, should count as a Studio Ghibli film or not. Mainly due to the production having a lot of the same staff, but, either way, Castle in the Sky is the first film made under the Studio Ghibli banner.

Castle in the Sky tells a relatively simple story of a boy and girl who are trying to find the magical land of Laputa, which stays aloft in the sky. What follows is a thrilling steampunk fantasy adventure, whose influence can be felt in later Ghibli films in addition to some Western animation such as The Iron Giant. 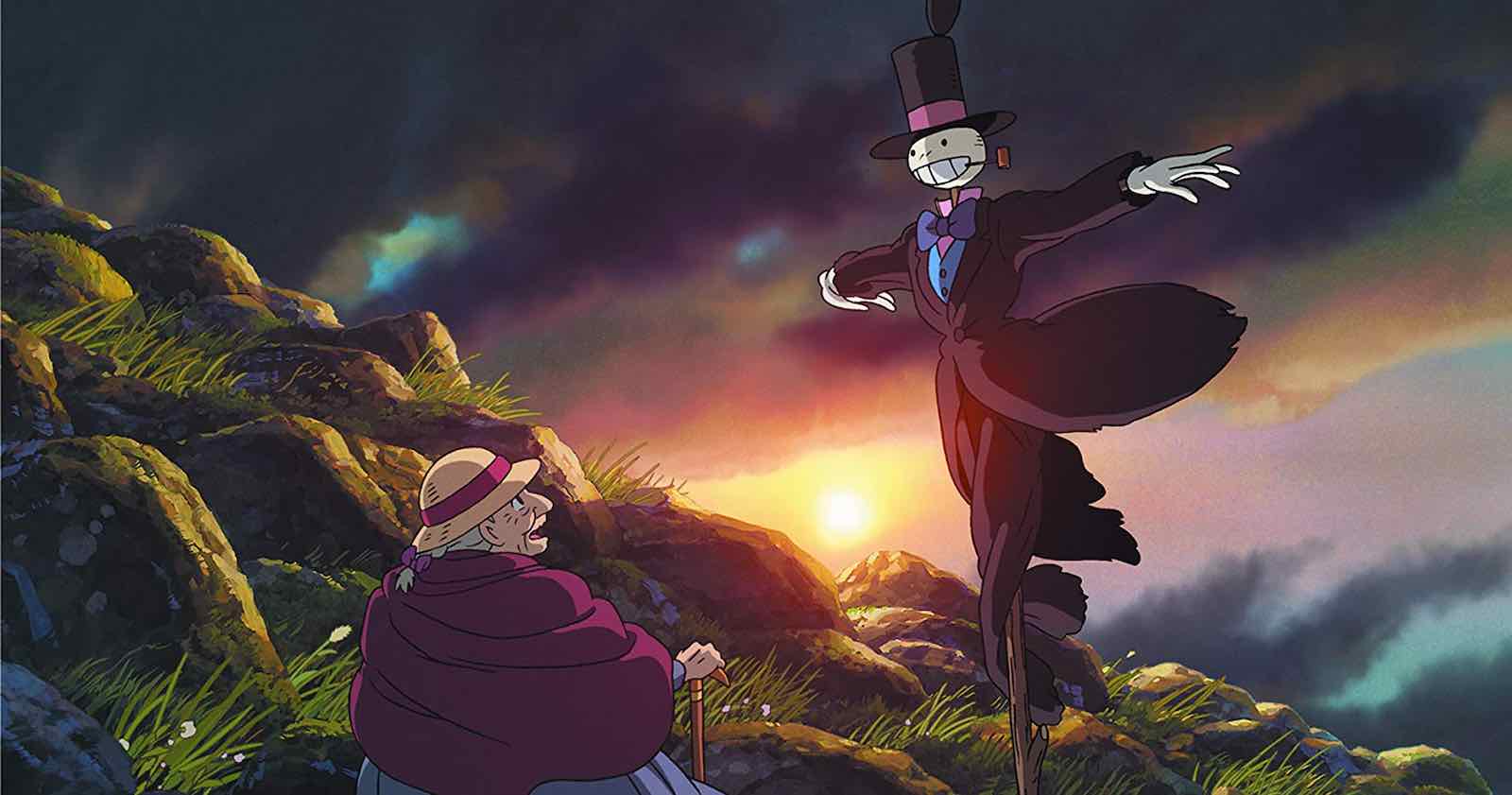 Based on the Dianne Wynne Jones novel of the same name, Howl’s Moving Castle has some of Ghibli’s most stunning and gorgeous visuals. The titular moving castle alone is worth the price of admission for the most hardcore fan of animation.

In the film, we follow Sophie, a hatmaker, who is cured by a witch into becoming an old woman. She tracks down the sorcerer Howl, a vain and mercurial man, and becomes his cleaning woman. Adventures ensue. Howl’s Moving Castle has a lot of great messages such as the value of compassion and how old age can be viewed as a good thing.

When it comes down to the first Studio Ghibli films that a Western audience has seen. The answer will most likely be either Spirited Away or Princess Mononoke.

Mononoke, set in the Muromachi Period of Japan with some fantasy elements thrown in, follows cursed prince Ashitaka who meets San, a woman who was raised by wolves and resents humankind, as she tries to protect the forest from nearby Irontown, who is destroying the forest and the old gods that reside in it. It’s a thrilling film with an environmental message that still resonates today. 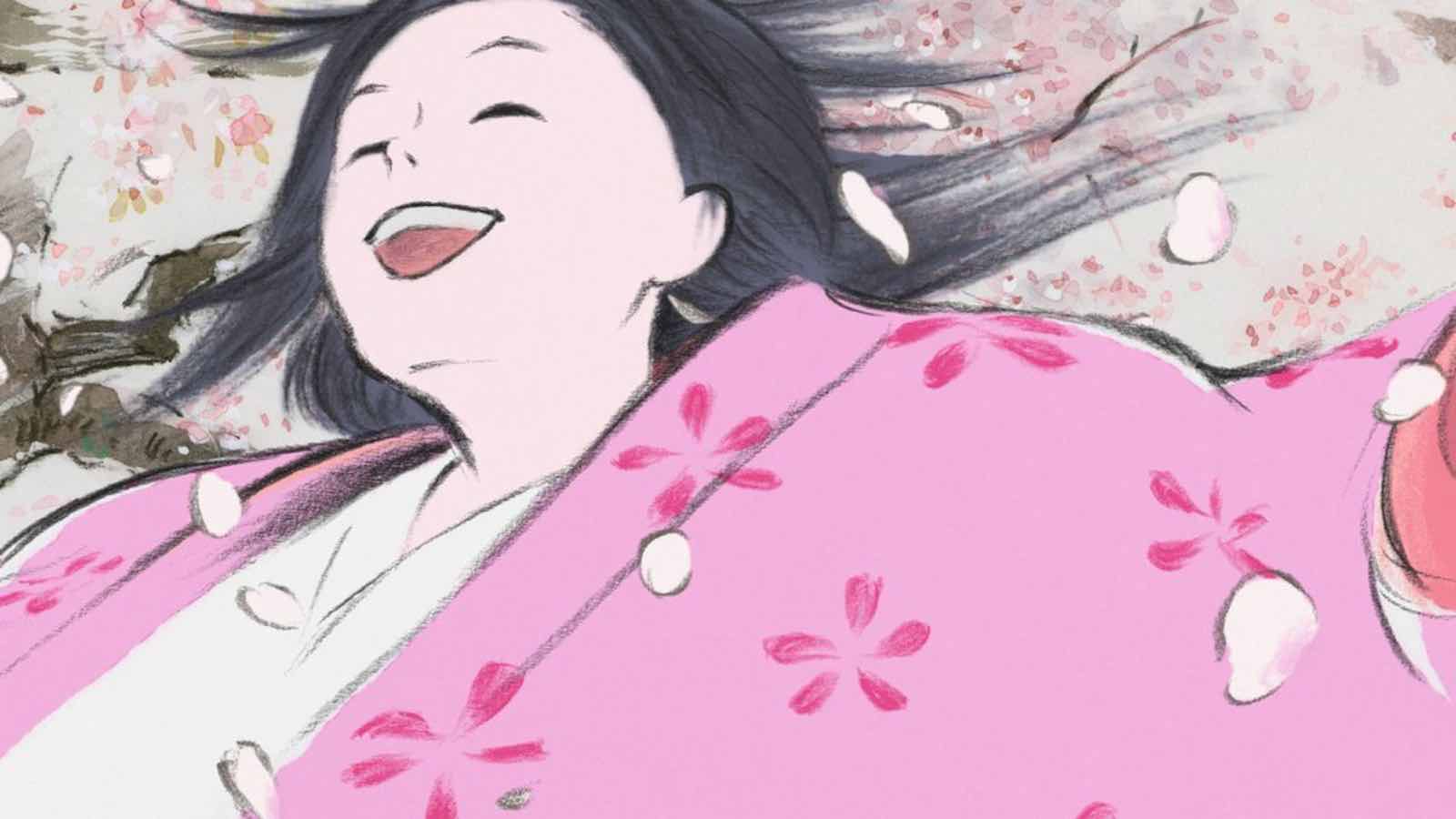 The final film of Isao Takahata with Studio Ghibli, and quite arguably his masterpiece. Based on the folklore tale known as “The Tale of the Bamboo Cutter”, Princess Kaguya takes audiences through the life of the young girl, who was found in a glowing bamboo shoot and taken in by loving parents, who believe her to be divine.

With a spare watercolor palette, it looks very different from the lush Ghibli offerings, but it allows you to focus more on the meditation of the transitive nature of human existence and the joy we should feel by living during our time in this place however much we get. 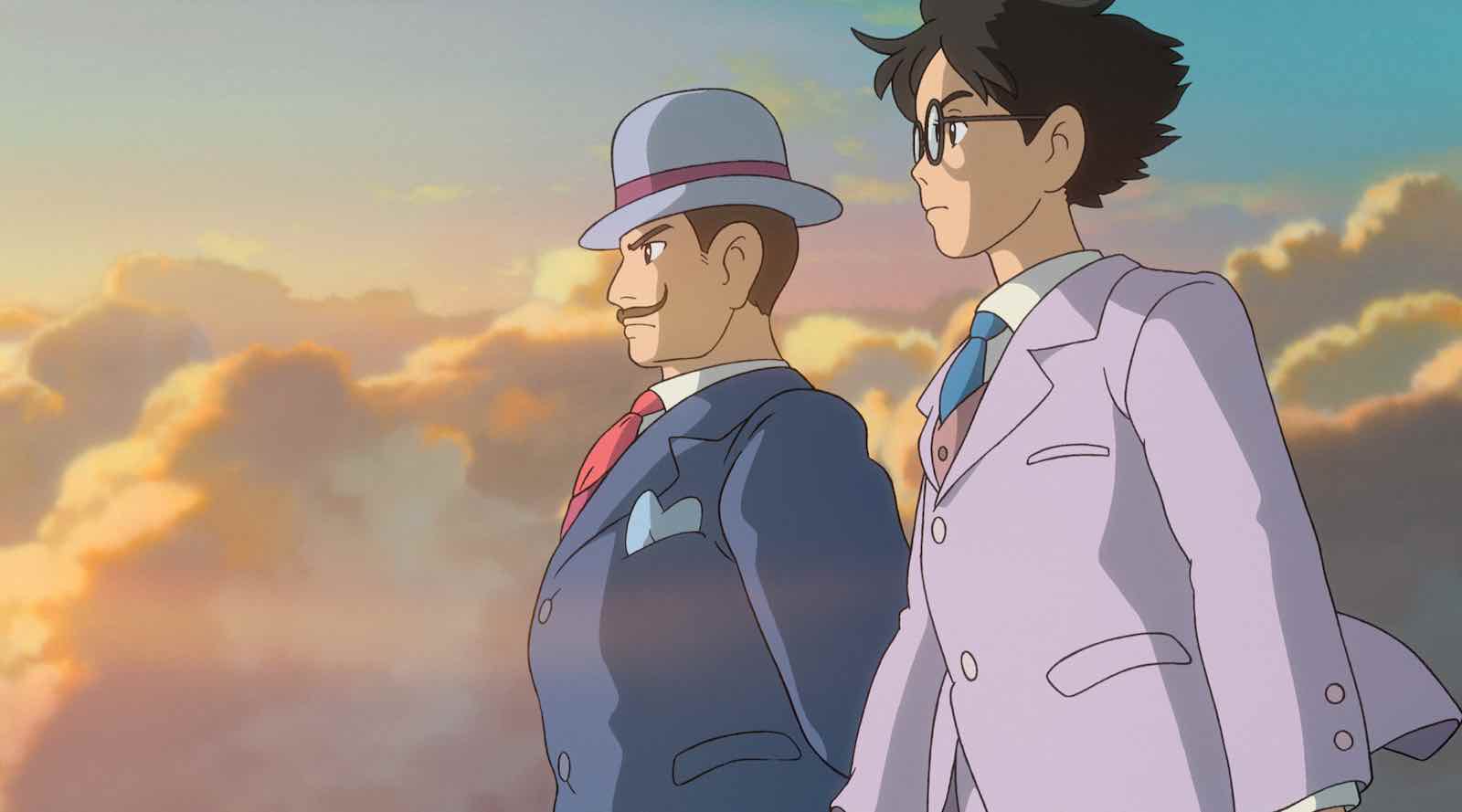 Miyazaki may have come out of retirement back in 2017. We’ll be seeing his next film How Do You Live? in 2020 or 2021, but for a decent amount of time The Wind Rises was considered his final film. It is definitely an interesting one too, even temporarily, end a career on. The film is based on the life of Jiro Horikoshi, an airplane designer from World War 2.

While The Wind Rises has been criticized for not being more anti-violence than Miyazaki’s other films, the message of a dreamer forced to become a realist mixed with some of the most stunning sequences in Miyazaki’s career definitely feels like the director’s own bittersweet remembrance of his own career for what was believed to be his final film. 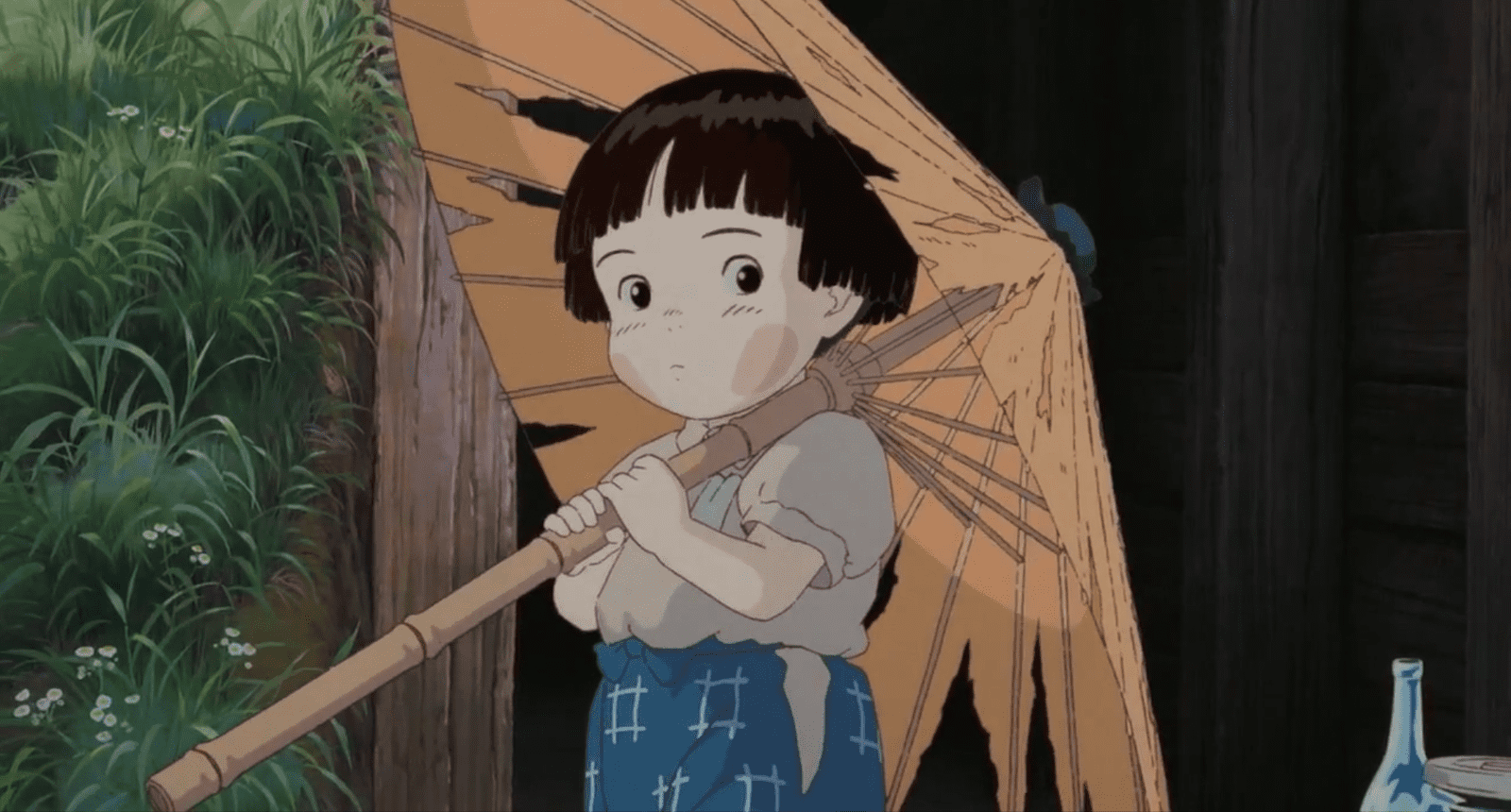 Grave of the Fireflies is a film that will utterly wreck you. So prepare yourself before checking out this 1988 offering from Isao Takahata. Set after the end of World War II, Grave of the Fireflies follows siblings Seita & Setsuko as they try to survive following the deaths of both of their parents.

We don’t want to say too much about the heart-wrenching, emotional journey, but just stock up on tissues when you watch. If you’re not a wreck by the end of Grave of the Fireflies, then you are a stronger person than we. 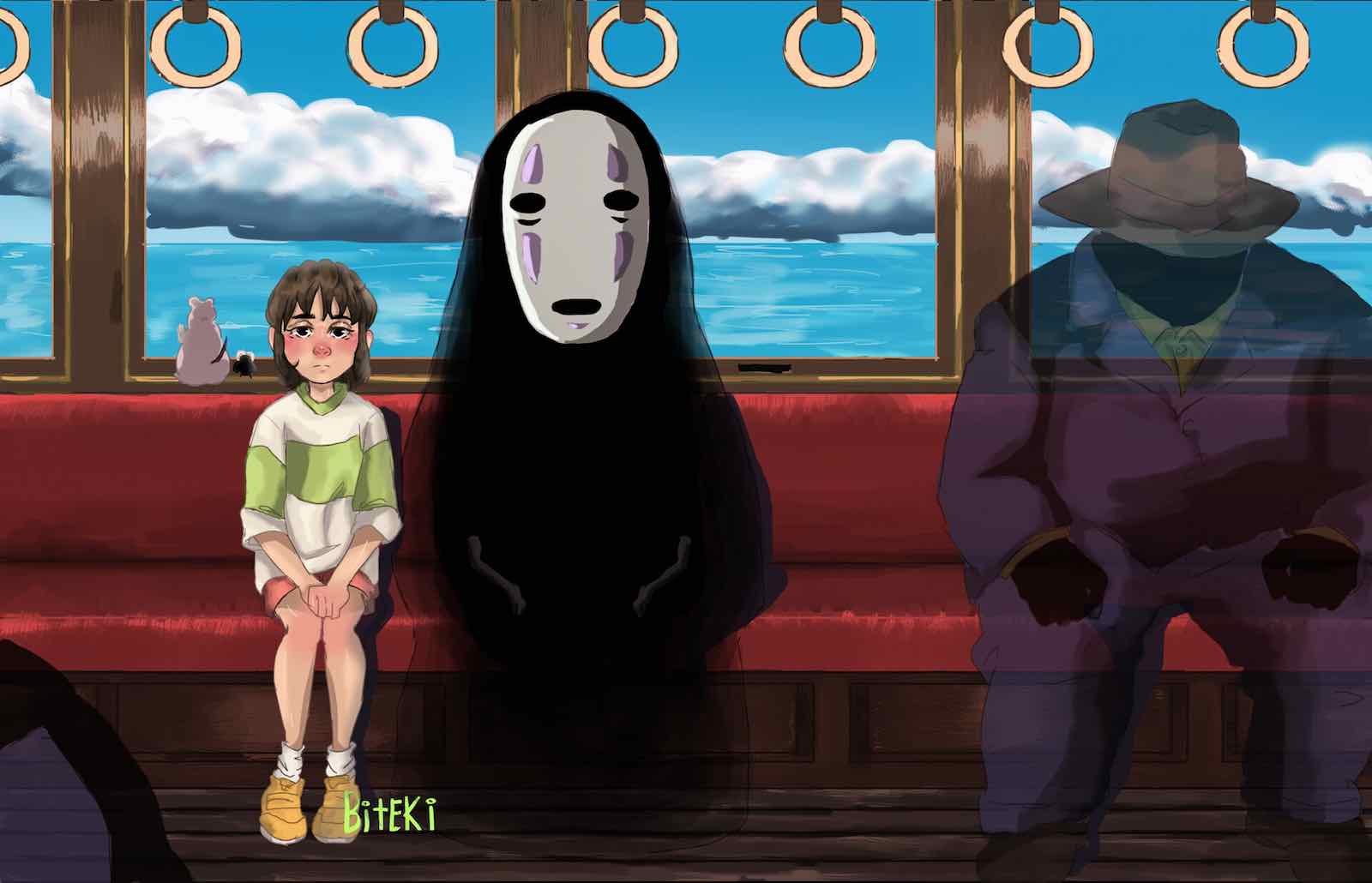 Perhaps the best-known work of Studio Ghibli’s catalogue, Spirited Away received both domestic and international acclaim from both critics and audiences. The film follows a girl named Chihiro, who is forced to move by her parents to a new home.

When the family is trapped in the spirit world and Chihiro’s parents are turned into pigs, the young girl is forced to work in a bathhouse in order to free them from their curse. Spirited Away is one of the finest works of Studio Ghibli and just a plain great movie. 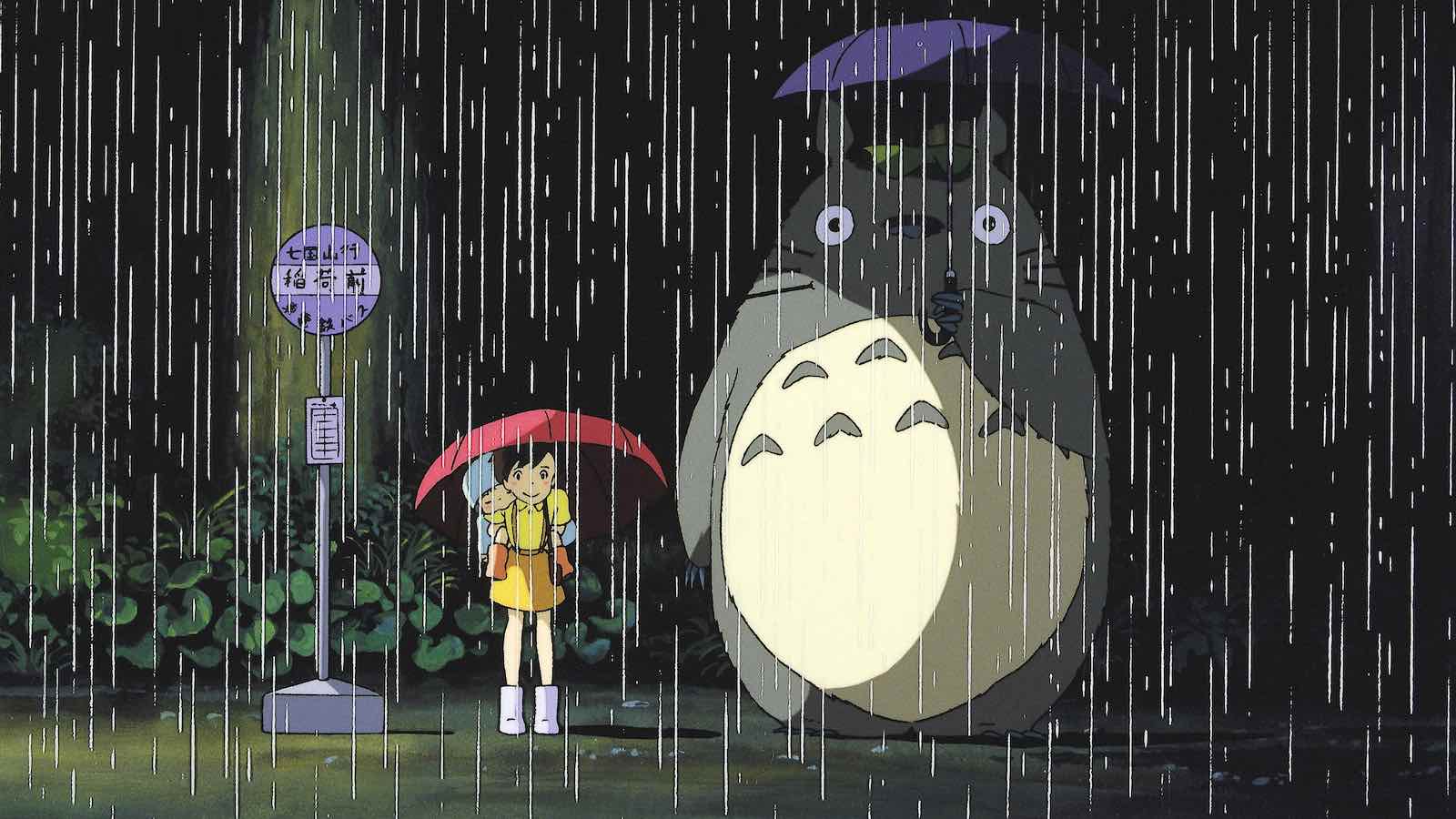 Without the success of My Neighbor Totoro, we don’t think that Studio Ghibli would have looked the same. While Castle in the Sky influenced a lot of subsequent Ghibli films, the groove for the studio was truly found in My Neighbor Totoro mixing in the slice of life and fantastical elements perfectly.

The story follows two sisters, who live in the countryside, and their interactions with the friendly spirits that live in the woods. Totoro has some of the most iconic visuals of a Ghibli film from the titular Totoro at the bus stop to the Cat bus. It’s just a very sweet film that reminds you of the wonder of childhood.