Data: All his best ever ‘Star Trek: The Next Generation’ moments

Never, in the history of pop culture, has a robot acted less like a robot than Data (Brent Spiner) from Star Trek: The Next Generation. We are including the entirety of all robots from television and film on this list, including R2-D2 from Star Wars, Number Six (Tricia Helfer) from SyFy’s Battlestar Galactica, and even the brave little toaster, from The Brave Little Toaster.

While Data opened every episode stressing his commitment to logic and reason, we have never seen a character embrace such a “YOLO” philosophy, outside of drunk frat boys in Southern Florida about to jump into a pool that has been drained for the season.

He lived like he died, like a trusty appliance that lasted way past its original warranty. In honor of this legend amongst men, here are all of his best moments from the best Star Trek show to ever air. 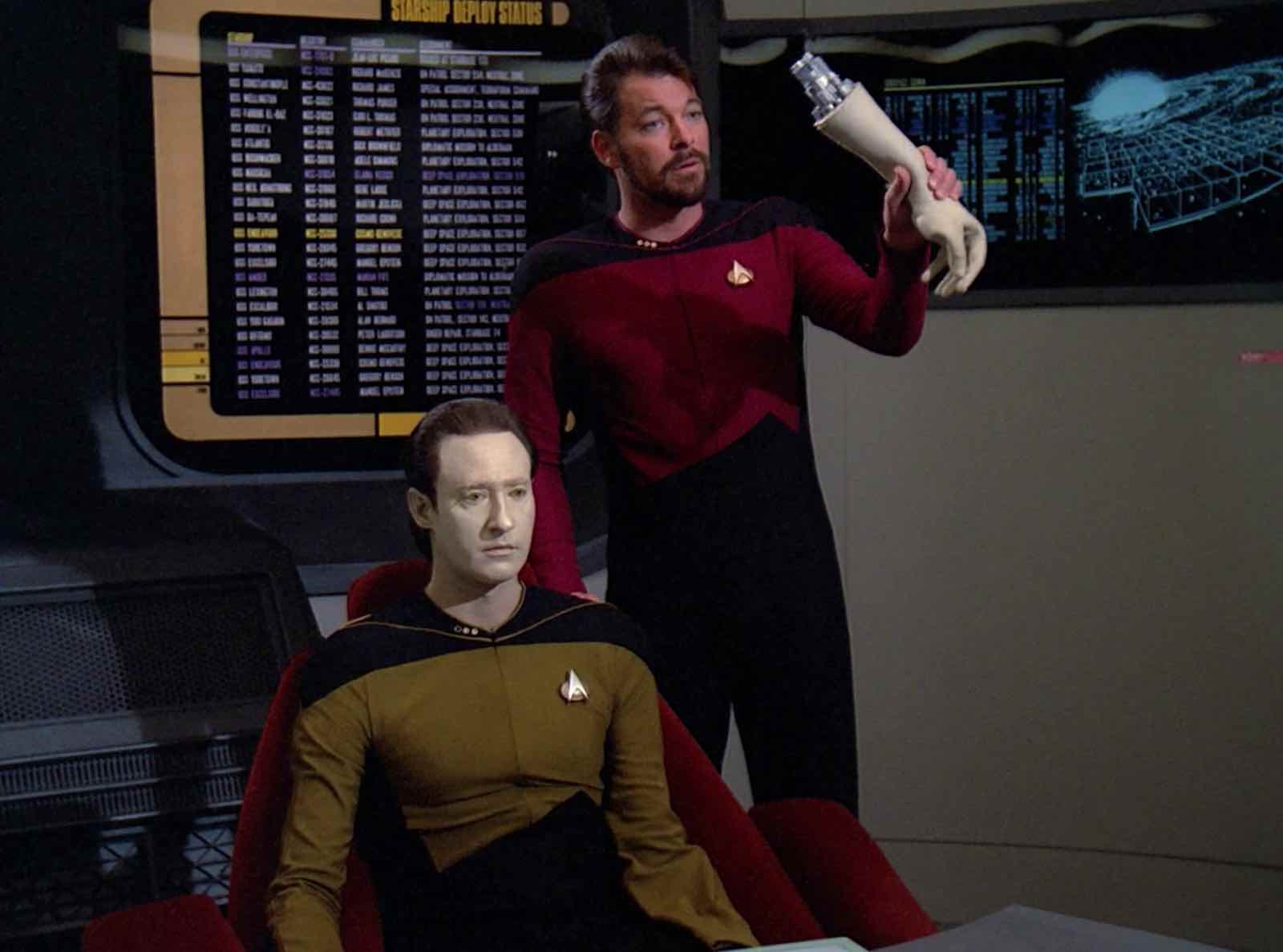 Everything that happens in “Measure of a Man”

“Measure of a Man” is the episode you show to your friends to convince them that Star Trek is a great show. Like all great television, it takes place in a courtroom. It addresses themes of consent, slavery, artificial intelligence, and autonomy on a level that is rarely seen onscreen.

It all starts when cyberneticist Commander Bruce Maddox (Brian Brophy) comes snooping around the Enterprise. Maddox is after Data’s positronic brain like the Wicked Witch of the West was after Dorothy’s ruby slippers, but Data rebuffs his request to study him out of concern it could be more dangerous than Maddox lets on.

This causes Maddox to turn to Starfleet to force him to comply with his request, out of the belief that Data has no autonomy as he is Starfleet property. 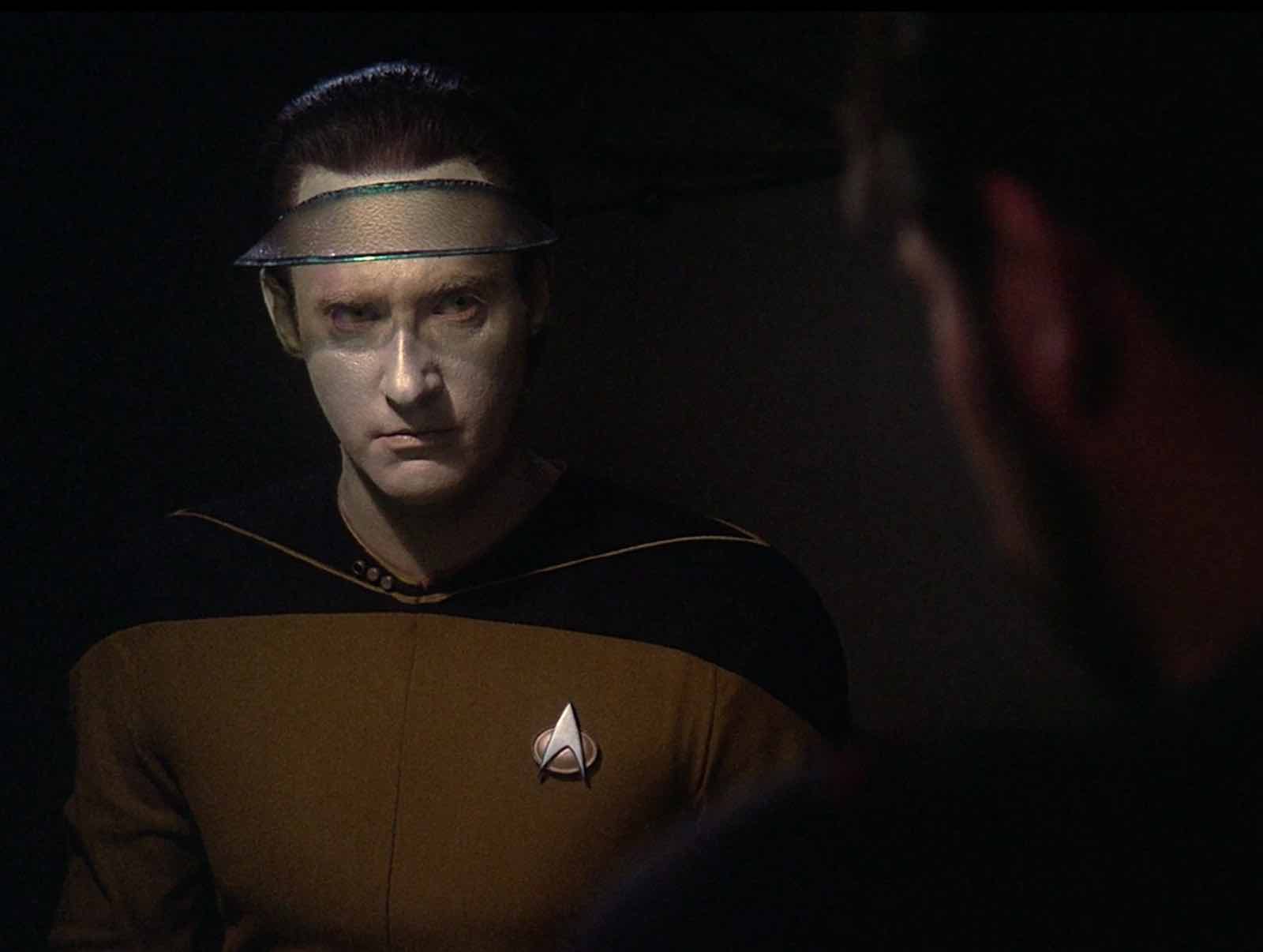 Obviously, Data was never going to lose this fight with his No. 1 boy Captain Jean-Luc Picard (Patrick Stewart) on his side, but it is a gripping hour of television that forces the viewer to consider at what point a machine with above-human intelligence could be considered human.

The greatest part of the episode comes from Maddox, rather than Data, when he refers to him as “he” rather than “it.” It establishes Data not just as a character, but as a man. 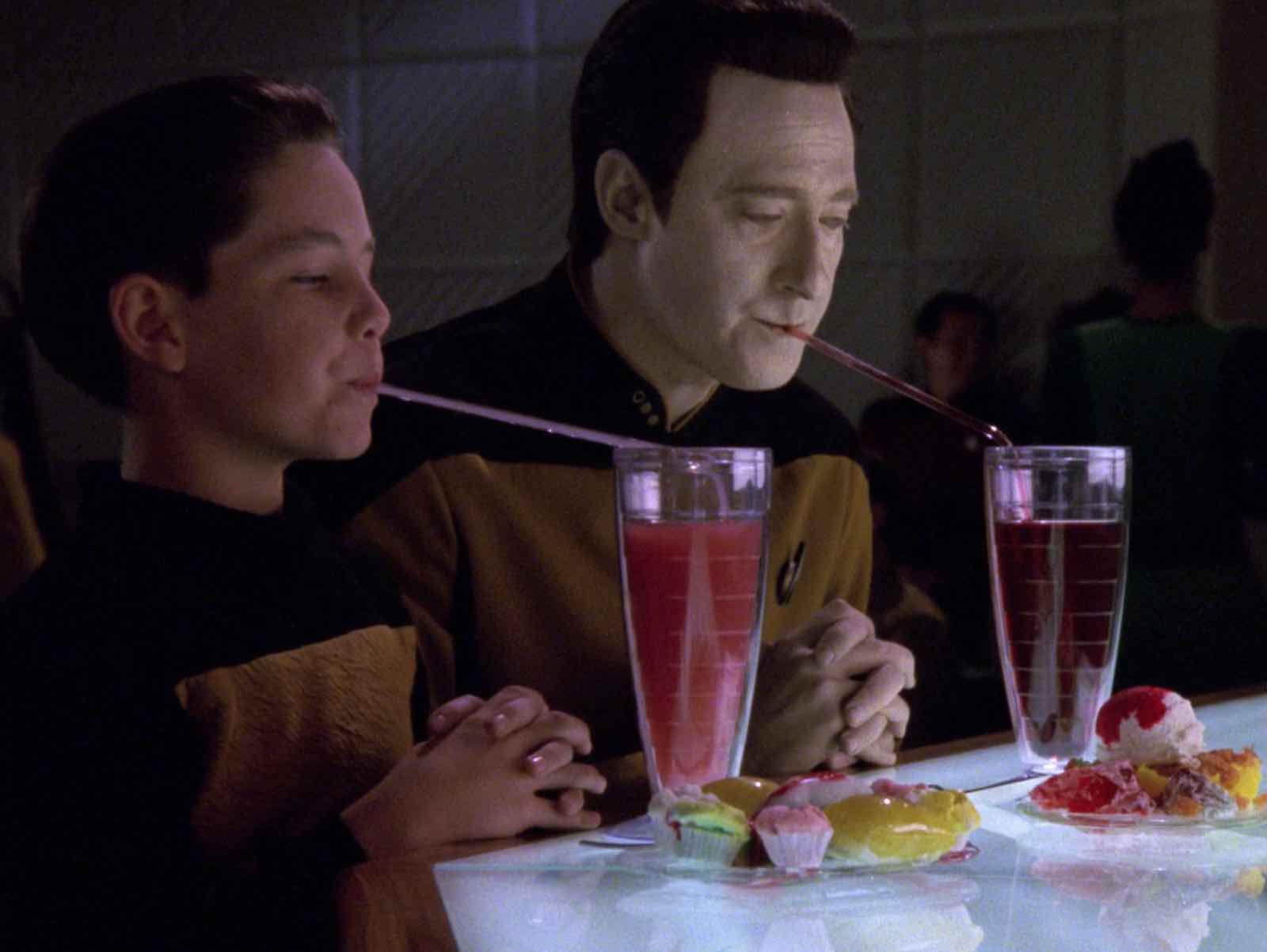 Data drinks alcohol in the only honest way

Star Trek: Generations is not a good movie. It has our favorite Star Trek characters from multiple franchises, but it would not even rank in the top 10 of our favorite franchise films (which is pretty bad when there are only 12 in total).

Star Trek: Generations gets major points for a 22-second scene of Data in Ten Forward consuming alcohol. The robot truly speaks to the human condition in this one brief scene, as he tries alcohol for the first time. 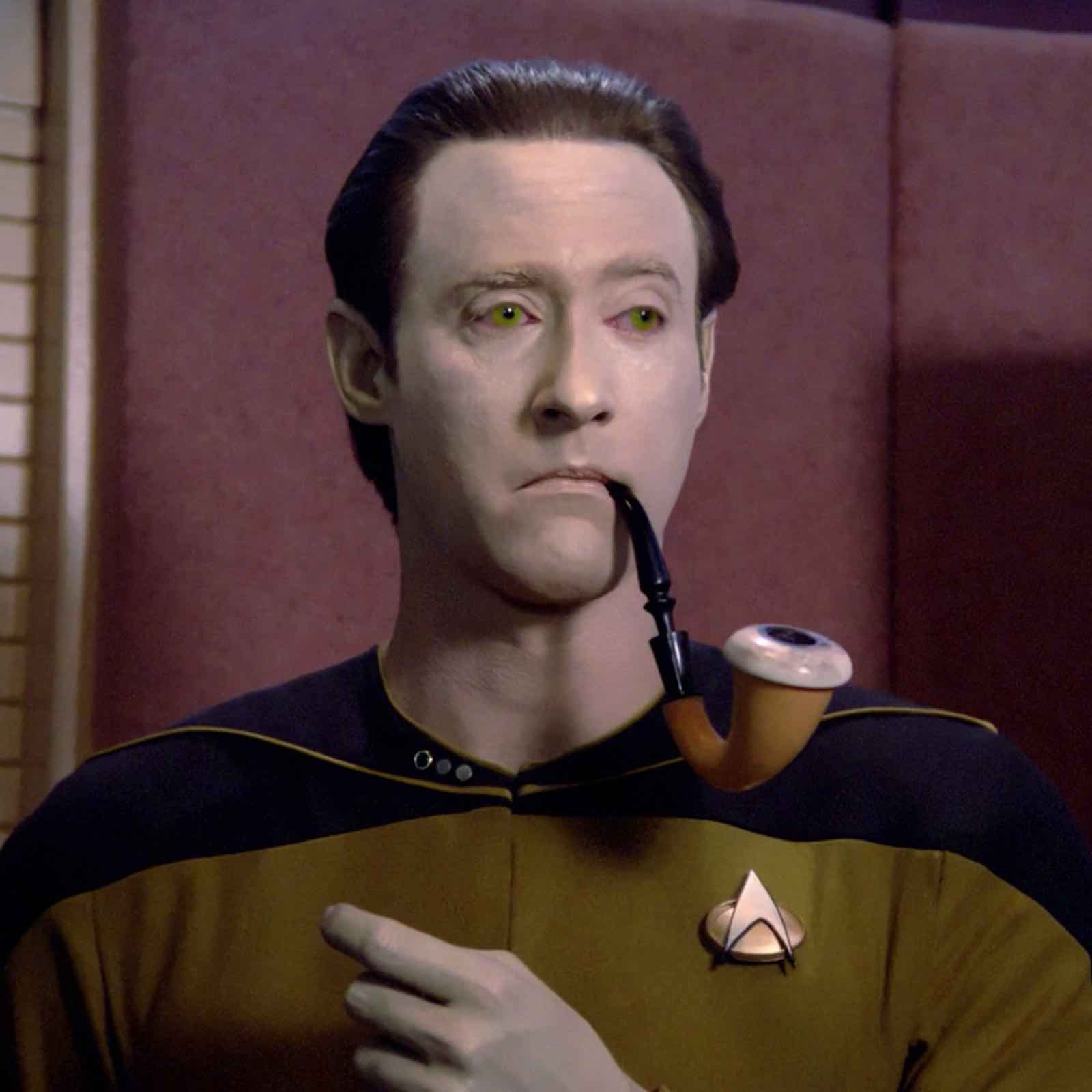 What we love about Data is his embrace of all of the human characteristics anyone else  would feel nervous or embarrassed or ashamed about. He tries so hard to adopt human behaviors, without any of the emotions that go with them, and the end result is both hilarious and heartwarming.

In Season 6, Episode 5 “Schisms,” Data embraces the inner Literature and Classics major that resides within all of us to compose a poem to his cat Spot. Suffice to say, the rhyme and meter are technically perfect, but it bores most of the audience in Ten Forward to sleep. However, that is not an indictment of Data’s poetry. That was the main macguffin of the episode. 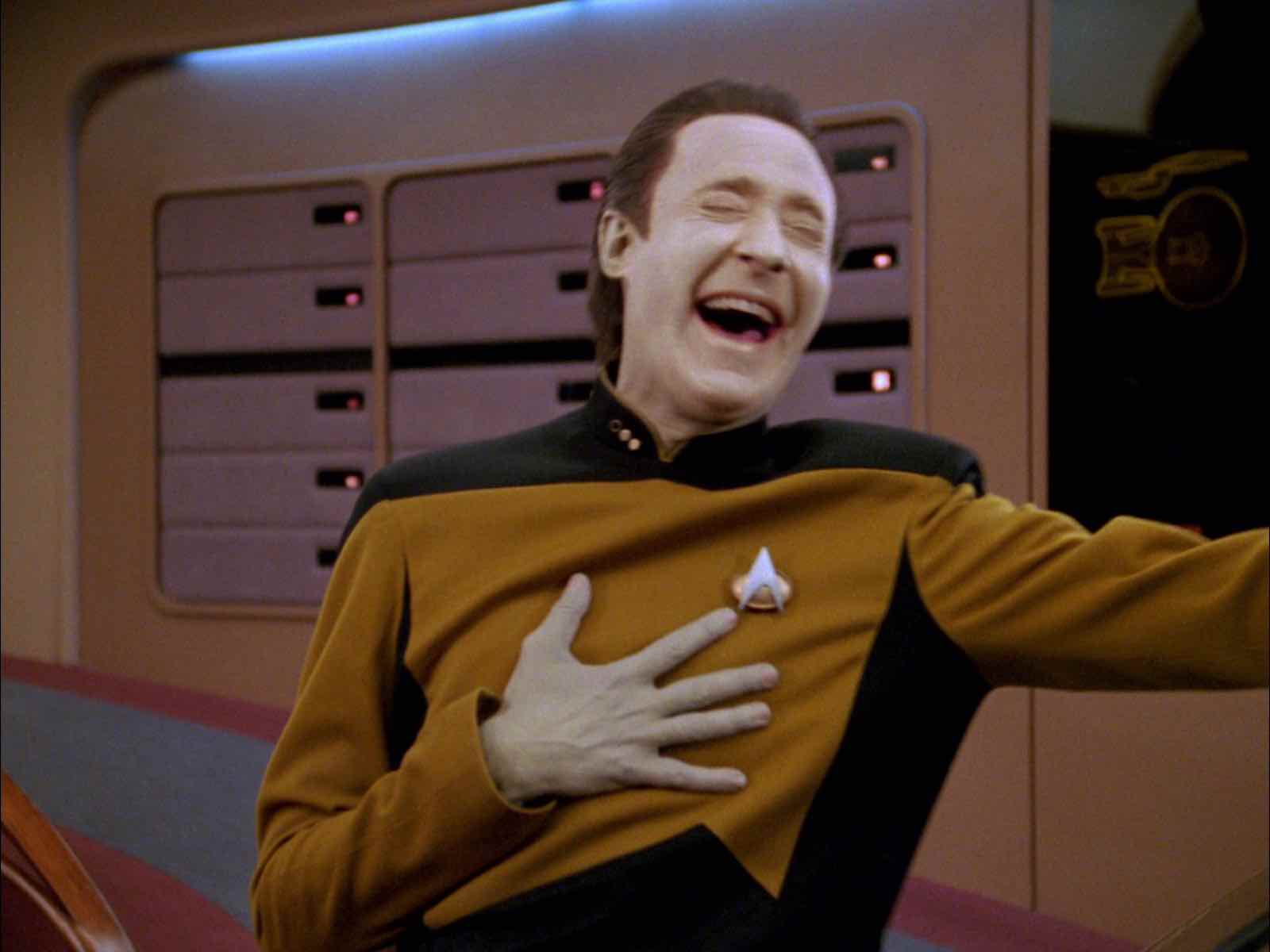 We all know Noonian Soong (Brent Spiner) was a pervert.

There was no need for Data to be fully functional, unless it was for pervert activities. 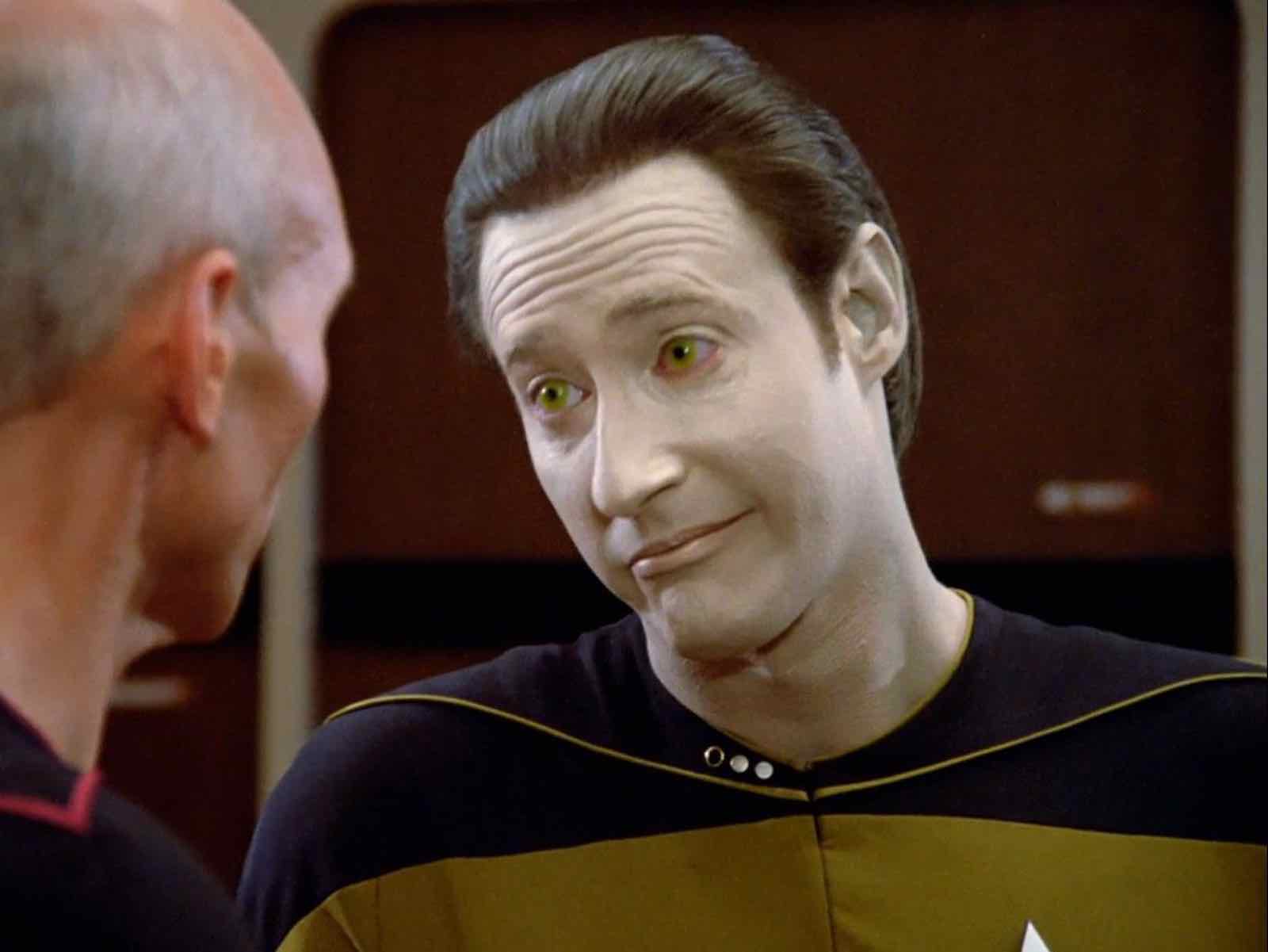 Which is exactly what Tasha Yar (Denise Crosby) used him for in Season 1, Episode 3 “The Naked Now.”

Luckily, it turned out to just be complex water molecules accumulating carbon from the body in an imitation of drunkenness, and the A-plot was speedily resolved, but we are still haunted by Data being used as a mandroid version of Austin Powers’s fembots. 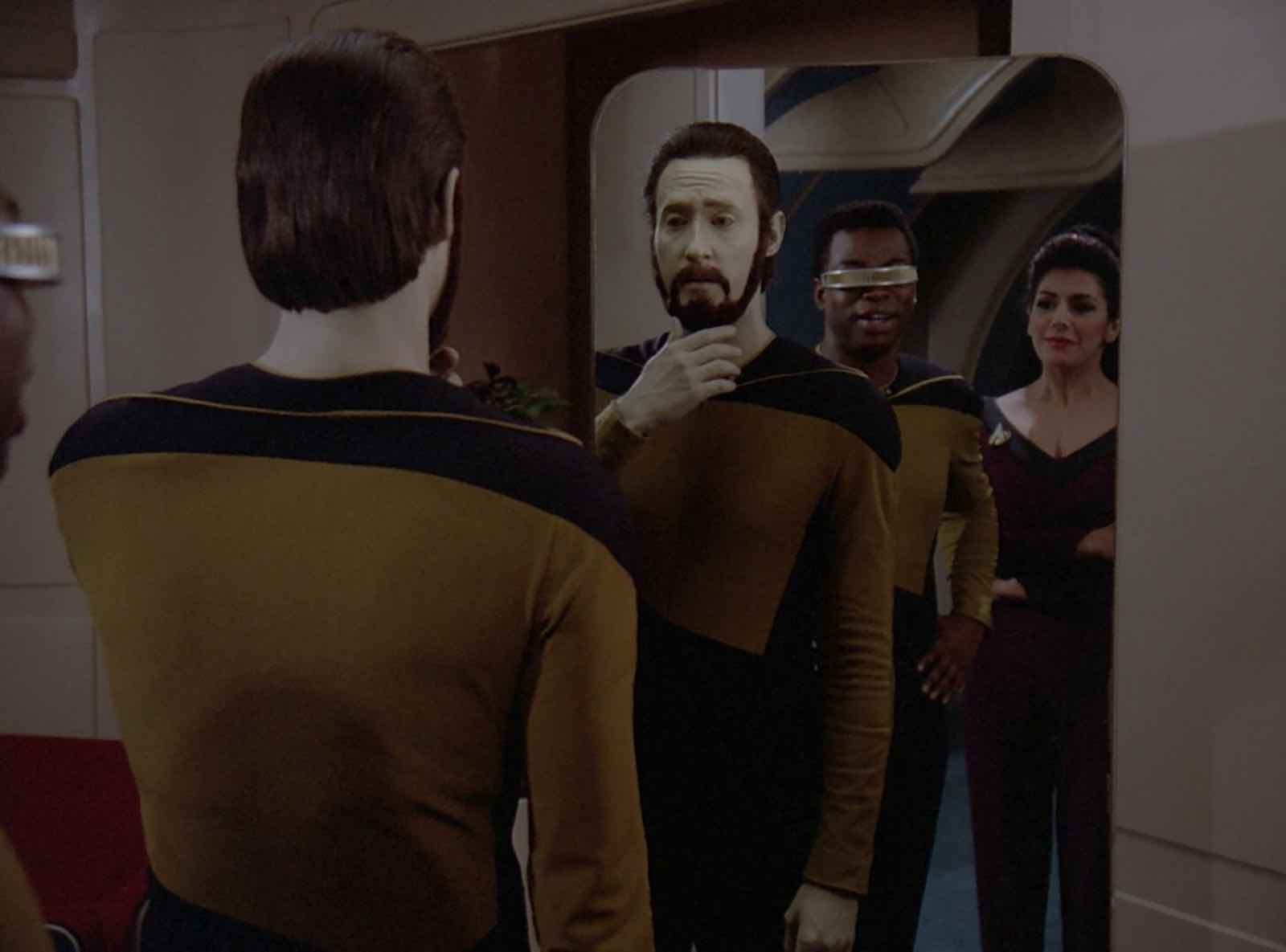 In Season 2, Episode 6 “The Schizoid Man,” Data grows a beard. It really adds nothing to the plot or character or even the legacy of Star Trek, but we just love it and felt like adding it to the list.