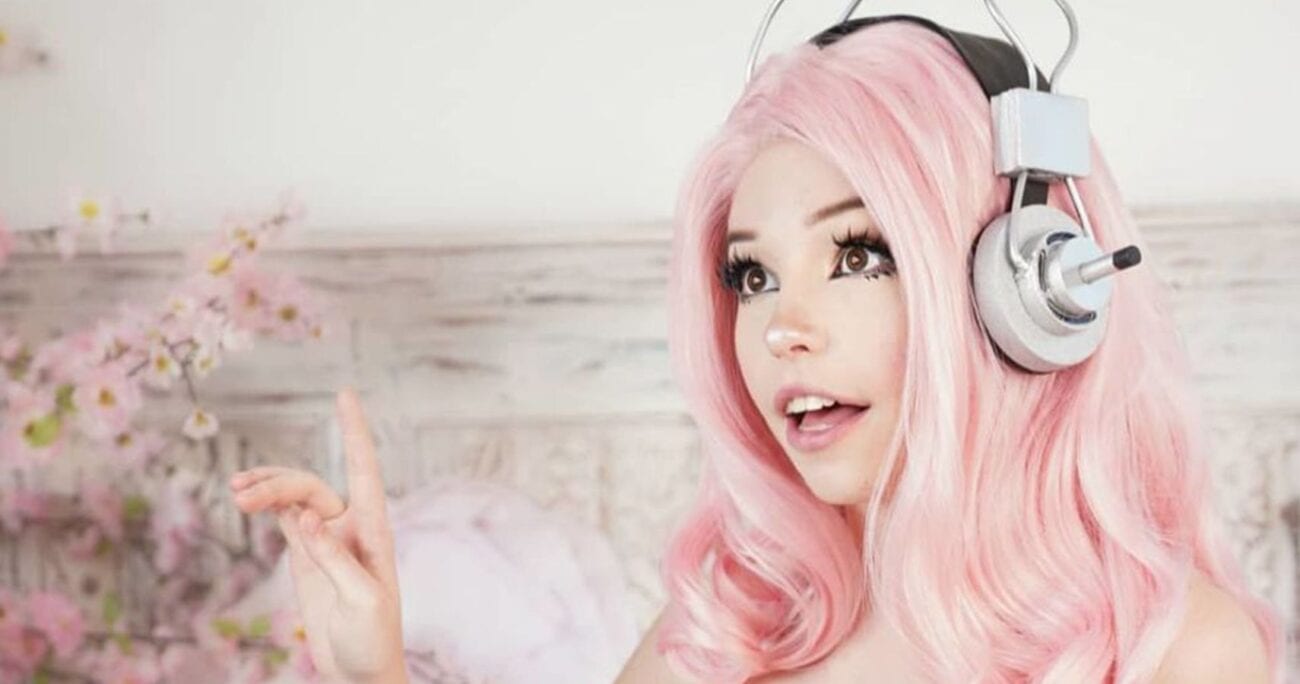 Mary-Belle Kirschner, better known as Belle Delphine, has shared her fair share of controversial content to her fans & subscribers. However, many people are unaware of who Delphine is or where she came from. 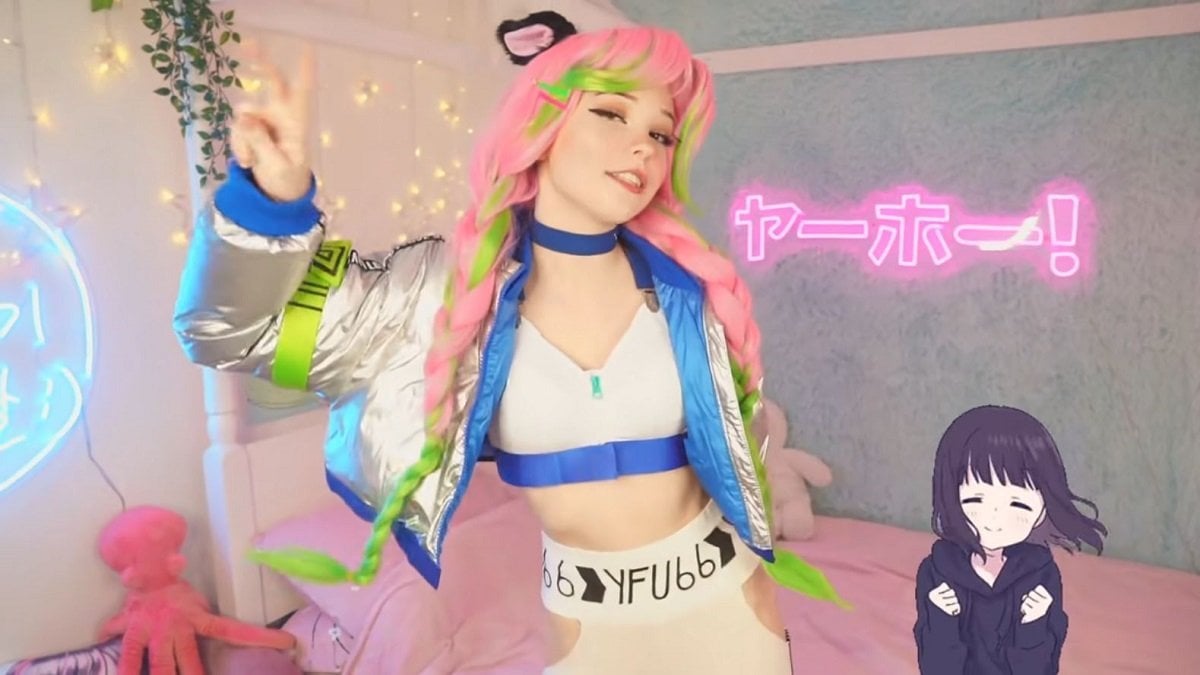 Does this ring a Belle?

Belle Delphine’s age is twenty-one. The South-African born creator was born on 23rd October 1999. She makes money through a crowdfunding site called Patreon. The website allows fans to pay for select memberships to obtain access to her explicit photos & videos.

Currently, Delphine has 1.5 million followers on Twitter. She first found fame on Instagram, but was banned due to “violating nudity guidelines.” Belle Delphine’s age isn’t the only thing fans question. Who is Belle Delphine?

YouTuber, cosplayer, and self-described “gamer girl”, started posting fashion and make-up content on Facebook from the age of fourteen. Delphine didn’t obtain her following until she joined “the more risqué” side of the industry, she revealed in 2019. 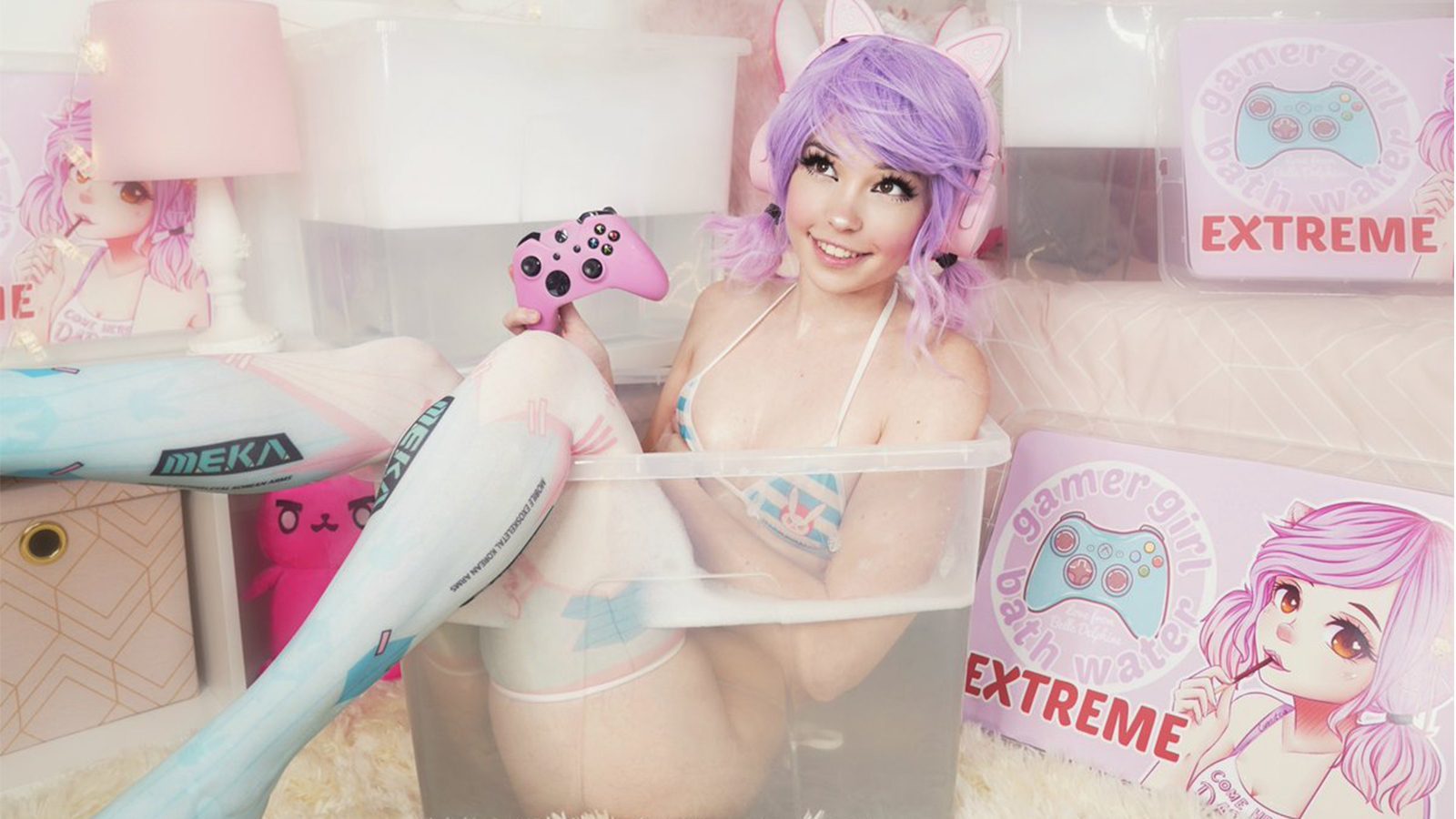 Self-proclaimed gamer girl Belle Delphine really shot to fame when she started selling her bathwater online. Before she was banned on Instagram, Delphine began selling $30 bottles of “bath water for all you thirsty gamer boys” on an IG post that had over 500,000 likes.

Many people would question who’d purchase this unhygienic product, but surprisingly, the bathwater sold out almost immediately. Delphine told the Guardian, “Lots of people would comment on my photos saying they would drink my bathwater. I was thinking of ideas one day, and it just popped into my head. What if I actually bottled and sold my bathwater?” 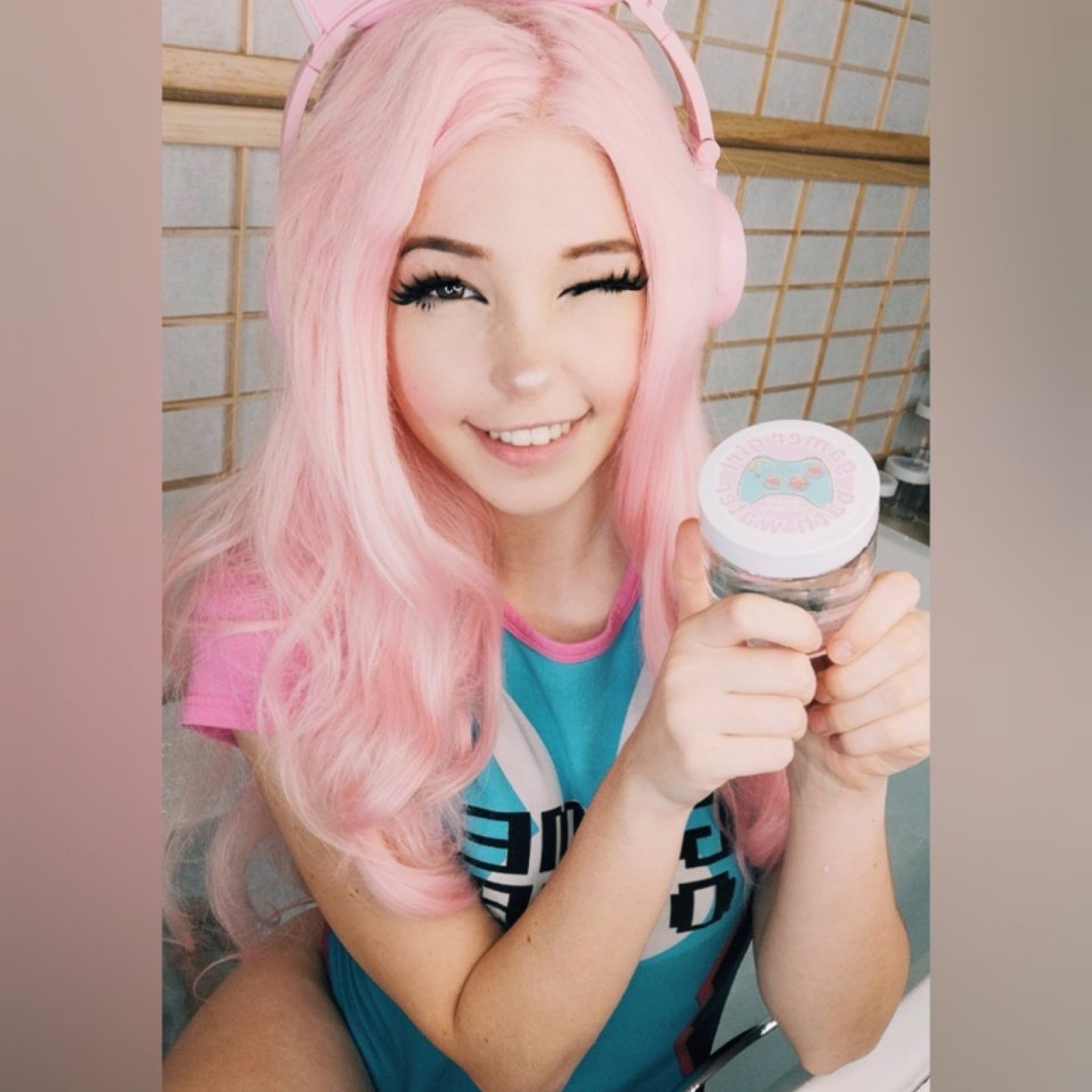 At the age of nineteen, Delphine was gaining millions of subscribers and became known as “Bathwater Girl”. Belle Delphine has stuck googly eyes on a dead octopus, eaten photographs of her followers & internet personalities, and filmed herself eating raw eggs.

She’s commented on her controversial & explicit nature, “I’m lucky. I can do crazy things and get to see the world react to it, and there’s definitely enjoyment in that, even if it’s sometimes a little scary. I get a bigger reaction to my weirder content but I think that’s only possible because I also make risqué content.” 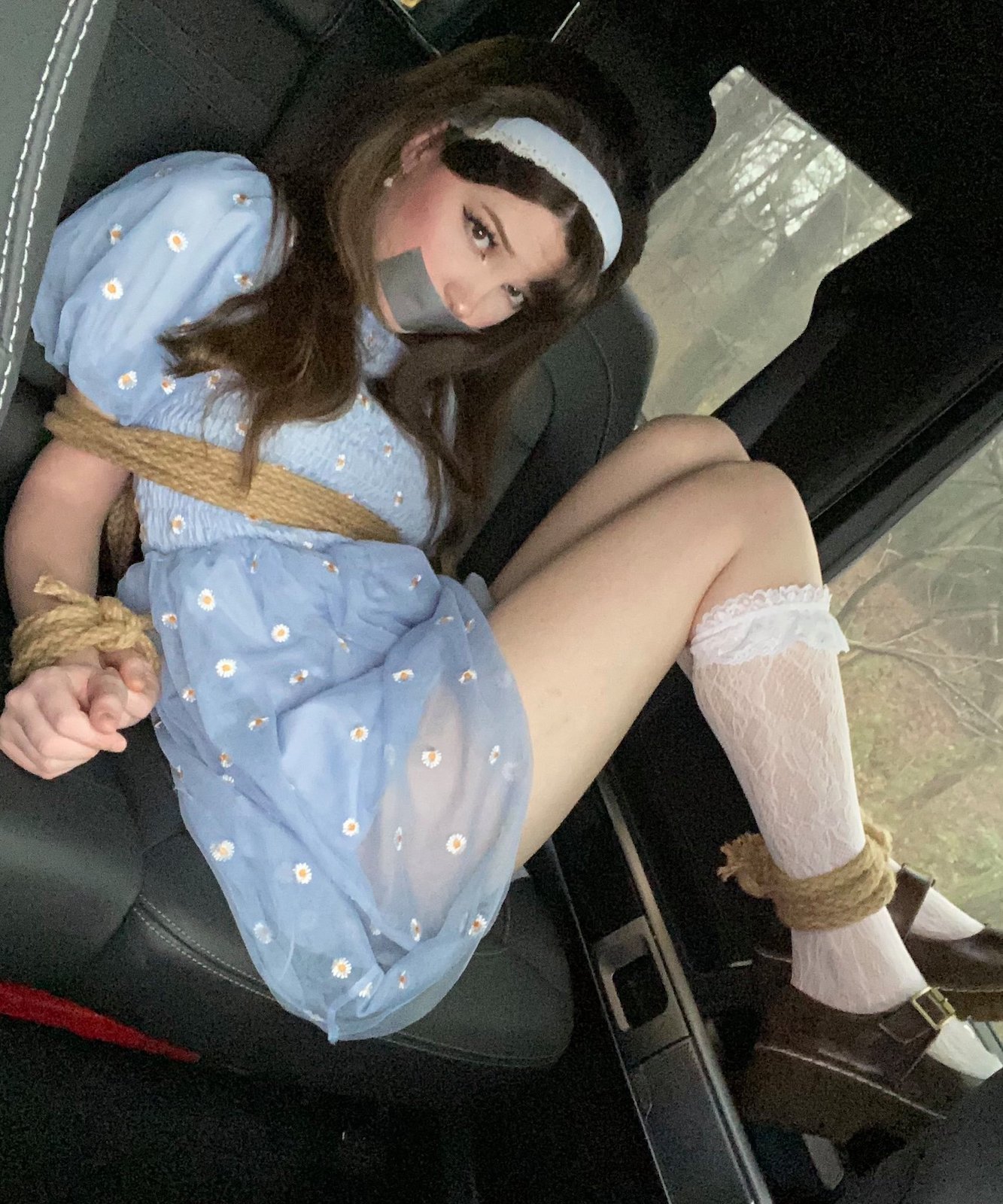 Belle Delphine’s recent controversy has since made her trend on Twitter, but for all the wrong reasons. While she’s known for posting explicit photos on her Twitter profile it doesn’t mean we were expecting her recent series of images.

Delphine was tied up and posing as an abductee. In the first two images of her photoset, she’s tied up with her mouth taped shut in the backseat of a car. The third picture shows her in the trunk, legs splayed, and without underwear. A small censored part was edited over the top for Twitter’s “sensitive media policy”. 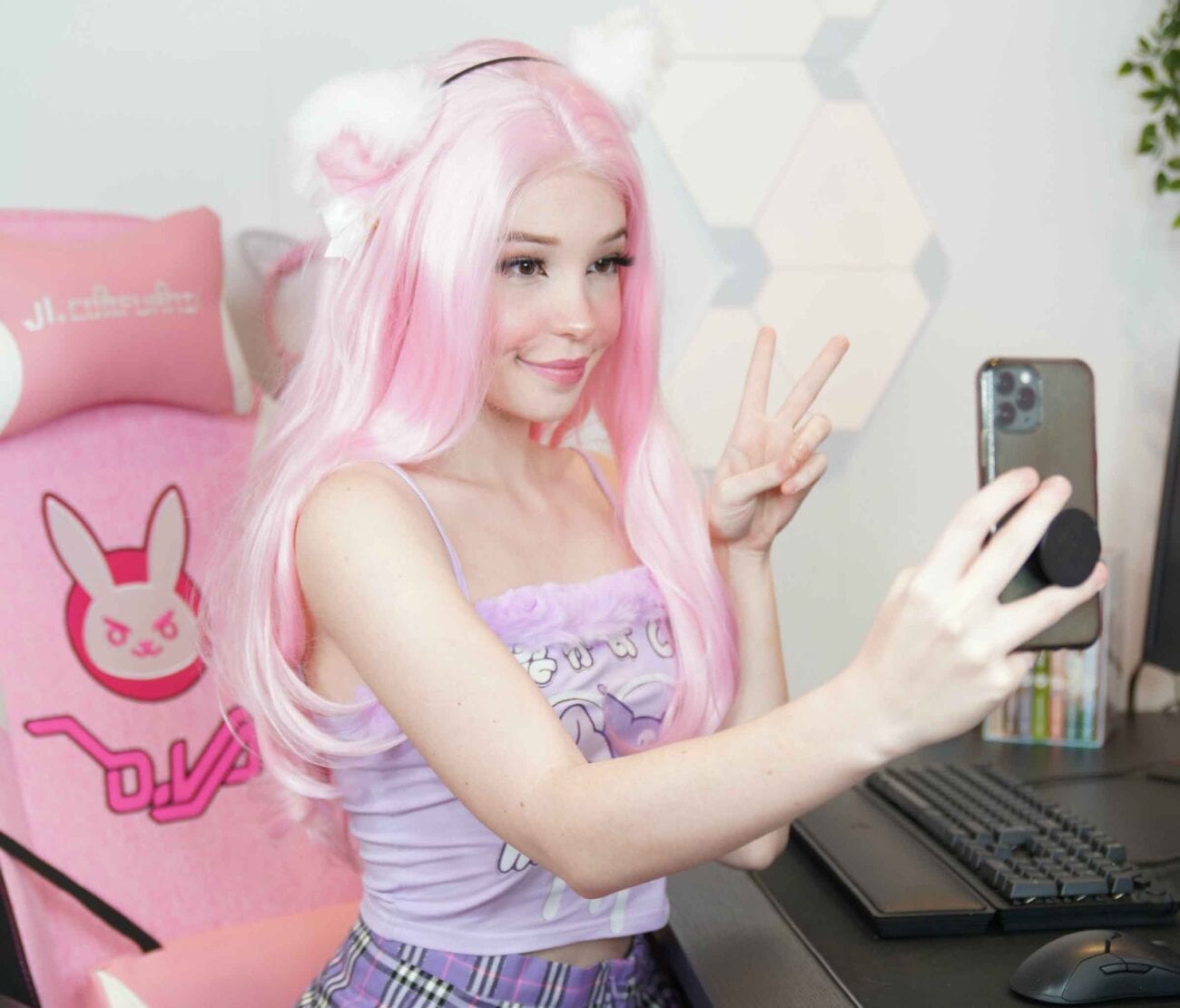 She captioned her photoset “My perfect first date <3”. It’s no surprise that fans and those who saw the photoset were shocked by Delphine’s apparent fetishizing of rape & kidnapping. It appears a leopard can’t change its spots with age.

In a lengthy statement, Belle Delphine stated she was not sorry. “I think saying because I enjoy consensual non-consent is promoting rape, is the same as the argument that violence in video games promotes violence.”

What do you think of Belle Delphine’s recent scandal? Are you shocked by her age? Let us know in the comments.