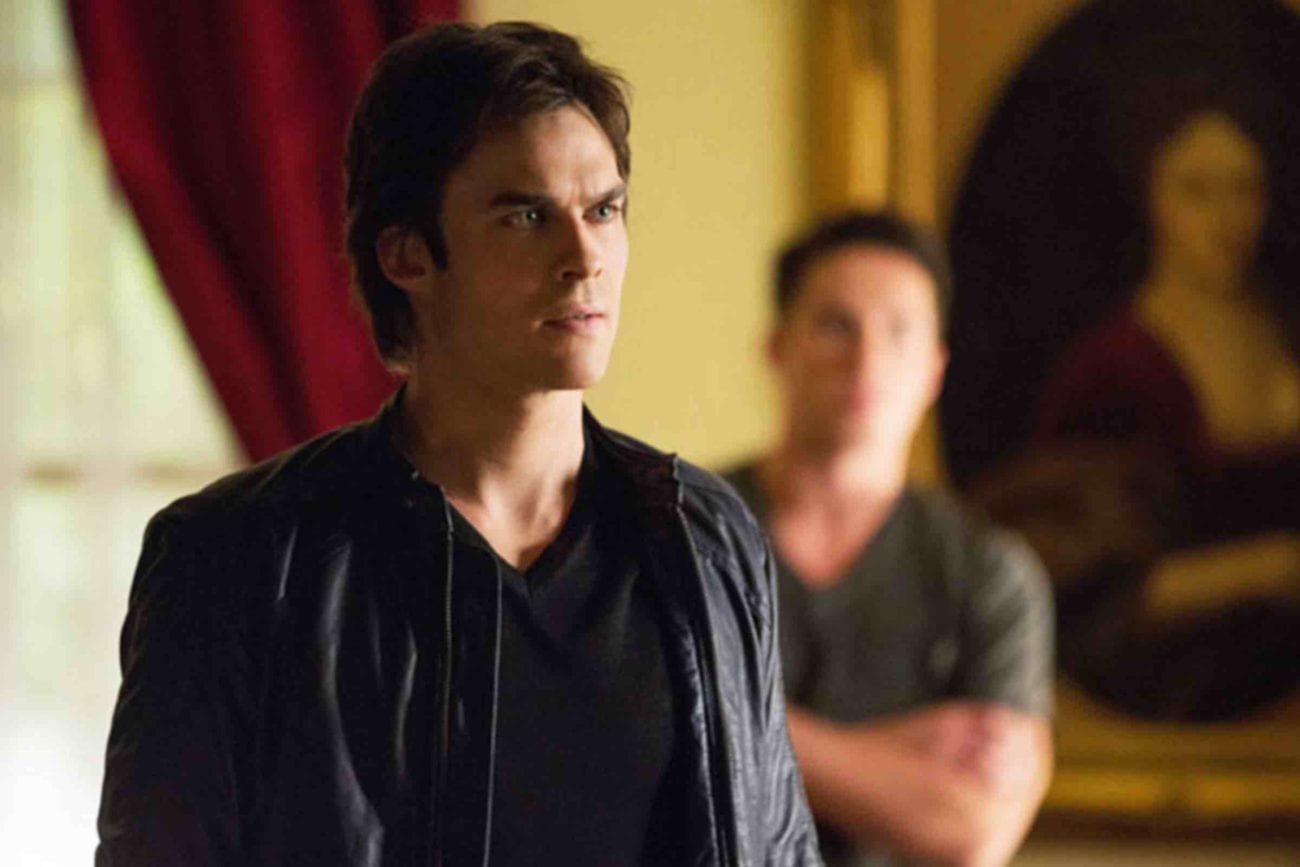 Ever since Twilight was released back in 2005, an ongoing fascination with vampires has seized culture. Whether it’s a soapy teen drama like The Vampire Diaries or a web series like Carmilla, the vampire love may have faded, but it is definitely not forgotten.

Current series like The Strain show there’s a push to make vampires terrifying again. We’re not talking about Bela Lugosi terrifying. We mean more of Nosferatu, 30 Days of Night kind of terrifying. With the gory revamp of Dracula in the pipeline between Netflix and BBC, Netflix recently released its other vampire drama: V-Wars.

While V-Wars probably doesn’t have the brand recognition that good old Drac gets, but lucky for you, we made a handy guide so you know all the deets for deciding your latest weekend binge. 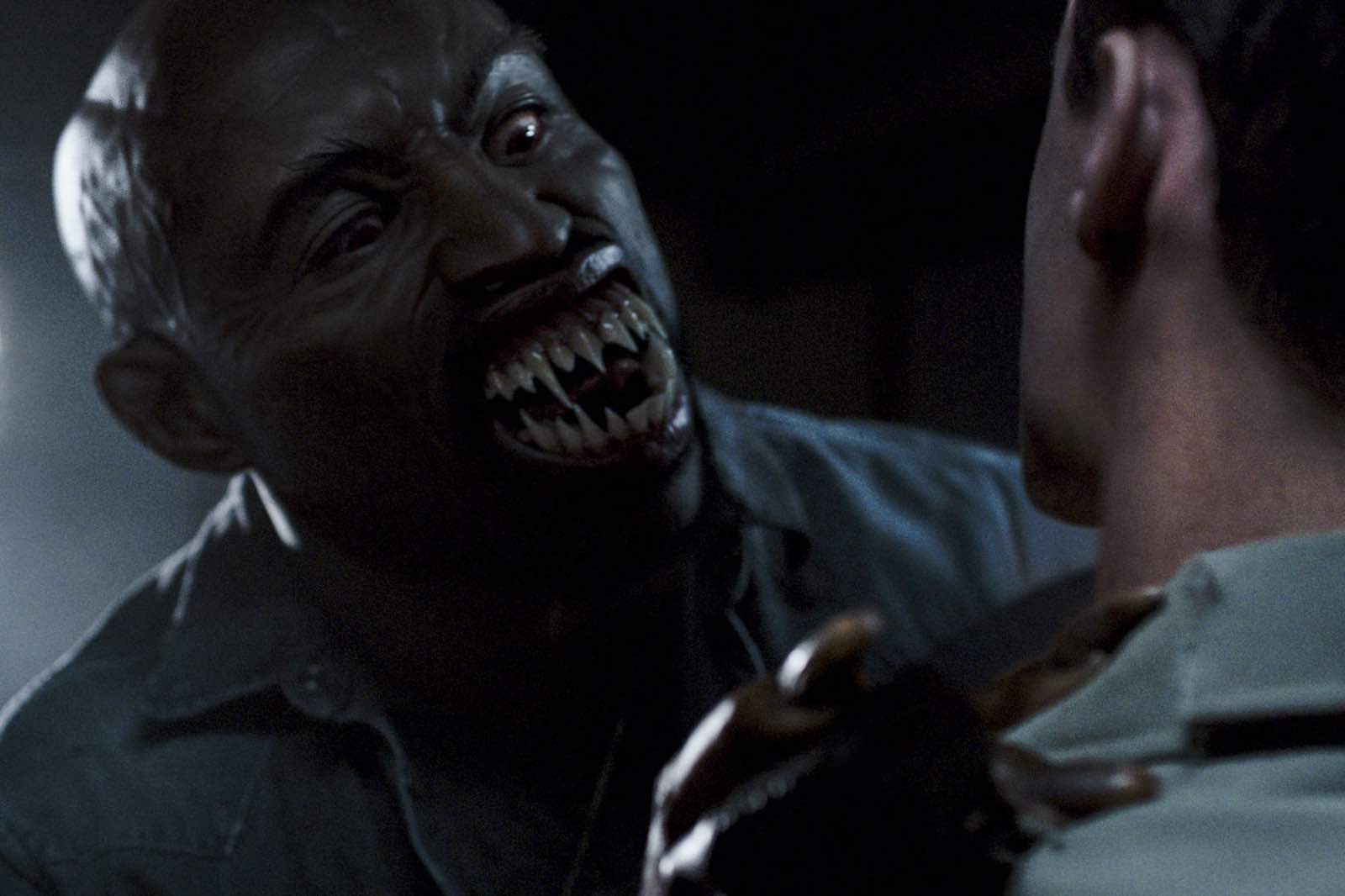 What is V-Wars about?

Based on the Jason Mayberry graphic novel of the same name, V-Wars takes place in a world where a global pandemic has the curious side effect of changing people in vampires. In the graphic novel and the series, a person’s DNA directs the vampiric change that takes place, leaving the vamps as varied and unique as the world’s cultures.

The series centers around Doctor Luther Swann (Ian Somerhalder), a top medical pro who is called to look into this mysterious virus. Of course, searching for a cure puts him at odds with his best friend, Michael Fayne (Adrian Holmes), who has been infected and turned into a vampire. In fact, Michael finds himself the leader of the vampires. These two friends find themselves on opposite sides of a fast broiling conflict. If things don’t work out, then it could lead to war between the humans and the vampires. 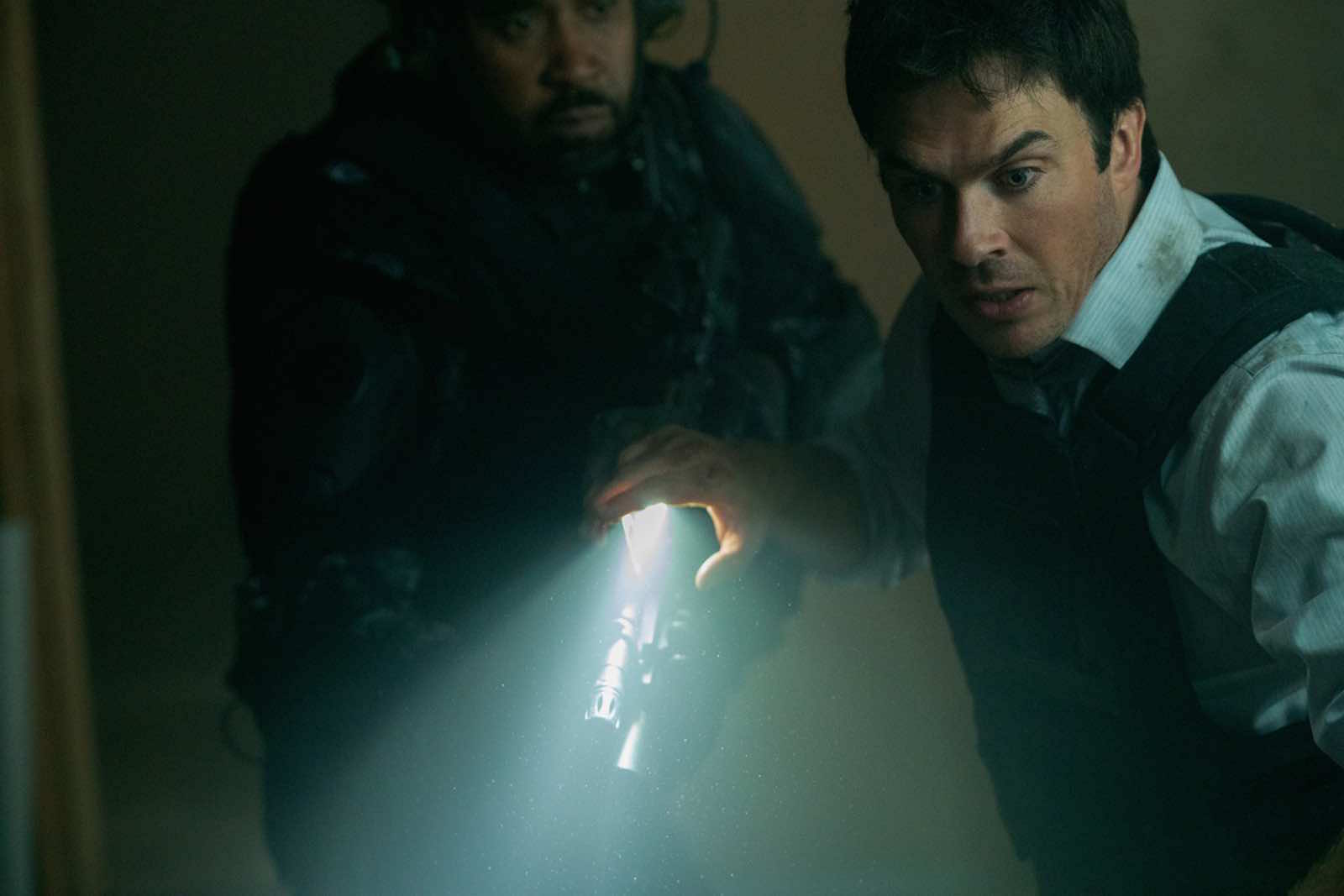 On a scale of Twilight to The Strain, how scary are the vampires?

In the words of Somerhalder during an interview with TVLine, the vampires are “really f—ing scary!”

Somerhalder, who is best known for his work as centuries-old vampire Damon Salvatore on The Vampire Diaries, said of the vampires: “They’re not hundreds of years old, they’re weeks old, so there’s no historical aspect.”

Given the whole genetics determined the transformation of the vampires, you don’t know what you’re going to get. That makes it hard to counteract.

We would probably put it a little below FX’s The Strain in terms of vampire scariness level. But like right below it. The Strain wins because of the sheer virtue of Guillermo del Toro’s involvement. 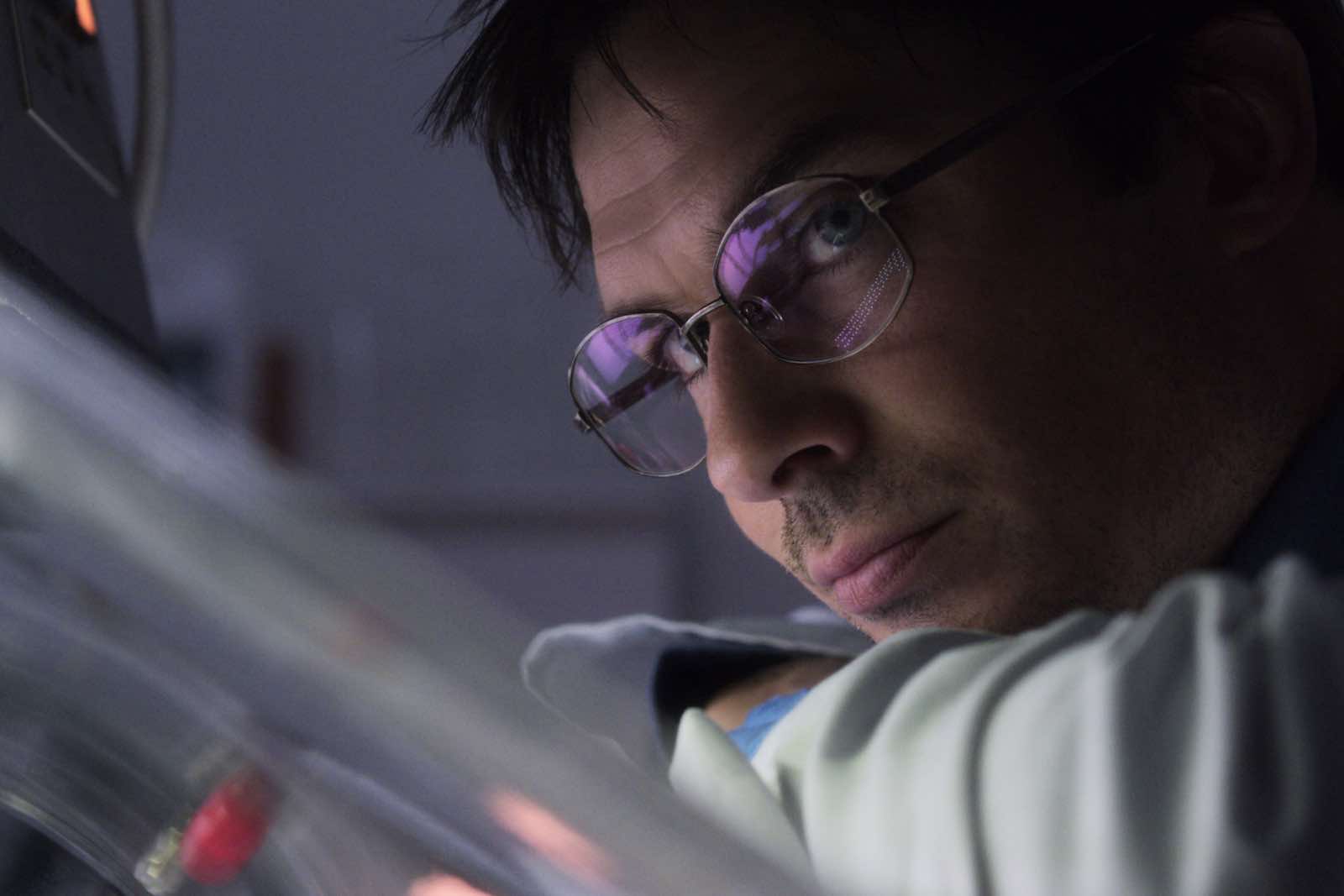 If you’re rolling your eyes at the vampires, then don’t. While there is that element of the series, Somerhalder makes it clear that V-Wars strives to be a grounded series. Like all the best of genre fiction (sci-fi, horror, fantasy), V-Wars may have a fantastical element, but it has something to say about the state of the world.

“It deals with the things we’re dealing with in our own world right now: borders, racism, disease, fear, politics — the politics of fear,” Somerhalder said of the series’ real-world parallels.

One of the major plot points comes from climate change, the way the virus is released into the world is due to the rapidly melting glacial deterioration. Without the ice, pathogens are being exposed for the first time in centuries or, in V-Wars case, millennia. 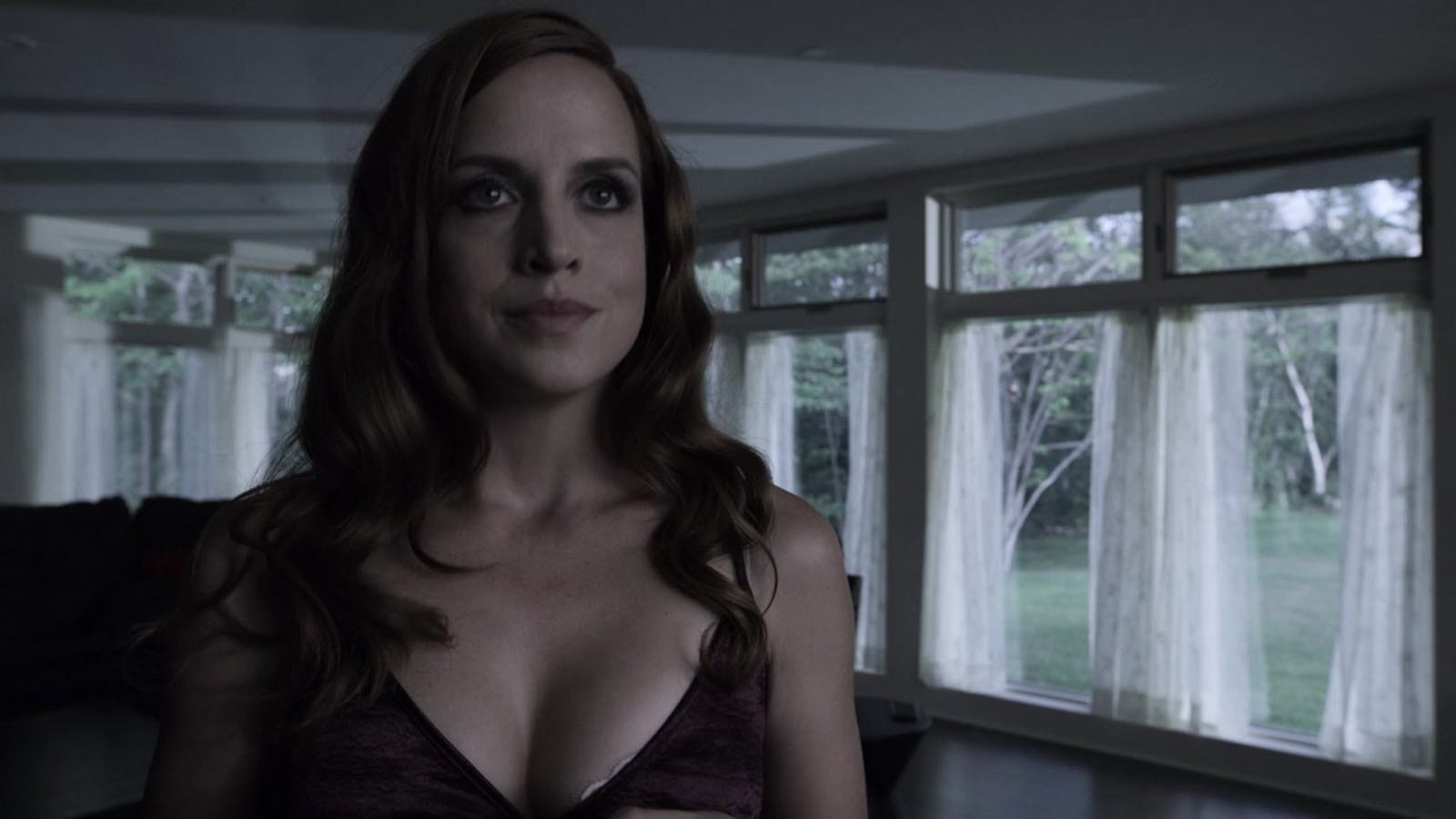 Anything is binge-able with enough dedication. V-Wars has 10 episodes around 45 minutes to an hour. So say, grand total, season one will take a grand total of 10 hours? Anyone interested after episode one could either binge it in a day or over the course of the weekend. Yes, it’s logistically binge-able.

If you’re someone who likes word of mouth or reviews, well there are some things out there about whether or not you should V-Wars.

Audience rating on Rotten Tomatoes has V-Wars sitting pretty at a 94%, but no reviews have been uploaded to the review aggregator. Decider, in their “Stream It or Skip It”, recommend streaming V-Wars, calling the series “dumb fun”.

V-Wars is currently streaming its first season on Netflix.