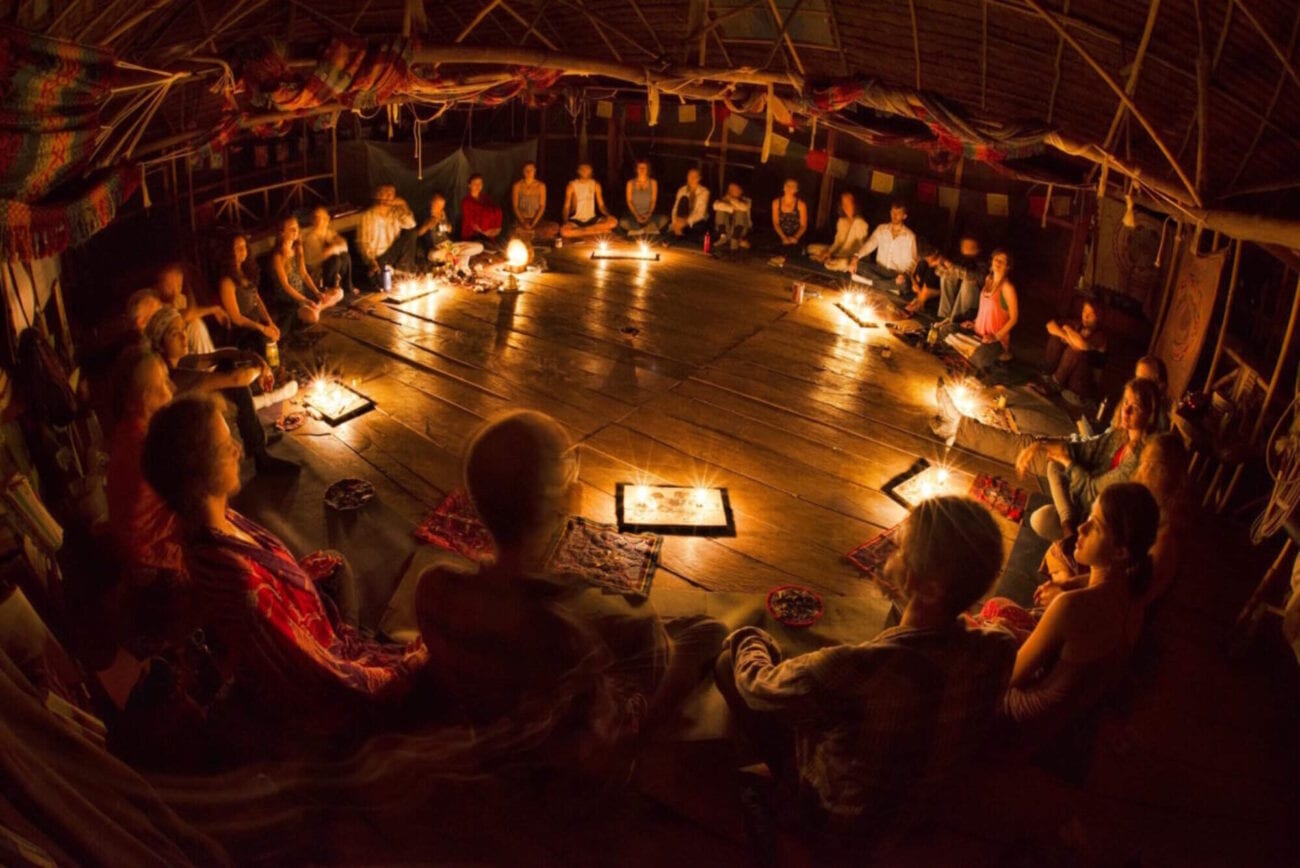 What is an Ayahuasca ceremony and how can you attend one?

Whispers of the strong psychedelic effects of ayahuasca have been growing stronger. Knowledge of this drug is particularly strong in traveler communities since many a vagrant has wandered into South American forests to participate in ayahuasca ceremonies and emerge anew.

Ayahuasca is a blend of tropical vine and shrub native to the Amazon known for its hallucinogenic effects. Shamans have used it for religious ceremonies for generations by brewing it into a tea drunk by participants. Many people who have participated in ayahuasca ceremonies have testified about its mind-opening and healing effects.

People have claimed to have been healed from physical illness, emotional trauma, and even gotten over divorces by taking part in an ayahuasca ceremony. The healing effects of this drug seem to be endless although it can have some pretty extreme side effects. Read on to learn more about this supposed miracle drug and where ayahuasca ceremonies are taking place. 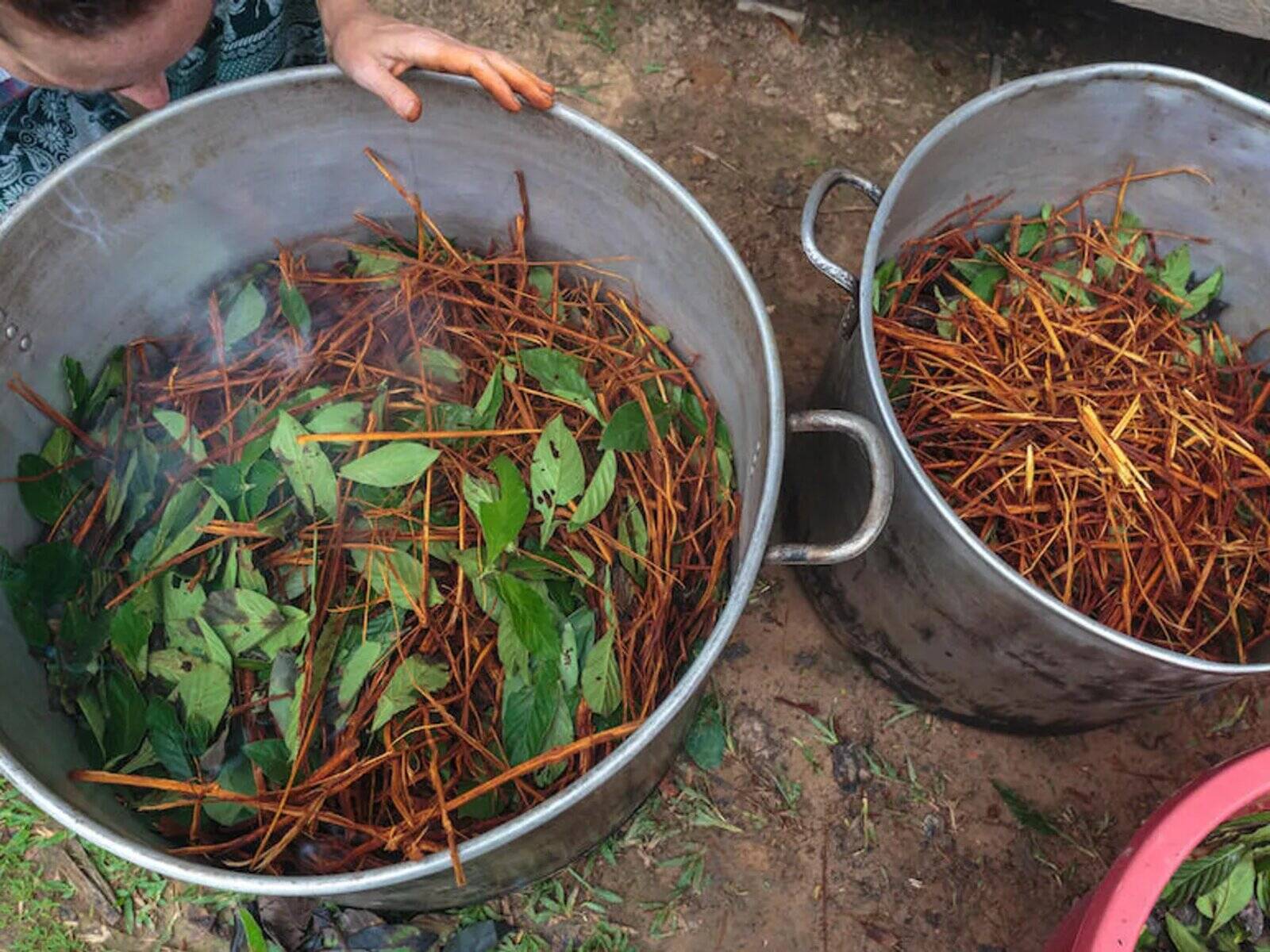 Some people have called the religious use of ayahuasca “the gospel of ayahuasca”. Traditionally, an ayahuasca ceremony would be led by a special shaman called a curandero. The job of a curandero is to guide the participants through the experience and lead them towards the path of spiritual healing and enlightenment.

The beginning of each ceremony is often begun with special songs called icaros led by the curandero. The purpose of the icaros is to communicate with spirits that will help with the healing treatment of each participant. Curanderos will sometimes blow smoke or scented liquids on participants throughout the experience. 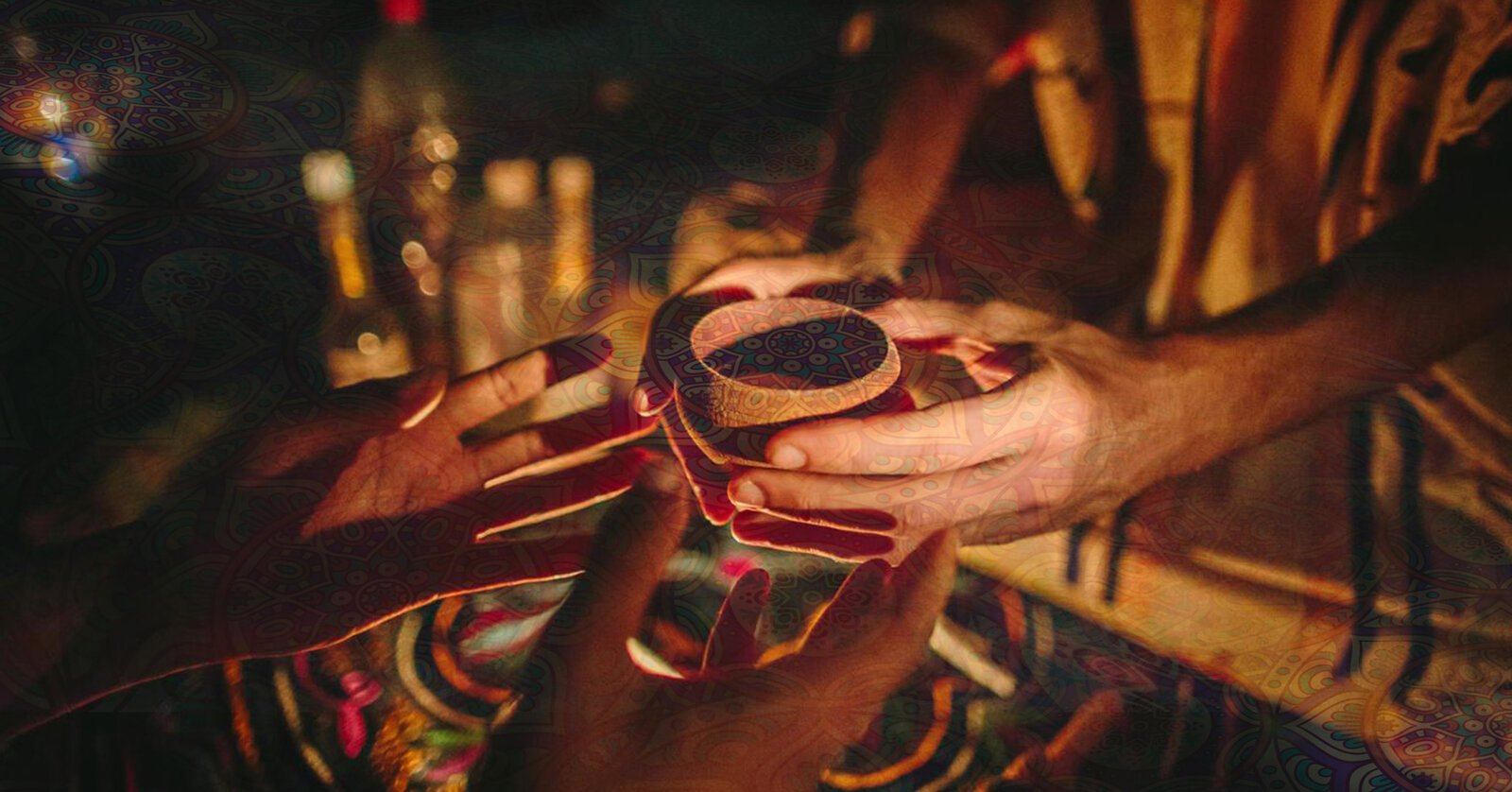 It is thought that different spirits attend to different kinds of healings and that a participant may feel specific effects based on what they need. Common side effects of ayahuasca are vomiting, sobbing, sweating, hallucinogenic visions, euphoria, nausea, anxiety, and generally extreme experiences of emotion.

Many participants have talked about particularly violent vomiting episodes they’ve had while on the drug. They say that as their body purged itself of its contents, so their spirits rid themselves of negative emotions or trauma they had been holding onto. This is often the healing effect that participants go into a ceremony seeking, that, and a widening of their mental and spiritual awareness. 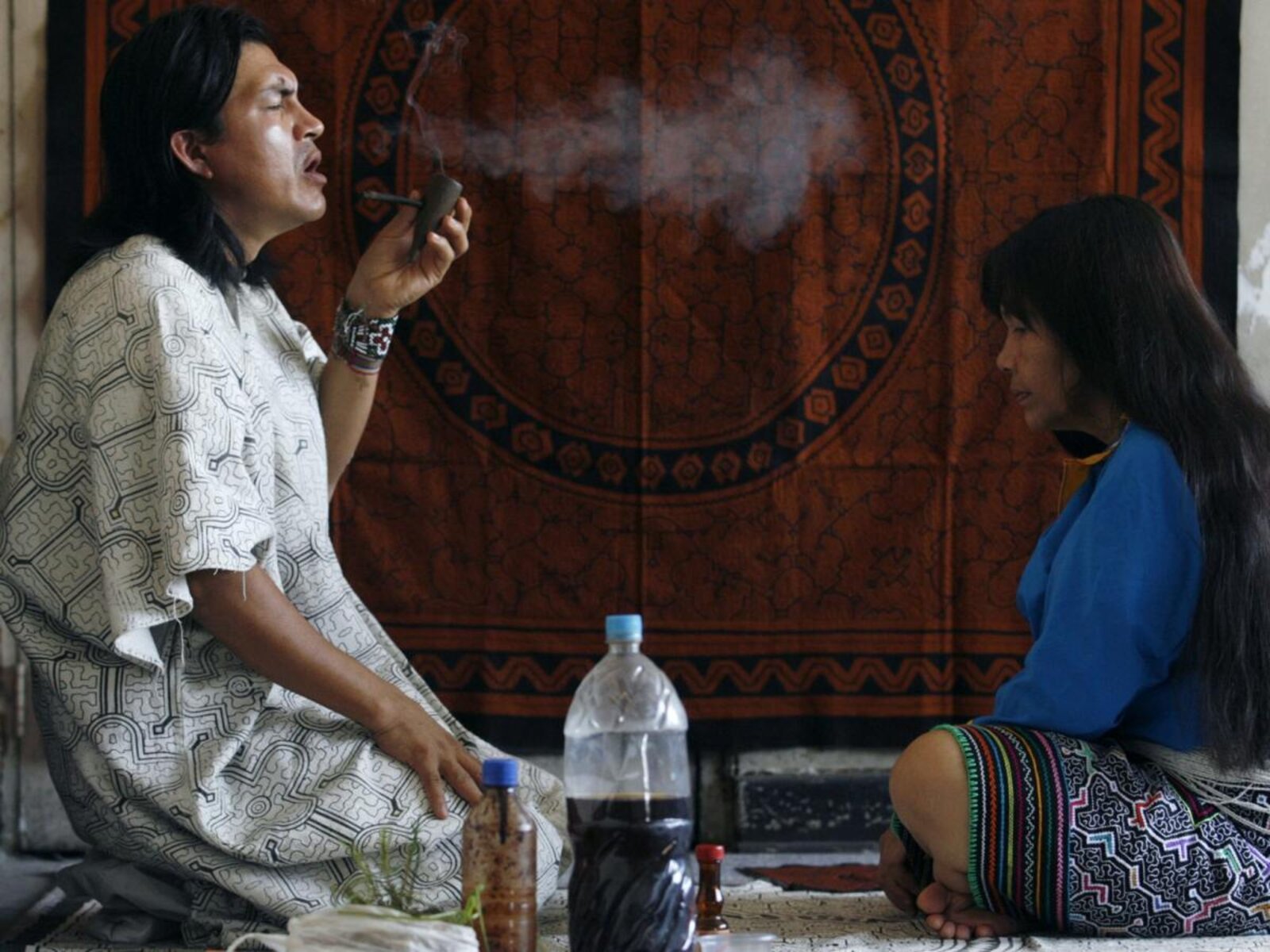 Where can you legally attend an ayahuasca ceremony?

Ayahuasca ceremonies are not for everyone. Many may be skeptical of the spiritual overtones of the entire experience, but let’s say you’re the type of person who thinks an ayahuasca trip sounds swell. Where can one legally get involved in one?

If you live in a place like the United States or the UK, you’re out of luck. Although ayahuasca itself is not illegal, a component in the drug is. Essentially, ayahuasca is made by blending a vine called Banisteriopsis caapi and a shrub called Psychotria Viridis. The shrub is the part that will spoil your fun or chance at spiritual healing.

Psychotria Viridis contains dimethyltryptamine, otherwise known as DMT, and the United States, UK, and other countries have banned this substance. DMT is an active ingredient that is often put in the same category as drugs like heroin and ecstasy. In these cases, ayahuasca ceremonies are a no-no, but there are places where ayahuasca has been legalized in a ceremonial setting. 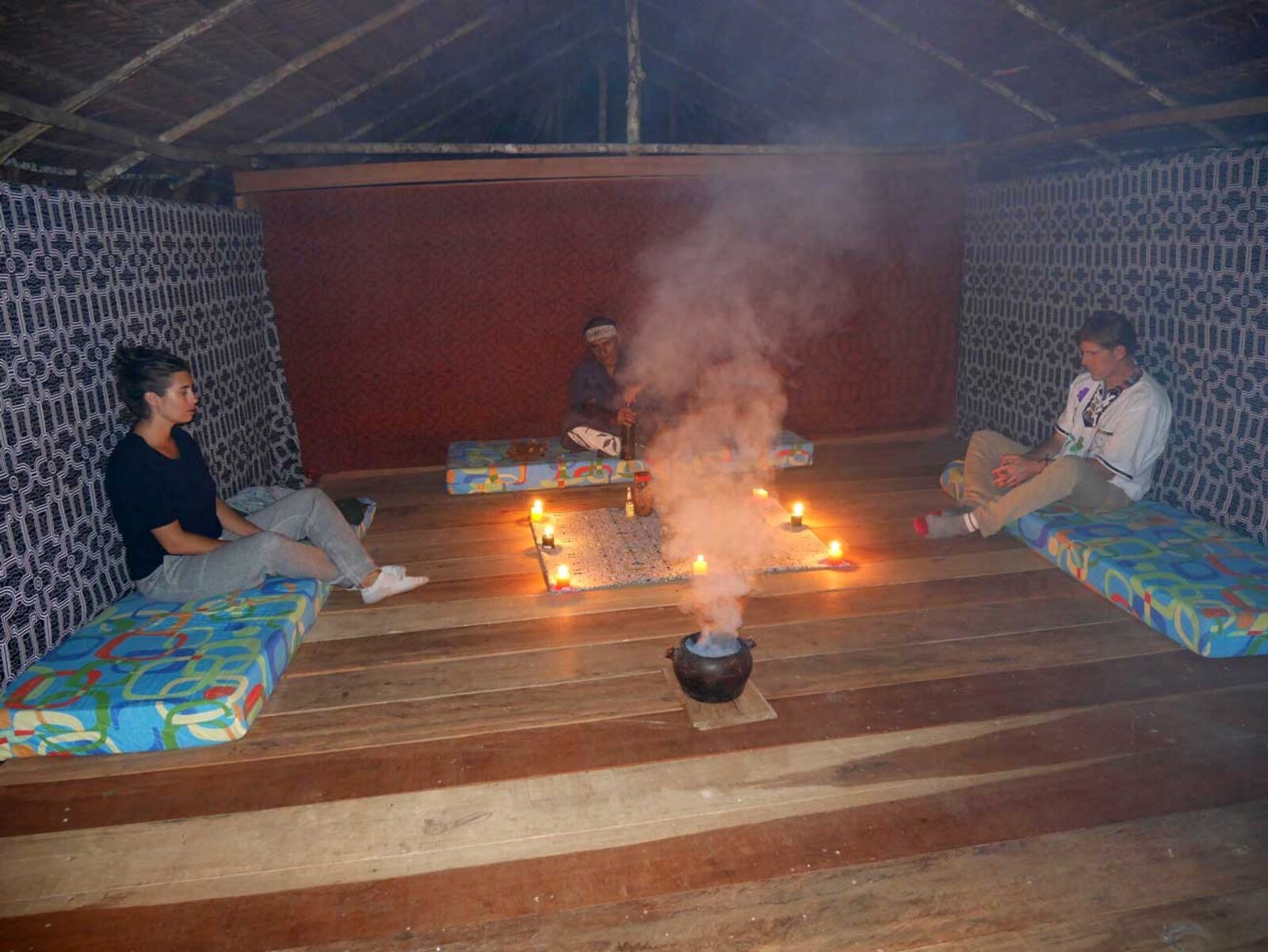 In Canada for instance, some religious groups have been given federal exemptions for churches who want to use ayahuasca in their ceremonies. As of right now, only six exemptions have been given out so it’s not exactly widespread, but legalization is spreading slowly, but surely.

Health Canada spokesperson Maryse Durette told VICE News that exemptions are only given after a “comprehensive assessment” ensures “risk of diversion and any other health risks” are minimized.” These churches are in places like Montreal, Quebec, Winnipeg, and Toronto. 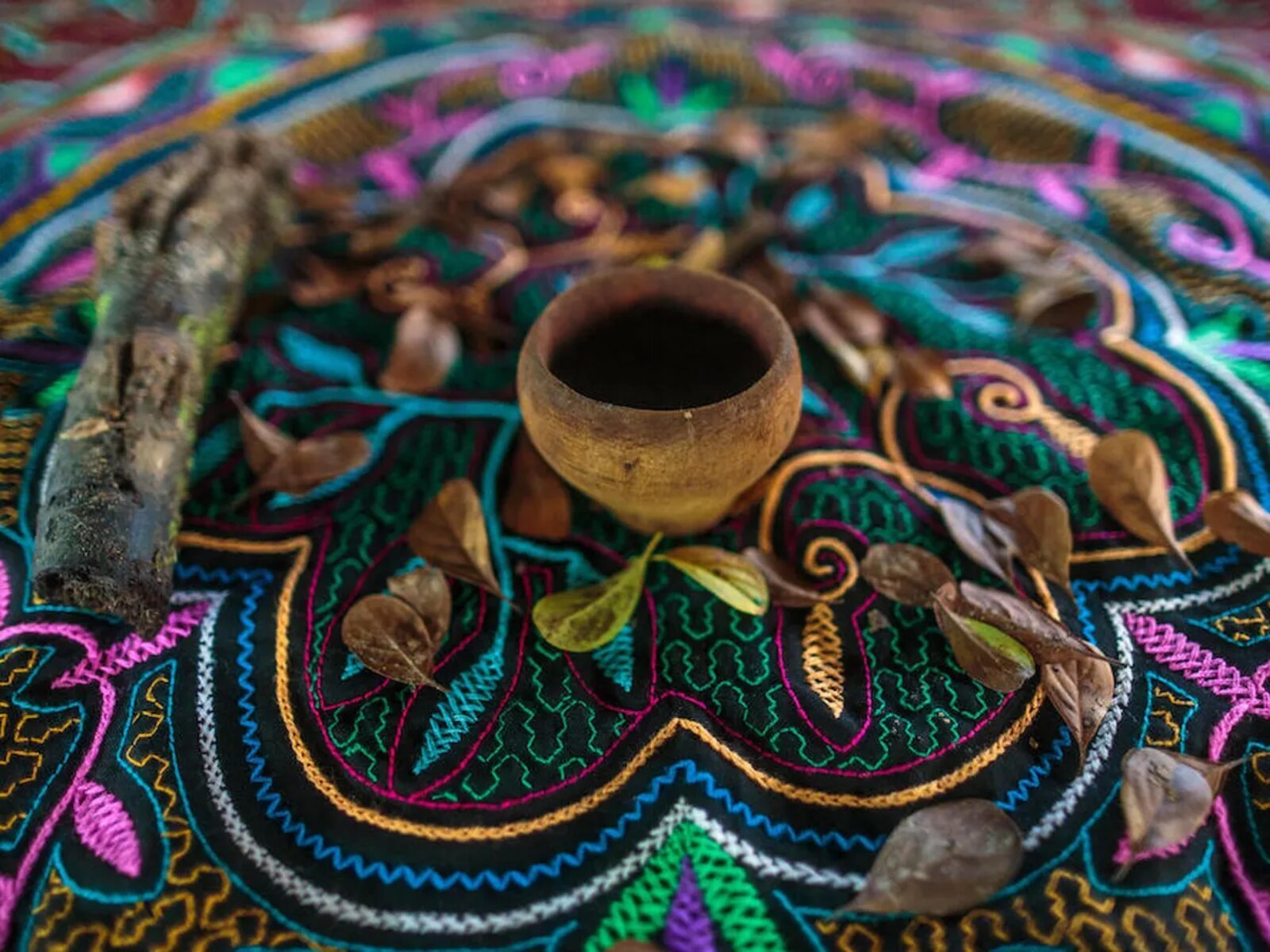 Groups that previously could not spread the “gospel of ayahuasca” are now able to set up ceremonial calendars and introduce new people to the experience. People interested in the expansion of drug policies see this as a win. The use of psychedelic medicine where drugs like ayahuasca and magic mushrooms would not normally be used is becoming more acceptable.

The other obvious place to experience an ayahuasca ceremony would be where the drug originates from: the jungles of Peru. Actually, you don’t even have to go deep into a rainforest to see a village shaman in order to obtain ayahuasca. The drug is sold openly in Peruvian markets, so it would be up to you to decide whether an ayahuasca ceremony sounds like a healthy experience or just plain crazy talk. 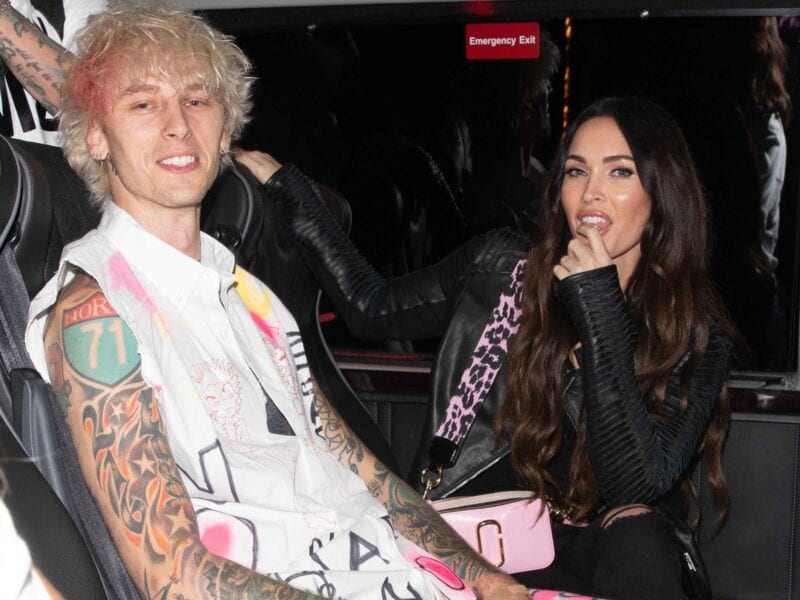