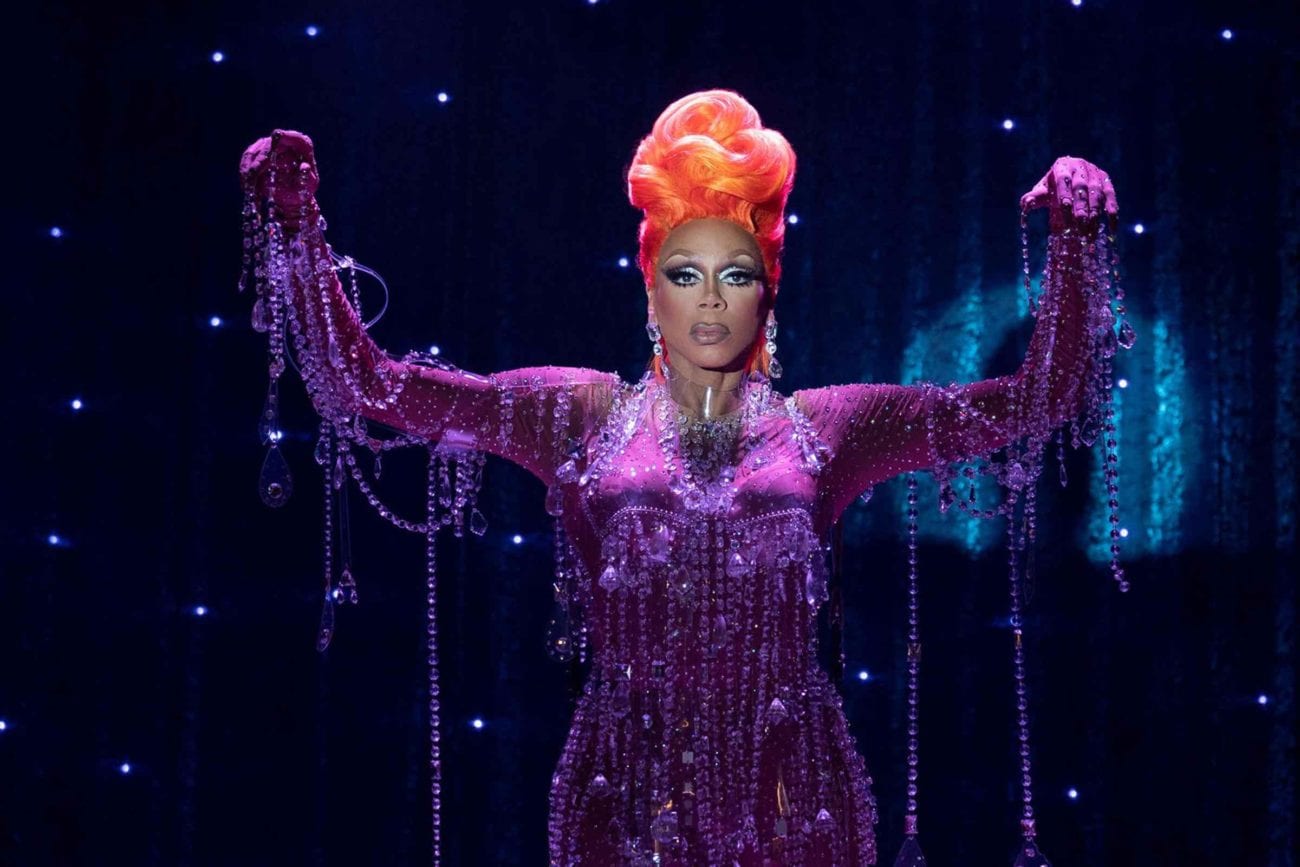 Mama Ru’s best routines in ‘AJ and the Queen’

Mama Ru has spent a lot of time teaching other queens how to look their best and lip-sync for their life. But of course, every queen has to show her subjects how it’s done at some point. For RuPaul, she took to Netflix to show her children what a queen really looks like thanks to AJ and the Queen.

RuPaul’s latest venture into more fictional work, AJ and the Queen has her starring as Ruby Red, an NYC queen who ends up down on her luck, driving cross-country in an RV. Along the way, she’s accompanied by a 10-year-old wisecracking orphan named AJ. While there’s a lot of charm with Ruby and AJ’s relationship, there’s one thing we have to talk about: Ruby’s performances.

When we say Mama Ru does not play, we mean it. Ruby’s routines are something else because clearly, RuPaul takes it to heart when she says “lip sync for your life” on Drag Race. No matter what arose in her path, Ruby put on the performance of a lifetime. We gotta talk about the best performances that gave RuPaul a chance to show why she’s easily on top. 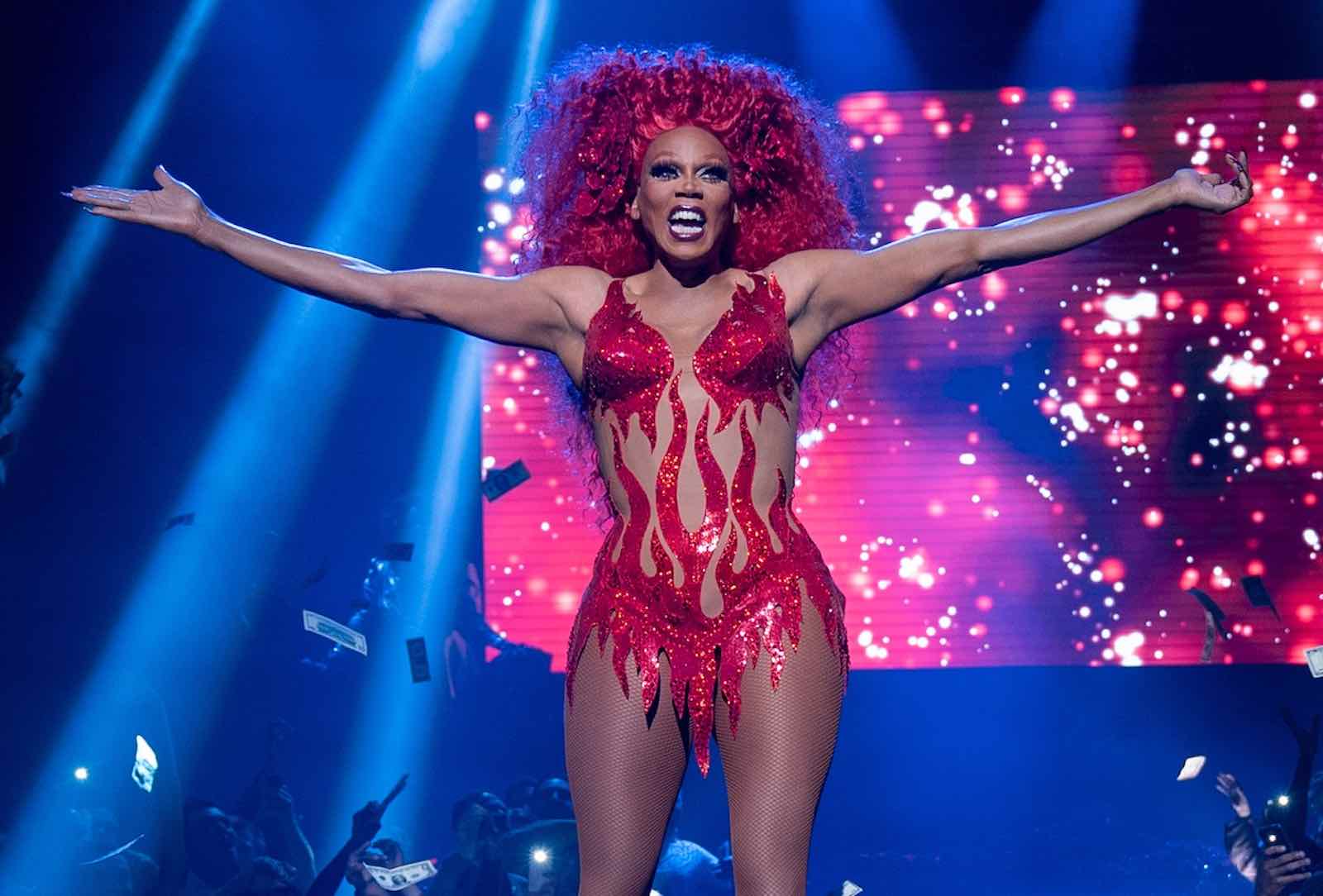 Considering our first time we see Ruby on stage is to a RuPaul original, that right there tells us everything we need to know. Ruby is on fire and at the top before she goes on her cross-country trip. Dressed in a skimpy dress designed to look like fire, Ruby really is red hot. 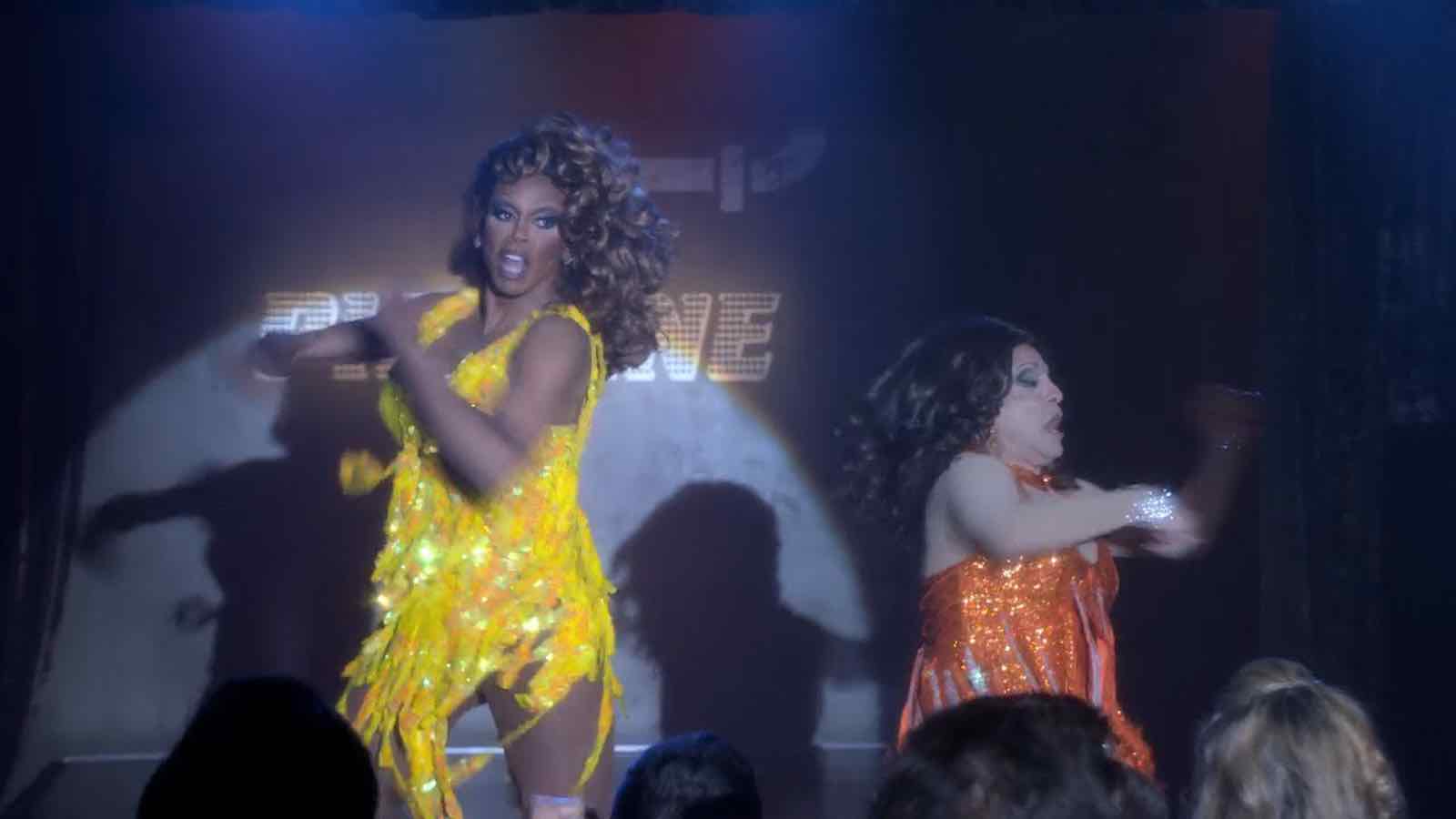 Who doesn’t love a good ol’ Tina-off? Ruby goes head to head with her rival Alma Joy (played fantastically by Mario Cantone) in a flashback, where the power of Tina literally causes the stage to fall apart. Plus we got what will easily be the most iconic line of the series, “Cher’s not white, Cher is everything!” 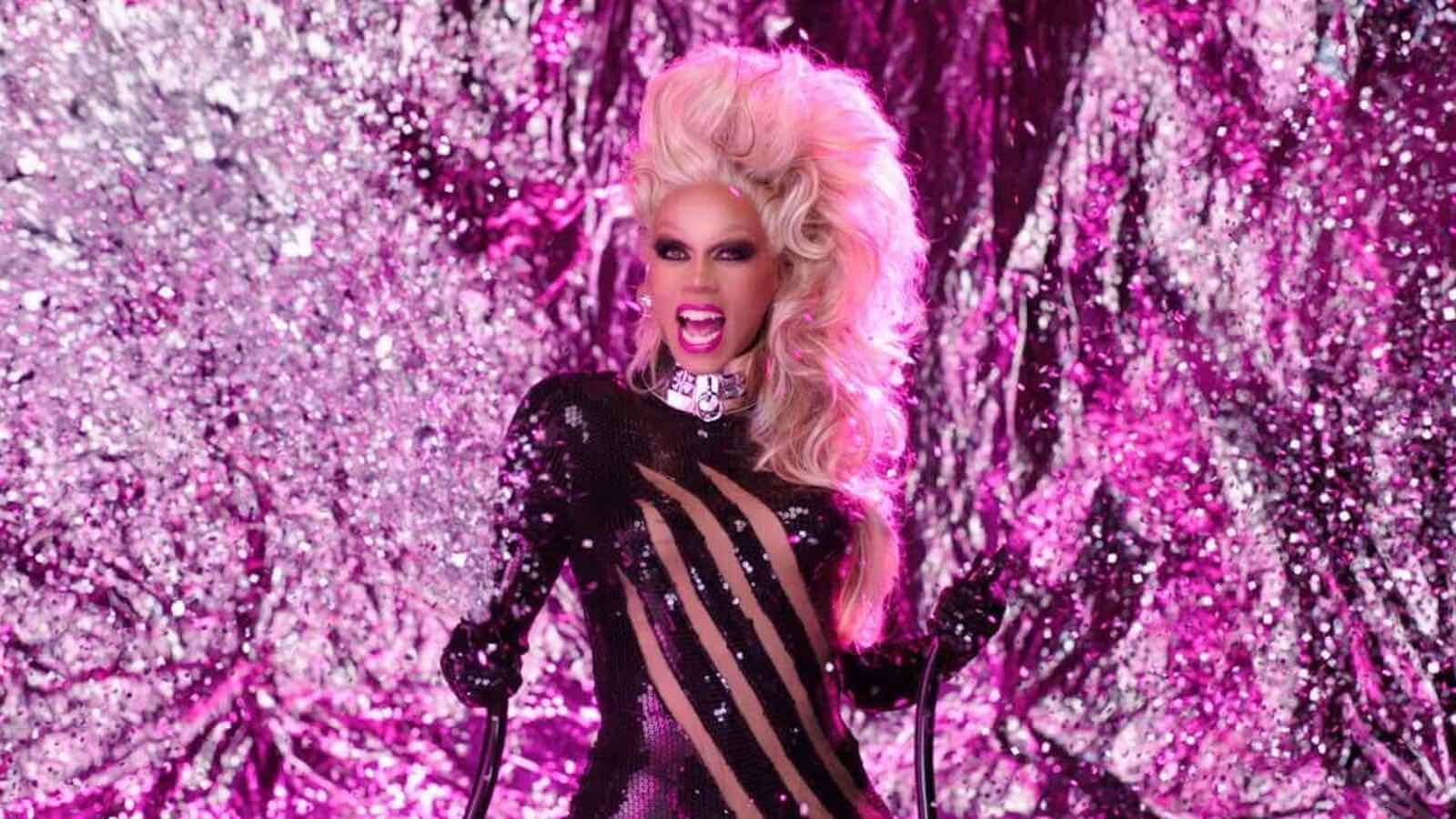 First Ruby gets involved in a wet t-shirt contest, and then she pulls out one-hit wonders Pretty Poison. According to creator Michael Patrick King, when they were writing this scene, Mama Ru just burst out singing “Catch Me, I’m Falling” in the writer’s room, and they knew it had to be included. 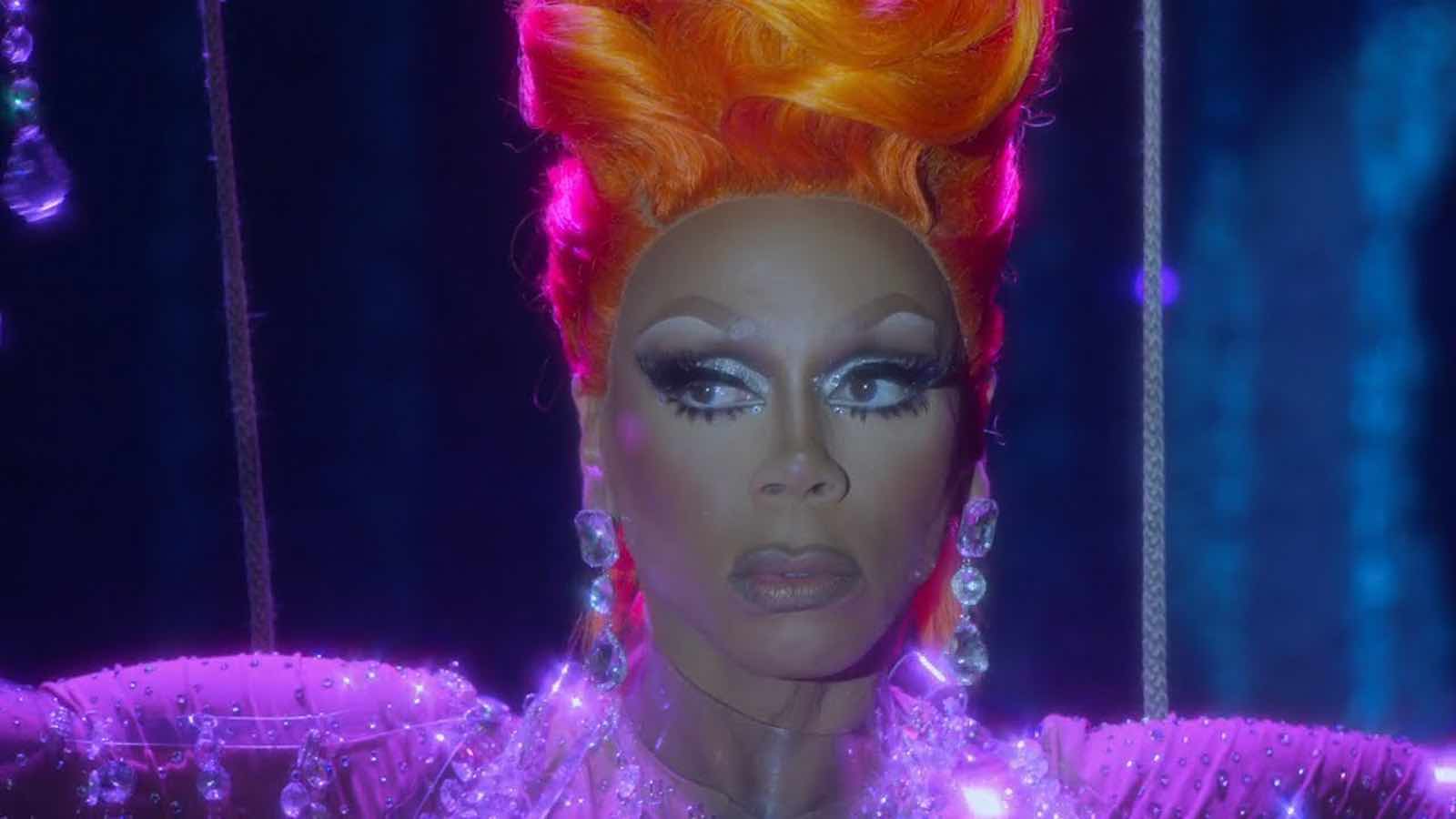 RuPaul becoming a human chandelier is not something we realized we needed until it happened. While her performance gets sabotaged by some jealous queens, Ruby still finds a way to shine bright in her diamond-studded outfit. Watching her fall flat on her face was a little bit funny though. 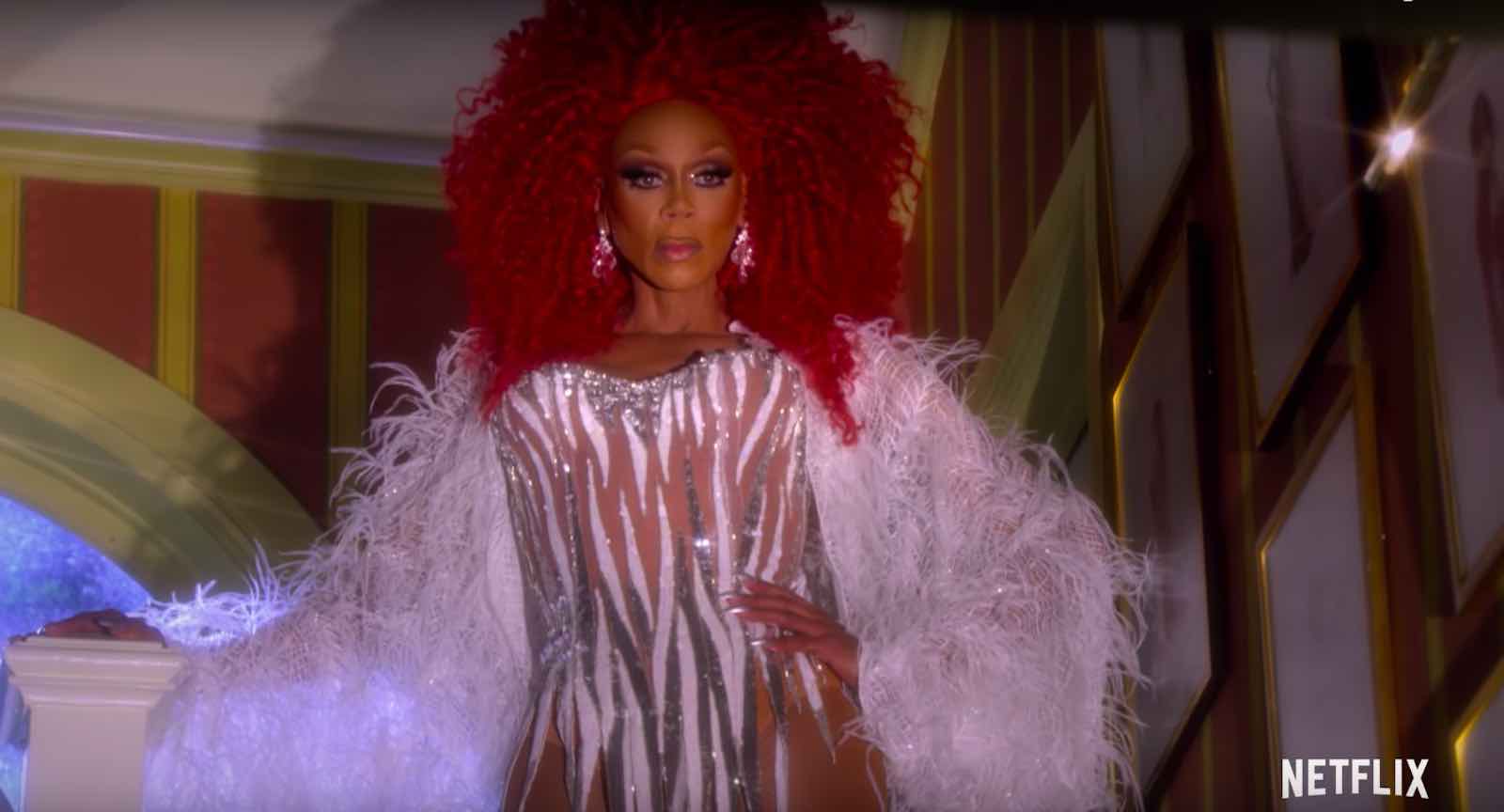 When a more traditional character actor gets to break outside their trend, it’s always fun to watch. Ru and King brought in Tim Bagley as a museum curator that ends up getting a bit buddy-buddy with Ruby. Watching him dance around in that sparkly suit that matches Ruby’s dress is just the right amount of crazy to love it. 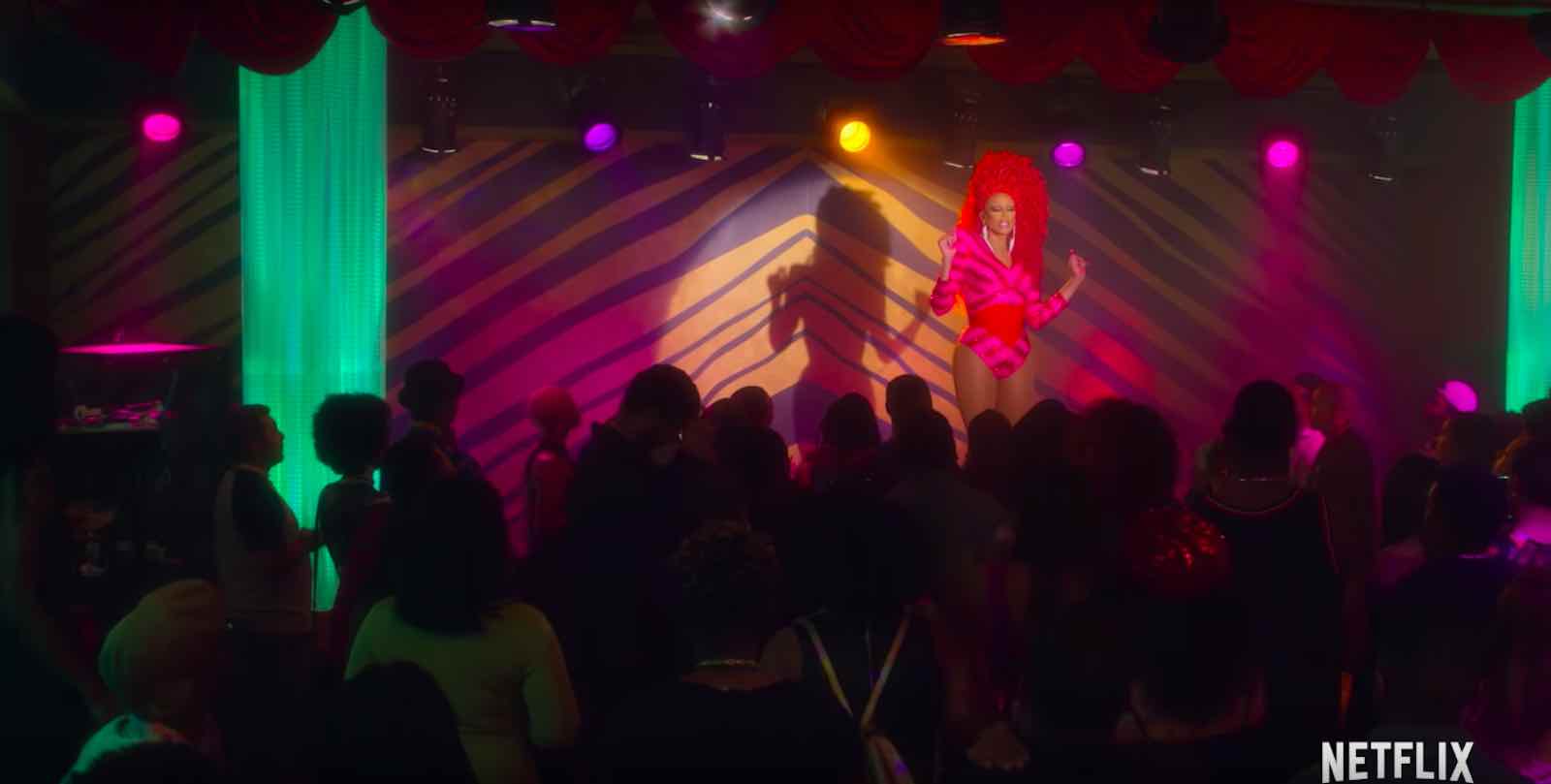 While the duet of “Endless Love” was a bit more comedic than genuine, Ru’s performance of “It’s Gonna Take a Miracle” had so much genuine heart to it. Up to this point, Ruby has been a hardass queen, but she takes this performance to finally open up and admit that she is capable of love, no matter what anyone else says. 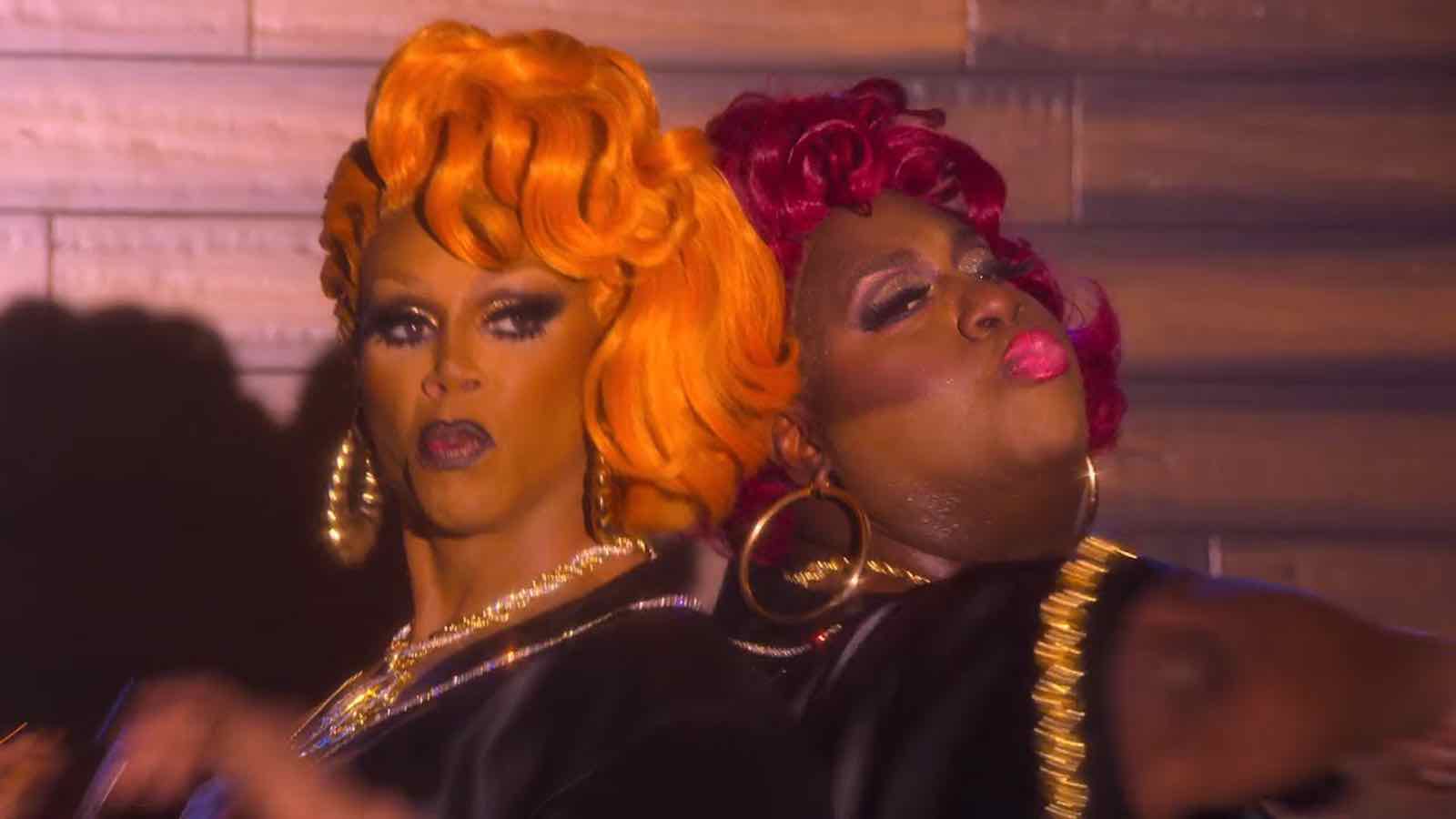 Now, this is easily the sickest performance on the show. Watching Ru and Drag Race royalty Latrice Royale take on the iconic rap duo, costumes and all, and kill it? We’ve truly been blessed by the definition of queens. 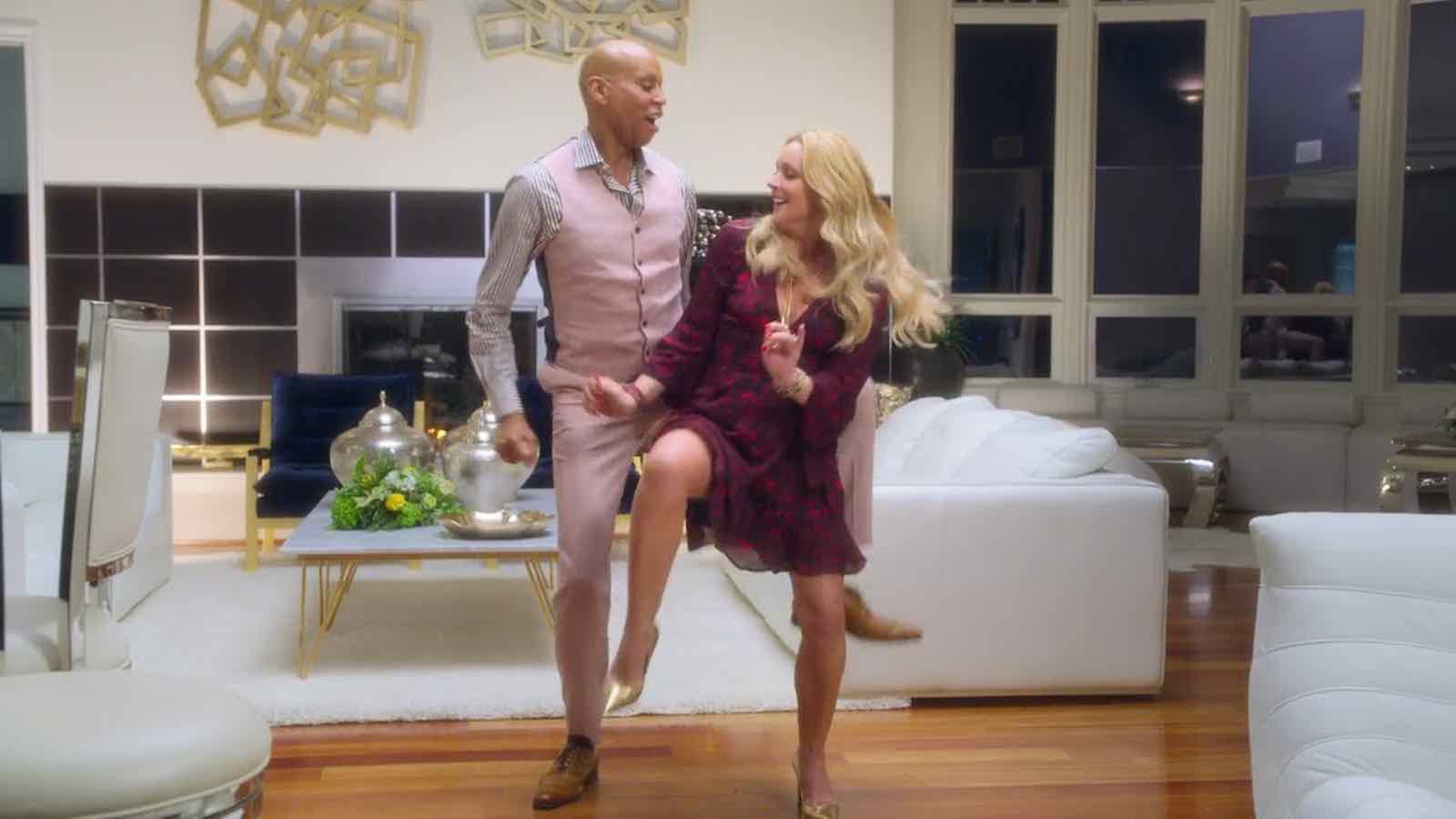 “Got to be Real” – Cheryl Lynn

No one expected Ru to step out of drag, and yet that’s exactly what he does here. Coming back in touch with one of his childhood friends (played by the hilarious Jane Krakowski), they put on the performances of a lifetime, even if it’s just for his friend’s husband. But the joy of two friends reuniting is so touching. 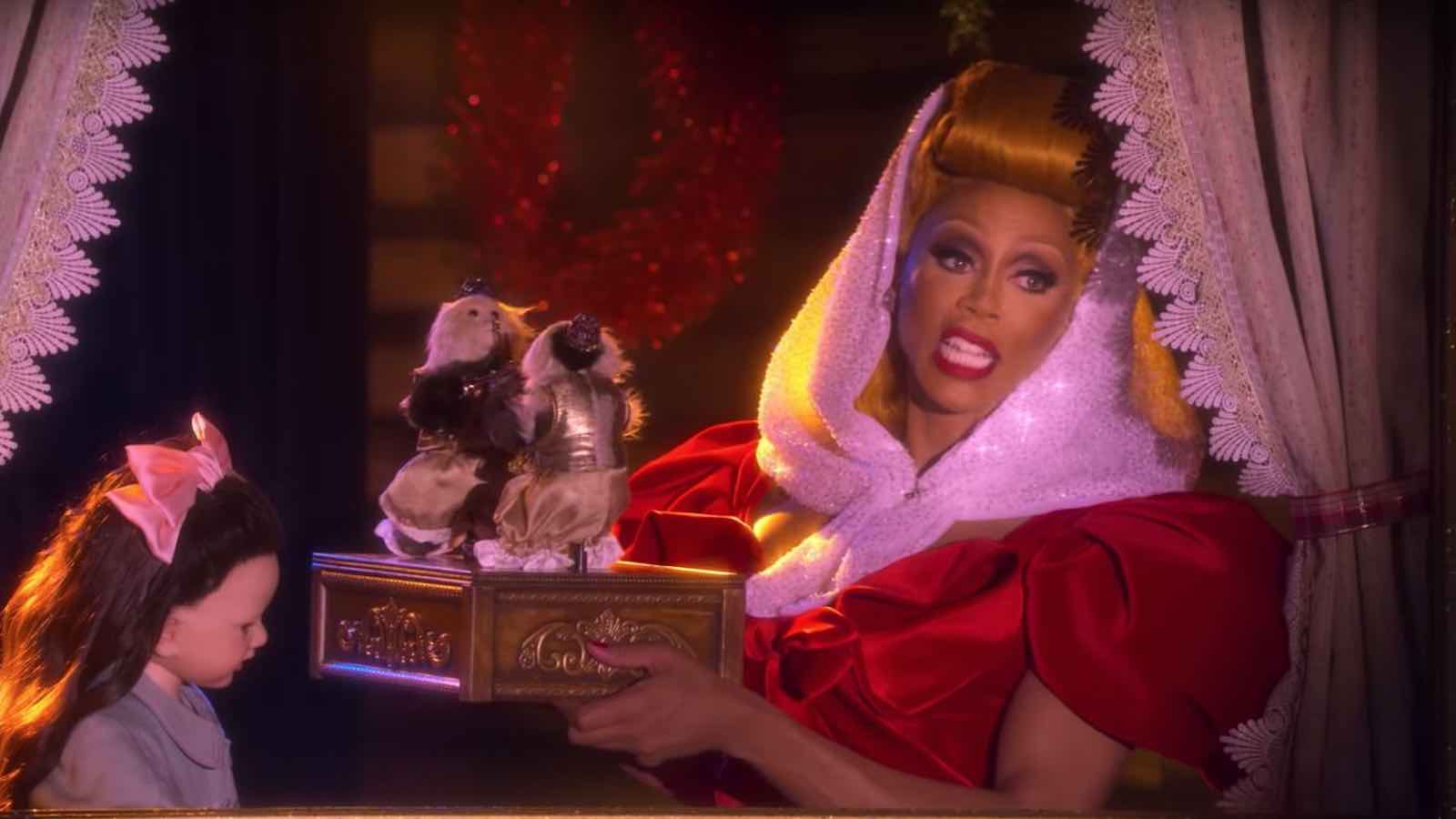 “Have Yourself a Merry Little Christmas” – Judy Garland

Again with the genuine performances! While so much of lip sync is about going for something crazy and putting on a show, sometimes the best performances come from being more genuine in your performance. With a full-on mini stage and toys, Ruby really goes hard to tell a story with this performance. 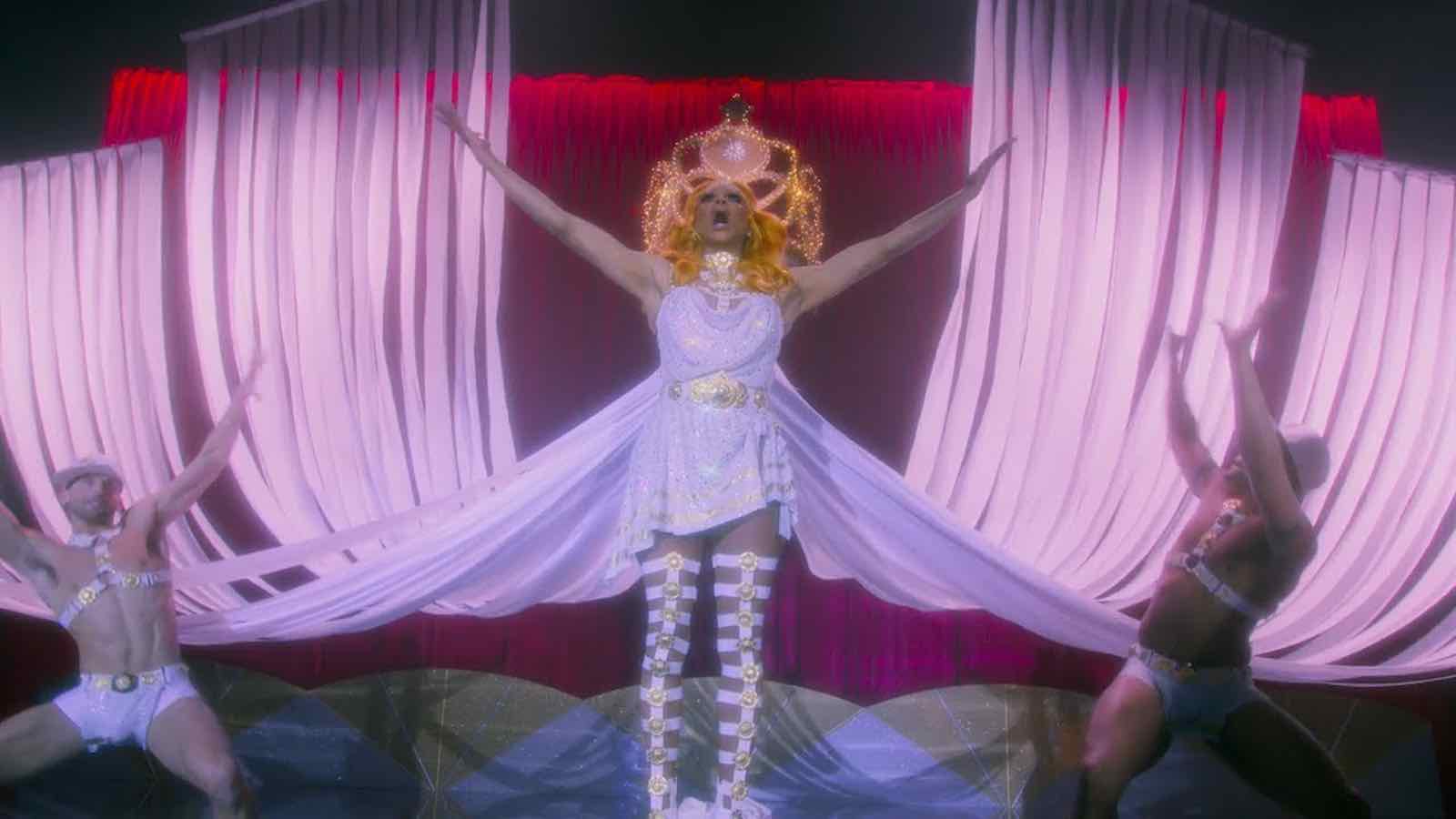 After watching Ru’s jaw-dropping performance in episode one, we were due for a good ol’ classic performance. There needed to be excessive amounts of glitter, crazy pyrotechnics, back-up dancers, and some crazy stunt. We got close with “Chandelier” but the performance we were waiting for was “Unspeakable Joy”.

AJ and the Queen is now streaming all of season one on Netflix.