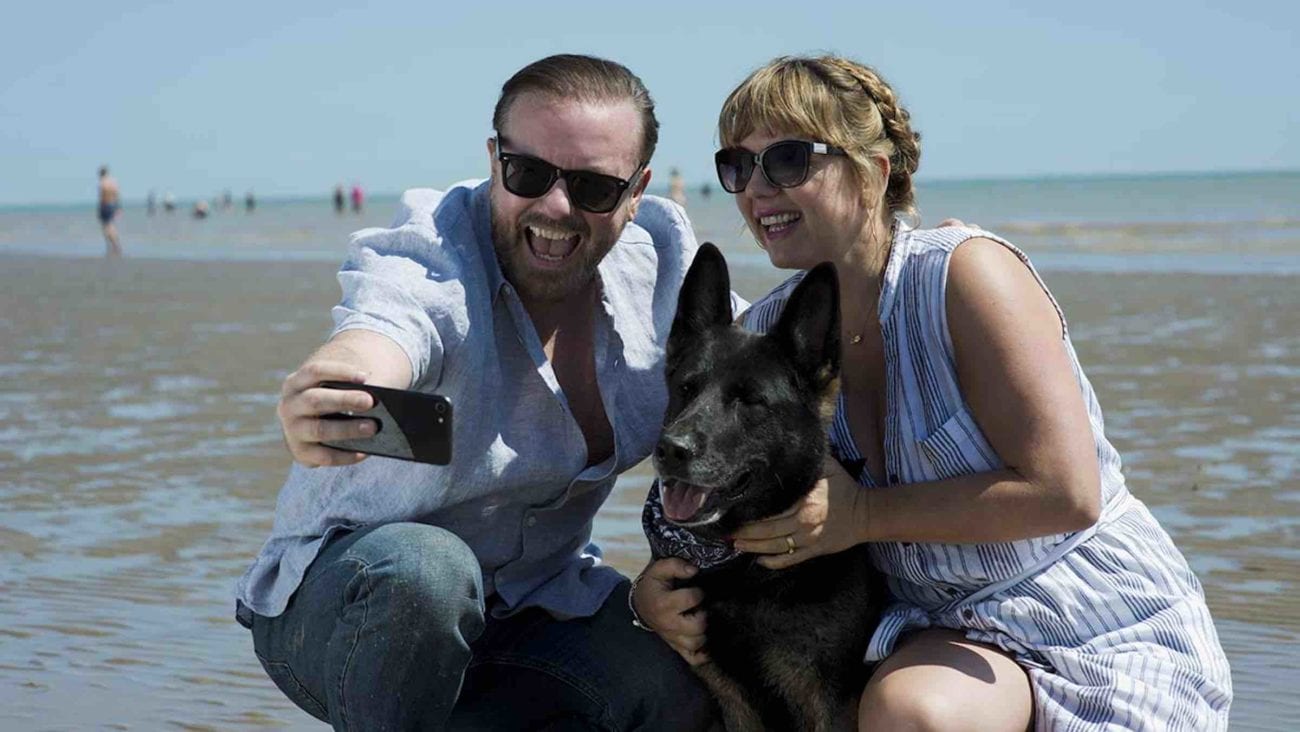 Netflix’s ‘After Life’: Everything we know about season 2

Ricky Gervais shocked everyone when his last step back into the sitcom world After Life turned out to be a success. While Gervais has been far from a failure in the past ten years, the majority of his comedy work was only working in the U.K., while not drawing an audience anywhere else. But Netflix gave the man a much needed platform and budget to expand.

After Life, the comedy about a man giving up on life after his wife’s death surrounded by people refusing to let him, showed Gervais in a new light. No wonder Netflix saw the success and decided to give After Life more time to play. Season two of the comedy series returns to the streaming giant April 24th, after a very successful first season.

By the end of season one, Tony (Ricky Gervais) was starting to actually be a decent human being. So where do we go from here? Not a whole lot has been revealed yet about season two besides some first look images, as well as the April release date. But let’s review season one and see if we can get an idea of what’s next. 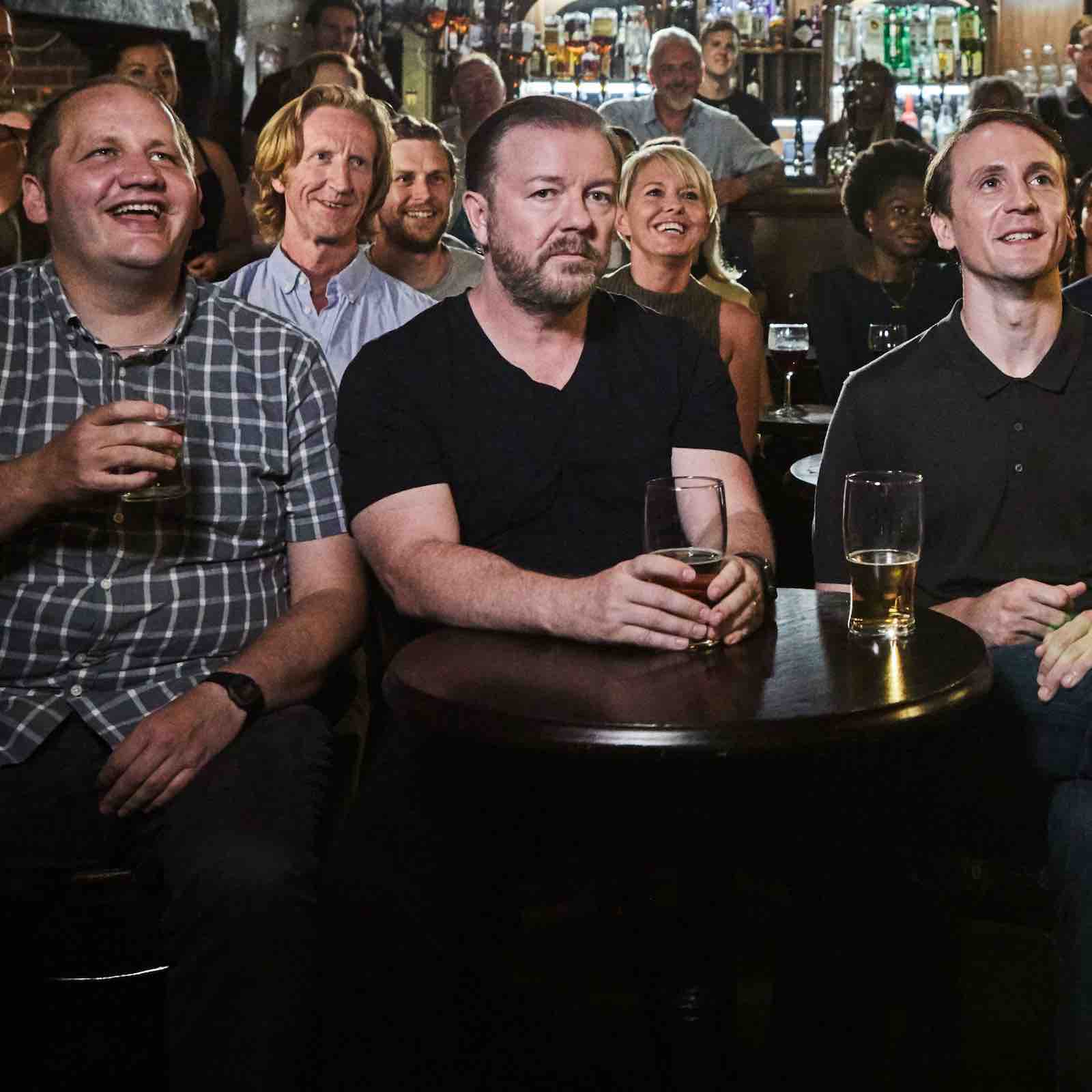 The Tambury Gazette is in hot water

Even throughout all the nonsense that happened in season one, somehow the paper Tony works for is still going. But rumor has it Tony, Matt, Sandy, and the rest of The Tambury Gazette staff are about to be unemployed. The description for season two of After Life has The Tambury Gazette dealing with the fact they may be getting shut down. 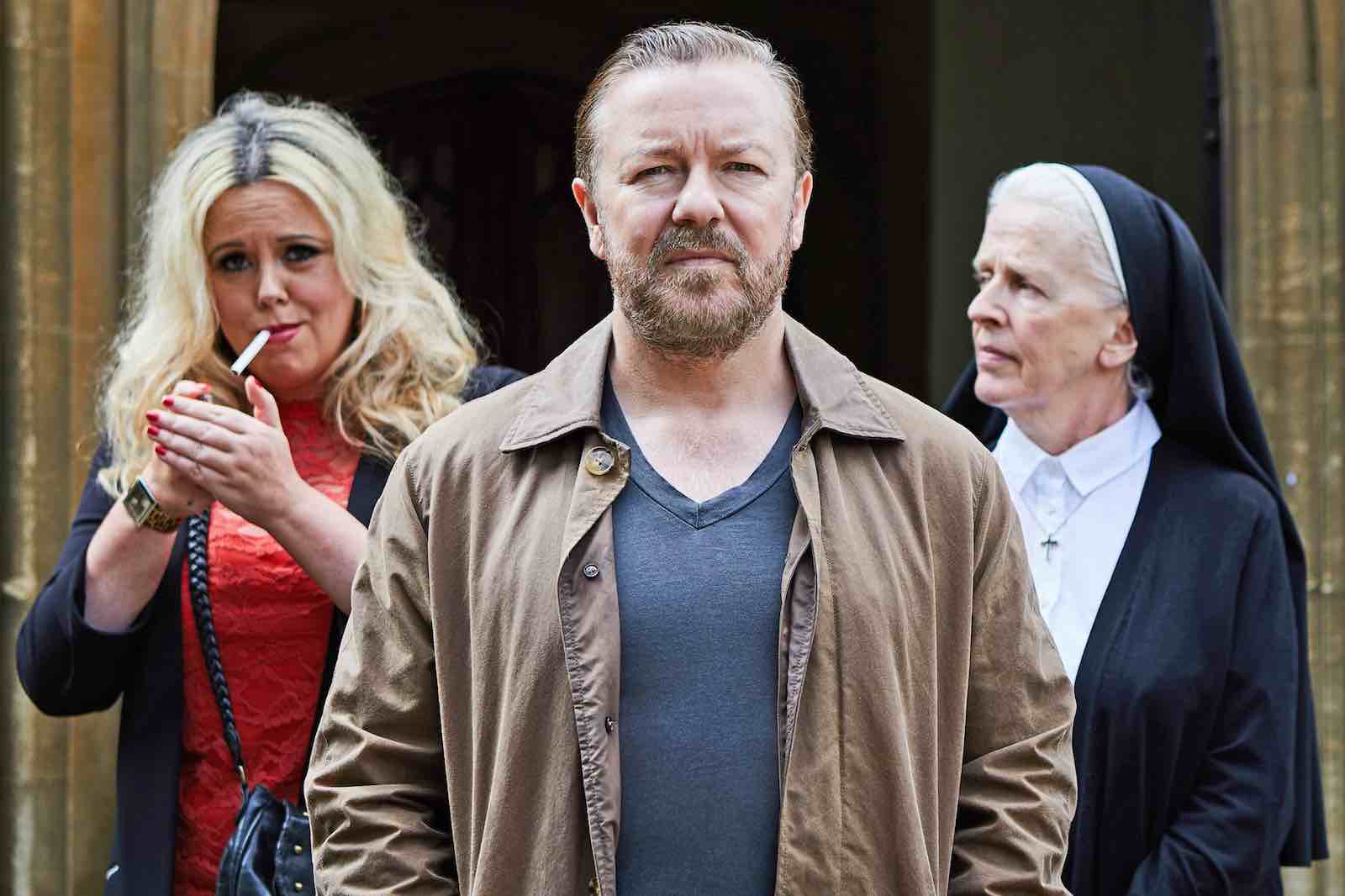 While nothing has hinted at this tragic death, it may just be the piece to keep After Life fresh. Part of Tony’s struggles after his wife’s death is his aging father Ray (David Bradley), who lives in a nursing home with dementia. While it was nice to see his relationship with his father, it also led to some romance from one of the nurses at the home.

What better way to add conflict emotionally and romantically then to have Tony lose his father? Besides, Tony is finally learning how to get out of his depression and not be such an arse. It makes sense he needs an obstacle in his way of becoming a better person. 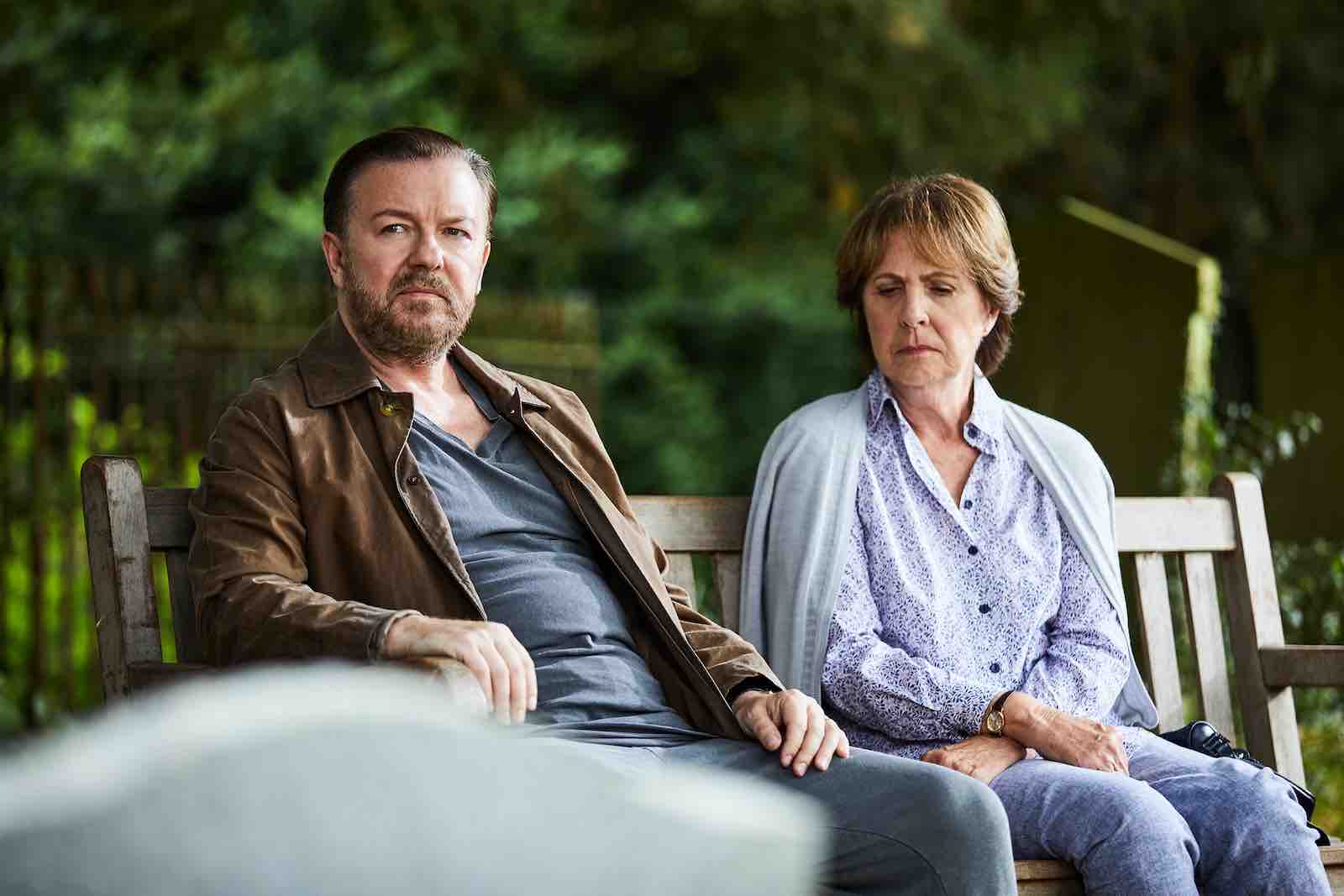 Sandy, Matt, and Lenny are all back to torment Tony

No casting changes have been announced, which means Tony is still stuck listening to Lenny (Tony Way), Sandy’s (Mandeep Dhillon) crushing optimism, and Matt’s (Tom Basden) patience and a giant heart. Tony will also get some love back in his heart from one of his dad’s nurses, Emma (Ashley Jensen), and maybe enough where he can feel comfortable being in another relationship. 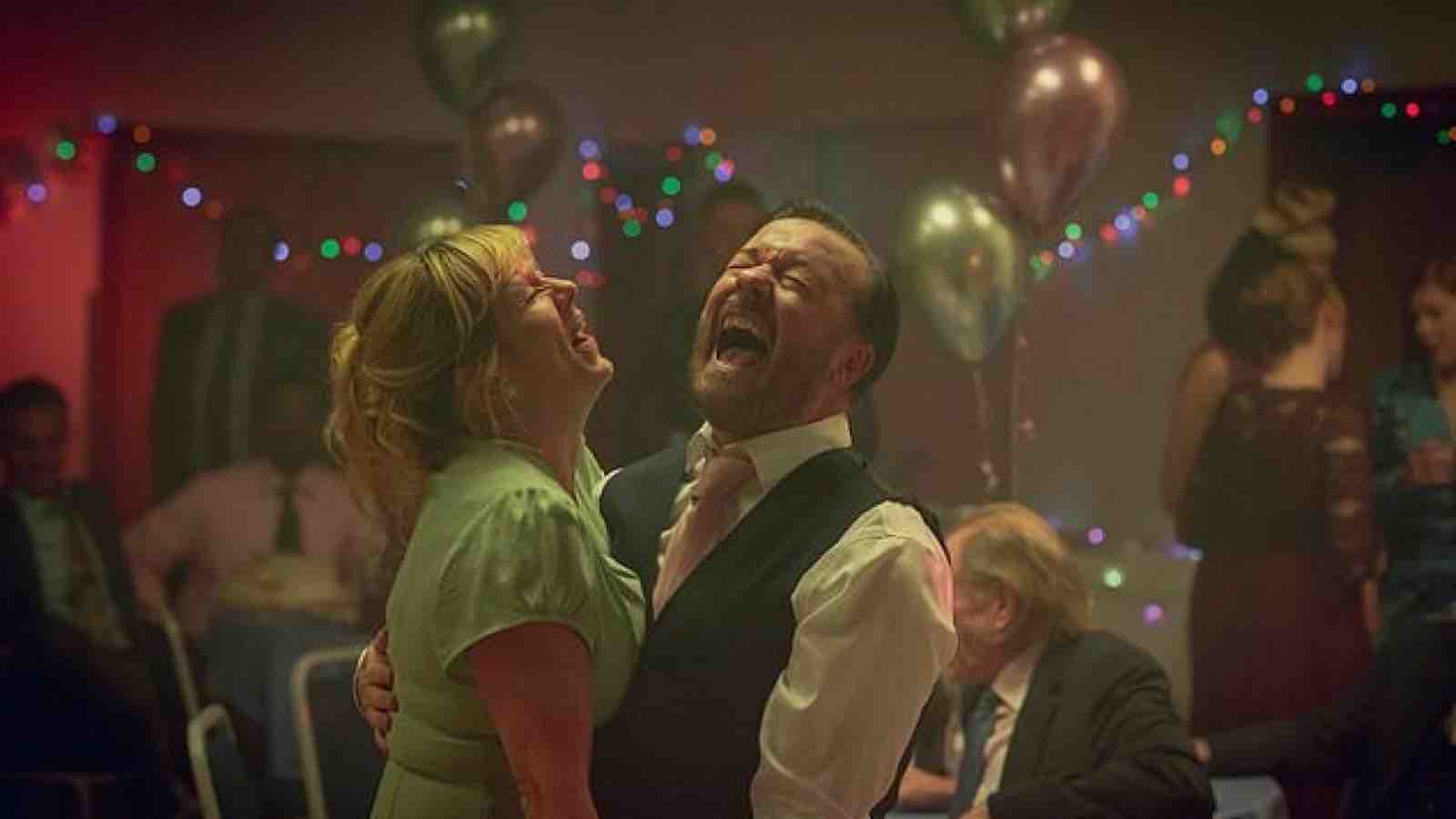 The most impressive thing about the first season is lead Ricky Gervais managed to direct, write, create, produce, and act in After Life. While Gervais is well known for being hands-on behind the camera in his projects, he’s never worn this many hats on a project. Yet, you can tell he put his heart into every corner of After Life, and it pays off greatly.

After Life returns for a six-episode sophomore season April 24th, exclusively on Netflix.