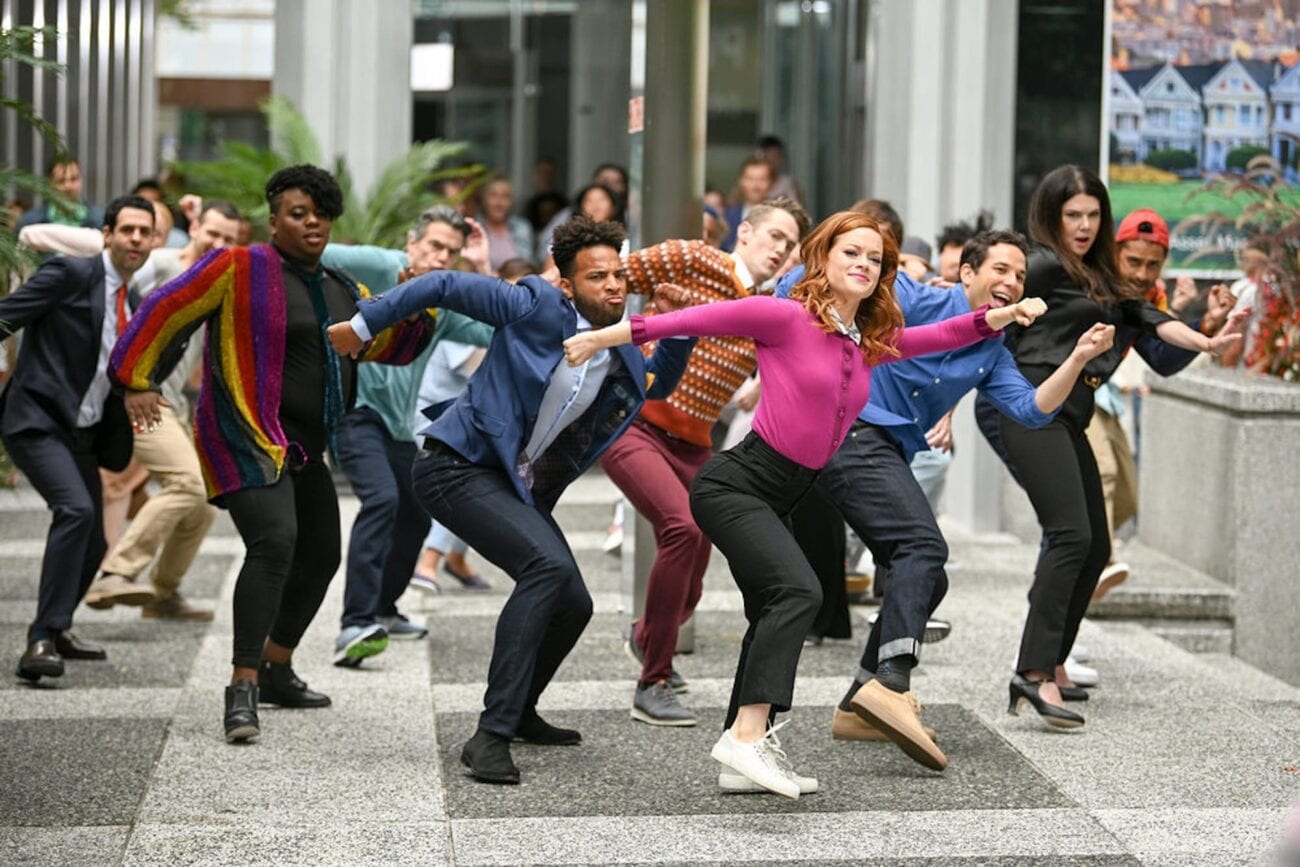 Zoey’s Extraordinary Playlist is back to grace our TV screens with its eccentric premise and entertaining musical performances. The series follows Zoey Clarke, an intelligent computer coder who can read people’s minds played by Jane Levy.

While the premise sounds like something straight out of a superhero romp, Zoey’s Extraordinary Playlist is a lively and somewhat intense musical dramedy, complete with sing-a-longs, dance numbers, and a masterful cast.

Filled with humorous aspects & fun musical numbers, season 1 of Zoey’s Extraordinary Playlist ended on a rather somber note. Now that the musical dramedy is set to return for season 2, we’ve rounded up all the best performances of season 1 to celebrate its comeback. 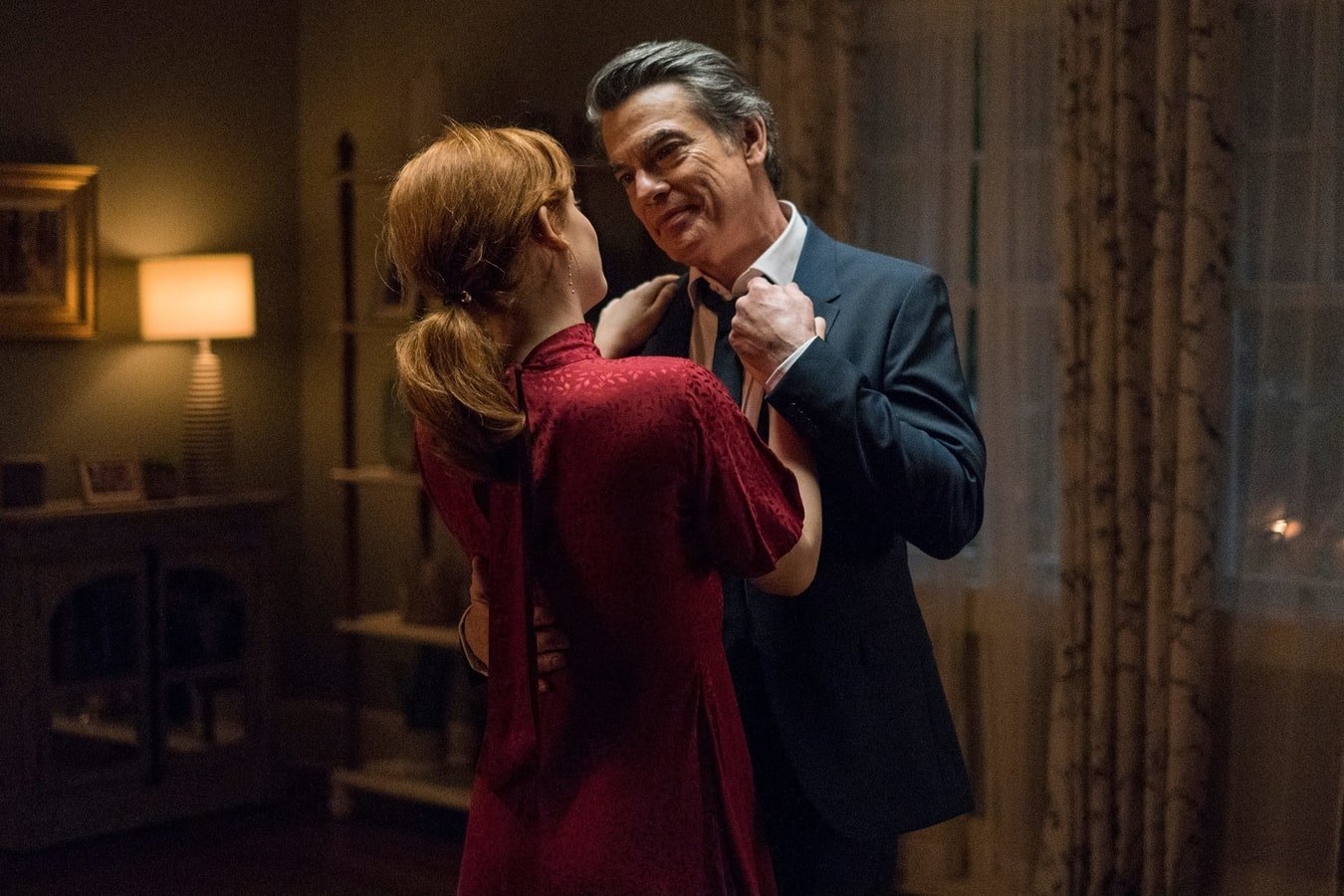 We were all crying during Zoey’s heartbreaking goodbye to her father, Mitch, where they share an emotional, dream-like sequence dancing to Cyndi Lauper’s “True Colors”, so the first episode’s performance still deserves a special mention.

In the pilot episode, Mitch, who’s played by Broadway veteran Peter Gallagher, shocks Zoey with a cover of “True Colors”. The performance plays out when Zoey reconnects with her father for the first time in months. Keep the Kleenex close at hand while watching this rendition. 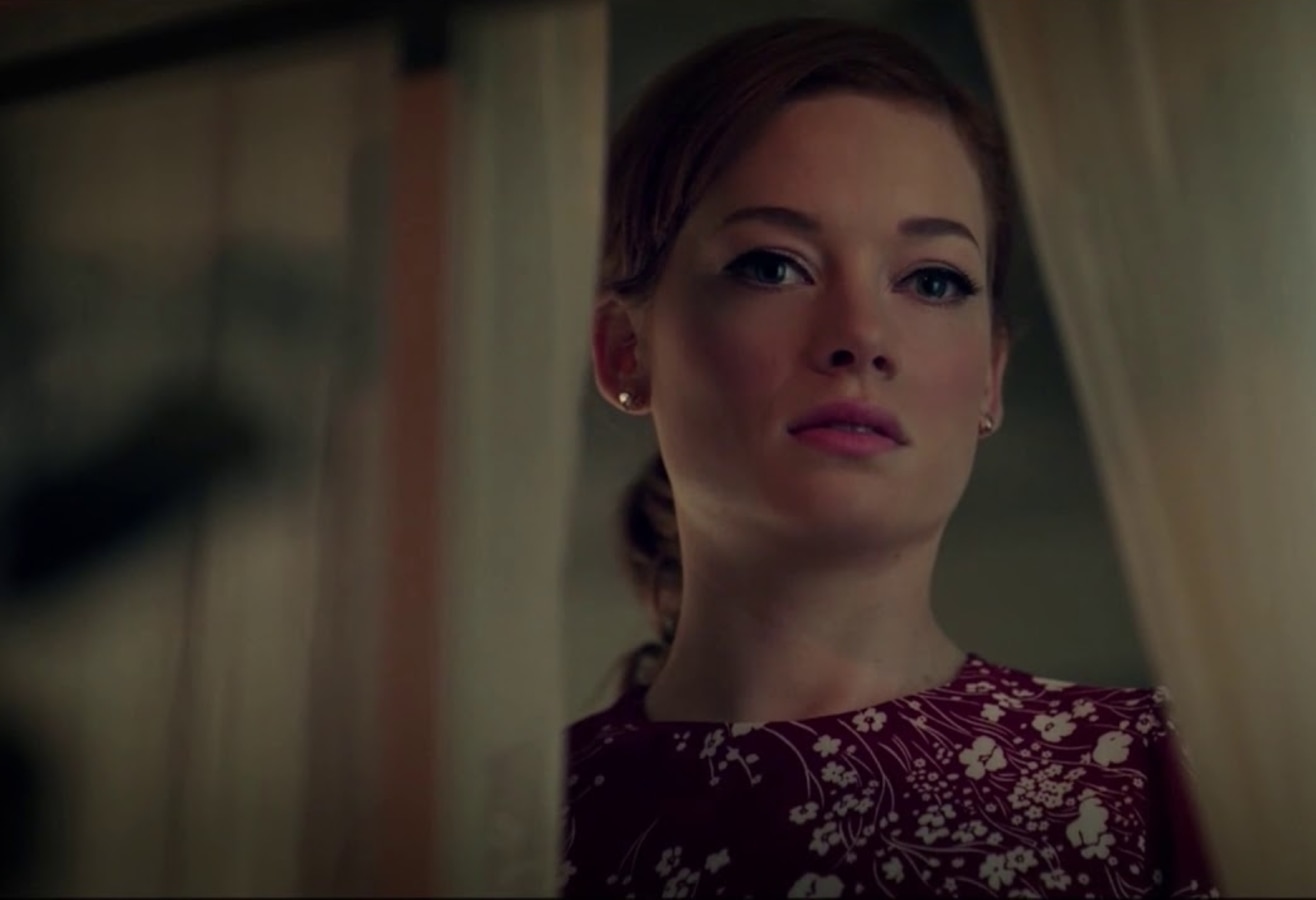 “I’m Gonna Be (500 Miles)” by The Proclaimers is a song that Max Richman sings to Zoey. Max serenades Zoey with the ballad as he goes out of his way to make sure Zoey reaches home safely despite her drunk, panicked state in the sixth episode of Zoey’s Extraordinary Playlist.

The song is performed by another fine cast member Skylar Astin who plays the role of Max Richman, best friend & former co-worker of Zoey Clarke. 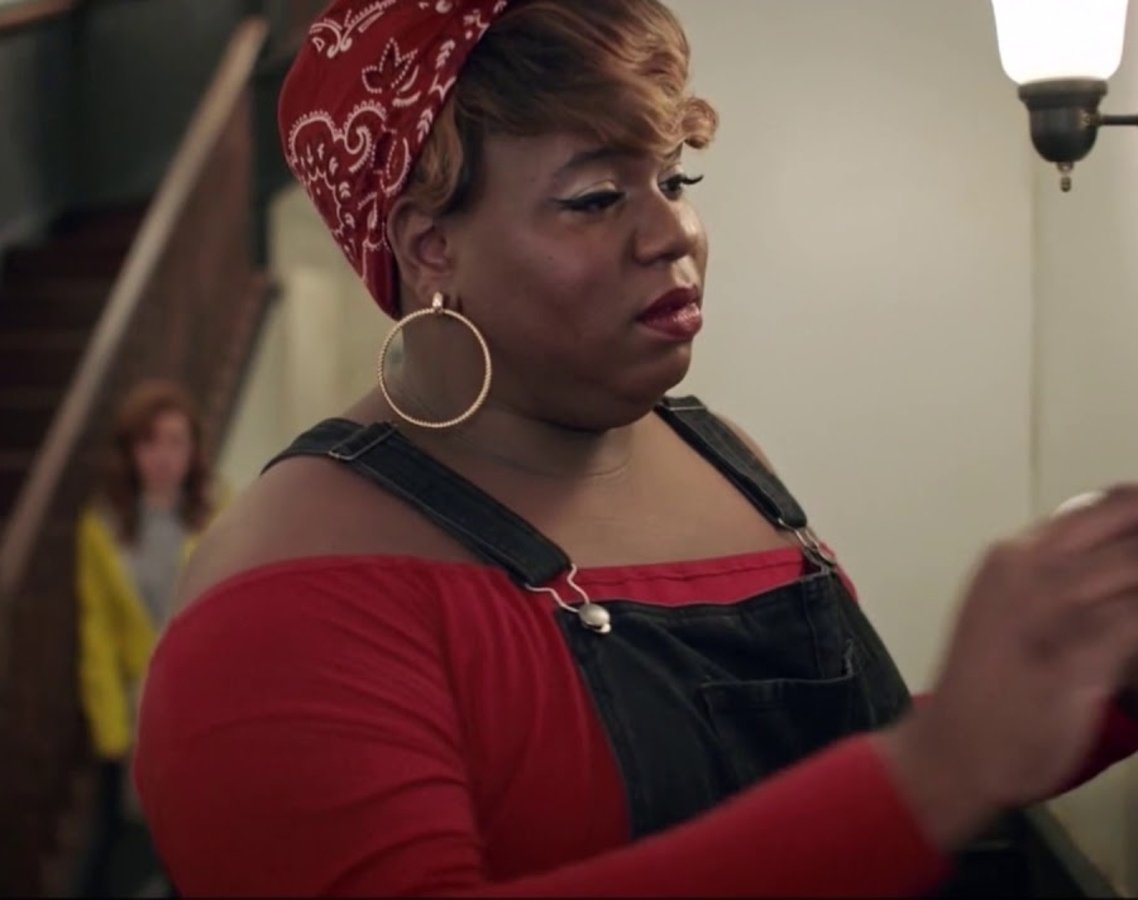 Alex Newell’s gender-fluid Mo is undoubtedly a fan favorite from the show. Mo’s cover of “The Great Pretender” by The Platters comes in the fourth episode of Zoey’s Extraordinary Playlist as he tries to illustrate his struggles with gender identity.

While most of the time Mo appears to be very confident on the show, there are times when he fears facing discrimination. As it is, Zoey finds out that Mo does not feel comfortable presenting as a female at the church. 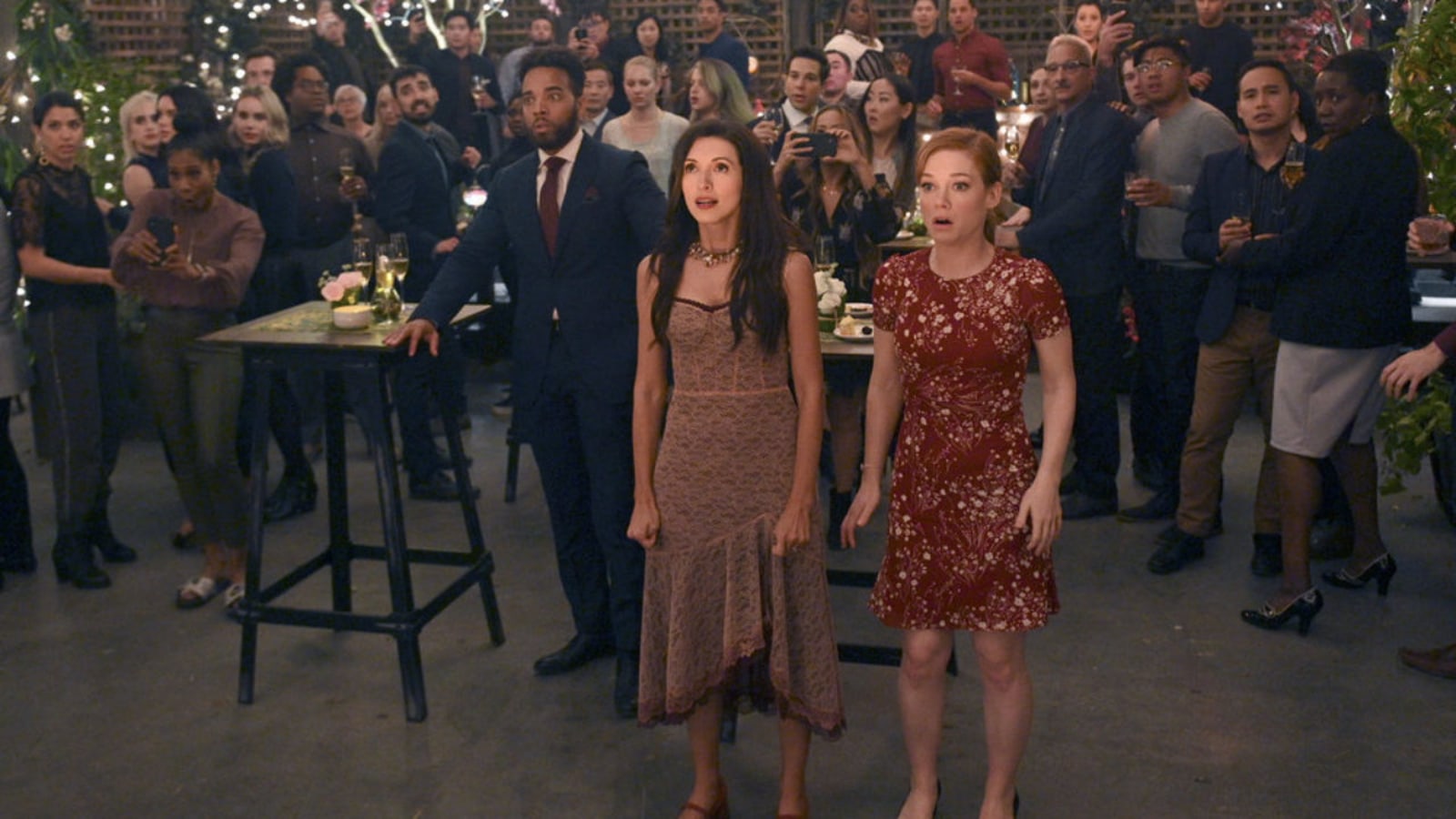 Joan Bennett, Zoey’s boss, breaks into her rendition of Kesha’s “Tik Tok” after she invites Zoey to a quiet night out together. However, the quiet get-together turns into a full-blown chaotic party as Joan takes the center stage on the bar and performs the high-energy dance number while a nonplussed Zoey watches. Joan Bennett is played by Gilmore Girls Lauren Graham. 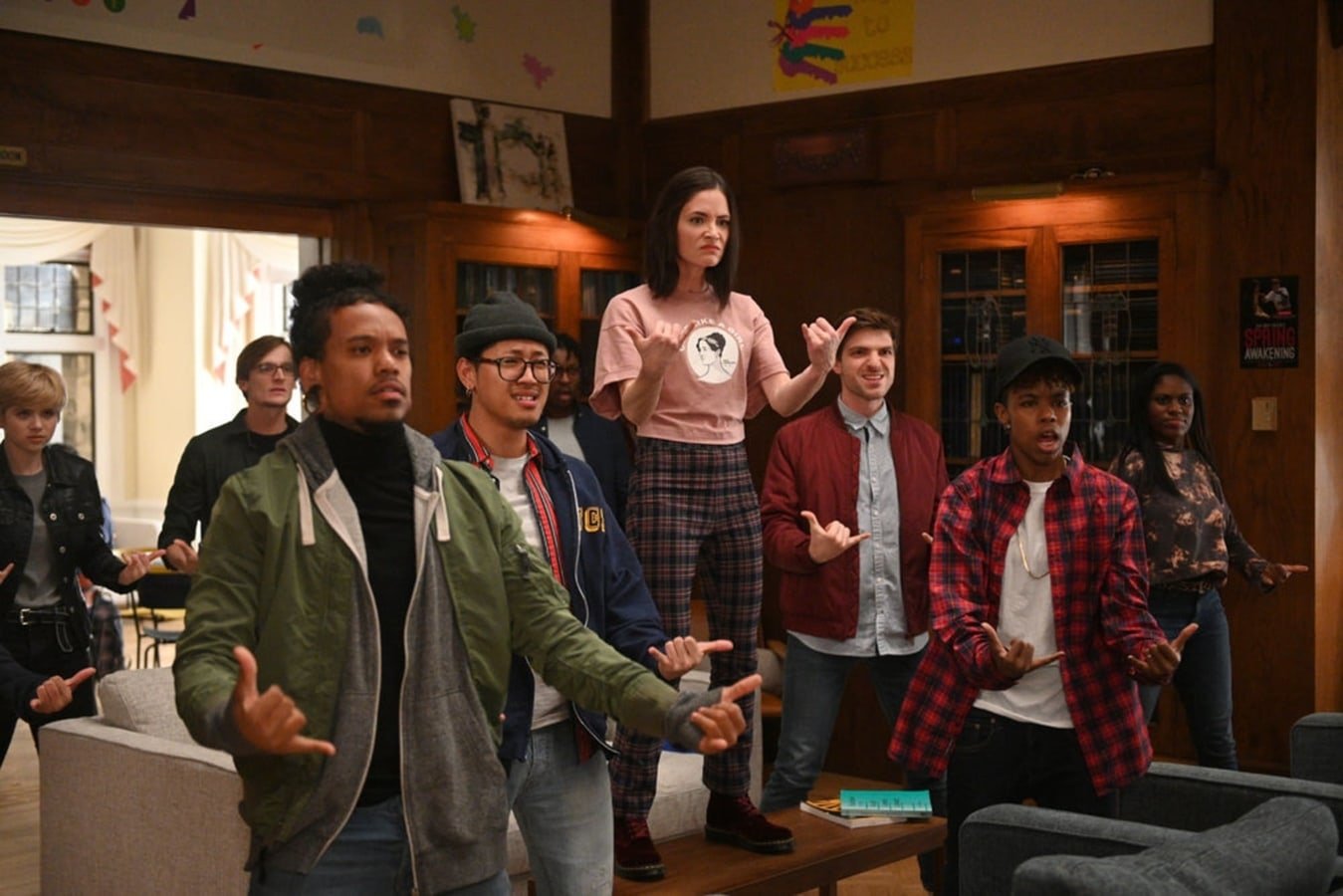 In the ninth episode of season 1 of Zoey’s Extraordinary Playlist, Howie’s daughter Abigail & Deaf West perform a tear-jerking rendition of the “Fight Song” by Rachel Platten.

Though Abigail is deaf, she wants to take up an out-of-country project, but her father refuses to let her. She performs the song entirely through sign language and depicts her defiance for her father’s overprotectiveness. Abigail leaves in anger after the performance. The performance combines American Sign Language (ASL) with a moving choreography sure to make a place in your heart for years to come. 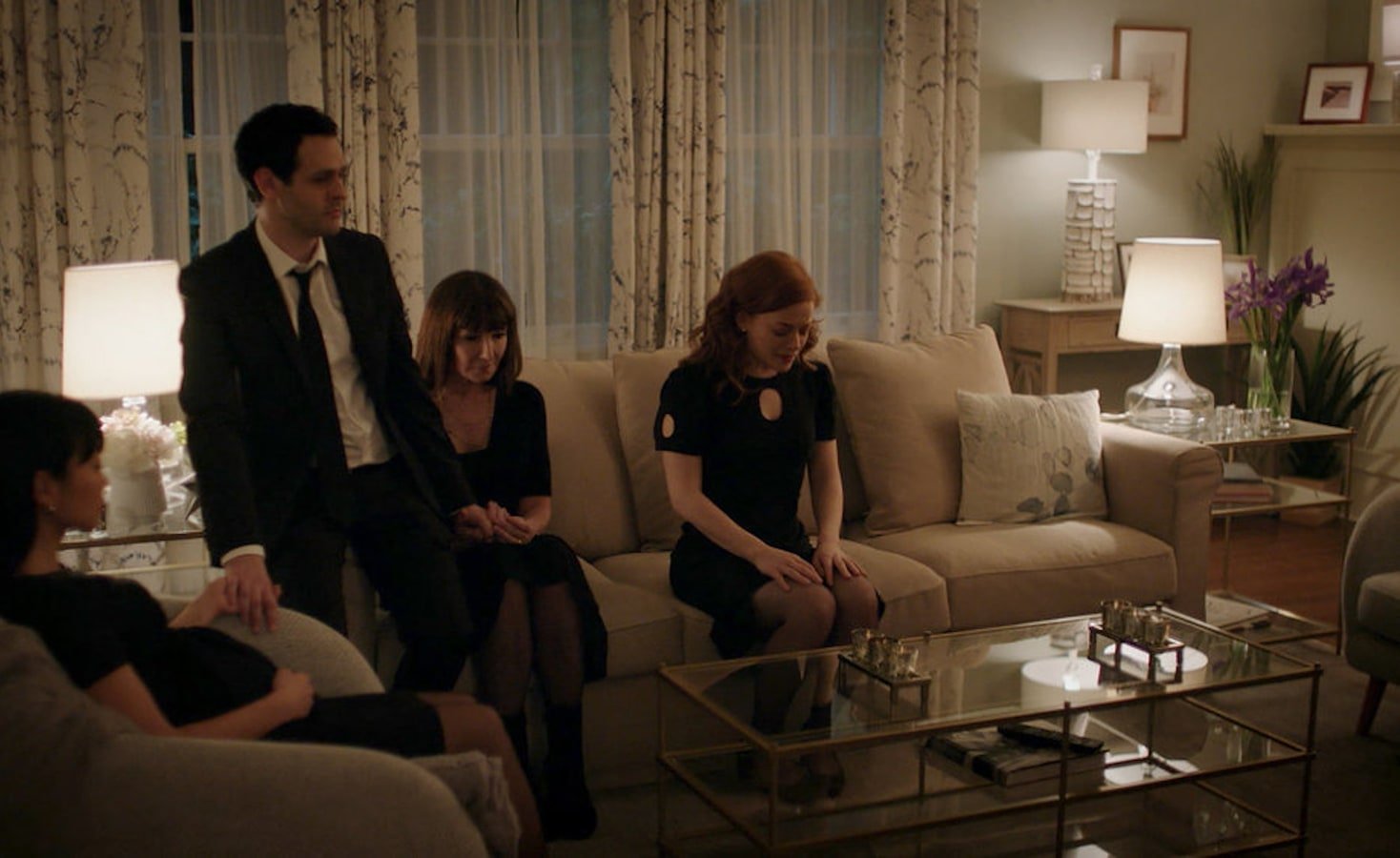 “American Pie” is the final performance of the season and features almost all the main cast members. After her father dies, Zoey and her close-knit group of friends & family cover American Pie by Don McLean as a farewell to Mitch.

The performance is marvelously executed with each stanza holding meaning to the character who sings it. The performance starts with the family walking up to the house for Mitch’s wake and ends with them sitting in the living room, without Mitch.

What do you think of our picks? Are you excited for the next season of Zoey’s Extraordinary Playlist? Let us know in the comments.