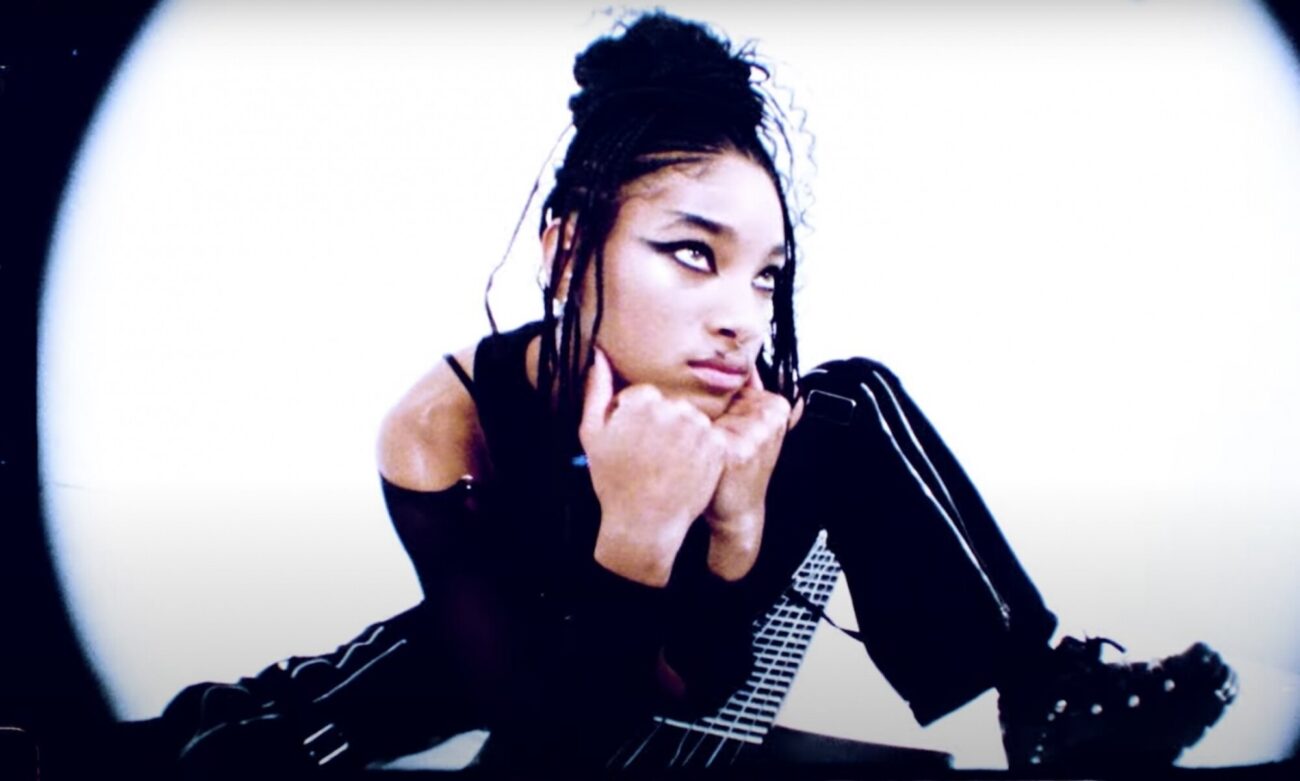 Wait a Minute, is Willow Smith returning to music? See her new project

“Wait a Minute” everybody, Willow Smith is back and better than ever! Whether you know her as being an iconic Smith family member, or through her music ever since her “Whip My Hair” days, then you should know just how talented this star is. If you’ve long forgotten just how iconic she is though, she’s here to remind you with her brand new single “Transparent Soul” just what she’s all about.

Willow Smith is bringing pop punk back with her guitar-heavy new single “Transparent Soul” that features pop punk icon & drummer Travis Barker from Blink-182. From the very beginning, you can tell that Willow Smith is heading for a new direction far different from songs such as “Wait a Minute”. “Transparent Soul” begins with a bang, with a loud from the star “One, two, three, four!” to kick off the song.

From there, it features loud yet head-boppy guitar tunes and drumming from the legendary Travis Barker, and it sounds very reminiscent of any pop punk song from the early 2000s from bands like Blink-182, Good Charlotte, or All Time Low. Coupled with Willow’s beautiful, deep vocals though, it transforms this nostalgic-sounding pop punk track into something modern and unique.

We don’t know about you, but so far, we’ve been absolutely obsessed with this song, and most folks online are agreeing. @chicagosoftc0re on Twitter wrote: “willow smith is a young, queer, black woman who is entering the rock industry after dominating the alternative r&b scene. she has so much power right now <3”.

Twitter user @itskeyon also tweeted in support of the “Wait a Minute” singer, writing: “Willow smith making rock music??? Oh a lot of people should be scared…..” Even her brother, another legendary icon Jaden Smith, showed his support by tweeting a few pictures of her sister and writing: “Beware of Willow”. He also even included an adorable pic of the two siblings smiling from when they were young.

All about the upcoming album

For the “Wait a Minute” singer, Willow Smith has confirmed that it will be her first song from the twenty-year-old’s upcoming alt-rock album, so yes folks, we’ll be getting some more of those catchy pop-punk tunes! “I am so grateful for this tune because it was created in such an introspective time (during the first couple months of quarantine)”, the singer said in a press release.

“It was the song that proved to me that I needed to let go of the insecurities I had about making a project of this genre”, Willow Smith added. If you’re familiar with any of the music she has released in the past years prior to “Transparent Soul”, then you should know the style she’s known for is more of a R&B, chill, dreamy, pop vibe. However, the star said it was actually her mother who inspired this new stylistic change.

When she was little, she went on tour with Jada Pinkett Smith’s nu-metal band, Wicked Wisdom, which helped inspire her upcoming album along with other rock/pop punk bands like My Chemical Romance, Paramore, Fall Out Boy, and more. Smith said she was inspired by “the power” of her mom’s voice, and that “I never felt like I could sing that kind of music because I was always trained to sing R&B and pop”.

“I realized that it’s not my voice that can’t sing this kind of music. I was afraid to sing this kind of music because I wasn’t sure what people would think”, she added. However, we’re glad that she took this risk of changing up her music style because we’re absolutely loving “Transparent Soul”, and we can’t wait to hear the rest of her upcoming alt-rock album.