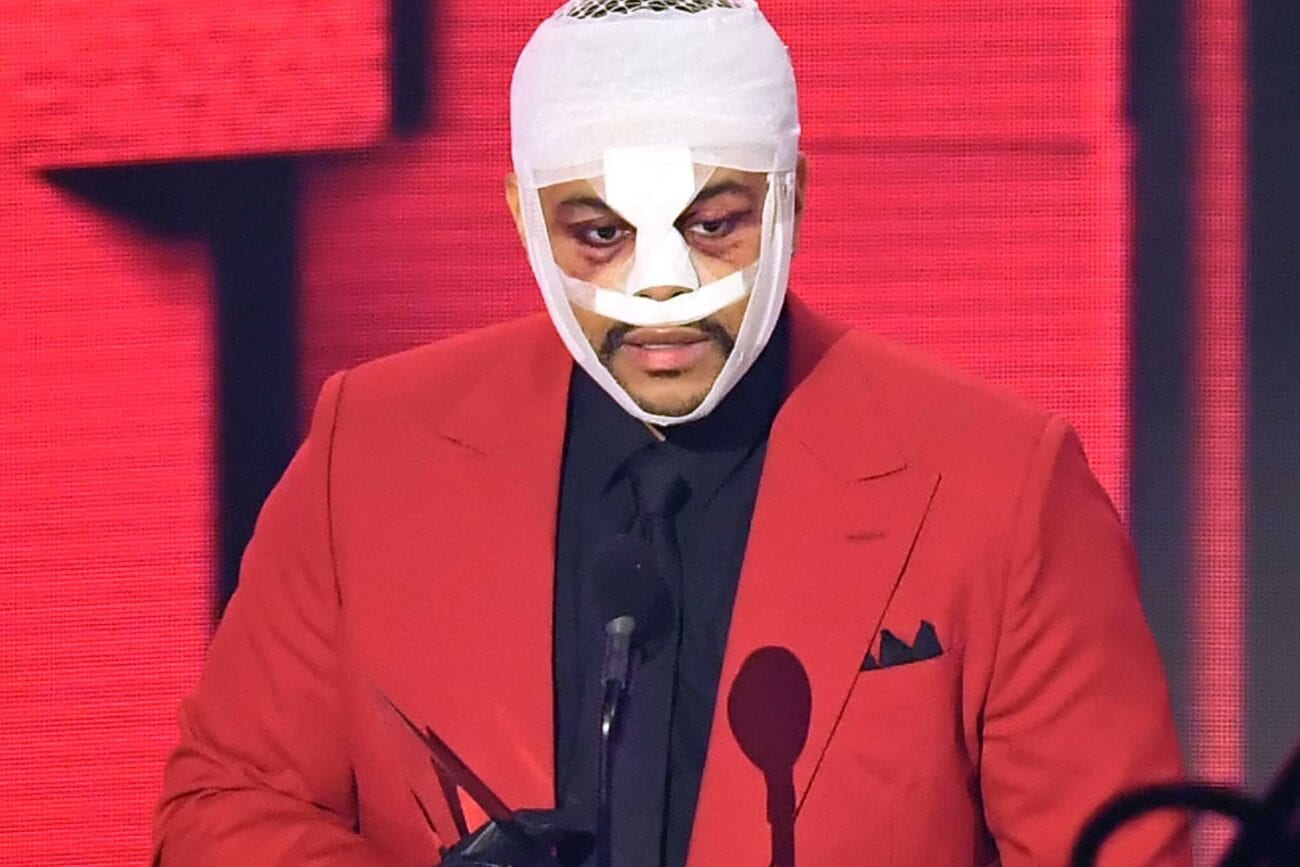 The Weeknd turned up to this year’s American Music Awards sporting an extreme dressing choice. And we are not talking about his bold red suit. The singer’s entire face was covered in bandages save for his mouth & nose.

While the singer’s mummified look caused a genuine spark of concern among casual viewers, his fans were quick to point out the bandages were an accessory to match the dark vibe of his latest album. The Weeknd is known for fully committing to his aesthetics. Although we salute the singer’s dedication to his art, the internet had a field day turning the singer’s heavily bandaged ensemble into a meme. 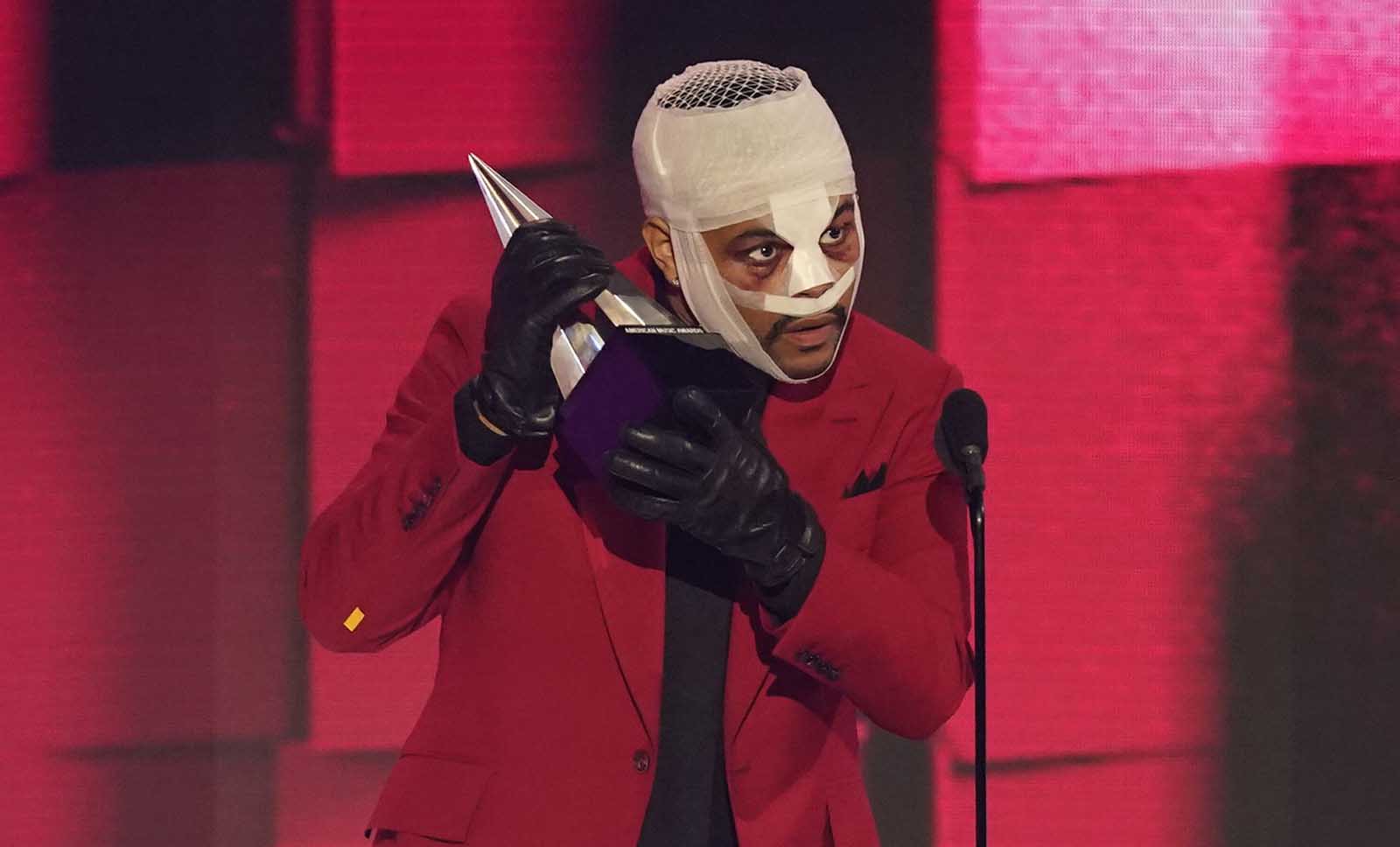 The Weeknd’s look wasn’t the only thing that the people were chatting about, the singer had also acquired the most nominations for fan-voted awards. Though he lost the artist of the year award to Taylor Swift, the Canadian singer managed to win favorite soul/R&B male artist, favorite soul/R&B album, & favorite soul/R&B song.

The singer & songwriter went on to dedicate his first award of the night to the late musical legend Prince. 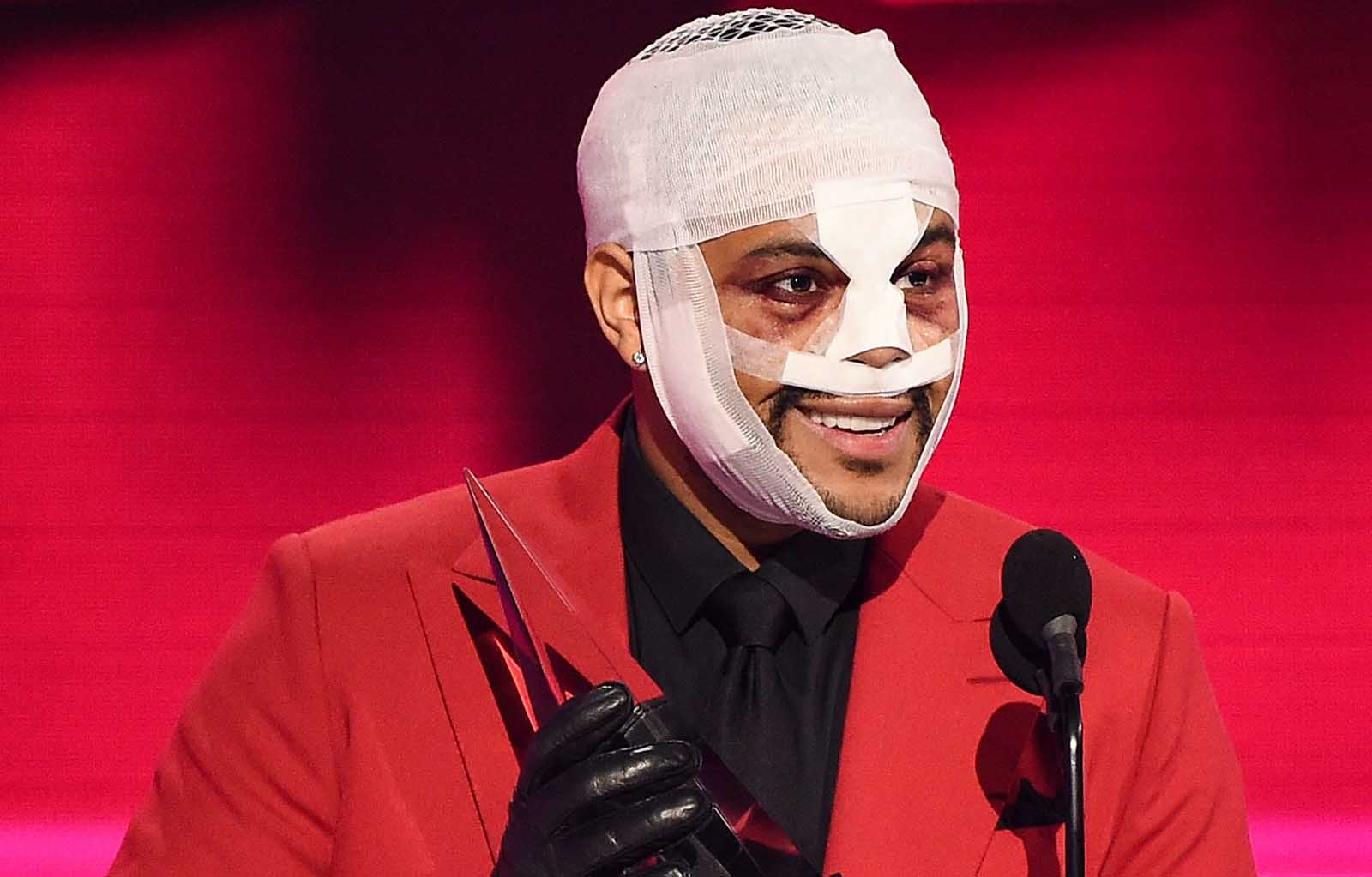 The Weeknd also delivered an over-the-top live performance complete with pyrotechnics. He performed one of his popular songs “In Your Eyes” accompanied by Kenny G on the saxophone and later on finished the act by singing “Save Your Tears” live for the first time.

I can't believe how well developed the weeknd concept is: he's bandaged because his albums are a conceptual timeline where every time he evolves he has more physical damage. I’m so proud ❤️🌹 #AMAs2020 #amas pic.twitter.com/jCSAV8og6G

The Weeknd’s dedication to “The Character”

The Weeknd is known for not shying away from committing to a theme. The Canadian singer has been spotted wearing makeup to appear injured on several occasions.

In fact, back in August, the singer whose original name is Abel Tesfaye performed his award-winning song “Blinding Lights” while donning a bloody face during the MTV Video Music Awards. The Weeknd’s look during the VMAs was comparable to the aesthetics of the short film he made for his album After Hours. 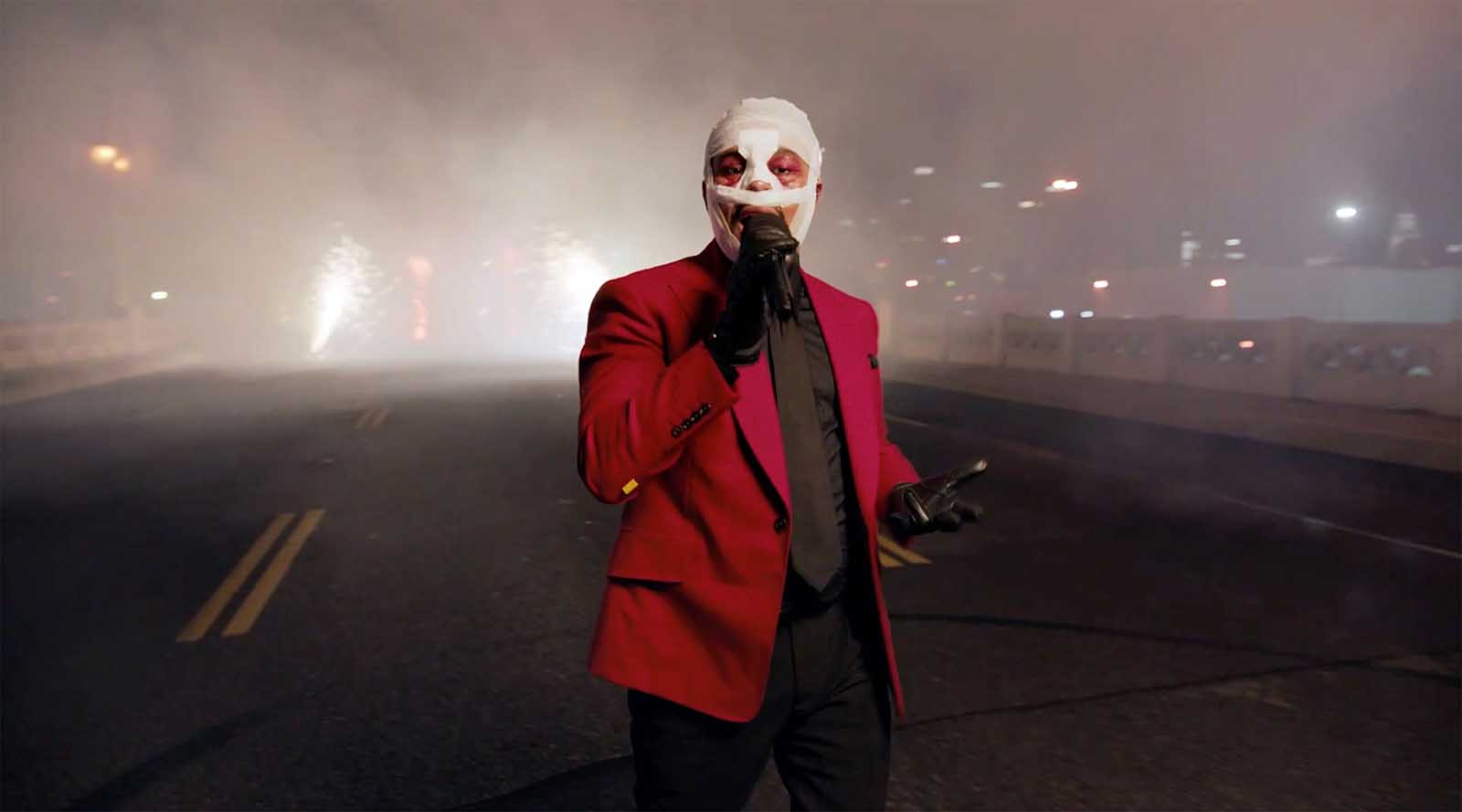 During his appearance on Saturday Night Live, earlier this year, he was wearing a similar getup. Fans were quick to notice the reference to his then newly released music video, “Blinding Lights” where he is roughed up by some bouncers and drives under influence. Weeknd’s gruesome public appearances are an ode to his current After Hours era in which he famously refers to himself as “The Character”.

The R&B sensation confirmed in an interview with Esquire that he wrote his newest album from the perspective of a “character” losing his mind in Vegas. Hence, the name and the dark undercurrent. 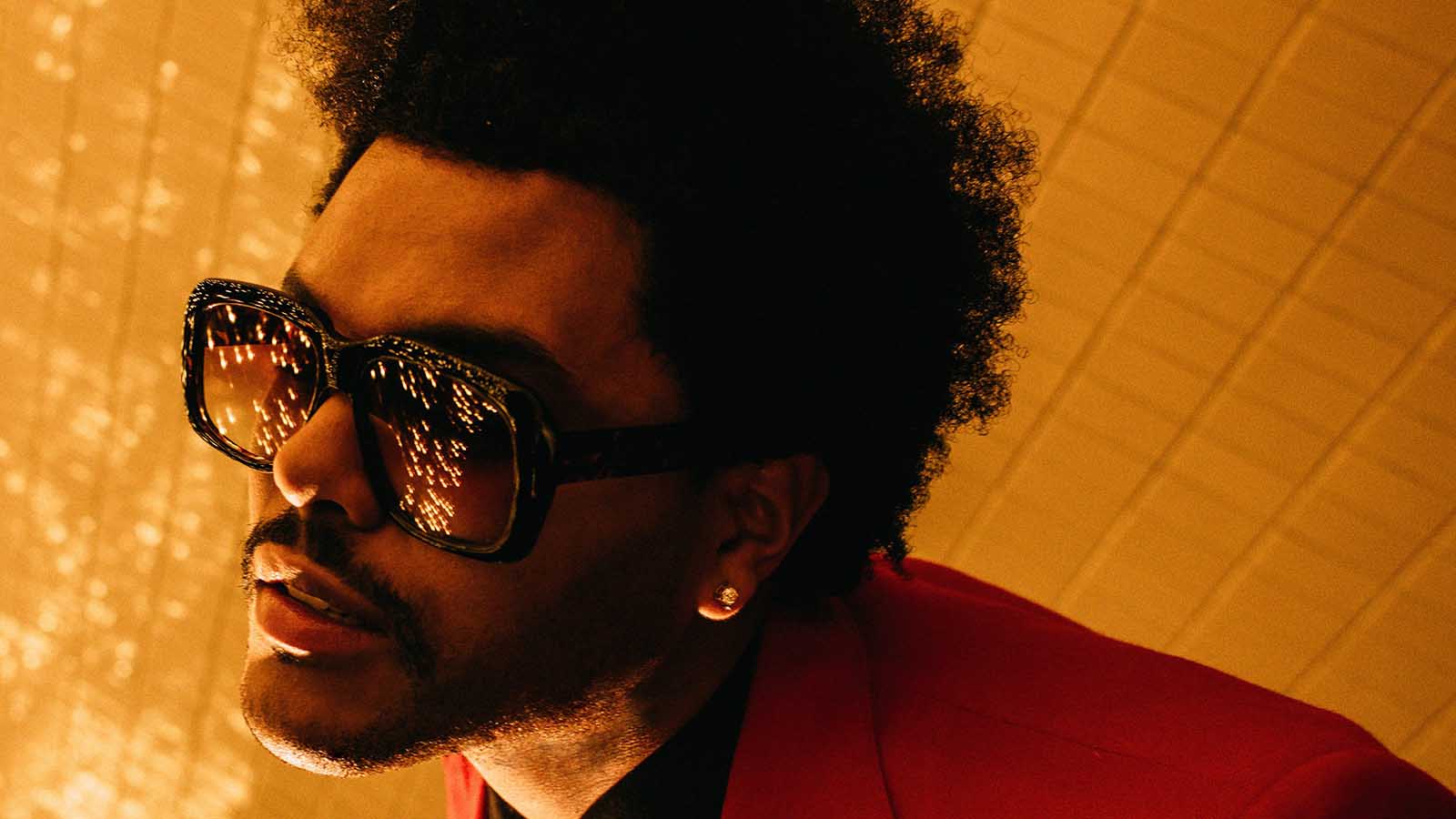 Will the look continue?

The Weeknd’s 2020 album has already secured the no.1 position in the list of most-streamed R&B albums of all time. Following which he was approached to perform during the halftime show of America’s biggest sporting spectacle, the Super Bowl. 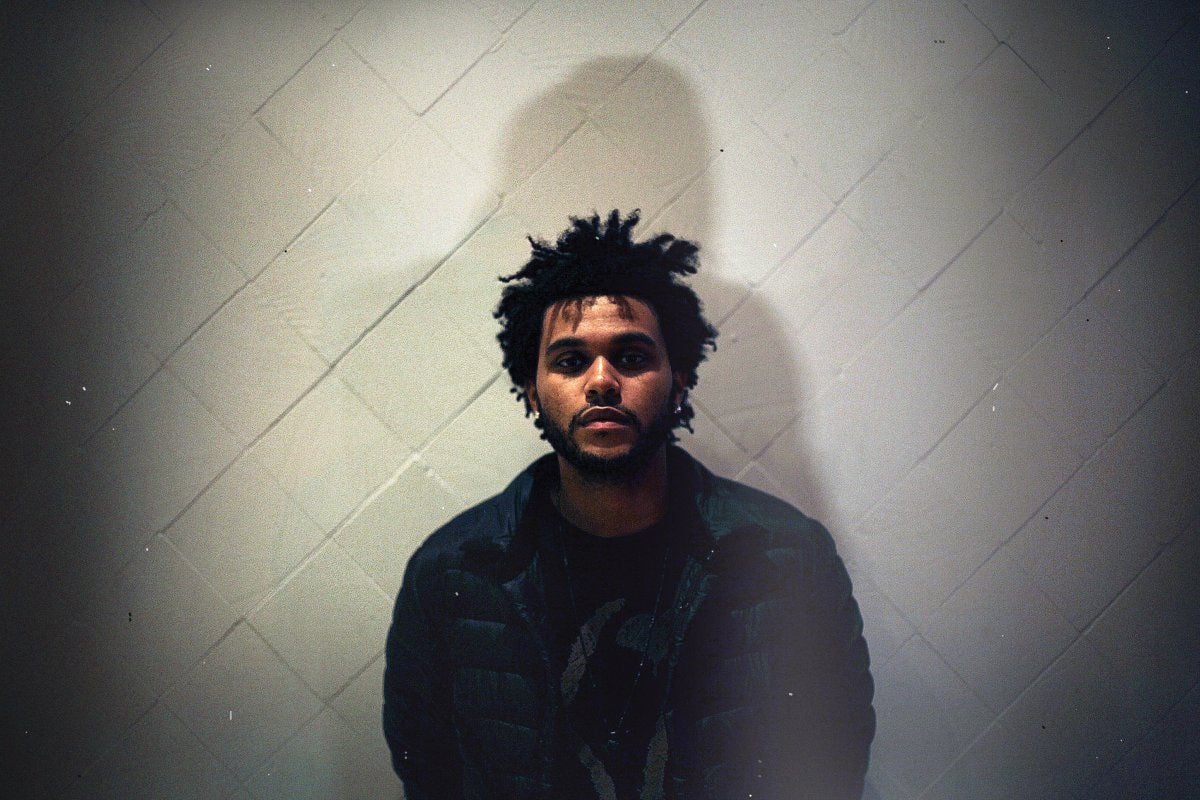 The onslaught of memes

The Weeknd accepting his award at the #AMAs pic.twitter.com/m14fmTSY5v

Netizens quickly pointed out the resemblance between The Weeknd and a grumpy, mummified Squidward from Spongebob Squarepants. Neither of them look very happy!

Just got out of the hospital

While the fish certainly looks happier than The Weeknd did at the AMAs, they both still look like they came straight from the hosptial to the AMAs.

damn, when the weeknd said "i can't feel my face when i'm with you" he wasn't joking #AMAs pic.twitter.com/yY4gQ6ZHVY

Others made light of Weeknd’s dedication to his aesthetic.

The Weeknd The Weeknd
at the AMA’s at the Superbowl pic.twitter.com/khOzMyxPUg

Jokes aside, there were many users who applauded his performance and praised the whole concept.

Since the whole gory undertone is a running theme for The Weeknd’s current album, fans can expect his gruesome appearances to continue at least till the time he is promoting the After Hours album. We for one can’t wait to see what look he comes up with next!