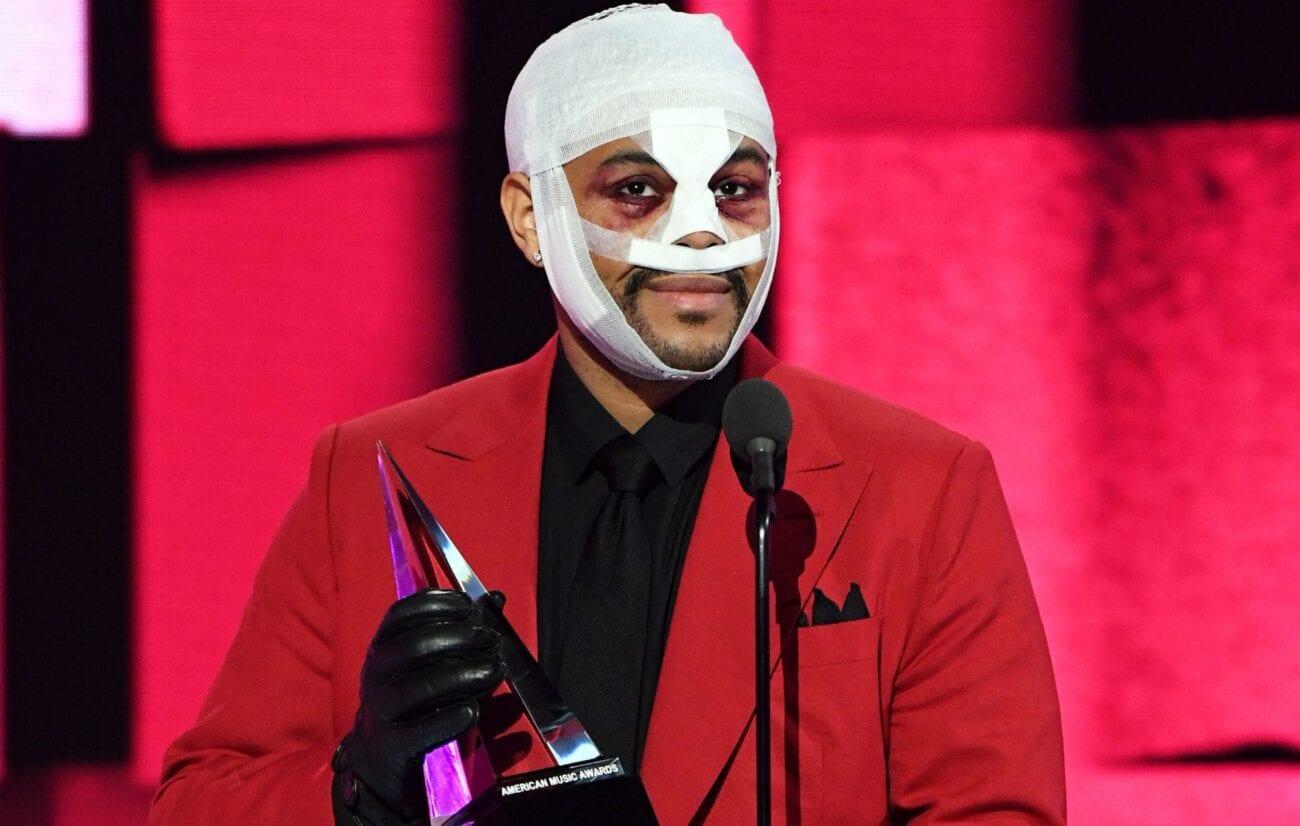 The Weeknd: Is the “Blinding Lights” singer abused? Inside his weird look

The American Music Awards – better known as the AMAs – may not have been as exciting in the midst of the pandemic, but they were still very interesting for the winner’s list alone. Taylor Swift bagged the title for the artist of the year for the third time in succession.

Even though Swift couldn’t be there, as she reportedly clarified, “the reason I’m not there tonight is I’m actually re-recording all of my old music in the studio where we originally recorded it. So it’s been amazing. And I can’t wait for you to hear it.”

While The Weeknd may have lost that title for Swift, his name still got called multiple times that day as he bagged the awards for favorite soul/R&B male artist, favorite soul/R&B album for After Hours & favorite soul/R&B song for “Heartless.” But his multiple awards weren’t the only reason he made the headlines; it was, in fact, his look. 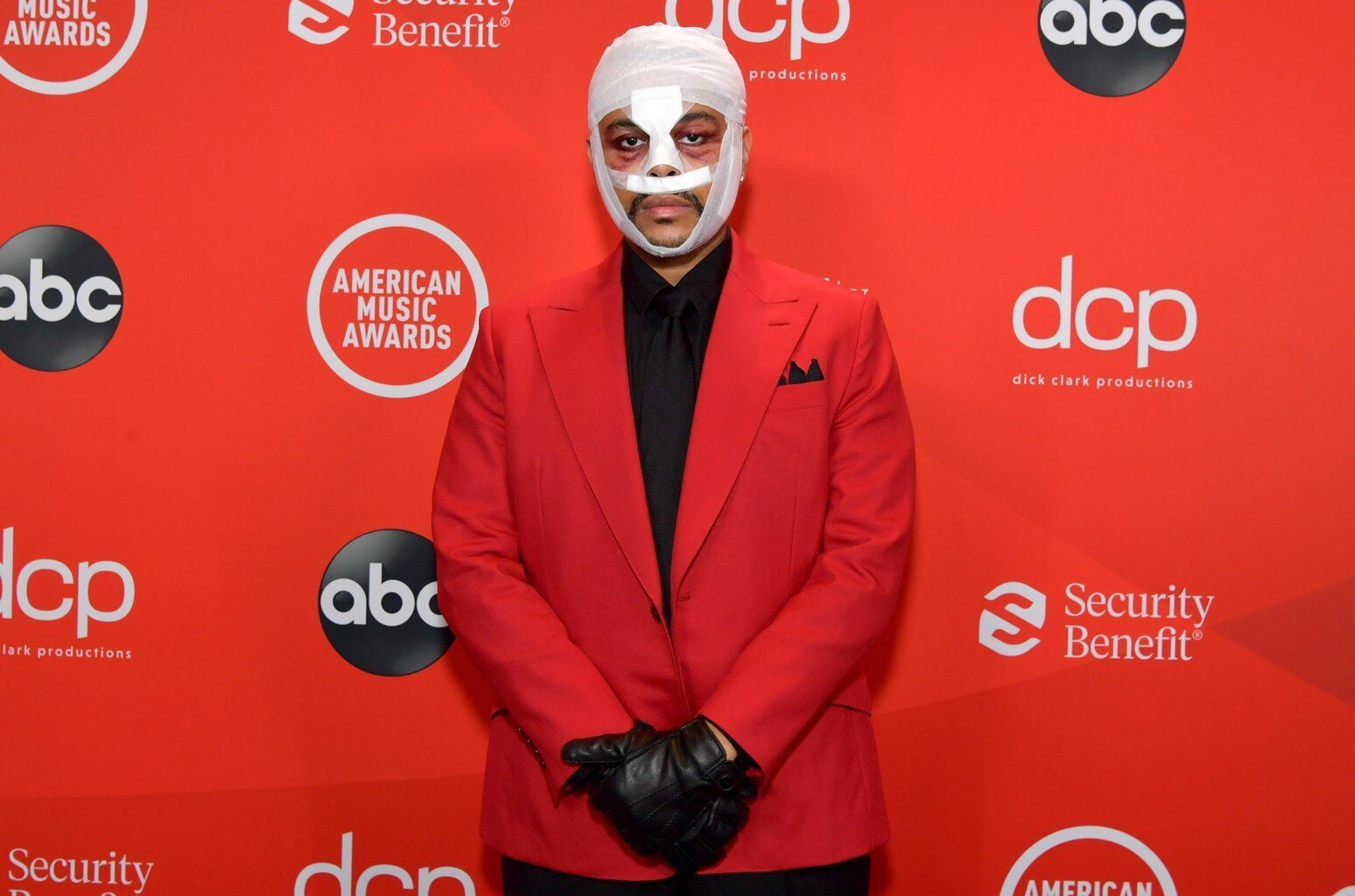 What’s up with The Weeknd?

Abel Makkonen Tesfaye, who goes by his artist name The Weeknd, made a mark when he arrived at the AMAs in a red suit – which isn’t as eye-popping – but with his head & nose bandaged & eyes bruised. They were the kind of injuries you’d sustain after being in a really bad car accident, where you’re hit by a train, or you were driving in inebriated recklessness.

For those who are not acquainted with the singer’s work might have imagined the worst – that he either got into an accident or that he’s being abused – and they shared their apprehensions all over social media. But for fans familiar with his recent works, they know this style, especially the red sports jacket & this hairstyle from his music video for “Heartless” for which he won an award too.

For the others, we say, there’s nothing to worry about. This is a creative call to action whereby the singer-rapper has been sporting an injured look, event after event. It began in March with his SNL appearance, continued with his appearance on Jimmy Kimmel Live!. He had a broken nose then. Then at MTV VMAs in August this year, he made a public appearance with bruises on his face. He was donning a red jacket throughout. 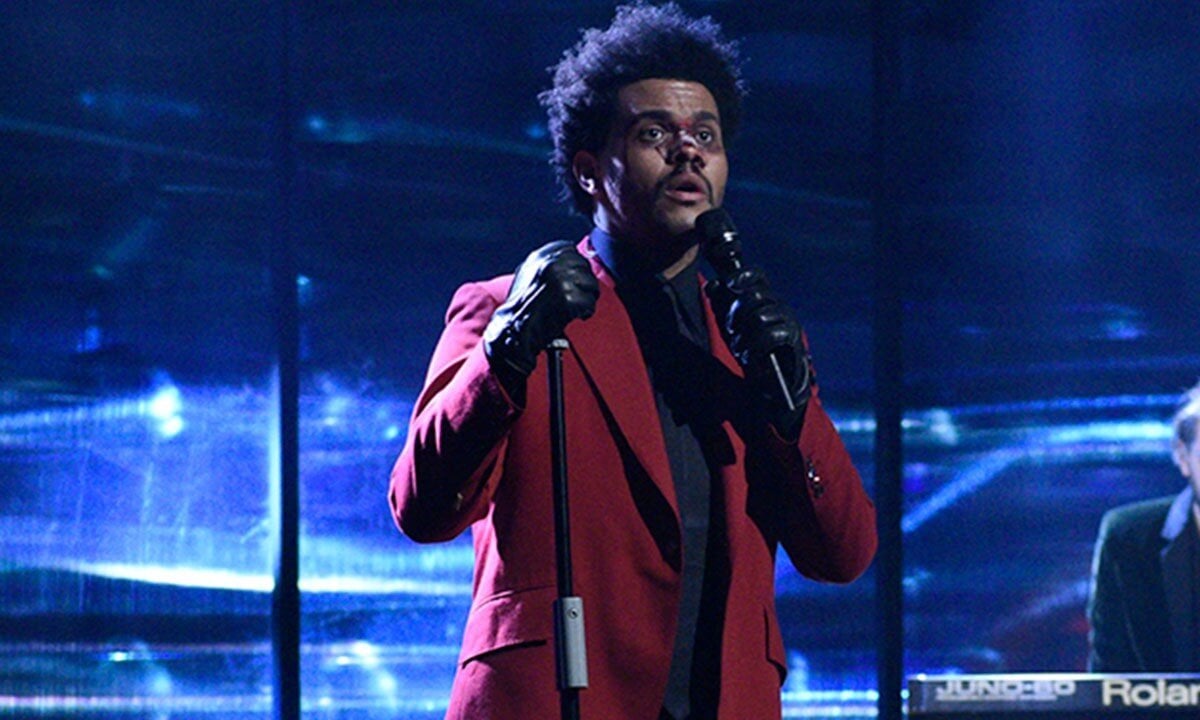 Now, he’s also been reportedly spotted filming a new music video with an even more seriously bruised & broken face than his current look at the AMAs where barely any part of his face was left untouched. It’s all make-up, though, so fans or non-fans shouldn’t worry. It’s part of a larger persona he’s using to send a message ever since he released his album After Hours.

When receiving the award, he didn’t act weird about his look, “The last time I received this award it was given to me by the late, great Prince. And, you know, he’s the reason I get to constantly challenge the genre of R&B, and yeah, I’d like to dedicate this to him.” That said, he didn’t break character either. Even for his performances, his face stayed gauze-wrapped. 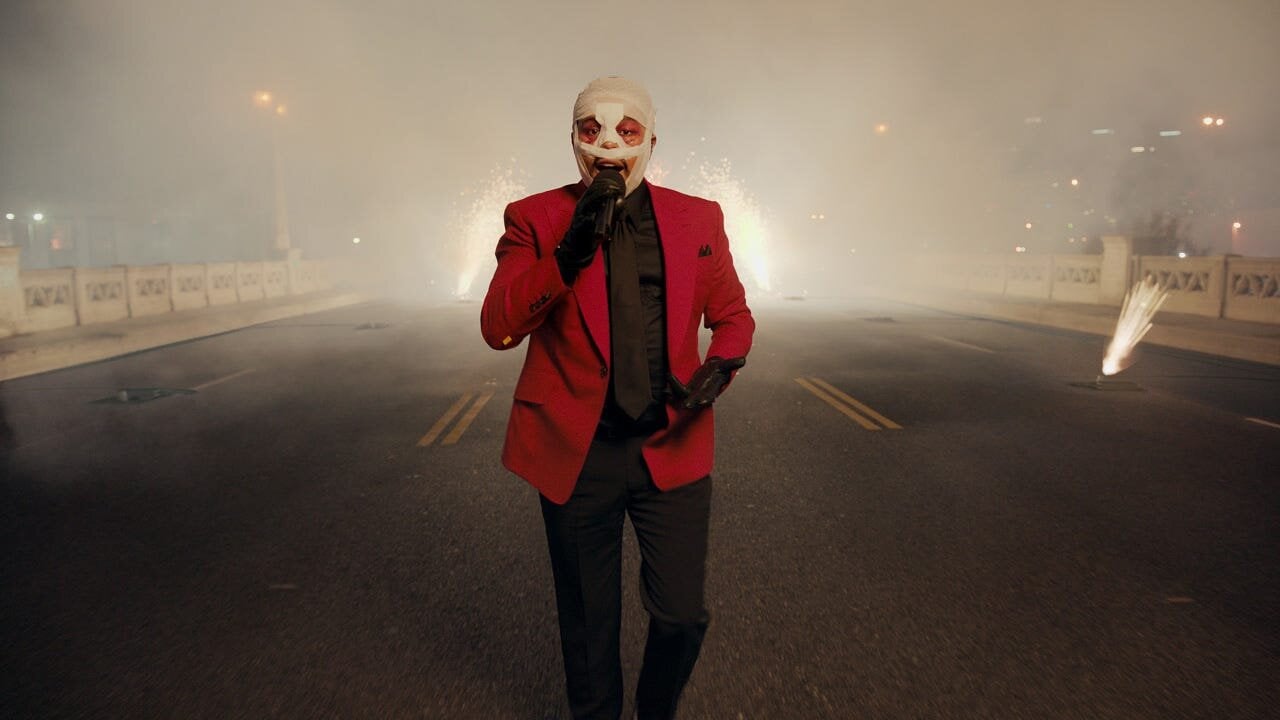 He told Esquire about “Blinding Lights”, “how you want to see someone at night, and you’re intoxicated, and you’re driving to this person and you’re just blinded by streetlights, but nothing could stop you from trying to go see that person, because you’re so lonely. I don’t want to ever promote drunk driving, but that’s what the dark undertone is.”

More recently, The Weeknd has been criticizing the Grammy awards for the lack of transparency in their process. Justin Bieber, Teyana Taylor, and Nicki Minaj also joined him in criticizing the Recording Academy’s process following the 2021 shortlist announcement.American Music Awards 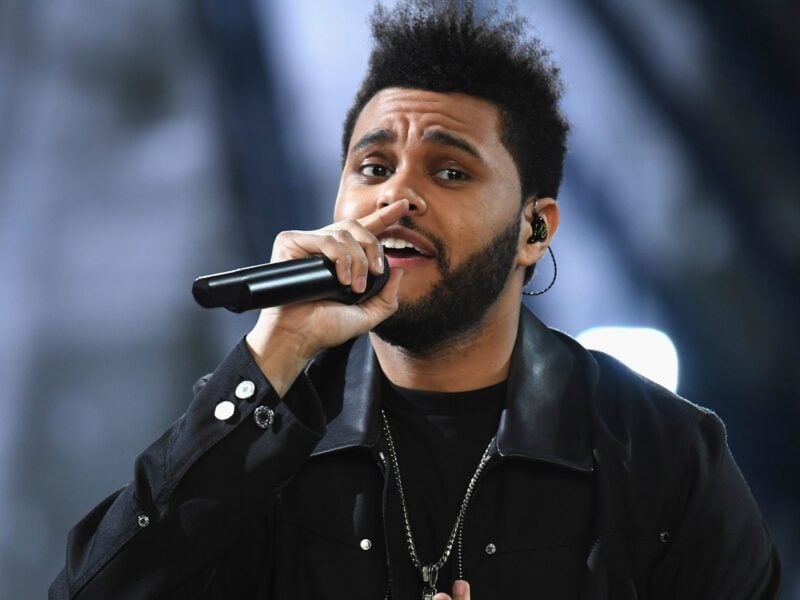 The Weeknd: Do these quotes prove the singer isn’t that nice? 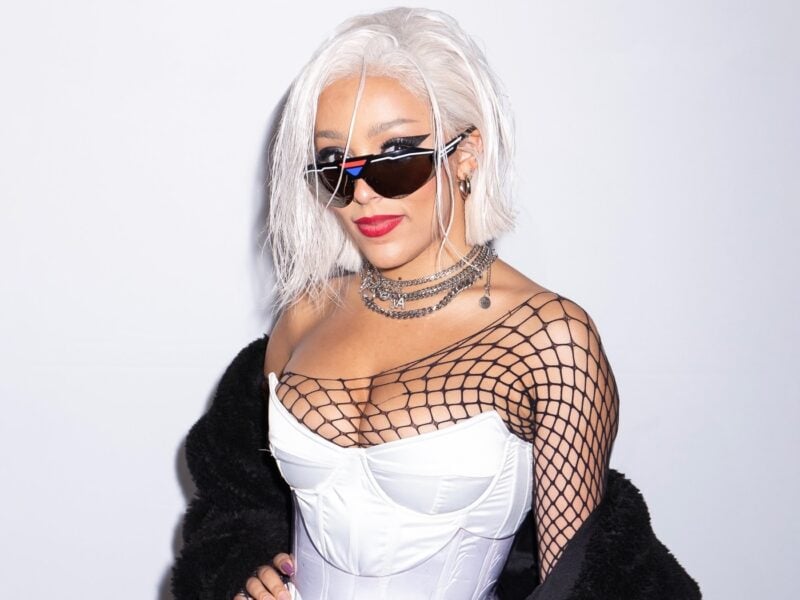 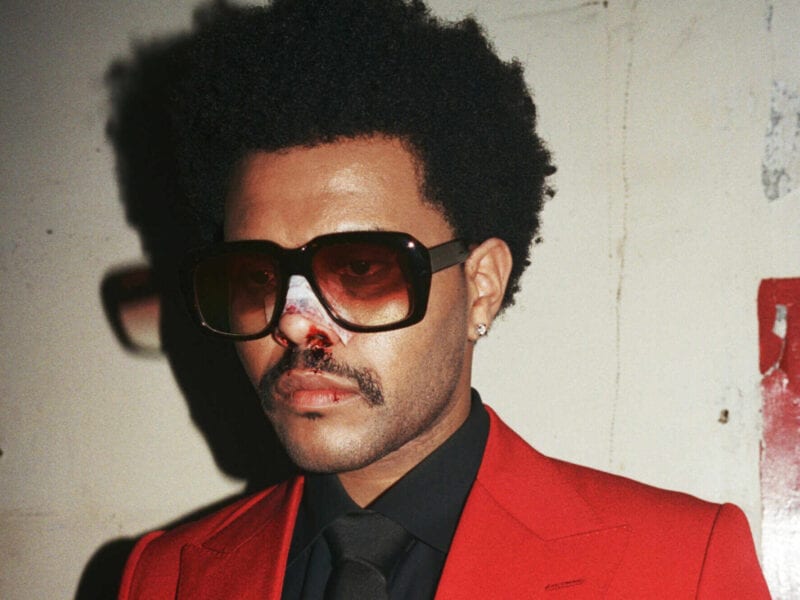 Who’s is The Weeknd’s girlfriend right now? Delve into his relationship here