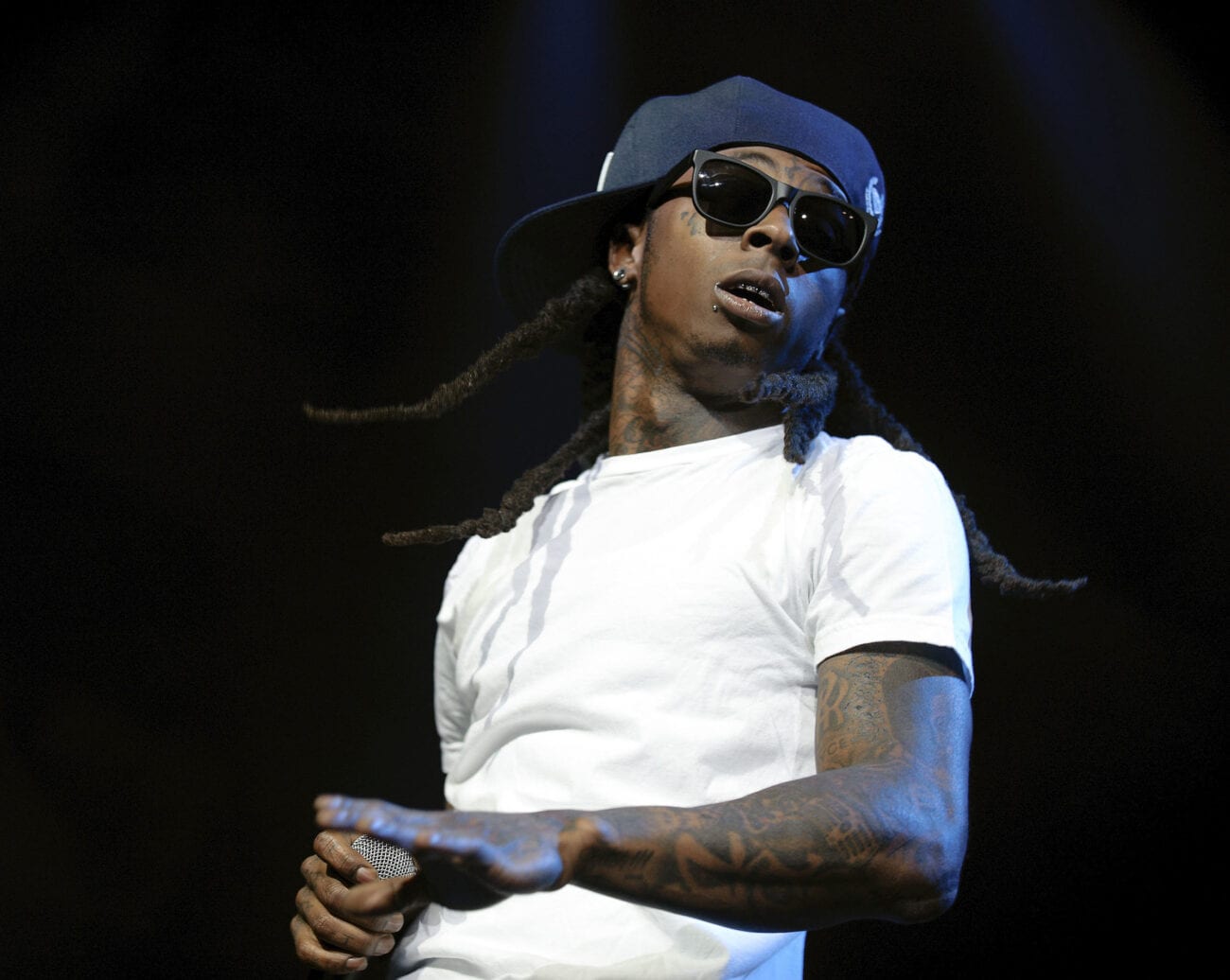 Lil Wayne’s weapons charge plea bargain: Will it affect his net worth?

Hip-hop superstar Dwayne Carter, AKA Lil’ Wayne, AKA Tunechi, AKA Lil’ Weezy is no stranger to indictment, legal trouble, and even prison time.  The New Orleans native has been arrested over three times during his career as one of the world’s most successful rappers, and this past week he added a conviction to the list, only ten years after his year-long stay at New York’s infamous Rikers Island.

Last year, Lil Wayne was found transporting a registered firearm en route to Miami on his private jet (So what’s the problem with that?). Well, Wayne’s lengthy rap sheet disallows him from possessing any guns, legal or no, as he remains a felon in the eyes of the law.

With his freedom, and more importantly his stacks & stacks of cash on the line, last Friday he took a guilty plea and now faces ten years & multiple fines as he awaits sentencing.

That said, how much will the self-professed Cash Money Millionaire lose over this illicit possession of one (gold plated) handgun?  Sources suspect a lenient ruling from the judge for the rapper’s cooperation.  It seems he has changed his stubborn ways of using selective memory in speaking with law enforcement, as one might remember from his viral interrogation video released by TMZ back in 2012. 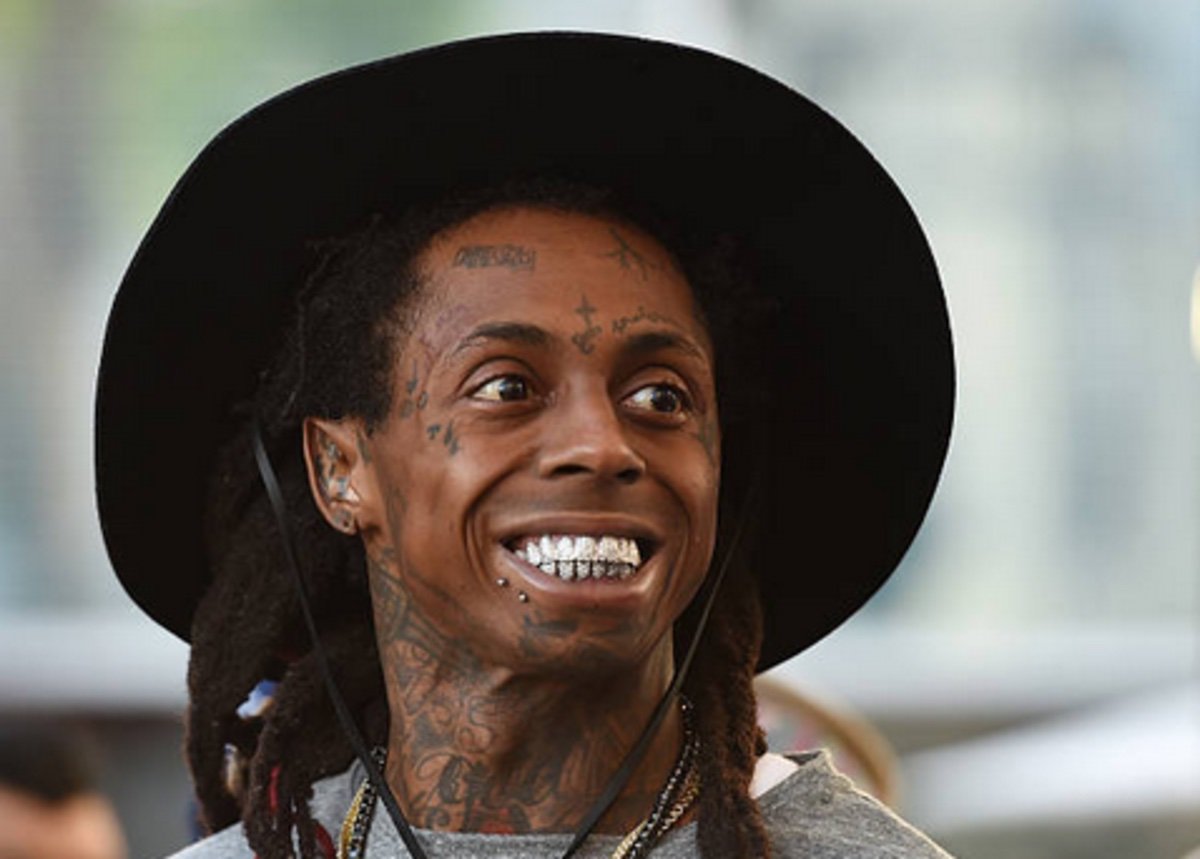 It’s hard to say how much Lil Wayne will have to pay in fines & legal fees until the judge makes a ruling, but the diamond-toothed rapper who coined the term “bling bling” certainly has much to lose.  Authorities confiscated a few thousand dollars from him with the contraband on his jet, which ain’t much to a world-famous Grammy winner. What we do know, is he recently upped his already sky-high net worth.

Wayne recently sold the rights to many of the masters of his music to Universal, earning him a whopping $100 million.  The rapper is said to already hold a net worth of about $150 million, and with this deal, his net worth has nearly doubled.  However, some of this money may already be tied up in legal issues totally separate from the recent gun charge. 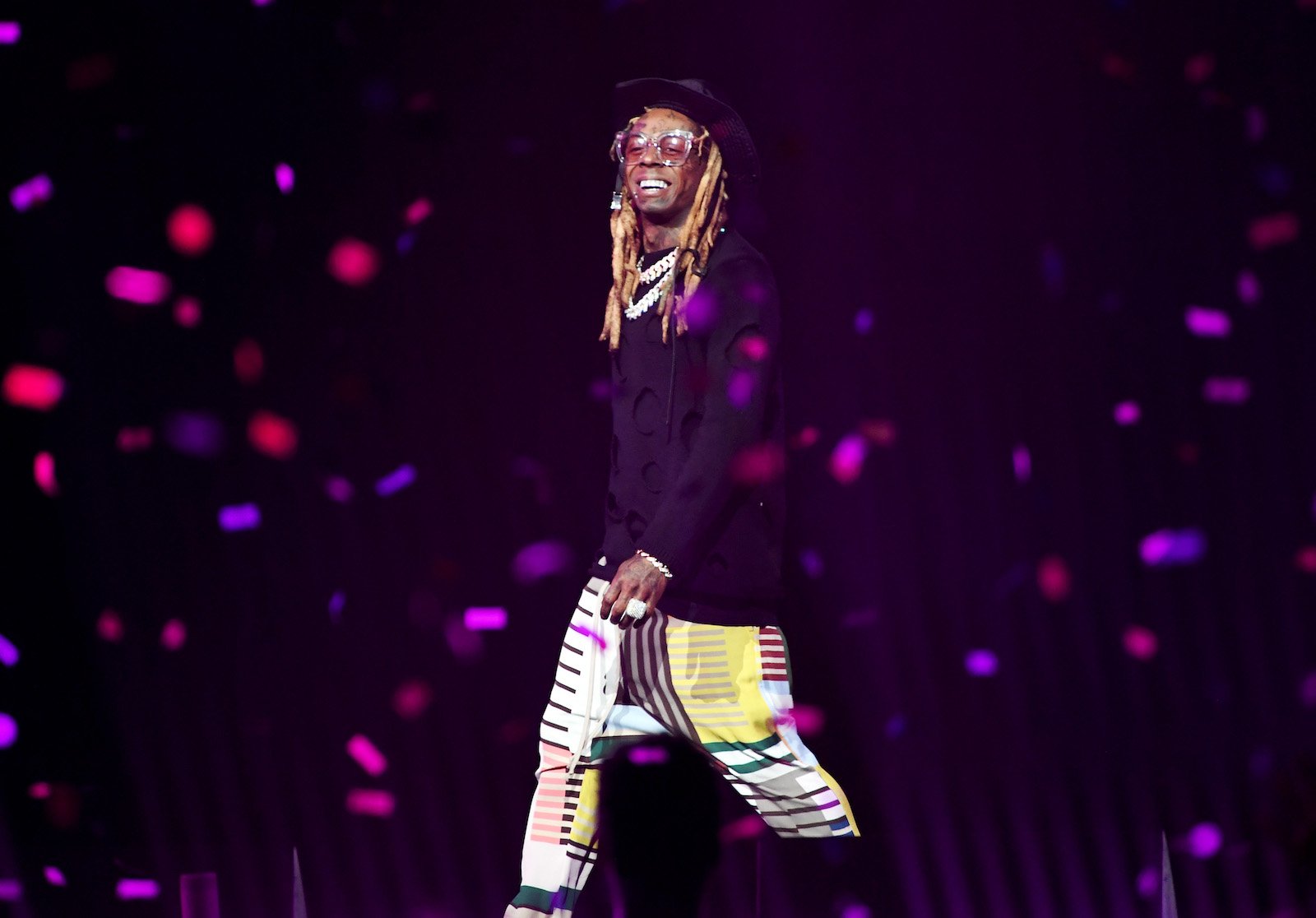 Trouble with the IRS

In addition to multiple million-dollar lawsuits against Carter, Lil Wayne has had long standing issues with the IRS for not claiming his millions each year for income tax.  The rapper owed the IRS $1 million during the year of his incarceration in 2010, jumping down from $2 million the year before.

These numbers began to rise even higher though, with Lil Wayne owing $5.6 million the following year, $12 million in 2014, and topping out at $14 million in debt most recently. 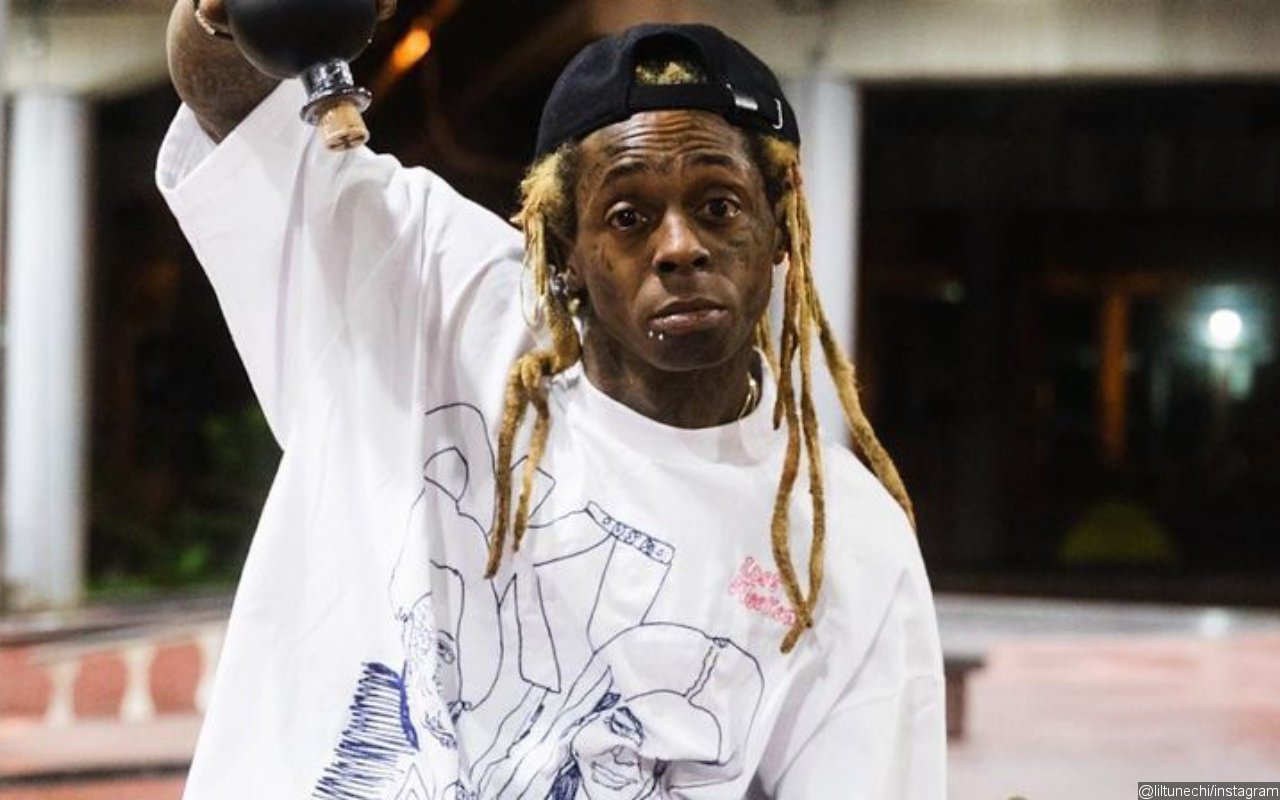 This recent struggle with tax debt provides some clues as to how much Wayne can really stand to lose.  He publicly thanked Jay-Z in 2018 for helping him with his taxes that year (Talk about friends in high places!), and one can only wonder why the rapper needed financial help from one of the only rappers alive to hold higher esteem than himself.

If Lil Wayne is really worth $150 million, why couldn’t he spare a measly $14 mil to get the government off his back? 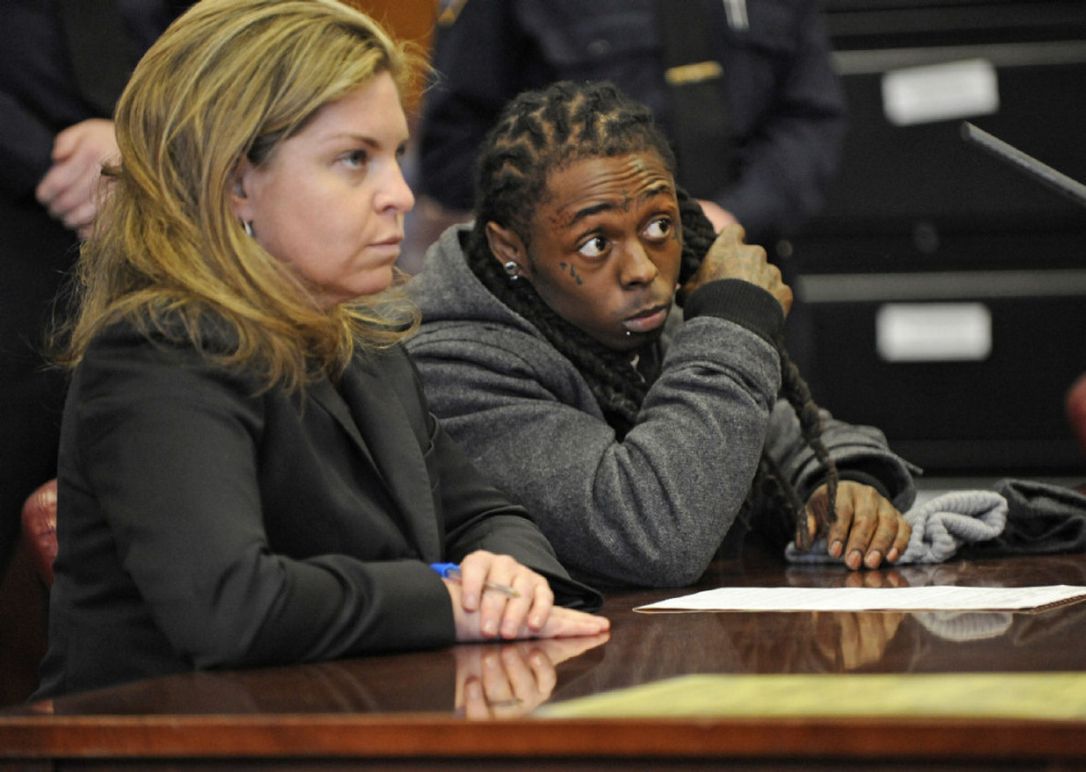 The U.S. legal system is a tricky beast, and it’s all but certain Lil Wayne will lose money upon his sentencing, especially if he avoids jail time in the process.  Only time will tell if the money troubles he’s been known to have are bubbling up in his private life. Also, whether these, compacted with legal fees from the conviction, will make a large dent in the wealthy rapper’s treasure trove.

The case against Lil Wayne is federal, but the fact that the gun was stowed away in luggage, allegedly a Father’s Day gift to the rapper, brings hope the rapper won’t face a harsh sentence.

Lil Wayne’s well known for boasting about his wealth, from releasing multiple hit records through Cash Money Records to one-liners where he tells us his house has ten bathrooms.  With some luck, the rapper can afford to pop bottles when his sentence is handed down, and avoid a significant hit to his recently doubled net worth.