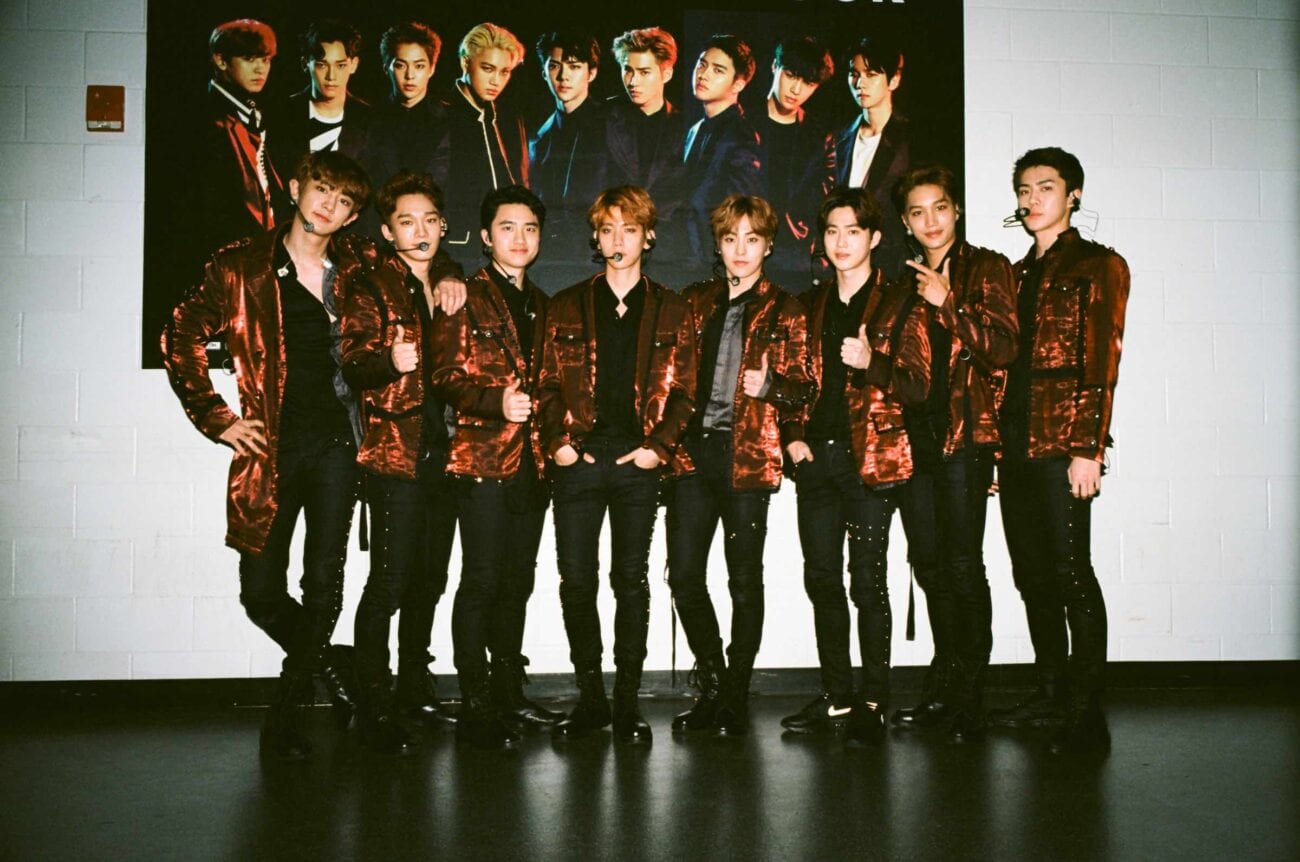 Expand your K-pop playlist: Get to know EXO and its members

With so many new K-pop bands, it might be hard to keep track of who to listen to next. If you’ve already listened to BTS & Blackpink, then maybe give EXO a try. EXO has been in the business for nearly ten years and has cultivated acclaim from around the world. Though it’s had its own set of tribulations & trials, EXO continues to break records even with the restructuring of the group.

EXO is also unique because it has “sub-groups”, where individual EXO members form smaller groups and can produce even more music. Want to know more about the band? Here’s an introduction to each of the current members of EXO to give you a little taste of this world-famous K-pop band. 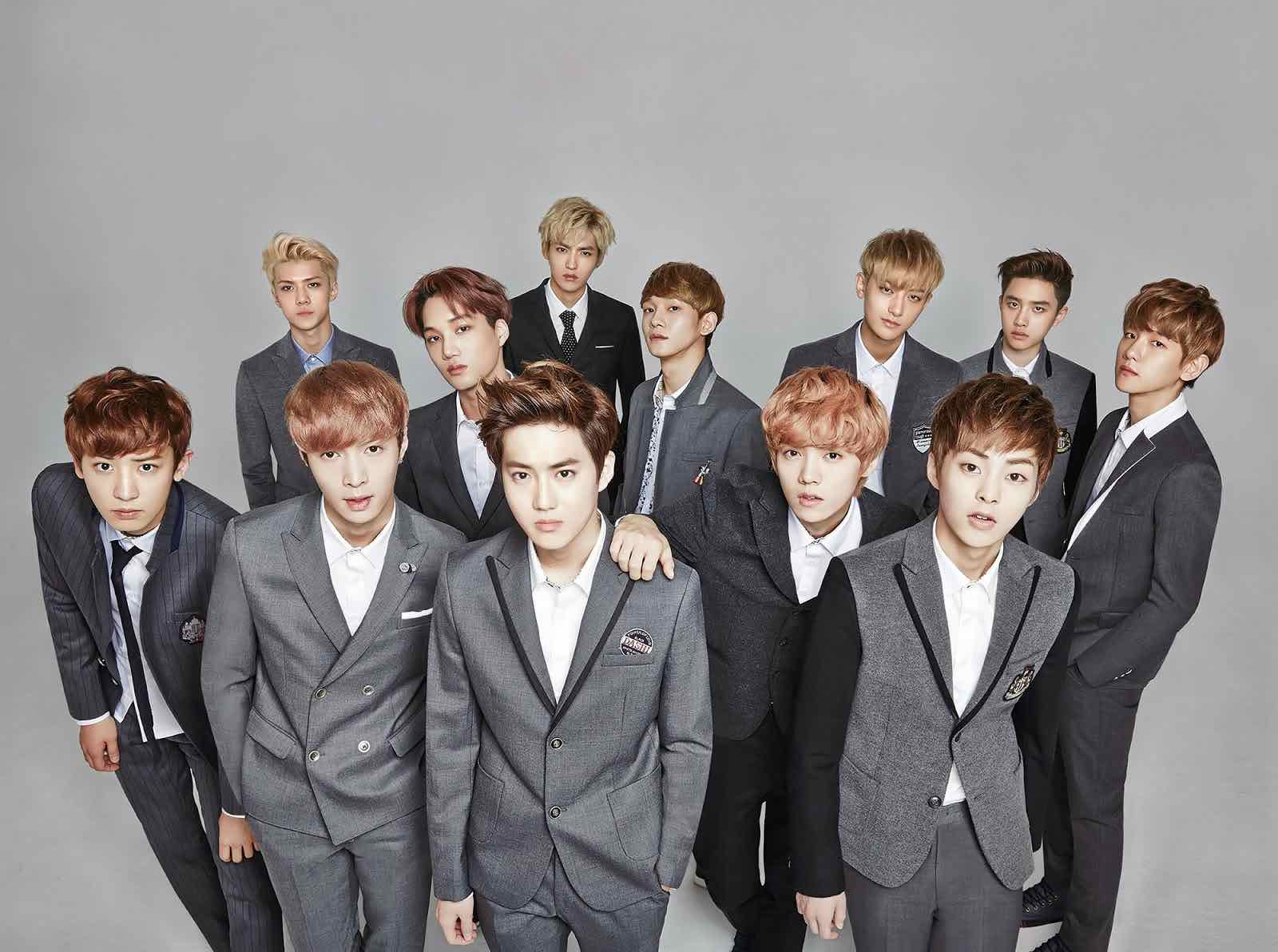 EXO began as a South Korean-Chinese boy band consisting of two sub-groups: EXO-K, which wrote Korean songs, & EXO-M, which composed Mandarian songs. The group is managed by SM Entertainment, with its members primarily joining EXO through auditions held by the management company. EXO comes from the word “exoplanet”, which describes the planets outside the solar system.

EXO-K & EXO-M finally combined in 2014 with their third EP, Overdose. Starting in 2014, EXO saw more success around the world, culminating in their performance at the closing ceremony of the 2018 Winter Olympics. They’ve continued to have global success and broken multiple records by selling millions of albums. 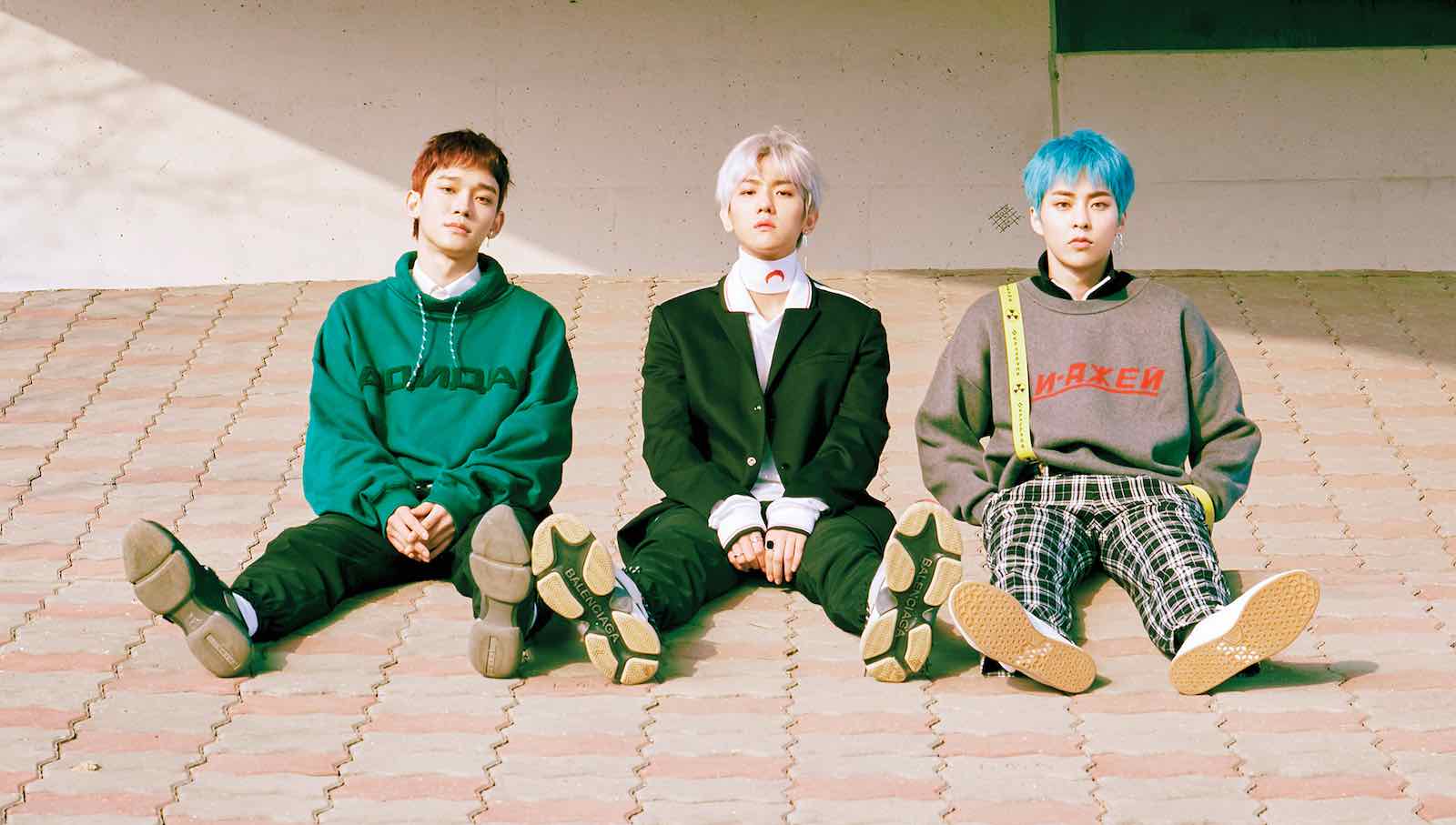 Despite the merge of EXO-K & EXO-M, EXO decided to split into groups again in 2016 when Chen, Baekhyun, & Xiumin debuted their first EP Hey Mama!. With this EP, the three EXO members officially formed the first sub-unit, EXO-CBX. While EXO-CBX hasn’t released anything since 2019, the group has performed in both Korean & Japanese, and even went on tour in Japan.

In 2019, Chanyeol & Sehun both formed EXO-SC – EXO’s second official sub-unit. Before they announced the formation of their group, Chanyeol & Sehun performed for the first time together during an EXO concert in Seoul in 2018. By July 2019, SM Entertainment officially announced the sub-unit with their first EP, What a Life. They recently released their first album 1 Billion Views on July 13, 2020. 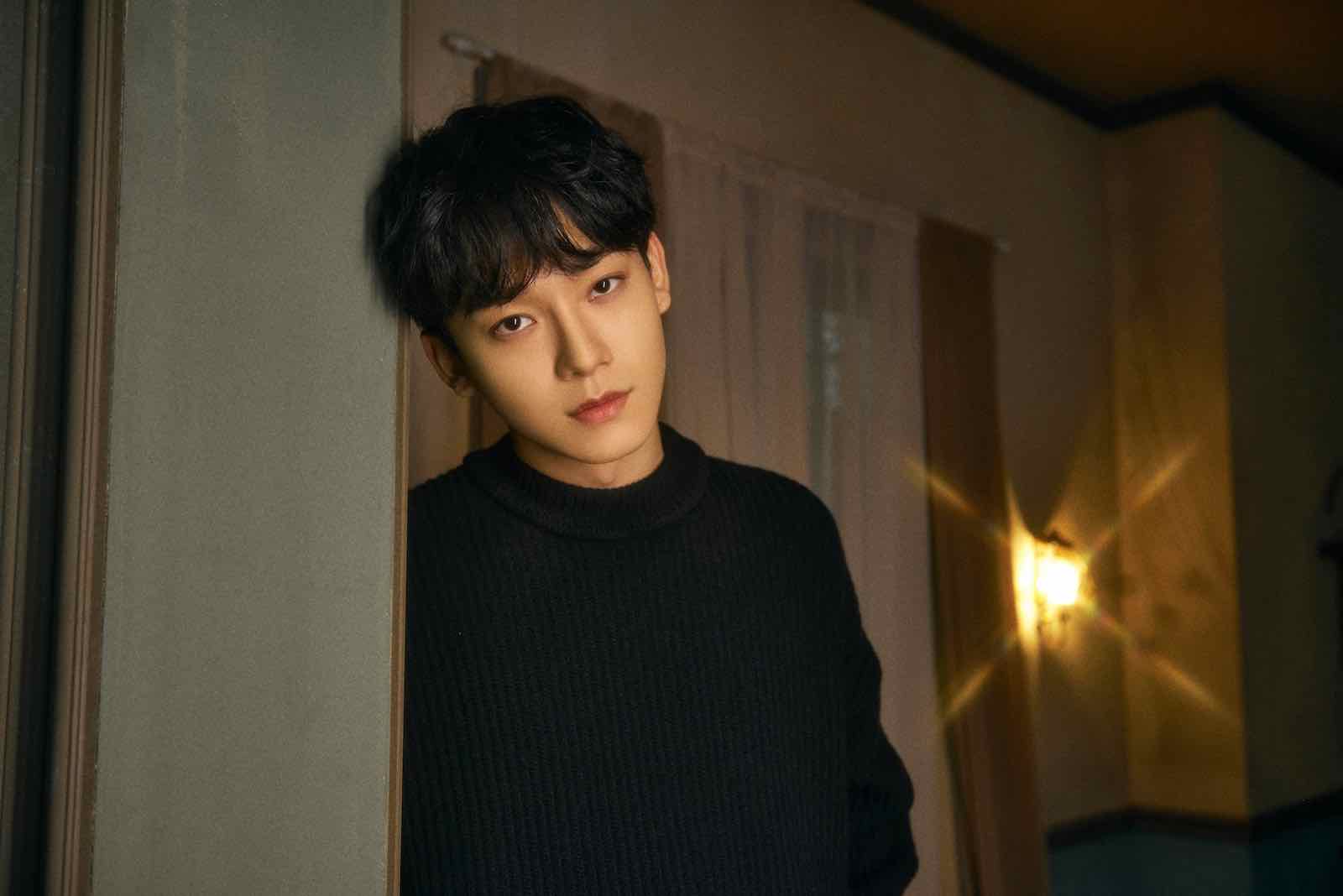 Kim Jong-dae goes by Chen, who joined SM Entertainment when he was nineteen. Other than his work with EXO, Chen also joined SM the Ballad in 2014. He’s also done some solo work on the side, and was even on the South Korean competition show King of Mask Singer, where he placed as the runner-up. He’s even been in a musical, performing in the main role of the South Korean production of In the Heights in 2015.

In January 2020, Chen announced he was engaged to a non-celebrity and married shortly after in a private ceremony. He also announced she was pregnant, and the newlyweds had a girl on April 29.

Chen is the most recent member of EXO to announce enlistment for his mandatory military service. As a farewell, he released a new solo single, “Hello”, where he told fans he would start his service on October 26, 2020. 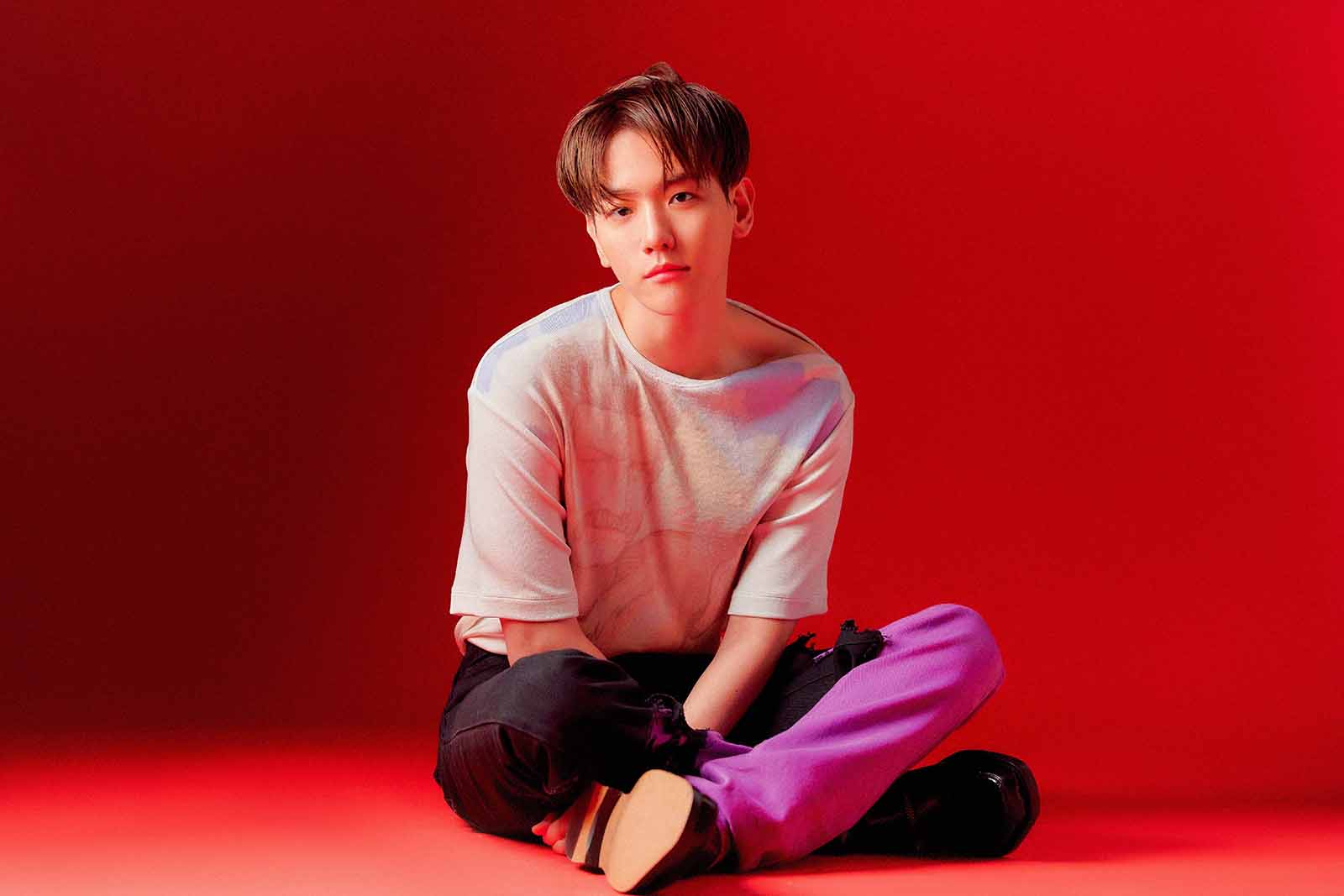 Baekhyun’s full name is Byun Baek-hyun. He was first scouted by SM before signing with the company in 2011. He was one of the last members to join EXO and was introduced as the band’s main vocalist. Baekhyun also occasionally acts in K-dramas and even starred in a South Korean production of Singin’ in the Rain in 2014. That same year, he also co-hosted the music TV show Inkigayo with fellow EXO member Suho.

Baekhyun has recently been more focused on his solo work and has released multiple albums & EPs since his solo debut in 2019. Also in 2019, SM Entertainment announced Baekhyun would join the K-pop “supergroup” SuperM, which consists of seven K-pop idols from four different bands, including EXO’s Kai.

Other than his singing career, Baekhyun is heavily involved in the fashion industry, especially focused on streetwear. In May 2018, Vogue reported Baekhyun started his own brand with Privé, launching “Privé by BBH”. He now serves as the co-creative director of the new fashion brand. 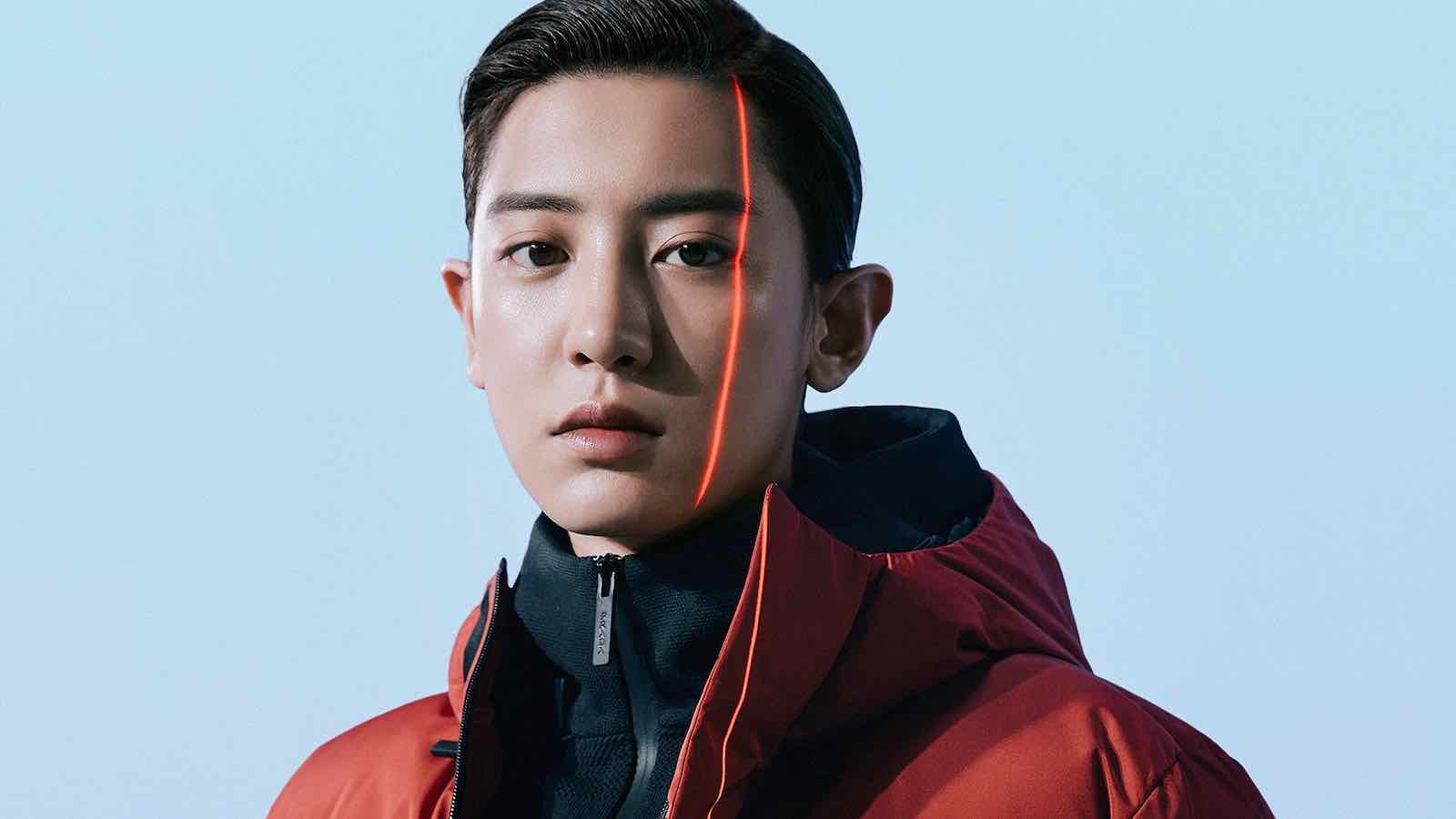 EXO’s main rapper is Park Chan-yeol, who goes by Chanyeol. He was the last to be introduced to the world, though he joined SM Entertainment way back in 2008 after winning a contest. Before he was interested into music, Chanyeol was actually heading toward an acting career, having attended a private acting school when he was sixteen. After he watched School of Rock, music became his newfound passion.

Even though he’s in a world-famous boy band, Chanyeol hasn’t given up on his original acting aspirations and has acted in numerous K-dramas & movies, along with some variety & reality shows on the side. He’s also set to be in the leading role of 2021’s The Box.

Chanyeol is also an avid fashion fan and has attended multiple fashion shows over the years. Because of the positive attention, Chanyeol has done some photoshoots with brands like Tommy Hilfiger & Vogue. 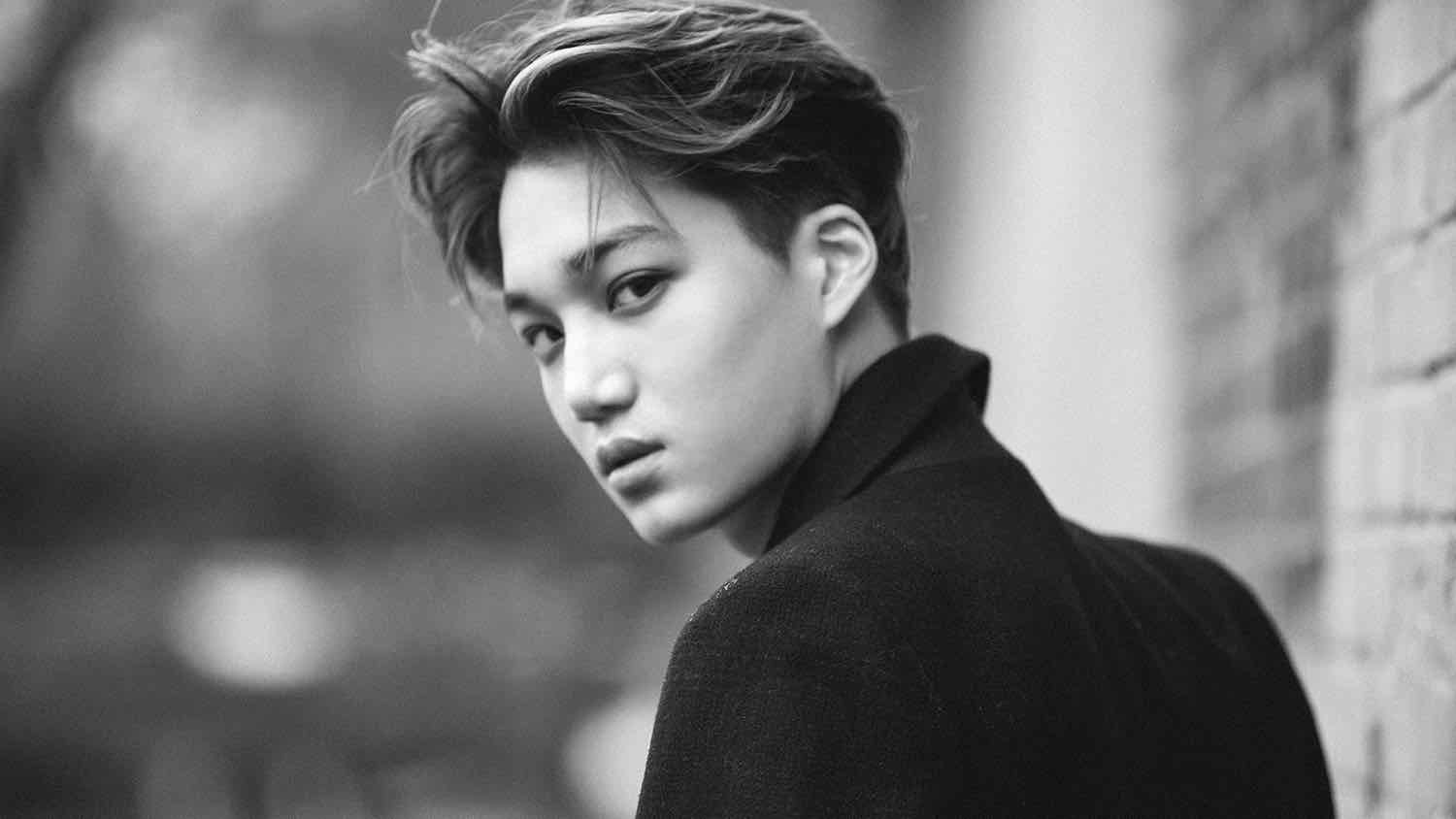 Kim Jong-in goes by Kai and is noted to be one of the most talented dancers in EXO. Kai has been connected with the entertainment industry for a long time. He started dancing when he was eight-years-old and ended up signing a contract with SM Entertainment after winning a contest when he was thirteen. Kai has the distinction of being the first member of EXO to be announced in December 2011.

Kai made his acting debut in 2016 in the web drama Choco Bank. According to Kpop Herald, the show broke viewership records and topped the charts the week it was released. He has continued to star in other dramas over the years, landing leading roles in a number of shows, including the Japanese drama Spring Has Come. 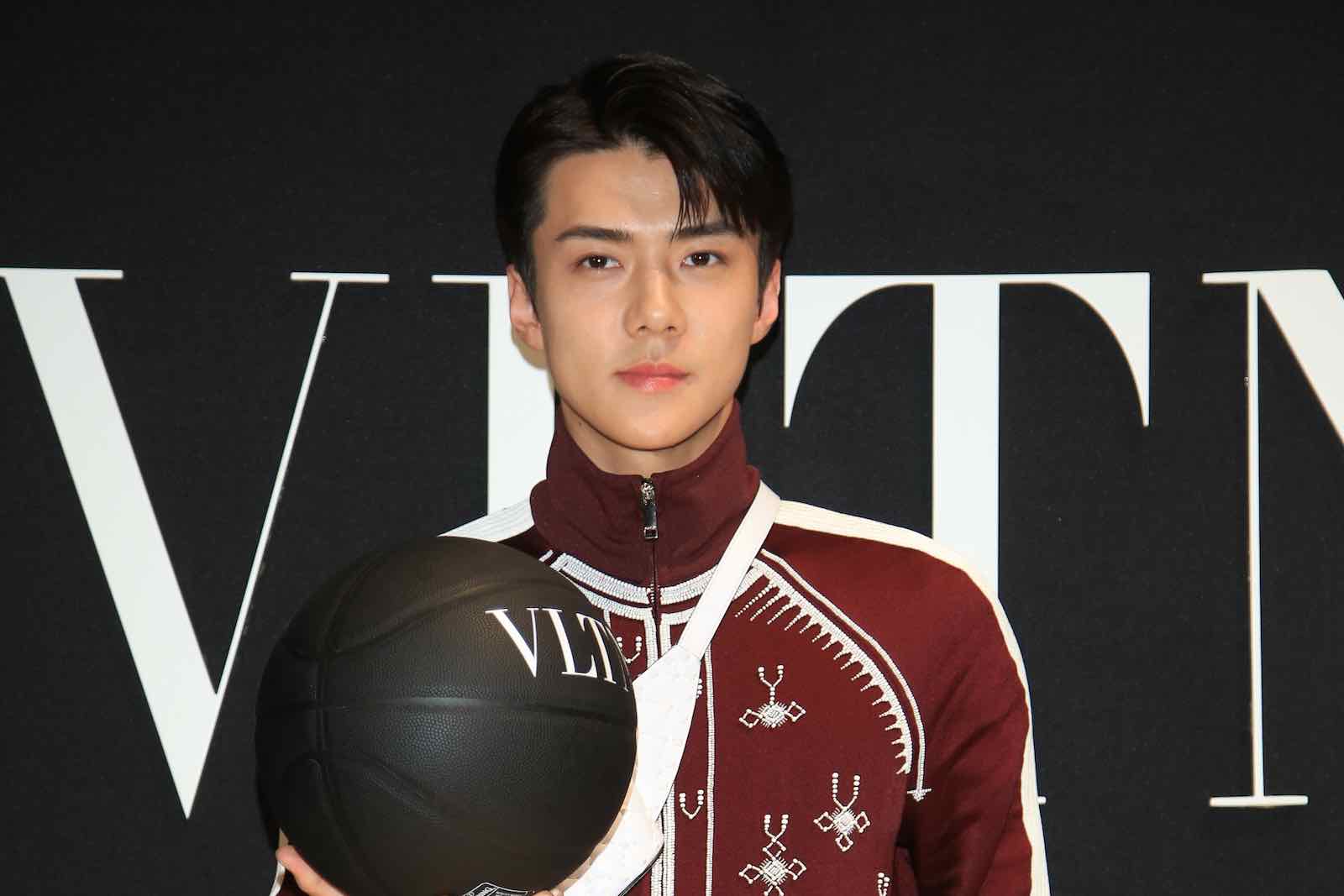 Oh Se-hun is the maknae, or the youngest member of EXO, as he was born in 1994. He goes by Sehun and auditioned for two years before taking his place in EXO’s lineup. He was first scouted by SM Entertainment when he was twelve and was cast in 2008. According to the South China Morning Post, Sehun is EXO’s lead rapper & dancer.

Though he hasn’t acted as much as his fellow band members, he’s slated to star in a number of projects including the films, Catman & The Pirates: Goblin Flag, and the K-drama, Dear Archimedes. He was also involved in two different variety shows, including Netflix’s Busted! 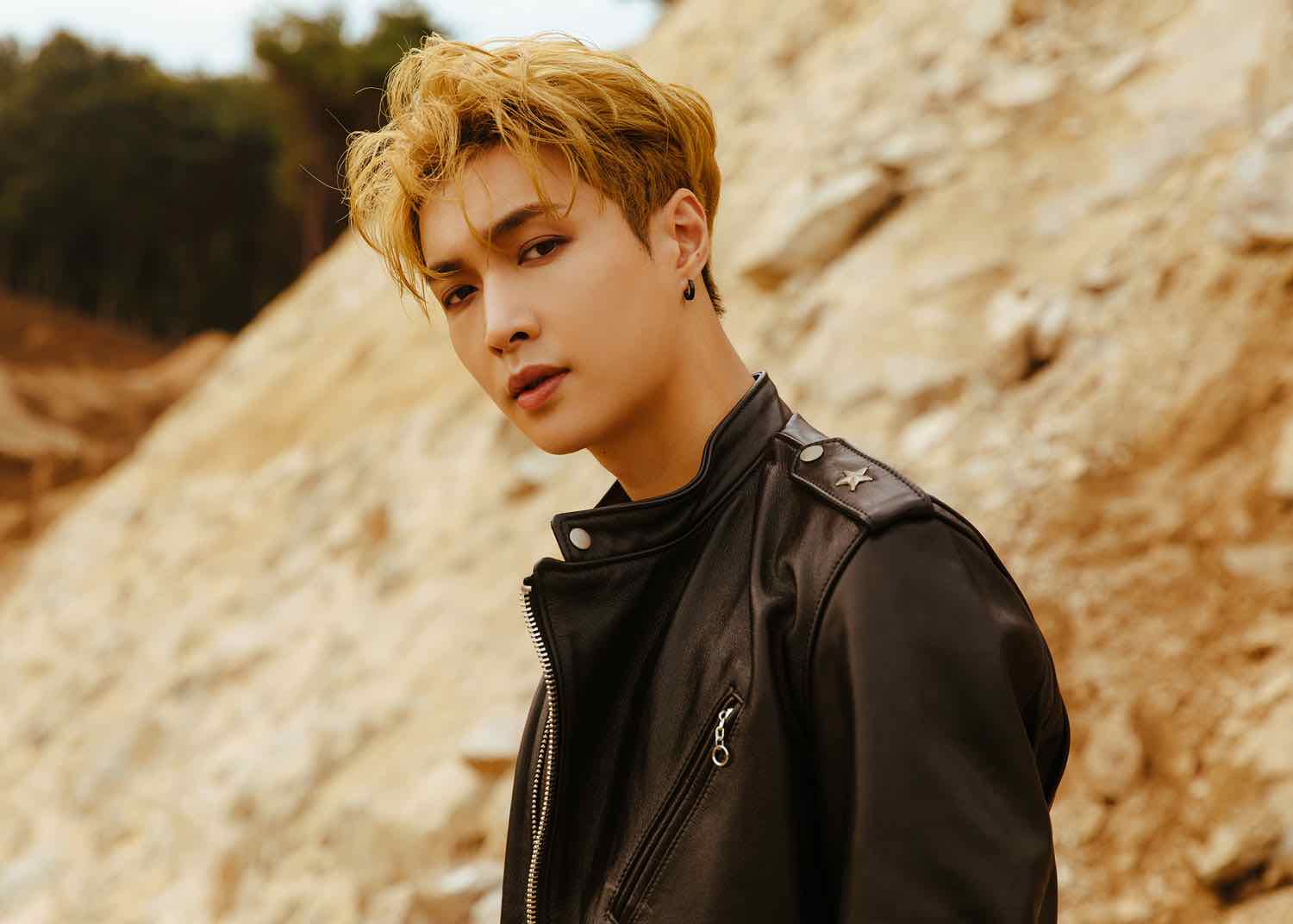 Three members of EXO were declared inactive due to their mandatory military service: Xiumin, Suho, and D.O., who announced his voluntary enlistment in May 2020. Though it’s unclear when Suho & Xiumin are set to return, D.O. is expected to come back by January 2021.

Xiumin & D.O. are still performing even during their enlistment. Funnily enough, both Xiumin & D.O. were in different productions of the same army musical Return: The Promise of the Day.

Lay is the only remaining Chinese member of the group. Though he hasn’t formally left EXO, now Lay is actively pursuing his acting career. 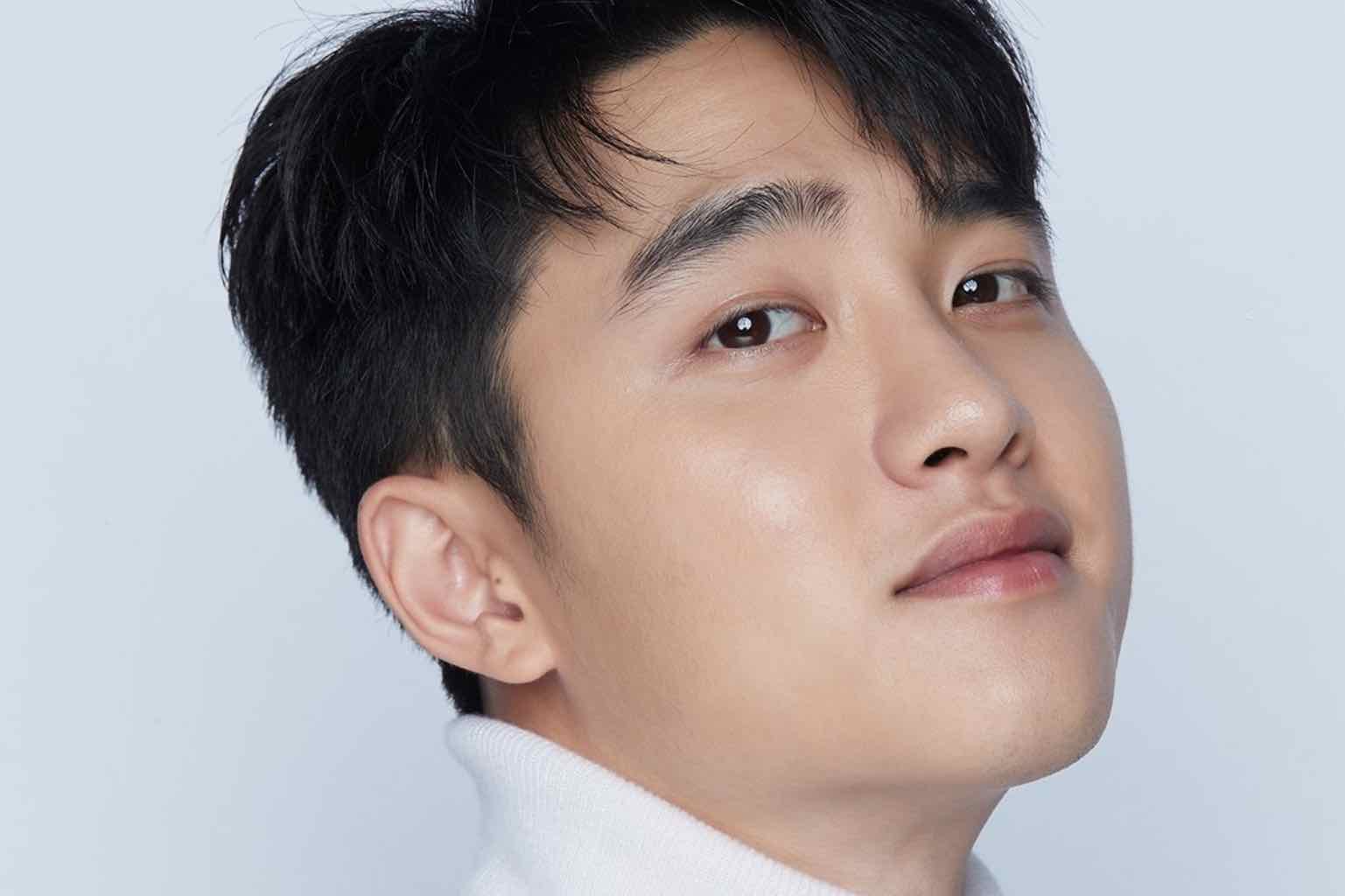 D.O. might be gone for now, but he might be planning on returning to EXO by January 2021 when he returns from his voluntary enlistment, which started in May 2020. Known for his power-ballads, Doh Kyung-soo, or D.O. for short, joined SM Entertainment after winning a local singing contest.

D.O. has appeared in many movies over the years, including Cart, which premiered at the 2014 Toronto International Film Festival. He’s also been in K-dramas and even the animated feature, Underdog. His next film doesn’t have a release date, but he’s slated to be in the new South Korean movie, The Moon. 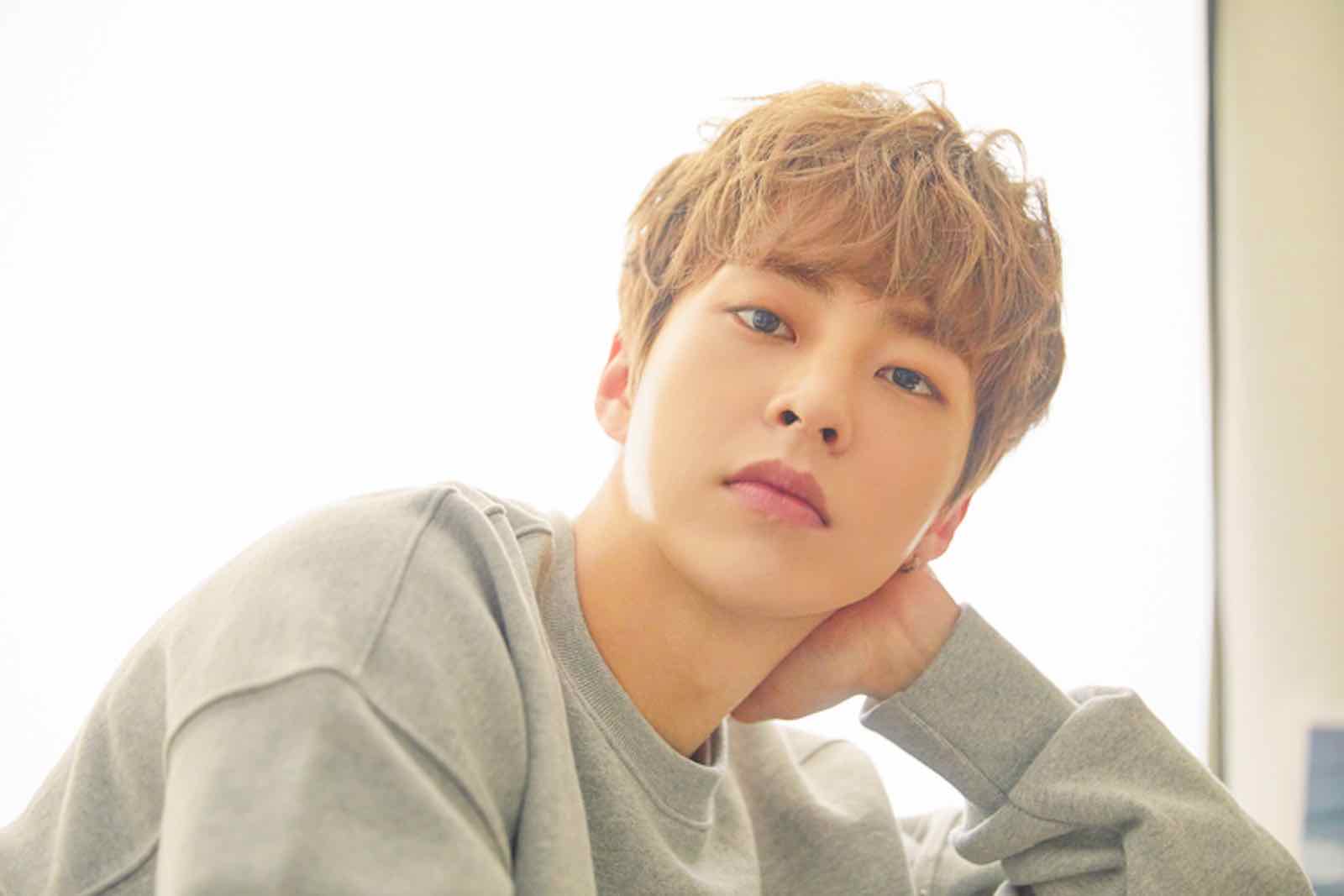 Kim Min Seok, or Xiumin, is a talented dancer & singer and is also the oldest member of EXO. Before his life in music, Xiumin was an athlete and is trained in Kendo, Taekwondo, Wushu, and Fencing. Though he initially tried to sign with JYP Entertainment, he eventually got a contract at SM Entertainment shortly after he was rejected by JYP.

Though he has acted in a movie & K-dramas, Xiumin tends to go for musical theatre roles and has been in three since 2015, including two army musicals during his active duty service. Xiumin has also collaborated with other K-pop idols like AOA’s Jimin & NCT’s Mark. Shortly after he enlisted in 2019, Xiumin released his debut solo, “You”. 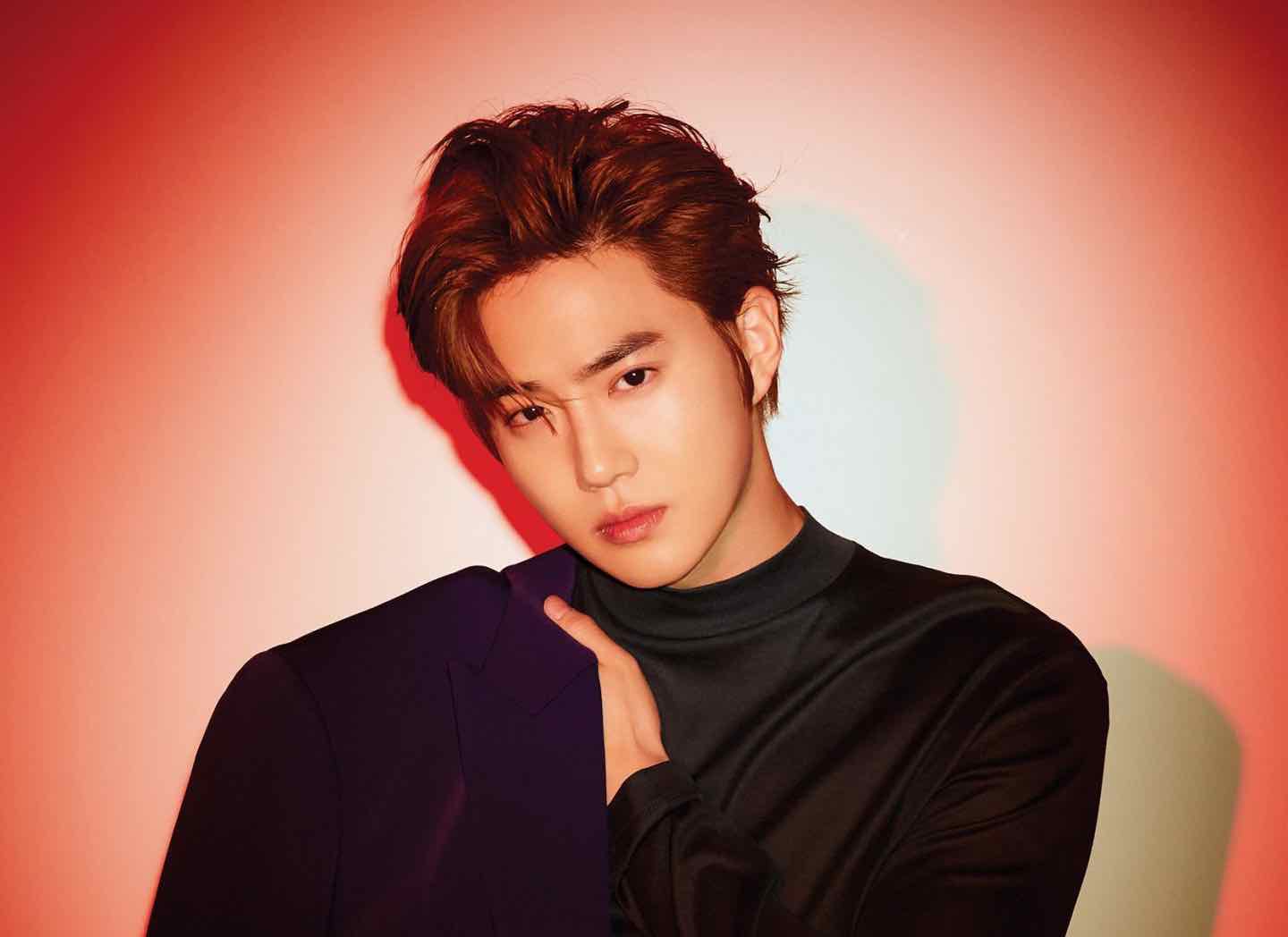 Suho was an early trainee at SM Entertainment, having joined the company in 2005. Suho, who’s full name is Kim Jun-myeon is seen as the leader & main vocalist of EXO, according to K-profiles. Suho is an avid collaborator, as he’s collaborated with some of his EXO bandmates, including Chen in “Beautiful Accident”, and he teamed with jazz pianist Song Young-joo in “Curtain”. He also had two duets with Jang Jae-in in 2018.

Like some of his fellow EXO members, Suho has acted in a number of projects, including movies, K-dramas, and musical theatre. He’s played the lead role in The Man Who Laughs twice and received praise during his first run in 2018. Almost two months before he announced his enlistment, Suho released his solo debut with the EP, Self-Portrait.