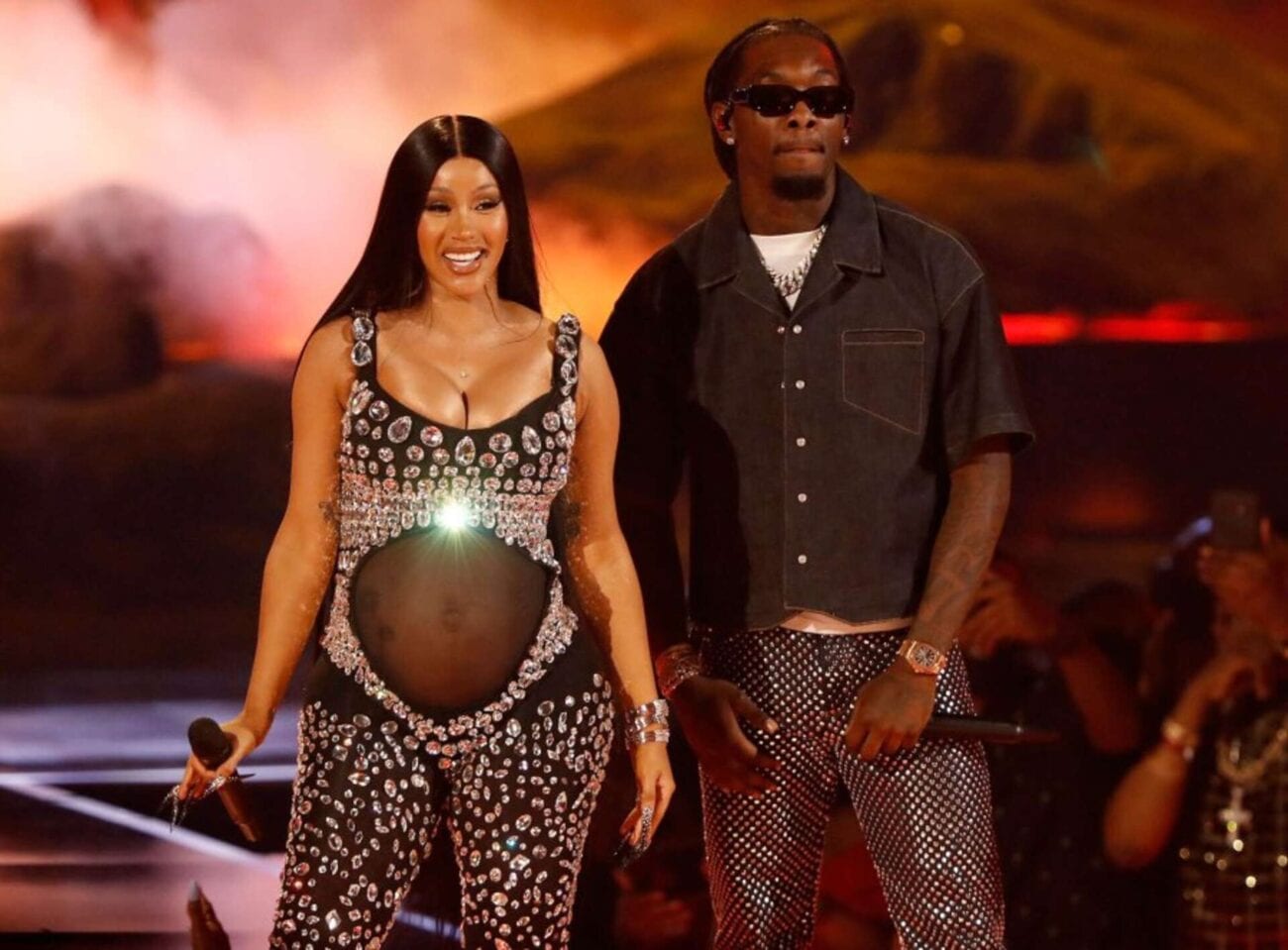 Cardi B kids: Everything to know about the shock announcement

It looks like Cardi B is ready to add more kids to the family! On Sunday, the rapper shared the exciting news to the world alongside her husband Offset and the rest of rap group Migos at the BET Awards. The act definitely made history as one of the most iconic things to happen at a music award’s show. So when is the little one due and what do we know about Cardi B’s happy pregnancy so far? Let’s take a look at the details here.

So just how did musician Cardi B make the big announcement that she was about to have more kids in her family? Well, the rapper announced the news to the world while doing what she knew how to do best of course: perform! The star decided to tell the exciting news through her performance on Sunday evening at the annual BET Awards. The rapper was set to perform with her husband Offset and his rap group Migos.

After the trio of Migos finished performing their song “Straightenin”, Cardi B joined the group with her huge news on having kids. Well, she actually didn’t have to say anything about her pregnancy directly, as her gorgeous outfit was made specifically to reveal her adorable baby bump. As she joined the group to perform the song “Type Sh*t”, people cheered as they saw her now-big belly. Could the announcement be any more iconic?

The rapper stunned the crowd in an embroidered Dolce & Gabbana bodysuit, and a sheer panel at her abdomen revealed Cardi B’s precious baby bump. Stylist Kollin Carter also posted a special behind-the-scenes look at the entire outfit, which also included matching leggings and shoes. The bodysuit was covered in gorgeous, glittering, and super shiny gems. Even Cardi B’s jewelry and nails matched the gem theme.

I just know these two will love each other soo much and argue soo much since they're 3 years apart…just like me and Henny 😩. But one thing for sure is they'll have each other’s back like no one else ever will 🙏🏽🙏🏽 pic.twitter.com/Tf1Pl5cDem

Another addition to the family

Cardi B is no stranger to having kids, as she and husband Offset are already parents to their adorable daughter named Kulture Kiari, who will be turning three in July. Offset also has other kids himself who include his six-year-old daughter Kalea, his six-year-old son Kody, and his eleven-year-old son Jordan, from other previous relationships. This will be the second addition to Cardi B and Offset’s growing family.

After the iconic performance that left fans crazy in happiness for the two parents, Cardi B soon confirmed the pregnancy news through her Instagram by posting a gorgeous photo of her baby bump that she captioned: “#2! ♥️ @offsetyrn”. She even tagged Offset in the photo right on her big belly. The photo revealed Cardi B posing to her side in nude wearing gold jewelry and holding what appears to be a white plaster cast on her belly.

Twenty-eight-year-old Cardi B and twenty-nine-year-old Offset got married back in September of 2017. However, it wasn’t all glitter and rainbows. The two have faced many ups and downs in their relationship, and the two even filed for divorce last fall. However, by November, the two had changed their minds and fallen back in love, and even enjoyed an adorable vacation this past Valentine’s Day with one another.

We listened to each other, communicated, prayed and then God blessed us and our family with another little blessing. Our home feels so blissful and very busy 😩but we are ready and so happy!! Thank you soo much everyone for the congrats and well wishes 🤗 pic.twitter.com/HxX5i8PMuy

After their iconic performance at the BET Awards on Sunday night, host Taraji P. Henson joked to the audience: “Cardi B and Offset, giving us life – literally”. However, this wasn’t the first time Cardi B made a pregnancy announcement on live TV. Back in August of 2018, Cardi B also announced her previous pregnancy in a live TV appearance as she performed on Saturday Night Live.

So if she keeps up with this pattern, what iconic performance will fans be getting once the rapper has her third child? We can’t wait to see it, and we’re so excited to hear about Cardi B’s new addition to her family.