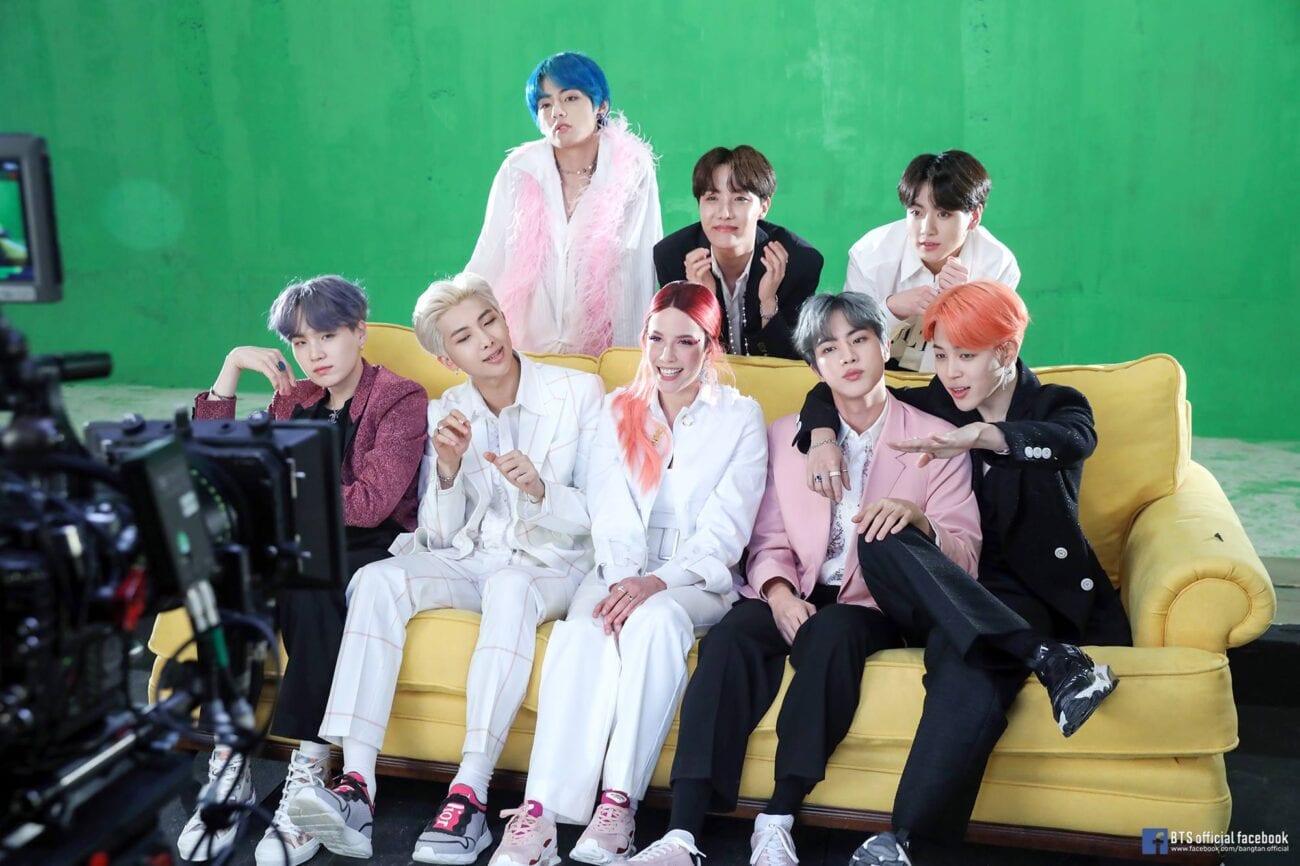 “Boy With Luv”: All the American artists BTS has collabed with

K-pop has quickly grown a music genre over the past twenty years, largely in part thanks to video sharing platforms like YouTube and social media sites like Twitter and Instagram. K-pop groups that would’ve never had fans outside of South Korea are gaining fans in droves.

Of course, arguably the biggest K-pop group to benefit from this is BTS. Making their debut in 2013, the idol group has skyrocketed, becoming one of the best-selling musical acts of all time worldwide. Selling out stadium after stadium, getting hit after hit, the K-pop group just can’t stop. With their dedicated ARMY behind them, it’s no surprise BTS has found themselves collabing with some of America’s best selling artists.

Most recently, BTS collaborated with pop singer Halsey on the song “Boy with Luv” off their album Map of the Soul: Persona. But that’s far from the first singer to collaborate with the group. 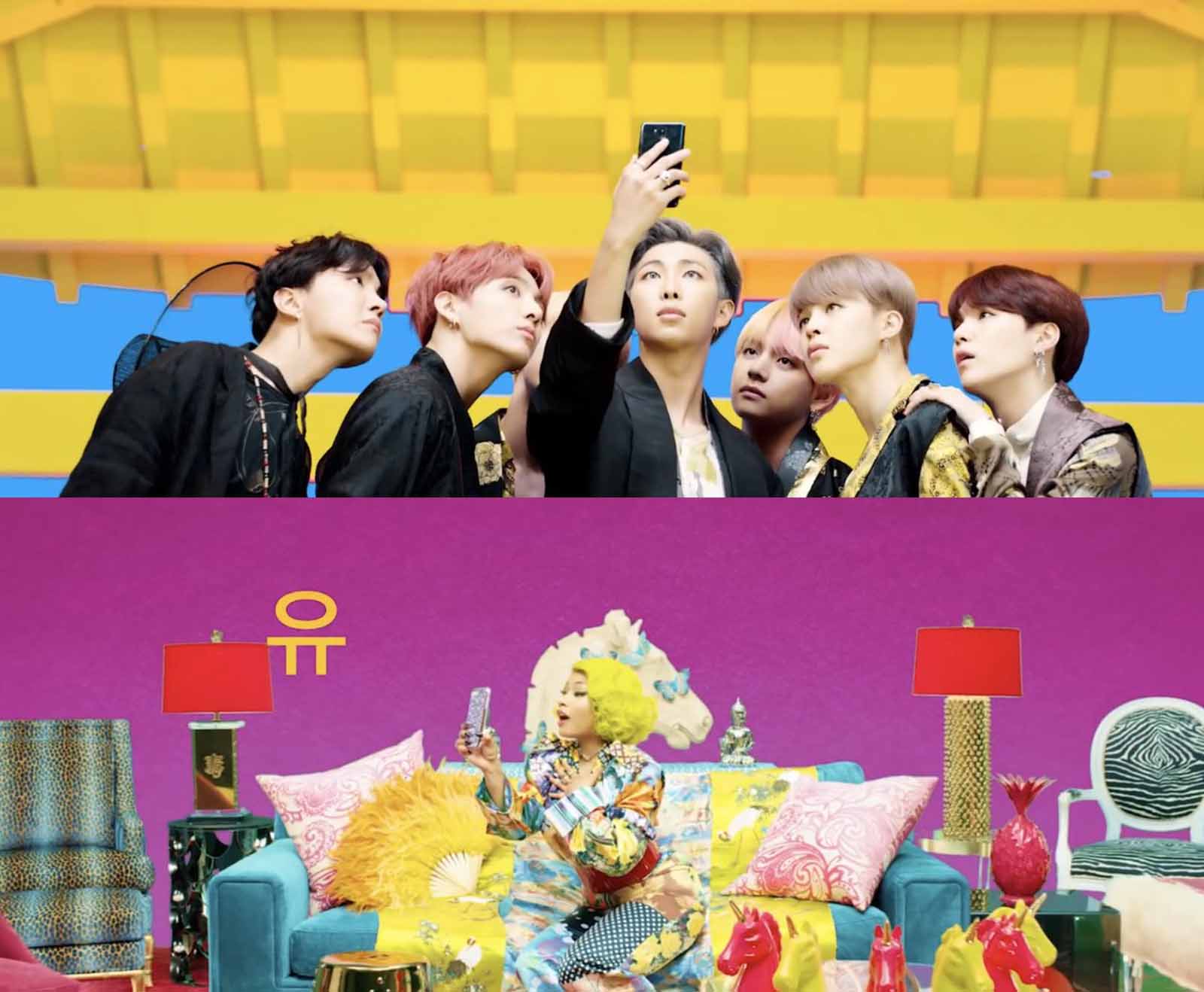 Nicki Minaj appeared on an alternative version of the single “Idol” off BTS’s album Love Yourself: Answer. Nicki also appeared alongside the boys in the video for “Idol” in a brightly colored ensemble to match the video. Of note, behind Nicki when she raps is the lines in Hangeul, the Korean alphabet. That was one-hundred percent Nicki’s idea, and it’s a great way to respect the culture of K-pop. 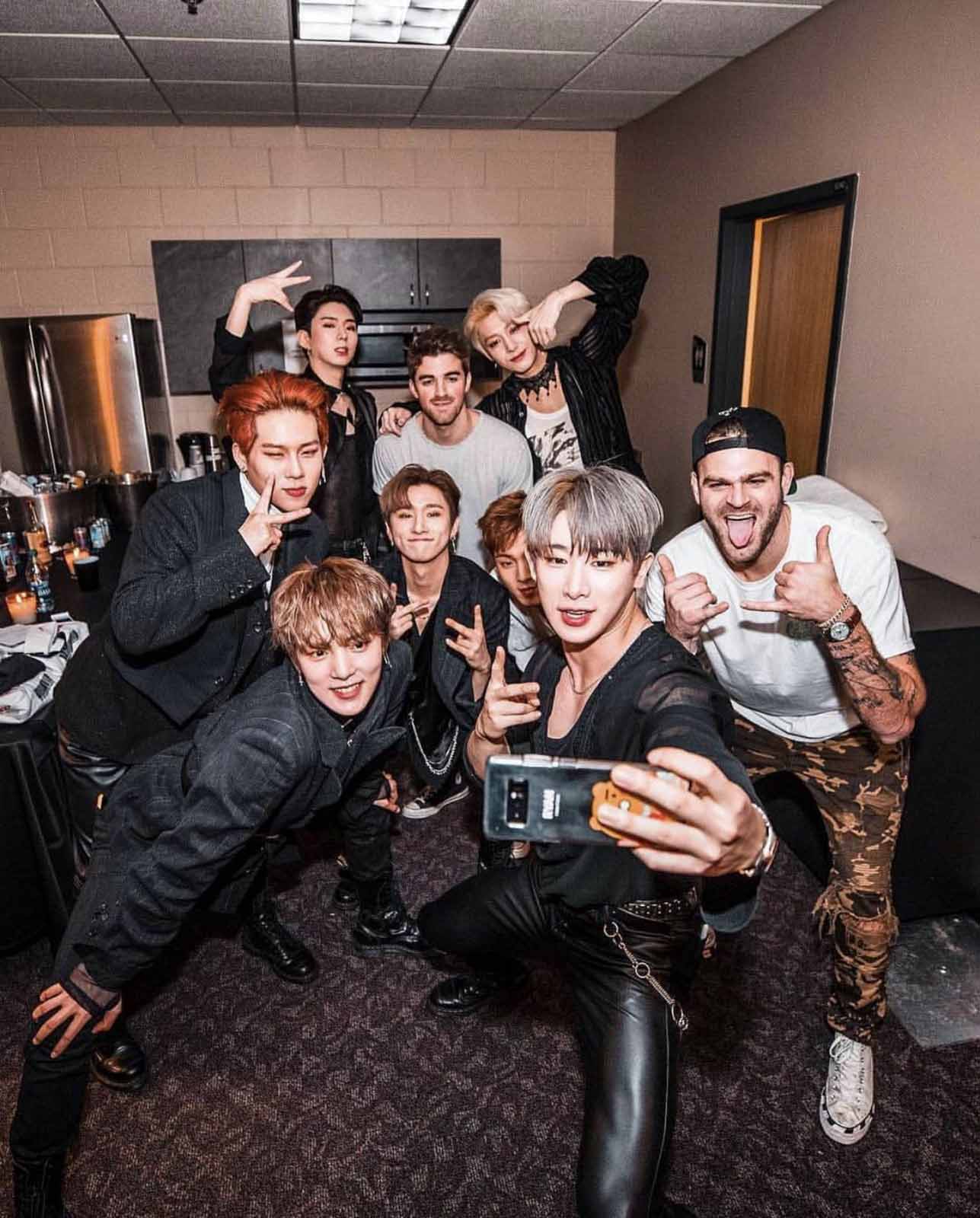 “Best of Me” — The Chainsmokers

The first official English collab for BTS, the legendary EDM group teamed up with the boys for this song off their EP Love Yourself: Her. If you know The Chainsmokers’ music, then you know how good of a collab this is without even hearing it. Ironically, this collab happened because both groups met at the 2017 Billboard Music Awards. 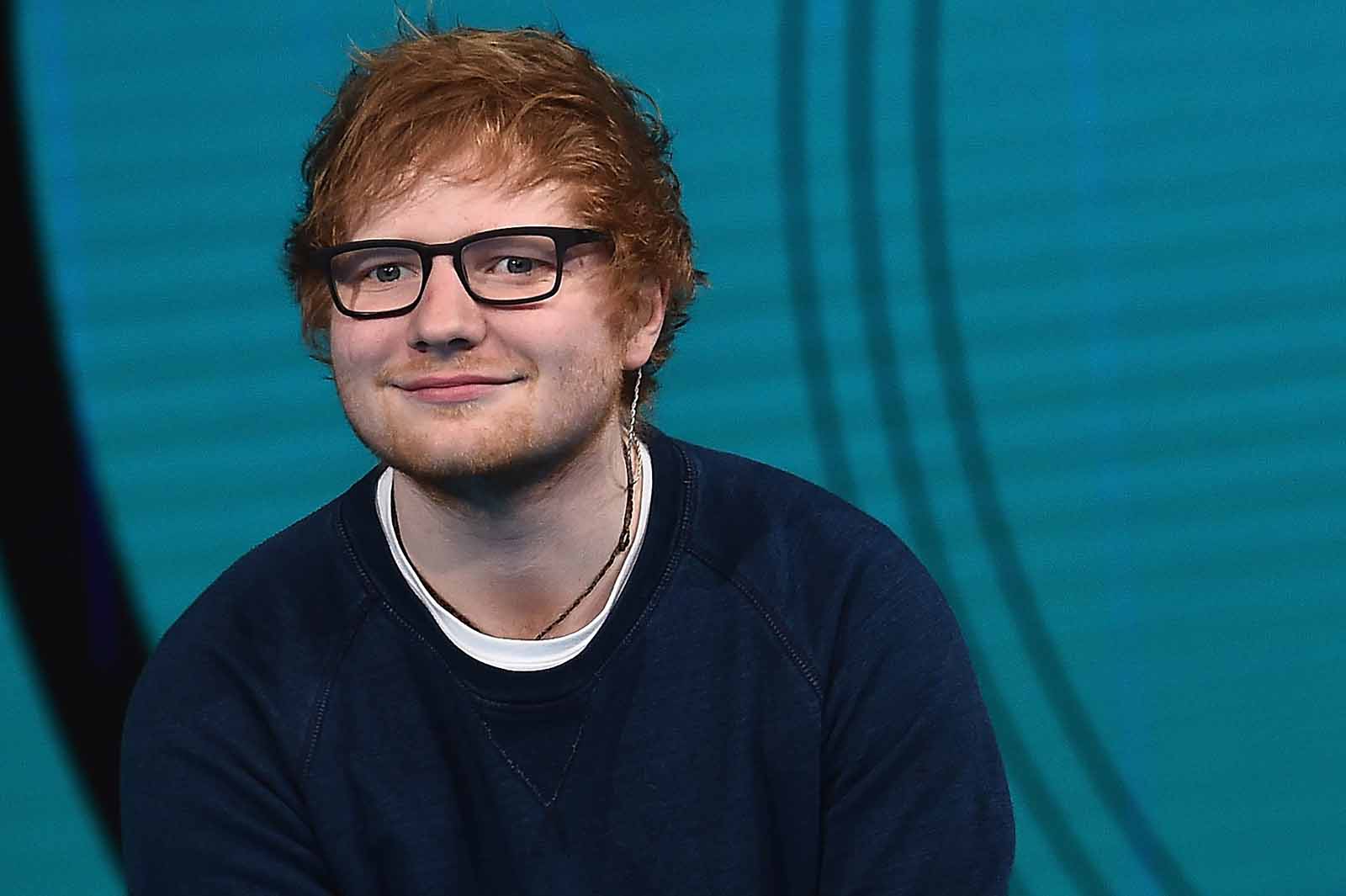 You probably didn’t even realize this was a collab, as Ed Sheeran isn’t vocally present on the song. Instead, Ed lent his songwriting talents for the song, alongside Suga, RM, and JHope. When you relisten to Map of the Soul: 7, relisten to “Make it Right” and you’ll quickly hear Ed’s talent pop out in the melody. 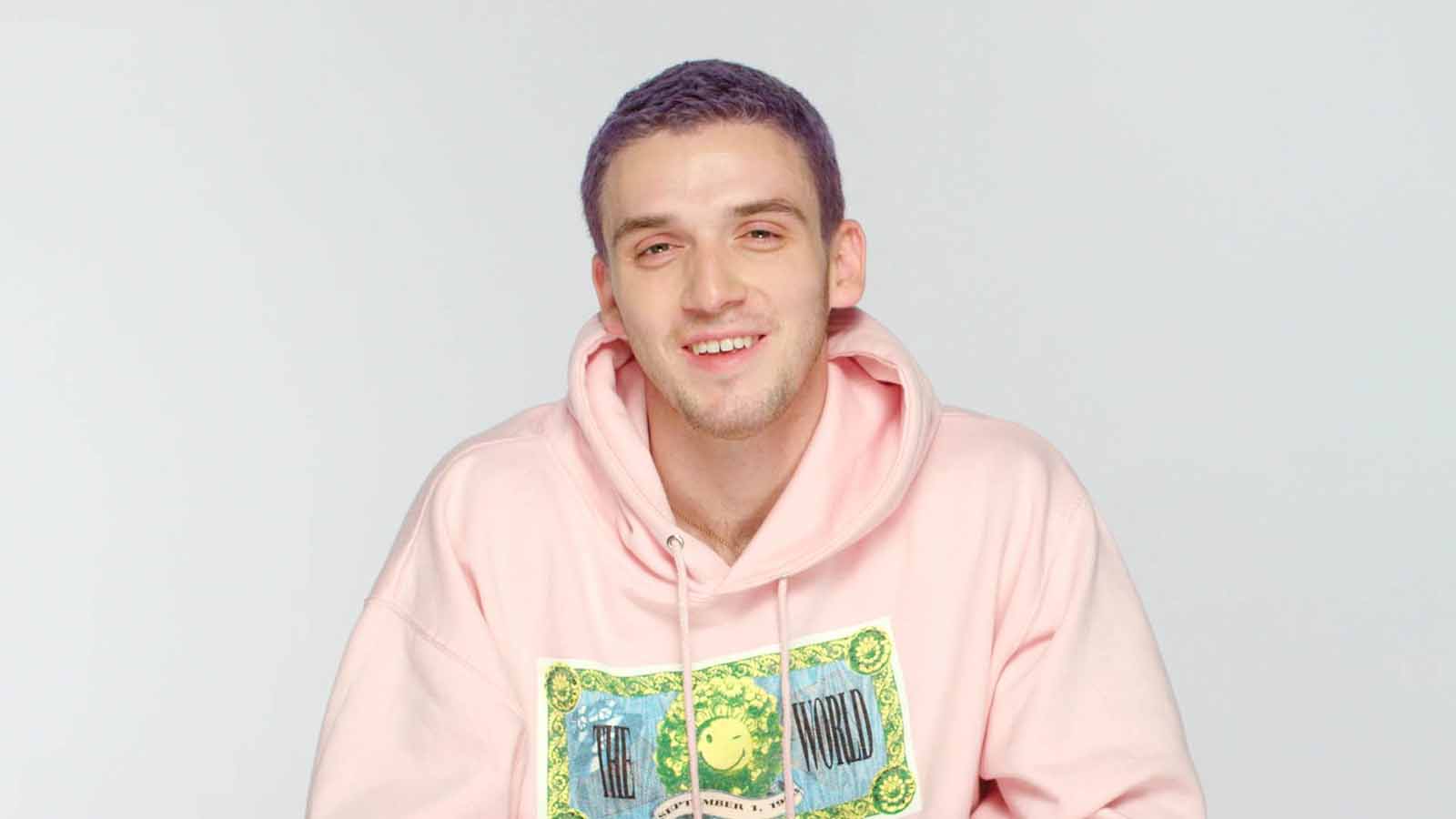 Talk about a double play! While Ed wrote the song for BTS, BTS remixed it and added in Lauv to it for Map of the Soul: Persona. Considering how falsetto-heavy the original track is, Lauv was the perfect feature to add in for a remix. BTS later repaid the favor and appeared on “Who” off of Lauv’s debut studio album How I’m Feeling. 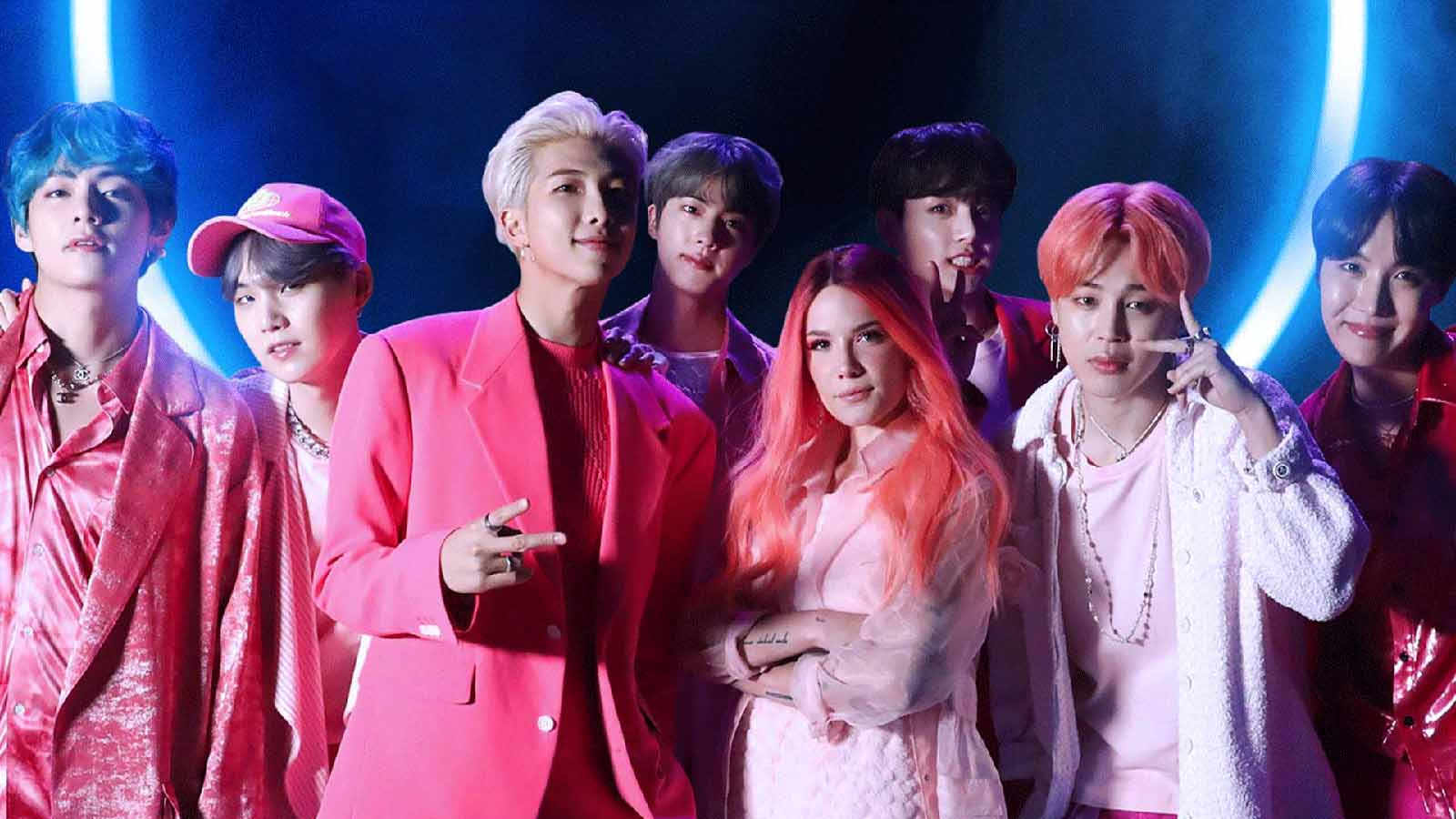 Another connection made at the 2017 Billboard Music Awards, Halsey lent her airy voice for the chorus. The sister track to “Boy in Luv” released in 2014, BTS listened to “Boy with Luv” and immediately knew Halsey was the perfect addition to the song. It paid off too: Suga scored his own solo on Halsey’s next album Manic in the song “Suga’s Interlude.” 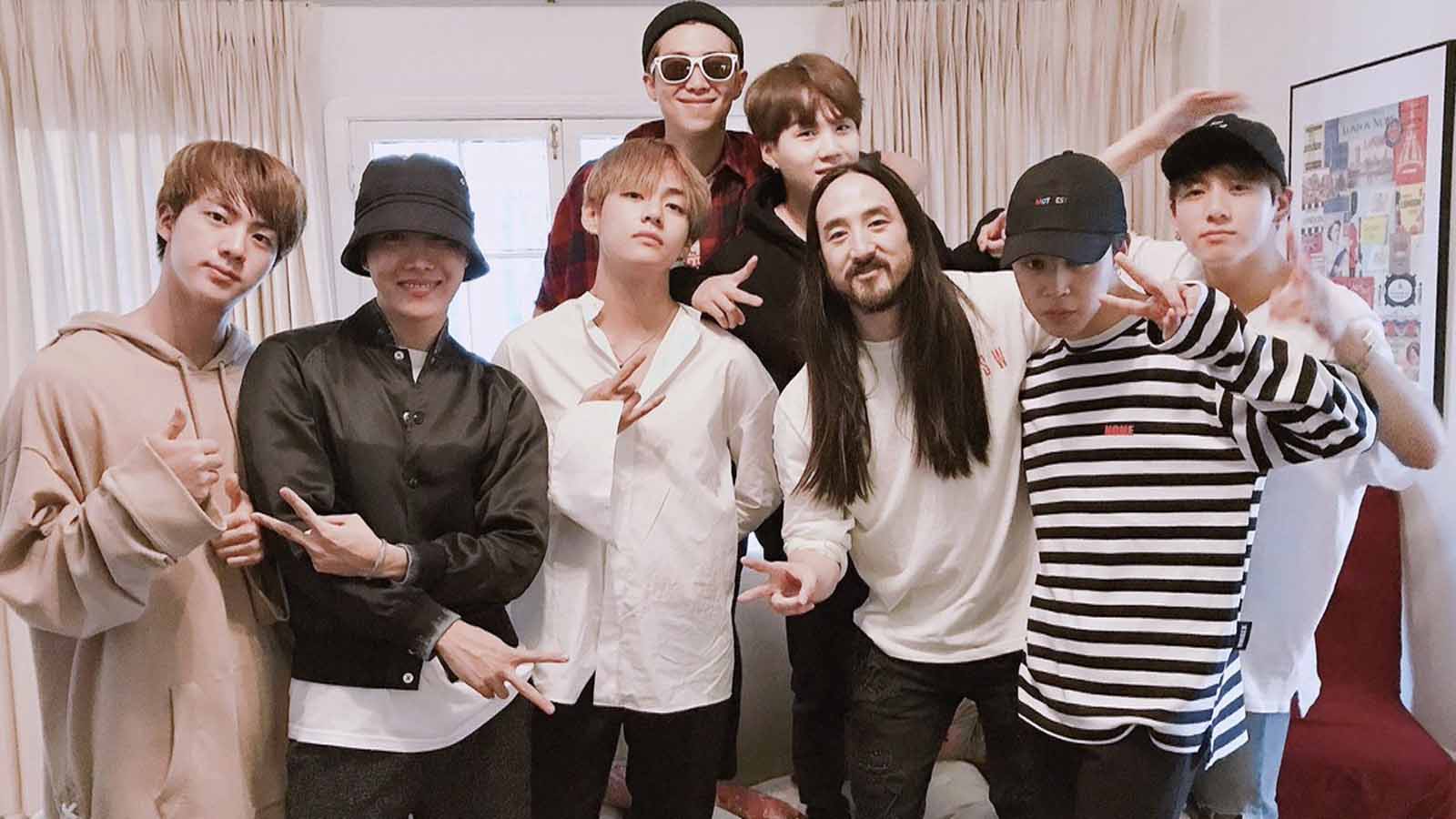 The most frequent collaborator for BTS, Steve Aoki initially was connected to the group through his remix of “Mic Drop”. Later on, BTS contacted Aoki for an official collab. They authorized an official remix of “The Truth Untold”, and Aoki helped them create their first all-English song “Waste It on Me”.

If you want to get to know the boys of BTS better, you can learn about the story behind their various nicknames here.