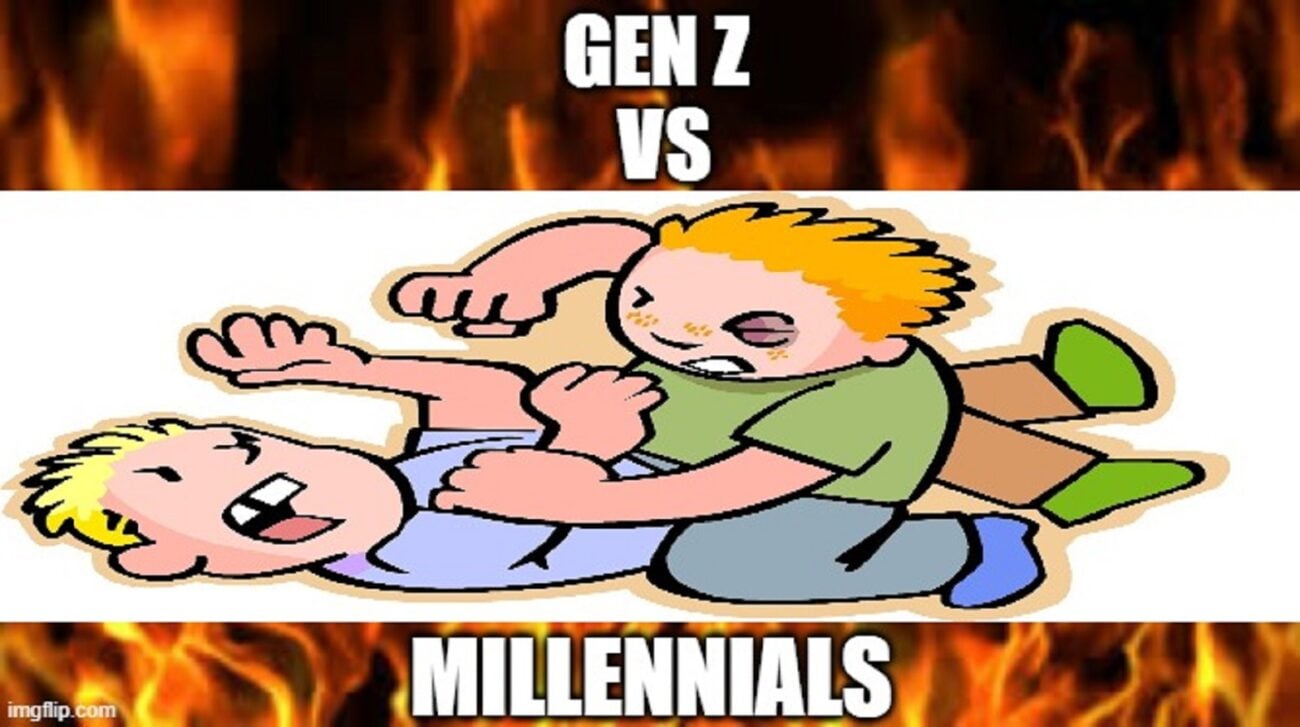 Millennials vs Gen Z: The best memes from the ongoing fight

Whose team are you on: Gen Z or millennials? The fight is on, and it’s heating up every day. Gen Z has roasted millennials for their fashion choices & hairstyles, while millennials are hitting them right back with critiques of their youthful lingo. Here are some of the best memes on Twitter from the ongoing fight.

Me, as a young Millennial, rocking my favourite friggen jeans, the boyfriend cut: pic.twitter.com/P539d2GNJW

One millennial pointed out they hold leverage in this fight because they were present in the . . . troubling . . . nascent stages of the internet.

I don’t think about you

Another advocate for the millennial argument repurposed an iconic moment from Mad Men where Michael Ginsberg (Ben Feldman) confronts Don Draper (Jon Hamm) whose result is a pretty sick burn.

One person pointed out that the age gap between millennials & Gen Zers makes the whole thing kind of awkward, as it means adults are fighting with teens.

Another person argued that, if you have younger people in your life, you might be used to the Gen Z abuse enough to let the whole thing go once and for all.

Another Twitter user came for the Gen Z tendency to turn little inconveniences into “trauma,” and we can’t help but laugh.

Do you have someone in your life who sends you TikToks in texts? This might have just exposed them . . .

Honestly all of the #GenZ students I’ve worked with are incredible. They are some of the most empathetic & thoughtful people I know, even at a young age. Way more in-tune with themselves & the world than I was. I am lucky I have the privilege to see the bright future first hand!

A case for Gen Z

One person came out with a heartfelt firsthand comment about Gen Z students, explaining that they were some of the most “empathetic and thoughtful” people she’s ever worked with. And we thought that was a pretty good case for the Gen Z side of the argument.

today let’s hear it for millennials, the only generation that is normal and has done nothing wrong

In the last week, I've been told side parts, skinny jeans, and the😂 emoji are uncool to Gen Z.

Listen, I spent a lot of time worrying about being cool when I was growing up (it never worked). I'm totally fine with being uncool now. :)

It’s okay to be uncool

One Twitter user spoke out about how this discourse has made her realize she’s actually uncool, and she’s cool with that. And, hey, if skinny jeans are wrong, well we don’t want to be right.

Anyone else feel personally victimised that Gen Z think our side partings and skinny jeans are uncool 😂 #GenZ #millennial pic.twitter.com/KdMXCAdGEM

One Twitter user repurposed an iconic GIF from Mean Girls, illustrating how tough it can be to be ganged up on by Gen Zers. We feel you, Twitter user.

How a Gen Z gay introduces me when he invites me to a group text. https://t.co/ieEZnNY3hp

This picture of an old turtle is actually how we feel when we’re introduced by Gen Zers, and we’re not okay.

The battle of the side parts

This moment in There Will Be Blood reminds us a lot of arguments between Gen Z & millennials. Hopefully, no one comes along and drinks our milkshake.

With the fight between Gen Z & millennials heating up, we know it isn’t coming to an end any time soon – all we can really do is grab some popcorn and watch the chaos unfold. Whose side are you on? Let us know in the comments below.