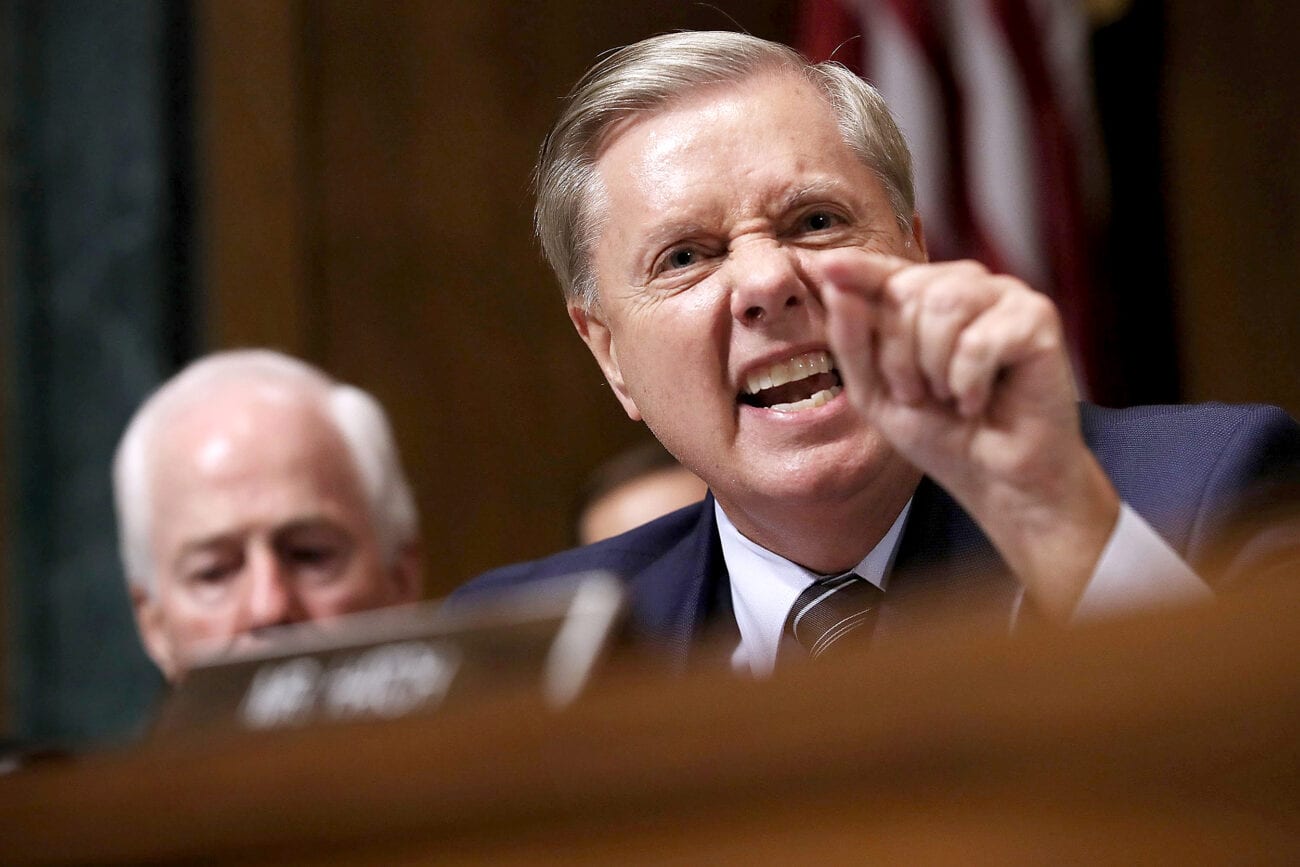 Senator Lindsey Graham is being controversial again: The best memes

You know who doesn’t get enough hate? Senator Lindsey Graham. He’s flip-flopped so many issues on Donald Trump, we should be wearing him to the beach. The Republican senator from South Carolina can’t help being controversial.

He kind of slips by with Ted Cruz, Mitch McConnell, and Donald Trump, but his rhetoric is all the same. Whether it’s his lack of backbone standing up to Donald Trump or defending Marjorie Taylor-Greene’s racist, antisemitic, or death threat posts on Facebook, Twitter can’t help but call him out. Here are some of the best tweets targeting the Senator.

Maybe I'm just slow on the uptake and people have been chortling over this forever, but I happened to hear Lindsey Graham today and thought for a moment it was Barney Fife. Spooky soundalike. Now I'll never get that thought out of my head. pic.twitter.com/hVCxZtkHVR

Which one’s the senator? We can’t tell.

Apparently, Sen. Graham can predict the future. Maybe we should ask him for lottery numbers.

That he’s really a weasel pic.twitter.com/7ayBvf3XyC

Is he getting things done? Yes, he is. Is he going about it morally & ethically correct? Maybe not.

The only thing more frightening than our country’s divisive future is this Photoshop job. We would like to ask the Wonderful Wizard of Oz to erase this meme from our memory.

Despite the evidence, news reports, witnesses, and Trump’s own words, Twitter users claim Graham is purposefully ignoring the facts.

Thanks for the input, but…

Thanks, Ross. You do speak for everyone every time Sen. Graham speaks, tweets, or walks into a room.

AOC: This is despicable. Robinhood needs to stand before Congress and answer for what they just did!

This was aimed at Ted Cruz, but it applies to Lindsey Graham to0.