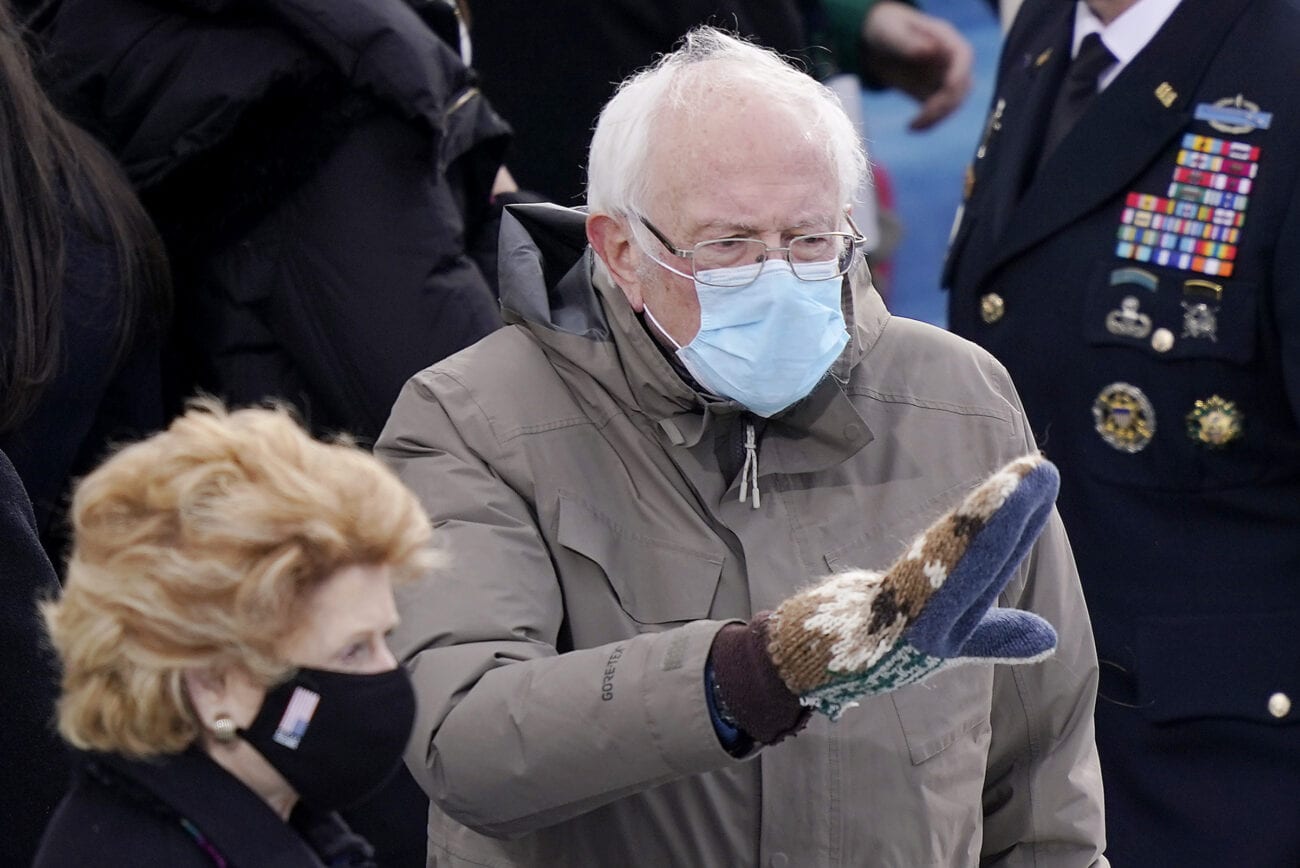 Well, folks, it’s finally here. Joe Biden’s Inauguration Day has cemented him as the forty-sixth president of the United States of America. With plenty of notable names in attendance, we’re curious about how our favorite Democratic Socialist is doing – isn’t that right, Bernie Sanders? After all, the brunt of today’s memes seem to be about him and his lackluster attire.

It’s expected to be a cold day in Washington D.C., as we can tell by the outfits many of the inauguration guests are sporting. Bernie Sanders, although ferocious in his tenacity, seems to be both cozy & casual during this monumental day for those who are happy to be rid of the last President, as Bernie Sanders looks like an old man who’s missing his rocking chair & sugar-free cookie.

Twitter is already on fire with some incredible Bernie Sanders memes today, and we’re here for it! Let’s check out some of the best Bernie memes during today’s historic inauguration of Joe Biden.

I see everyone mocking Bernie's "grandpa at the post office" vibe today but those mittens are clutch pic.twitter.com/cVwINTnqR6

We’re not sure what exactly Bernie would be delivering, but we just hope he remembered that the post office is closed on Sunday. Grandpa tends to forget.

Wait, is Bernie is wearing the same jacket from his meme at the inauguration? pic.twitter.com/q0DtVNpZbB

If he’s “once again asking for our financial support” then we may just have to help Bernie out . . . so long as it’s to help him afford a new jacket!

"I am once again asking for a space heater." https://t.co/2PmfOWFGYE

The Christmas season may be over, but baby . . . it’s still cold outside.

Everyone else: wearing giant, dressy black and grey coats

Bernie: This is my good jacket, and it keeps me warm. I’m wearing it pic.twitter.com/fZk9I90iVw

Bernie gets it. This isn’t the red carpet for the Tony Awards, after all.

We take it back. Apparently, it is a red carpet event.

Make no mistake, this is how Bernie would’ve shown up to his own inauguration as well. pic.twitter.com/IODzoGL1gJ

While Bernie Sanders may never be President of the United States, we’re pretty certain he’ll never be Don Draper, either.

bernie arrives at inauguration, carrying what can only be a copy of The Plan in his manila envelope pic.twitter.com/NLLxVcJk4G

Why does it feel like Bernie is the Walmart greeter for this whole event?

Is maple syrup brown the color of choice in Vermont? Asking for a friend . . .

Bernie’s mittens are made by Jen Ellis, a teacher from Essex Junction, Vt. She gave them to him 2+ years ago and was surprised when he began wearing them on the campaign trail. They are made from repurposed wool sweaters and lined with fleece made from recycled plastic bottles. pic.twitter.com/ErLr29lY2t

Does anybody remember that one childhood book where all those animals tried to squeeze inside of some little girl’s lost mitten? Do we know if they’re the same brand as Bernie’s?

Bernie looks fully prepared to leave this event early to mail his taxes and cash a cashier's check pic.twitter.com/mKJHshDs5T

Ohh, so that’s where the check for “the wall” went!