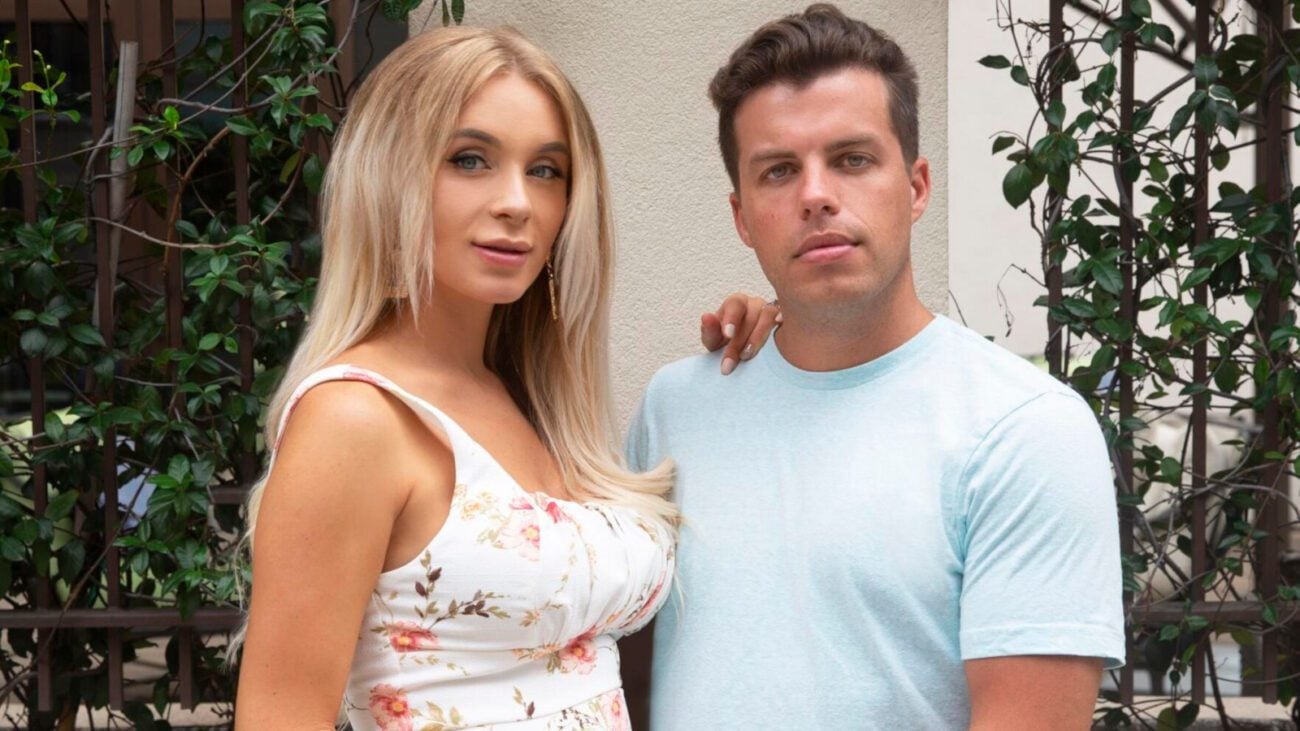 ’90 Day Fiancé’: Cringe at this TLC show with these memes on Twitter

90 Day Fiancé Twitter memes only exist today because of the lunacy the show’s brought to the table so many times in the past. The reality TV show itself is all about people coming together from different parts of the world to see if they might be able to manage a true love relationship. Occasionally, the pairs make great matches but it’s very common to see two people who don’t belong together at all. 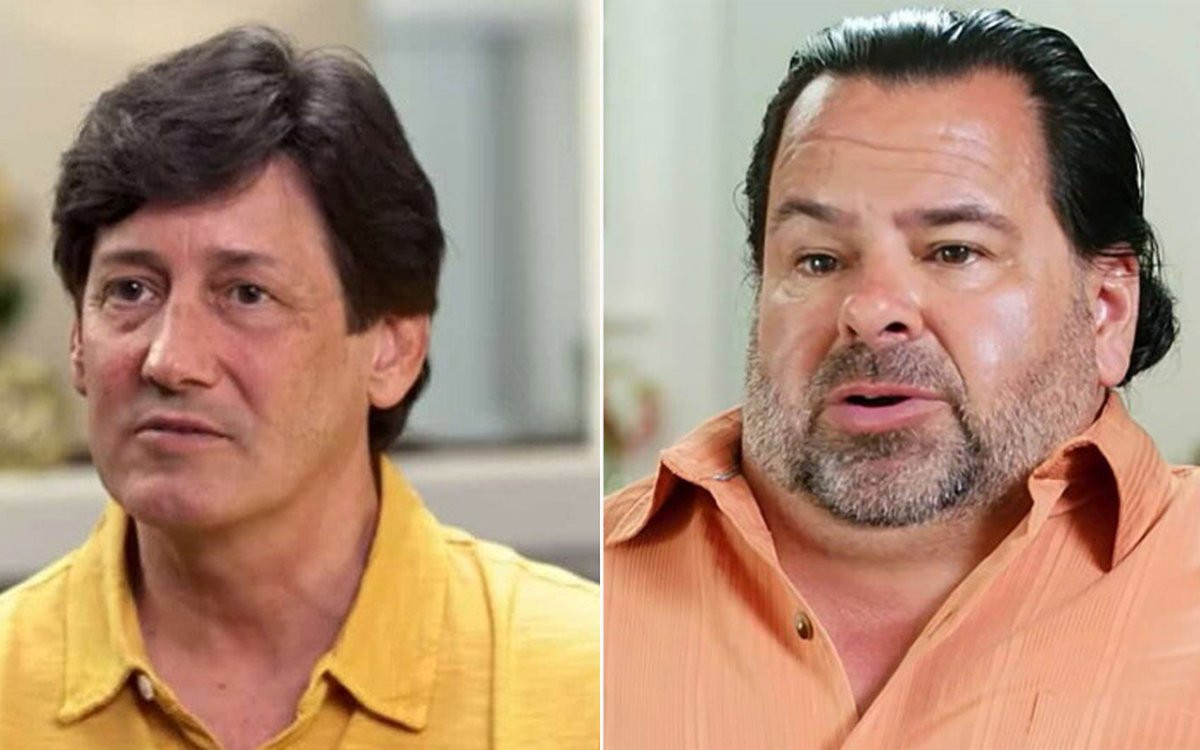 Who could forget about the messiness of Danielle & Mohamad’s relationship? She was clearly a lot more enticed by him than he was by her. She’d awkwardly hang all over him while he seemed to be visibly repulsed – yet the two got married anyway. By the time things were coming to an end, they got divorced and she was making claims that he had other women in his life.

The relationship between Darcey & Jesse was just as horrid. They shared a twenty-year age gap but that wasn’t the biggest problem at hand. They also generally didn’t get along because she was extremely sensitive and he was slightly immature. At one point, her teenage son even called them both out for acting like they were his age. 90 Day Fiancé Twitter memes were designed based on moments like these. 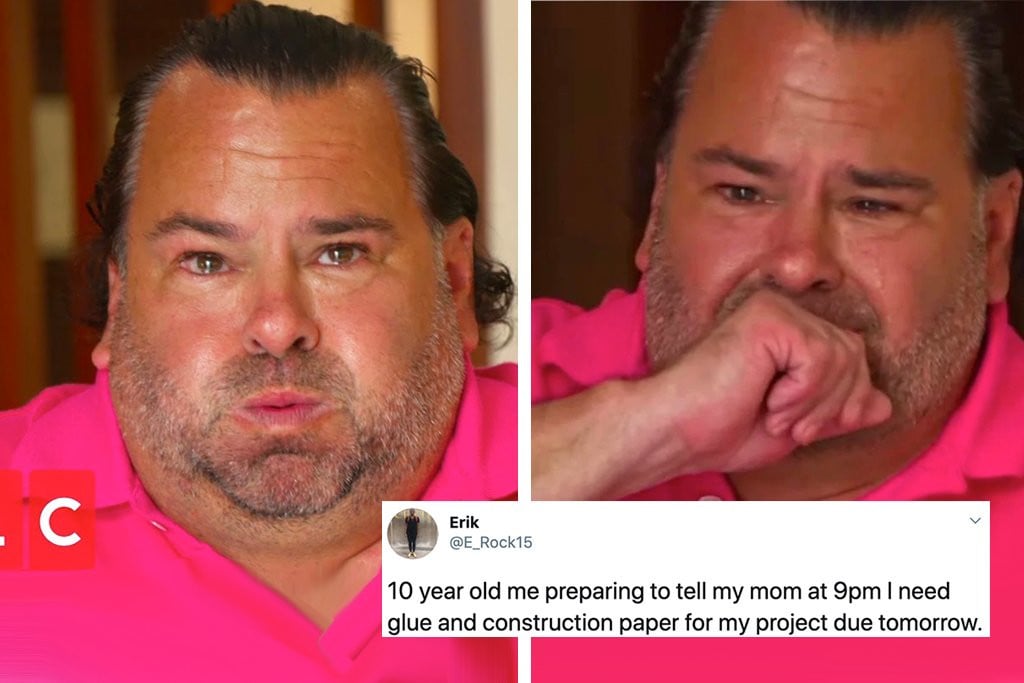 When you procrastinated as a student

As a kid when you’re in school, whether it’s elementary, middle, or high school, sometimes it’s easy to forget about pending assignments you have due. 90 Day Fiancé Twitter meme perfectly depicts the feeling of slight fear you have in telling your parents that you’ve got a last-minute project to work on! 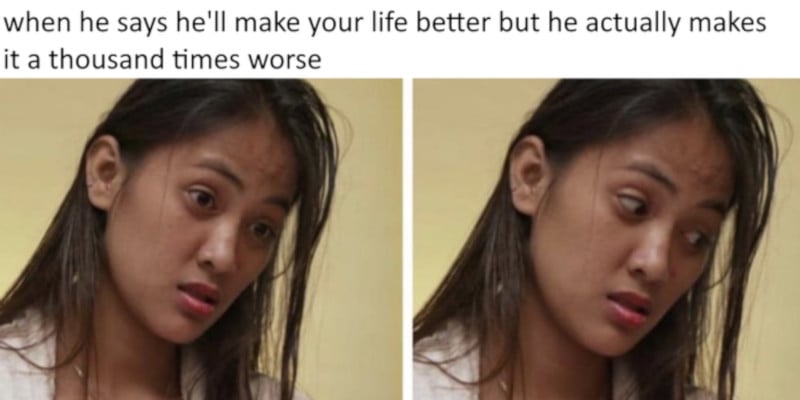 Thinking your new relationship is going to make you happier in life, only to find out that it’s actually making your life much more challenging can be a slap in the face. It’s best to make light out of negative situations like these though since most people deal with relationship woes in their lifetime at least once or twice. 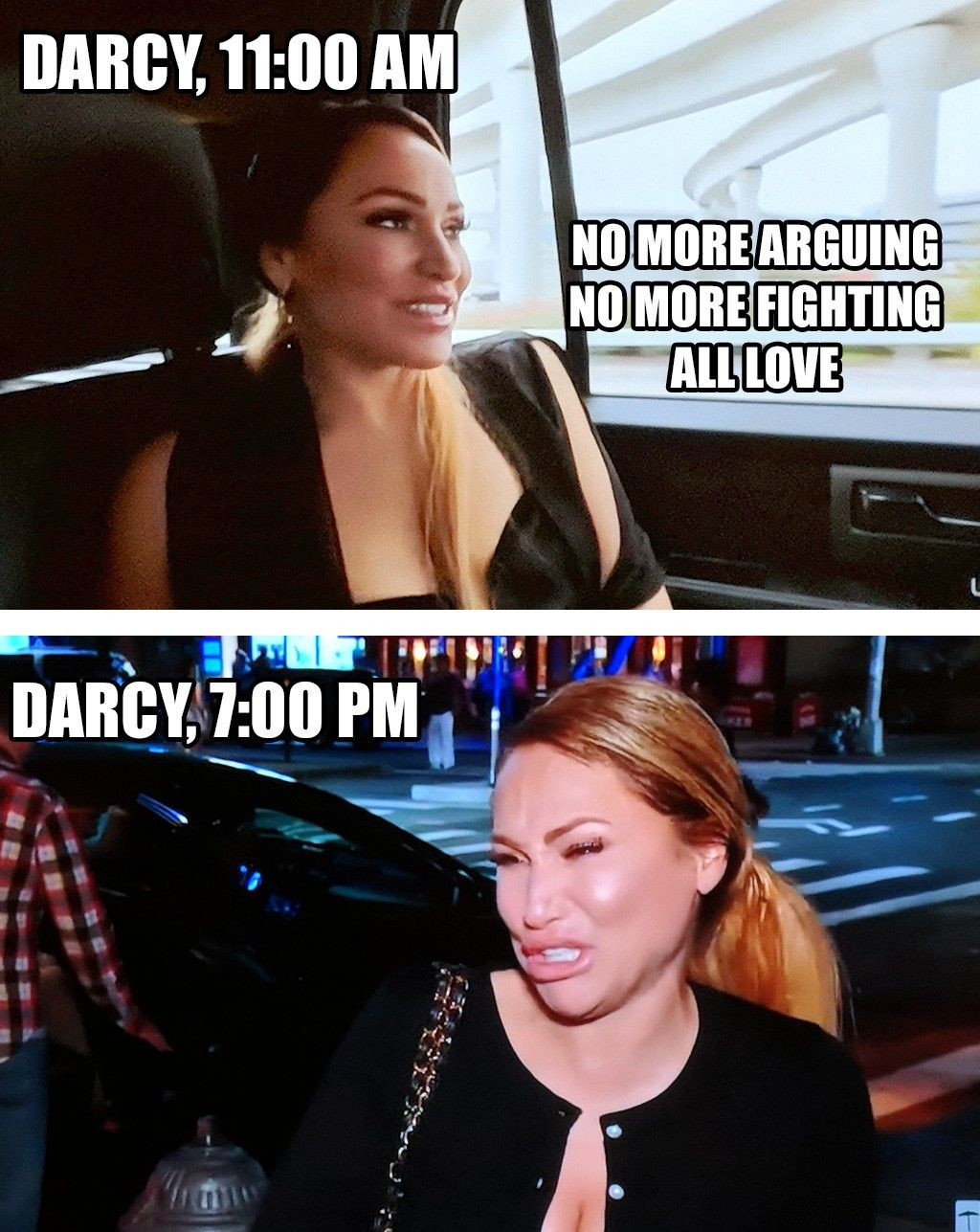 Inability to make a personality change

Darcey’s mood swing in this 90 Day Fiancé Twitter meme is so relatable to anyone who’s tried to make a serious personality change and failed. You might start your day off thinking about being cheerful, happy, and generally lighthearted. By the end of the day, the troubles that have been weighing on you make you realize that changing your way of thinking might be a little too hard. 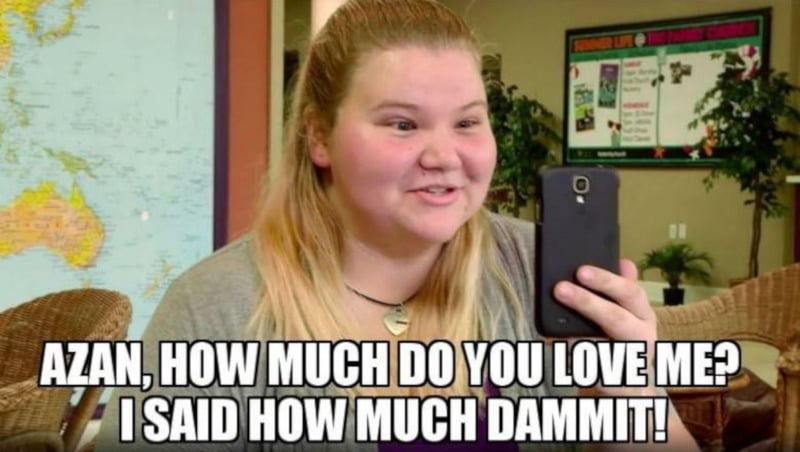 This comical meme from the show reminds us of what it feels like to have a serious crush on someone who might not return those sentiments. In 90 Day Fiancé, the running theme of many episodes depicts couples who aren’t actually in love . . . and usually one person loves the other one a lot more! Unrequited love is a relatable feeling that most human beings experience at least once in their lifetime. 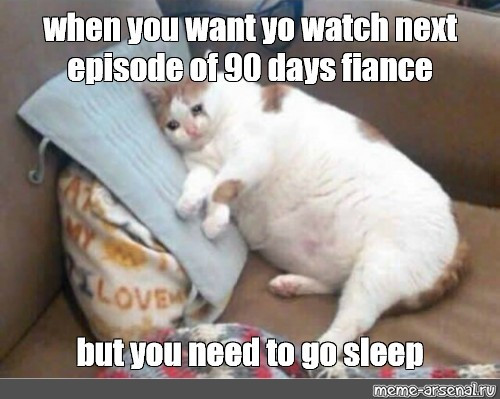 Too hard not to binge-watch 90 Day Fiancé

Enjoying an awesome reality TV show like 90 Day Fiancé is so entertaining, it can be so hard to stop watching! When we have work or school early in the morning the next day, the smart thing to do is press pause on the show. This meme is so relatable because most people are too tempted to keep watching each new episode of 90 Day Fiancé capturing all the side-splitting drama.