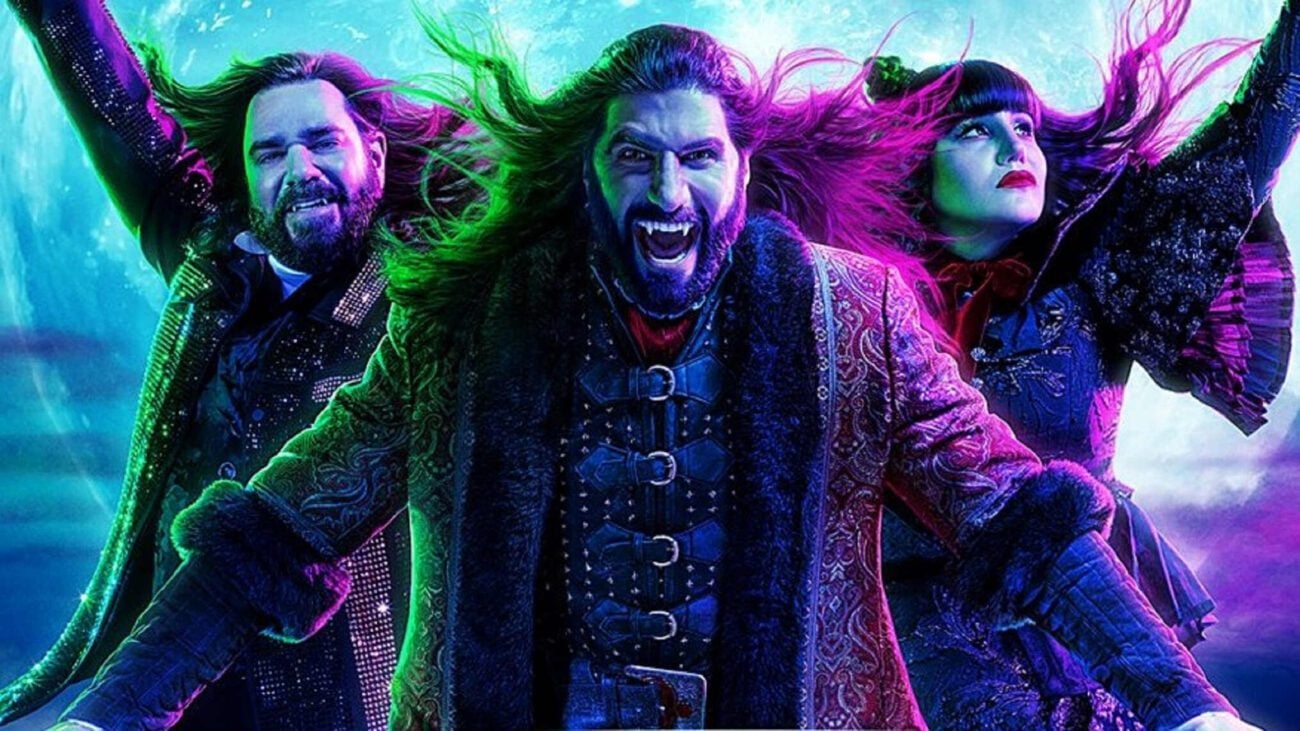 What We Do in the Shadows season 3 is here, finally! The series follows three ancient vampires, Lazlo (Matt Berry), Nadja (Natasia Demetriou), and Nandor (Kayvan Novak), as well as their familiar Guillermo (Harvey Guillén) and their energy vampire roommate Colin (Mark Proksch). The series is based on the film by the same name by Jemaine Clement and Taika Waititi that came out in 2014.

Season 2 ended on something of a cliffhanger after Guillermo saves his vampire friends while exposing himself as a vampire slayer in the process. Like many shows affected by the pandemic, What We Do in the Shadows had to delay production on season 3. A September 2nd release date was announced on FX & Hulu earlier this year. Happy What We Do in the Shadows day, everyone! 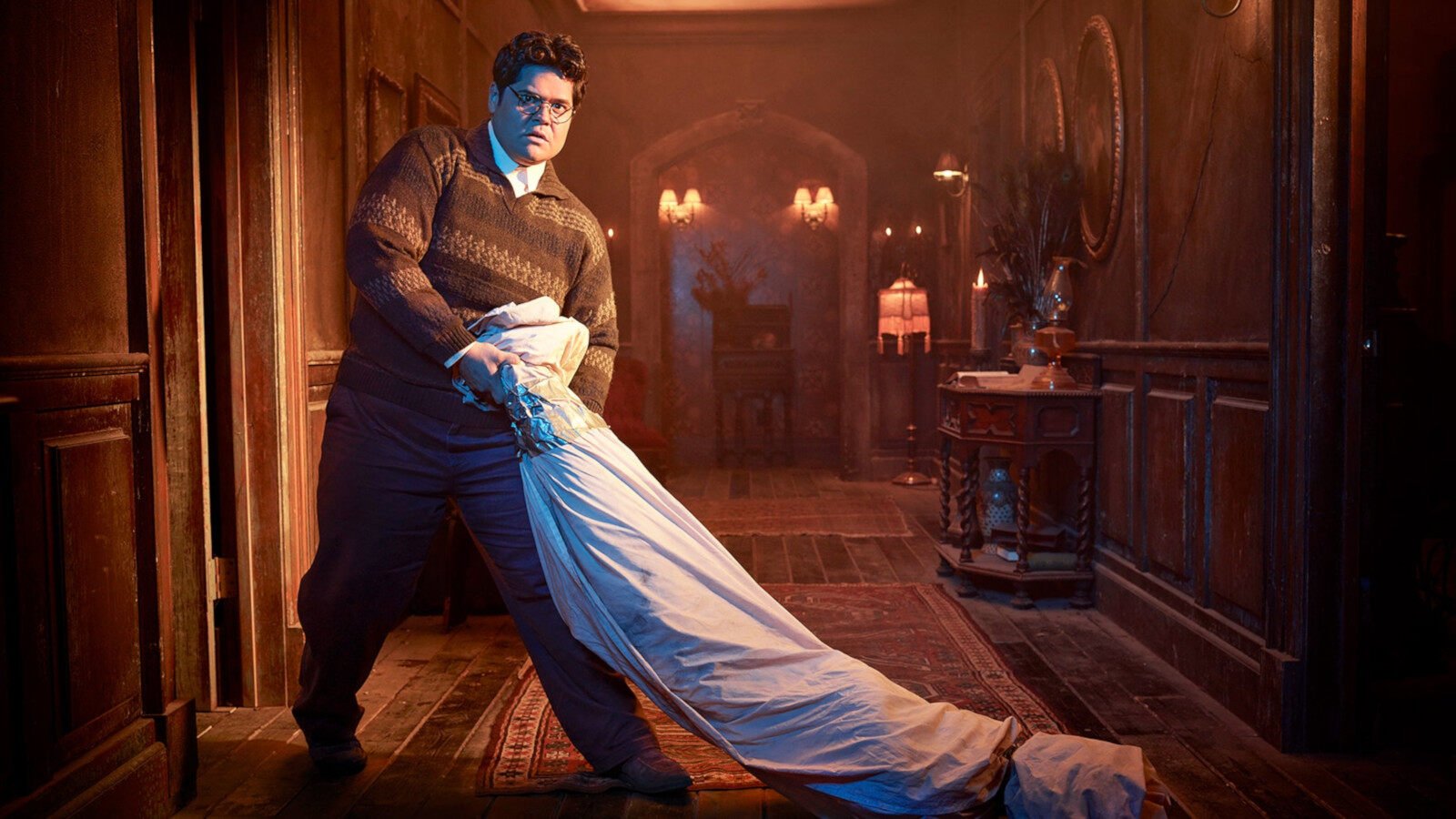 New episodes will air on FX on Thursdays and will be available to stream on Hulu the following day. Fans of other series on FX will be familiar with this routine. We’d like to take this opportunity to quickly recommend that you check out Reservation Dogs, another Taika Waititi creation available on FX & Hulu. Okay, back to the vampires.

What We Do in the Shadows takes place in Staten Island and is filmed in a mockumentary style. Season 3 picks up about a month after the events of the season 2 finale, and fans have been waiting to see if Guillermo’s newfound power will change the dynamic of the group that mostly uses him as a servant.

Season 1 quickly changed the minds of skeptics who didn’t think the series could live up to the original. As good as that first season was, season 2 was even better. Nandor’s familiar, Guillermo, struggles with all of his vampire-killing instincts telling him to kill his master. He even stumbles upon a vampire-killing club in his quest to find virgins for his masters to eat, and we got to watch Craig Robinson liken vampires to mosquitos. 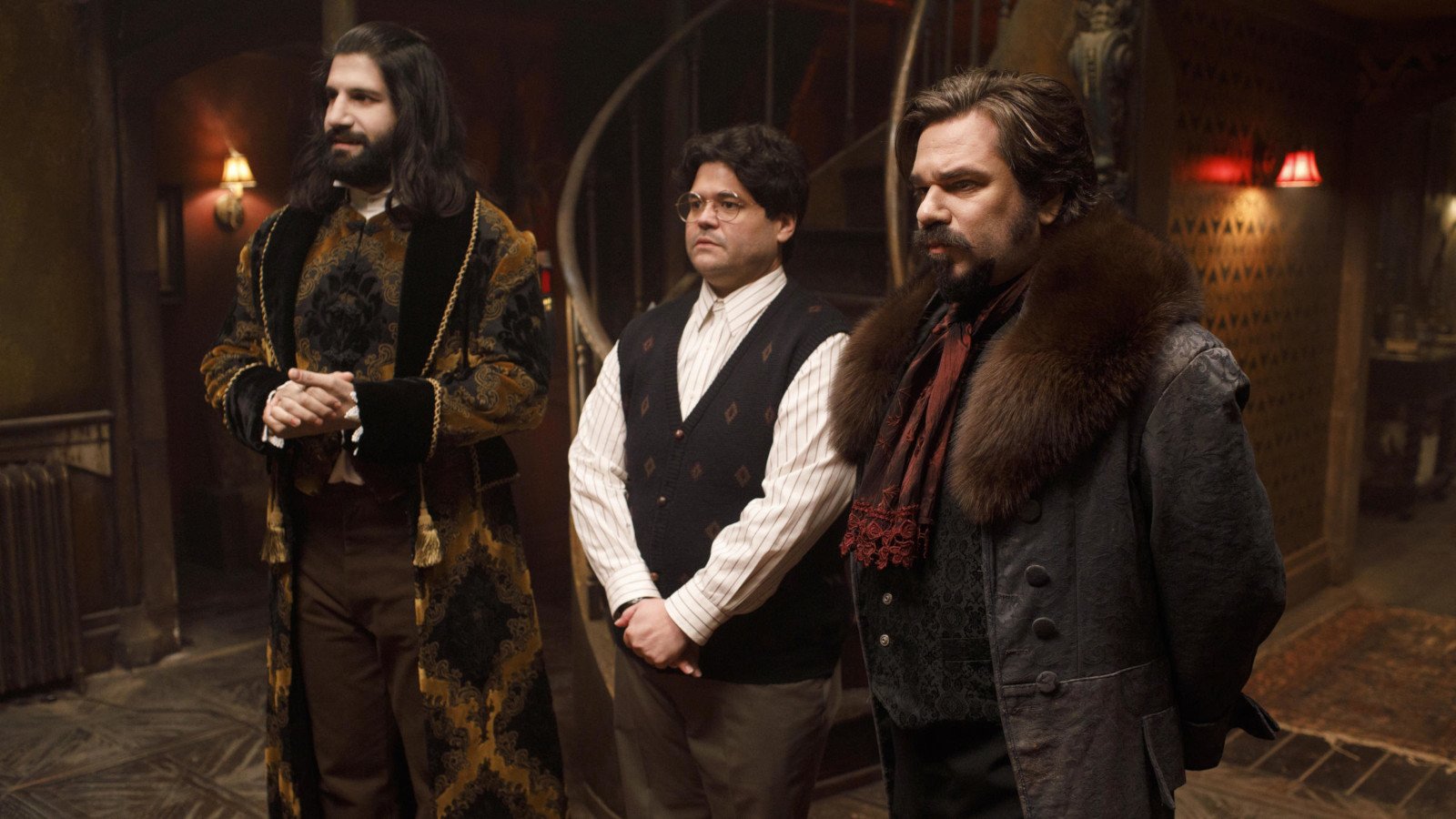 Did we mention that season 2 of What We Do in the Shadows is incredible? The gang deals with a ghost infestation and gets invited to a neighborhood Super Bowl party, which they all thought was a Superb Owl party. The latter is also the episode where Guillermo stumbles upon a vampire-killing club, making his efforts to ignore his relation to Van Helsing even harder.

Nandor falls victim to one of those “share this or you’ll be cursed” emails, and he takes it very seriously. Meanwhile, Guillermo accidentally kills vampires left & right in his efforts to stop his masters from being killed. Colin gets a promotion at work and drains so much energy that everyone around him starts to immediately fall asleep. 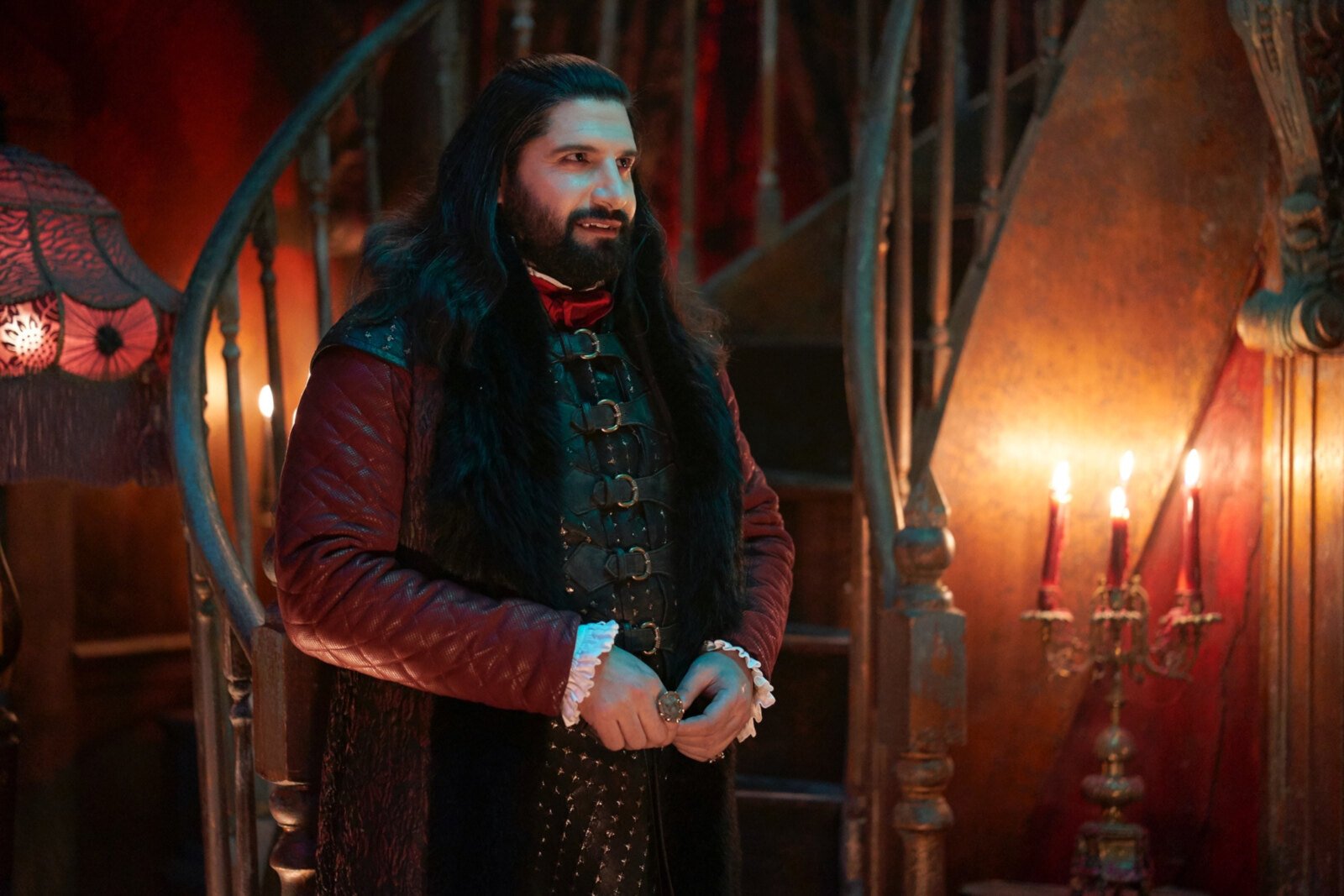 There’s also an episode where Lazlo goes on the run and adopts an alias (meet Jackie Daytona) in an effort to avoid an old nemesis. Guillermo briefly gets a job as someone else’s familiar, and Lazlo and Nadja try to revive their music “careers”.

The penultimate episode of season 2 was pretty fun, with Lazlo & Nandor being kidnapped by witches. The finale has them once again escaping danger, as the vampires are going to be executed. Guillermo shows up in the nick of time and kills literally every vampire in the room, except his friends. The season ends with his friends tied up and staring at him in shock. 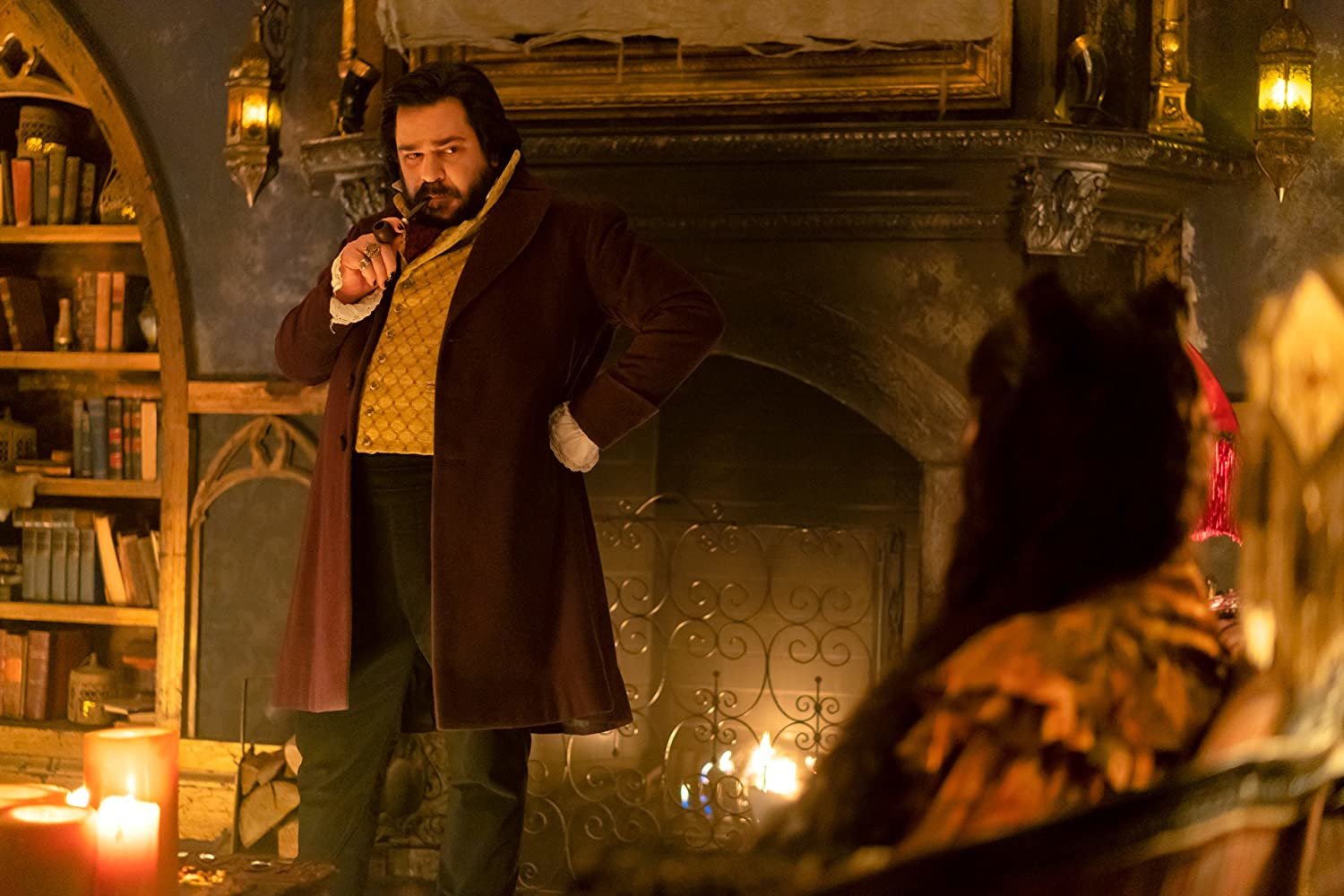 Taika Waititi has a cameo in the season 3 premiere, which shows the vampires dealing with a new promotion and trying to figure out what to do with Guillermo now that he can easily (and accidentally) kill them at any moment. They have Guillermo trapped while they discuss his fate, but our familiar friend isn’t as helpless as he looks (we won’t spoil it, but it’s pretty funny).

Will you be tuning in for What We Do in the Shadows season 3? Do you want more, or should the series end on a high note? Let us know in the comments!