With the debut of Disney+ and HBO Max half a year away from launch, Netflix is making some serious moves in order to combat its new rivals. They announced on Wednesday, Nov. 13 (a day after Disney+ launched with 10 million subscribers) that they fashioned a multimillion dollar deal with Nickelodeon to produce & stream original content.

The deal will see the revival of classic Nickelodeon characters along with new series to add to the library of animated programming. Currently, some classic series like Hey Arnold and Danny Phantom along with recent series like Teenage Mutant Ninja Turtles (2012) are available to stream on Hulu. 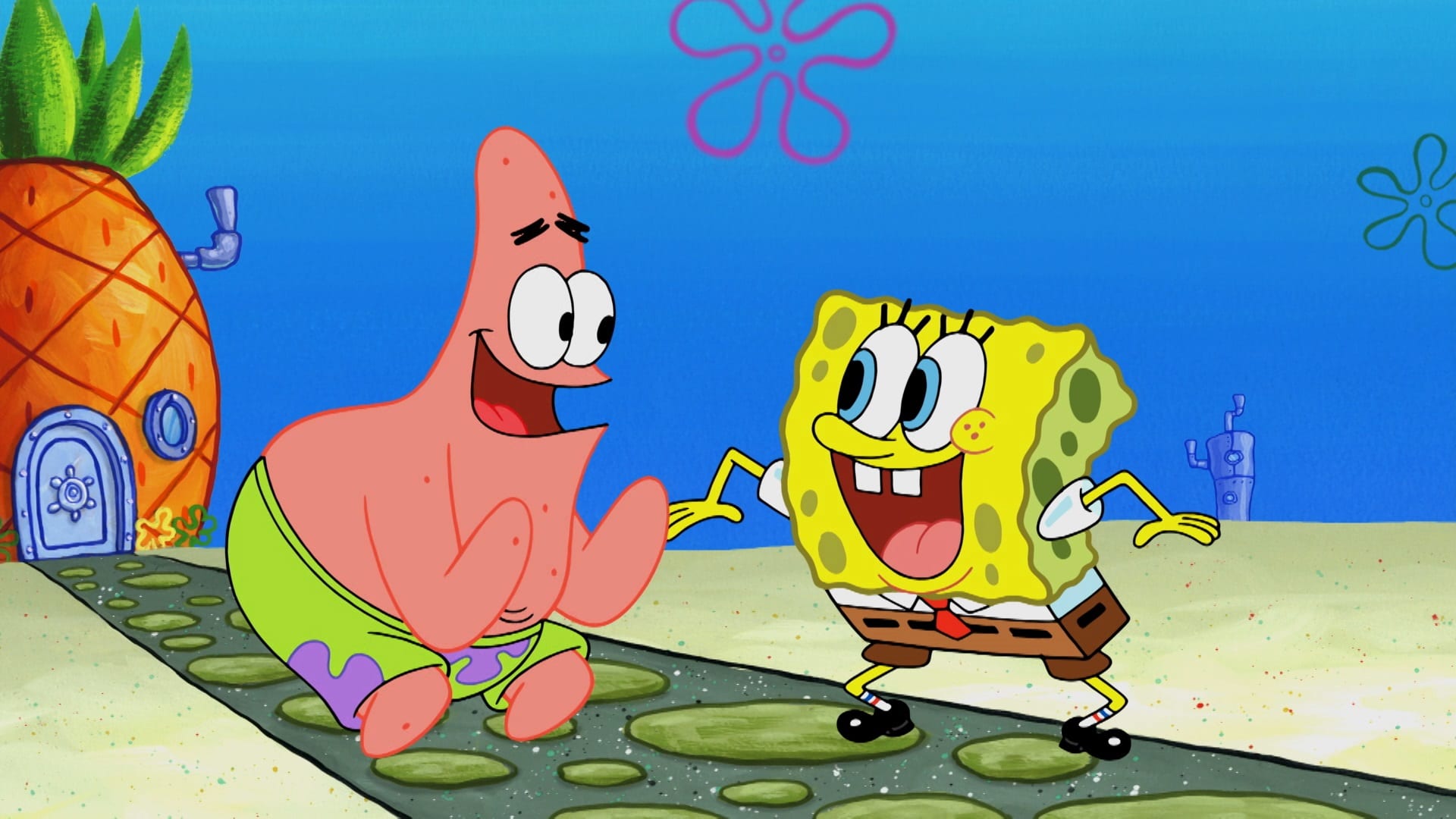 Other fare like Spongebob Squarepants can be streamed on Amazon Prime. Plus Nick has its own streaming service called NickHits, which you can get for $7.99 USD per month.

It’s unknown at this time if the old series will eventually migrate to Netflix along with the new original content. As mentioned, the deal is for new content featuring classic characters and new series. People are speculating, but no one knows anything definitive at this time.

The move, however, makes a lot of sense for Nick. Many kids just aren’t watching “linear” content anymore, preferring streaming platforms (VOD). Netflix has great success with revitalizing classic animated properties for a new audience. Just look at the success of Voltron and She-Ra. 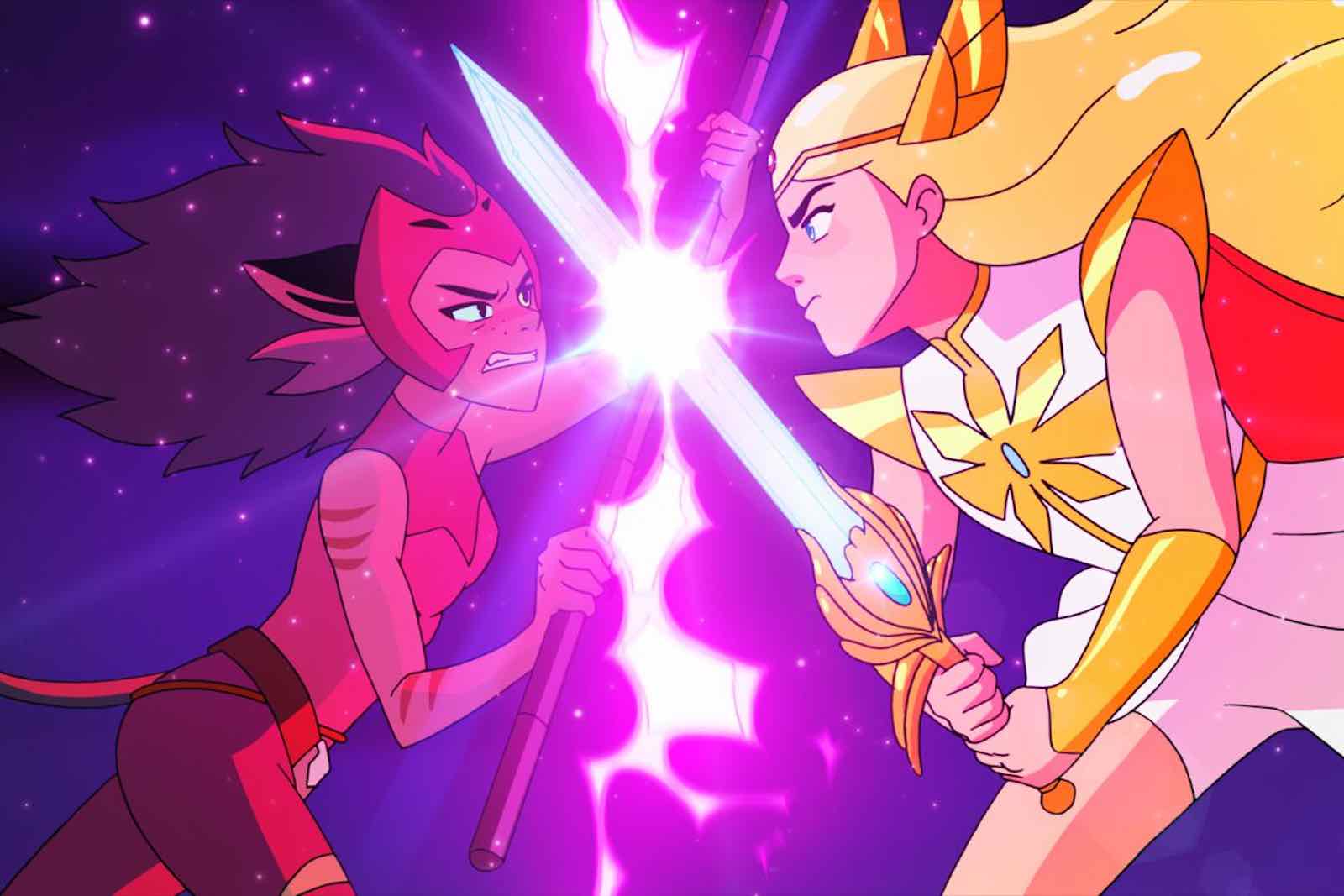 Netflix’s Vice President of Original Animation Melissa Cobb commented on the deal. “Nickelodeon has generated scores of characters that kids love, and we look forward to telling wholly original stories that re-imagine and expand on the worlds they inhabit.”

She’s not wrong. There’s a new generation of children along with nostalgia-driven adults who will happily flock to Netflix to see new incarnations of classic Nickelodeon characters. With revivals of classic characters on the way, we have some suggestions about what we’d like to see out of the deal. 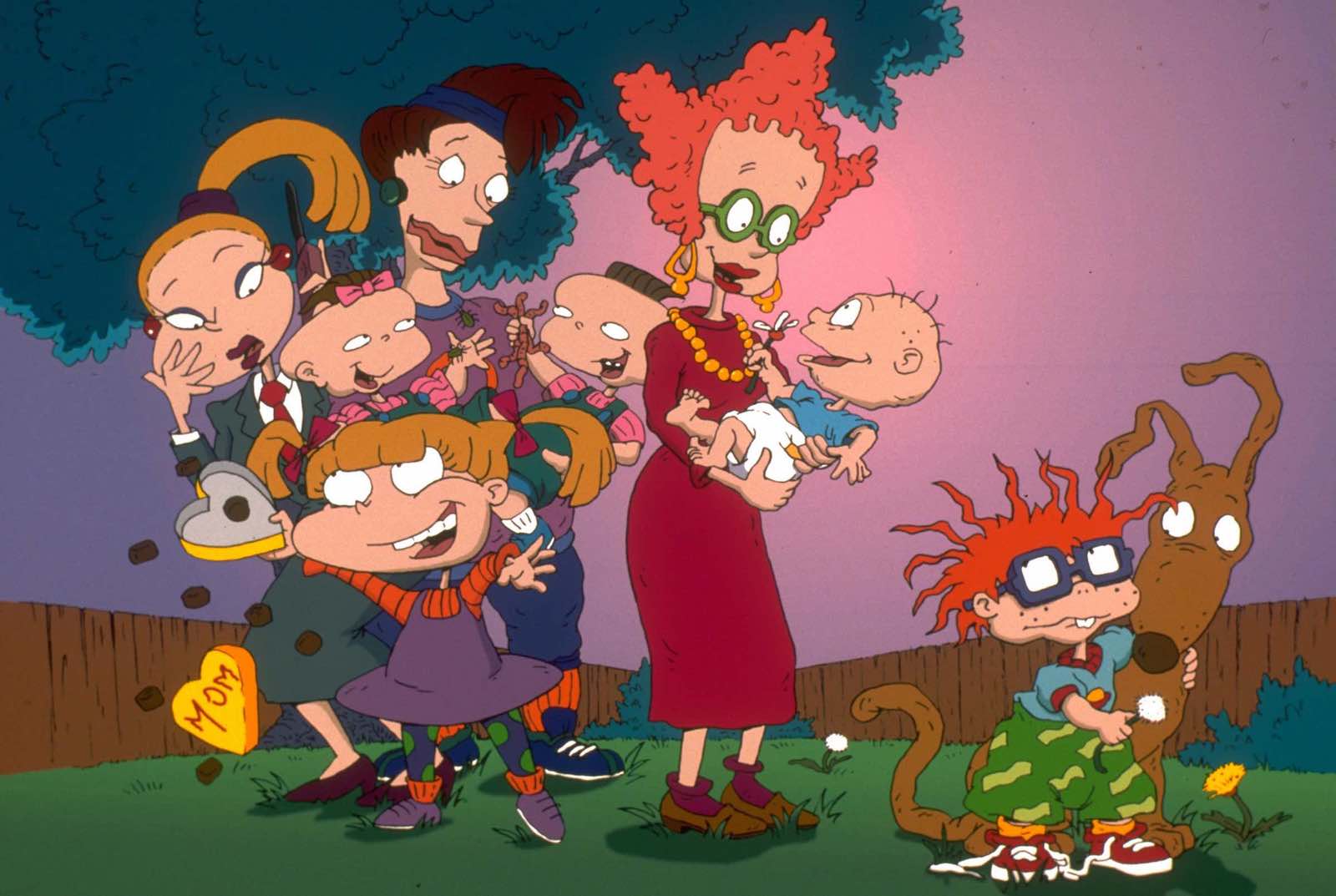 An entire generation of kids grew up (quite literally) with the Rugrats franchise. The original series focused on a group of infants and toddlers led by the fearless Tommy Pickles. The babies see the world as one big adventure with an active imagination. The babies, as they’re called, can communicate with each other and very young children, but seem like normal kids to the adults around them.

The show proved to be one of Nickelodeon’s most popular, spawning three feature films (one a crossover with fellow show The Wild Thornberrys), video games, and countless toys. The series also spawned a sequel, All Grown Up, which aged up the babies into pre-teens and teens. There they had to deal with the adventures and mishaps of that age as well. 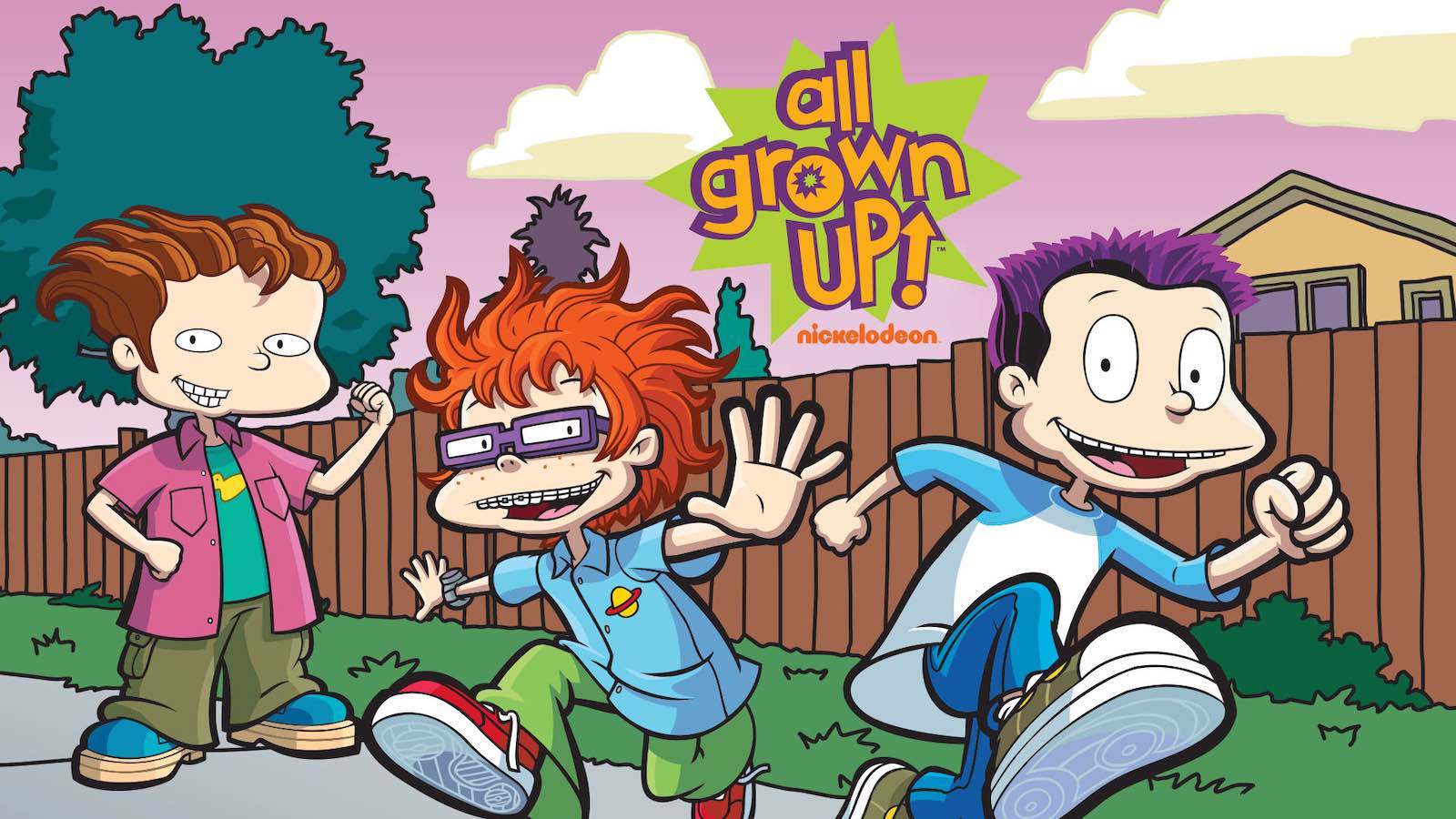 Rugrats is the longest-running franchise on this list. Rugrats ran for 10 seasons, with All Grown Up running for another five. If Netflix and Nick decide to bring this beloved show back, there are a lot of people who would love to reconnect with their childhood. 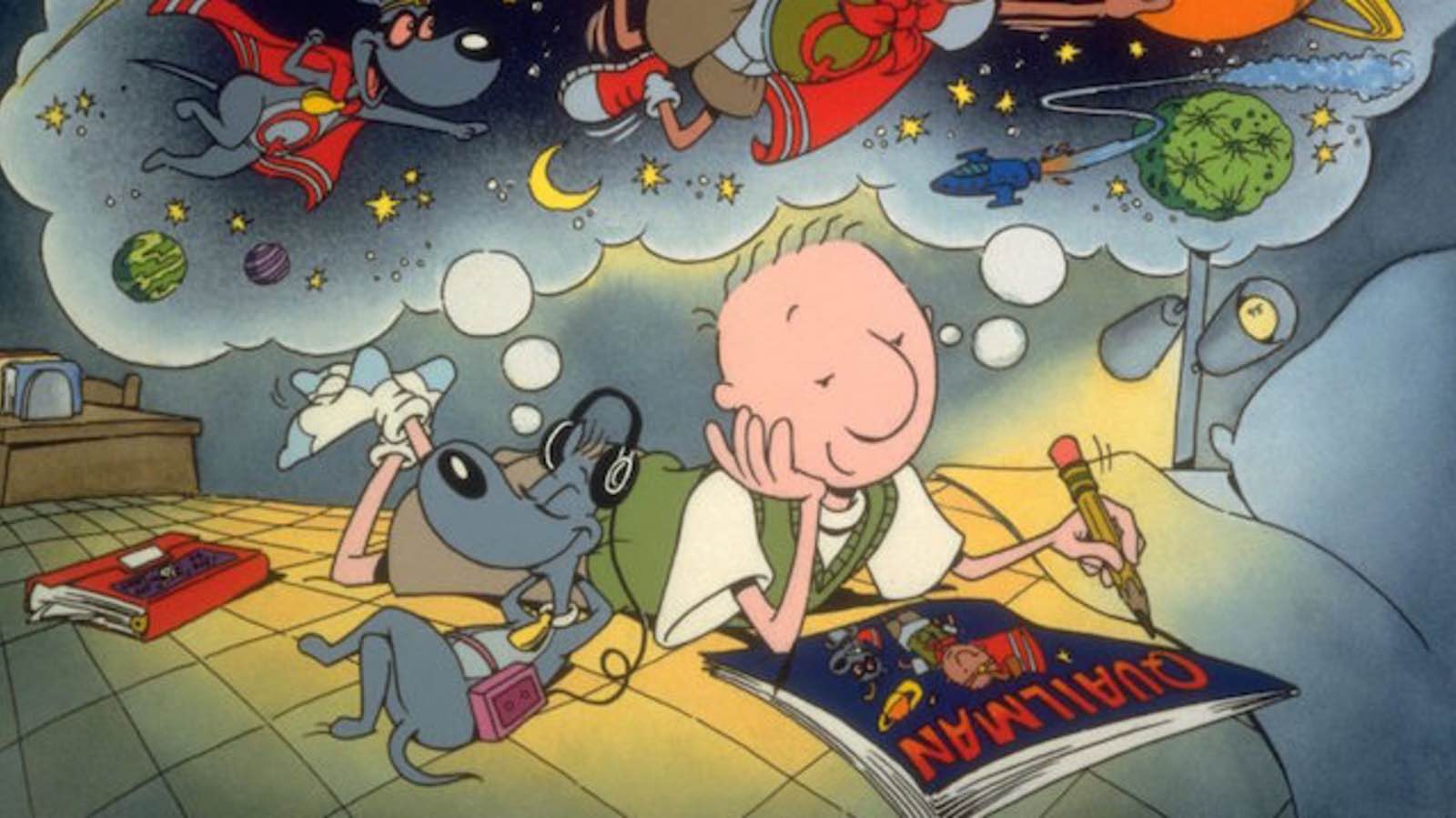 Can we call Doug the original slice-of-life animated series? This show ran for four seasons in the early days of Nick. It follows the adventures of preteen Doug Funnie, who moves to the town of Bluffington and tries to fit in at his new school.

With his new best friend Skeeter and dog Porkchop, Doug has plenty of people to help settle in. Doug keeps a journal of his exploits of his preteen life. He also possesses a vivid imagination, imagining himself a superhero named Quailman, and a strong sense of morality.

Doug features a vivid cast of characters, from his nouveau beatnik sister Judy, the kindhearted object of his affections Patti Mayonnaise, and practical jokester/bully Roger Kotz. The show actually went to Disney for three more seasons and even a feature, so the rights may be a little sticky. Updating the series for the present day, however, would be easy. Wanting to fit in? Timeless theme. 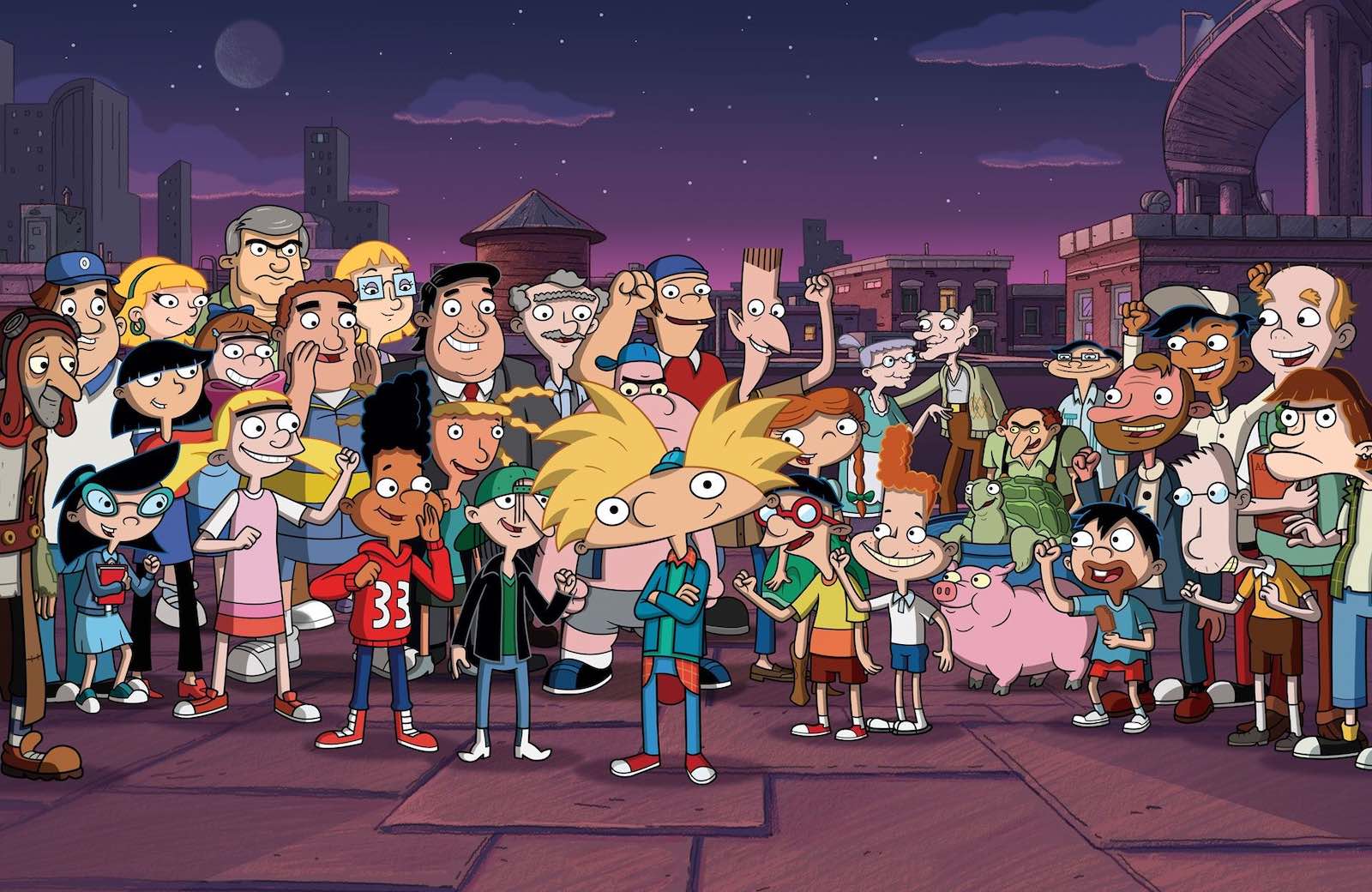 Another slice of life cartoon, beloved series Hey Arnold! follows nine-year-old Arnold Shortman in the fictional city of Hillwood over the course of five seasons and 100 episodes.

Each episode, Arnold usually tries to help those around him, whether it be his friends or the tenants of the boarding house that his grandparents run. With the diverse cast of characters, including fan fave bully and secret Arnold admirer Helga Patacki, the show dives into city life and the children who live there. 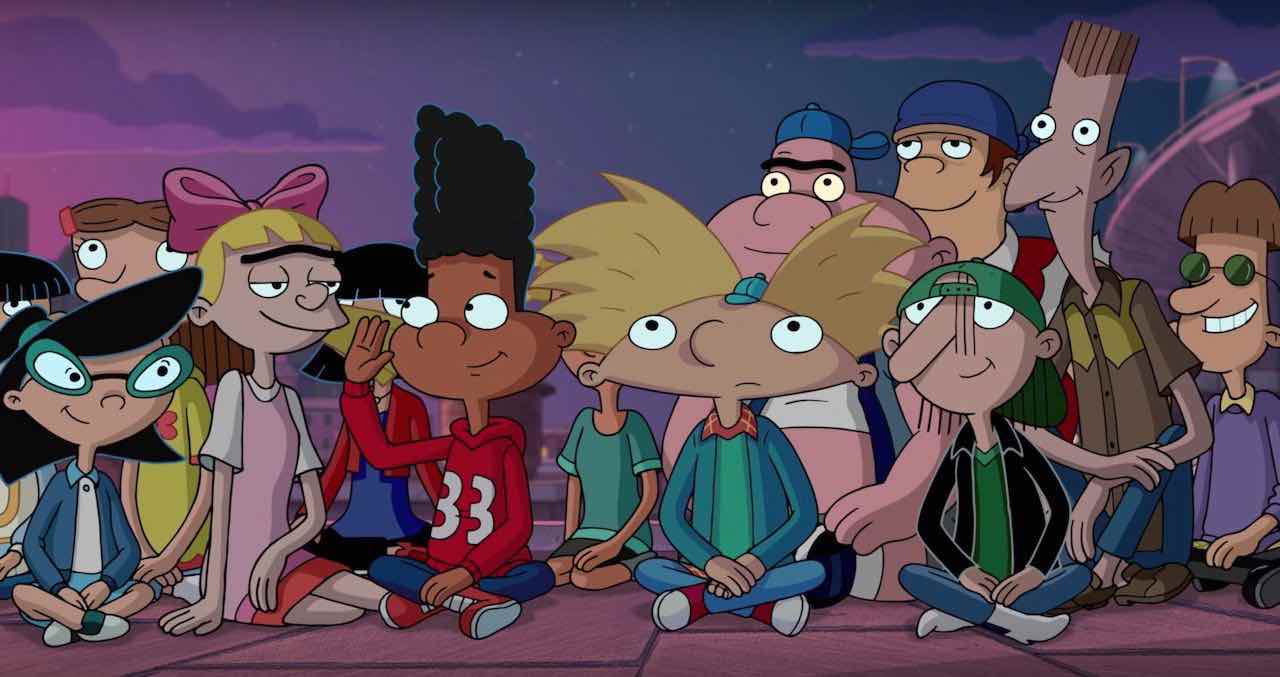 Hey Arnold! was never afraid to get a little dark as well. It touched on the Vietnam War, parental favoritism, alcoholism, rejection, and other touchy topics. After the feature film released in 2002, the series spawned a sequel movie in 2017, Hey Arnold! The Jungle Movie, which answered questions about what happened to Arnold’s parents.

With the renewed interest in the series and Hey Arnold! The Jungle Movie on Netflix, a sequel would definitely be timely. Arnold has his parents back! Arnold and Helga are dating! There’s definitely an adjustment period there. 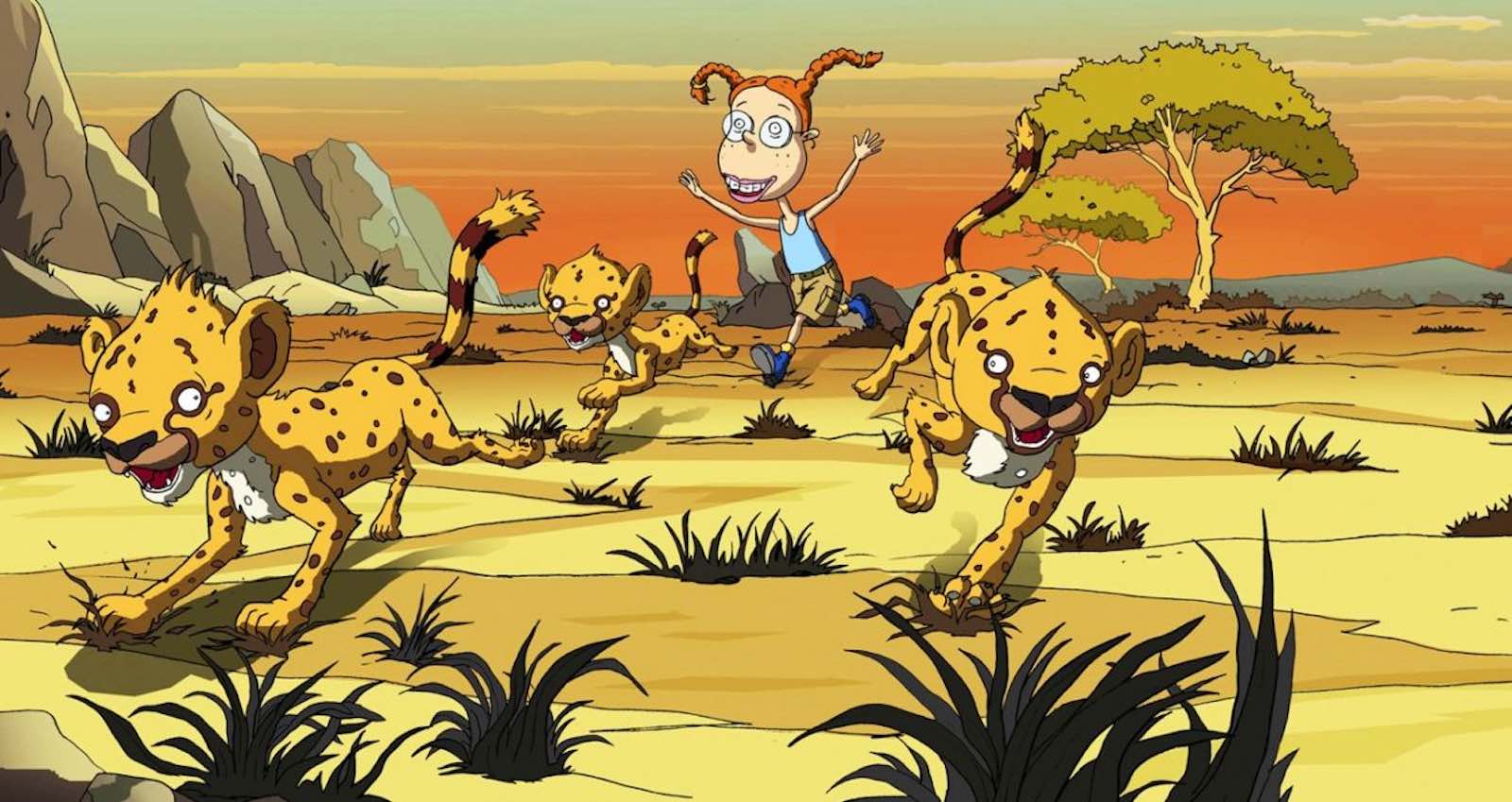 The series gives us our generation’s Doctor Dolittle, in the form of Eliza Thornberry, the 11-year-old daughter of wildlife documentarians Nigel & Marianne. After saving a shaman who was trapped as a warthog, Eliza gains the gift to talk to animals – but would lose it if others find out. The adventures follow the Thornberry family, including disaffected teen Debbie, feral child Donnie, and chimpanzee Darwin (Eliza’s best friend), as they traveled the world.

Over the course of five seasons, The Wild Thornberrys was instrumental in teaching audiences about different animal species and human cultures across the world. The show also touched on endangered species and animal poaching, bringing a wider awareness to a younger viewership.

The Wild Thornberrys also had its own solo film and a feature-length crossover with Rugrats. Plus Tim Curry played Nigel Thornberry, and he was just amazing. 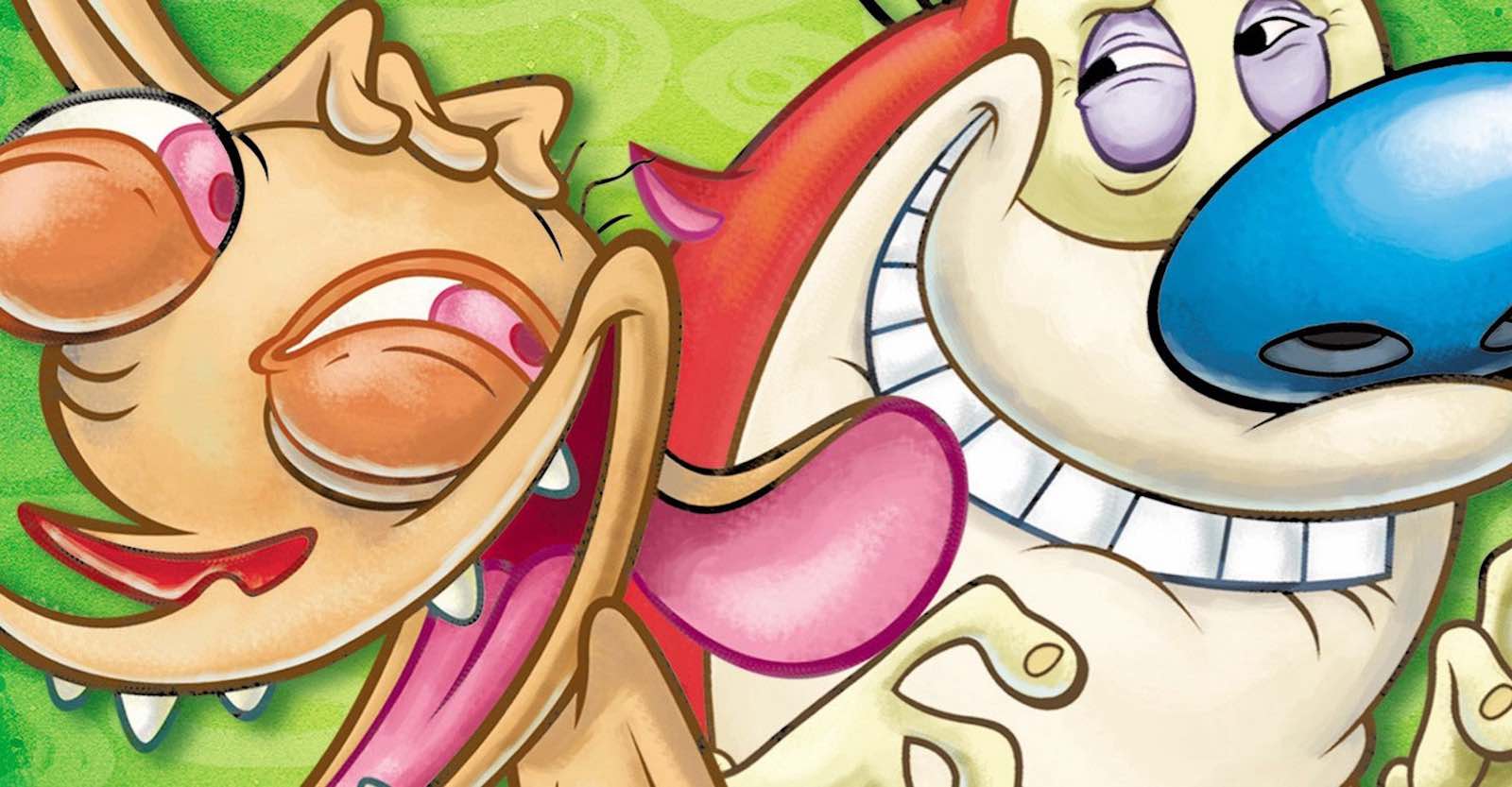 Ren & Stimpy is definitely the show on this list with the biggest impact on animation to this day. Without The Ren & Stimpy Show, animation might look very different indeed. The show’s use of grotesque close-ups, changes in color palettes, and off-color, absurdist humor can be felt in so many subsequent animated shows from Beavis & Butthead to Adventure Time. Not a miniscule impact for a five-season animated series.

Who knew that an animated chihuahua and cat getting into a variety of weird adventures could have such a big impact? John Kricfalusi’s show was definitely controversial in its run with its adult jokes and dark humor.

But that would just make the characters and series a perfect fit for Netflix. With BoJack Horseman and Tuca & Bertie cancelled, the streamer needs an animated series geared toward adults. It’s a perfect fit! 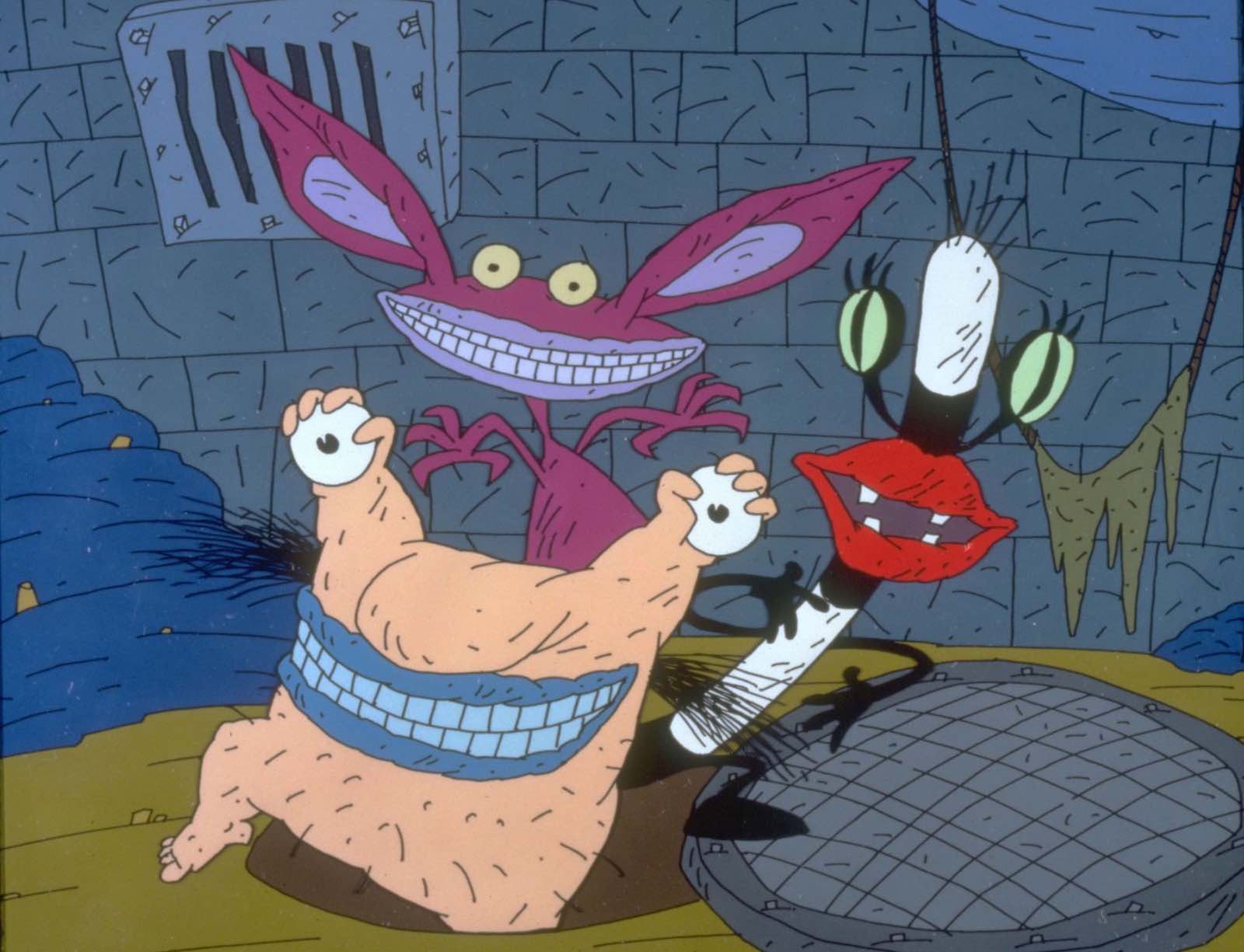 For any kid who liked spooky, weird, or gross shows growing up, then Aah!!! Real Monsters will be fondly remembered. The four seasons of the show follow a trio of young monsters, Ickis, Obilina, and Krumm, who live in a monster society under a dump where they learn to scare humans. Each episode follows the trio as they try to scare humans for class assignments and keep the monster world a secret.

Despite praise during its run and fond memories from fans, the show hasn’t been available on streaming services. People love the strange and bizarre now more than ever, so a revival of the beloved show will be perfect. Aah!!! Real Monsters is a property that is relatively unknown by most modern audiences, but would definitely benefit from a chance at some fleshed-out world-building. 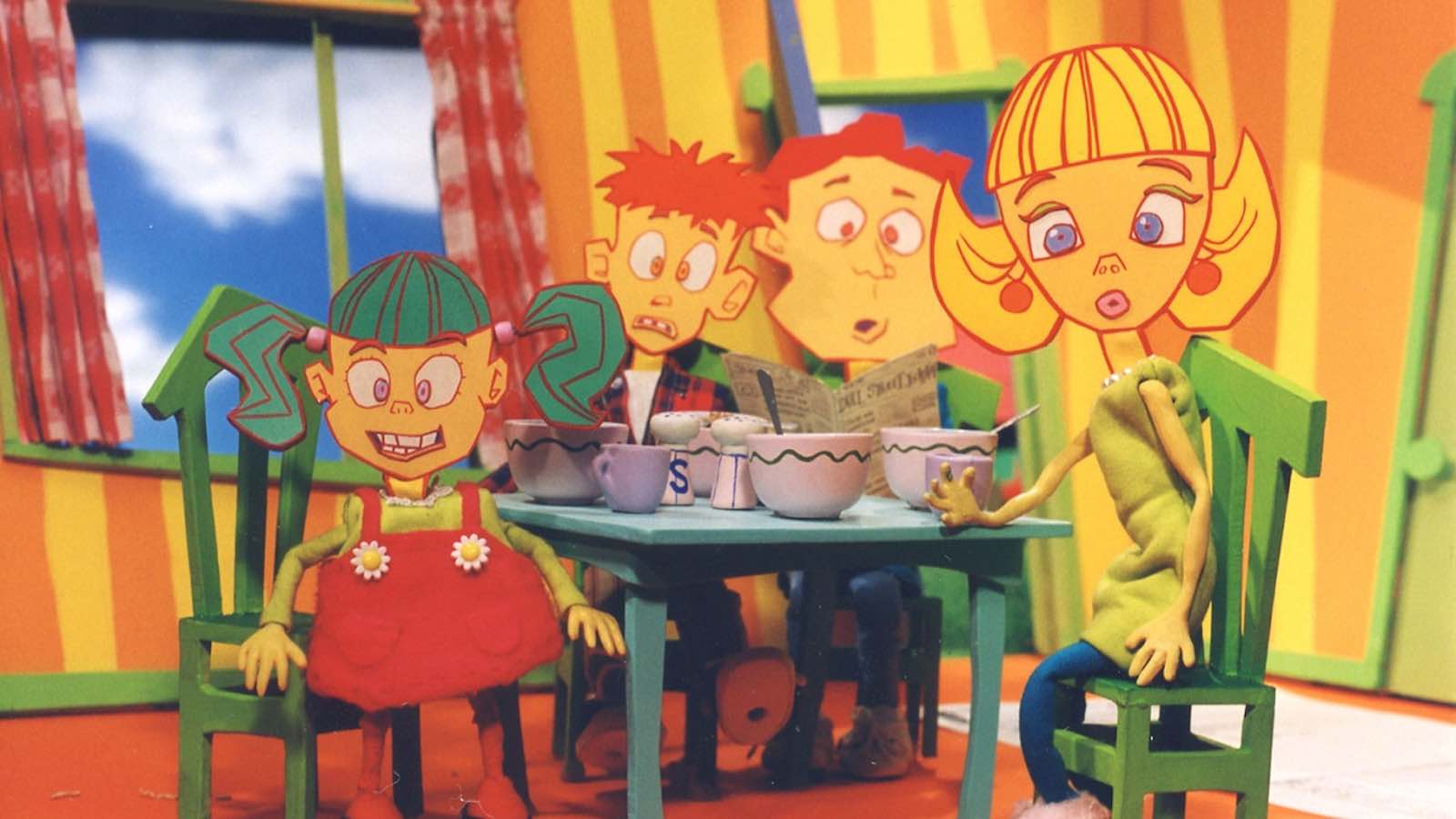 This animated sketch comedy show was definitely a one-of-a-kind experience over its four-season run. Hosted by Henry & June, who turn the comic book pages to reveal the next story, the series had a variety of different short-form seasons which were all quite popular with viewers. Kablam! originated such characters as Sniz & Fondue, The Off-Beats, and Action League Now.

The stop-motion animated Action League Now segments proved so popular that it was spun off into its own series. It follows the adventures of a superhero league consisting of action figures, dolls, and toys. While we don’t know if a new KaBlam! would bring back these previous series, it could highlight new animators and storytellers with short-form content. 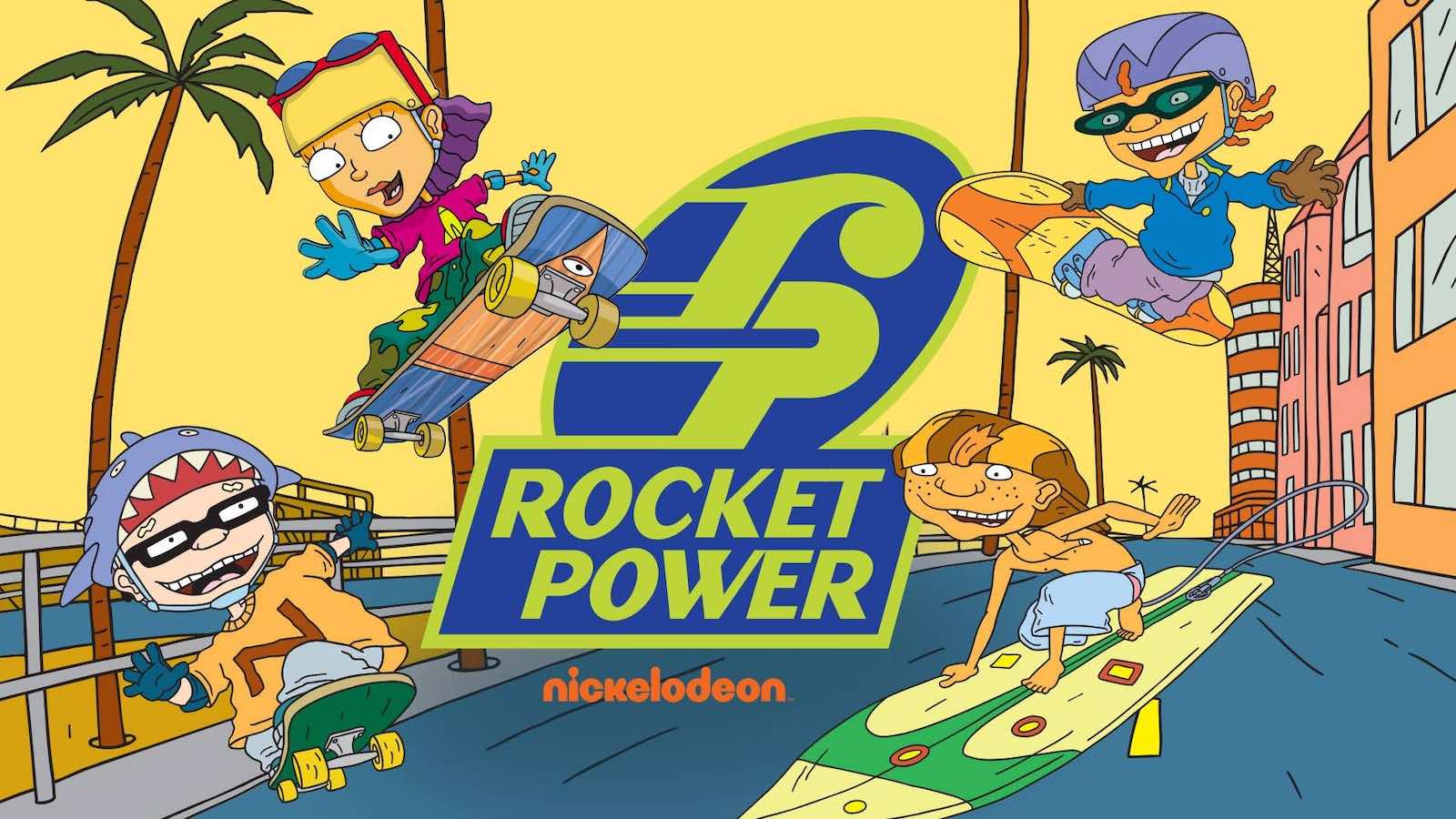 There was an extreme sports craze through the back half of the 90s and the first half of the 00s, so it’s unsurprising that Nickelodeon would capture that zeitgeist with Rocket Power.

Following a group of four sports enthusiast friends, Rocket Power’s four seasons focused on such activities as surfing, skateboarding, biking, street hockey, etc. In addition to the episodes, the show also had a video game, television movies, and a soundtrack.

For kids who thought extreme sports were cool (but were a little worried about attempting them), the series offered vicarious fun. It’s still fondly remembered if a little on the dated side give the extreme-ness of it all. While extreme sports have passed the heyday they once enjoyed, a revival of Rocket Power could allow a new generation of kids to learn more about different sports with guest voicing from different sports stars. 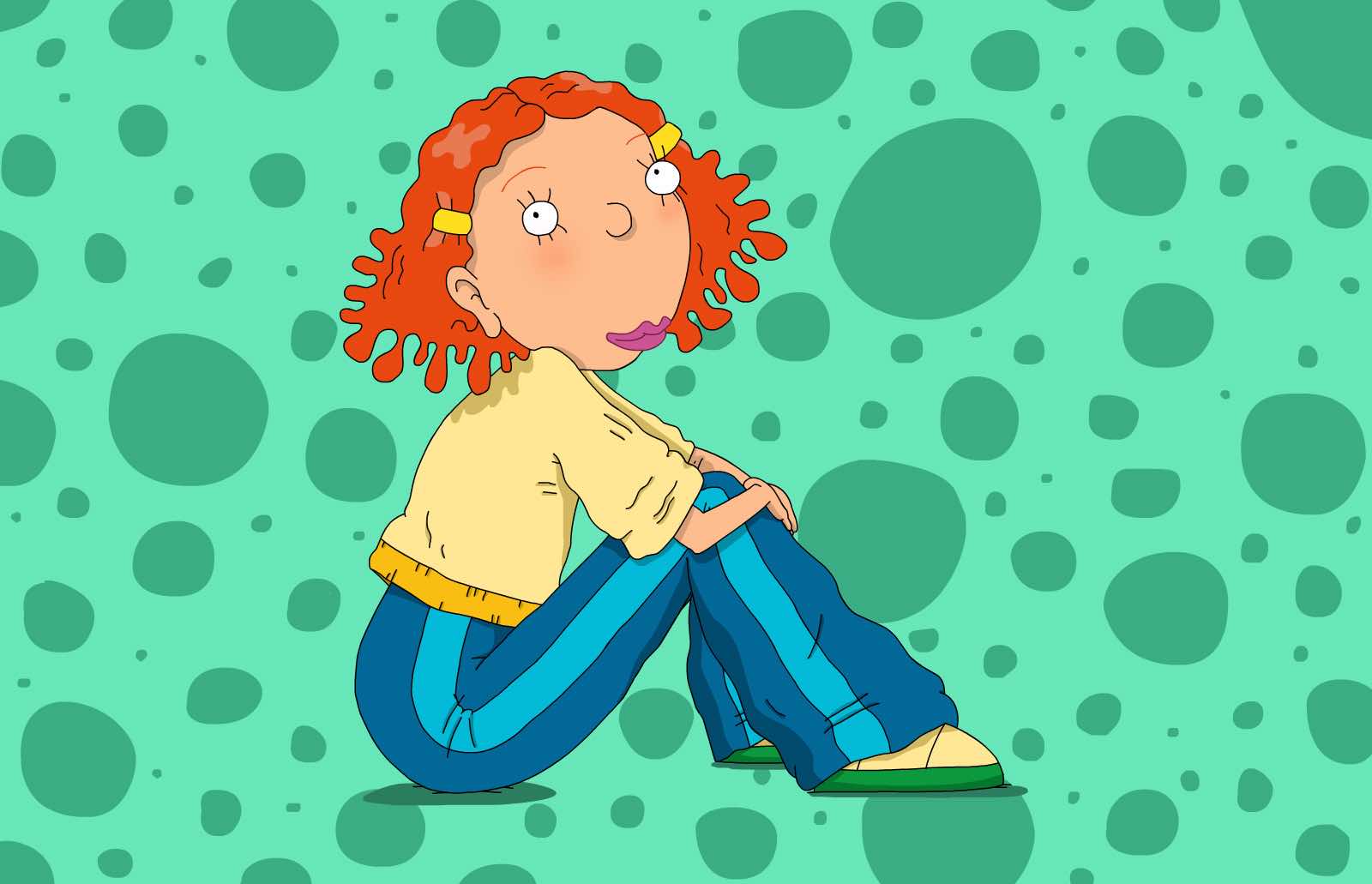 If you were an awkward girl growing up in the 00s, you definitely watched and related to Ginger Foutley. The “realest” series on this list, As Told by Ginger followed Ginger through her day-to-day life as she struggled to find her place in junior high and high school.

An artistic, shy girl, Ginger and her friends (Darren, Dodie, and Macie) are something of the school’s outcasts. When popular kid Courtney Gripling takes a liking to Ginger, she finds her life taking a more lively direction, which she records in her diary. 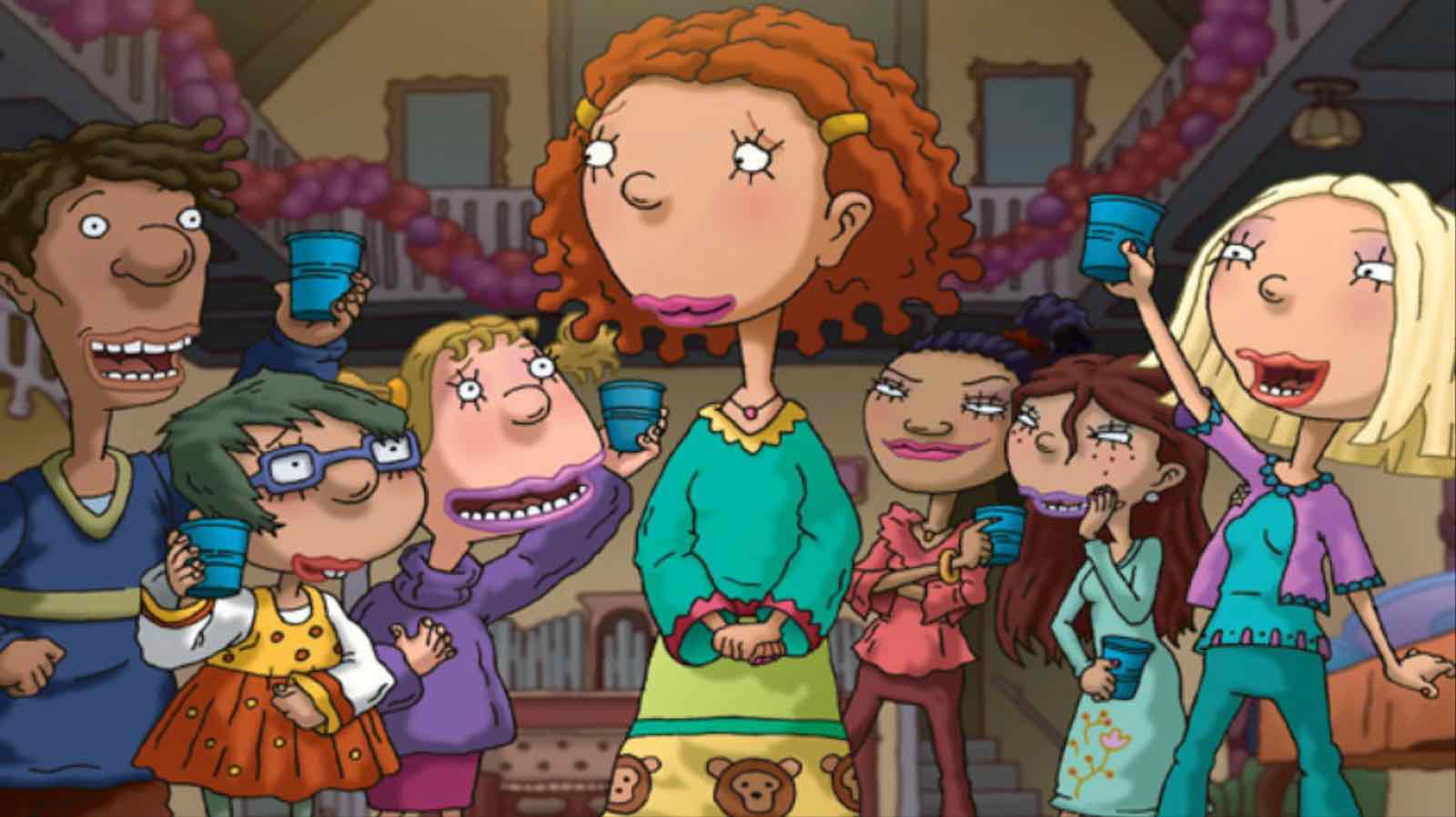 As Told by Ginger possesses a realistic sense of character development and continuity, making it more like a teen drama than your average kids series of the era. In fact, it was the only animated show to be shown on the TeenNick block.

As Told by Ginger was praised for dealing with deeper themes such as jealousy over a new relationship, breaking up with a romantic partner, depression, and addiction. (Can you believe this series lasted only three seasons?)

Netflix has had success with teen dramas such as On My Block, Daybreak, 13 Reasons Why, and Elite. An animated, updated As Told By Ginger would definitely be a big draw for fans new and old. 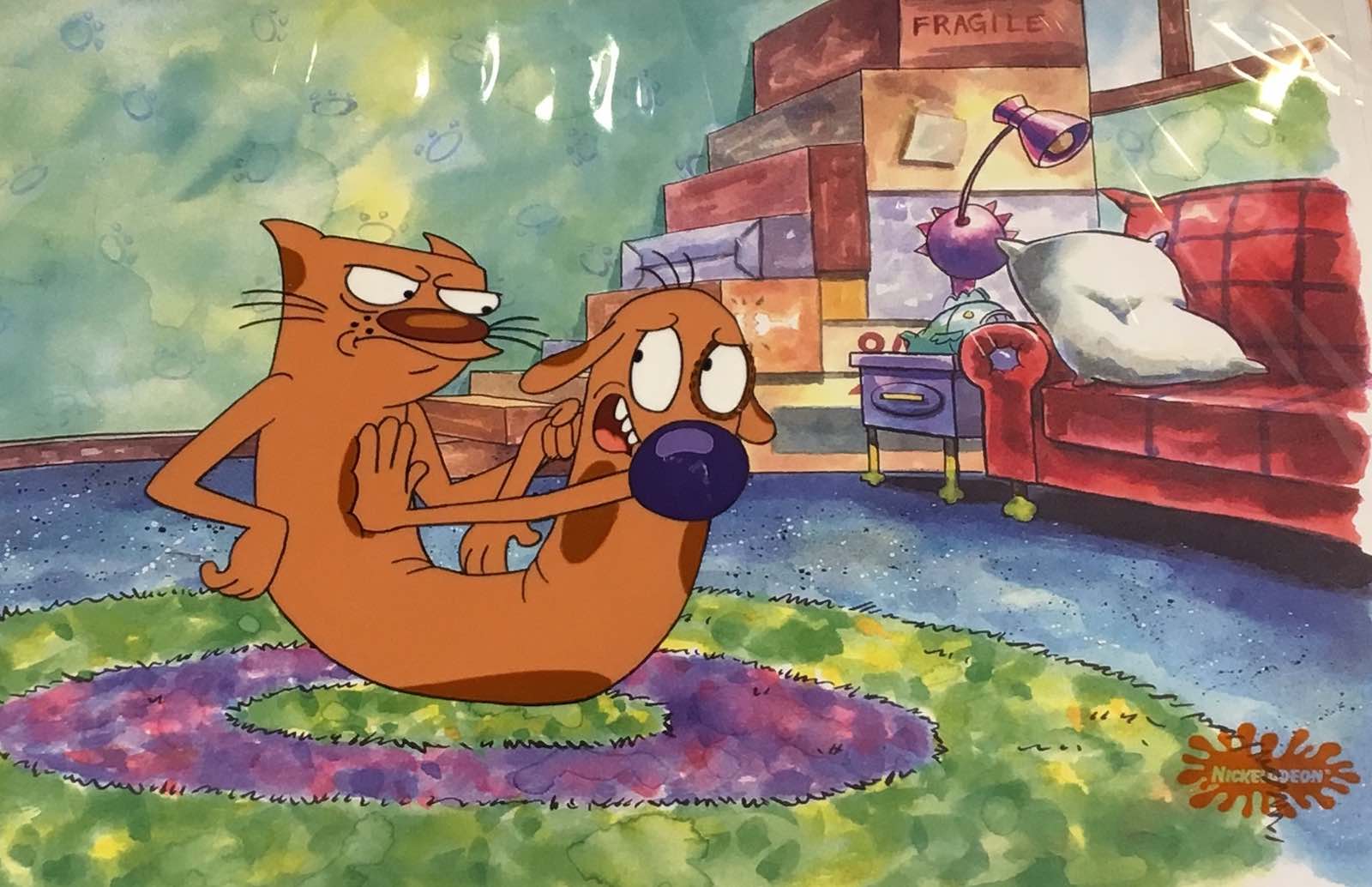 Sometimes you just have to wonder what people were doing when they come with animated ideas. That’s really the only explanation for where CatDog came from. A hybrid cat-dog, named Cat and Dog, share the same body. In a classic mashup of The Odd Couple, Cat is a clever, scheming neat freak while Dog is  slovenly, laid-back, and naive.

Even though they’re the only ones of their kind, they try to make the best of their situation. Whether indulging in Cat’s latest scheme for fame & fortune or dealing with Dog’s latest antics, the duo always has each other’s back. The series lasted for four seasons and proved to be very popular with fans. There was also a made for TV movie that explored the origins of CatDog.

This show is definitely odd, but the unique main characters have never really been replicated since. Plus their brotherly bond is something sweet to witness. On Netflix, CatDog could go to even stranger places.