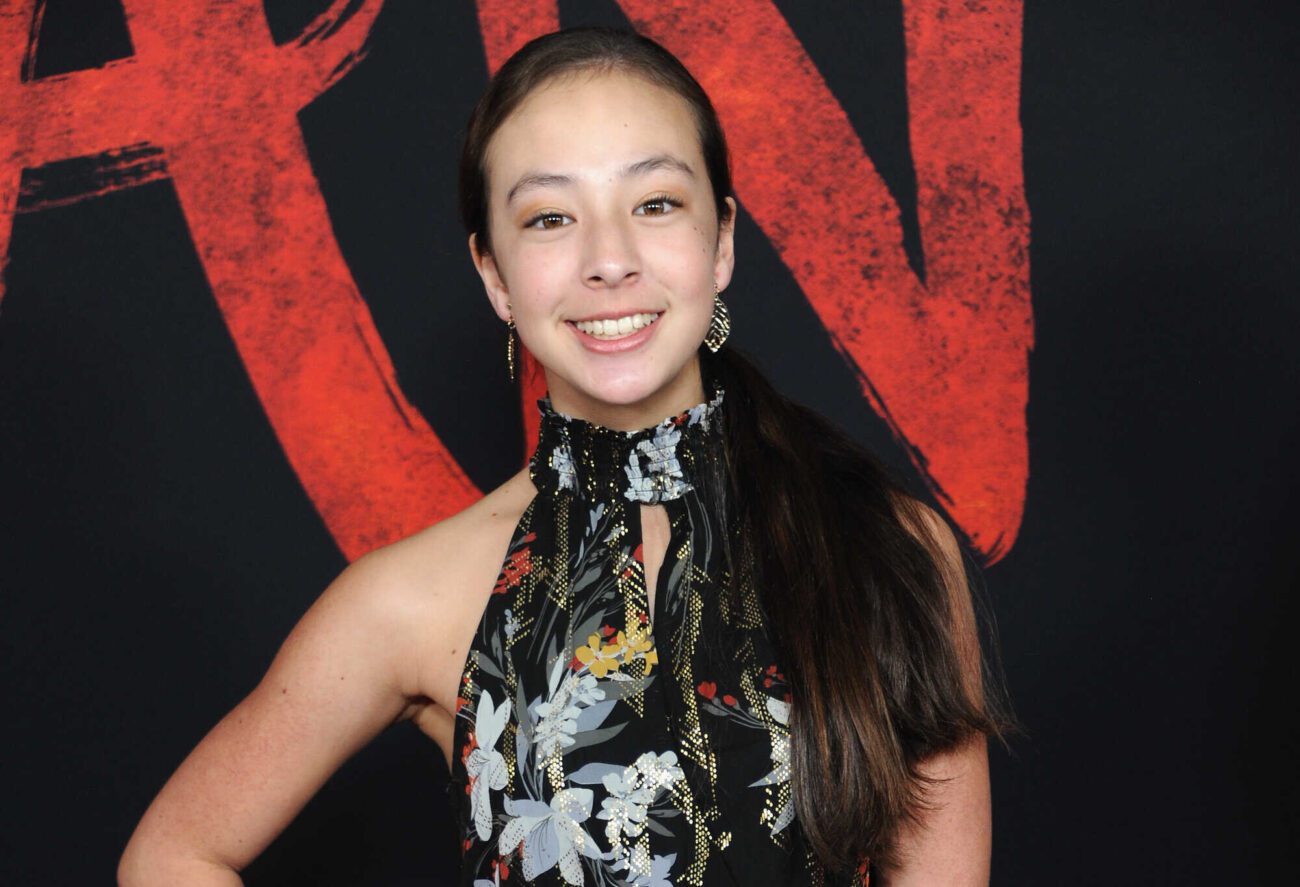 If you’ve seen even just a few episodes of the classic sitcom Modern Family, then we’re sure you may remember the young actress Aubrey Anderson-Emmons, who played the role of Lily in the series. While she once stole our hearts with her adorableness playing the adopted child of Mitchell and Cameron, she’s now moving onto bigger and better things. It seems that the child star has moved on from filming shows to making TikToks!

Aubrey Anderson-Emmons, who is now fourteen-years-old and has grown from an adorable child into a young preteen, has proven she’s truly grown up from Modern Family. The actress is now taking all her acting and theatrical talents to social media, as she’s garnered a pretty big following on apps like both TikTok and Instagram. Want to know what the star has been up to since the comedy series?

Take a look at her life here.

The English teacher let us sit outside @lucy.toca #fyp #school

There was once a time when Lily from Modern Family all made us scrunch up our faces in admiration and go “aww” over her cuteness as Mitchell and Cameron’s adopted daughter in the series. Now though, while she hasn’t fully grown up yet, Aubrey Anderson-Emmons has proven to the world that she’s indeed still grown a lot since the show. If you want to know what she looks like now, just take a look at her TikTok profile.

This past year, Aubrey Anderson-Emmons has been blowing up on the TikTok social media platform as she’s been documenting videos of her life from good times with her friends all the way to random singing and dancing clips. The world is absolutely living for it! When she first started using the social media platform, she was only averaging at about 20-50,000 views. In February though, her account seemed to blow up overnight.

In late February of this year, her following shot up from 60,000 to 200,000 in only a matter of days. Flash forward to today in October of 2021 and Aubrey Anderson-Emmons now has an impressive following of over 781,000 people. Some of her clips have even reached over one million views. Her videos range from lip-syncing all the way to doing TikTok dances, and fans of hers are absolutely loving all of the clips.

How has she been reacting to the fame?

Of course, Aubrey Anderson-Emmons is truly no stranger to fame as she has already made her big break as Lily on Modern Family. However, being a famous TikTok star is a whole other thing, and fans have begun to know her for something else other than her famous role in the comedic sitcom. So what has that all been like for the star? The actress explained: “I did not expect it at all because I’ve been on TikTok since 2019”.

Aubrey Anderson-Emmons admitted to TMRW over the phone: “But then I woke up a few days ago and I saw that one of my videos blew up and it was insane”. When talking about making her content and asked how long it takes for her to plan and make her clips, the star said that “It depends on the song. I’m a perfectionist. It could take a day to learn the dance. A lot of them are super hard”.

Her mother, Amy Anderson, says that while she let her daughter use TikTok, she does monitor her actions on the social media platform regularly, and said: “She’s a good kid and she’s a smart girl and she’s on there just to have fun. She understands that when you put something out there the whole world is going to see it. It’s a fun way for her to have a creative outlet and I think it’s really cool that it’s encouraging her to dance”.