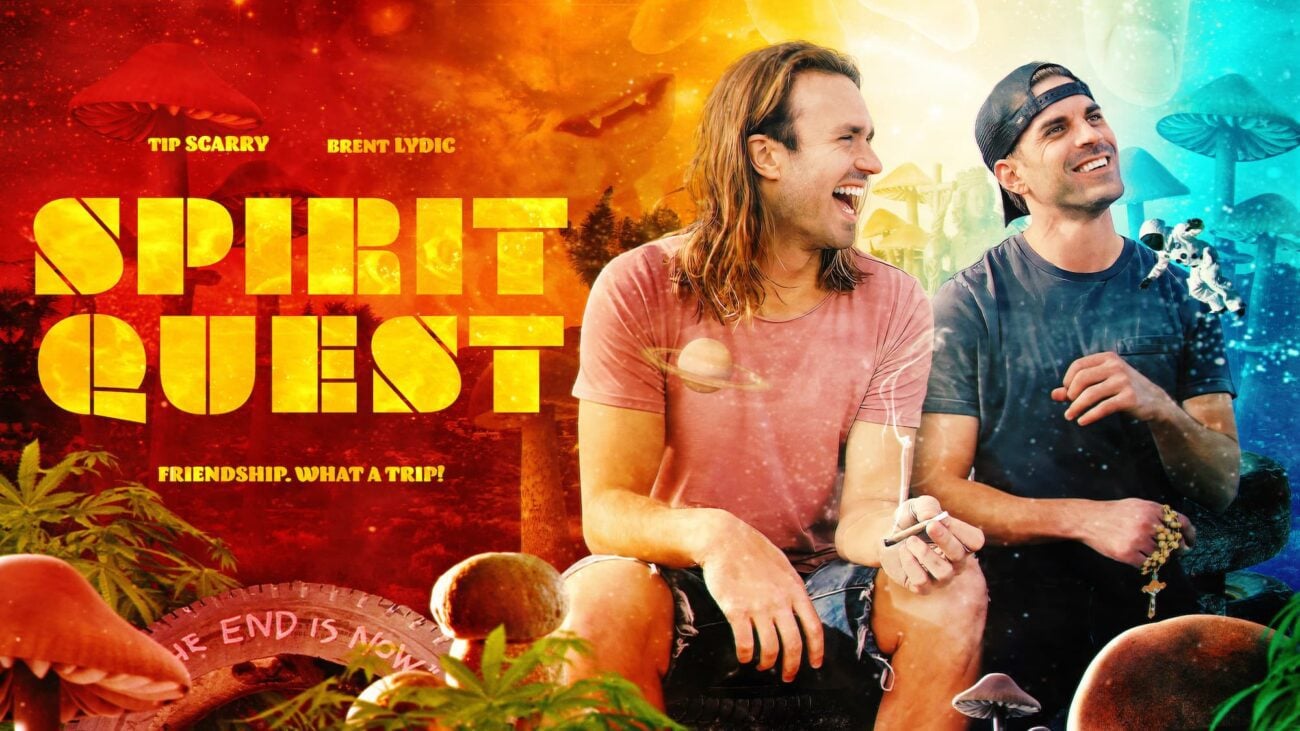 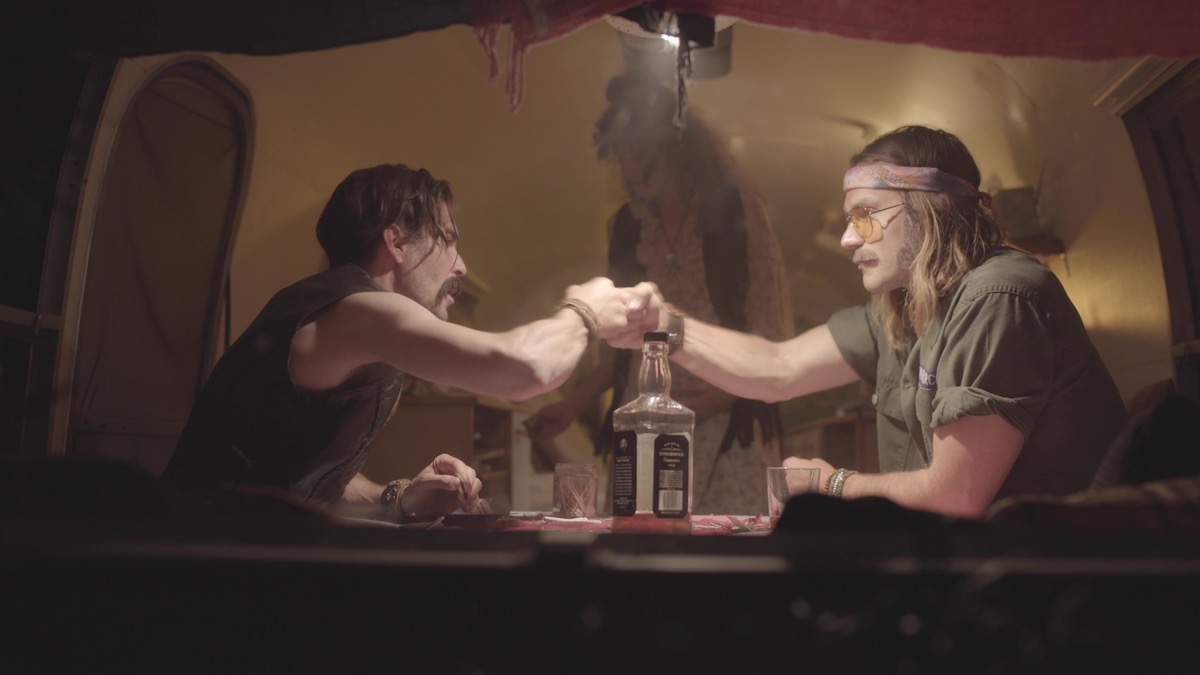 Good friends go on a hallucinogenic mushroom trip through the desert to face their fears, doubts, and failures in hopes of coming to enlightenment… even if that just means learning how to change a tire.

Los Angeles, CA (SEPTEMBER 20, 2021) – Writing/producing team Brent Lydic and  Tip Scarry, who also star in the film, have produced the buddy comedy Spirit Quest,  with Lydic making his feature directorial debut. Scarry and Lydic portray longtime friends  ‘Tip’ and ‘Brent’ who take a hallucinogenic mushroom trip through various past  incarnations of themselves throughout different centuries. The trippy buddy comedy will  be released by Gravitas Ventures, a Red Arrow Studios Company, on DigitalHD,  Cable VOD, Blu-ray and DVD on October 12 throughout North America. Gravitas released  the official poster and trailer today.

“Strange, bizarre, different, but also funny and wildly and wonderfully creative. Spirit  Quest defies categorization in many ways and because of this, filmmakers Brent Lydic and Tip Scarry have created a deeply engaging and entertaining film that will connect  and resonate with viewers in many ways,” said Megan Huggins, Acquisitions Coordinator, Gravitas Ventures. 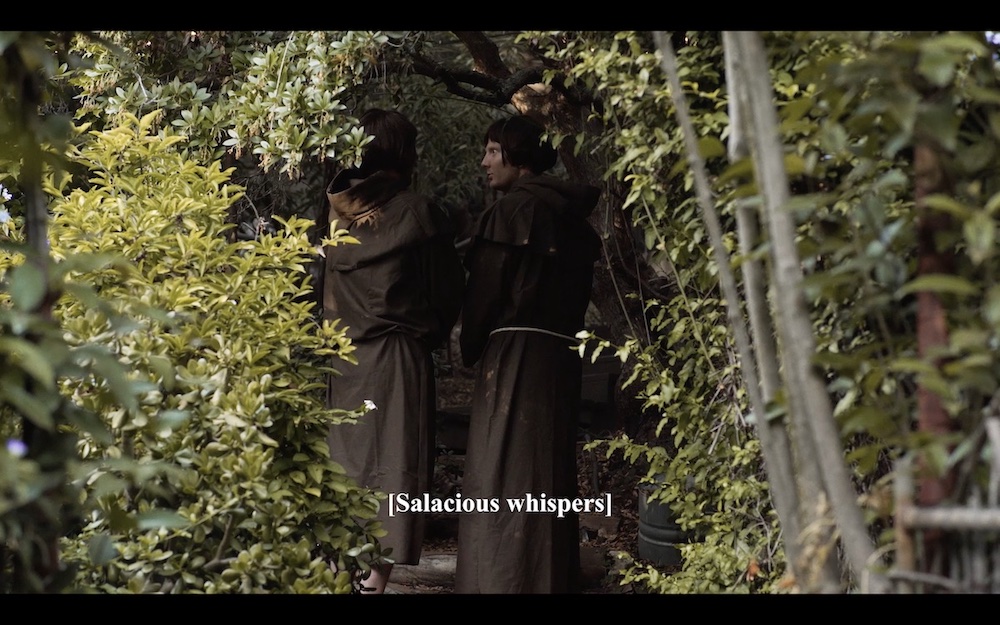 In SPIRIT QUEST, Tip is in the midst of a breakup and must, for the first time in his  life, take a real hard look at who he is becoming. Naturally, Tip asks one of oldest friends,  Brent, to take him out to the desert to trip on ‘shrooms. As a self-proclaimed Spirit Guide  and veteran of hallucinogens, Brent encourages Tip to be open to alternate realities and  explore the unknown. They quickly find themselves stranded in the middle of nowhere  and are faced with the decision to either turn back or go deeper into the desert. Tip’s  psychedelic journey, with Brent as his guide, helps both of them come to realize that this  Spirit Quest was one they were destined to take because only by answering the call,  facing their own fears & self-doubts, and struggling with past pain and suffering, can they  possibly learn to live in the present… and maybe even do it with a sense of humor.

The film is available for pre-order on iTunes here: https://apple.co/3jExrIp 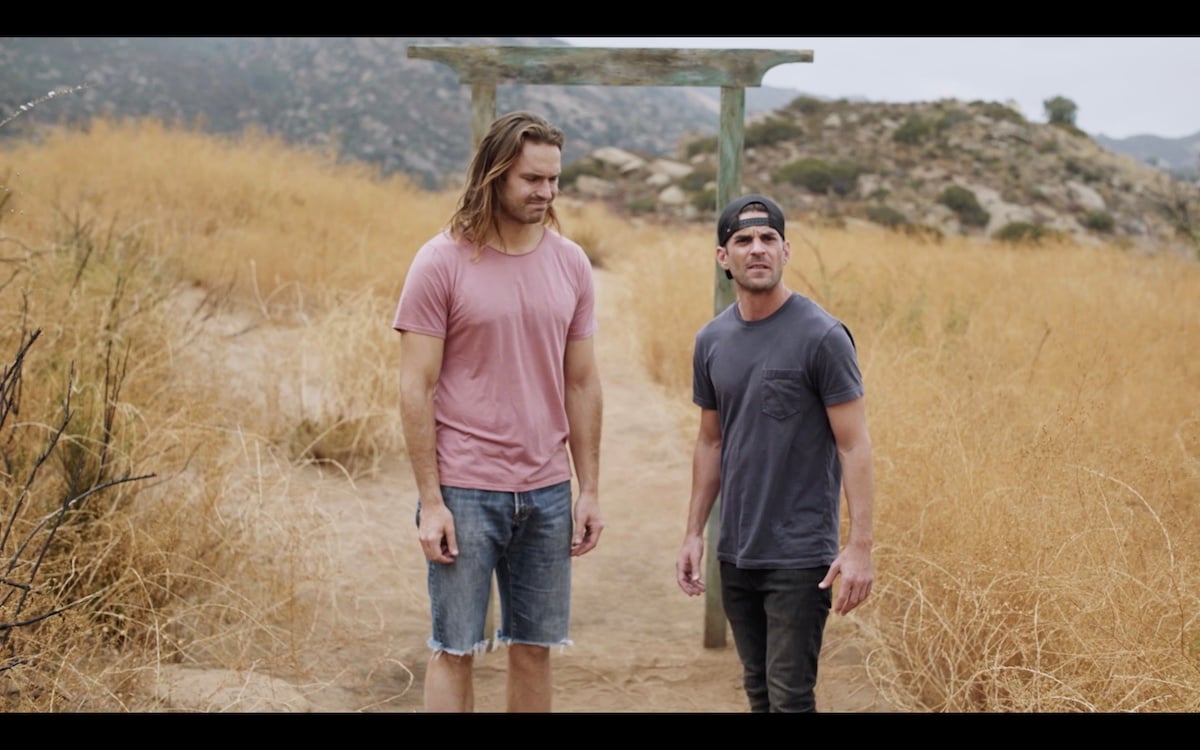 SPIRIT QUEST is fun, wild ride that jumps from laugh out loud moments, to classic  slapstick bits. Scarry and Lydic carefully crafted the balance between comedy and  heartfelt moments and strived to keep the film’s audience fully invested in the characters  from beginning to end.

“We like to think of SPIRIT QUEST as a hybrid strain of a stoner comedy: part Duplass  Brothers, part Seth Rogen, with a few dick jokes and a whole lot of heart. There are drugs  (obvs), vampires and astronauts, magical doorways, 80s toy commercials, 16th century  friars, and psychedelic bandits,” said Lydic. 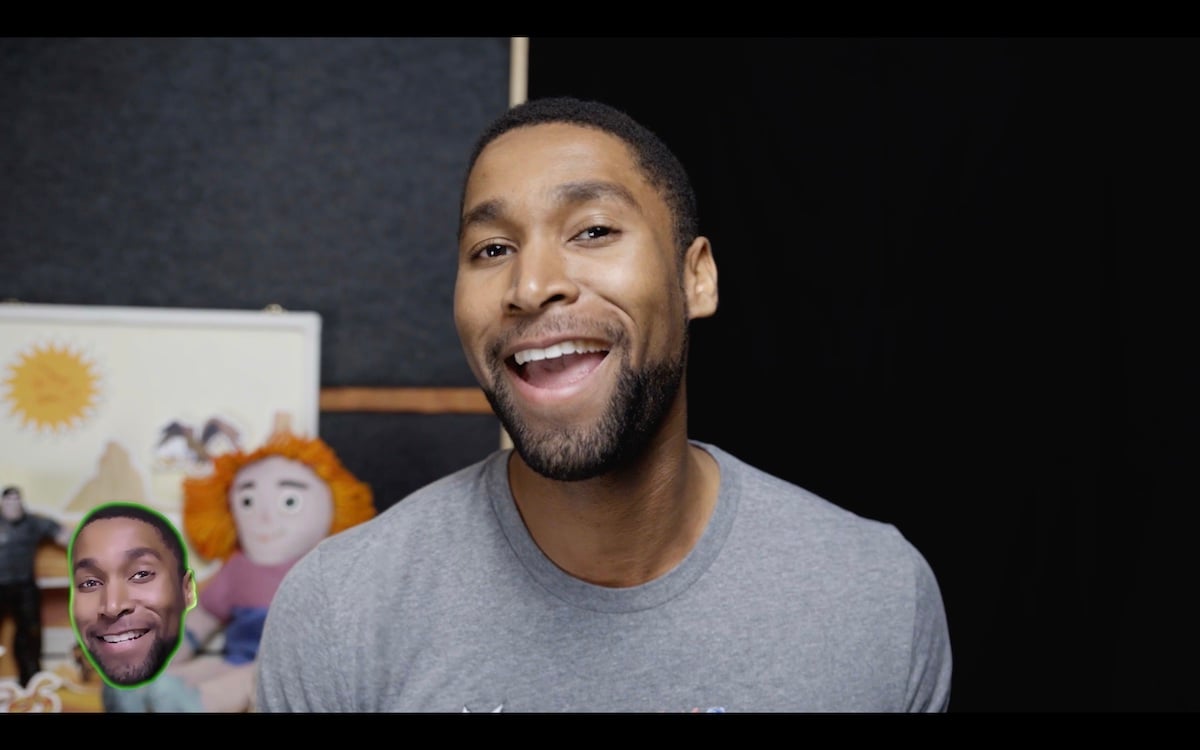 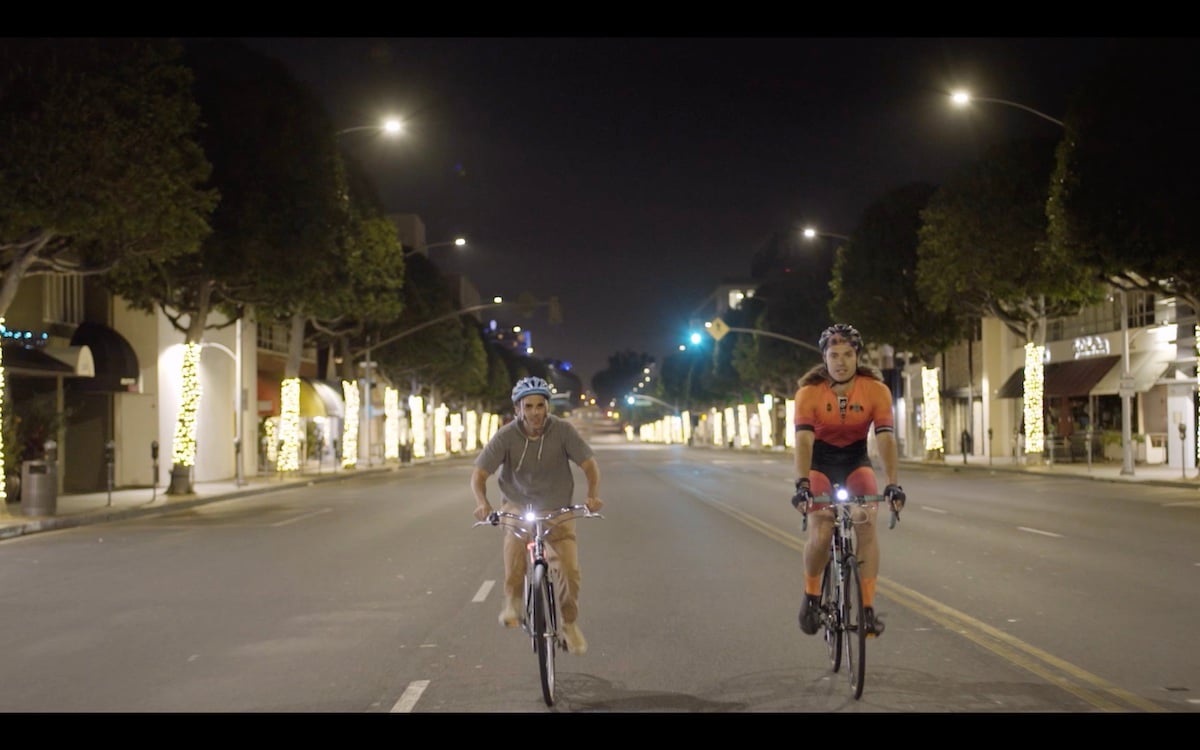 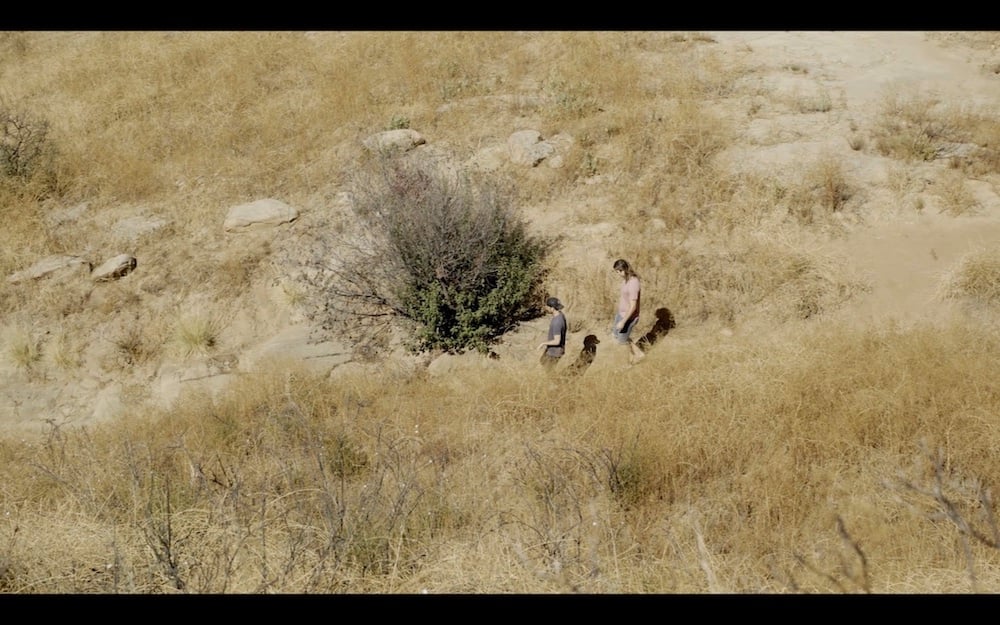