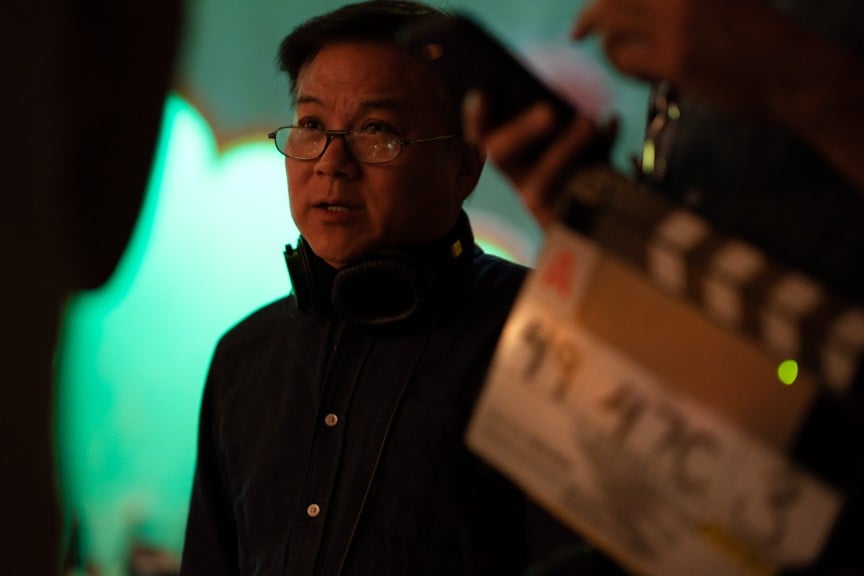 Have a laugh with ‘The Right One’ filmmaker Ken Mok

Ken Mok is a television pioneer. He started his career as a news producer for CNN, but his decision to pursue entertainment led him to MTV, where he created the legendary reality shows Making the Band and America’s Next Top Model. The ongoing success of these shows made Mok a seminal figure in reality TV, but he decided to challenge himself again and produce films.

Mok continued his winning streak by producing the hit film Invincible starring Mark Wahlberg and the David O. Russell film Joy, which earned two Oscar nominations. He recently made the leap to directing, and his debut effort, The Right One, will be On Demand and Digital on February 5, 2021, and on Blu-ray/DVD on  February 9, 2021. The film stars Cleopatra Coleman, Iliza  Shlesinger, and David Koechner.

Film Daily was able to chat with Ken Mok about his reality TV success, his producing style, and the challenges he overcame as a first-time director. Here’s what he had to say: 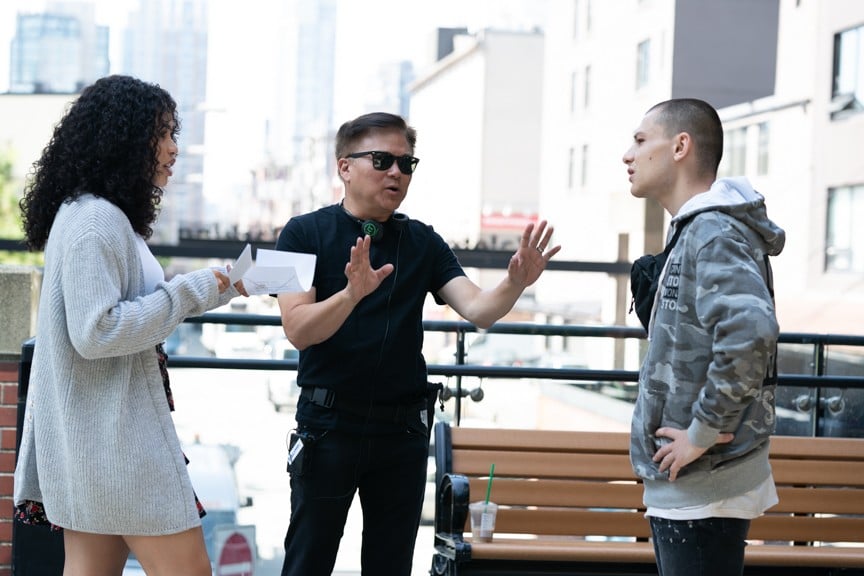 I started my career in the scripted world – overseeing TV comedies and dramas as a creative exec.  But I always wanted to write and direct features.  So, from the very beginning of my career, I spent a lot of time working on my craft as a writer – penning a lot of spec features.

And while I was working on becoming a better writer, the unscripted boom started happening and I got sidetracked for a number of years producing shows in that genre before I turned my attention back to the world of filmmaking.

You started your media career as a news producer at CNN. What led you to change career paths and pursue entertainment?

Producing news is a grind and it turns you into a cynic.  I had always wanted to be in entertainment, so I made a quick change very early on.

Did your experience at CNN inform your producing style?

Yes.  The skill set that I had as a news producer (writing, producing and editing) was the same skill set you needed for the unscripted world.  So it was a natural fit when the unscripted genre began its surge.

You scored massive hits with the reality shows Making the Band and America’s Next Top Model. What attracted you to the unscripted format and why do you think it connects with so many viewers?

I started in the unscripted space when it was in its infancy and I loved these big, large formats – structured shows which could help people realize a dream – these were shows like Top Model, Top Chef, American Idol, Project Runway, etc.  And what I really realized in producing these shows was that the secret to making them successful wasn’t just about the competition, it was all about storytelling – because, when it comes down to it, there’s really no difference between the narrative world and the unscripted world.

In both forms, you need to have characters you care about and you need to have a story arc for them – an inciting incident, a rise in the action, a climax and resolution.  So, I always approached all my shows from that point of view – treating them as one-hour narrative dramas.

Both shows were released under your production banner 10×10 Entertainment. What would you say sets 10×10 apart from its peers?

I never turned 10×10 into a big production machine, churning out volume with a big development department.  10×10 has always been an intimate production house where we’ve only produced shows and films that I’ve had a personal interest in.  We’ve had a very select output. 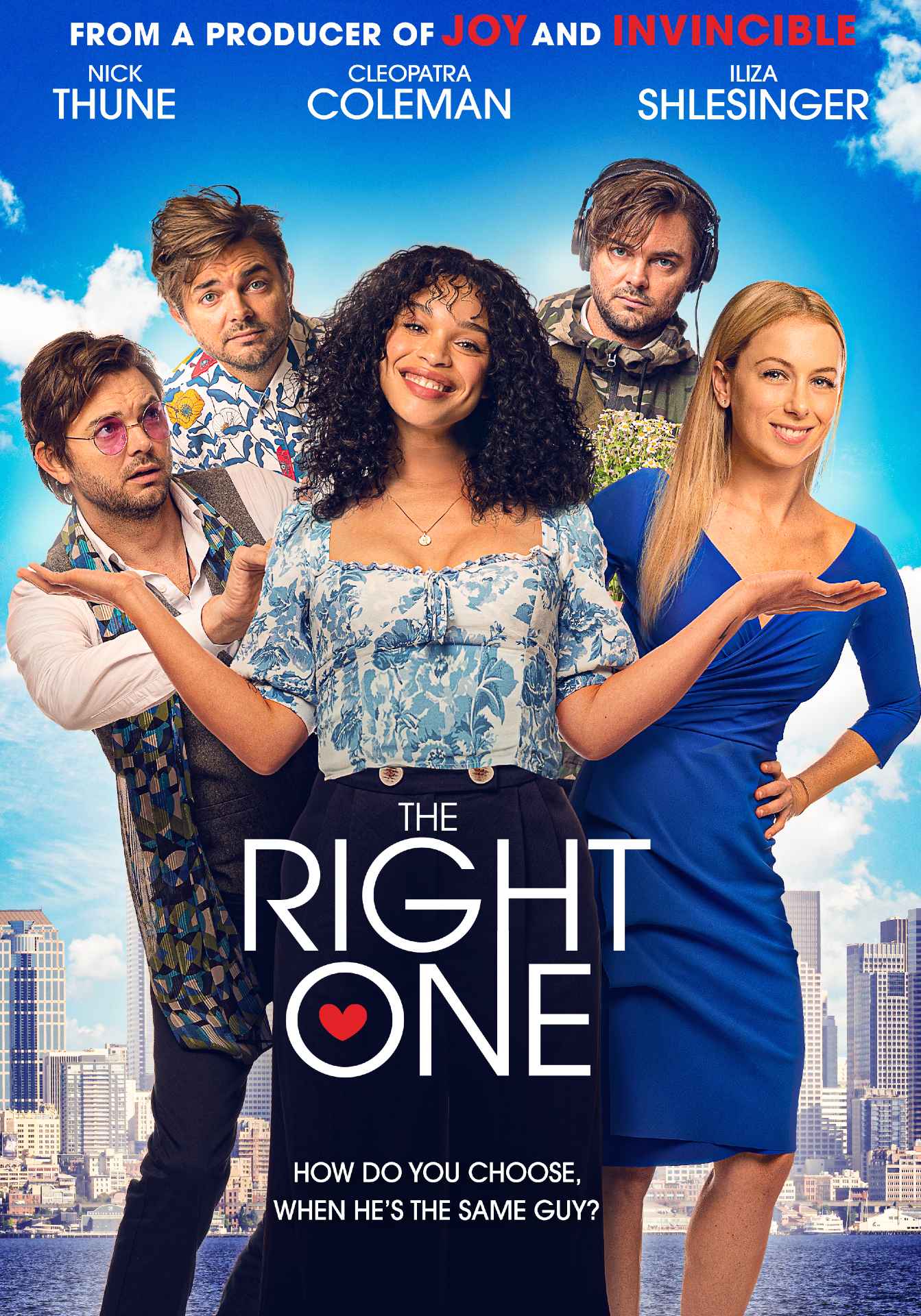 You eventually moved to producing Hollywood films like Invincible and Joy. How did the production process of these films differ from that of reality TV?

When you’re producing a TV show, especially when it’s in the unscripted genre, you have total creative control; from the producing, the writing of it, the production design, the casting and directing.   But as a producer in film, you are really in the service of the director.  You are helping him or her fulfill their vision.

What part of producing do you geek out about the most?

It’s great to take an idea that you have in your head and then manifest it.  That never ceases to amaze me when I’m on the set and we’re about to shoot.

Did working with directors like Ericson Core & David O. Russell bolster your desire to direct films of your own?

Yes.   Films are a director’s medium. The director has complete creative control over the project.  And although I am really proud of both Invincible and Joy, I realized that if I wanted the creative control that I had in television, I had to not only write my films, but direct them as well.

You made your directing debut with the upcoming film The Right One. What made this film the perfect starting point for you as a filmmaker?

What helped me as a first- time director was that I was the writer of the project. As I was writing the script, I had already pre-visualized how the movie was going to be shot and I knew exactly what I wanted from the actors.  Also, it really helps you as a director dealing with the actors and crew when you know the story inside out.

The Right One stars Iliza Shlesinger & David Koechner, to name a few. How does directing actors differ from dealing with them as a producer?

It’s a completely different dynamic.  As a producer, you are there as a support system for the production and your interaction with the actors isn’t your main focus.  As the director, your entire focus is on the actors and working with them.  I also got very lucky with The Right One.  The cast are pros, so it was a real joy to work with them.

You also wrote the screenplay for The Right One. Would you say it’s harder to write a comedy than it is a drama or action film?

I’m not a traditional comedy writer.  I’m not a set-up and punchline type of guy.  I really approached The Right One as a drama with some comedic elements to it.  All of the humor that came out of the script came out organically from who the characters were and the situations they were placed in.

What’s your ultimate goal as a director? Name the most important thing you want viewers to experience when watching projects like The Right One.

I’d like to continue to do fresh takes on different genres.  The Right One is a different take on the romantic comedy.  Hopefully, it’s a bit of a nice surprise for the viewer.  In regards to future projects, I have a number of other features I’ve written that I’d like to direct. Each of them is completely different in style and genre.

When it comes to approach, I always hate watching a film in which the characters are behaving and reacting to each other in a certain way only because the writer wrote it that way.  It completely ruins the film viewing experience for me.  So, authentic storytelling is really important to me.

I want to make sure the characters’ motivations are always honest and manifested in a way the audience will understand.  By doing so, you create real and genuine tension.  Authenticity is key – in character motivation and performance.

Who/what are your biggest filmmaking inspirations?

There are so many filmmakers I admire across such a wide genre and eras.  Among them are Stanley Kubrick, David Lean, Federico Fellini, James Cameron, Martin Scorsese, Sergio Leone, Judd Apatow, Chris Miller and Phil Lord – the list is endless.

You’re really lucky if you have a mentor that can guide you.   Most of the time though, you’ve got to fend for yourself in this business.  There’s a terrible truism in Hollywood:  nobody wants you to succeed.

I’d have to say creating the show America’s Next Top Model.  The success of that series gave me the creative freedom to pursue what I really wanted. 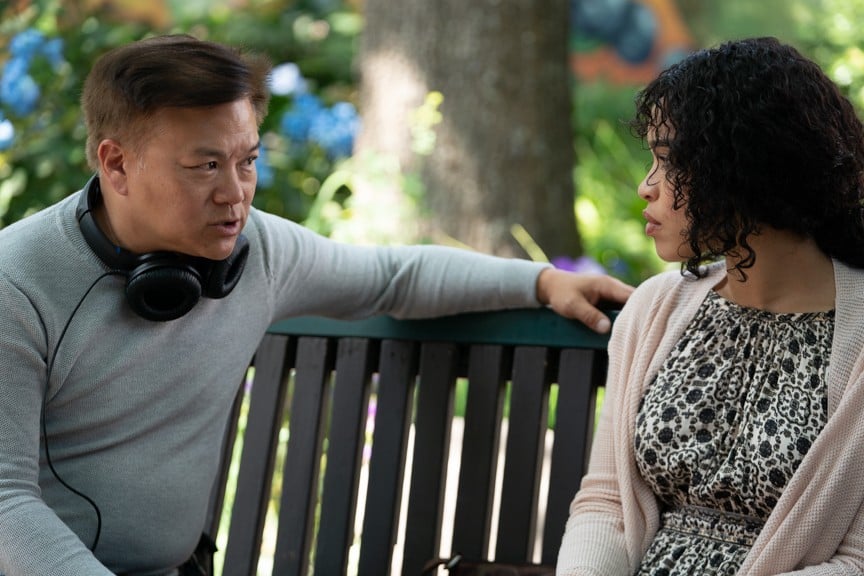 What about your biggest failure? What lesson did you learn?

I worked with a producer once who undermined me and took all the credit for the work I did.  That experience made me realize that I needed to take full control of all my projects.

You’ve worked as a producer, director, and writer. Is there any part of the filmmaking process you want to attempt but haven’t gotten a chance?

I’m very happy with where I am right now.  Being able to continue to write, produce and direct feature films is the goal.

Are there any filmmakers or actors you’d love to work with?

I love any talented person who is dedicated to their craft.

Nobody is going to give you anything.  You have to make it happen on your own.  There wasn’t anybody in the industry who was lining up to give me a project to direct.  It was quite the opposite. I had to write my own screenplay, find the financing for it and insist on directing it. So, if you are an aspiring filmmaker, go out and do it.  It doesn’t matter if it’s a five-minute short, a super-low budget feature or a web series.  Just do it.

That’s a hard question.  But if I was really pressed, I’d say Kubrick’s 2001.  That’s a film that fully exploits the possibilities of cinema; it’s a beautiful piece of existential filmmaking that stands the test of time.