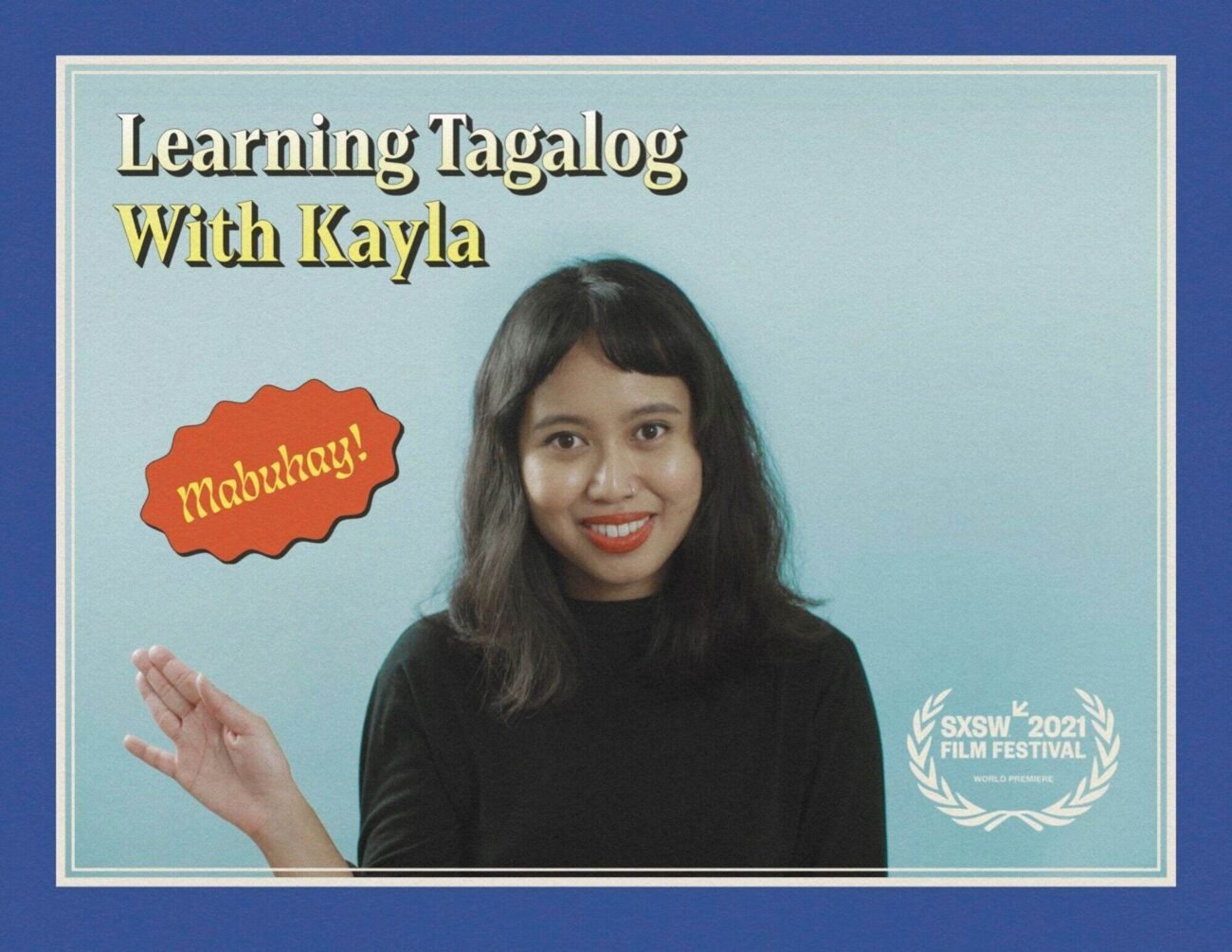 Ladies & Gentlemen, introducing one of the most educational indie films out there: Learning Tagalog With Kayla! Not only does this film teach conversational Tagalog, but with the help of the entertaining director & writer Kayla Aduba Galang, you’ll be speaking Tagalog to your friends in no time!

Throughout the film we learn about Kayla Aduba Galang’s world and get a fresh picture of the beautiful Filipino culture in America. As a director, Galang has also ventured into other collaborative projects like the short film Joan On The Phone.

We were lucky enough to chat to Kayla Aduba Galang about her great successes, challenges, and what she hopes to achieve in her career. Let’s take a look! 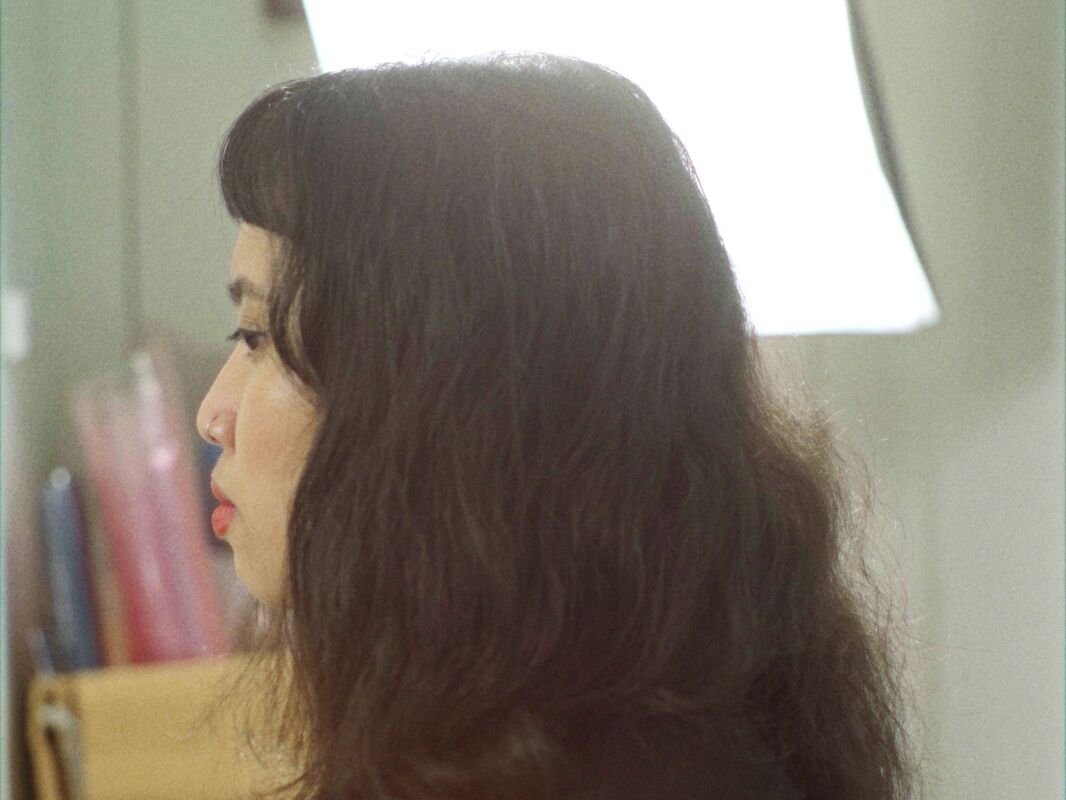 Tell us about your journey as a filmmaker? How did your career start?

I’d like to say my filmmaking journey started in high school, when I was fifteen-years-old and watching random shorts & indie films on IFC and Sundance in the middle of the night.

The sleep deprivation, teenage angst, and weirdness of late-night programming sparked this need to make stuff. I pursued film in high school classes and studied film at the University of Texas in Austin, where I made my own shorts and crewed up for my peers – now go-to collaborators  – and their projects.

Who has inspired you the most throughout your career?

My filmmaking friends have really been my biggest inspiration. I get to be in the weeds with them sometimes and learn from their journeys. Seeing them hatch their ideas, go through the struggle of funding & pre-production, build communities on their sets, and come out with these amazing, honest stories . . . their wins really encourage me to add my voice to the tapestry too.

Your latest short film is very educational, what was the inspiration behind writing Learning Tagalog with Kayla?

I’m glad it was educational on some level! The inspiration behind writing the film was personal sadness, a fast-approaching deadline for a community art project showcase, and this “model student” part of my identity I haven’t been able to shake off. I wrote this stream of consciousness and noticed, at the time, that I was focused on the discomfort of being at home and the little joys I had to cope with. I imagined these words being said by a model student because the clash of those things felt funny. And then I ran with it!

You speak two languages in the film, are there any other languages you’re interested in learning and why?

I’d like to learn Tagalog. I don’t fluently speak Tagalog, but I’m good at parroting whatever my parents say, having heard the language in passing all my life. I also know all the curse words. But I’d like to learn all of the appropriate words and be able to speak with my family in the Philippines too. 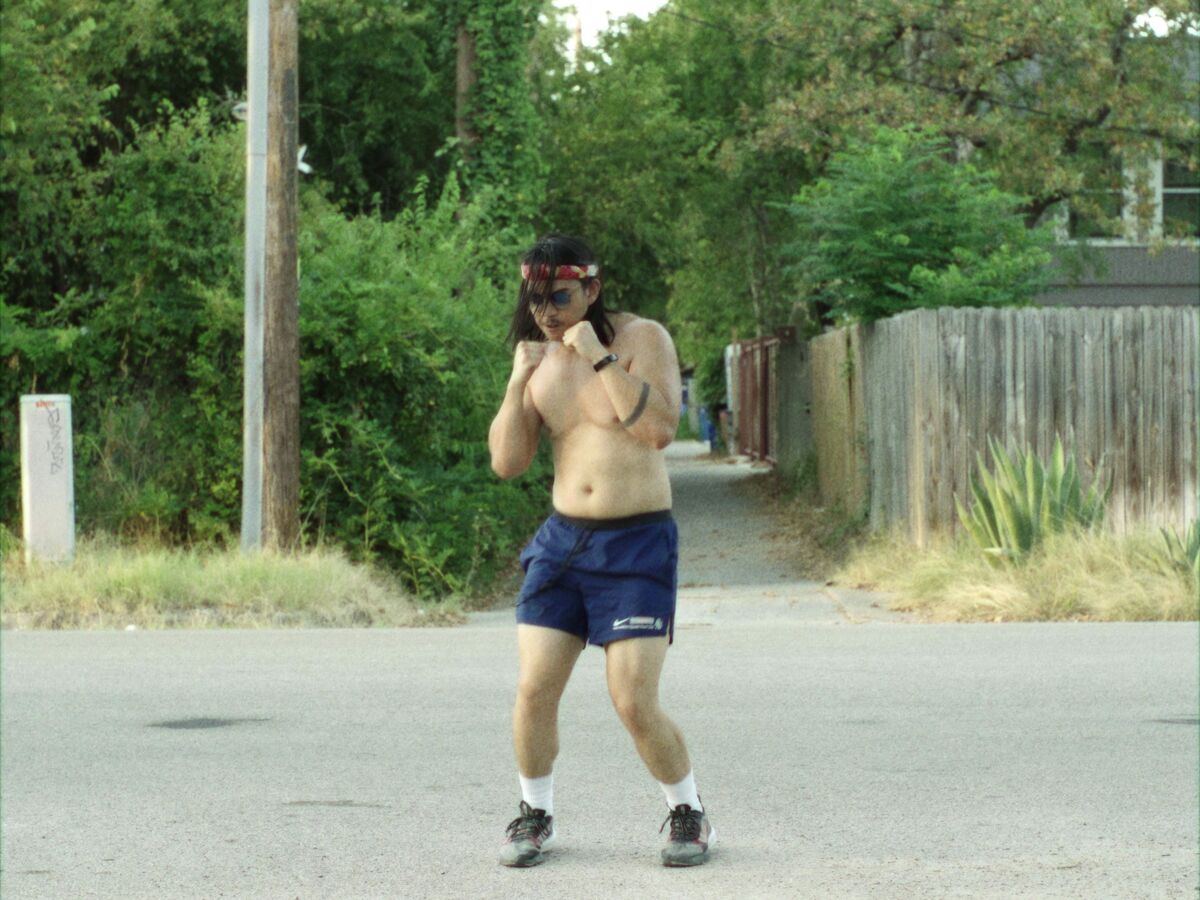 What was the most challenging part of filming Learning Tagalog with Kayla?

The most challenging part of filming was the Tagalog of it all. I had my mom translate my script into Tagalog and record a voice memo of each line in both languages. Again, I’m good at parroting whatever my parents say, but these were long, unwieldy sentences. Everything sounded super silly coming out of my mouth, and there were also a lot of these distracting outside sounds making it hard to record at all. At some point, I was so frustrated that I even pitched to my sound person the idea of getting a Siri-like text-to-speech generator to do my job, but he said no.

What was it like having your mom work on the film with you?

Honestly, it was really chill. I texted her the translation request, emailed her the script, and she sent everything back. She even QC’d the film’s burnt-in subtitles afterward. She never even batted an eye at the script itself.

You’re quite the comedian, have you ever ventured into comedy?

Thank you! I’d consider this to maybe be a venture into comedy, but I don’t really know what the next move looks like there.

Who is your target audience for the Learning Tagalog with Kayla and why?

Bored & sad people; women & femmes who paste smiles on their faces to survive; second generation immigrants; any combination of these identities. I just want to connect with people who struggle with these experiences because it’s comforting for all involved. 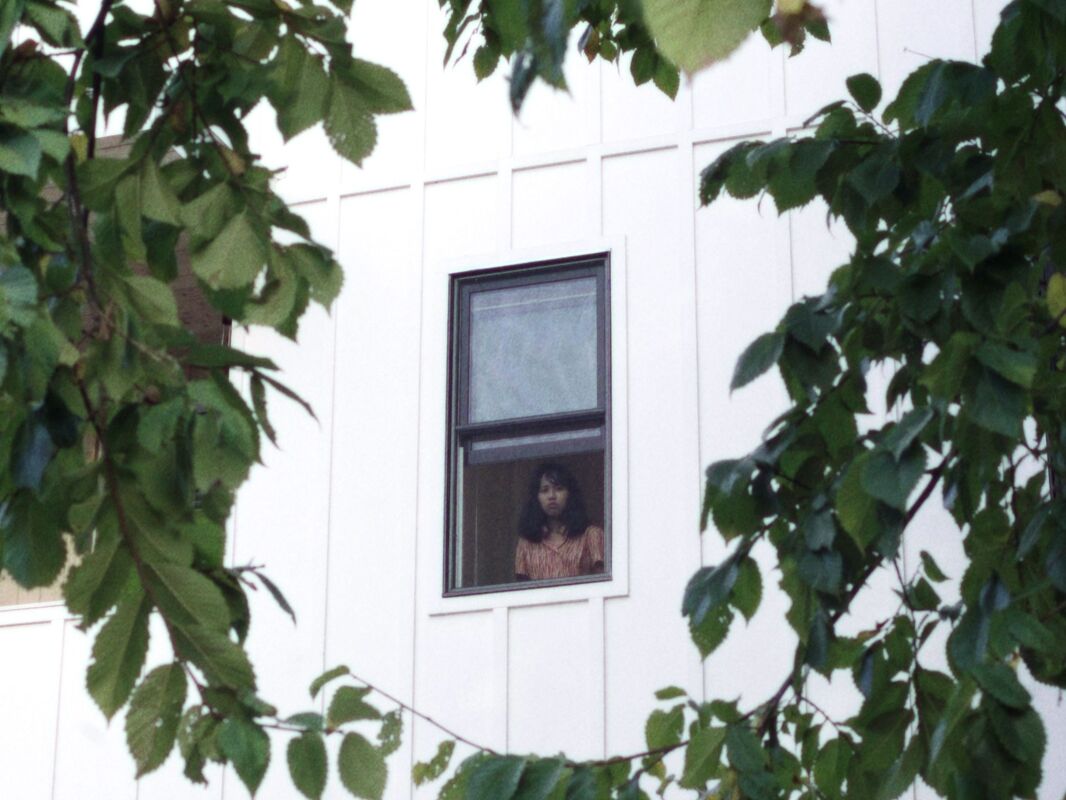 What are your thoughts about culture representation in the film industry today? Do you think more changes need to be made?

This is a tough one to answer, because I want to celebrate all the wins I can, but I still feel fairly unsatisfied. Cultural representation in the industry, for me, feels most substantial when it also considers class, wealth, and access, and treats actors & crew as people with nuanced experiences. I don’t like ticking diversity checkboxes and focusing on stories of the super wealthy.

I don’t like dropping in “woke” phrases and calling it a day. I feel like there’s so much more to be explored. I think we can start with lending better support & funding to underrepresented artists who may not have the wealth and access but have all the potential and ideas.

I’d say my greatest success has been Learning Tagalog with Kayla’s SXSW premiere after a four-year personal project hiatus! I just went for something and made a personal, funny piece that has resonated with my friends and community.

What was the inspiration behind the feature film 06-07?

I moved from Southeast San Diego, California to East Houston, Texas, at the end of my freshman year in high school. It was a very formative, dramatic, and well-documented year because I was quite the little photographer. However, the hard drive with all my photos and videos from that year ended up dying. No back-ups. It’s still a sadness of mine. And so, long story short, I’m really inspired by that time and place and all the people in it, and I want to make a time capsule of it. Especially, because I don’t really have one.

What other projects are you currently working on?

I’m developing a short film adapted from ‘06-’07. It takes place on Thanksgiving at an auntie’s house. I’m also working on sending my most recent project, Aaron Berecka Had a Vibe (co-directed with Matt Stryker) to festivals. 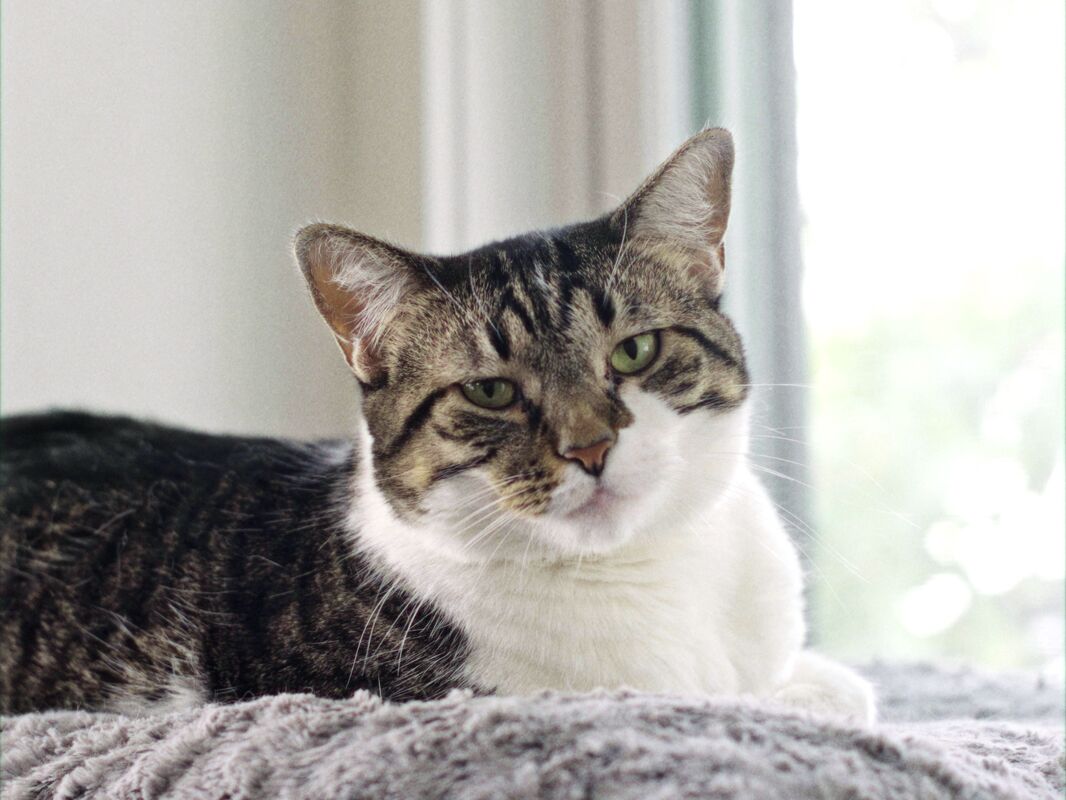 You also directed the short film: Joan on the Phone, what was it like to work with producer Abby Clinton?

That was the last film I made in college and it was an unofficial thesis. Abby was my roommate and classmate that I met in an undergraduate thesis class the semester before, and she was a blast to work with. We shot in one bedroom and then drove all around town with a skeleton crew of all my favorite classmates from film school.

You’ve been behind the camera and in front of. Which do you prefer and why?

I like being behind the camera! My loves have always been writing, directing, editing, and a little bit of shooting. I don’t mind acting, and I have a lot of fun when friends want to put me in their projects, but it’s not something I’d normally go out of my way to do. I love world-building in a way that feels more… Omniscient, for lack of a better word?

I’ve been studying Meisner since 2019, and I love all the gems in Austin I get to see in a classroom setting. I get to see people play around & experiment and have fun being present in a moment.

What are your current career goals?

I’d like to just keep filming, and thinking, and dreaming, and doing. Concretely, that looks like my feature and short, but I’m honestly just down for whatever comes my way, too. 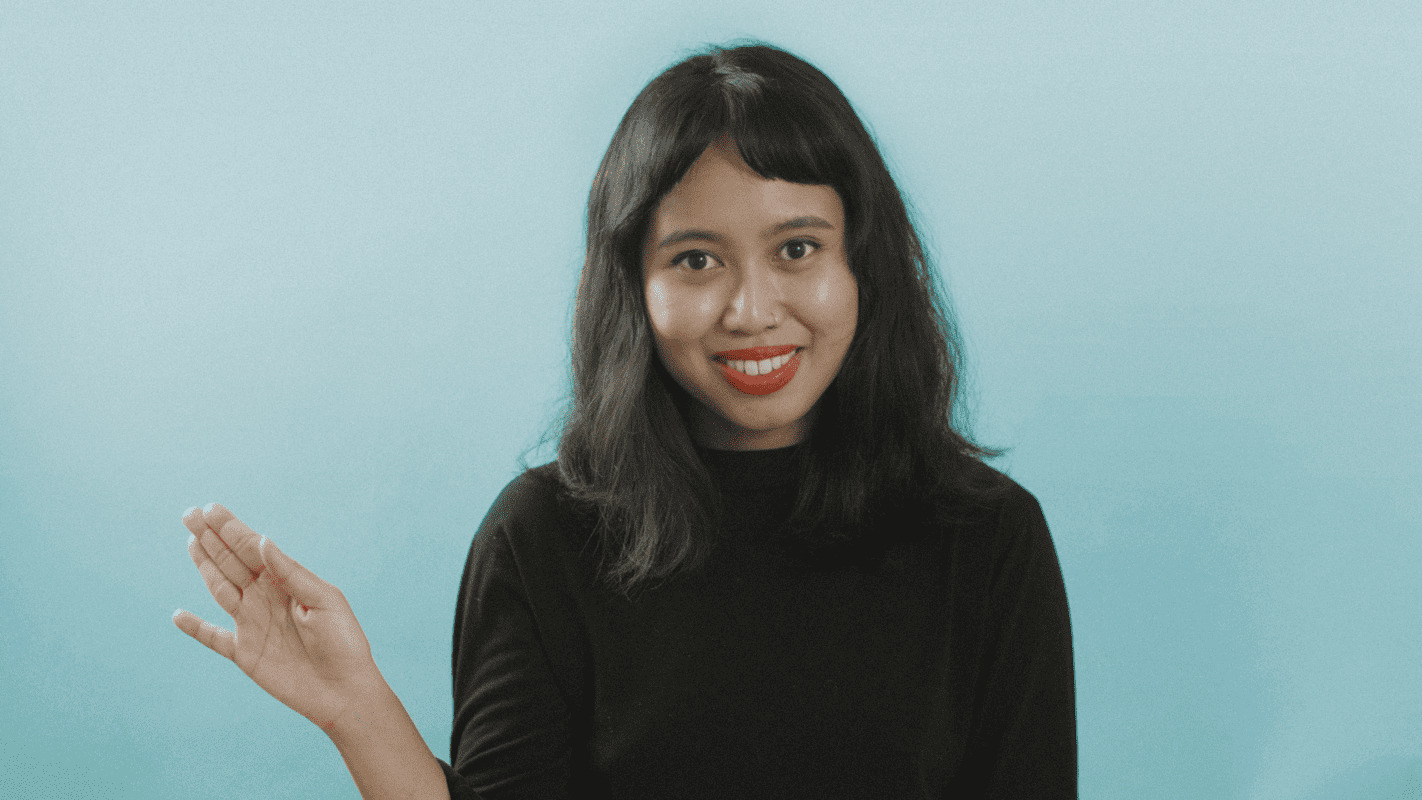 Are there any filmmakers you’d love to work with?

I’d just like to work with my friends and people I’ve been admiring from afar in my community. I’d also like to get to a place where I can support and mentor underrepresented artists.

What advice can you give filmmakers stuck in lockdown?

Dream and brainstorm every which way. You can make a mood board, you can make a playlist, you can collage, you can record voice memos. Nurture an idea in a tactile way. It’ll keep the dream alive!

You belong here! – This is a little mantra that’s made its way into my head whenever I’ve felt like the most unqualified person in the room, and I’ve felt unqualified in rooms I’ve been enthusiastically invited to. Impostor syndrome is real, but so are my skills and the validity of my experience. 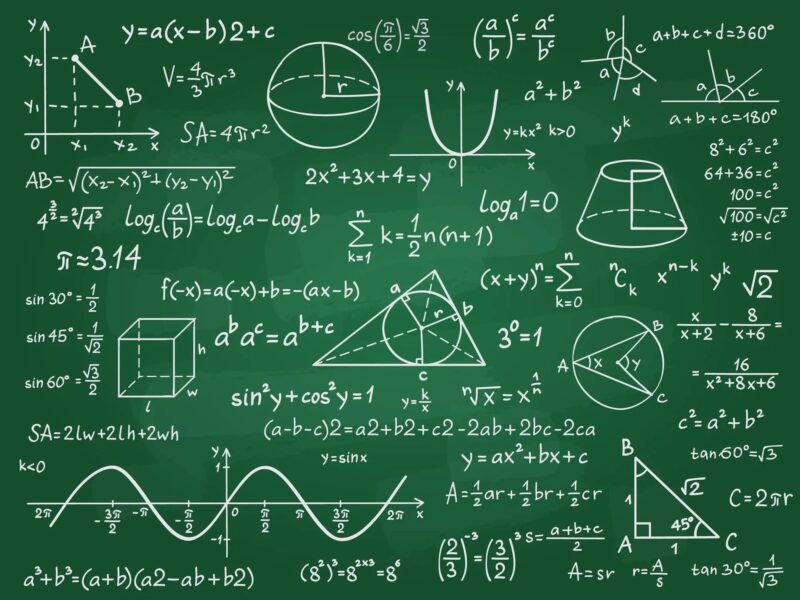 Ways to Make Your Education Brand Shine with Video Content