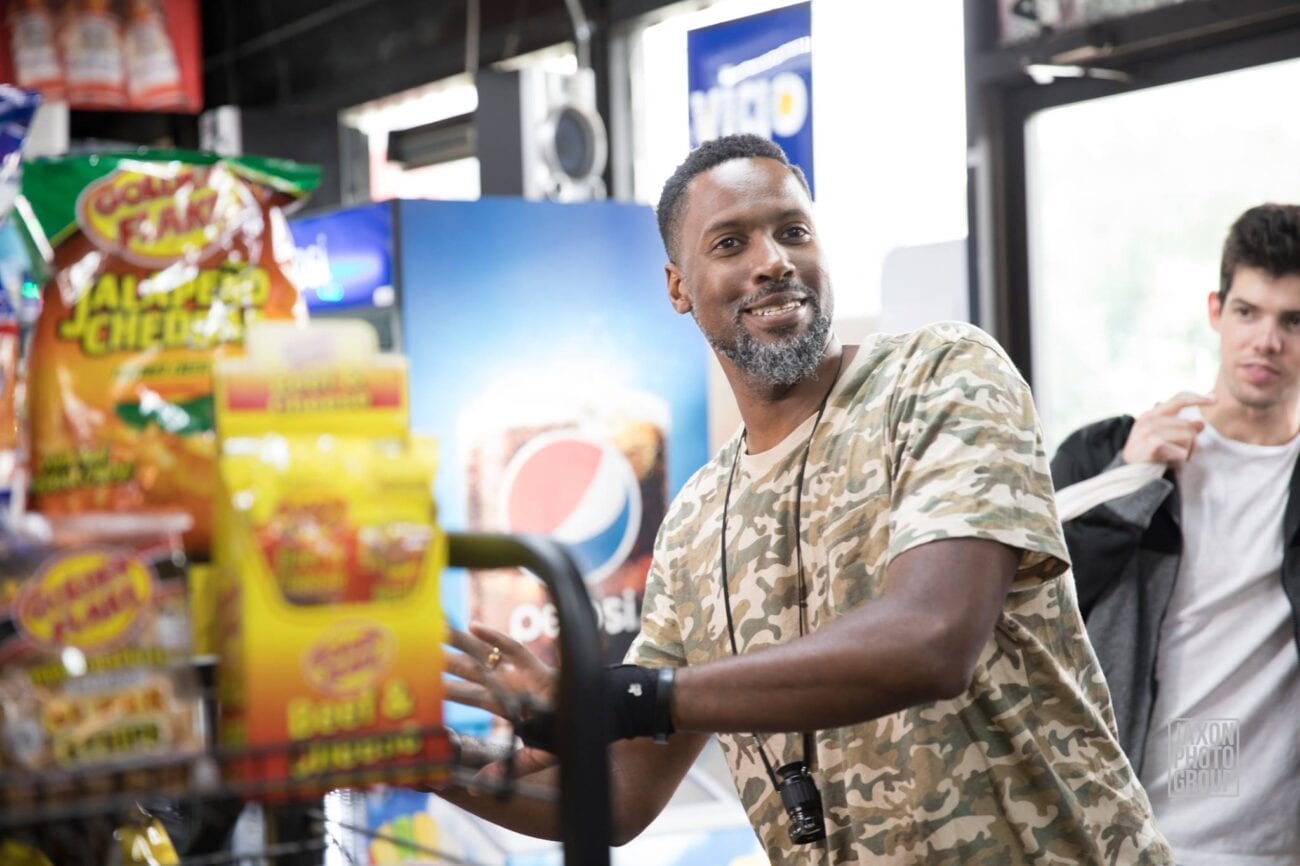 Catharsis is a short film dealing with an African American mother dealing with the tragedy of losing her son at the hands of the New York Police Department. The story follows the heartbroken mother as she confronts the DA without seeing charges brought against the officers.

The film was written, directed, and produced by filmmaker Lawrence “LAW” Watford. Watford is a natural born story-teller with a penchant for telling socially aware stories, but with a secret love for rom-coms that he admits to in our interview.

Get to know the talented filmmaker with our in-depth interview covering Watford’s big successes, films, future projects, and more! 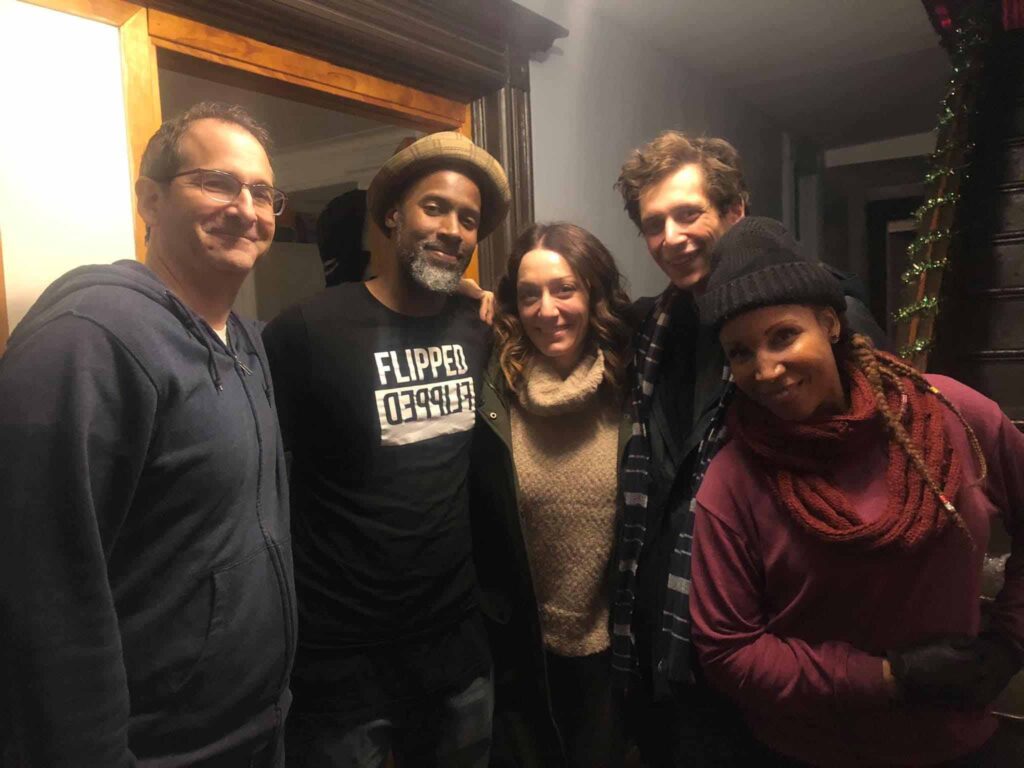 I feel like I’ve always been a storyteller. As a kid I’d take my toys and make these great dramatic and elaborate storylines that usually resulted with one or more of my Transformers or G.I. JOE characters dying . . . Flashforward years later to 1999 when I saw the film The Matrix 6 times and was absolutely smitten by whatever was able to birth that masterpiece.

You received a Bachelor of Arts in Political Science from Hampton University and a Masters of Arts in Communications as a directing student at Regent University. What were the most important things you learned from these respective degrees?

From Hampton University, I learned the importance of cultivating a voice that spoke of matters of consequence. From Regent University I learned how to creatively weave that voice into film for maximum impact.

You were mentored by NBC television producer Peter Engel. How would you recommend people go about finding mentors in Hollywood?

By any means necessary . . . lol. But be bold. I was lucky because an act of God dropped Peter Engel in Virginia Beach, when he served as Dean of Regent University’s Dept. of Communication. He’d hadn’t been there a week before I barged into his office pitching him a feature script that I’d written. I was bold, but I was also humble. Though, I’m told that the “humble” part can hold you back in Hollywood.

You also worked on projects as varied as Law & Order: SVU and the zombie blockbuster I Am Legend. What tips did you learn from these shoots that you were able to apply to your own sets?

On these sets, and actually every set I’ve ever been on, I’ve learned about the importance of being community on a set; being a set where everyone from the extras in the cast to the production assistants on the crew is valued. Now, obviously that communal energy wasn’t present on all sets that I’ve worked on; but when it’s there you can definitely feel it. I try to make sure it’s present on my sets, so everyone is invested in the outcome.

Who are your biggest directing influences?

Without question, for me it’s Terrence Malick. The very first Hollywood film that I worked on after film school was The New World which Terry wrote and directed. After bribing my way into the production office with Starbucks coffee, I took every opportunity to be on set and watch him.

But the best experience came when Terry wanted to shoot on Labor Day weekend – a holiday for crew. The producers agreed to hire a camera operator and give him a PA for two days to shoot nature b-roll for the film. I was the PA who got to spend two days under the feet of this master storyteller asking him questions and seeing his process.

Your latest film is titled Catharsis. What was the initial inspiration behind the story?

It’s weird to think of the countless videos and cases of police violence as inspiration, but it’s fair to say that those served as source material.

Catharsis deals with a number of social issues. How important do you think it is for creators like yourself to highlight these issues in art?

I think it’s very important to use whatever platform you have to improve humanity, spread empathy and enlighten people. Art has always been the primary vehicle for this important work, and film is uniquely positioned to engage in it.

Walk us through your process of working with actors. Do you allow room for improvisation or do you prefer to keep it accurate to the written script?

What makes Catharsis unique in comparison to your earlier films like Flipped and The Savior and the Samaritan?

Catharsis is similar to those films in the sense that they all try to create empathetic conversations, but Catharsis is unique – it doesn’t assume the viewer will know what questions to ask at the end. Catharsis directly and explicitly tells the viewer what they should walk away with and directly shock the viewer into empathy.

Which part of the filmmaking process do you still geek out about?

I always geek out about the development process. Having a great story and a great script and that imaginary A-list cast that you’ll never be able to afford is always exciting.  But then getting to refine that into something that is within my power to bring to life. 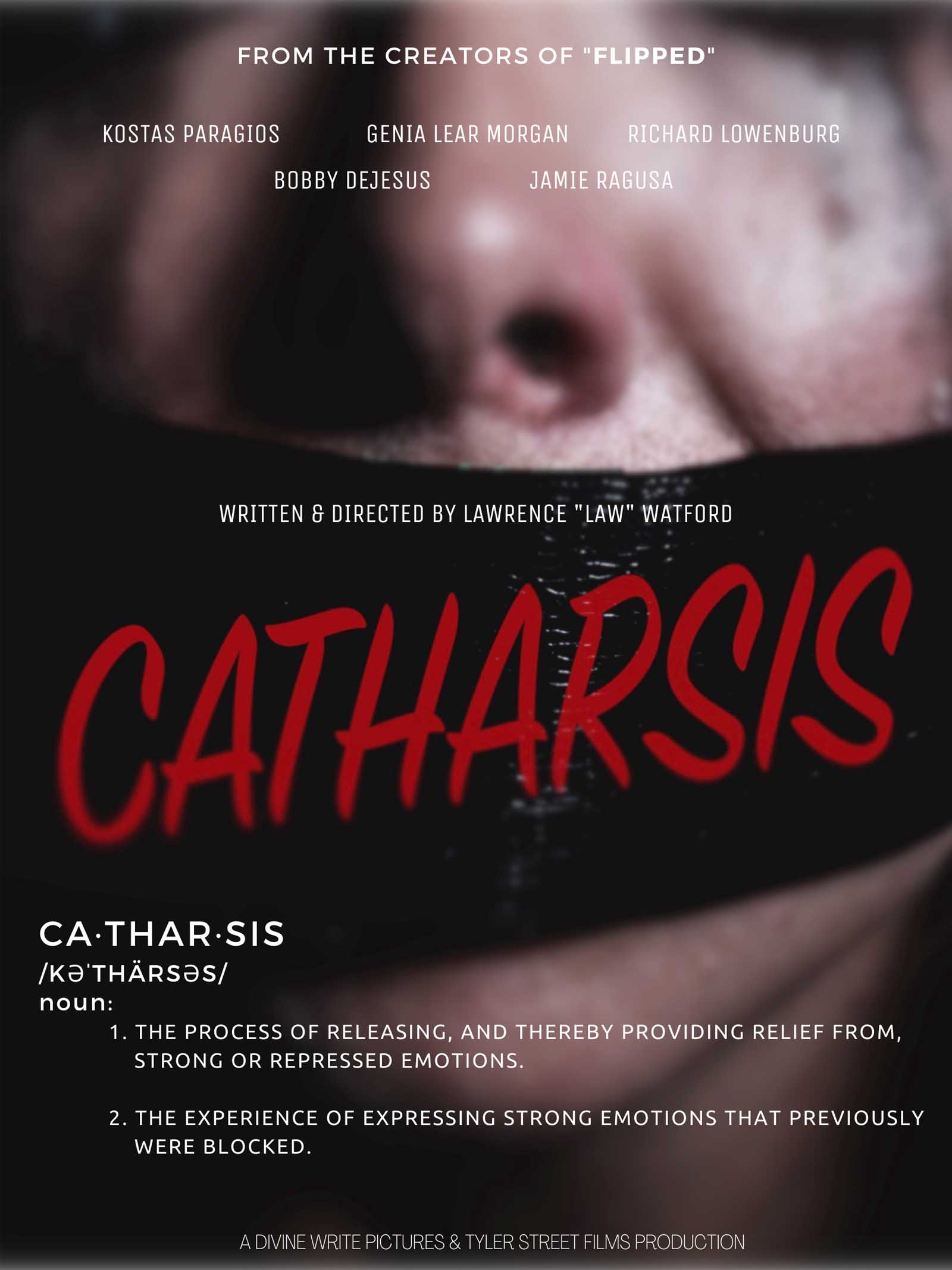 What is the core lesson you want viewers to take away from Catharsis?

I want people to consider what happens when they deny justice to a parent, family or community that is devastated and angered enough to take it themselves.

You are the founder of Divine Write Pictures. What would you say makes Divine Write stand out from other production companies?

There are a lot of production companies out there, and most tend to take the form of the founder, but I’d like Divine Write to stand out for telling stories about incongruence, paradoxes and the complexity of humanity.

Well the first part of the 5 year plan involves partnering with a really great Hollywood rep to make sure that the material, at least makes it to the market and hopefully that’s in process now.  From there it’s just a matter of navigating which opportunities bring the company closer to being able to move our slate.

You are a very socially conscious filmmaker. Would you be interested in tackling a story that doesn’t have a social or racial component to it?

Absolutely! For the sake of my mental health, I need to have something light to balance out the heaviness of the socio-political stuff.  In fact, you may not be able to tell from my past three films, but I’m a rom-com head. I love writing romantic comedies and love stories, and I have one that’s inspired by Donald Trump that I’m hoping to get into production – which I guess still has a political element to it – lol.

Would you want to expand any of your short films into a feature length release?

I definitely would. My team at Tyler Street Films, the company formed with my college friends Jack Manning III and Tiffany Elle Burgess, is exploring expanding Flipped into a feature film. And Catharsis has already been expanded into a television pilot.

What has been your biggest failure? What did you learn?

There was  one crushing failure that stands out. Though I always try to view “failure” as a learning opportunity.  I’d made a short film called The Mourning After, which was a drama about 2 people who were supposed to be in the World Trade Center on 9/11, but survived because they were in a hotel room having an affair.

The stress I endured after paying to hold the showcase, flying out to LA, trying to create a transfer from standard def to HD and shrinking in my seat with embarrassment, as my beautiful and wonderfully acted story projected warped and partly off-screen taught me the importance of doing my homework and staying abreast of the technological changes impacting the industry.

I’d honestly have to say that my greatest success is that I haven’t given up. I left film school in 2004 and have been at it since before that point.  It’s easy to get to a point where you feel like it’s not in the cards for you.  Maybe it’s not, but I’m determined that I’m not going to stop long enough to find out.

We’ll, I’m really excited about my pilot, Blood on the Door, which is based off of Catharsis and explores the blurred moral line between justice and vengeance. And on the rom-com side, I’m stoked to get Meg Loves the Con (a Donald Trump inspired rom-com) into active development – if only because I believe the world desperately wants lighter happier escapist cinema after the tumultuous year and a half we’ve had.

If you have it in you, become so deeply in debt chasing your dream that you have no choice but to keep at it in order to dig your way out of that debt.  Now that doesn’t necessarily mean spending your money, but could also be your time, your attention and your relationships . . . But money tends to demonstrate where people’s values lie, so . . .