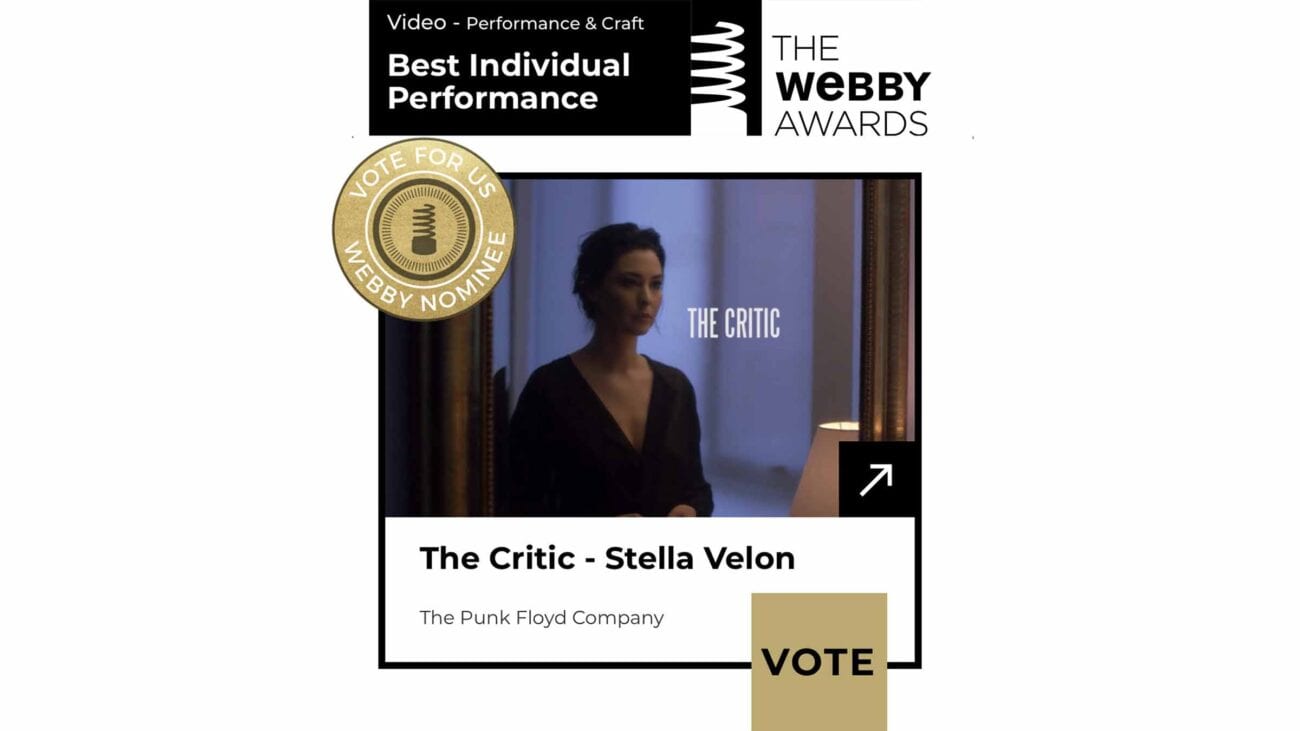 The Webby Awards are a huge opportunity for web-based creators to achieve recognition among their peers. Acknowledging the best in web design, digital advertising, and of course, digital content production.

If you’re a digital video creator, getting a shot at a Webby is a huge honor. It proves your content is on the top tier of videos people should be watching online. So when The Critic scored a nomination for Best Individual Performance in this year’s Webby Awards, it’s a big deal. Especially when this was the first production from The Punk Floyd Company.

Co-founded by fashion photography agent Jean Gabriel Kauss and actress and writer Stella Velon, The Punk Floyd Company is still in its infancy, but the award hype for The Critic proves they’re not going anywhere. If you need a reason to vote for Stella Velon’s performance in The Critic outside of it being amazing, we’ve got you covered. 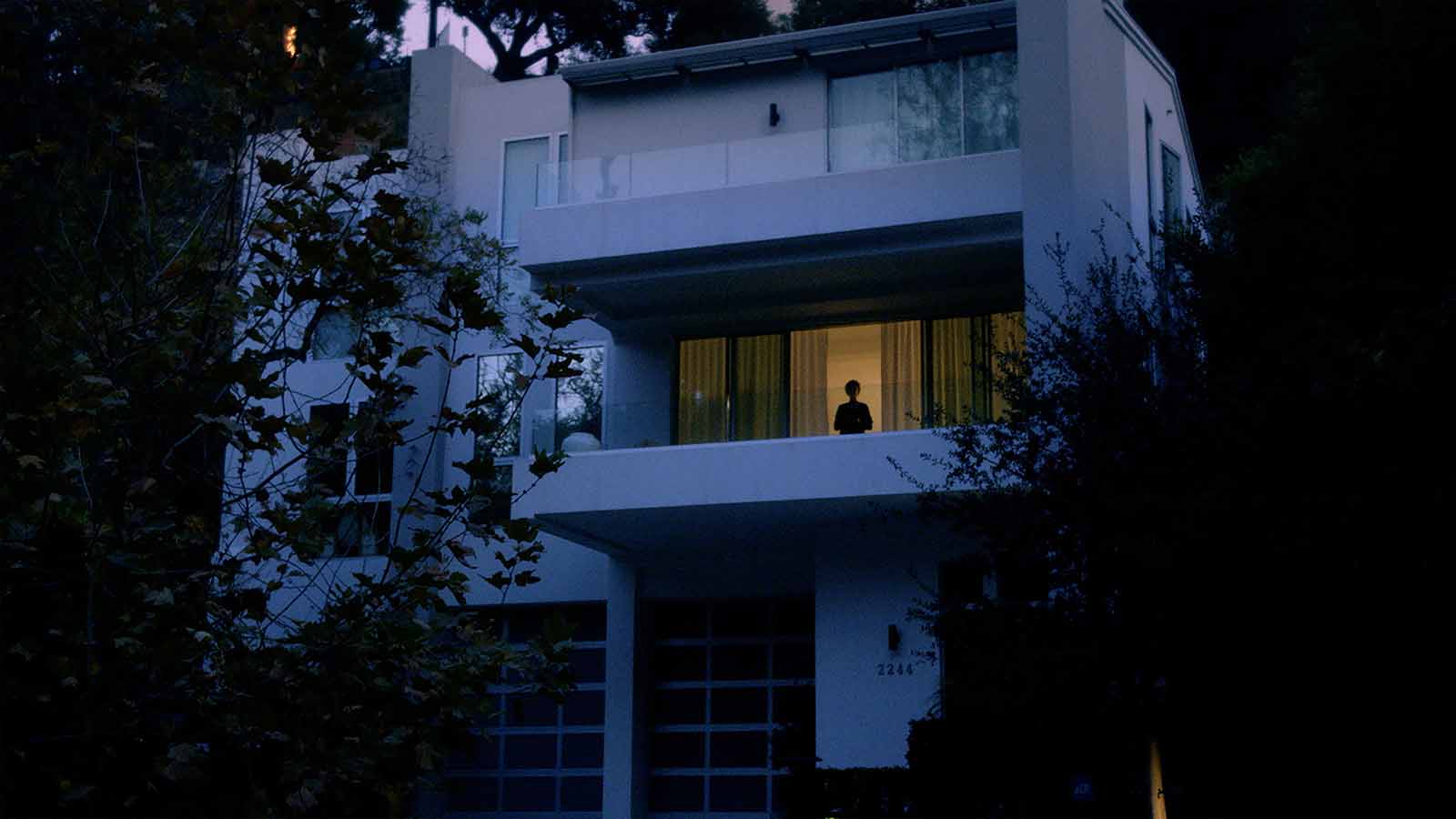 This will leave a mark on future independent productions

If you scroll through The Webby Awards and their past winners, a lot of these voices getting awards are from big companies. For example, last year’s winner in this category was James Corden for something he did with his talk show. 2018 similarly had Jay-Z taking home the award.

To be nominated is always just an honor, but to get The Punk Floyd Company a win with a project that was just their first production would make waves in future Webby ceremonies. The best production isn’t always the one with the most famous faces or had the biggest budget. 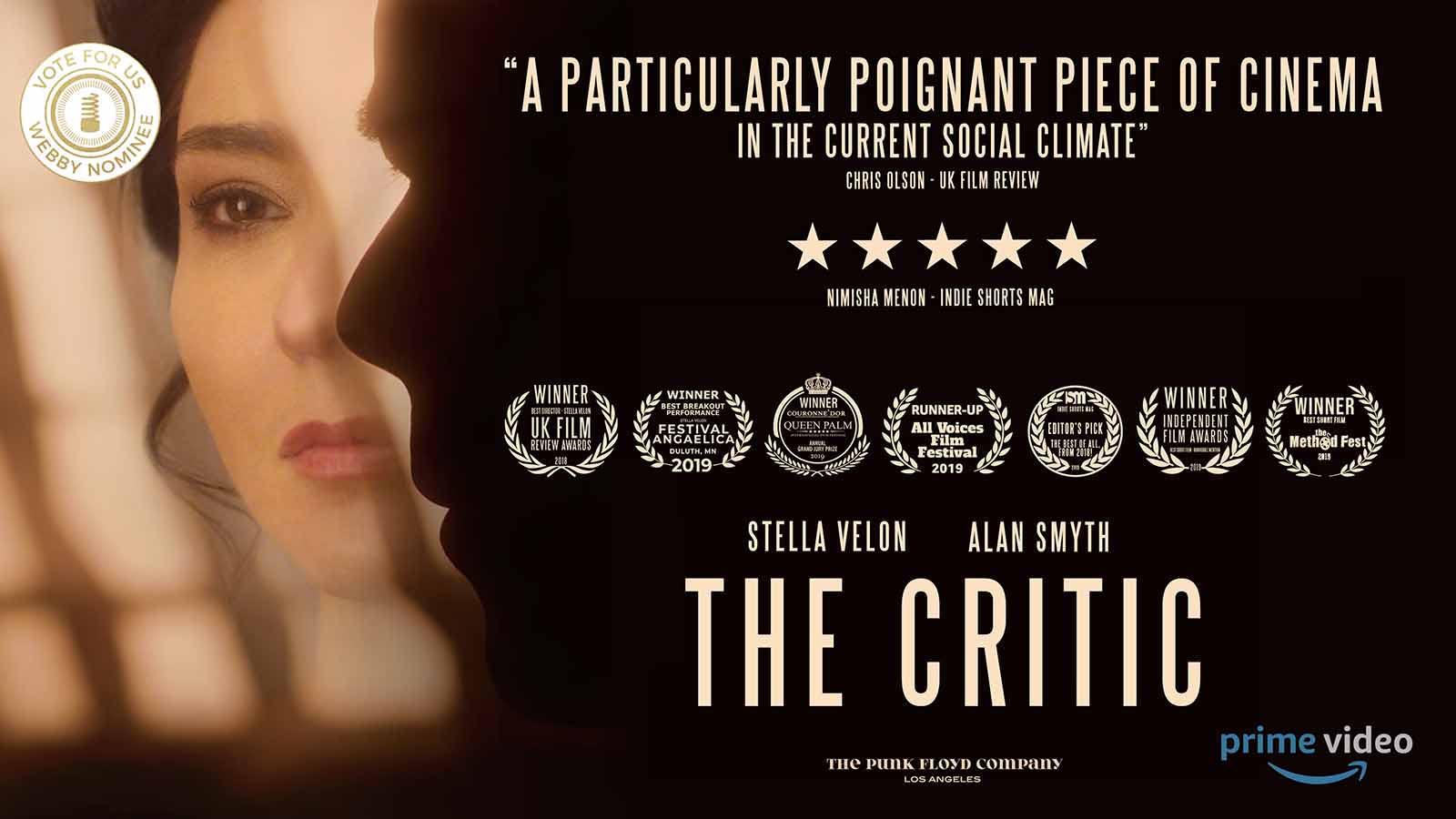 The Critic has been sweeping other festival awards

Even with this being their first production, that hasn’t stopped the success from rolling in. At the Queen Palm International Film Festival, The Critic swept the floor with nominations in nearly every category, and took home awards for Best Editing, Best Cinematography, Best Director, and of course, Best Actress.

Most impressive of all though, is their win at Amazon Studios’ inaugural festival. The streaming giant and its production company hosted the All Voices Film Festival for the first time in 2019. The Critic was awarded one of the four first prizes of the first annual festival. Clearly, there’s something good going on with this film. 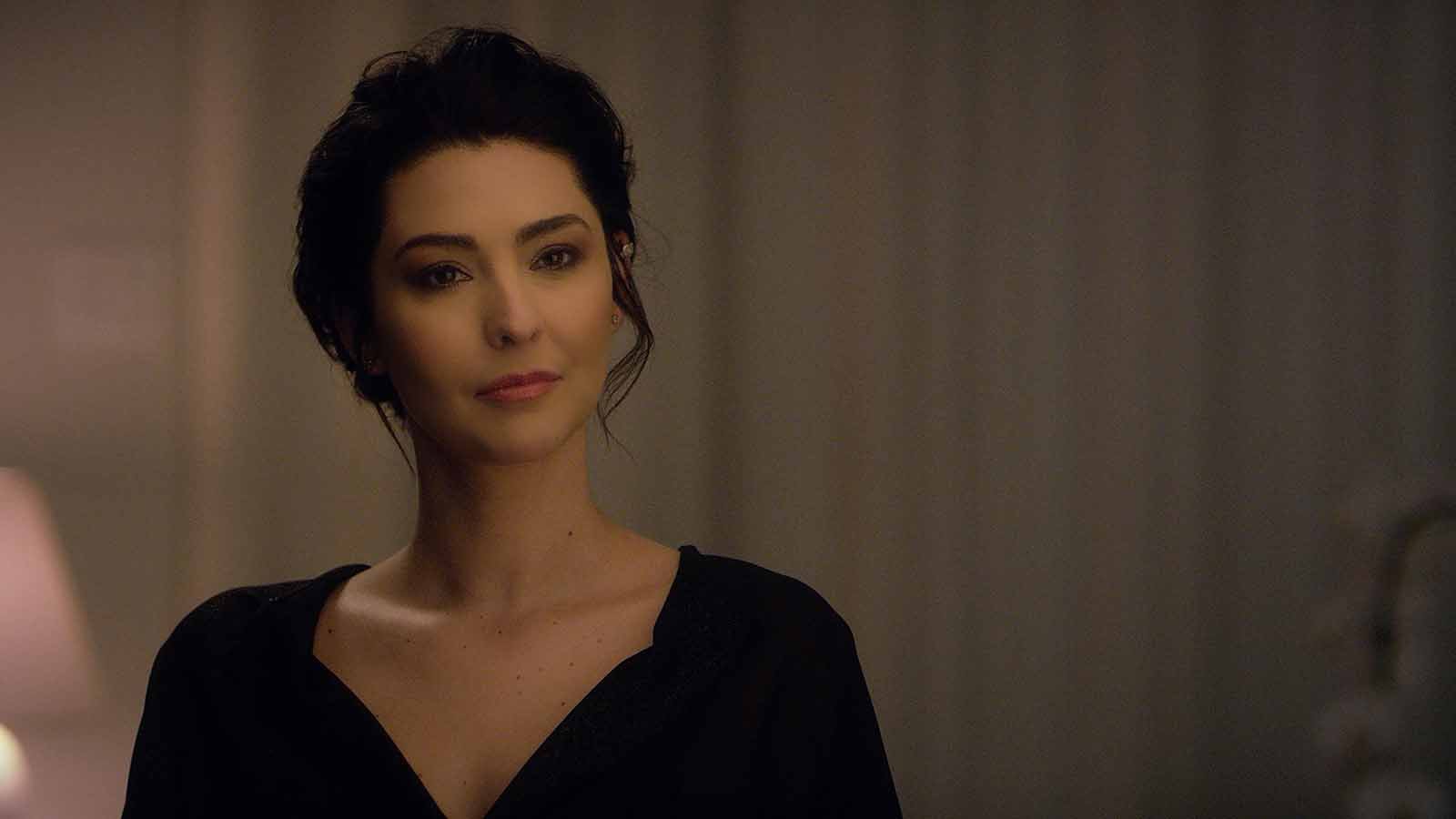 Women behind the scenes

On top of being The Critic’s lead actress, Stella Velon also doubled as the short’s writer and director, making her behind-the-scenes debut. But with a lifelong career as a model and actress, it’s no surprise she made the transition so well. Telling a story about how you are your harshest critic is challenging, but rewarding.

As Velon describes in her director’s statement: “As an actress myself, I also wanted to weave in elements of what is happening at the moment within the entertainment industry and explore the perils and pressures of the profession while leaving the message of the film open to individual interpretation.”

She took the world she knew and wasn’t afraid to call out the aspects that people don’t talk about with being an actor. Her triple threat efforts worked out successfully, as The Critic has been praised for its raw look at the industry and self-criticism. 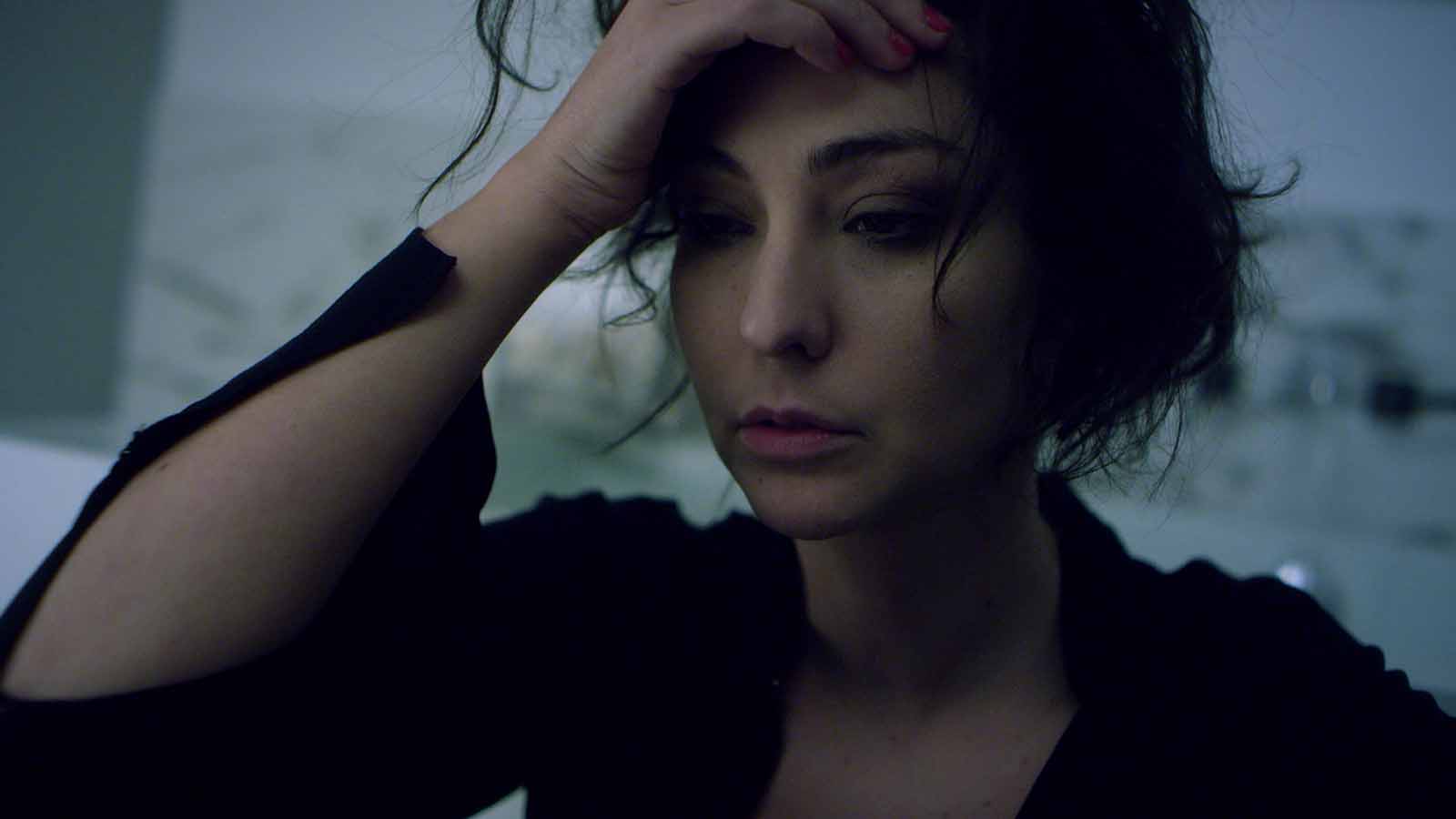 It shows you want more from Punk Floyd

While having a long list of awards is always great, that doesn’t always translate well to box office money. But the Webby Awards are different. As a publicly voted competition, you’re the one who says who’s the best in show.

They already have ideas in the works as well. Current projects in development include expanding The Critic into a feature-length film, and a half-hour girl-powered scripted comedy series from Velon, loosely based on her days as a model in NYC. If you want to see more, place a vote in the Webby Awards. 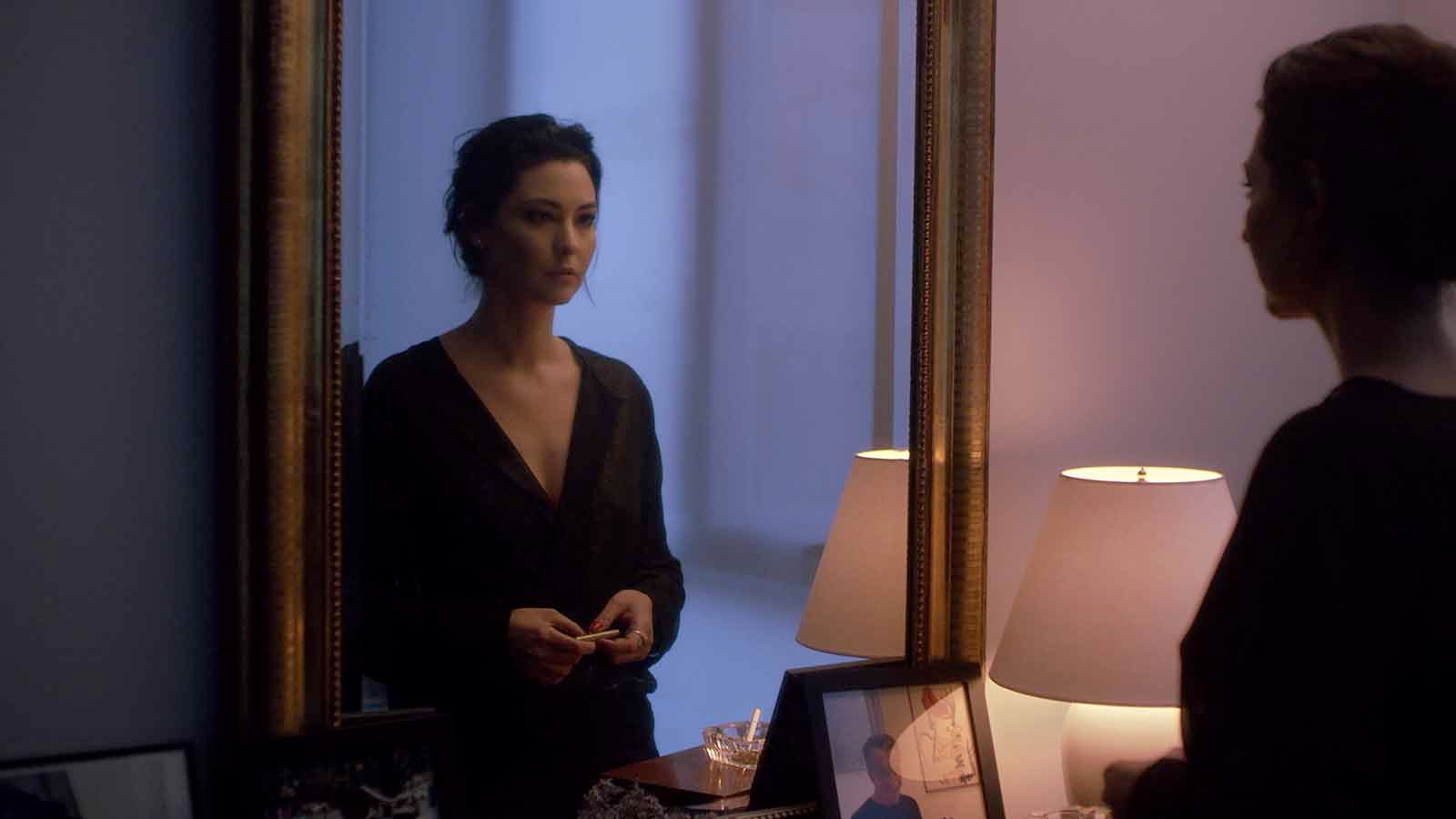 It lets Punk Floyd know how much you loved The Critic

If you’ve seen the short (that is streaming for Amazon Prime subscribers!), then you know how good this film is. Five star reviews are great, but a fan-voted award to put on the shelf is even better. Voting for The Critic tells The Punk Floyd Company how much you adored the short.

If you’ve been convinced to go vote for Stella Velon’s performance in The Critic, go now! Thanks to the Webbys being hosted at home this year, voting has been cut even shorter than usual for the awards show. You only have until May 7th to cast a vote in The Critic’s favor, so vote today!