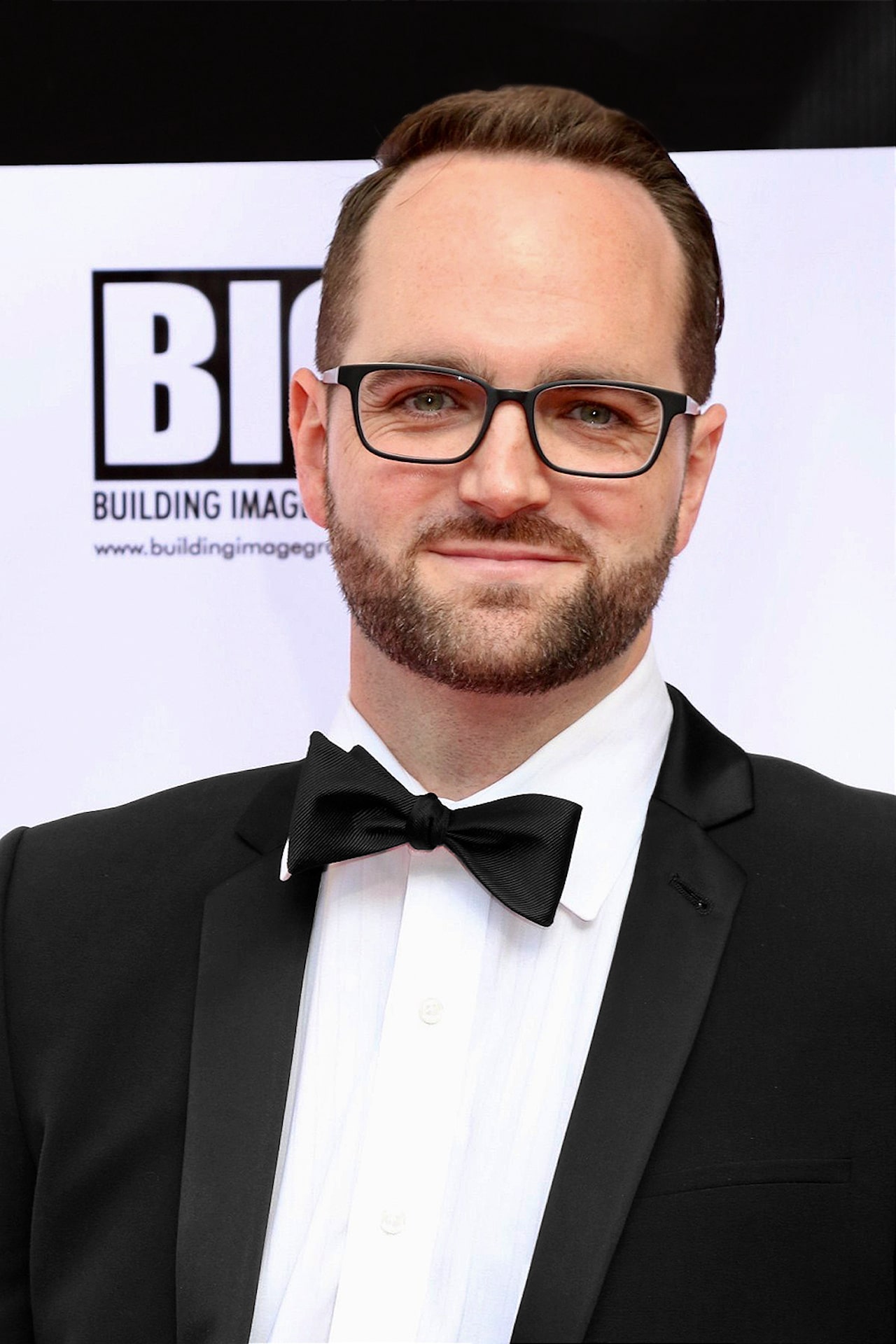 At some point in our lives, we have all dreamt of owning a flying car. We have The Jetsons and Back To The Future to thank.

Did you ever think we may be closer to this reality than you ever thought?

Now available on Amazon Prime, Father Of The Flying Car is the new documentary introducing the world to Dr. Paul Moller, the engineer who has devoted his life to the flying car. Director Scott Hardie chronicled the life of this remarkable man in his film, which is twelve years in the making.

We were lucky enough to interview Scott Hardie and talk to him about filmmaking, his new film and Dr Paul Moller.

Firstly, congratulations on Father of the Flying Car. Before you started making this film, what came first…your interest in Dr Paul Moller or in  flying cars?

When I was around 7 years old, I began to discover movies and shows like Star Wars, Back to the Future and The Jetsons. I’d say that’s when my  dreams of flying cars began. Around that same time, my dad handed me a  Sacramento Bee Newspaper. On the front page was a picture of the Moller Skycar in flight. For a young kid, that was all of the proof I needed, flying  cars were real! Fast forward 15 years, that moment returned to my  thoughts while I was at USC film school and soon thereafter, I was off on my flying car adventure! 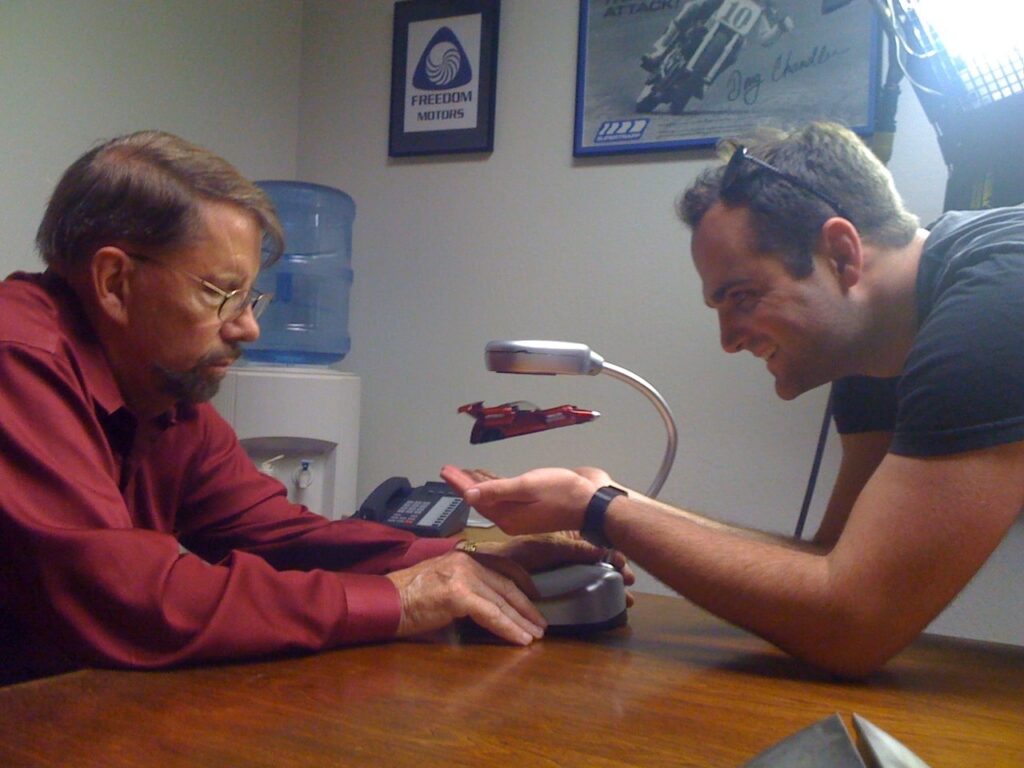 How would you describe your journey in making the film? It sounds  as though the process took a number of years…

I think documentaries as a whole are grossly underappreciated for the amount of work, sacrifice, time and creativity that goes into them. In many  ways I think this film ‘raised me’ as a filmmaker. From beginning to end this  project took 12 years to complete. For a period of time I had a small crew,  but for the vast majority of production it was only myself, a camera and  pure determination. I kept thinking about Robert Rodriguez’s book, Rebel Without a Crew and how I was somehow going to finish the movie, no  matter how long it took. Originally, I set out to document a new flight of the Skycar, but as time went on, different setbacks occurred and the flight kept  getting delayed. Eventually, I had to make a decision. I chose to focus the  film more on the inventor rather than the invention. That choice gave me a  lot of freedom to tell a different kind of story, a story about an inventor’s life  inside and outside of the workplace, the sacrifices he made and the  challenges of being an inventor in America.

One thing I really loved, is that your film can be understood and  enjoyed by all of us who don’t have a scientific mind or interest in  engineering. Was this something you were mindful of when making  the film?

I’m really happy that you saw the film that way. Yes, I wanted to take a sci-fi topic and make it something that anyone could comprehend. My father is an engineer, just like Paul, so this film was a way for me to better appreciate and understand how engineers look at the world. At the same time, my mother is a fine artist who gets bored whenever she hears anything technical. I knew the film had a nice balance when it captivated  both of them. I really love taking scientific ideas and grounding them, making them attainable, relatable and entertaining.

What was your time with Dr Paul Moller like?

You tend to get to know someone pretty well after you’ve spent over a decade with them. Paul and I are both supremely optimistic people, so I found it really inspiring to witness a man, with great odds stacked against  him, persevering. I think there’s a great amount of similarities between  invention and filmmaking, so I really enjoyed our conversations about  creativity, business and entrepreneurship, but also about spirituality, health  and sports. Over the course of filming, both of my grandmothers passed away. They were always wonderful guides in my life, so I think emotionally Paul became a type of mentor figure to me as well. Ultimately, I find it  amazing that I could read about Paul at seven years old, then meet him in my twenties and show him the movie I made about him in my thirties. The only way making this film was possible was with Paul’s trust and willingness. I’ll  alway appreciate him for that. 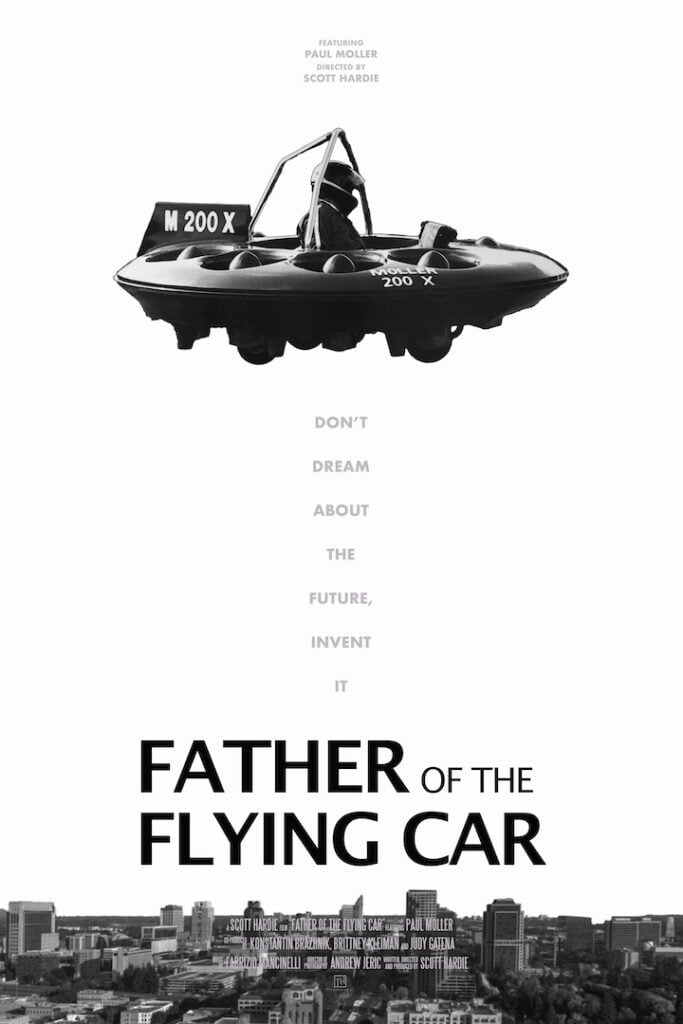 Was it always a dream of yours to make documentaries?

It was always a dream of mine to direct movies, in general. After I graduated from undergrad at Sonoma State University, I knew that I wanted  to direct, but making a narrative feature requires a larger crew, access to  actors and financial backing. Documentaries, on the other hand, are  incredibly empowering for a director because you theoretically can film them yourself, make them on your own time and for very little money. I directed my first feature documentary at 21 years old. That film was created by two people, myself and my friend Zack, and made for around $7,000. It premiered at the Sonoma International Film Festival and helped Zack and I get  accepted into graduate film school. He attended Chapman University and I went to USC. Directing documentaries helps develop your creative instincts, problem-solving skills, and force you to be resourceful. Documentaries have always fed my creative hunger to direct, but I anticipate that as my directing career progresses it will be a healthy balance of both fiction and non-fiction storytelling.

What advice would you give to any up and coming documentary  makers?

Advice that my fiancé Brittney reminds me of is, start before you’re ready. Too many times we as creatives get caught up in the plan, the cost or the imagined outcome of a project. We tend to overthink things. I think taking action is the most important step a documentary filmmaker can make. If you have a cellphone, a subject that you’re passionate about, and a way to edit your footage, then you can begin. You don’t need permission from an  organization or a grant or a crew. A lot of times, forcing yourself to just start  filming can open the door to an amazing documentary-making experience.  Father of the Flying Car started with a simple email to Paul. If I had not started before I was ready, I don’t know if the film would have ever been  made.

What is coming up next for you?

I’m currently in the beginning stages of my narrative feature directing debut,  Original Life. It’s a coming-of-age about a teenager who aspires to be a  graffiti artist. I’m also directing two feature documentaries that are in post production. One has yet to be officially announced, but the other is called  Team Animate and is about a world-renown high school animation program  that educates and inspires students to become honorable citizens and  professional artists.