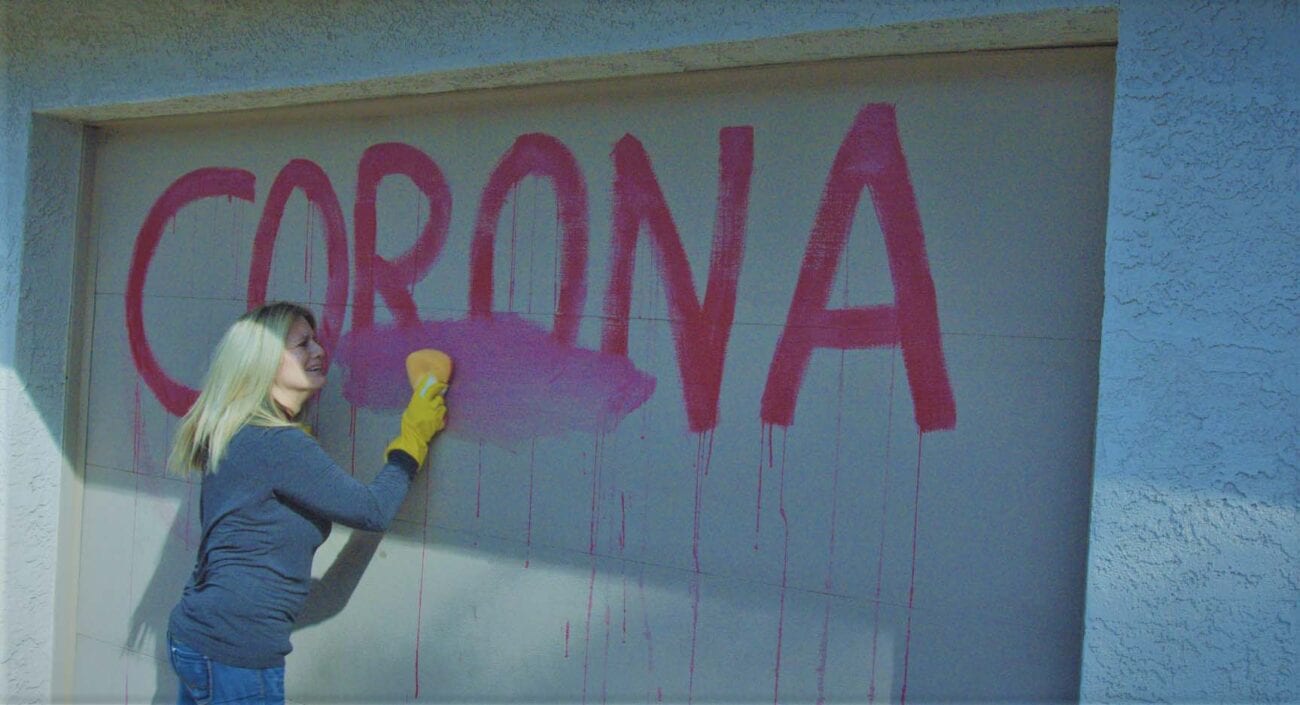 For filmmaker Mitesh Patel, “too soon” is not an issue. Patel’s newest film Anti-Coronavirus tells the dramatic story of a fictional family at the beginning of the COVID-19 pandemic. Bruce and Laura Gunther return from a trip to Italy as the outbreak begins and soon realize that Bruce is sick & spreading the illness.

Patel is the founder and president of Applied Arts Productions, the production company originally started as a business focusing on advertising and design, but later developed into a production, distribution, and visual effects studio. Patel and his company pride themselves on creative solutions and management skills which ensure the success of every project.

We had the chance to ask Mitesh Patel a few questions about his work as a filmmaker. This is what he had to say.

I am an artist from my childhood but never dreamed to make any movie[s]. I studied applied arts at Fine Arts College in India. I moved to Canada in the year 2000 and started working as a graphic designer. I worked as a designer for around 10 years and decided to move forward with something different.

The movies were always entertaining for me and I learned a lot of life lessons from just watching movies. In the year 2008, I decided to make my first feature film and it received good responses and awards. In the year 2012, I moved to LA and started making more movies and taking rights for distributions too. Until now I produced 8 features and directed 6 feature films.

What film inspired you to enter a career in the movies?

I love time travel movies and Back to the Future was my favorite movie, which inspires me to write my first feature film. After I finished writing, I realized that I am the first time writer and it’s hard for the first time for the writer to find the producer so I produce and direct myself. 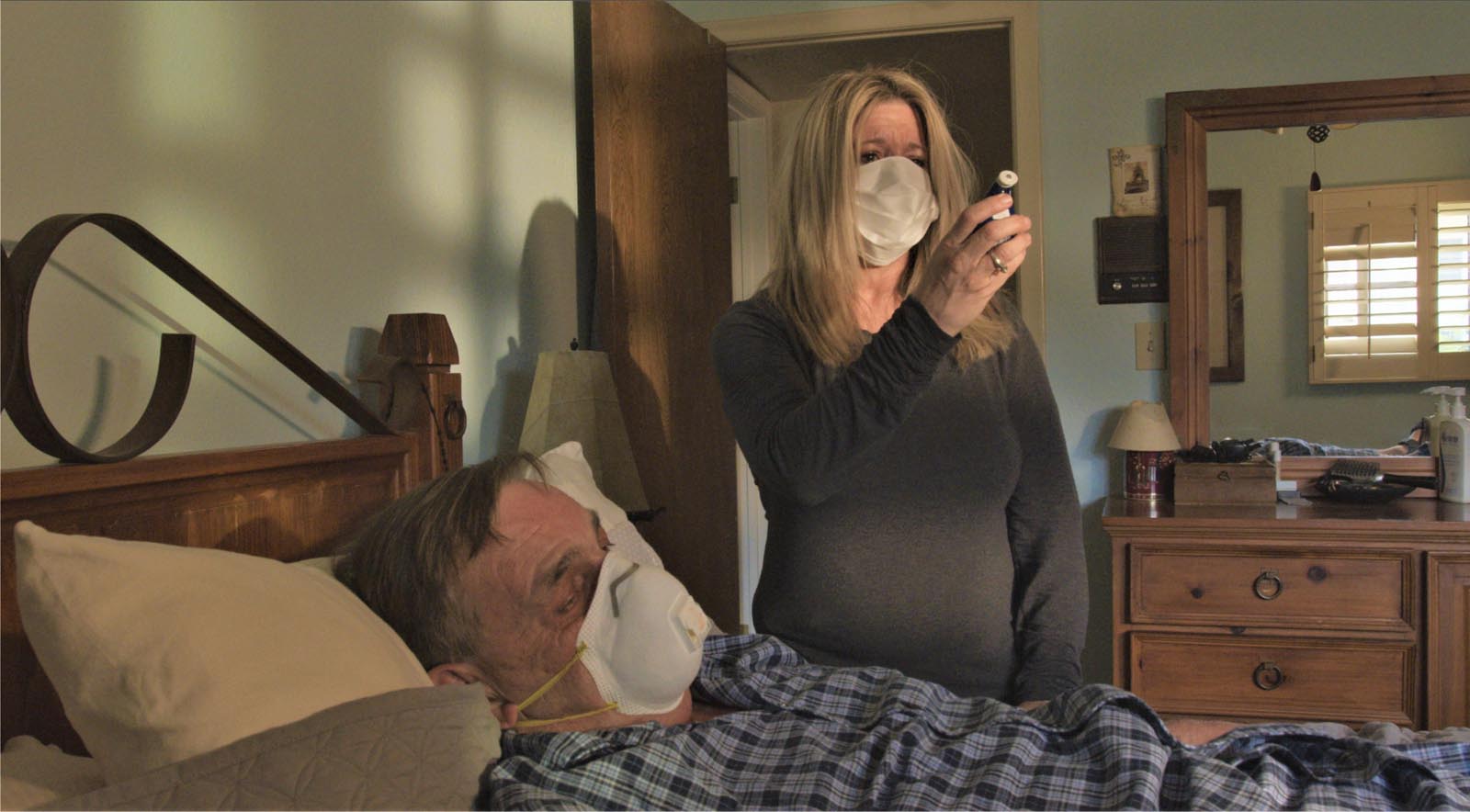 You focused on advertising and design earlier in your career. How does that influence your filmmaking process?

I started my career designing and advertising, but I got a little bored after 10 years of the same work, and decided to move to the next step by making motion pictures. My designing skill helps me to make films by better composition, colors, presentation, creativity, and problem-solving.

I never attended film school, so my process making films may be different or similar to others, but I believe the story is the most important [part] in any movie, so first I work on good concepts and stories. Once the script is done everything else becomes easy.

Mostly I funded my projects or my business partners so funding is easy and once funding is in place, [the] rest move forward quickly. In the creative process, I am very particular about the character look and locations so mostly I spend more time on it. The rest of my crew helps me to identify my requirements and helps to make things happen. 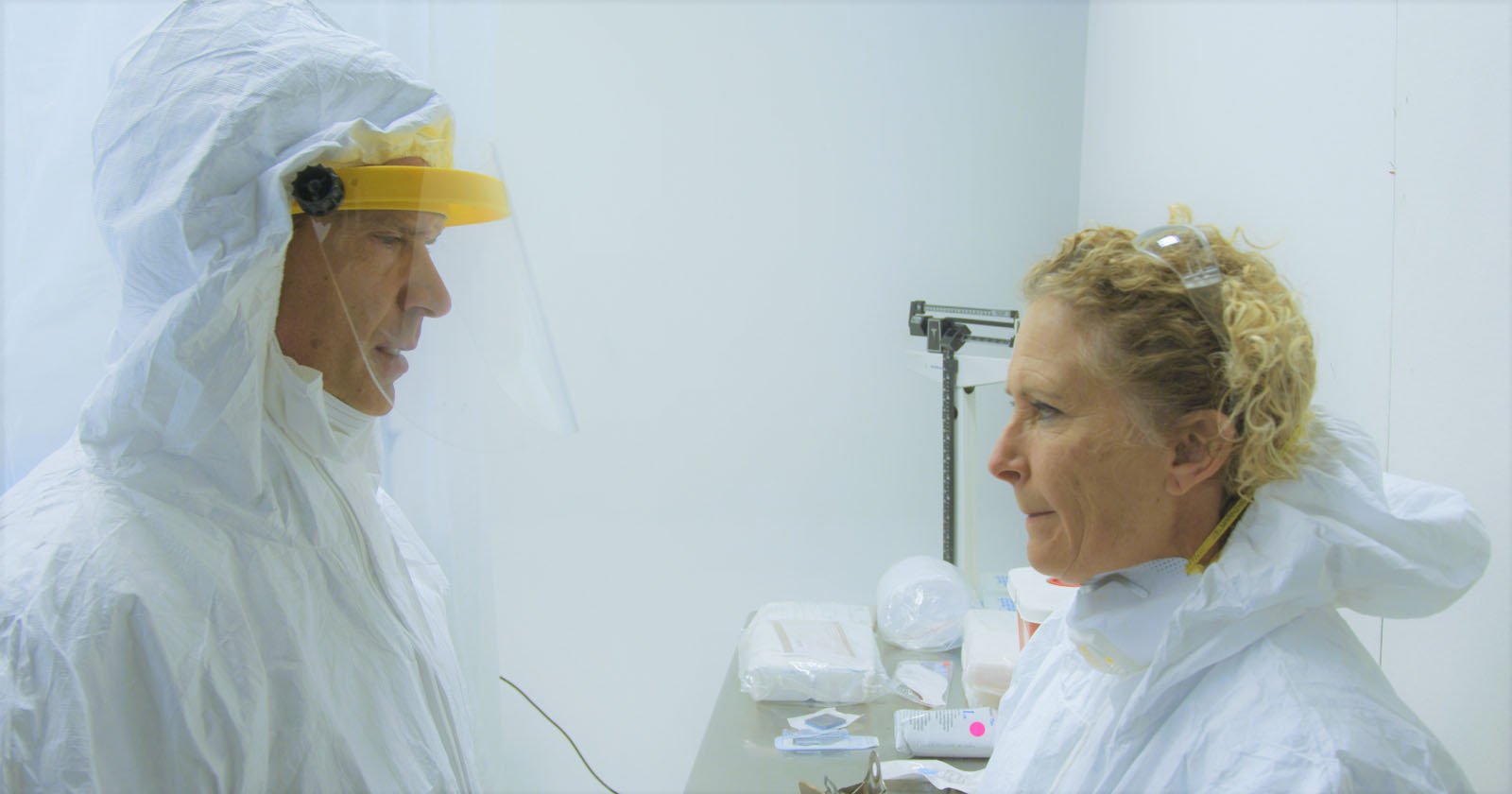 Yes, I do consider myself an indie filmmaker now, but I don’t have any limitation to my work. I can make an ultra low budget movie or big-budget movie as per the script equipment. [sic]

You’re trained in a variety of skills when it comes to filmmaking. What’s it like wearing multiple hats?

I am so passionate about the movie so I don’t think of how many hats I am wearing. What I’m always thinking is how do I get the best quality and storytelling.

What are five TV shows everyone should be watching right now?

That’s a hard question. I don’t watch TV shows, only movies, but my favorite TV shows from the past were Monk and Castle. 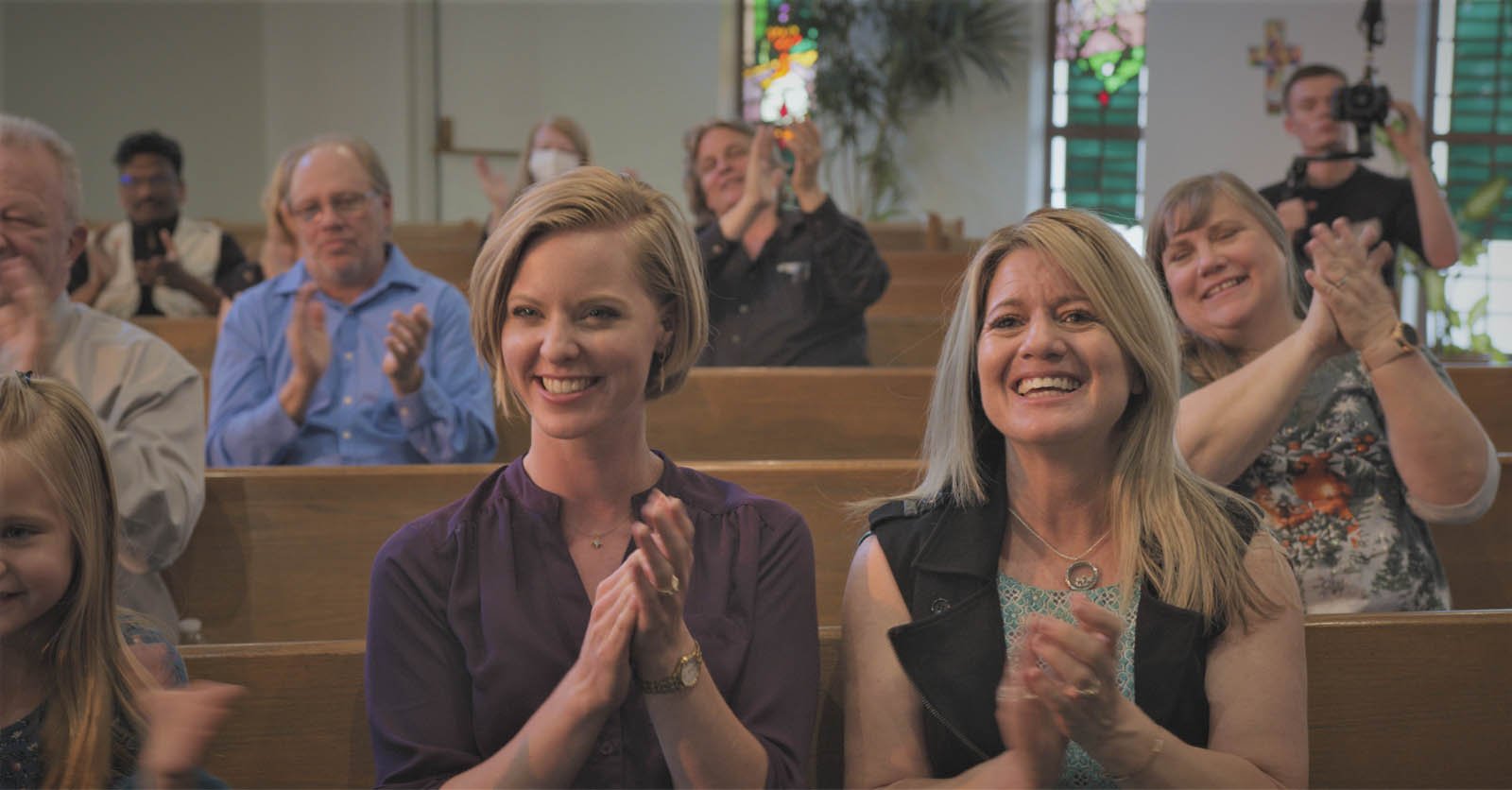 What was your experience with Anti-Coronavirus?

The Anti-Coronavirus movie was the quick idea pop-up in my mind in March 2020 when I saw the world was changing and everyone was afraid of the virus. I want to make something that helps people to bring hope and help them to fight against the current situation.

I knew I [would] have to make something really quick, since the virus was spreading very fast and we were taking a risk too. I found the writer who was fast and ready to take the challenge. He was writing a script every day and we were producing the next day. We finished the production just in 7 and half days and lucky the Arizona governor announced a stay at home order the next day after the production finished.

We had so many challenges from the limited crew, cast, location, and rush to finish the production, but we had the world’s best team so work on this project without any fear and support the film to complete. 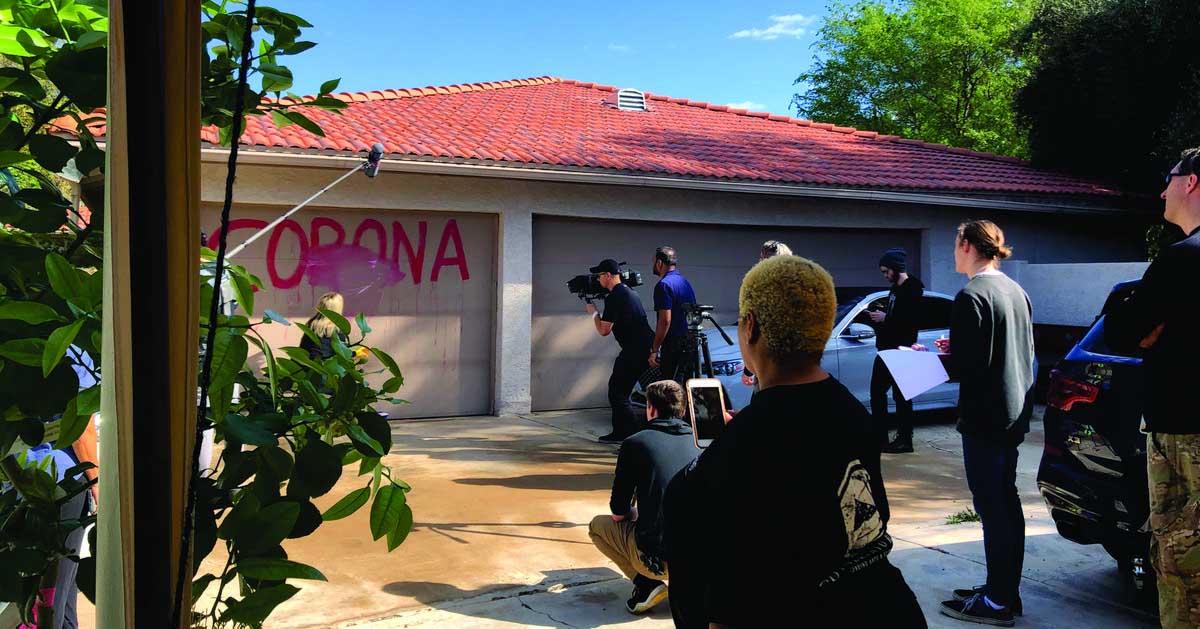 What inspired you to create a movie about the pandemic?

I always like to do something for others, and when I see the virus is spreading fast and people are freaking out. People are buying water bottles, food, and toilet papers like crazy. I thought this is the best time to make something that brings hope and faith in the current pandemic. Safety and precaution are very good but if someone is already infected with the virus then the biggest thing in will power. [sic] It will help them to fight against any situation and that’s what inspired me to make this movie.

What was it like trying to make a movie while in lockdown?

Making a movie in the pandemic was hard. It’s like we have to work three times more than normal film production. We are not just dealing with the creative side, but the biggest challenge was to find the people who were not afraid to be part of the project.

We have seen a lot of last-minute cancellations, hard to find locations, limited cast and crew on set, sanitization of all types of equipment and location, also it was hard to think straight with the mask on. But our passion for making the movie was very strong and we didn’t think anything else other than making a quality film. 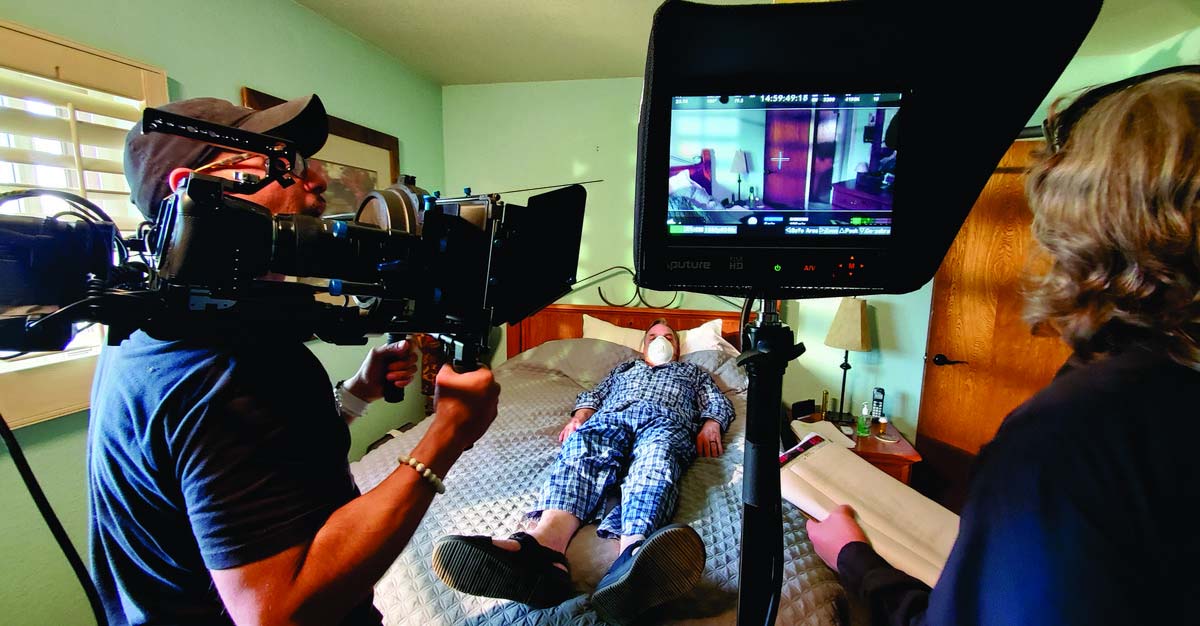 Have you ever worked with mentors before? Would you recommend them for up and coming filmmakers?

As I mentioned before I didn’t study in film school and I don’t have any mentors. I learned most of the stuff on my set from the crew members so I would say my current mentor is my crew and especially film AD (Assistant Director) Rusty Case and cinematographer Bernie Tarin.

Could we expect some episodic TV from you anytime soon?

I don’t have any plans to make [any] soon, but I may make some TV shows in the future.

Well, first of all my life is not interesting and inspiring yet, but if I have to choose someone in the future than it would be Garth David who did an excellent job making Lion (2016).

You’re trained in a variety of areas. Is there any particular part of filmmaking you prefer over the rest?

Yeah, I always like to produce and direct as I have been doing it.

What is up next on the docket for you?

I am planning to make 3 feature films in 2021. First will be a multi-language comedy-drama called Hotel, Motel & Patel. The script is ready and waiting over the pandemic. The second will be fantasy drama which is a branch of the recently completed film Instant Karma. The third film is a superhero fantasy drama called Cosmic-Man. 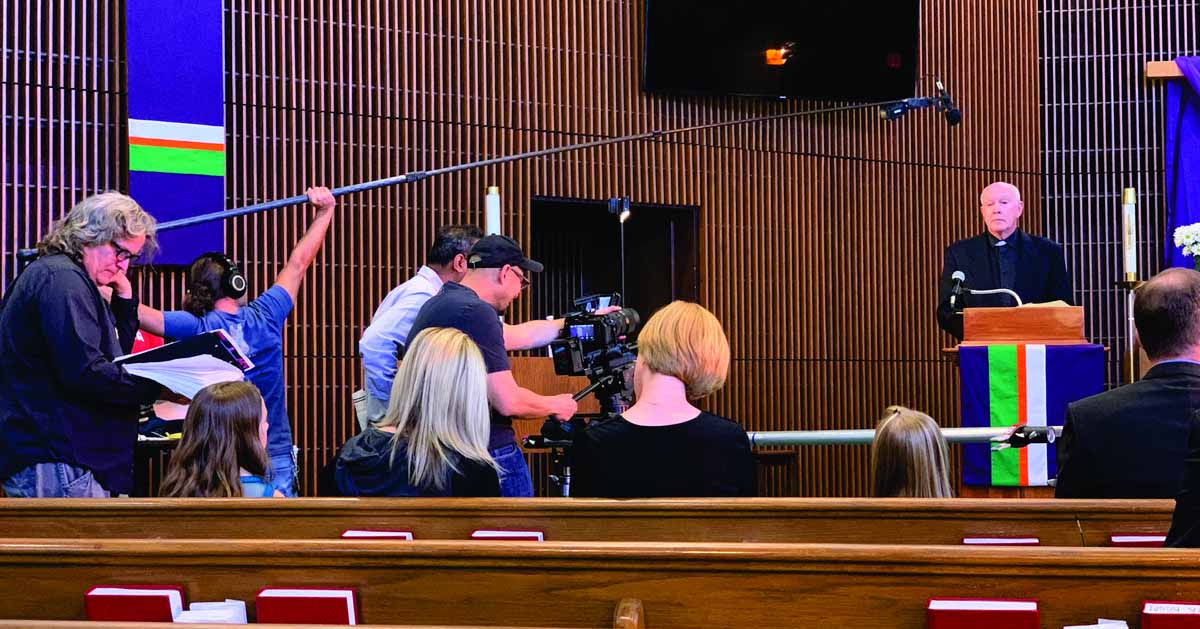 Are there any indie filmmakers we should be keeping on our radar?

I am a founder of the Chandler International Film Festival and I come across so many talented filmmakers every year. There are few talented filmmakers, Brian Sacca from Buffaloed, Van Ditthavong from All Roads to Pearla, and Brandon Eric Kamin from ithe Nomads.

My current influence is producer Ashok Amritraj from Hyde Park Entertainment who produced over 100 films.

I like time travel and sci-fi movies, and I think Back to the Future was the best out of all.