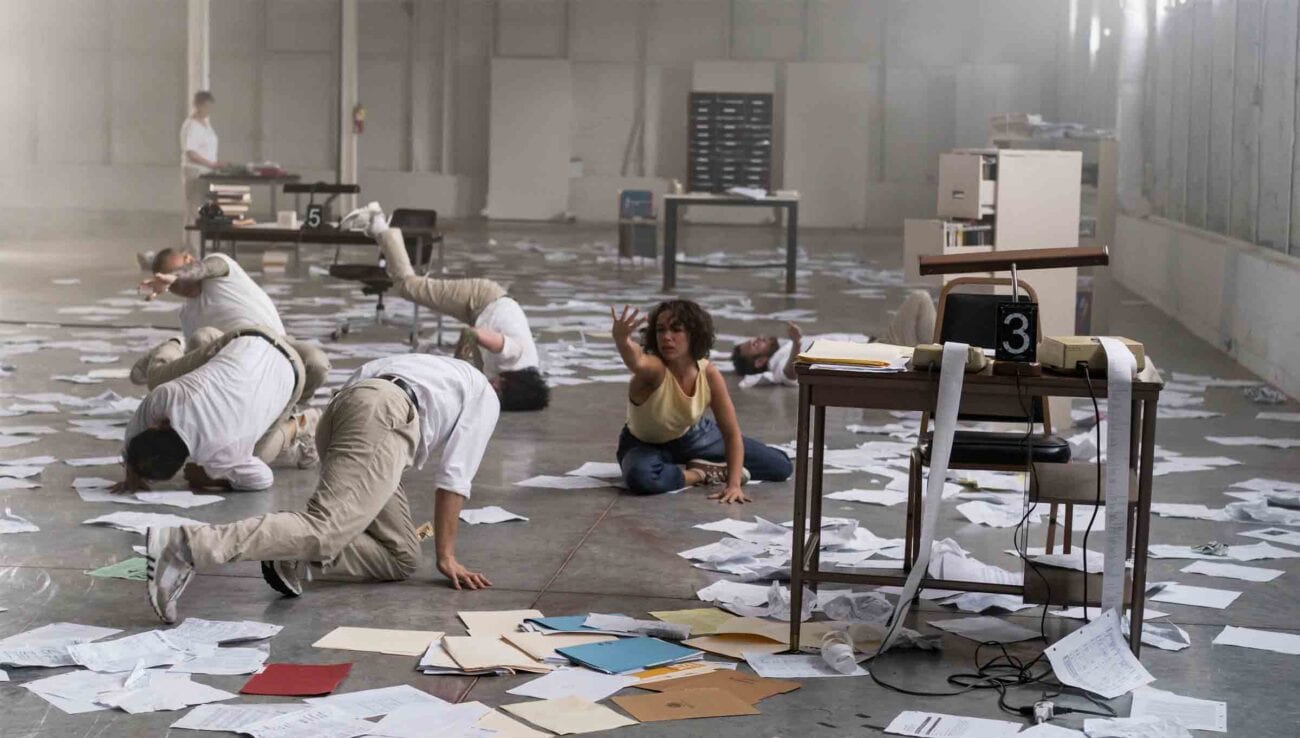 Maria Juranic is a writer, director, and dancer. She creates films and works of art with the goal of exploring themes of belonging, love, and transformation. She immigrated to the U.S. from Yugoslavia and spent her early ears in the Midwest.

Juranic writes and directs short form content from music videos to short films. Her most recent brand spot won a 2019 Golden Telly Award. Her latest short film is called Dreamers and tells the story of a woman trying to process her DACA documents through the use of dance, specifically hip hop.

We caught up with Maria Juranic and asked her questions about the film, her career, and a few other things. You can read her answers below.

Can you tell us a little bit about your short film Dreamers?

Dreamers is a commentary on the struggle DACA recipients face to solidify their right to be in the United States. For most DACA recipients, the U.S. is the only country they know, and to live in bureaucratic limbo is terrifying. This story is told through breakdancing choreography, an artform that is underrepresented in the more formal dance world.

What inspired you to make Dreamers?

I am a first-generation immigrant. I was brought here by my parents when I was 10 years old and I had very little say in it. Being displaced is traumatizing, I can’t imagine living year after year not knowing if you can stay just because you were not born here. The last four years have been an eye opener to how quickly lives can be changed by administration agendas.

I really wanted to talk about this painful process many DACA and other immigrants are going through right now and highlight the stakes. It’s criminal to punish children and young adults who were brought here without a choice.

Your approach to Dreamers includes both storytelling and dance, what was the creative process like?

Lisa Berman, a breakdancer and a choreographer, approached me to do a dance film. We’d collaborated on many projects in the past and decided to apply for grants to make something special. Independently to this, Lisa, and her company, the BRKFST Dance Company, choreographed an amazing dance piece, using a lot of paper, called Paper/Trails. I saw this performance at a theater and realized that using paper was the right way of telling a story about identity.

We came up with a simple structure for what the story should be: a person comes in for help, gets tossed around; and then put back on hold. Then I re-watched pieces of the Paper/Trails choreography and took sections that expressed each part of the journey, placed it together like an animatic, and Lisa and her company tied it all together to make it seamless.

I reached out to Paper Tiger to do an original score and came up with a new sound that had the same tempo. It was definitely a bit backwards, but since we had choreography before the music, it was necessary to do it this way. Cinematographer Brandon Boulay joined the dance rehearsals as we got closer to shooting and we mapped out shots and best angles for the choreography. We had a lot of help from the local community of Minneapolis, giving us free space to shoot and great deals on gear.

How did you decide to include dance in Dreamers & how did you choose breakdancing specifically?

Collaborating with Lisa and the BRKFST Dance Company was always the goal, so it was an easy choice. I myself was a breakdancer many years ago before I turned my attention to being a full-time filmmaker and have a soft spot for it. I was also interested in breakdancing because it’s still considered more like a sport than an art form.

This is evident as breakdancing has earned a seat at the Olympics 2024. Breakdancing has not been shown in films as a serious form of expression, unlike say Jazz Dance or Ballet. Most major blockbuster films still show breakdancing as “in your face” battle for territory sport so I wanted to ground it back into art and use it to explore emotion and ideas as opposed to showcase it for its power moves. 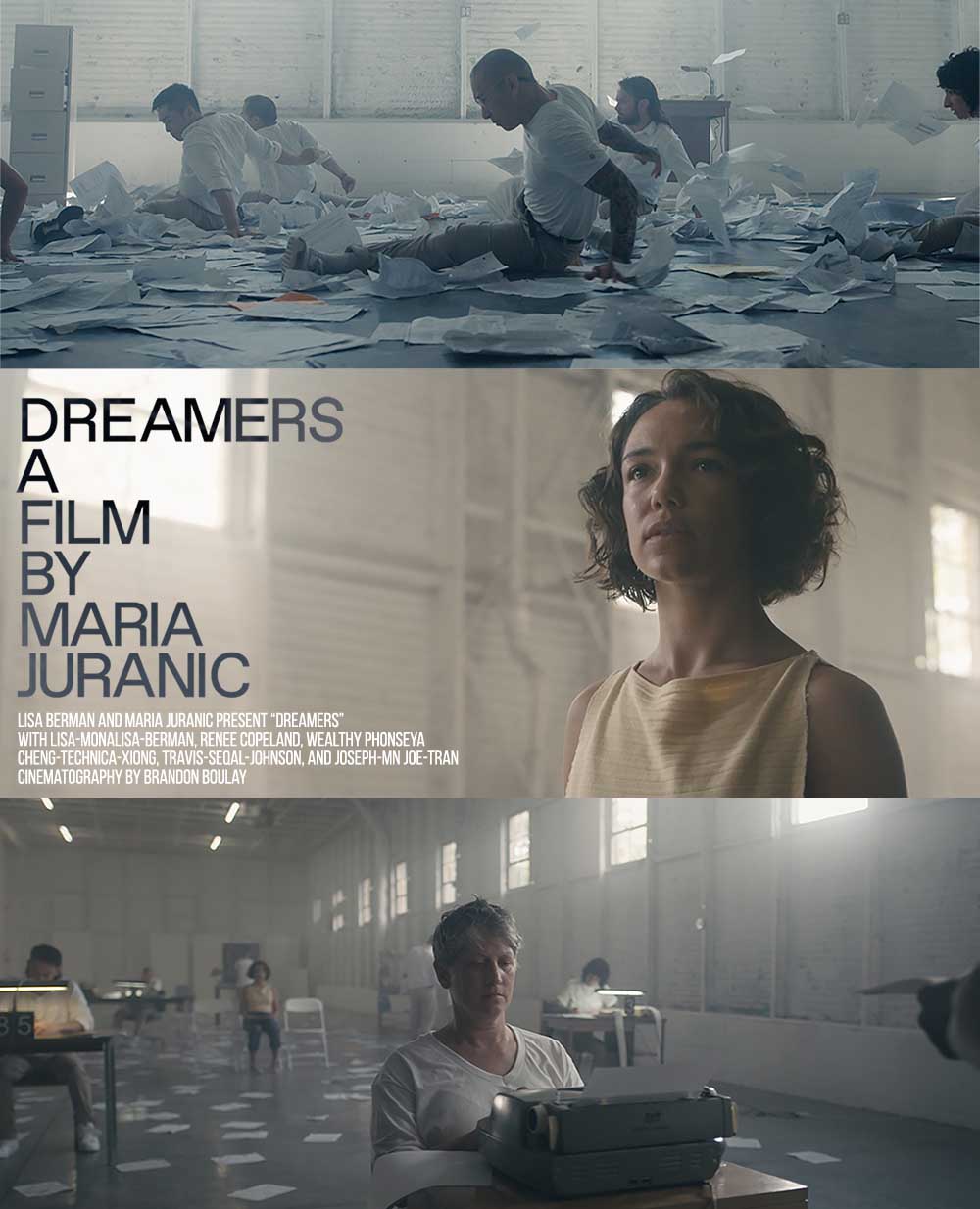 Is there anything you’d like viewers to know before watching Dreamers, or to think about while watching?

I hope the viewer is engaged by the story and the struggle. That it leaves them wanting to learn and do more about the issues of immigration in this country.

Can you explain why this short film is important?

It places breakdancing in a different light – and it is a great conversation starter about our immigration policy.

Aside from filmmaking you’re also an artist, where do you often find yourself looking for inspiration?

I find inspiration from many places; in this case it was from a stage show. I also like piecing my own story from a single image like a photograph. I love surrealism and am often inspired by surreal illustrations as well. My mind feels free when I see reality changed and altered. Besides that, I spend a lot of time on Vimeo and various other sites watching and studying films.

Can you tell us how you got into filmmaking?

I went to an art college wanting to make films, but as soon as I graduated, I realized I had no real skills to be hired so I quickly plugged myself into the local film & TV scene in Minneapolis and started working as a camera assistant. I think I was intimidated by the camera and I didn’t like that feeling.

I kept at it and started making money as an AC on commercials and features. I met some amazing people and learned a lot. While doing this I made music videos on the side and got a rep, which slowly helped me do more short form content over time and I built up my portfolio. 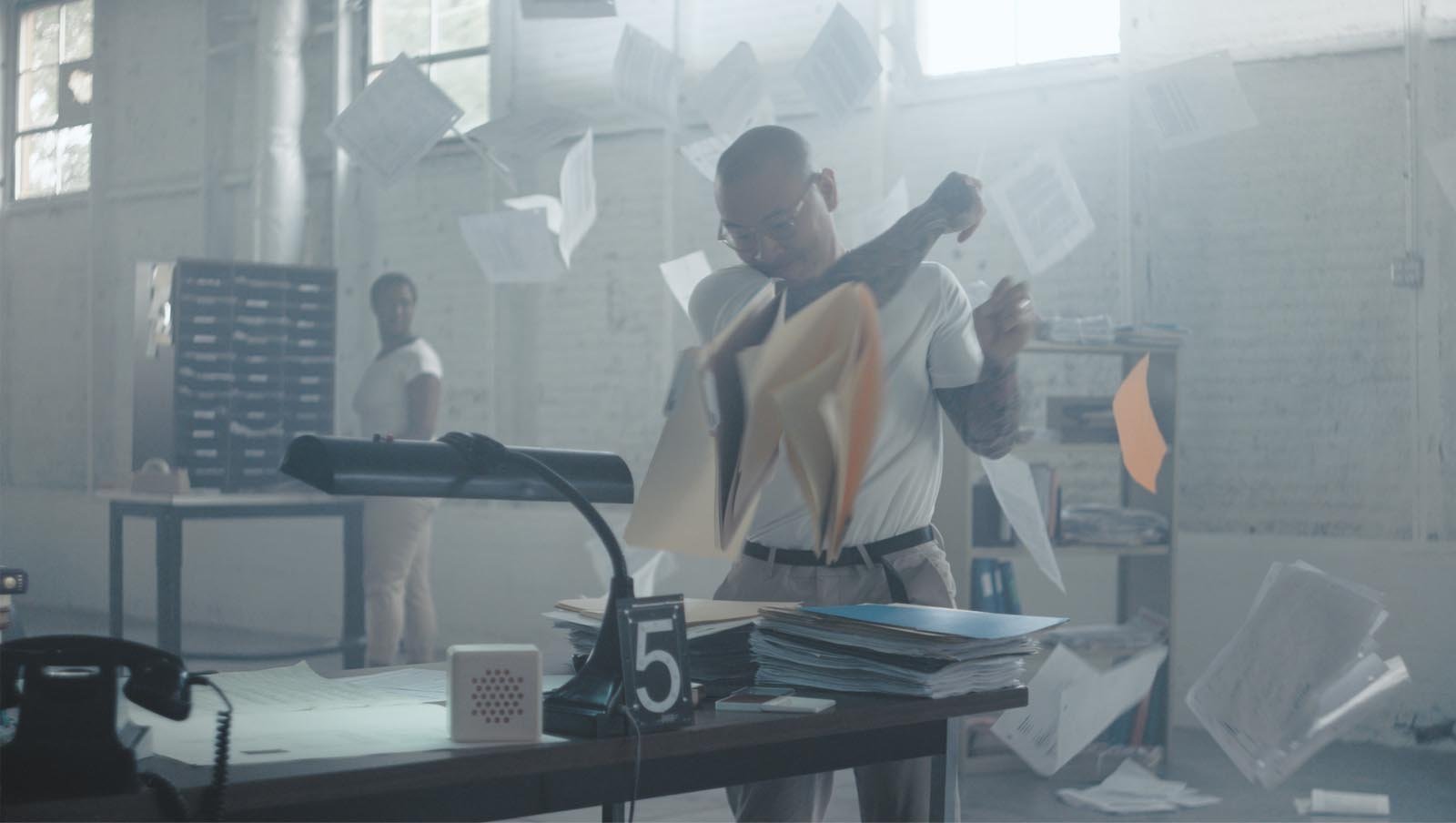 What are some of the major differences in creating a short film versus a music video?

The biggest difference obviously is that the music videos are driven by the music first. The music is what sets the tone of the video, then the visuals come into place. Nowadays, this can be anything. Short films are ideas that you have to put into a structure first, create a rhythm, and add music last.

Who or what are your current influences in filmmaking?

I have so many. I’ve been watching many over the years and am always inspired. Here’s a few: Saam Farahmand, Ace Norton, Hiro Murai, Lynne Ramsey.

What’s your mission as a creator? Name the most important thing you want people to experience when viewing your projects.

I would hope that it makes the audience think or feel something. I make sure I know what each piece is about, even if it’s a surreal music video. There needs to be a structure in everything. And I think the initial intention of what I was going for does survive through if I work hard on it.

What stage of filming do you geek out about the most?

I love all of it but being on set is unbeatable. The energy you feel when collaborating and reacting in the moment after weeks of prep is an adrenaline rush. I am definitely an adrenaline junky. I recently started teaching film classes and I really love talking about applied theory and how to read scripts.

Do you have any tips for people who want to go into creative careers like art & filmmaking?

I think the most important thing is to be hungry. If you are eager to learn, it will come your way. The doors will open, and you will attract people who are there to help, you just have to start boldly from somewhere. I would encourage them to ask questions about everything. 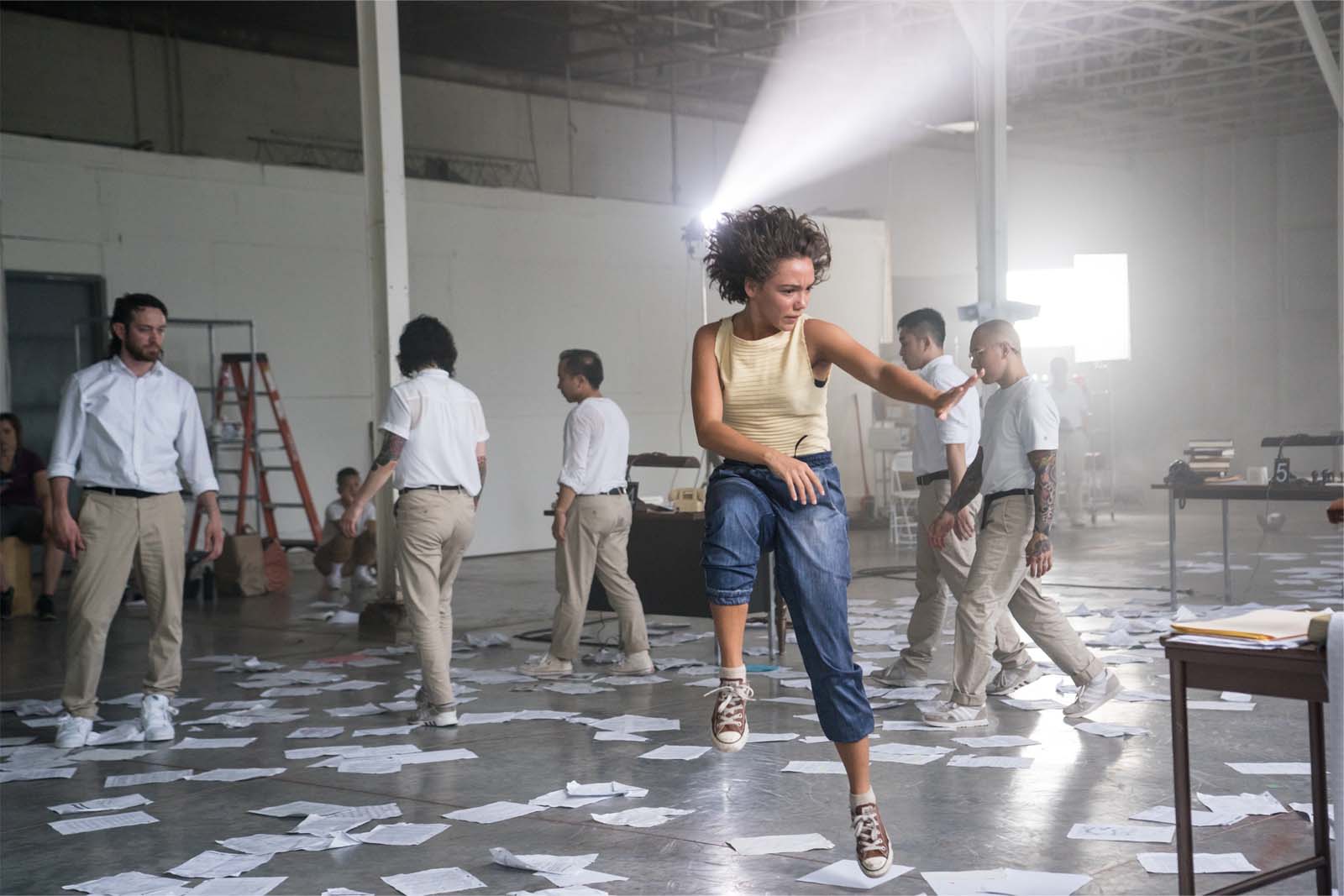 Are you able to tell us what your next project(s) are? What are they?

I have a few short pieces I am finishing; one is a narrative story of a girls first day in America and another is a short documentary about a burlesque queer performer, Redbone. I have a fun upcoming project, a 10-minute episode series that I am co-directing in early 2021 and I am looking forward to that adventure.

Music is clearly important to you & your works, in your opinion, what makes it such a good artistic medium?

I am a dancer, so to me music is life. I get inspired by rhythm more than the music or the lyrics, it sets a tone for some feeling or idea that I may have. Music is a good blueprint. There is a story in the music even if there are no words, you just have to listen and internalize. I grew up listening to classical music and imagined stories to go with their narrative.

If someone were to create a soundtrack for your life, who would you choose to compose it?

I think being DYI makes you learn a lot and it’s the way I know how to do things. I like wearing a lot of hats, but I am also learning to ask for help these days. Filmmaking is a very collaborative effort, and it’s sometimes easy to forget that when you are solving problems and creating ideas. It also ultimately diminishes you from doing ONE job really well. 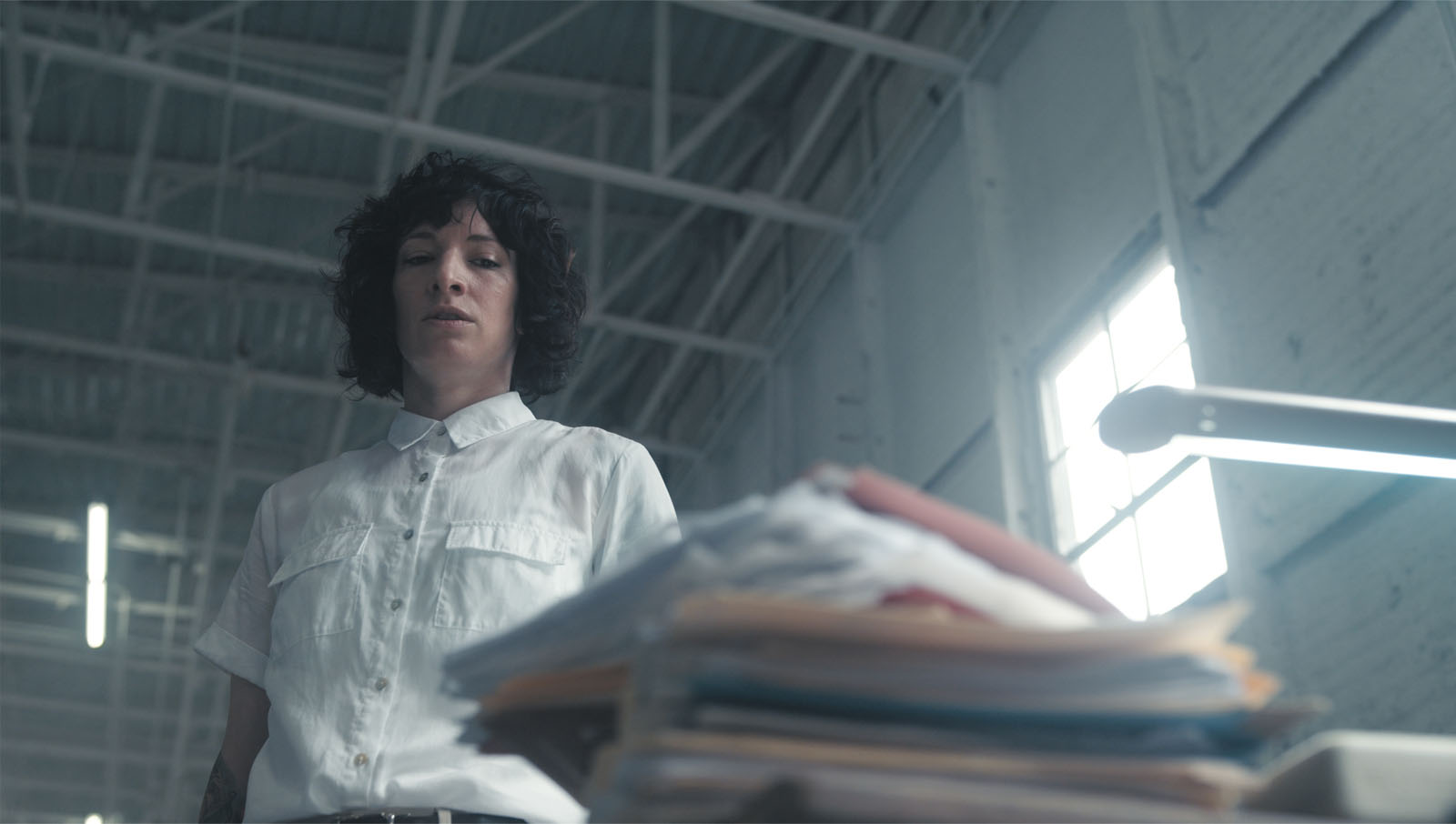 Get funding for a feature, live in Europe for a while.

I did work with mentors when I first started, I gravitated towards people who knew a lot in something I was interested in and I asked a lot of questions. I was so eager to learn everything there was about filmmaking I just kept bugging people to bring me along on projects and show me things. As soon as I did this, the few people who gave me chances to be a PA, Camera Assistant or a Junior Editor eventually became my friends and mentors and took me under their wings.

I would recommend anyone looking for a mentor to reach out to someone they look up to or are interested in their job. Starting out is hard, so even having an internship is helpful until you learn the ropes.

Both! I recently understood dogs and now I am in love with both. 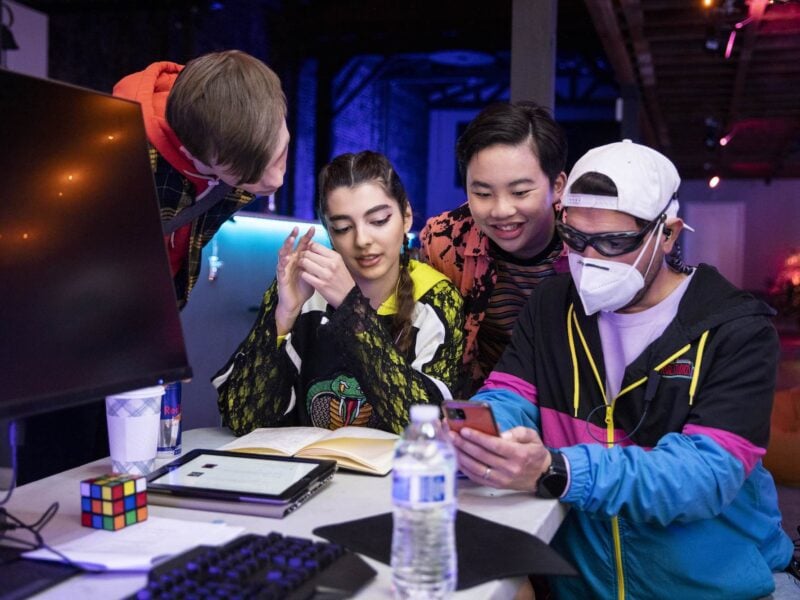 Igor Martinovic and Maria Juranic open up about ‘Action Royale’