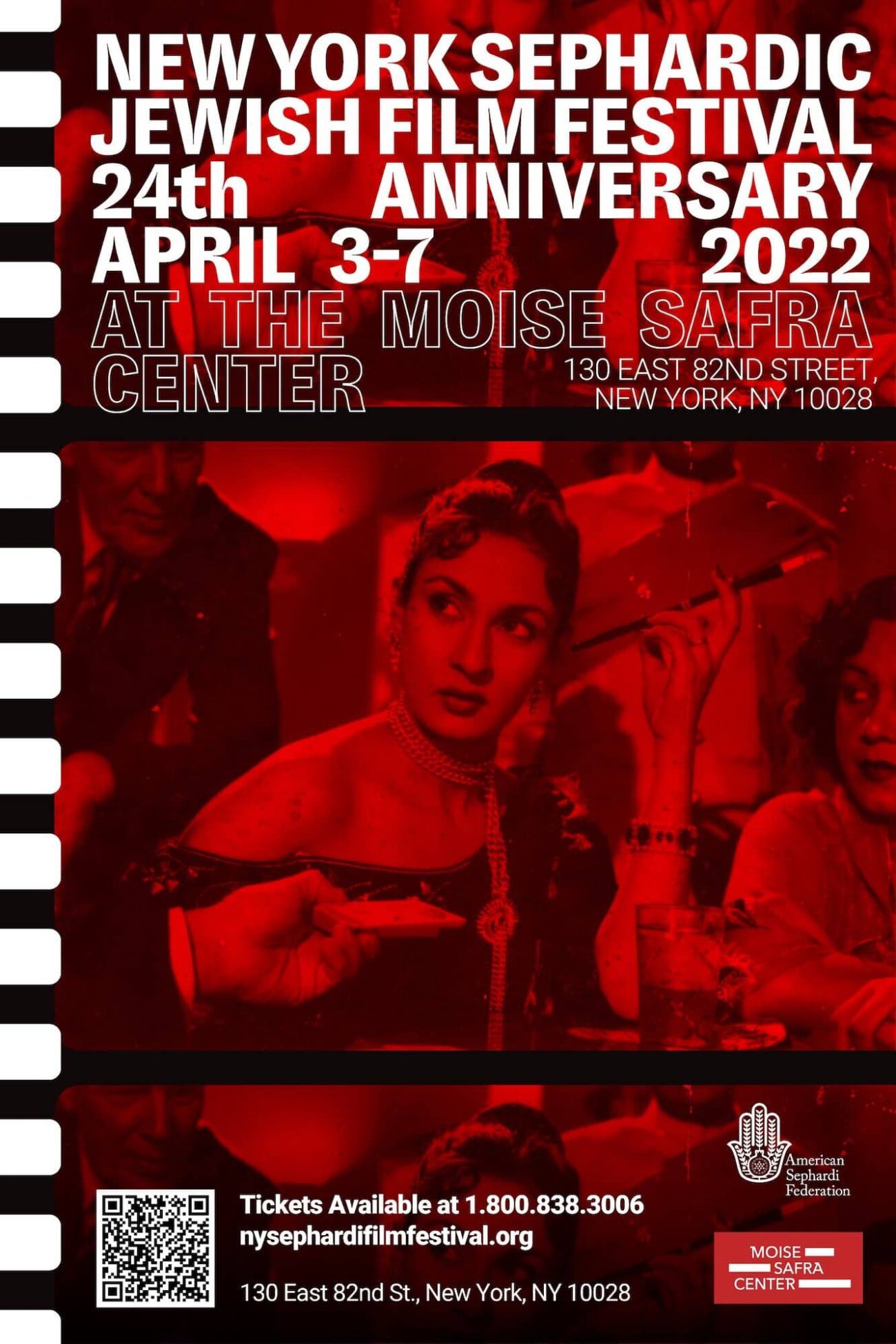 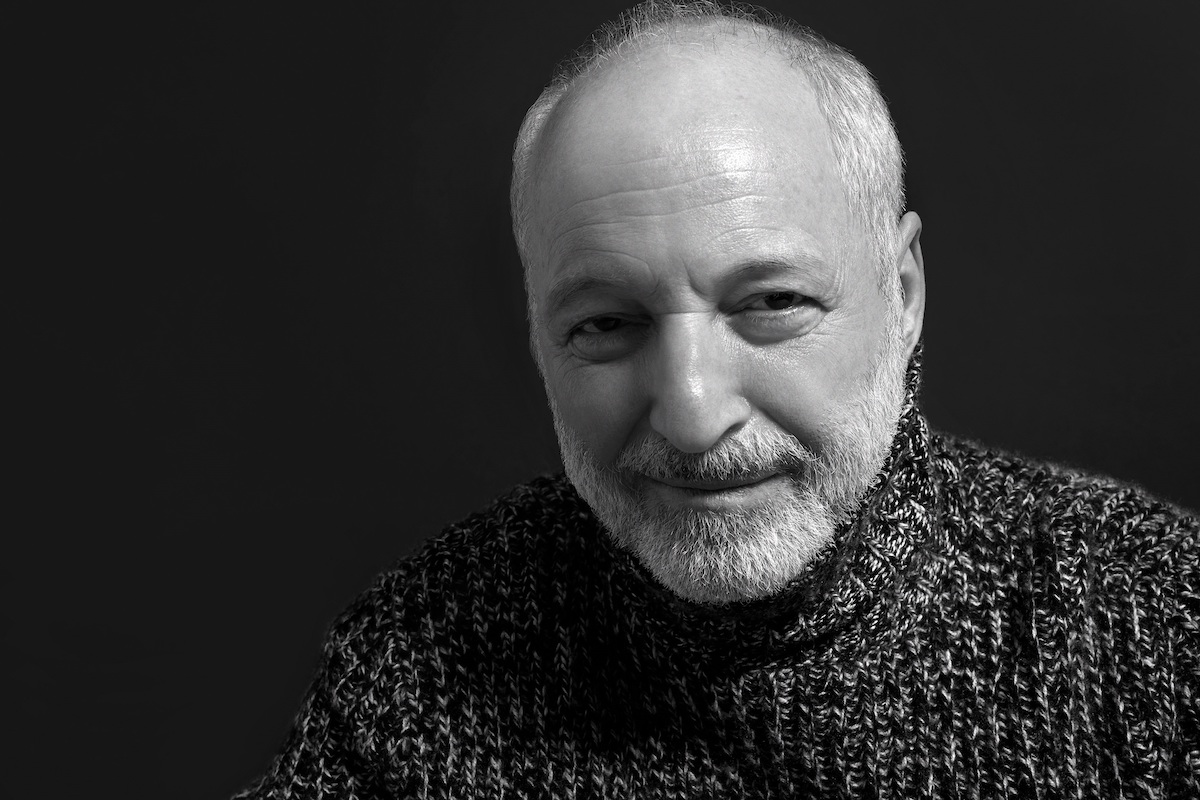 “The Moise Safra Center is thrilled to be co-hosting the New York Sephardic Jewish Film Festival with the ASF this year. We are opening our doors for everyone to come and enjoy a week of curated movie selections to learn about Sephardic culture through film. Hope to see you here!” – David Miller, Executive Director

“We are delighted and proud to be partnering with the American Sephardi Federation for the 24th New York Sephardic Jewish Film Festival. It is an exciting opportunity for us all!” – Karen Razak, Director of Engagement.

Here is a glimpse of the NY Sephardic Jewish Film Festival:

Opening Night / From Baghdad to Bollywood

A celebration of the all-singing, all-dancing history of the world’s largest film industry, Shalom Bollywood reveals the unlikely story of the Baghdadi and Bene Manashe Jews, especially Jewish women, who became stars and movie moguls in the 1920s, 30s, and 40s.

In Spanish & Chelja with English subtitles

Elie Tahari is the definition of courage, determination, and…chutzpah! After fleeing Iran, his parents moved to Israel where he lived in a refugee camp before moving to New York without speaking a word of English. This long-awaited documentary has been screened at film festivals across the globe garnering multiple awards. 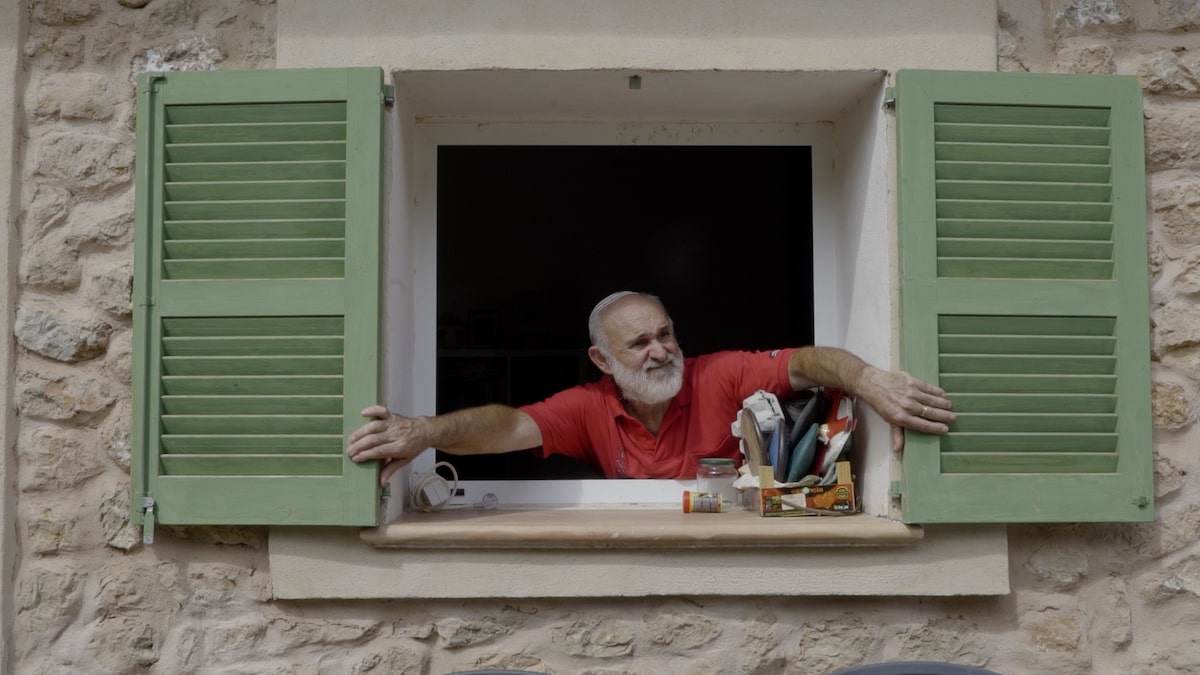 Xueta Island explores the fascinating legacy of the Xuetas: a unique group of families on the Balearic island of Majorca who is believed to be descendants of the island’s Inquisition-era Jewish population. A riveting quest to unearth and document Majorca’s rich and tragic Jewish history and an inspirational glimpse into attempts to revive Jewish life on the island.

A narrative based on the provocative true story of Aryeh Sharuz Shalicar, who was born in Germany to Persian Jewish parents stranded after the 1979’s Revolution, joined an Islamist gang, and later rose to the rank of Major and ran the IDF’s European Desk. Wet Dogs explores rising antisemitism and raises questions of cultural diversity, religious identity, and how they intersect with friendship, especially during the phase of rawness and exploration that are one’s teenage years.

Followed by a panel discussion

From Egypt to Israel

In Hebrew & Arabic with English subtitles

Nominated for nine Israeli Academy Awards, Three Mothers is the multigenerational saga of beautiful triplets: Flora, Yasmin, and Rose Hakim was born in 1942 in Alexandria, Egypt. Director Dina Zvi-Riklis’ (Ma’abarot, 2020 NYSJFF) tale follows the family to Israel and, over the course of 60 years, reveals the Hakim sisters coming to terms with long-buried secrets and passions.

A Tango dancer and a Rabbi develop a plan to enter a dance competition without sacrificing his orthodox beliefs. Family, tolerance, and community are tested one dazzling dance step at a time. Filmed on location in Crown Heights, New York City, with a star-studded cast.

In partnership with ASF Young Professionals.

Post-Screening Q&A with the whole cast. 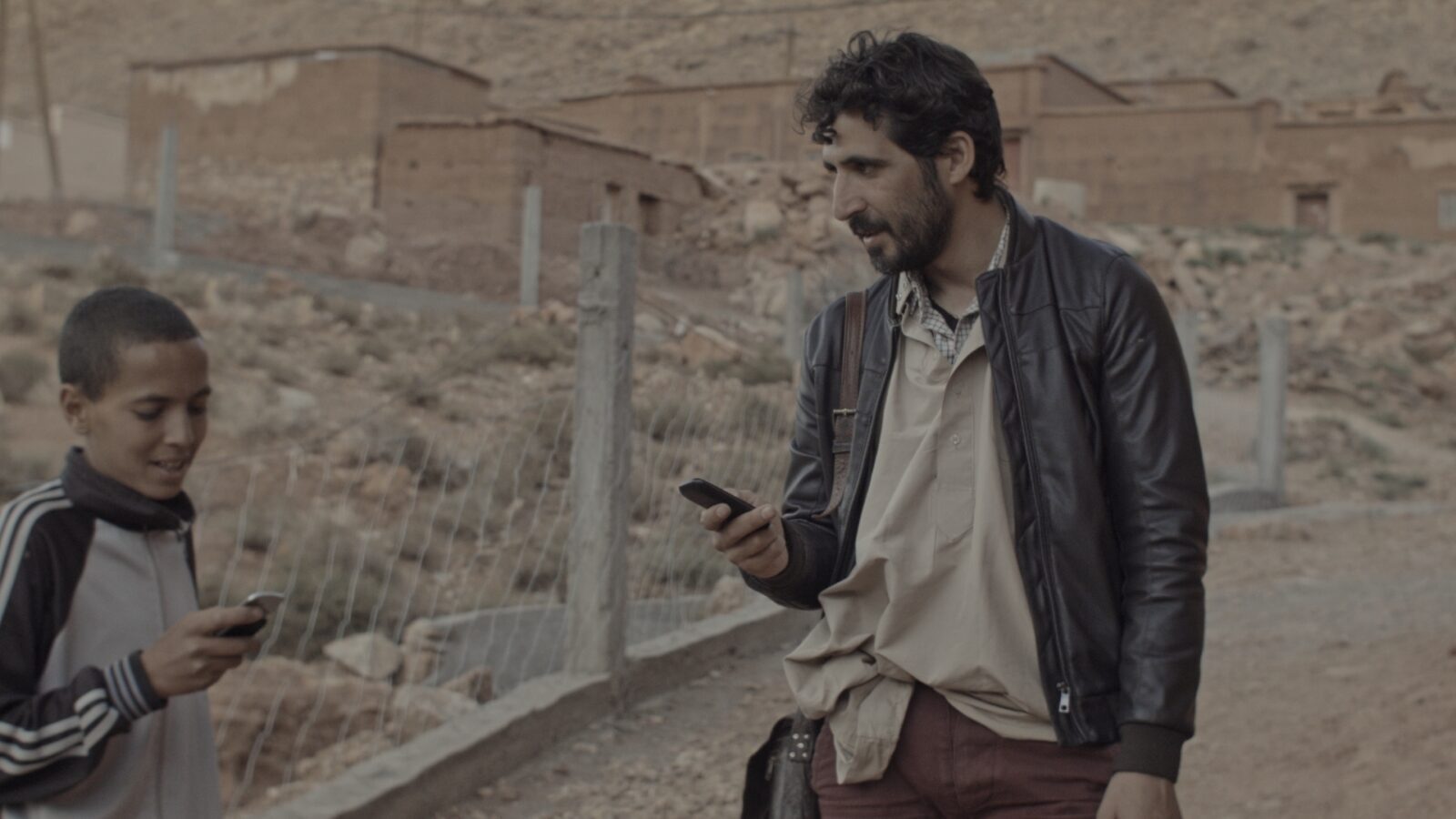 3pm: IN SEARCH OF LADINO

In Hebrew & Ladino with English Subtitles

This unique cinematic film about language, memory, and identity follows Ladino speakers—their culture, their memories, and their hopes for the future of their mother tongue. In Search of Ladino is one of the first films to show Ladino-speaking Holocaust survivors in Israel and to document their testimonies and songs.

7pm: IN YOUR EYES, I SEE MY COUNTRY

In Arabic & Hebrew with English subtitles

Neta Elkayam and Amit Haï Cohen live in Jerusalem, creating music that revisits their common Jewish-Moroccan heritage. In Your Eyes, I See My Country follows them as they journey for the first time to Morocco. In life, as on stage, they grapple with this dual identity and attempt to heal the wounds of exile carried by their parents. This intimate and musically rich documentary by NYSFF Rising Star Pomegranate Award Recipient, Kamal Hachkar (2015), aspires to build bridges between cultures.

Tickets and info are available on nysephardifilmfestival.org or 1.800.838.3006

About THE AMERICAN SEPHARDI FEDERATION:

The American Sephardi Federation (ASF), an integral partner of and housed in the world’s foremost Center for Jewish History, documents, preserves, and perpetuates the history, traditions, and rich mosaic culture of Greater Sephardic communities as an essential part of the Jewish experience. ASF creates high-profile events (NY Sephardic Jewish Film Festival) and exhibitions, produces widely-read online (Sephardi World Weekly,Sephardi Ideas Monthly,Letter from the Land of Israel) and print (The Sephardi Report) publications, supports research, scholarship (Broome & Allen Fellows), the ASF Institute of Jewish Experience, the National Sephardic Library & Archives, the Sephardi House Fellowship on campus, as well as represents the Sephardic Voice in diplomatic and Jewish communal affairs as a member of the Conference of Presidents of Major American Jewish Organizations and World Jewish Congress.

About THE MOISE SAFRA CENTER:

At the Moise Safra Center, community means past, present, and future. Tradition and culture. Belonging and giving. We are a safe, welcoming, and nurturing haven housed in a state-of-the-art facility on Manhattan’s Upper East Side. Being Jewish is at the core of the Center and is not simply an identity into which we are born; it is a proud heritage to cherish. We foster Jewish values and promote an unremitting love of Israel. We grow together as we celebrate family milestones, attend programs and lectures,  gather for Sephardic prayer services and Torah classes in our Ohel Moshe Synagogue, participate in sports and fitness activities, and volunteer for those less fortunate. It is through all these pathways that the Moise Safra Center has fast become so many peoples’ homes away from home and a community unmatched in New York City. moisesafracenter.org