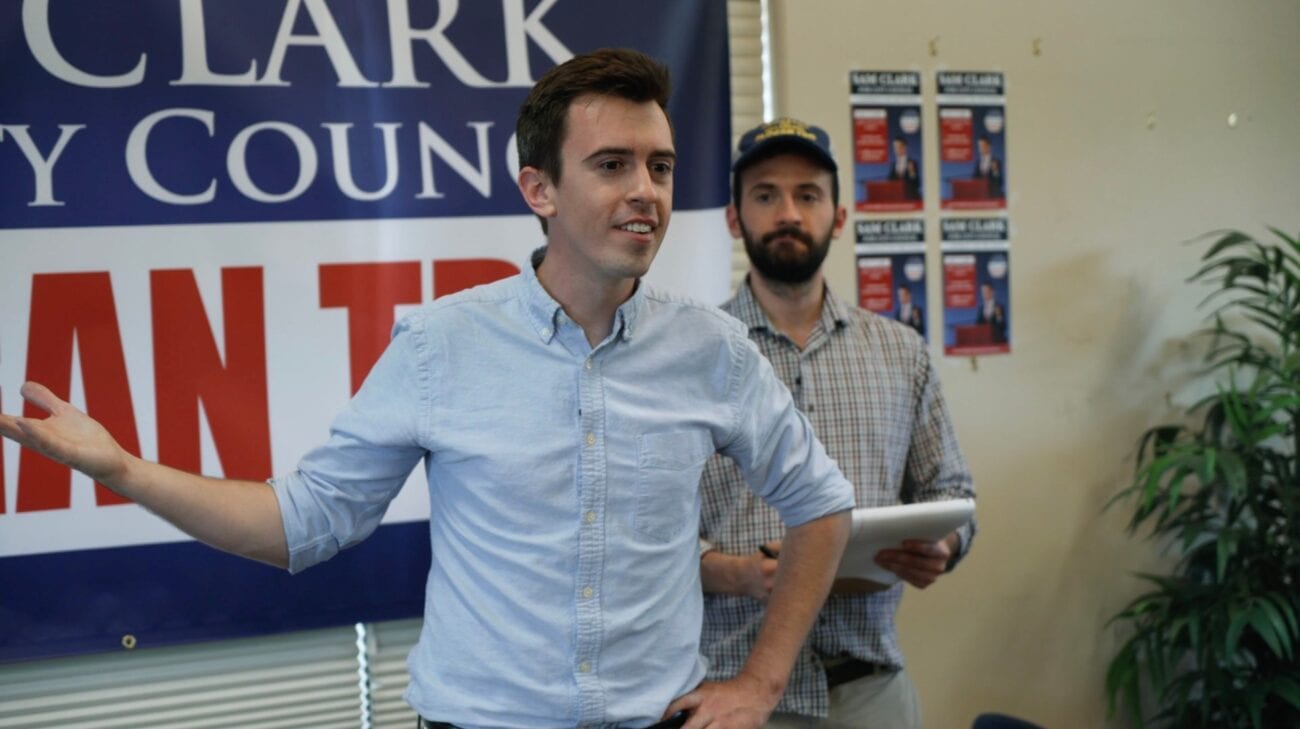 Politics is a more divisive topic than ever. It has sparked so many disagreements and arguments in the past few years alone that whatever nuance it previously had seems to be permanently wiped. Well, almost. Filmmaker Sam Clark has managed to poke fun at the lunacy of modern politics with his new satire Fairview.

Fairview stars Clark as a character named, well, Sam Clark. The fictional Clark is running for City Council in the purple district of Fairview, Colorado, and rather than take a concrete stance on the issues, he decides to adopt a fresh campaign strategy. He will present no new ideas of his own, and will instead present the words and quotes of everyday Fairview residents. 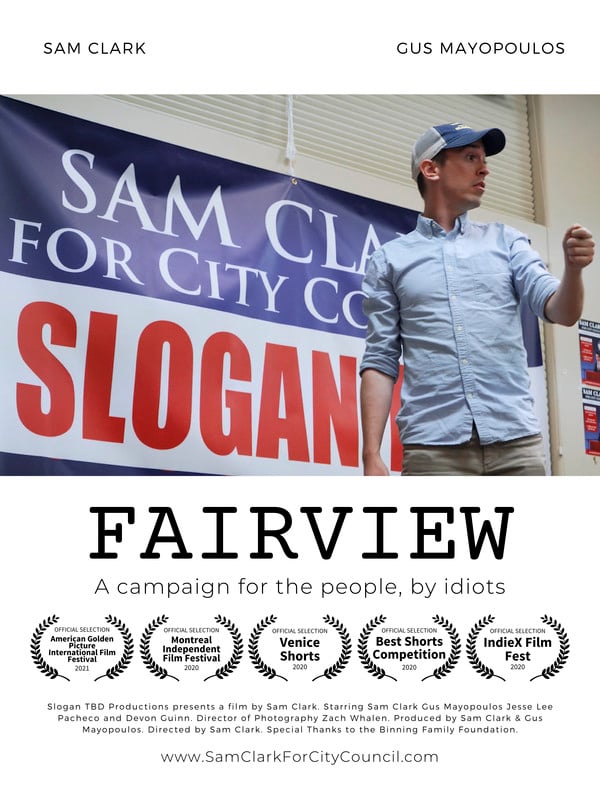 Clark’s endgame is to find the perfect slogan to appeal to both the democrats and the republicans, thus highlighting the way that simple presentation can unify (and often) trick average voters. The film has its fair share of laughs, but it’s also presenting valid critiques of the way real-life politicians campaign and often hang their hats on bland sloganeering.

The idea for Fairview came from an experience Clark had while in college. He decided to run for President of Harvard’s Student Council as a joke, and he based his campaign on talking about toilet paper thickness in the dorm rooms and the best kind of soup to serve in the dining hall. Clark managed to win with this preposterous strategy, and he promptly resigned. 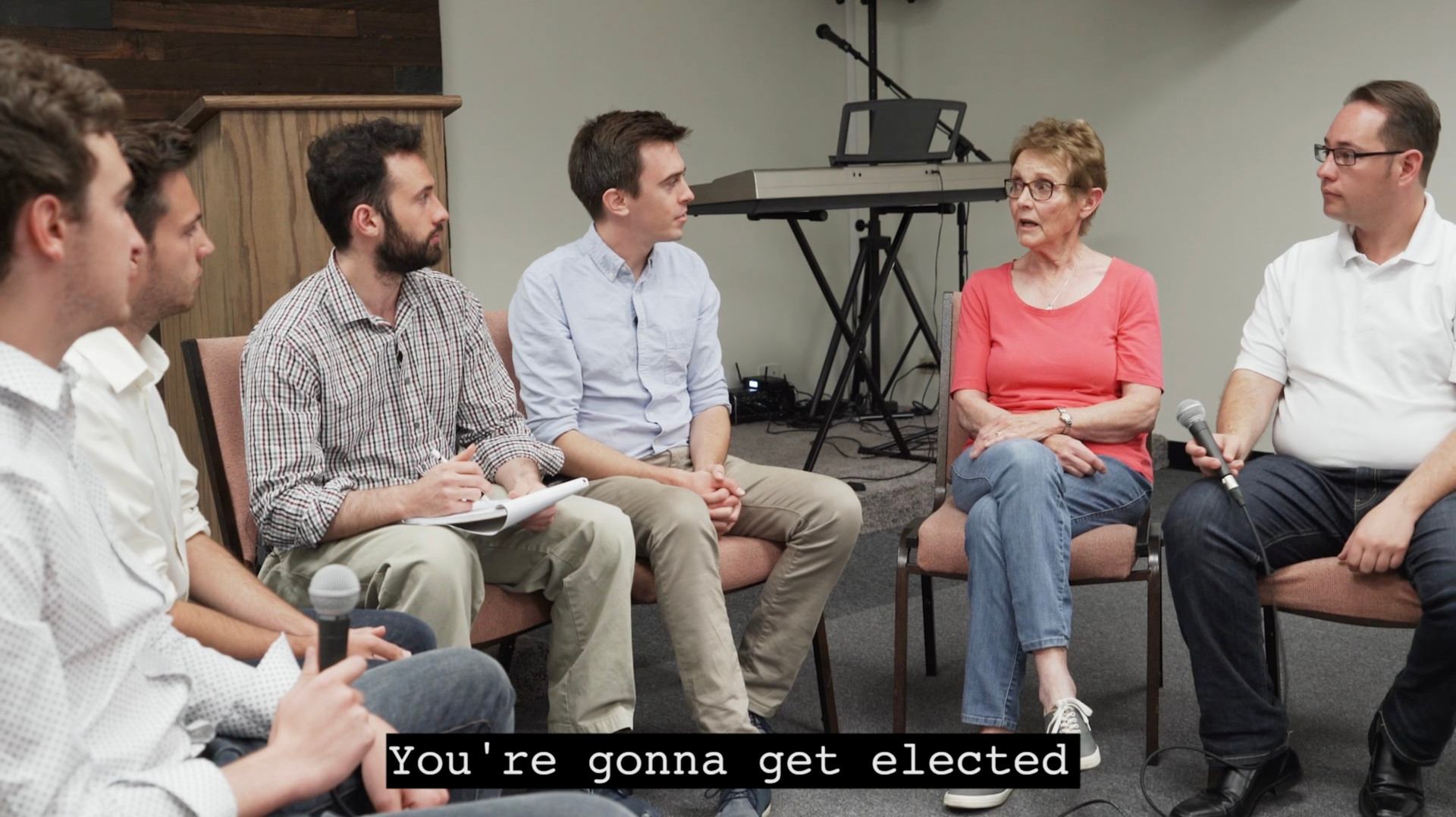 The filmmaker & comedian said he considers legitimate politics to be as ridiculous as his Student Council campaign. “Somehow, national American politics have become stupider than my student council campaign in every year since”, he stated. “I directed this film to capture some of the idiocy of political campaigns in the best way I knew how”.

The thing that makes Fairview such a compelling watch, beyond the clever satire, is the fact that Sam Clark and his film crew engaged real voters throughout the film. They used real focus groups and knocked on the doors of registered American voters to get a grasp on what kind of pandering slogans would connect best. These scenes make the film not only funny, but eerily relevant. 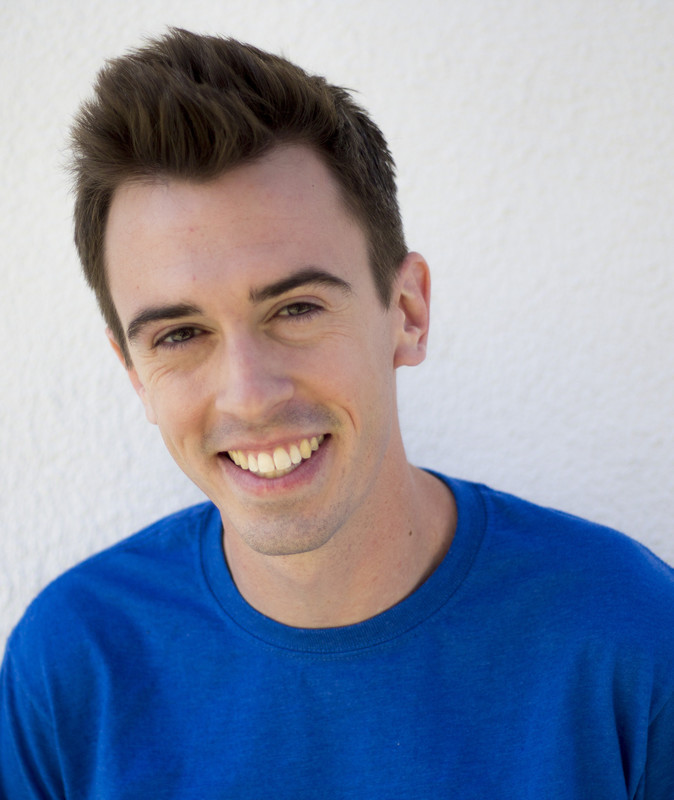 That said, there’s more to Fairview than simple mockery. Clark explained that the point of the film is to gage whether his fictional counterpart can grow a backbone and decide to take a stance behind something he actually believes in. He likened the film to the hit series VEEP and the mockumentary series Nathan for You, in terms of the tone and the overall sentiment of its creators.

Sam Clark is no stranger to making people laugh. He released a comedy special called Laugh After Dark on Amazon Prime in 2018, and he wrote for the Netflix reality series Magic for Humans. He’s been featured in Laugh Factory’s Fresh Faces, the Cleveland Comedy Festival, and the San Francisco Comedy Competition among countless others. He’s also written and directed viral videos that have garnered over 25 million views on YouTube.

In addition to Fairview, Clark recently sold an original show to SyFy’s animated block TZGZ, and raised over $130,000 for the NAACP Legal Defense & Educational Fund and Feeding America through Zoom and Twitch comedy shows he hosted during the COVID quarantine.