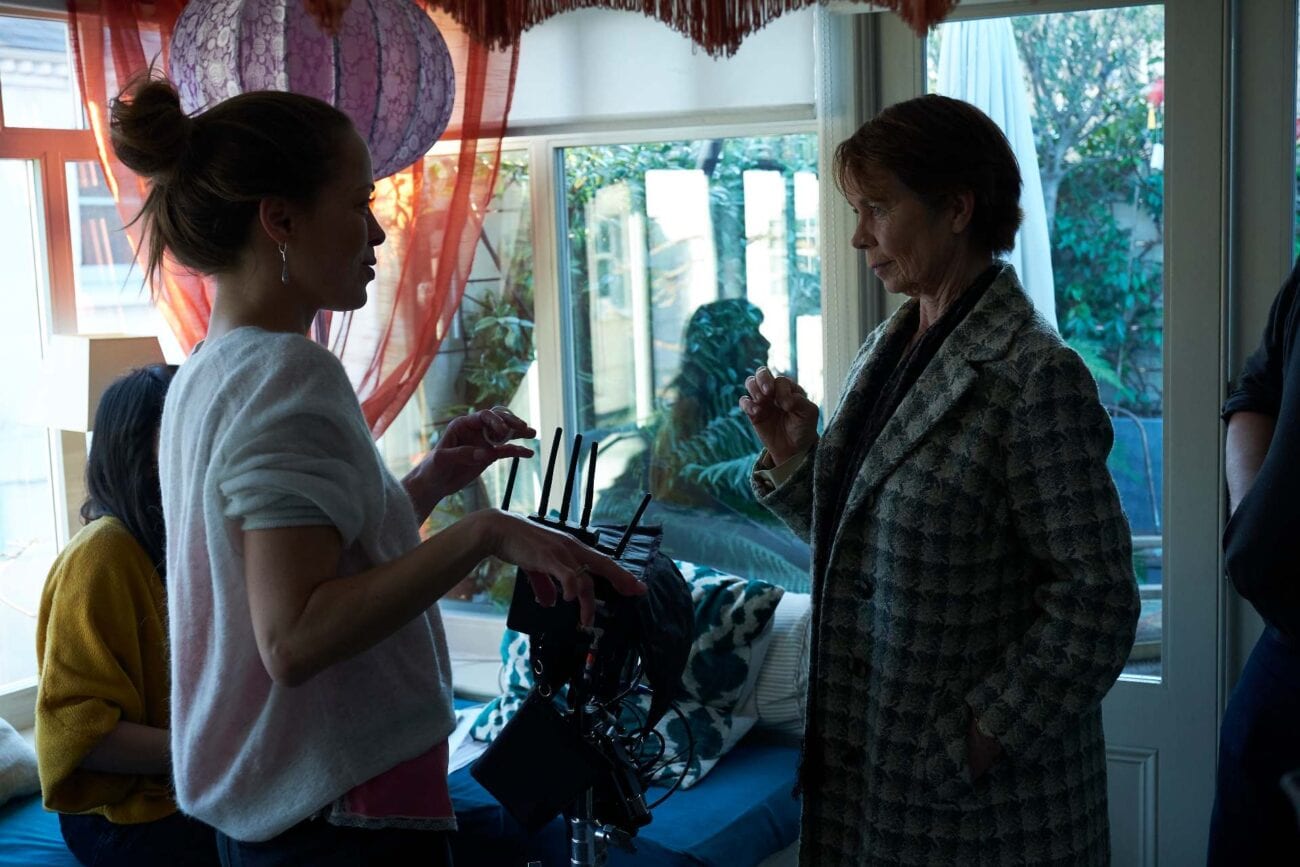 Eliza Schroeder has stories to tell. The talented filmmaker started creating from an early age, writing short stories and creating flip books. She earned her M.A. in cultural studies at the Humboldt University Berlin in 2006 and an MA in Feature Film at the Goldsmith University of London in 2007. Since then, she has applied her artistry to a wide range of short films, fashion campaigns, and advertisements.

Schroeder recently wrote and directed his first feature film, Love Sarah. The film is inspired by Schroeder’s relationship with her late mother, and thoughtfully blends elements of comedy, romance, and drama. Love Sarah was released in New Zealand in June 2020 and became the number one box office hit for over two weeks, despite the challenges of the COVID pandemic. The film has proven so successful in Europe that production company Frida Films has already greenlit a Spanish-language remake.

Film Daily had a chance to talk with Eliza Schroeder about her creative process, her personal connection to Love Sarah, and her plans for the future. Here’s what she had to say: 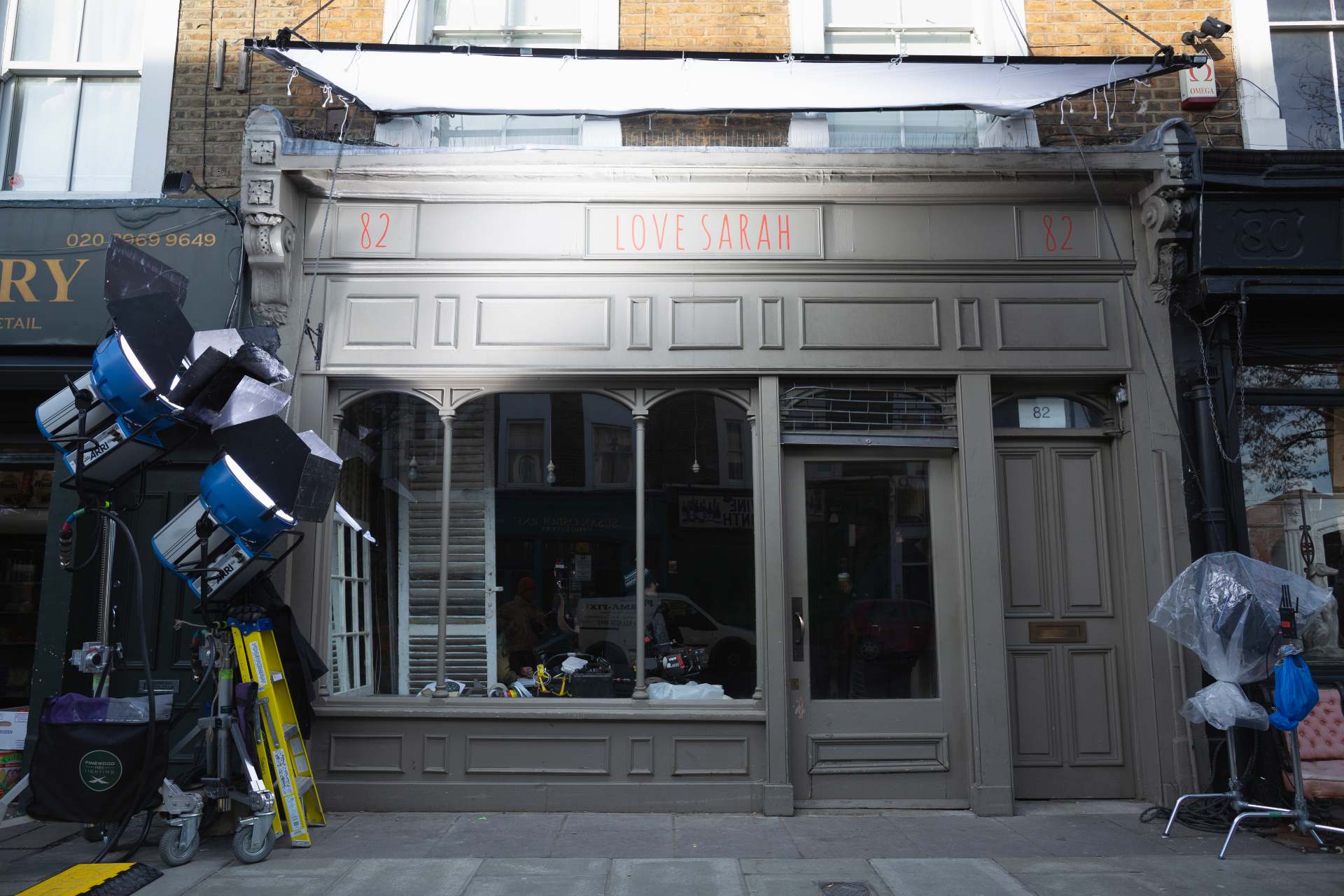 I’ve been drawing flip books and writing short stories from a very young age, I’ve always loved escaping into new, imaginative worlds. I later became a freelance photographer whilst doing an MA in Literature in Berlin, and it then became clear to me that I needed to combine the craft of storytelling and taking images to fulfil my dream and become a director.

Who are your biggest filmmaking influences?

I love Charlie Kaufman’s films for their combination of depth and drama. They are deep and powerful. I also love Susanne Bier’s work; she is equally commercial and brings a powerful depth to her stories and characters. Nancy Meyers and Woody Allen are also on top of the list in terms of being great examples of how to make engaging, funny and witty films.

You have an MA in Cultural Studies and German Literature from the Humboldt University Berlin. How has your degree informed your approach to storytelling?

I have had the pleasure of studying some of the world’s most incredible writers and I really got a chance to read a lot which, especially today, I realize was such a luxury. I guess having that literature background and knowledge has created the basis of my own story telling and has given me an amazing amount of inspiration.

You recently made your feature debut with Love Sarah. What was the inspiration behind the comedy-drama?

I’ve always been interested in telling stories that involve (head) strong women and I’m extremely drawn to telling stories of loss since I lost my own mother a few years ago. I wanted to take this opportunity to give people who have lost a dear one a chance to see that there can be hope and light at the end of the tunnel if you join forces with the people that matter most to you.

Do you find that it’s easier to tell stories that you feel a personal connection to?

100% – as a storyteller and filmmaker you grow with your own life experiences, and I do believe that if you’ve got, or have built, some kind of personal connection to the material, can you actually lead the actors through it well. 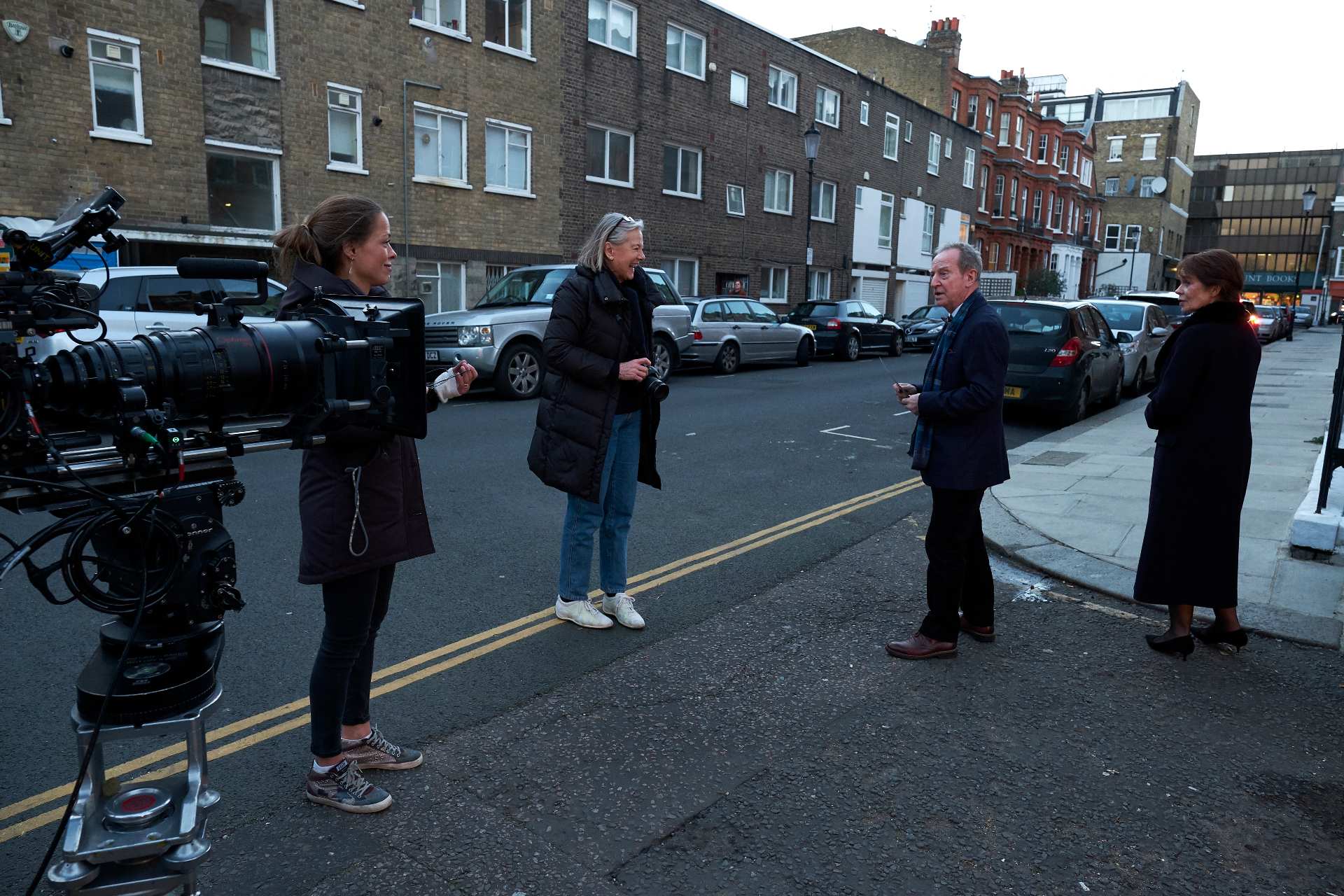 Love Sarah was number one at the New Zealand box office upon release. Were you taken aback by the film’s instant success?

It was fantastic and has made us so proud. This happened during this tiny time window in the summer when there was almost normal life in New Zealand and Australia.

Yes, totally and I hope we’ve avoided clichés successfully. Whilst taking my audiences into a different world and also let them escape reality at the same time, I was also extremely keen to make the relationships and circumstances real so the audiences could really connect with our characters’ lives to a certain extent.

You teamed with producer Rajita Shah for Love Sarah. How was your experience working with Shah for the first time?

She was absolutely brilliant and a dream to work with. She made the impossible possible, always with a smile on her face, so I couldn’t have asked for a better producer. Rajita has delivered a film of high quality on a limited budget, which, as we all know, is a real challenge.

Yes, a great friend and mentor of mine is Simon Cornwell from Ink Factory Films. He has advised me so wonderfully throughout the last couple of years, and I have learned so much from his invaluable advice and experience. I would recommend reaching out to filmmakers whose work you admire and see if they’re happy to mentor you.

You directed several acclaimed shorts prior to shooting Love Sarah. What was the biggest difference between directing a short versus a feature?

Shorts only take a few days to shoot and whilst pre and post production of a short can nearly be as time consuming, shooting a feature with several lead actors is a whole different beast. It’s been challenging but I have truly loved every minute of it and can’t wait to shoot my next feature.

What part of directing do you still geek out about?

Directing actors is a craft you truly need to learn and master. It is the human trust and connection that will really get you to achieve something magical with your cast.

You run your own production company, Rainstar Productions. How do you think Rainstar stands out from its peers?

The way I’d like our films to be received is that they make you laugh and cry at the same time. We make films that take you on a deeper journey whilst also making you smile.

Where does the name “Rainstar” originate?

We were looking for a name that would inherit the above description of making touching films that also make you laugh, so that’s how the name came about.

You’ve produced most of your own shorts. Would you like to get to a place where you are producing films for other directors as well?

Not at the moment, my heart and soul lies in directing and I’m passionate about it.

Is there a part of the filmmaking process you have yet to try but want to?

I’d like to get more experience in camera work and lighting. 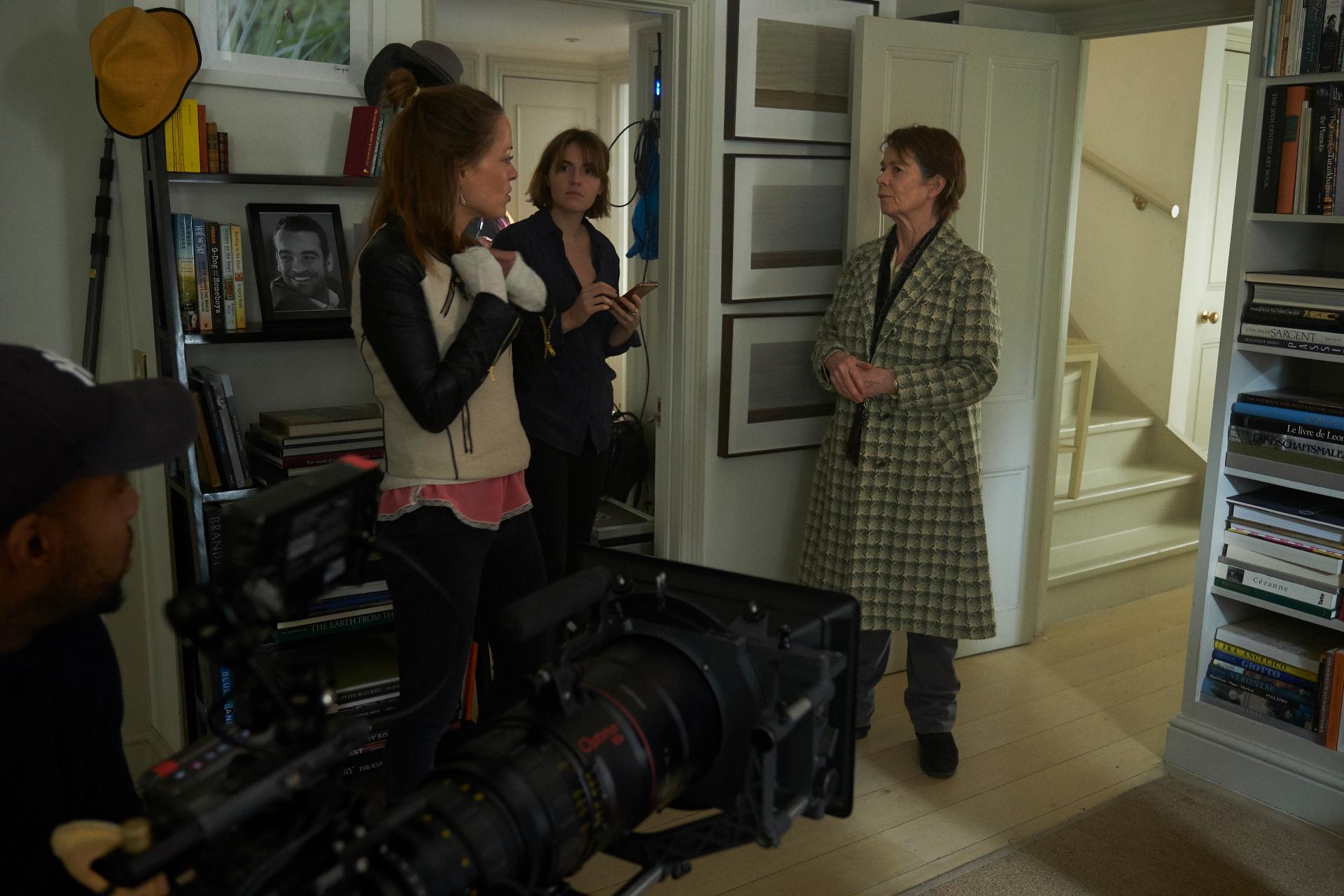 To be able to complete a full-length feature directing five leads and shooting the busiest and most challenging scenes of the entire script in week one of the shoot.

What about your greatest failure? What did you learn?

To work with a director of photography on a short who I didn’t know enough. It turned out we both had a very different visual style which was a real challenge, so I have learned that you can never take enough time to prep, meet and discuss.

Oh, I’m super excited about the fact that I’m developing three new and very different projects at the moment: a documentary about mothers in dance, a children’s movie that has found its core inspiration through a lovely experience I have had with my own daughter, and a thriller – I’ve always wanted to direct a thriller so particularly excited about that one, too.

Go out and shoot as much as you can, learning by doing has been what has shaped me most. Find like-minded people who are as passionate about this as you are and join forces to create creative content.

Oh, there are several. I love Eternal Sunshine of the Spotless Mind but am visually inspired by Inception. Another movie I could watch over and over again for its charm and feel-good is Notting Hill.