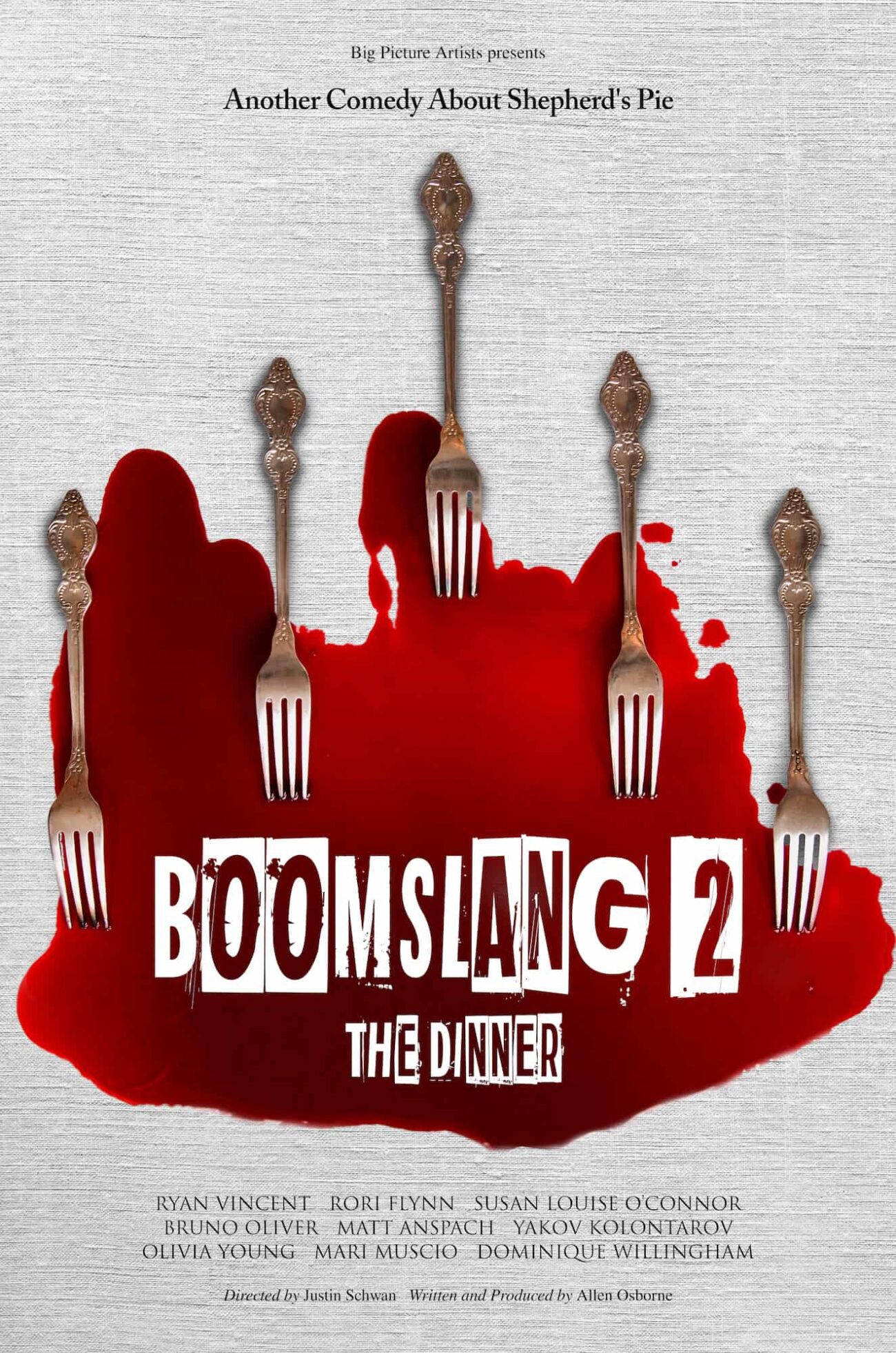 Boomslang is back, baby! In February 2020 we reviewed Boomslang, “a comedy about shepherd’s pie”. The short was a comedy masterpiece that combined the vibes of Hannibal and Lucifer with a slapstick sensibility. The film followed serial killer Erik Boomslang as he carved his way into a decent life in small town America.  Now Boomslang writer Allen Osborne is back with a sequel.

This time Osborne is partnering with director Justin Schwan, cinematographer on the original film, to bring his dark comedy to life. Boomslang 2: The Dinner brings everything you loved about the original film while also introducing new characters and ramping up the comedy. You’ll be laughing yourself out of your seat when you sit down to enjoy Osborne’s latest excursion.

We’d be willing to bet that Boomslang 2: The Dinner brings home just as many, if not more, awards as the original film did. The sequel leans into a comedy style reminiscent of Portlandia, or maybe What We Do in the Shadows, considering the content matter. Before you dive into this latest serial murder extravaganze, take a look at some insider details on Boomslang 2 right here. 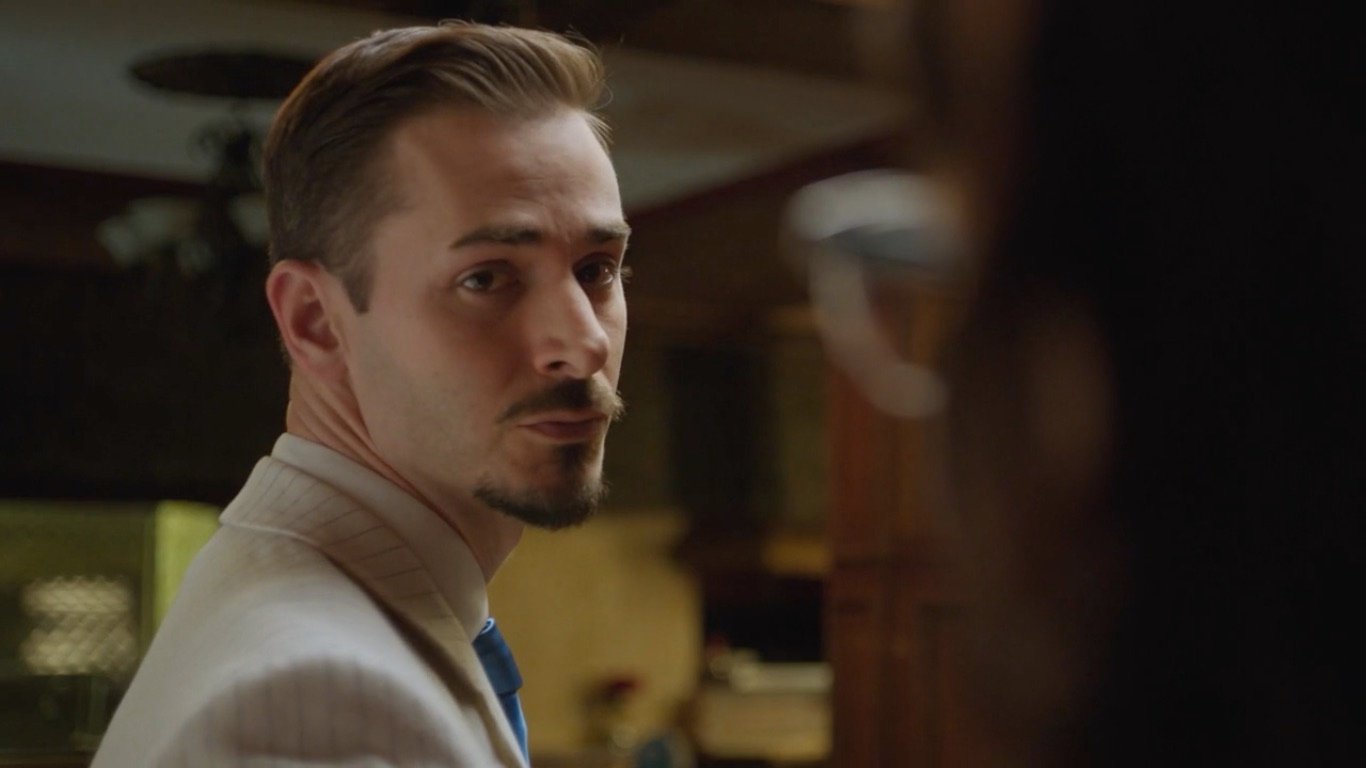 The dinner in question here takes place at local haunt The Second Wife. Manned and managed by Edna (Susan Louise O’Connor) and Ali (Dominique Willingham), The Second Wife is going to make you have a new dream job in mind. It’s there that Erik Boomslang (Ryan Vincent) will run into a new cast of characters – including his latest victim.

Before he gets the chance to have a bloody good night, though, he’ll come face to face with the ghost of his previous victim Harriet (with Rori Flynn returning).  Their meeting is the most delightful scene in the film. You’ve probably never wondered what Hannibal Lecter looks like in a dance studio, but Boomslang 2 will answer the question you should have been asking yourself all along. 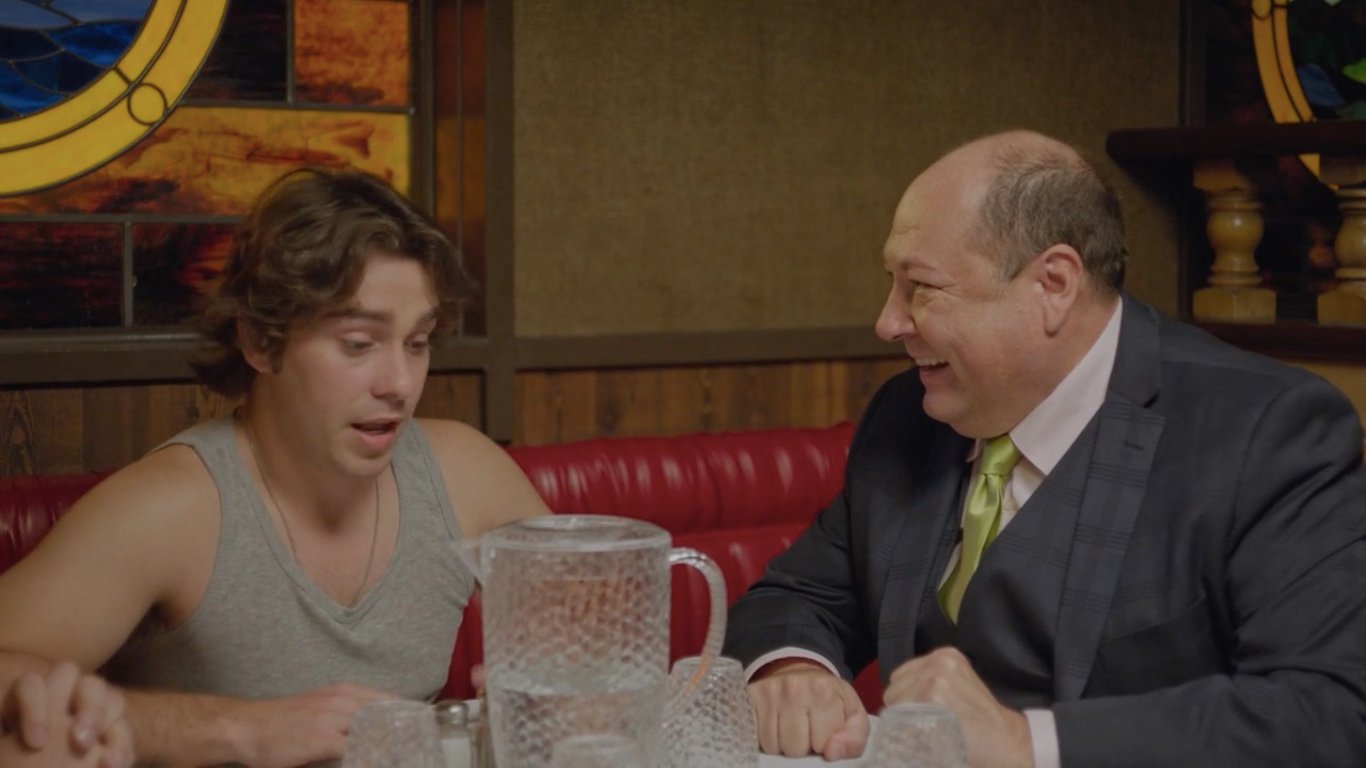 A dinner party full of laughs

Get ready to meet Barnard (Bruno Oliver), Billy (Matt Anspach), Bodashka (Yakov Kolontarov), Yaba (Olivia Haley Young), and Ms. Bailey (Mari Muscio). The cast shines with excellent comedic timing, and they play off each other like they’ve been doing it for years. Our only complaint is, once again, the run time! Boomslang 2: The Dinner sets up so much in a brief span that you’ll be dying for another installment when credits roll.

If you’re a fan of serial killers and hilarious shenanigans, then Boomslang 2: The Dinner could easily be your favorite film of the year. The episodic storytelling might leave you wanting, but what’s better than anticipating another piece of a story you love? We hope that this isn’t the last time we get the chance to spend time with Erik Boomslang. 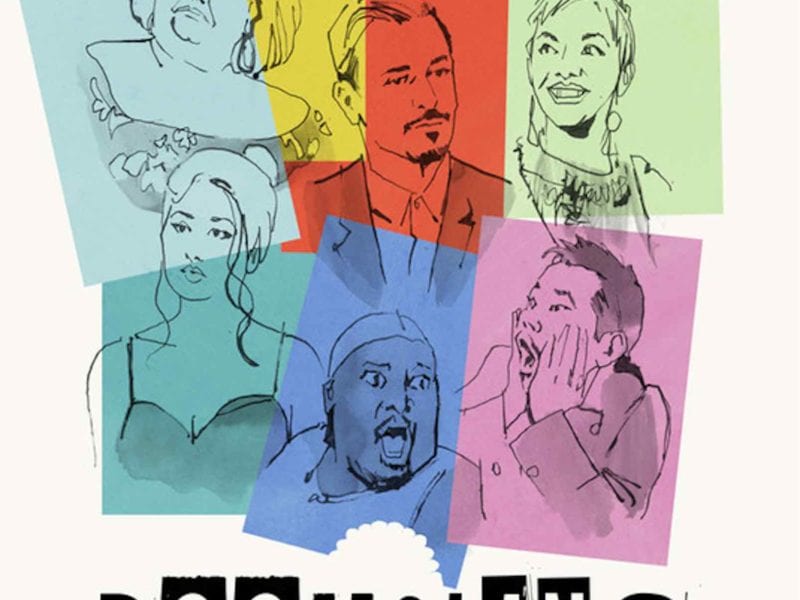 Here’s why you need to watch the epic short ‘Boomslang’