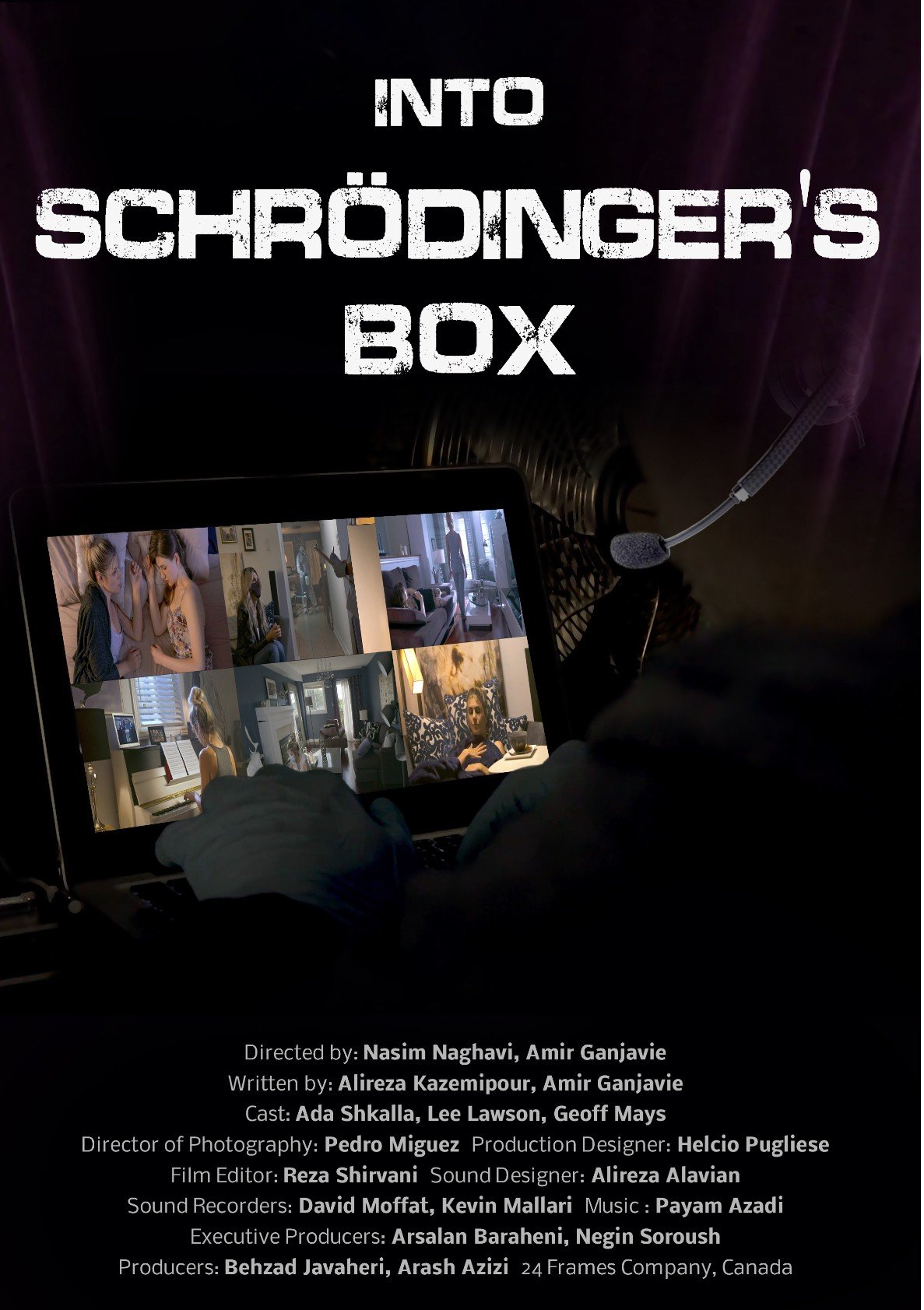 The process of writing ‘Into Schrödinger’s Box’: An interview with Alireza Kazemipour

From the Iranian-Canadian director duo Amir Ganjavie and Nasim Naghavi comes the psychological thriller Into Schrödinger’s Box with a story structured around the Coronavirus pandemic. With its diverse and female-majority cast and crew, the film offers a unique perspective on Coronavirus and psychological health. Musician Sophia (Ada Shkalla) comes home to find her filmmaker husband, Martin (Geoff Mays) unresponsive.

As he is carried to hospital and found to have COVID, Sophia has to deal with the new pandemic reality on her own. Her lonely hallucinations intensify with the arrival of a young woman (Lee Lawson) who seems to have appeared out of nowhere.

Named after a famous thought experiment by the Austrian-Irish quantum physicist Erwin Schrödinger, the film posits Sophia as the hypothetical cat of the experiment: a cat who could be dead or alive. We had the opportunity to interview Alireza Kazemipour, the lead scriptwriter, where we discussed the process of writing the screenplay. 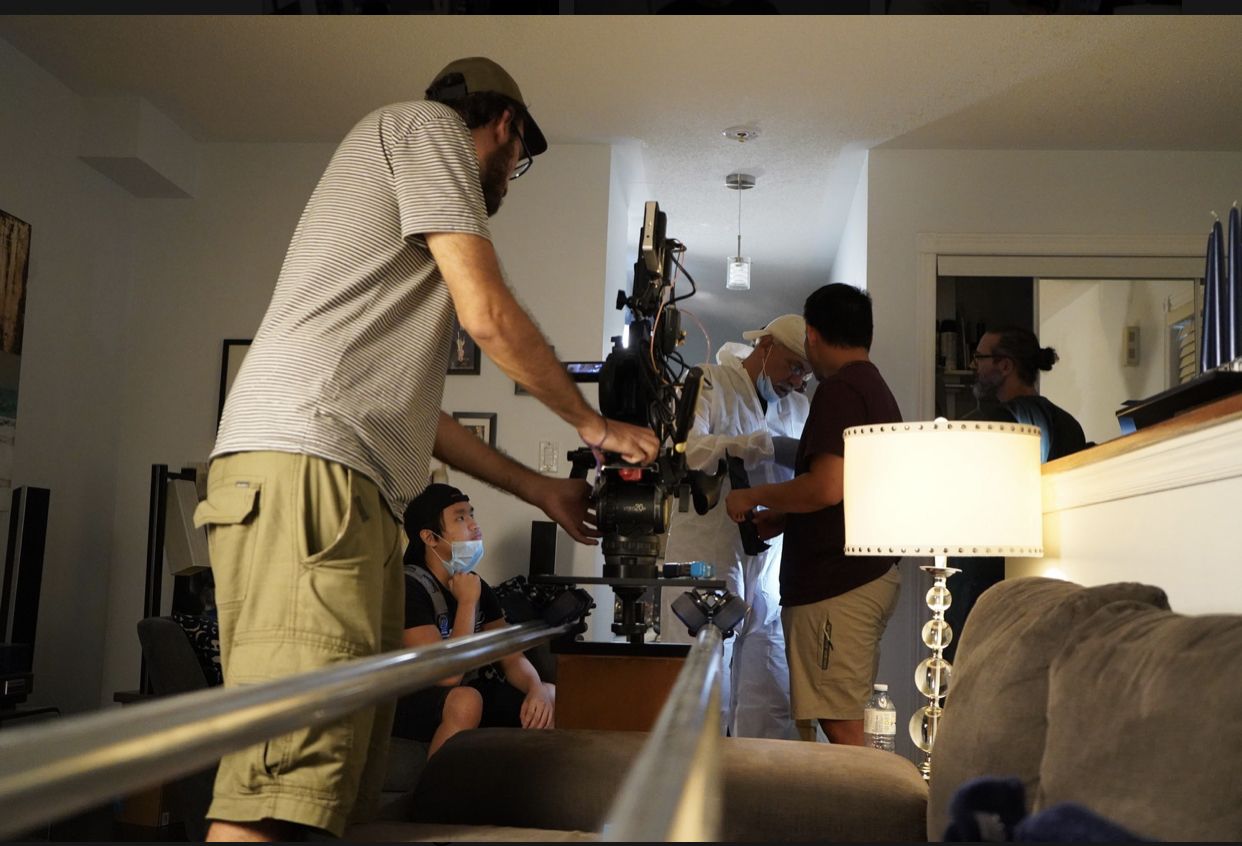 How the storyline and screenplay of Into Schrödinger’s Box were developed:

Amir Ganjavie and I got to know each other in the virtual world a few years ago but we still have not met in person since I live in Vancouver and he lives in Toronto. Early this summer, Amir called and told me about a film that he wanted to make during the pandemic with a very low budget and limited crew.

The plot was about the love affair of an Iranian immigrant couple and the crisis that they experience after a stranger enters their lives. After that initial discussion, I started working on the storyline and I soon convinced Amir to make the film in English with non-Iranian characters.

We gradually developed the story and came up with the current screenplay after many rewrites, though the screenplay was dynamic and continued to change until the last days of shooting.

How do you write a screenplay? Do you start with a story or a character?

It depends on the story and where the idea came from. Some stories come to mind from an incident or memory and some others are inspired by fascinating characters that you may encounter in your life or read about in a book, magazine, or newspaper. After finding the initial idea, my most important task is to develop the plot and screenplay structure.

The difficult part of story writing is figuring out how to start, how to continue, and how to conclude. If I can come up with this then I’ve covered an important part. After rewriting the plot, I begin to write the sequence summary with details and then writing the dialogue is the last part of the process.

Making psychological horror films is not very common in Iranian cinema. What was your previous experience with writing this kind of screenplay?

I wrote some horror scripts in Iran, like She Was An Angel (Ou Yek Fereshteh Bud) in 2005. That was broadcast on television and helped to create a new chapter in Iranian television programming focused on making  serials called transcendental serials. Unfortunately, for many reasons this genre has never developed in Iran and you cannot write a horror story there.

Schrödinger’s Box was a new experience for me and my greatest concern was how to combine the physical paradox and the Heisenberg uncertainty principle with psychological topics that could be attractive for the audience and also easy to follow. Shooting started just one month after Amir called me so I did not have enough time to write and decide how to solve the problem.

Did you have a source of inspiration when writing the script? If yes then what was it?

I can’t name a specific movie as my inspiration but there are a lot of examples in the horror genre where the story is about a woman who is alone in a mysterious house. We used the audience’s familiarity with this storyline to evolve the story and challenge the audience’s expectations.

This script was one of the first to be written during the coronavirus pandemic. Were you looking for a unique way to write specifically at this time? If yes then what did you want to accomplish?

During the lockdowns and special conditions imposed by governments we wanted to make a film with a short script and just two or three actors. It was definitely the first time that we had experienced a pandemic and been quarantined with all of the problems that go along with that, such as isolation, loneliness, lack of physical relationships, lack of contact, lack of human presence, and concerns about job losses and the future in general.

All of that stress and anxiety in some part resulted from the quarantine. We all as human beings were encountering a disaster. At the beginning, some people saw it as a temporary situation and viewed the coronavirus as entertainment while others went into depression and some became pessimistic and paranoid. However, for many of us it was a chance to be alone with ourselves, introspect about life, and ask ourselves important questions.

The title of the movie refers to a theory in quantum physics. Why did you choose this name?

Schrödinger’s cat is the name of a famous thought experiment devised by the Austrian-Irish physicist Erwin Schrödinger during a discussion with Albert Einstein in 1935. Schrödinger saw problems with the Copenhagen interpretation of quantum mechanics and sought to illustrate these issues using his thought experiment. He described a situation involving a cat, a container of poison, and some radioactive material being sealed in a box.

If a monitor detected the radioactivity then the container of poison would be opened, thus killing the cat. According to the Copenhagen interpretation of quantum mechanics, the cat would effectively be both alive and dead at the same time but if one were to look in the box then they would see the cat as being either alive or dead but not both at the same time.

This poses the question of when exactly quantum superposition ends and reality resolves into one possibility or the other. The scenario is often used in theoretical discussion about the interpretation of quantum mechanics, especially with regard to the measurement problem.

This paradox makes a connection between the subject and the object. While writing, we came to the conclusion that it could also metaphorically describe the situation of the main character since she is a woman who has lost her center of gravity in isolation. In the absence of others she cannot be sure of anything, even of whether she is alive or dead.  This is the reason why we chose the title Schrödinger’s Box.

It seems that the concept of power is important in your screenplay. What is the connection between power and the coronavirus?

Our protagonist, Sophia, is a woman who lives in an unsafe house. She always feels the presence of someone else in the house and is continually afraid of someone coming in. She is being controlled and observed by a camera which she is not aware of. She has lost her privacy so she is battling with an invisible power.

We are all in the same situation as Sophia because we are all being tracked by our mobile phones and this is outside of our control. All of us will be controlled by an external power. On the other hand, quarantine has isolated people from each other and has resulted in some people’s mistrust of all media.

It has also encouraged conspiracy theories about the virus being made in a laboratory, government policies being intended to control people, and even Bill Gates being responsible for COVID-19.

We should consider that the government has to use its power to impose measures like wearing masks and closing down restaurants, coffee shops, commercial centers, cinemas, and so on to reduce transmission of the virus.

The 14-day quarantine is imposed by medical systems and people have to comply with this so it is a form of power that shows a strong connection between political power and the virus. We address this subject in our film. 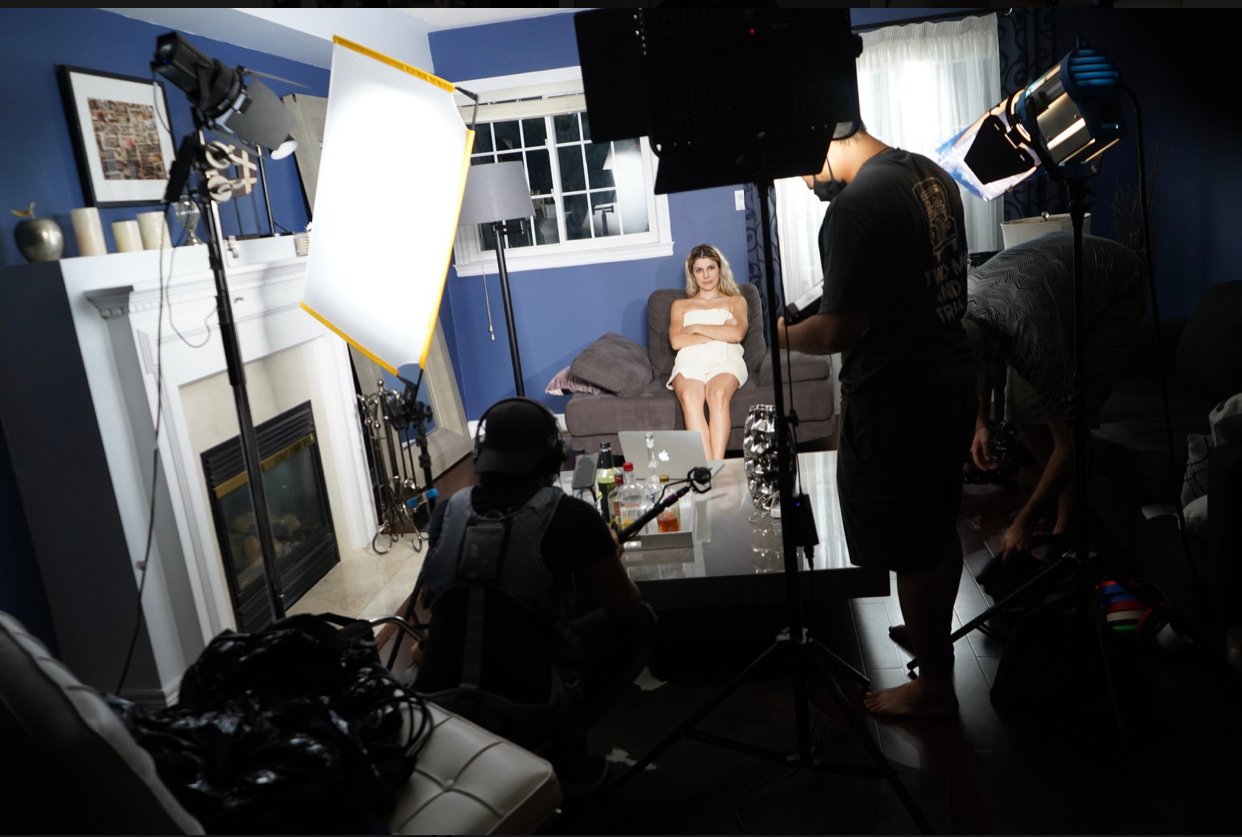 The genre of the film shifts between horror, psychological cinema, and diabolical cinema. Is there any reason for this shift or did you not consider one genre for your screenplay?

We used many models to tell the story of a lonely woman in a mysterious house, such as Diabolique by Henri-Georges Clouzot, but we did not remain faithful to all of these models since the audience would have been able to guess the ending of the movie. The concept of our story, which is about doubt in finding the truth, is the reason for its multiple genre influences.

The two main characters in the film are both women who are victims of men. Did this happen by chance or did you have a specific critical gender perspective?

One can have feminist interpretations of this topic but maybe it just happened unconsciously. The original idea of the story was based on a female character imprisoned in a house by a man who tries to restrict all of her freedom so you definitely get into feminist discussions and critiques of patriarchy and power.

The film is open ended. Why didn’t you make it with a closed ending? What is the connection between the film’s structure and the open ending?

We wrote several different endings for the film but we gradually came to the conclusion that it was better to remain faithful to the central idea of the film, which is Schrödinger’s cat. In order to connect the form and the concept, we needed to have inconclusiveness at the end of the movie. This is why we thought that an open ending worked best.