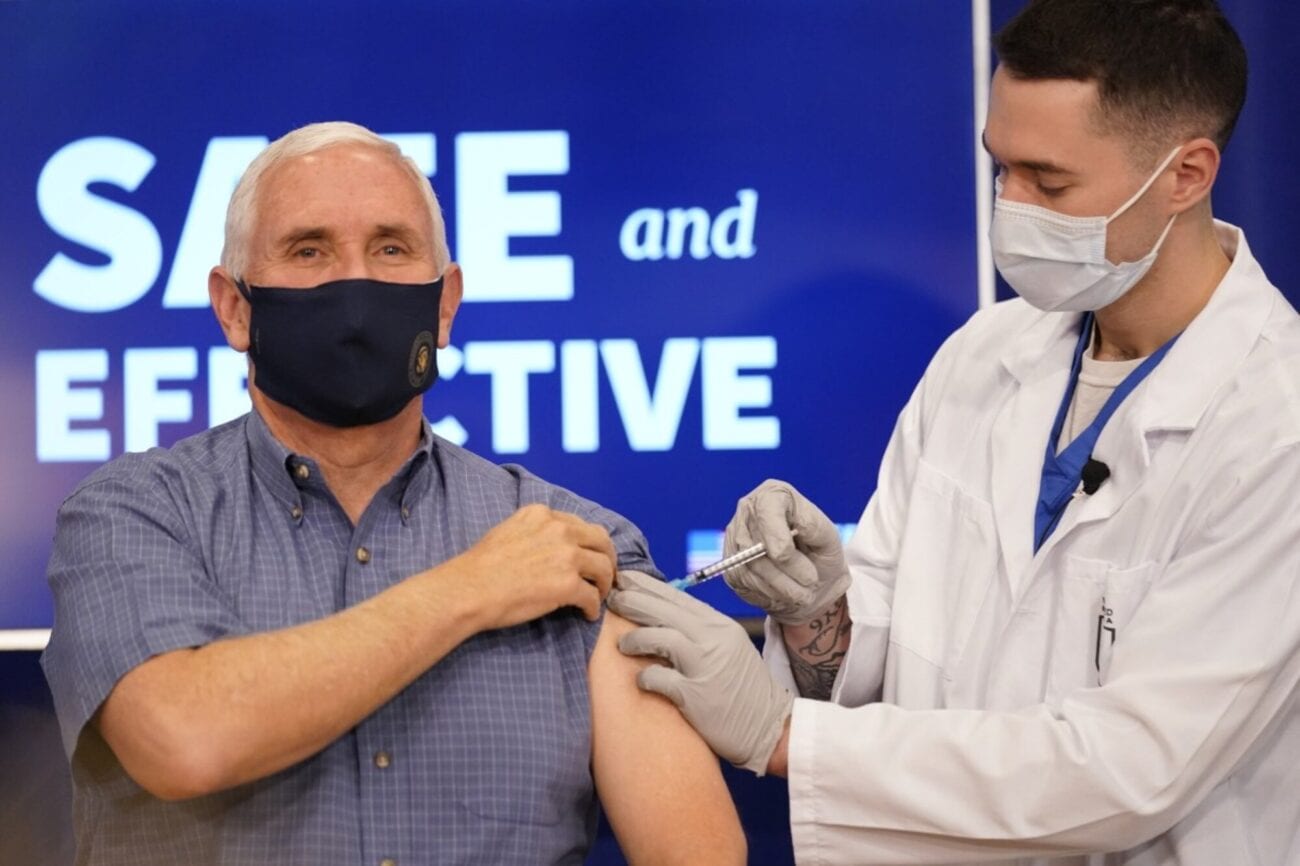 These past weeks have been an absolute whirlwind for coronavirus news. Right after the U.S. approved the Pfizer/BionNTech vaccine, and just recently the Moderna COVID-19 vaccine, the first millions of shots have been rushed out for people all over the country, beginning with healthcare workers, politicians, and older folks at high risk.

Now, it seems that the heated “anti-mask/pro-mask” debate in American politics is slowly transitioning into an argument of anti-vaxxers against pro-vaccinators. In order to increase confidence in the American public though, politicians on both left & right of the spectrum have been lining up to get their shot – publicly, in front of cameras. 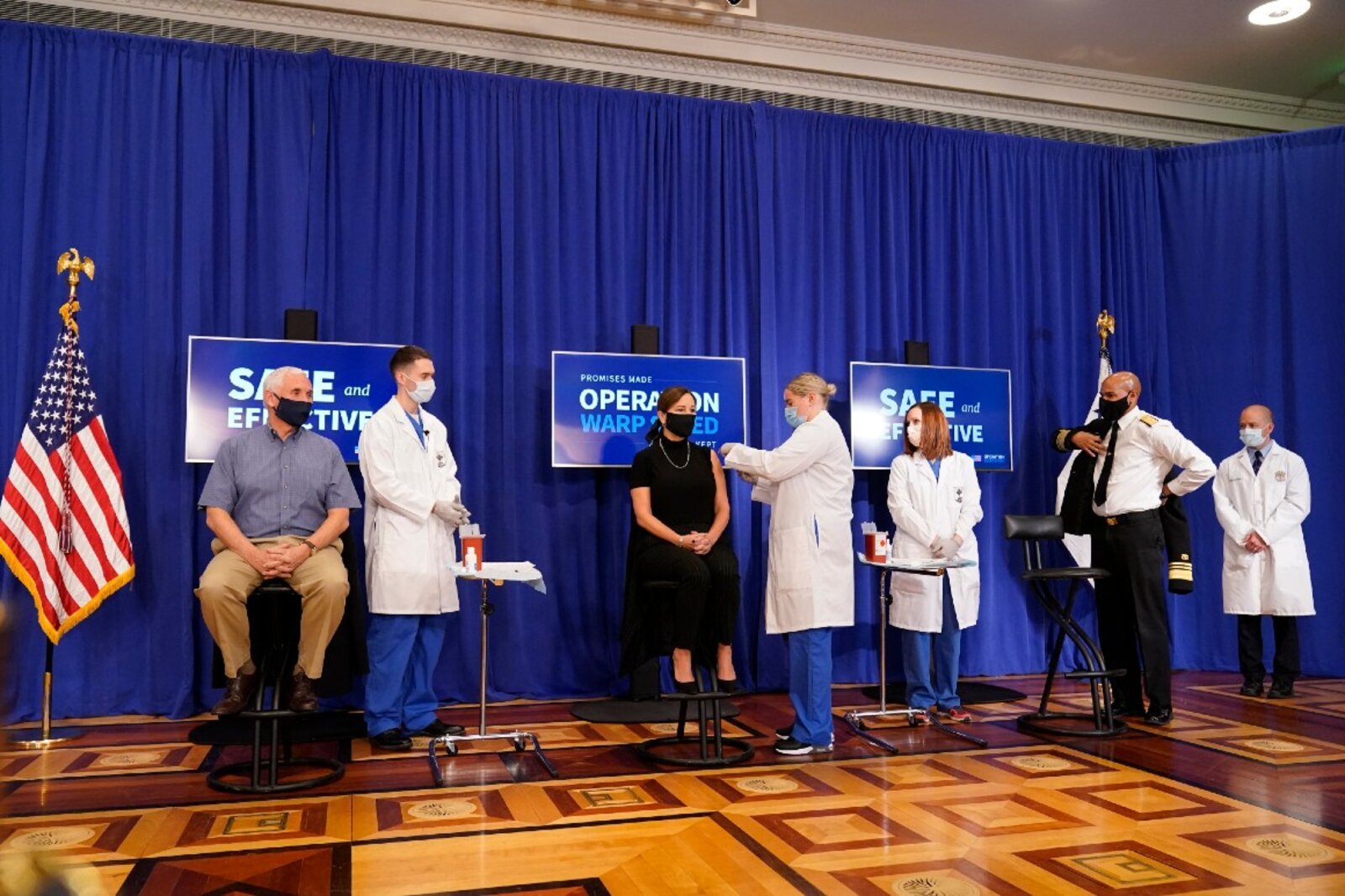 Earlier this morning, Vice President Mike Pence visited the Eisenhower Executive Office Building near the White House alongside second lady Karen Pence & Surgeon General Jerome Adams. The three received jabs of the newly-approved Pfizer/BionNTech shots together on live TV, making them the first high-ranking officials in the White House to do so.

“Make no mistake about it. It’s a medical miracle,” the Vice President announced afterwards: “I didn’t feel a thing, well done”. Pence also explained: “Today, Karen and I wanted to step forward and take this vaccine to assure the American people while we cut red tape, we cut no corners.” 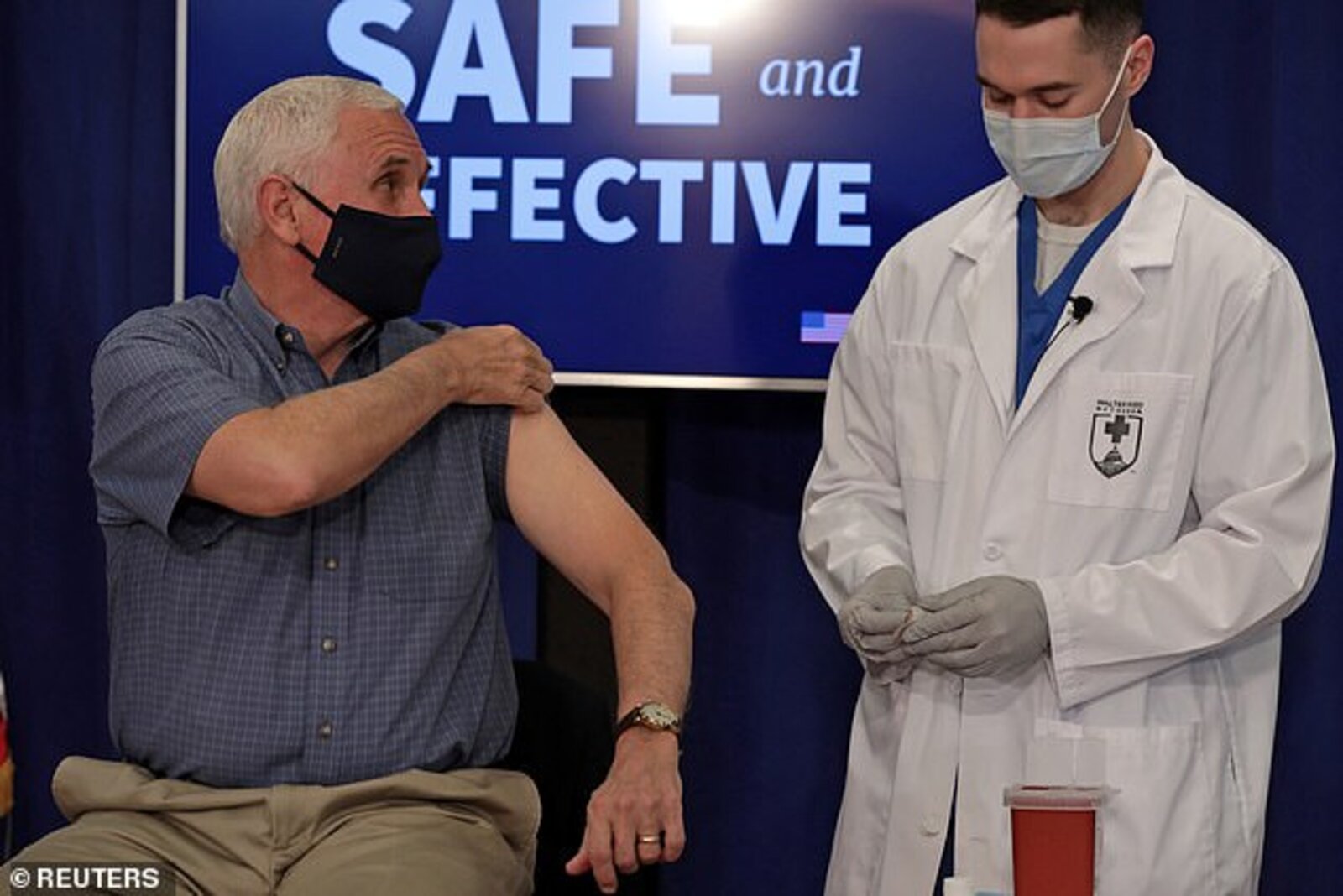 “The American people can be confident we have one — and perhaps in hours two — safe and effective coronavirus vaccines for you and for your family”, Pence added, referring to the Moderna vaccine which was just recently recommended for FDA approval on Thursday.

The Vice President also toured a vaccine production facility in Indiana just a few days ago, and announced again “The last thing I would say to every American is be confident that we have cut red tape, but we’ve cut no corners when it comes to the development of this vaccine”. 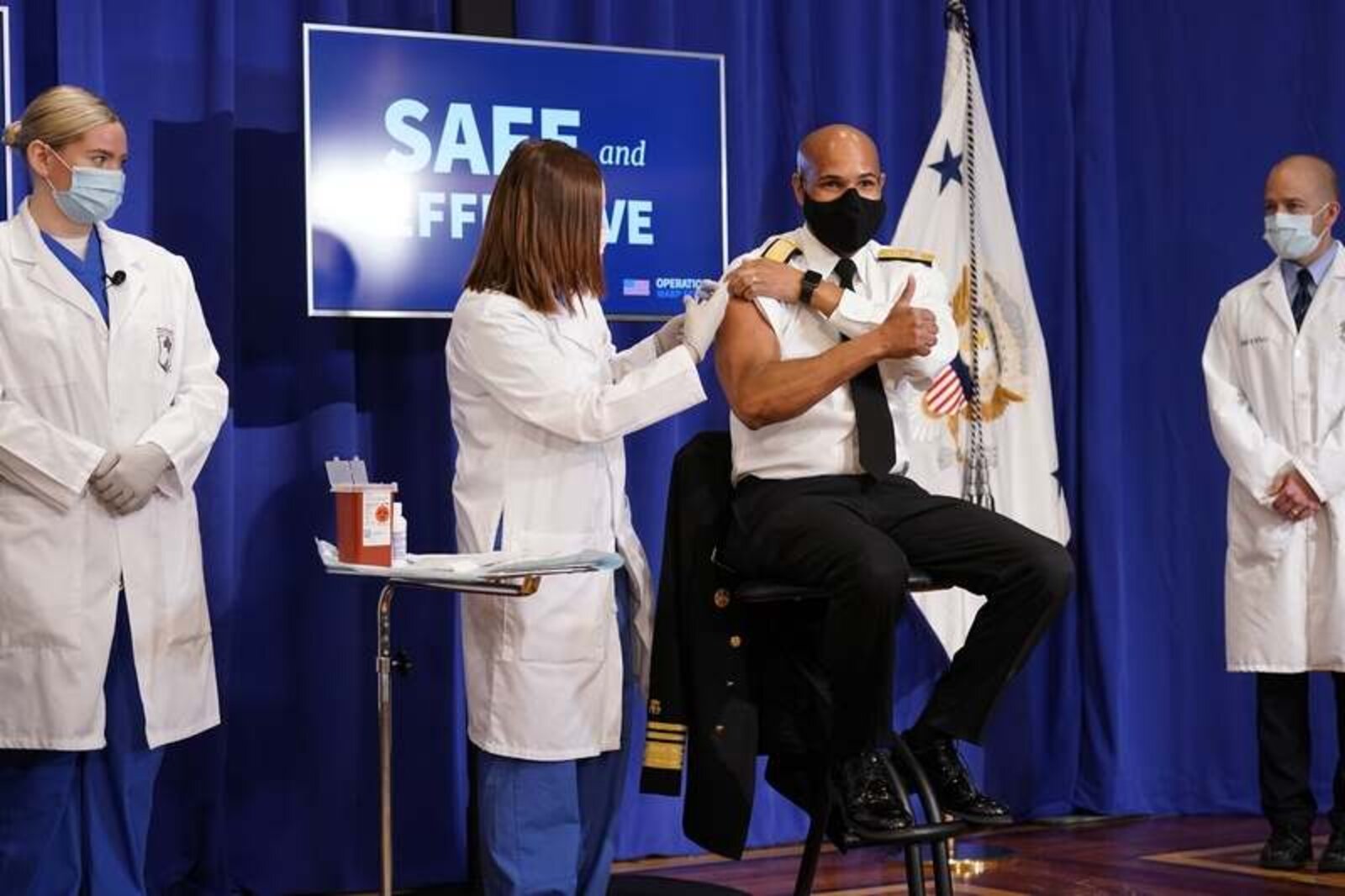 Surgeon General Jerome Adams also issued a public statement to the American people after getting his shot alongside the Pence couple on live TV. He began by expressing his gratitude & thanks for the researchers involved in the Pfizer vaccine, & mentioned that he himself was at a high risk for the disease due to a history of asthma & high-blood pressure.

“I am acutely aware of my own increased risk of COVID-19 exposures and the comorbidity that increase my risk of complications,” Adams emphasized. “As the US surgeon general and a black man, I am equally aware of the symbolic significance of my vaccination today.”

Today, with confidence in science & at the direction of the Office of the Attending Physician, I received the COVID-19 vaccine. As the vaccine is being distributed, we must all continue mask wearing, social distancing & other science-based steps to save lives & crush the virus. pic.twitter.com/tijVCSnJd7

Earlier today, the Speaker of the House Nancy Pelosi also publicly received a jab. She shared photos of the process on Twitter & added the caption: “Today, with confidence in science & at the direction of the Office of the Attending Physician, I received the COVID-19 vaccine. As the vaccine is being distributed, we must all continue mask wearing, social distancing & other science-based steps to save lives & crush the virus.”

Senate Majority Leader Mitch McConnell has received the shot today, explaining in an earlier statement: “As a polio survivor, I know both the fear of a disease and the extraordinary promise of hope that vaccines bring. I truly hope all Kentuckians and Americans will heed this advice and accept this safe and effective vaccine.”

“Even with a vaccine, I will continue following CDC guidelines by wearing a mask, practicing social distancing, and washing my hands frequently,” McConnell added. “I would strongly encourage everyone to continue following these important guidelines. It is the only way we will defeat COVID-19 once and for all.”

Now back to continue fighting for a rescue package including a lot more money for distribution so more Americans can receive it as fast as possible. pic.twitter.com/kSBhI3EzzM

While experts estimate that about 70% of the country’s population will need to be vaccinated in order to achieve herd immunity, a recent Associated Press poll confirmed that only about half of the country is ready to get their shots, while a quarter had mixed feelings and the other quarter refused. To that, McConnell expressed: “it is concerning that half of Americans feel this way”.

Biden’s pick for press secretary Jen Psaki reported Joe & Jill Biden are both scheduled to receive the shot on Monday in Delaware. Other politicians who have said they would do the same before include Kamala Harris, Bill Clinton, Barack Obama, George W. Bush, and President Donald Trump, who survived a COVID-19 infection himself in October.