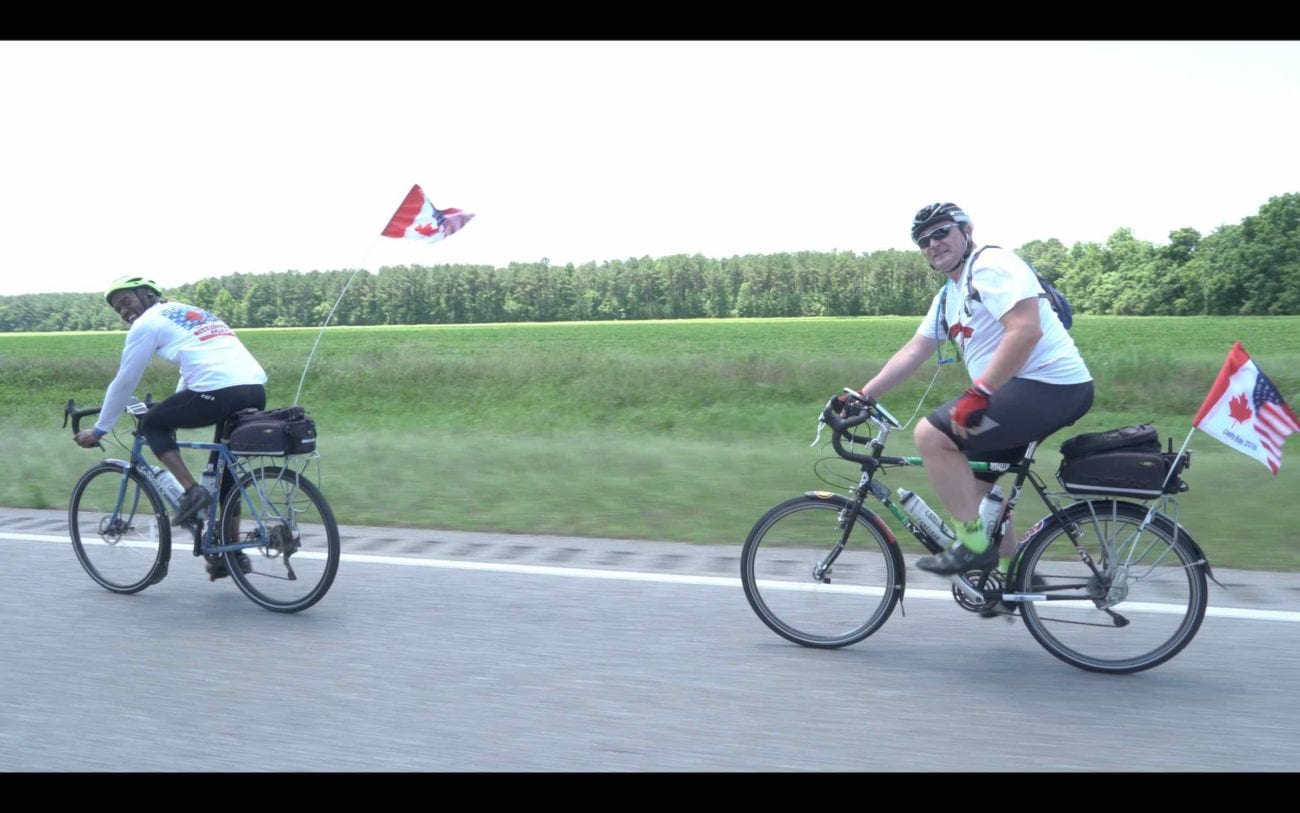 The Unity Ride is exactly the movie we need right now. The documentary film follows cyclists Jonathan Williams and Andre Block, who embarked on a 2,700-mile journey from New Orleans to Toronto to trace the path of the Underground Railroad.

The Unity Ride shows how two men, from two different backgrounds and two opposing political leanings, explored the pursuit of freedom and became friends. They learned what was, what is, and what could be.

The documentary is about owning the middle lane, accepting each other as equals and going forward together. Catch the trailer here. 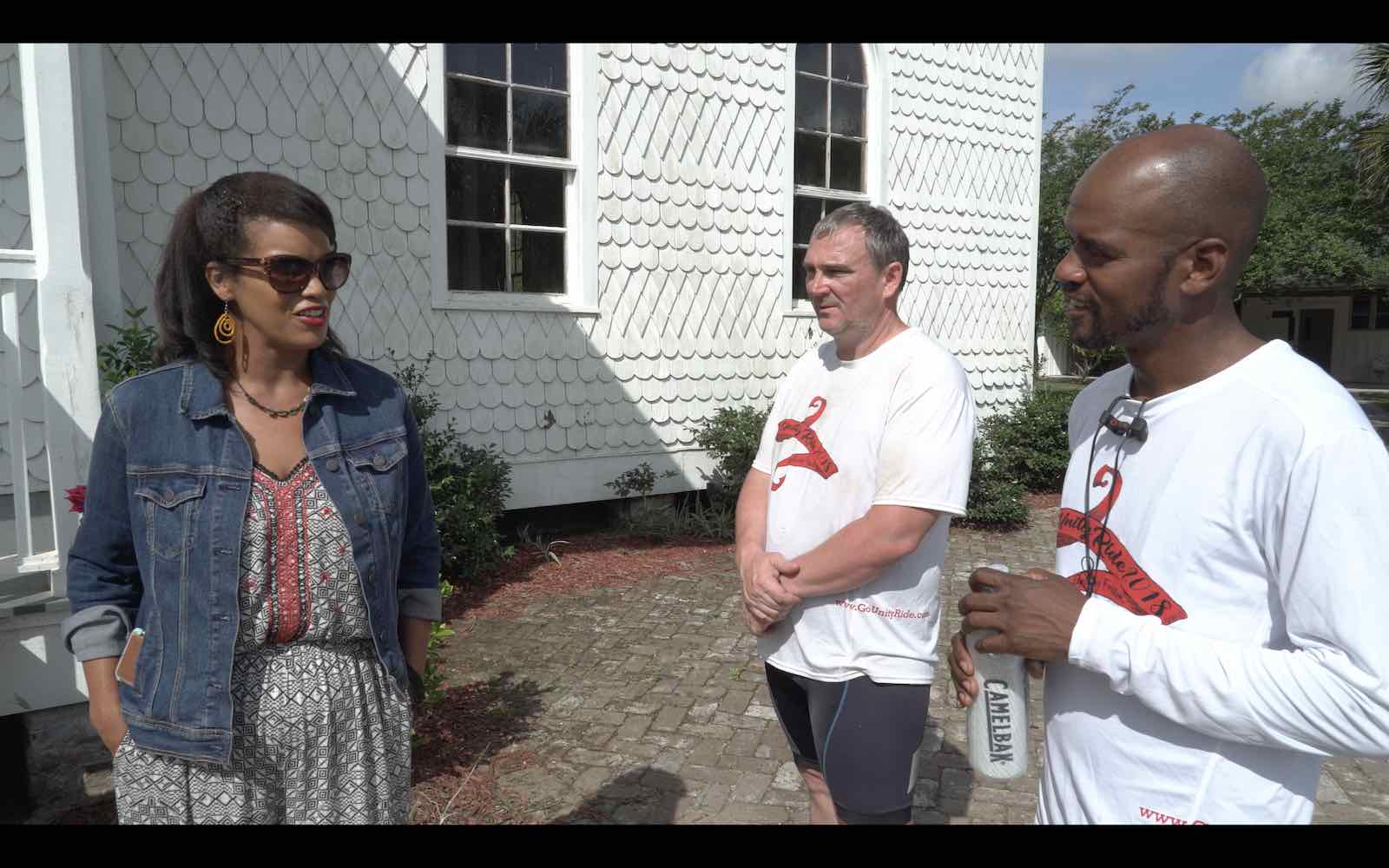 The next big thing in independent films

Through its films, books, SoulVision Magazine and SoulVision.TV network, Soulidifly tells positive stories of multiethnic and multigenerational people across various segments of life, experiences and eras. 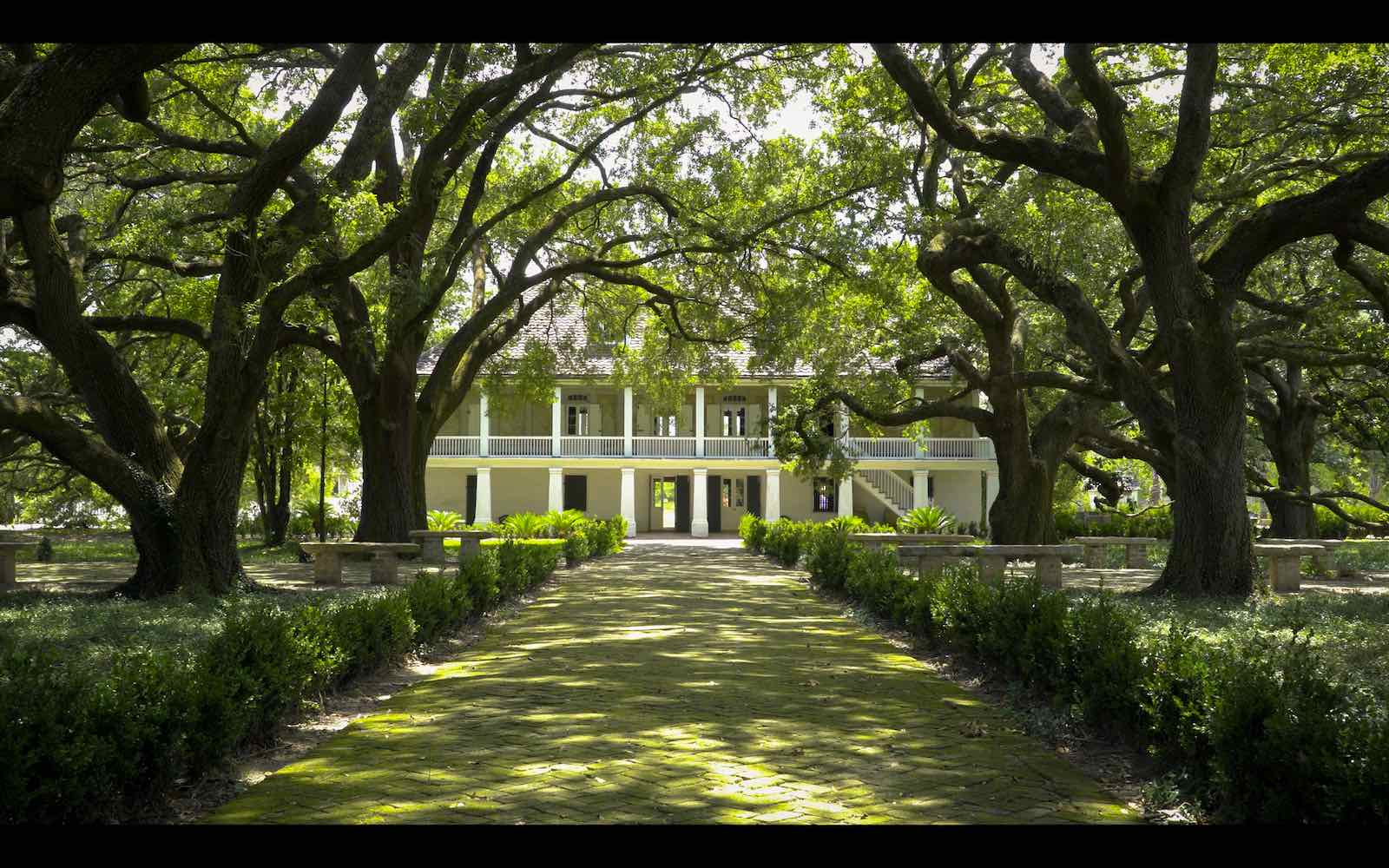 World Premiere of The Unity Ride.

Within every divide there is unity. The Unity Ride’s world premiere will be held on Thursday, January 16th, 2020 at the Virginia Museum of History & Culture, 425 N. Arthur Ashe Blvd., Richmond, VA, and is a free event, though registration is required to attend. 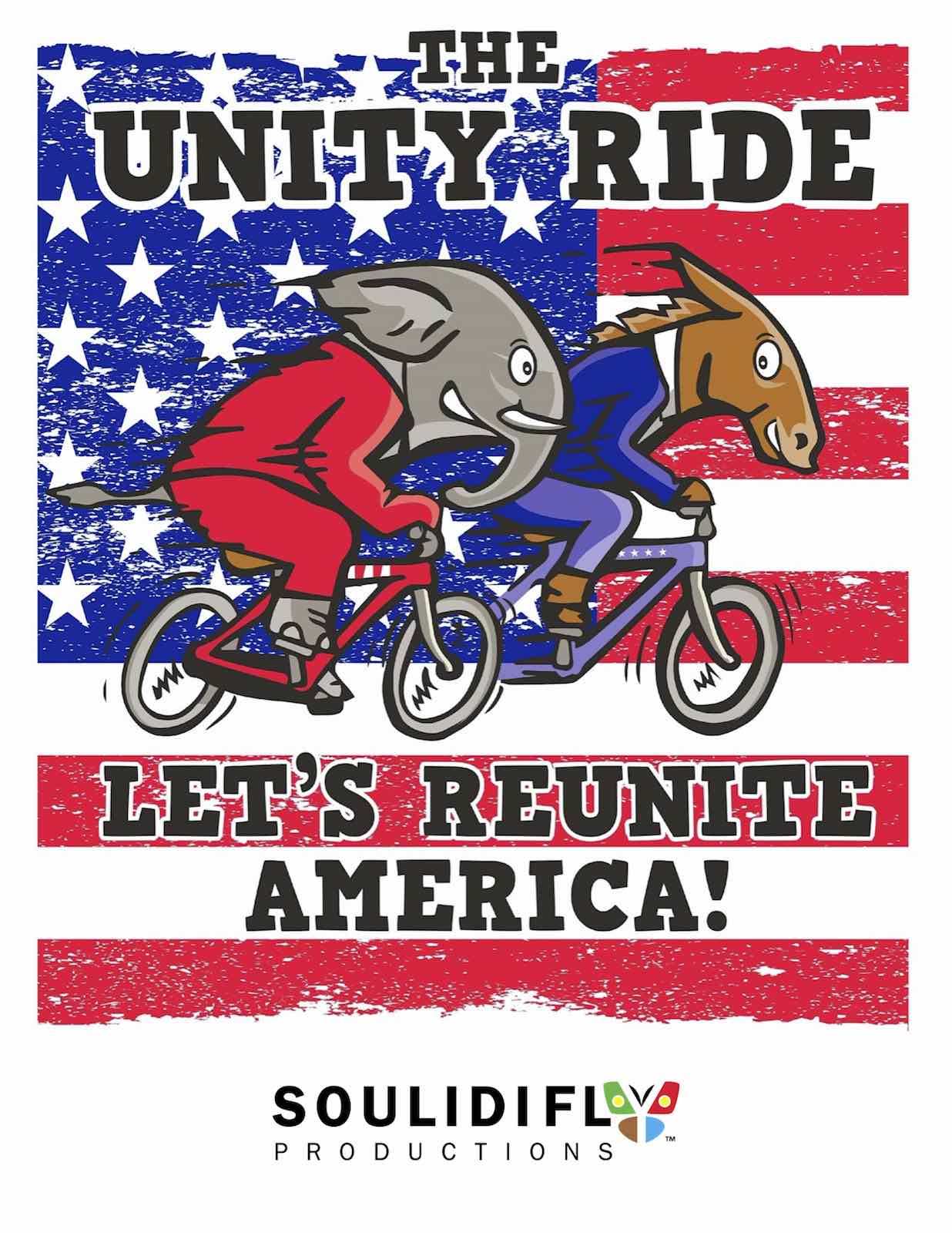 A deeper look into The Unity Ride

We had the opportunity to sit down with B.K. Fulton, the founder, chairman, and CEO of Soulidifly Productions LLC to talk about The Unity Ride, collaborations, and what’s next for Soulidifly.

Tell us about the partnership with Gunn’it Productions, how did that come about?

Monty Ross helped to produce and work the camera for The Unity Ride and the Gunn’it Productions team.  He is also the President of Film and Production for Soulidifly Productions.

When he went on a month-long sabbatical to ride across America, I thought he just needed some space.  He came back and showed me something that I thought was special. What he showed me was the raw footage of The Unity Ride.

How would you suggest that our readers could go about making successful partnerships?

Partnerships are best served when the parties to the agreement or understanding are aligned.  So when they collaborate on projects, they should be sure that there is a shared vision and passion for any given project. 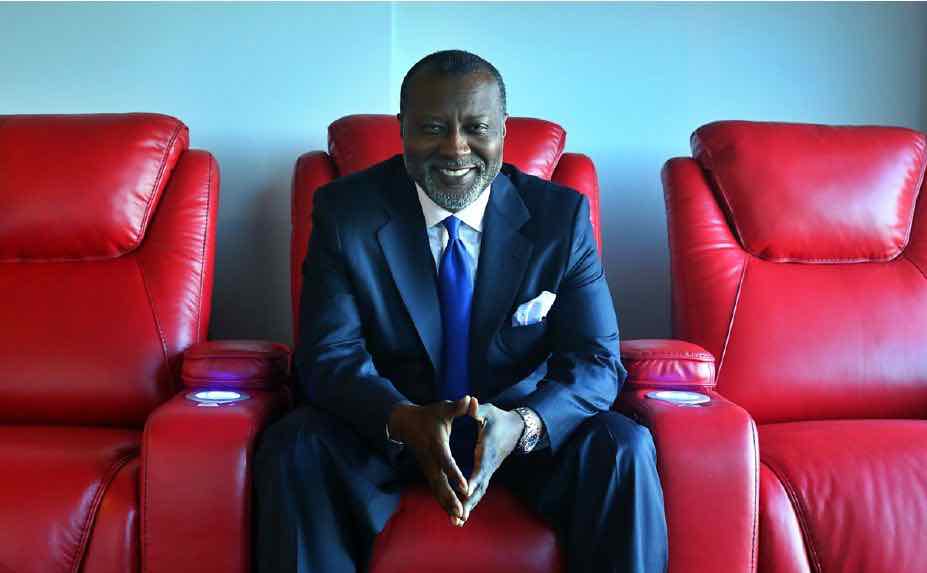 The Unity Ride is an uplifting concept, how did it come about?

Two guys who shared a passion for riding while often having different political views decided to do something they both loved together.  The went for a ride; a very long ride from New Orleans to Canada with stops along the Underground Railroad.

The two men, one white and one black, became the best of friends.  True friendship and collaboration come from doing, not talking. The Unity Riders showed that by doing what they loved . . . together.

Tell us why we shouldn’t miss The Unity Ride?

The Unity Ride is an example of what needs to happen all over the world.  We live in a time with so much meanness and tension. Social media allows people to connect with those who already share their point of view.  In this context, stereotypes are perpetuated instead of challenged.

Getting people together, whether it’s biking or simply sharing a meal, is a precursor to moving forward with better understanding.  The Unity Ride is an authentic look at a journey towards real freedom from all the stuff we’ve learned that has kept us apart as people and a nation. 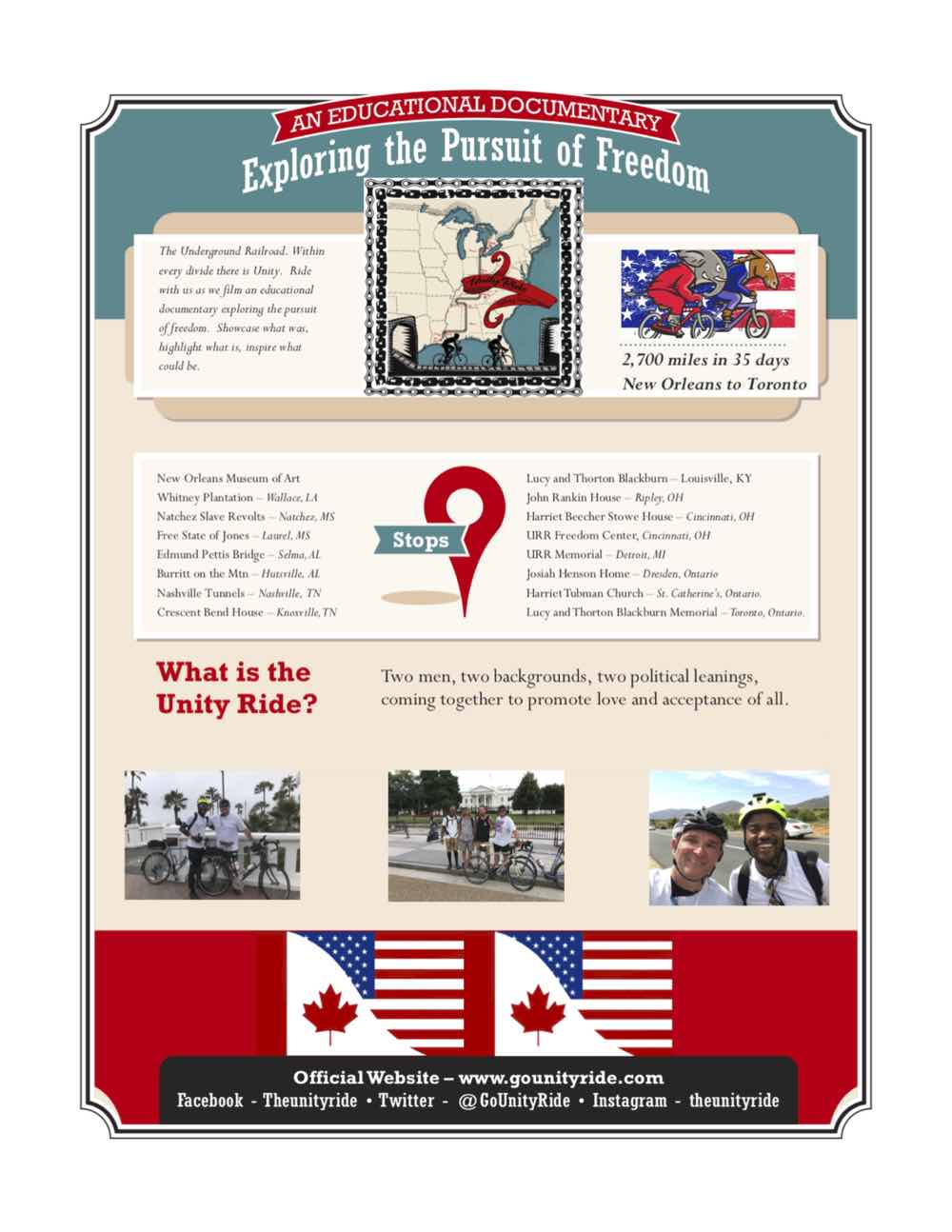 What parts of the story do you think will surprise our readers most?

I think your readers will be surprised at how close the Unity Riders became after spending a month together doing something they both enjoyed.  Their lives have been forever changed.

What were the biggest challenges in making this movie?

Filming on the road is unpredictable.  At one point, one of the bicycles was stolen and the whole project was put into jeopardy.  There are no professional actors in this story. There was no script. There were injuries.  The footage is authentic and the team was able to capture it.

I’m very proud of them for taking the ride and showing us a way to better days for all.  I was also happy that we were able to recover the stolen bike!

What do you hope viewers will take away from the film?

I hope viewers will leave the film knowing that we all can live and prosper in the United States.  Like the riders, I love America. And like The Unity Ride, our journey in America is full of ups and downs. Nonetheless, our nation has been good to me and I’ve been able to make a great living for myself and my family.

Sure, there are many things that we need to work on.  That’s true with most things in life. What The Unity Ride teaches is that you can reach out by sharing things you love.  Connecting with other human beings does not have to be hard. In fact, it’s often fun! 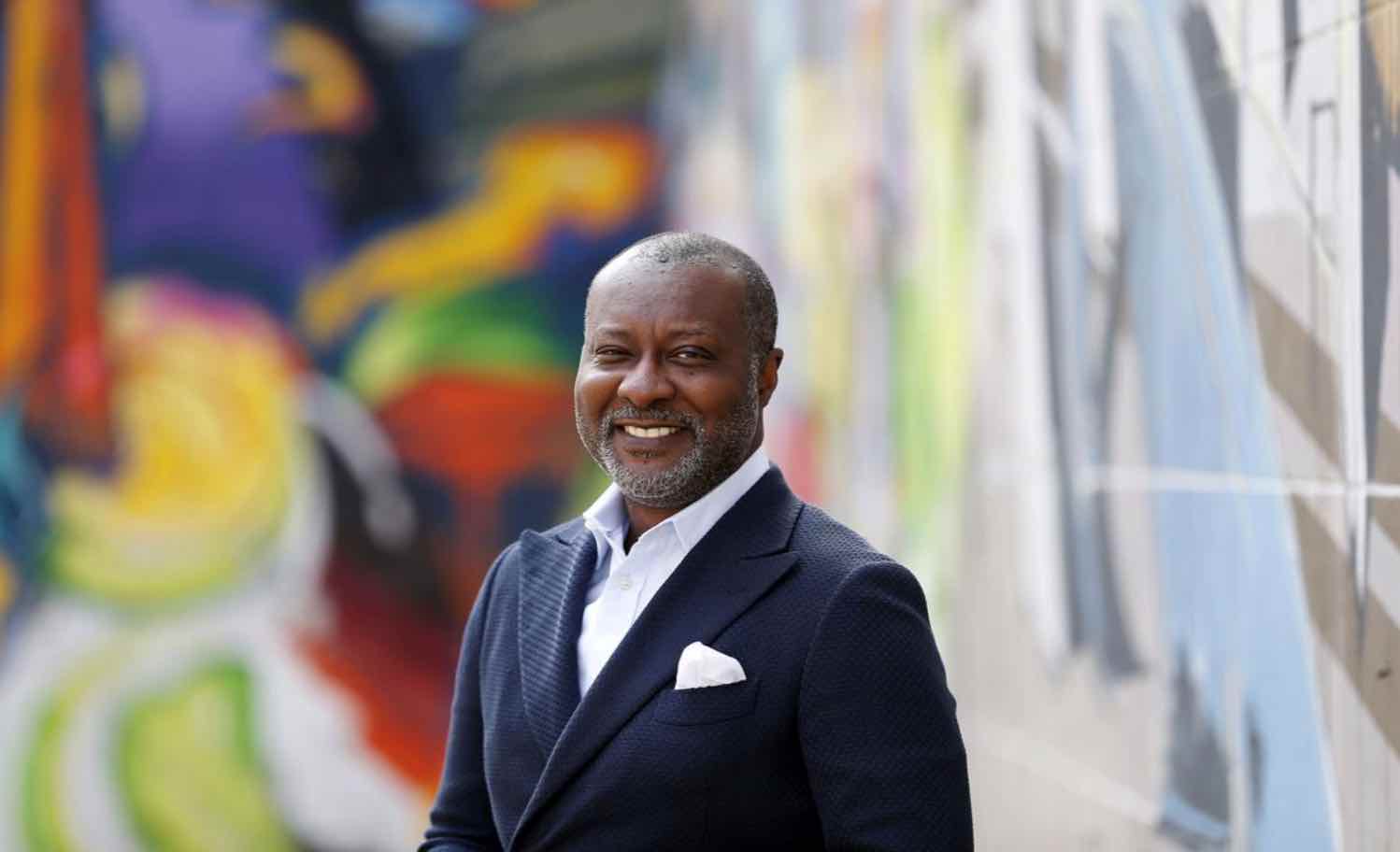 What other films have you got in the pipeline for us this year?

We will release 1 Angry Black Man this year.  Hell On The Border is still in limited theaters and On Demand everywhere.  Love Dot Com: The Social Experiment is also out On Demand everywhere.  We have a cartoon package for the book series Mr. Business: The Adventures of Little BK that we hope to find a home for.  It’s currently in front of 7 studios.

The Judge should come out this year in collaboration with The American Documentary Film Fund and Joseph will release later in the month in Ghana. We may do one or two other film projects this year, so stay tuned.

Who else can we expect you to collaborate with?

We’re open to working with any team that’s positive.  I’d love to do a project with MARCO and A24. I love the work that Debra Martin Chase did on Harriet and would welcome a project with Debra and her team.  I love biopics and also I have a lot of respect for pioneers who know this industry. I’m collaborating on MediaU.com with Adam Leipzig. I’d love to do a film with him too.

In 2020 we are going to keep all of that going and also launch an over-the-top (OTT) television network – SoulVision.TV on all platforms and we have collaborated with Stacy Spikes to launch PreShow.co, which will allow our members to join for free and go to any film in theaters nationwide for free after watching a 15-20 minute “pre-show” that is tied to the movie they select. 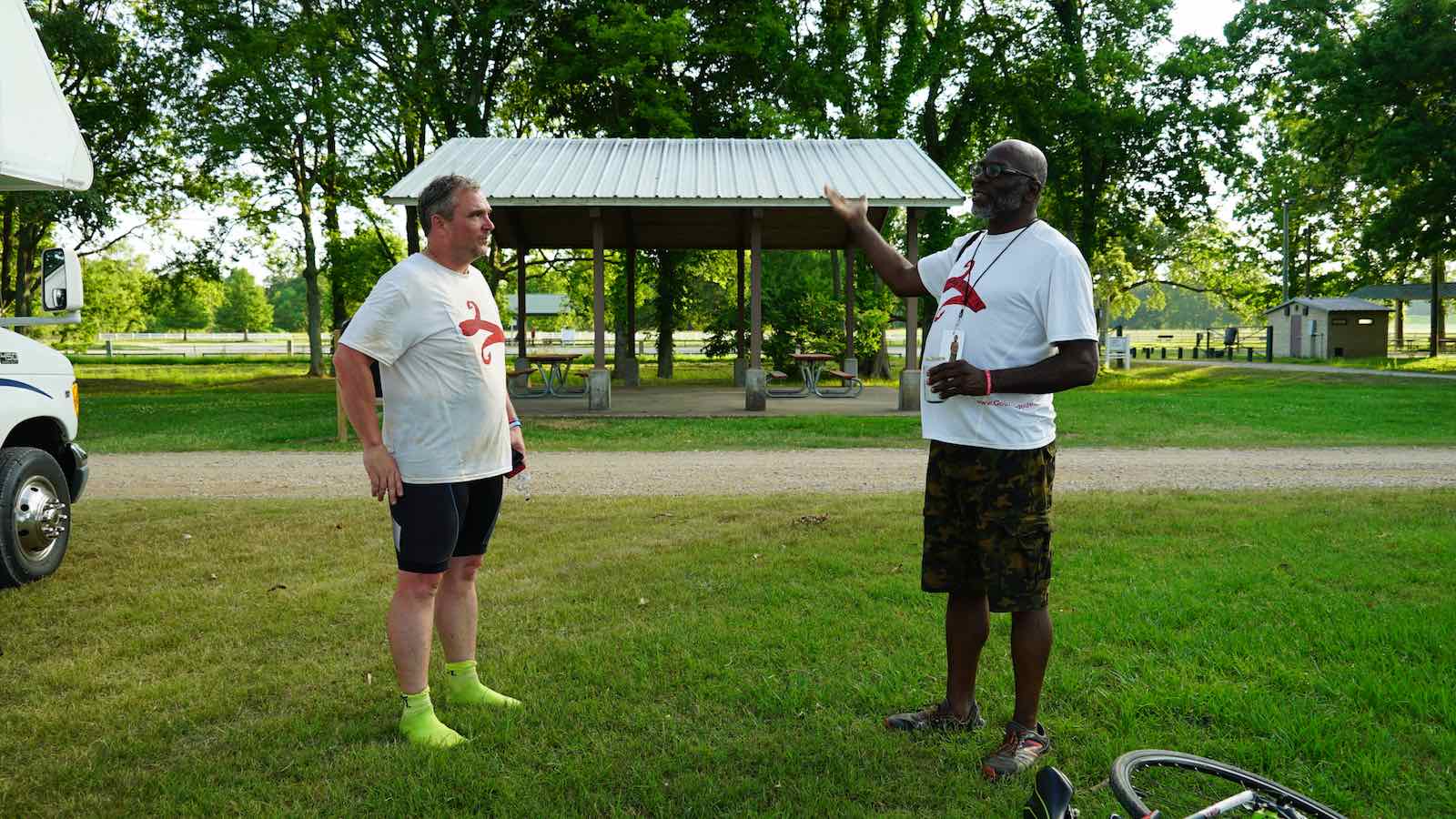 When can we see The Unity Ride?

The world premiere is 1/16/2020 in Richmond, VA.  All are invited. The Virginia Film Office, Virginians for Reconciliation, Ginger Juice and Soulidifly Productions are the sponsors.  After the world premiere, we will work with our producer’s rep to chart the next steps.  We have enough footage for a series. It would be great to see that get picked up.

Where can we see The Unity Ride?

Come to the world premiere.  After that, we may put it on our digital theater and stream it worldwide?  Viewers will need to check out Soulidifly.com for updates.

Are any of the Soulidifly team avid cyclists?

Yes.  Our EVP and Chief Creative Officer – “Q” — is a major cyclist.  BK, the Chairman & CEO just ordered an e-bike (the X-One). I’m not sure that counts, but he’s willing to go for long rides now. ☺  We could probably get Monty and Nick on a bike too. Yes, we ride.

How did Soulidifly come to hear about the project and get involved?

As noted above, Monty Ross brought the project to our attention.

How many movies is Soulidifly planning for 2020?

We are planning on at least 3-4 films being released in 2020.  I guess we’re going to have another big year in the “River-City!”